Culture
Georgy Manaev
Despite the sunny, uplifting feel of this famous painting, something sinister lies beneath. 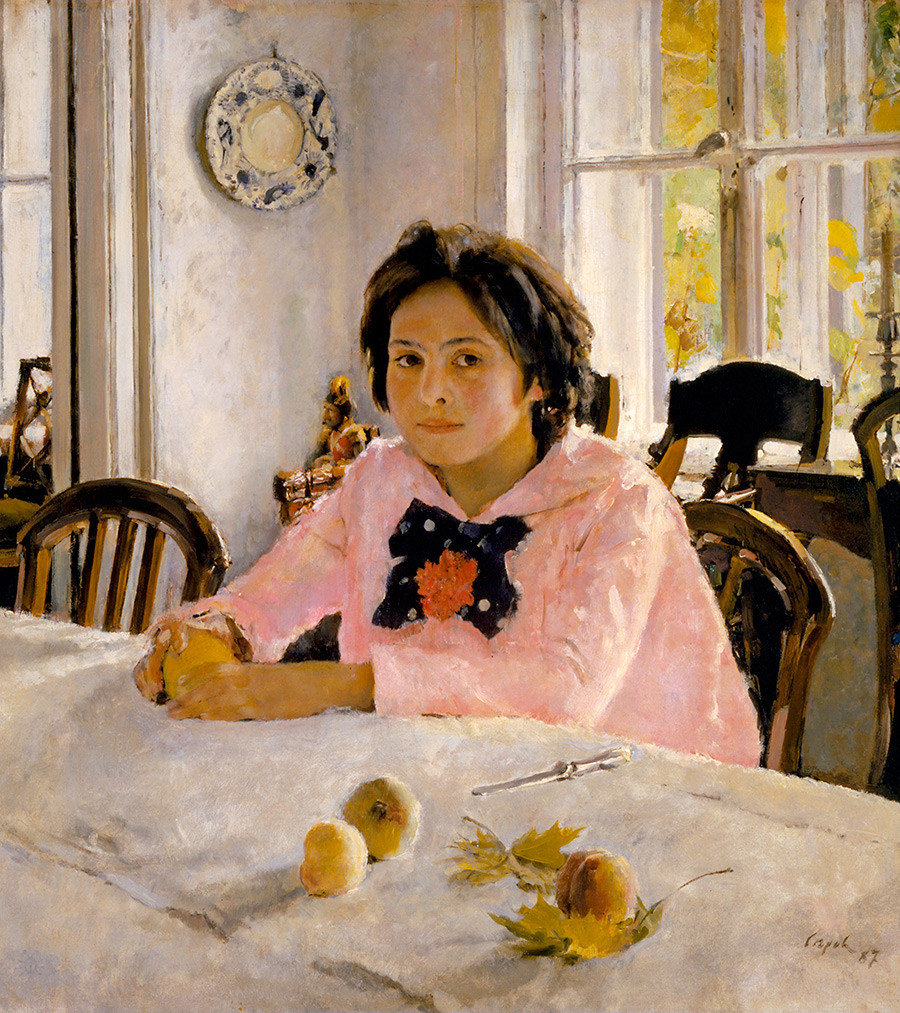 The girl in the painting is Vera Mamontova. She’s sitting in the dining room of her father’s country house, holding some peaches. A seemingly normal scene, but there’s something special about the peaches – they were grown in the village of Abramtsevo in the Moscow Region. 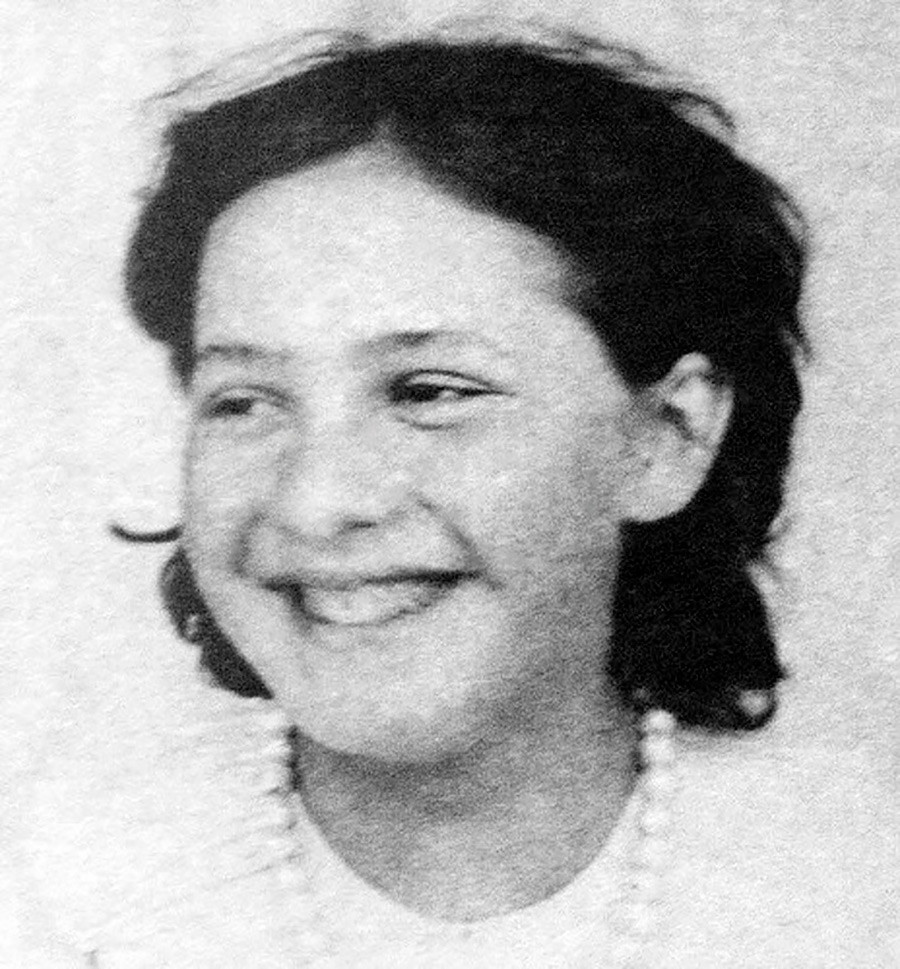 Abramtsevo was an art residence from 1870 when it was bought by Savva Mamontov, a rich merchant and businessman from an Old Believers’ family – he was a famous sponsor of arts. He invited many artists to Abramtsevo to hang out, enjoy nature, and paint. One morning, 22-year-old Valentin Serov, a family friend and already a renowned artist, saw 11-year-old Vera, Savva’s daughter, rush into the dining room to grab some peaches. For a month poor Vera was forced to pose for the painting.

“All that I strived to achieve is the freshness, this peculiar freshness that you always feel in nature and don’t see in paintings. I painted for more than a month and tortured her, poor thing, almost to death – I tried to preserve the freshness of the painting until the very end, just like the old greats did,” Serov wrote. 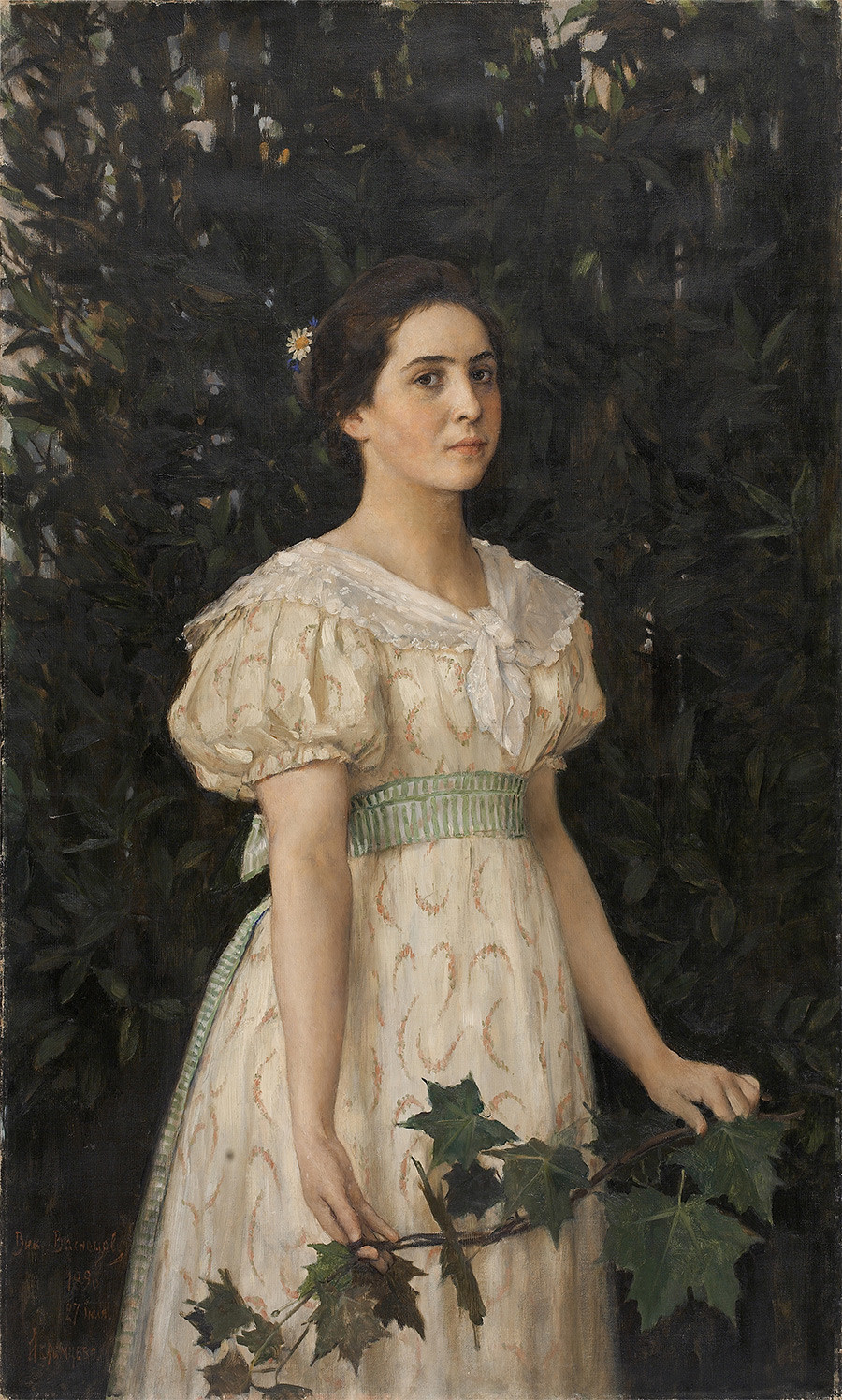 'Girl with a maple branch' (1886), a portrait of Vera Mamontova by Viktor Vasnetsov

Later in 1896, Viktor Vasnetsov would also paint Mamontov’s daughter – “Girl With a Maple Branch,” but this painting is nowhere near as famous. Vera eventually married Alexander Samarin, a wealthy and influential civil servant and a firm Orthodox believer. She died in 1907, at the untimely age of 32, of pneumonia and was buried in Abramtsevo. Vera and Alexander’s son, philologist Yuri Samarin (1904 – 1965), became an informer for the Soviet secret services and supplied information that led to many artists being jailed and executed in the 1930s.

The wooden toy grenadier that can be seen sitting on the windowsill in the artwork is still chilling out in the same spot today, it’s unmoved.