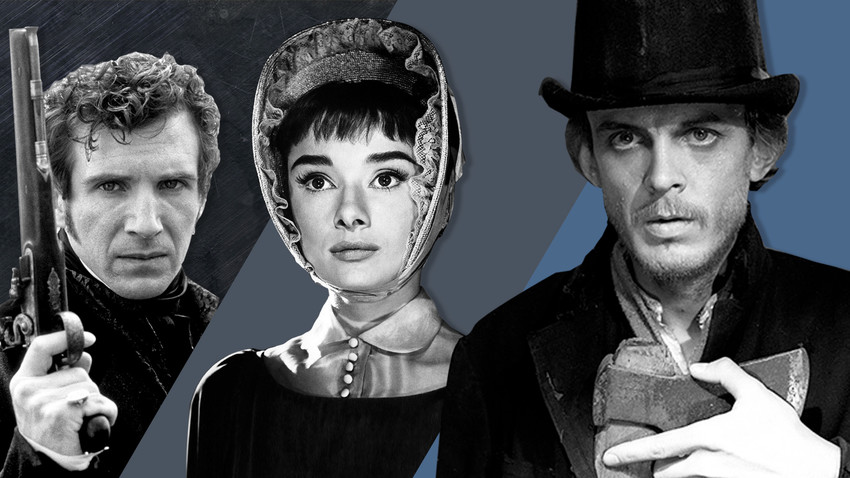 Do you know them all?

Lev Kulidzhanov/Gorky Film Studio, 1970; King Vidor/Paramount Pictures, 1956/Getty Images
Even if you’re not an avid reader, you should know at least half of this list of heroes, villains and broken souls.

Defining popularity may be difficult, especially when speaking of fictional characters – so we’ve applied different criteria for these glorious (or hideous) people, all the creatures of the imagination of Russian writers: number of screenings and Google page impressions, interviews with foreigners and so on. Here’s what we came up with: 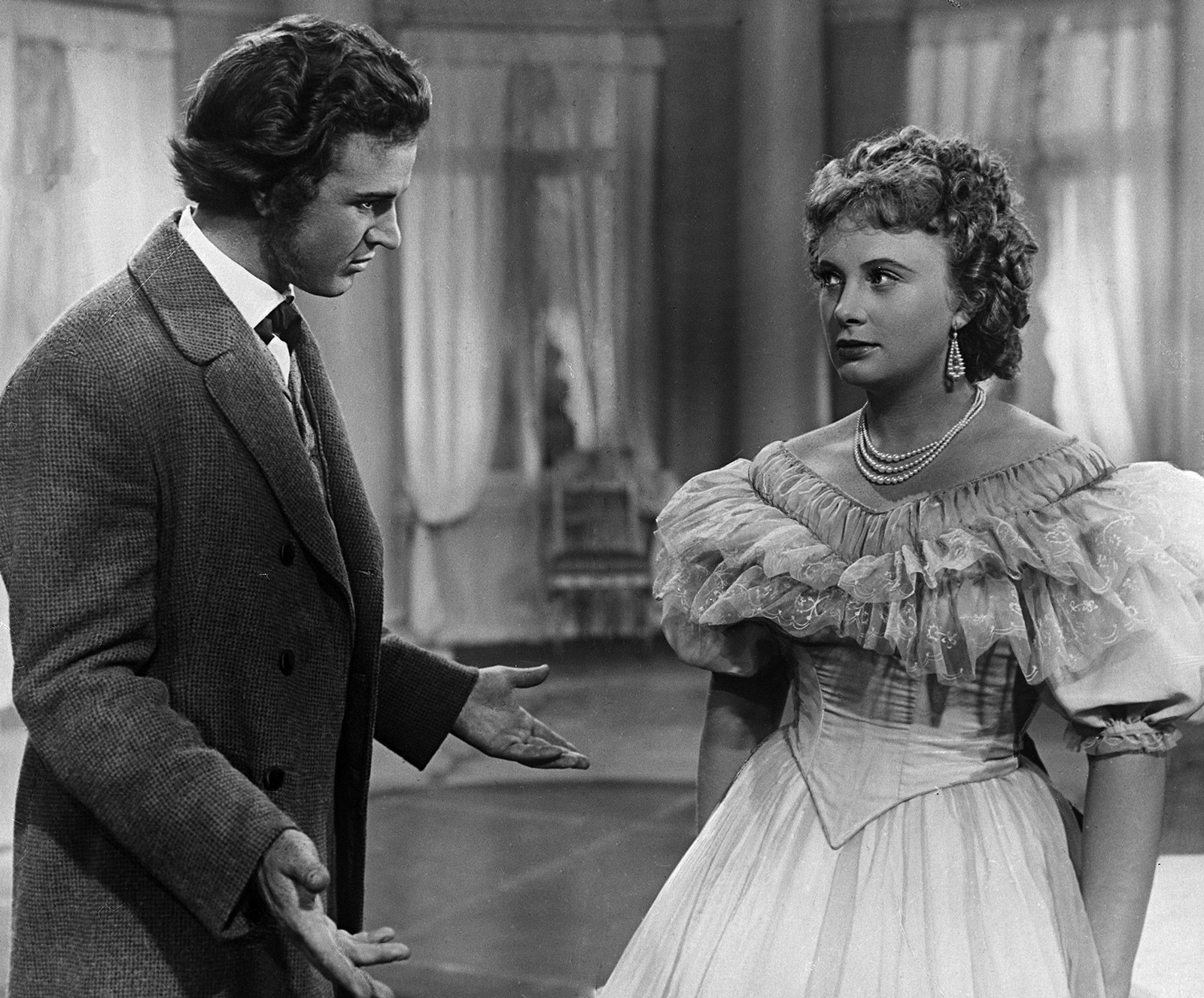 Bazarov (L) speaking to a woman, which he never was particularly good at.

A nihilist is a person who rejects every conservative value that society clings to, one who cries out loud “To hell with that, that’s all hypocrisy and nonsense!” The concept itself is rather ancient – yet in Russia it was Ivan Turgenev who portrayed the ideal nihilist, Yevgeny Bazarov, in his most famous novel Fathers and Sons (1862).

Young doctor Bazarov crudely criticizes all highbrow conversations on politics and love, finding all of it senseless chatter, which shocks all those around him. He works a lot, tries to help people – but tragically finds himself as helpless and senseless as everyone else. 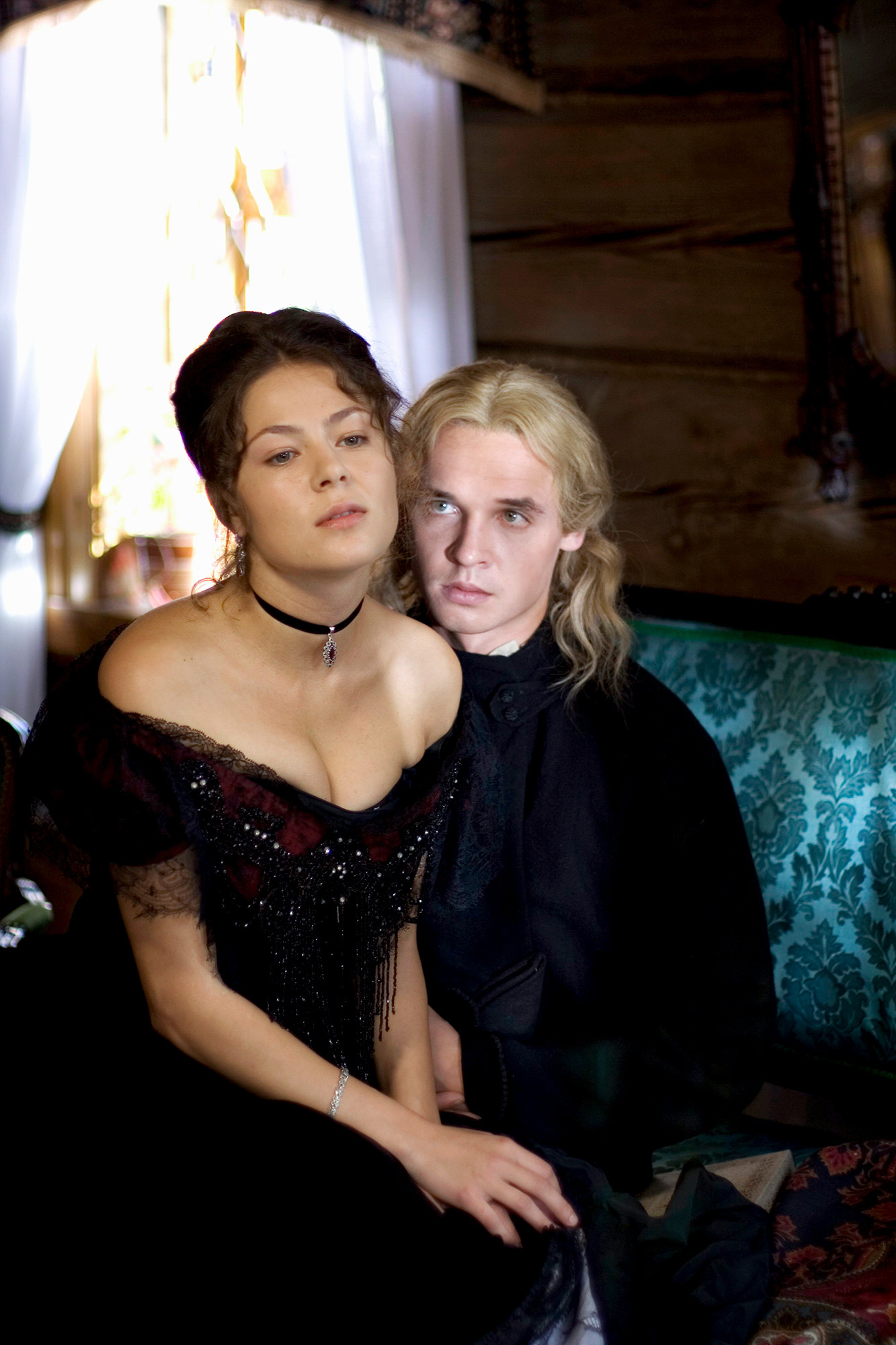 Alyosha (R) is usually portrayed as some kind of an angelic creature.

Courtesy of the First Channel/Sputnik

Among the three Karamazov brothers, the heroes of the eponymous novel by Feodor Dostoevsky, Alyosha is the youngest, the most popular on Google – and his author’s most beloved character. As his brothers Dmitry and Ivan symbolize passion and rationalism respectively, Alyosha embodies a Christian soul, clean of sin and full of love. In The Brothers Karamazov he works as a mirror for the other characters – who, speaking to him, always full of mercy and understanding, reveal themselves. Later, he joins a monastery – but Dostoevsky, who planned a sequel, suggests he might become a revolutionary. 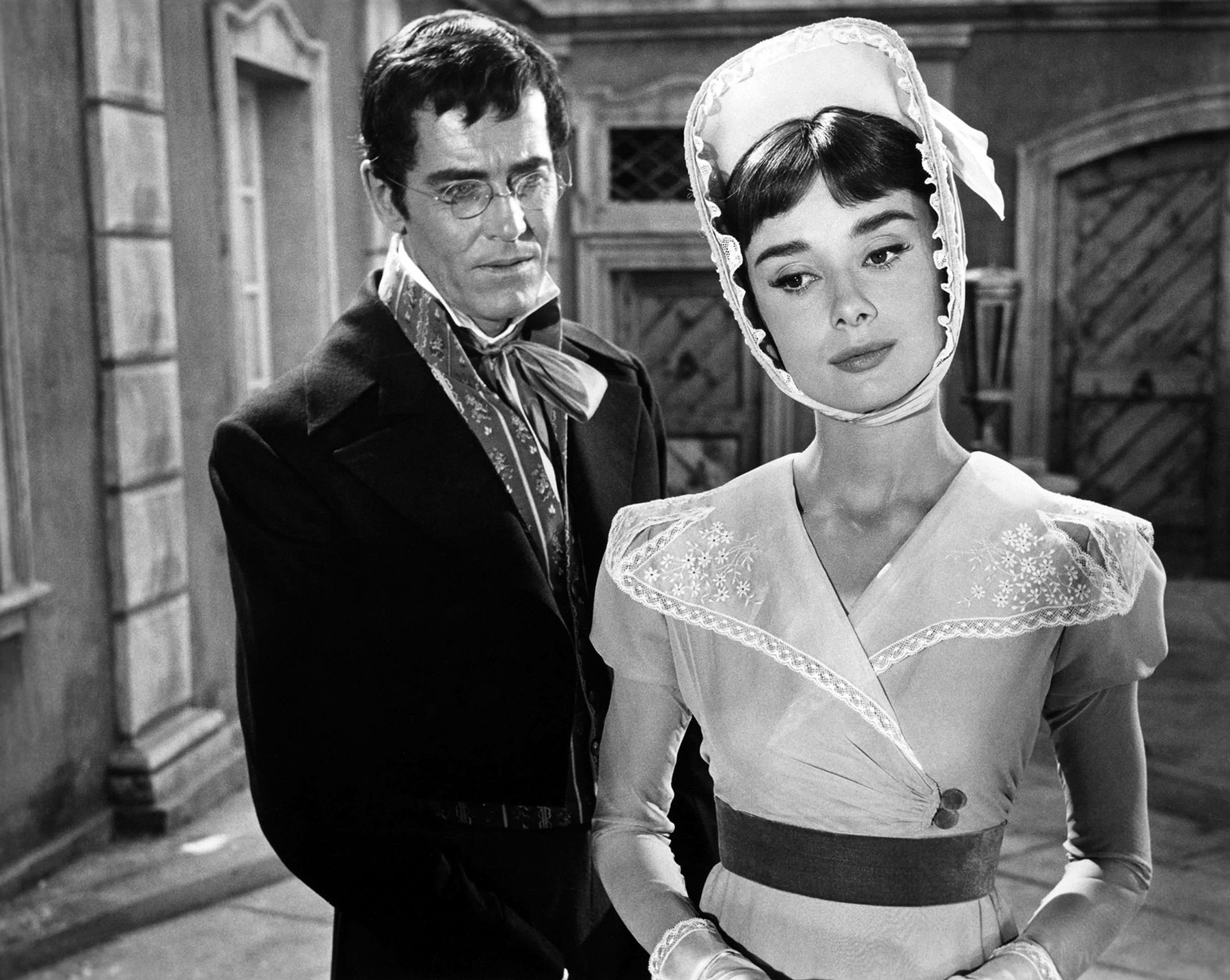 Audrey Hepburn was one of many actresses to portray Natasha Rostova, Tolstoy's ideal woman, on the screen.

Just like Alyosha, Natasha Rostova, a young noblewoman from Leo Tolstoy’s War and Peace, proved herself more popular than the two other most important characters of that epic novel (Pierre Bezukhov and Andrei Bolkonsky), according to Google. This is hardly surprising – neither Pierre nor Andrei were played by Audrey Hepburn (in the 1956 Hollywood movie).

Through the four volumes of War and Peace, Natasha transforms from a 13 year-old naïve teenager, through a passionate young woman in search of love, into a stout mother of four – Tolstoy’s ideal of feminine evolution. Throughout the book Natasha is a gentle and kind creature, always ready to help her neighbors. 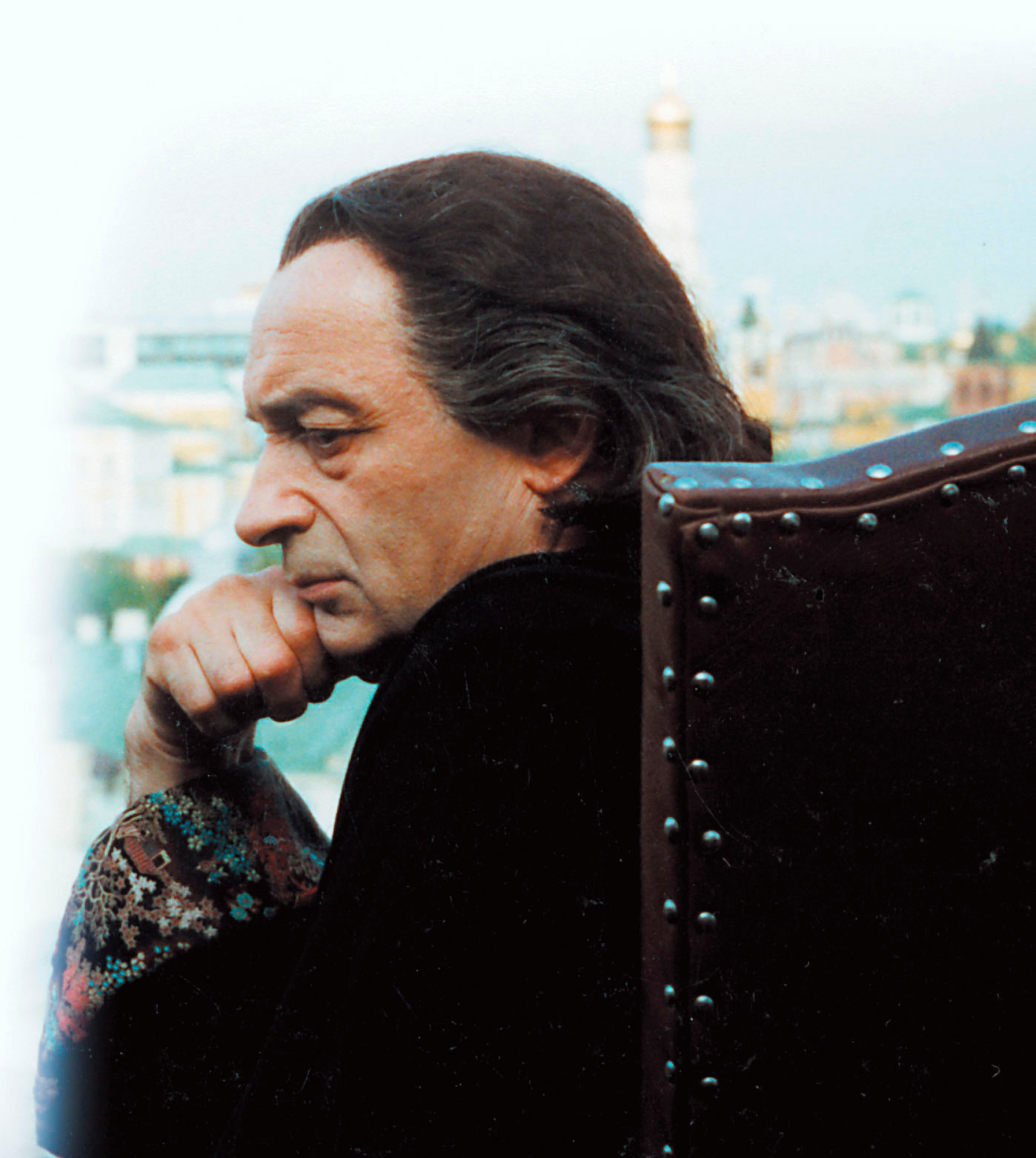 “They tell all you children: ‘the devil, he's a villain’ but it ain't necessarily so” go the verses of one old blues song, and Mikhail Bulgakov, the author of The Master and Margarita, couldn’t agree more. Professor Woland, at first shown as “a foreigner” that visits 1930s Moscow, is, in fact, the devil, who has arrived to inspect the Socialist city with an entourage of grotesque demons.

Bulgakov doesn’t show Woland as an evil creature: he is more of a philosopher who only punishes bad people and beholds Soviet citizens with interest, only to find that there is nothing new about them – and eventually he flies away, leaving the pungent odor of sulfur in the air. 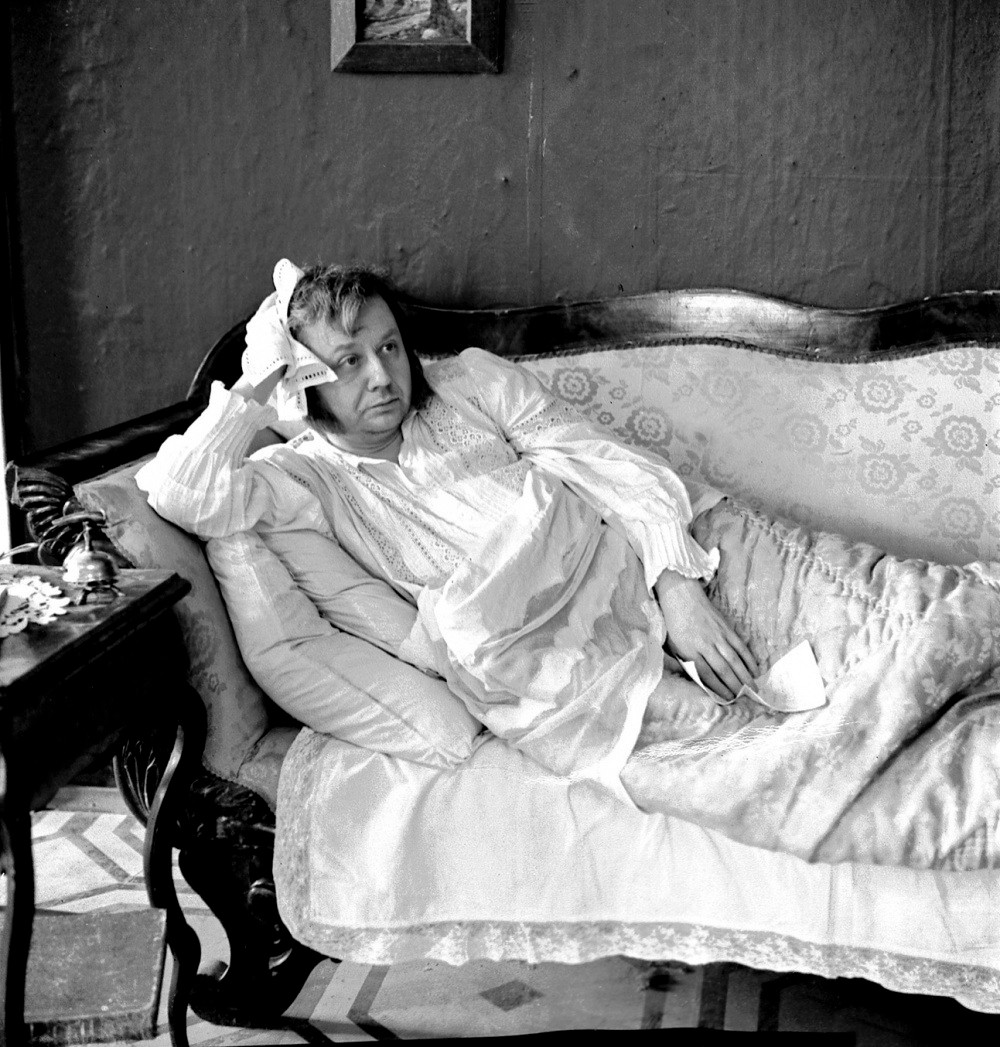 Ilya Oblomov in his comfort zone - on the sofa.

Eponymous characters always stand out – but that’s not the only thing that makes Ilya Oblomov from Ivan Goncharov’s 1859 novel Oblomov special. He is a real couch-potato lifestyle crusader: throughout the novel, he mostly and literally lies on the couch fantasizing of great deeds he will accomplish, but never actually doing anything to realize them.

It’s a very Russian type of laziness – dreaming of something great but, out of fear, never even taking a step towards it. “There is a big part of Oblomov in each one of us,” wrote critic Nikolay Dobrolyubov, Goncharov’s contemporary. So to some extent, Oblomov is the most Russian literary character ever written. 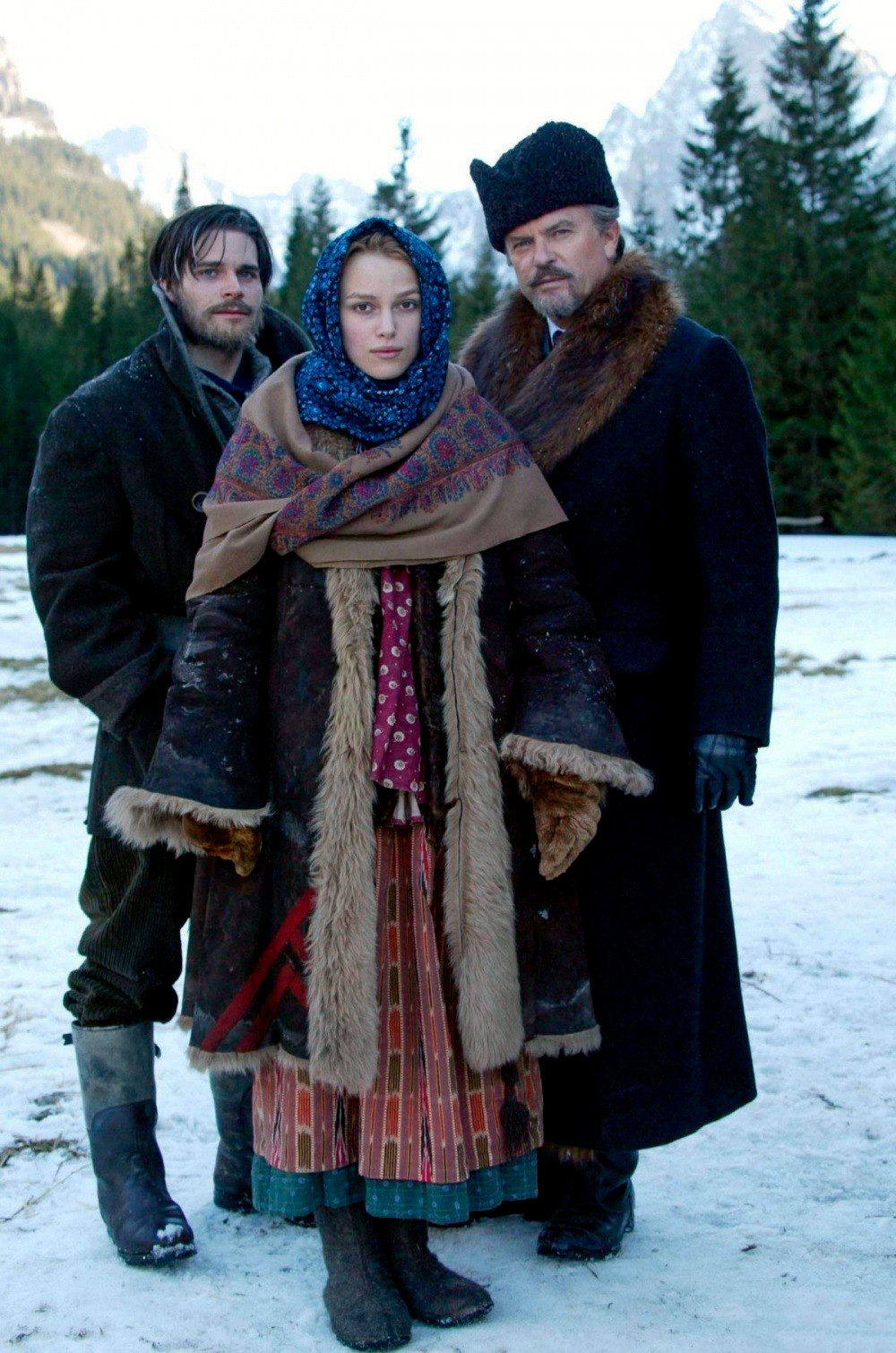 Another eponymous character (from Boris Pasternak’s 1957 novel Doctor Zhivago), Yuri Zhivago is a physicist whose life traces the horrors of revolutions and civil war in early 20th century Russia – but never loses its dignity. Doctor Zhivago brought Pasternak a Nobel Prize and lots of troubles at home (the Soviet authorities were dissatisfied with a novel about an intellectual). The novel remains a hit; several film adaptations have been made, including the 2002 version starring Keira Knightley – so it comes as no surprise that Zhivago is still remembered. 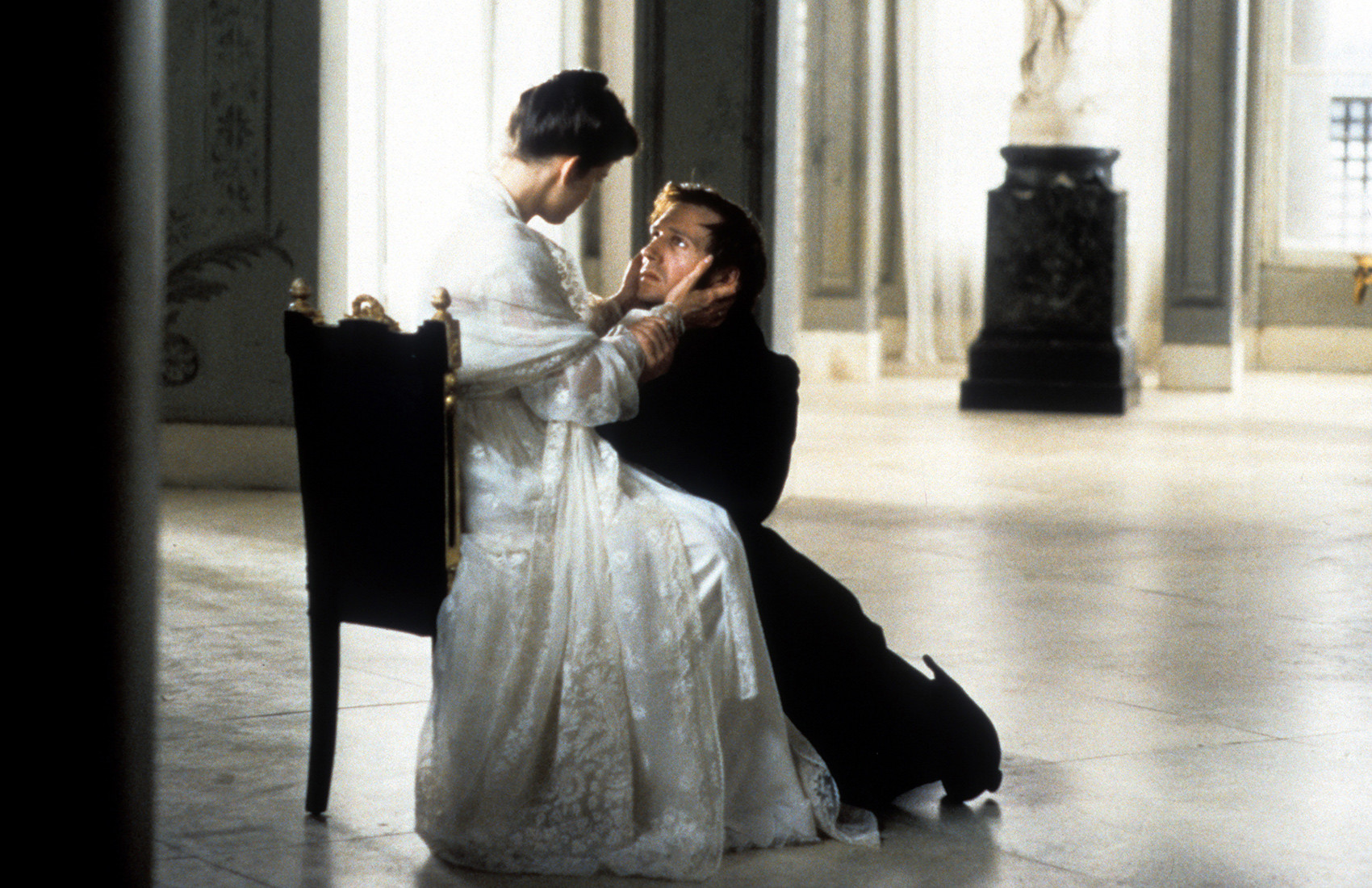 Ralph Fiennes as Eugene Onegin, on his knees.

In Russia Eugene Onegin, a novel in verse by Alexander Pushkin, is one of the most well-known books ever. School children still literally have to learn sections by heart, so you will remember something for the rest of your life whether you like it or not.

Overseas, people are less familiar with the story of Onegin – a young jaded aristocrat who ruins the lives of others but finds himself broken too. But several talented translations into other languages, Petr Tchaikovsky’s opera and a British-American 1999 film with Ralph Fiennes certainly add up to Onegin’s popularity. We included him in the list of greatest jerks in Russian literature – but it doesn’t make his story less interesting. 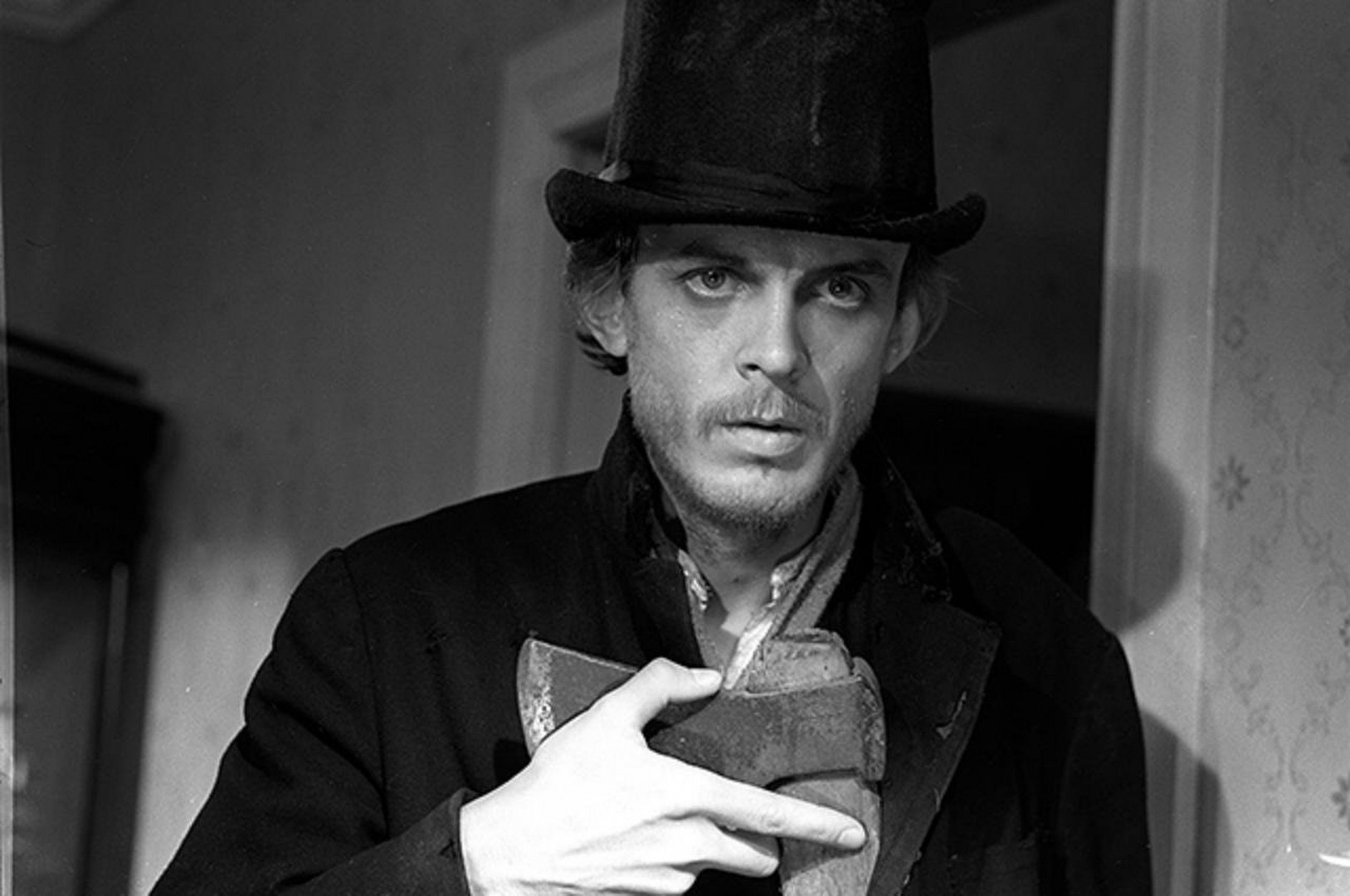 Raskolnikov with his best friend - an ax.

The most popular of all Dostoevsky’s characters, Raskolnikov from Crime and Punishment has long turned into a meme for killing old ladies with an ax. But back in the days of Dostoevsky, he embodied the idea of a sinful intellectual who dares take the other’s life because of his abstract superior ideas. He pays a great price, though, not only by being found out and imprisoned but, what’s more important, through suffering great remorse and moral collapse. And, eventually, by turning into an internet meme… 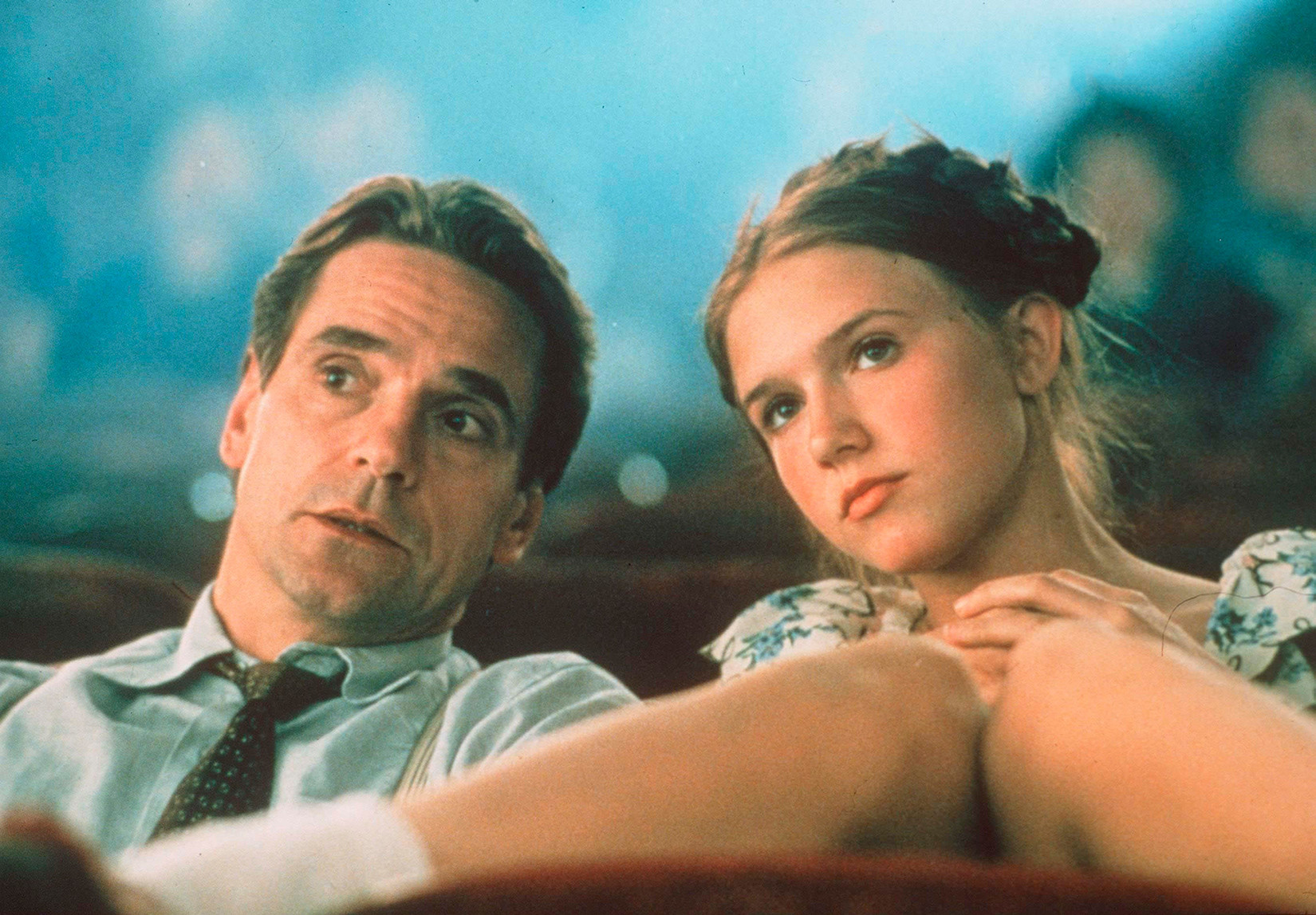 Technically, Vladimir Nabokov wrote Lolita (1955) in English and the eponymous heroine of the novel is American but as Nabokov used to be a Russian author and translated Lolita to Russian himself we couldn’t help but include her in the list. The story of a young girl told by a pedophilic narrator, Lolita triggered such a storm in conservative quarters in the U.S. when it was published, that it’s impossible to forget it. There have been numerous adaptations: two films (one by Stanley Kubrick), a musical, two ballets and an opera.

Lolita the character remains a symbol of lost innocence – even though we see her through the eyes of a molester, who portrays her as a somewhat vicious and insidious girl. Anyway, it’s impossible not to grieve for her terrible fate. Perhaps that’s the reason she remains famous. 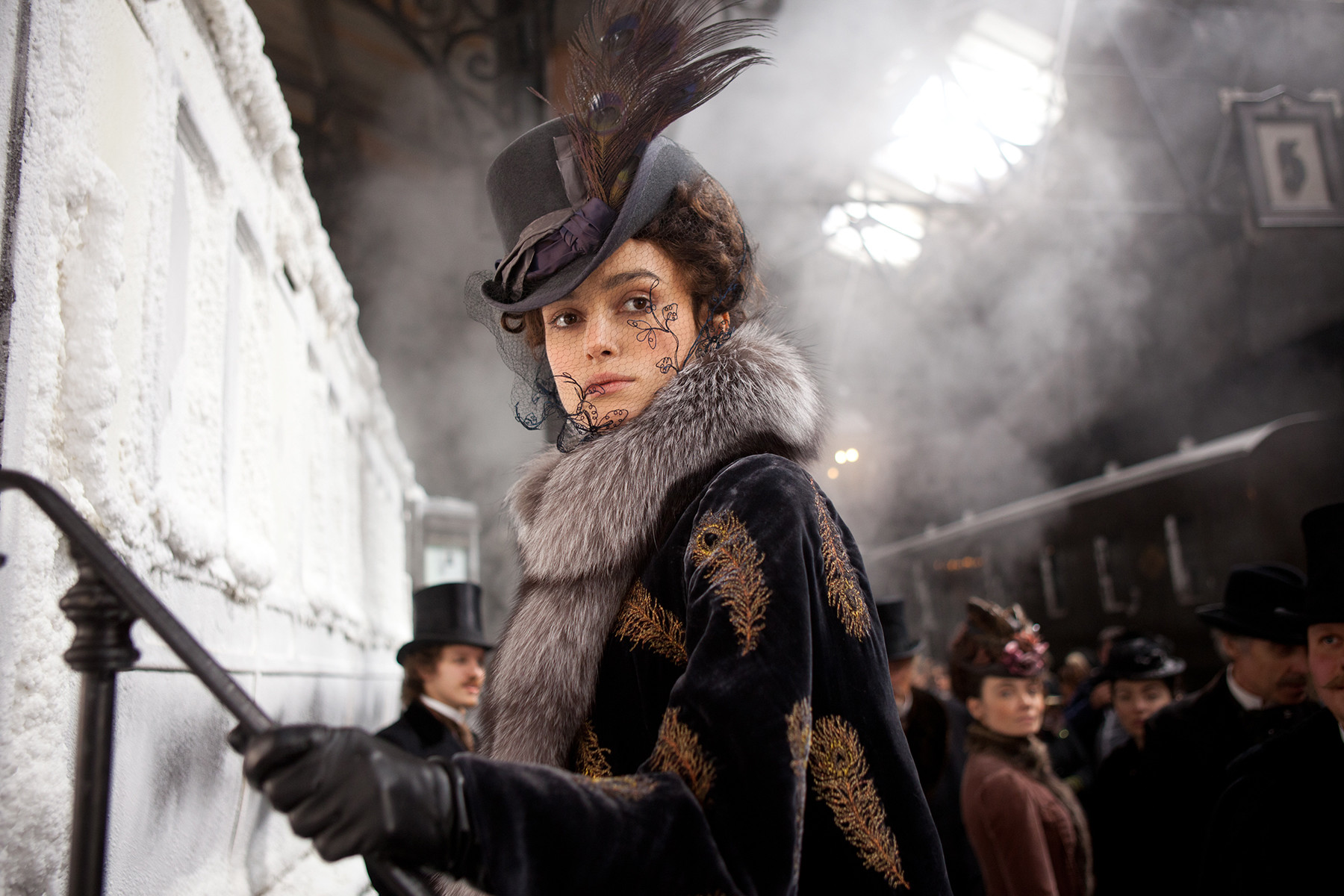 Perhaps Kira Knightley was a doubtful choice for the Karenina character yet Joe Wright's version attracted attention to Tolstoy's classic one more time.

She is a real champion, which comes as no surprise – the main heroine of the eponymous novel written by one of the most famous Russian authors Leo Tolstoy, adapted around 30 times times by directors and movie-makers of all kind, and simply a portrait of a passionate, strong woman whose desire for happiness tragically collides with the conservative values of 19th century Russia. If a foreigner knows one character from all Russian novels, there is a great chance it will be Anna Karenina.