10 Russian short stories that will change your life dramatically

Culture
Alexandra Guzeva
Russian literature is not only the panoramic, doorstopping 'War and Peace' or the long existentialist tribulations of 'Crime and Punishment.' We present a list of (much) shorter works that create a no less vivid impression on the reader (and can be read through in the bath or on the plane). 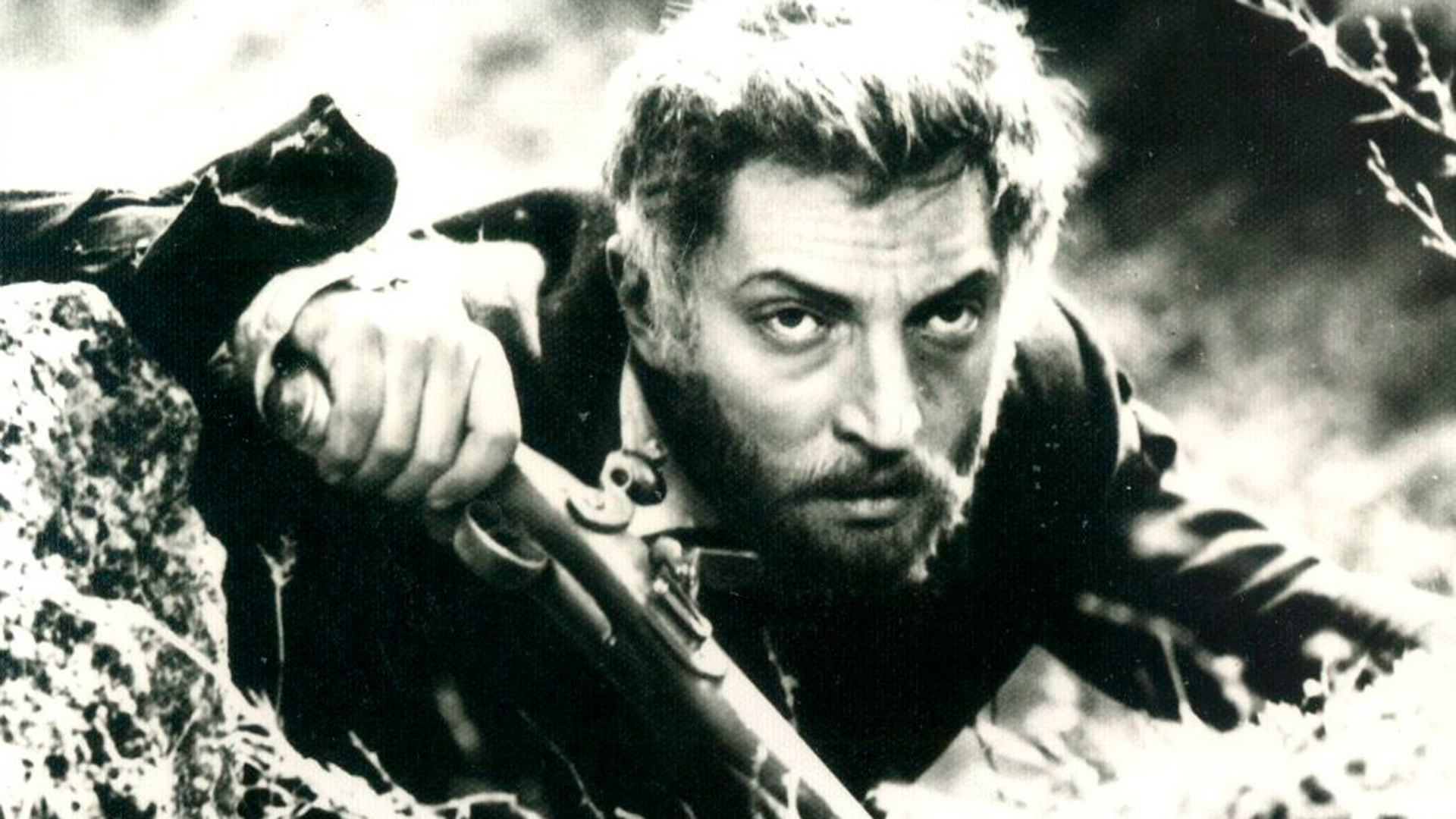 After reading this tale, you will forever stop offending others without good reason. After all, payback time will come one day – and at the happiest moment of your life when you are least prepared.

This is the story of former officer Silvio, who lives in a small town and harbors some kind of secret. Plus he’s an excellent shot. It turns out that the past few years of his life have been spent solely in anticipation of an unfinished duel.

Incidentally, the story is from the collection Tales of Belkin, and we recommend reading every one of them – they are all exquisite. 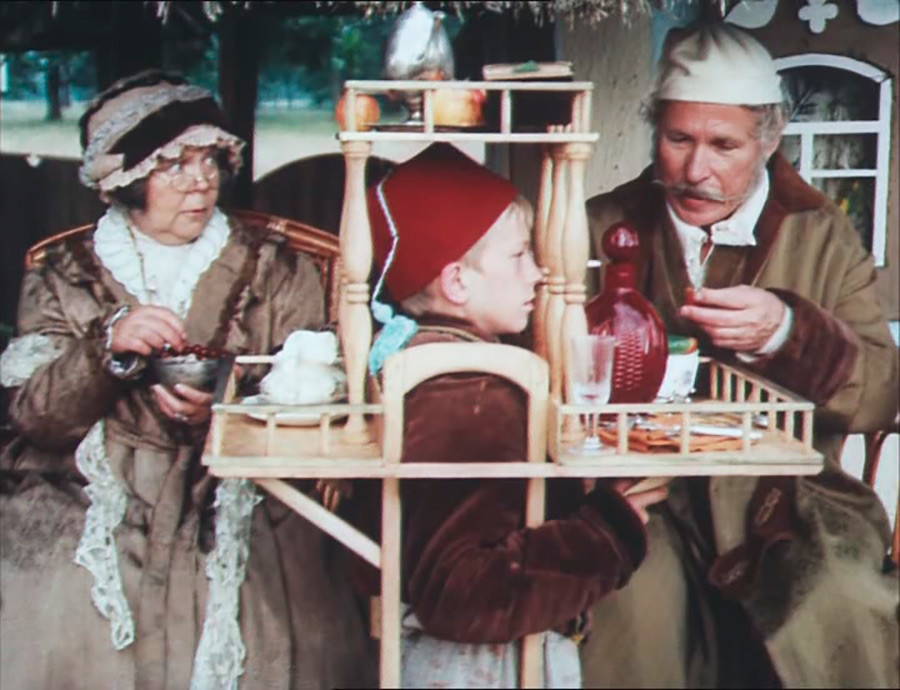 Even if you could find a quiet place to escape the troubles of modern life, and live there peacefully with your other half, death will still come and get you. That’s the optimistic message to take from this tale.

Afanasy Ivanovich and Pulkheria Ivanovna are a good-hearted, childless old couple, very tender to each other, who live together by themselves in a small village. But what happens if one of them dies, leaving the other completely alone?

The story is part of the Mirgorod cycle, which contains several other curiosities: a horror tale about the risen dead, a novella about love, betrayal, and filicide, and a black comedy about a pair of quarreling “friends.” 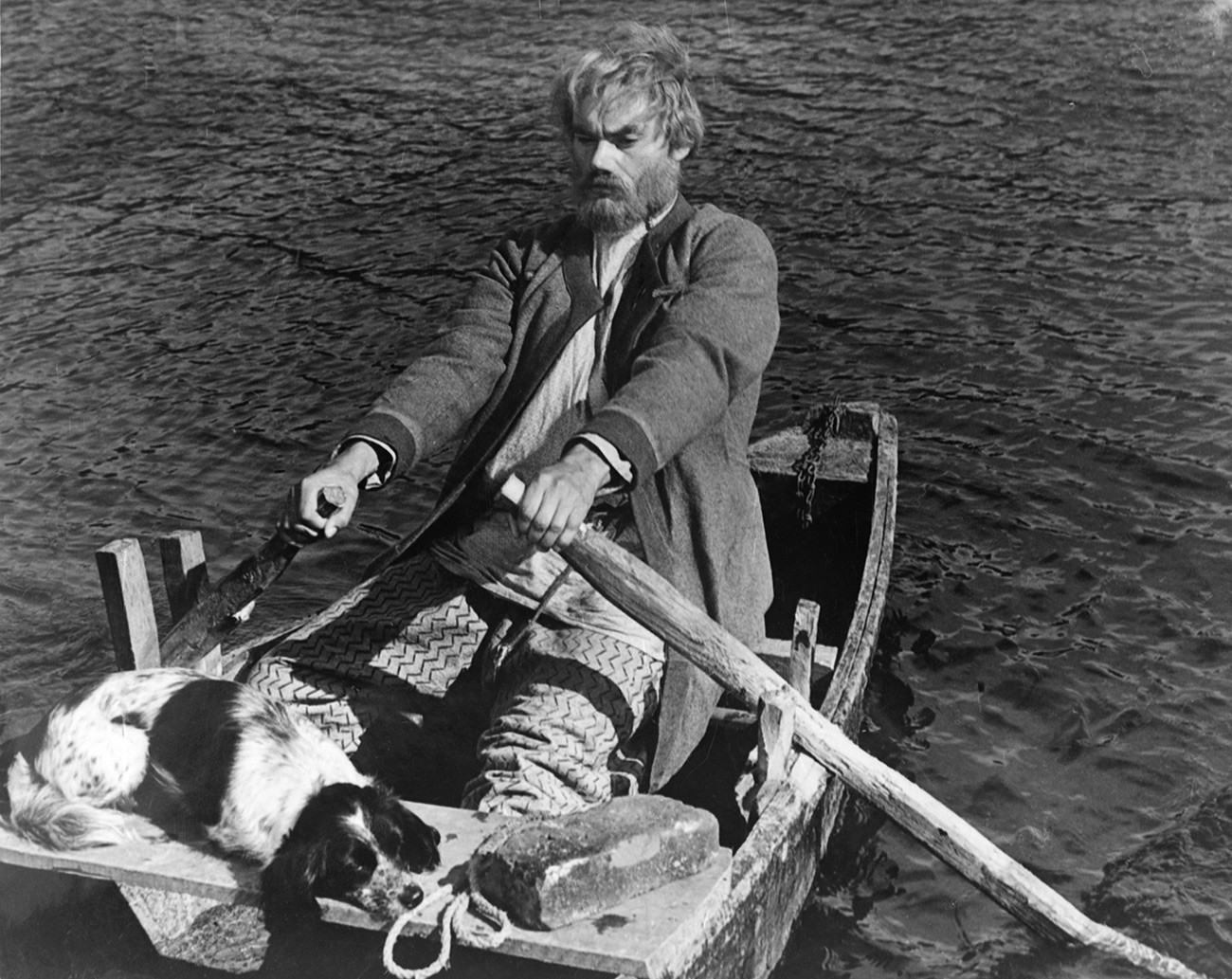 Although slavery was abolished in the U.S. in 1863, and in Russia in 1861, there are still slaves in today’s world. What if you yourself were a slave? And some stupid, cantankerous owner ruled your fate? And gave away your sweetheart to another man and made you drown your beloved dog...?

This is the story of Gerasim, a deaf, mute janitor, and the cruel Moscow landlady (said to be based on Turgenev’s mother) who takes pleasure in mocking him and other serfs.

Schoolchildren have been shedding tears over Gerasim’s miserable fate for more than half a century. 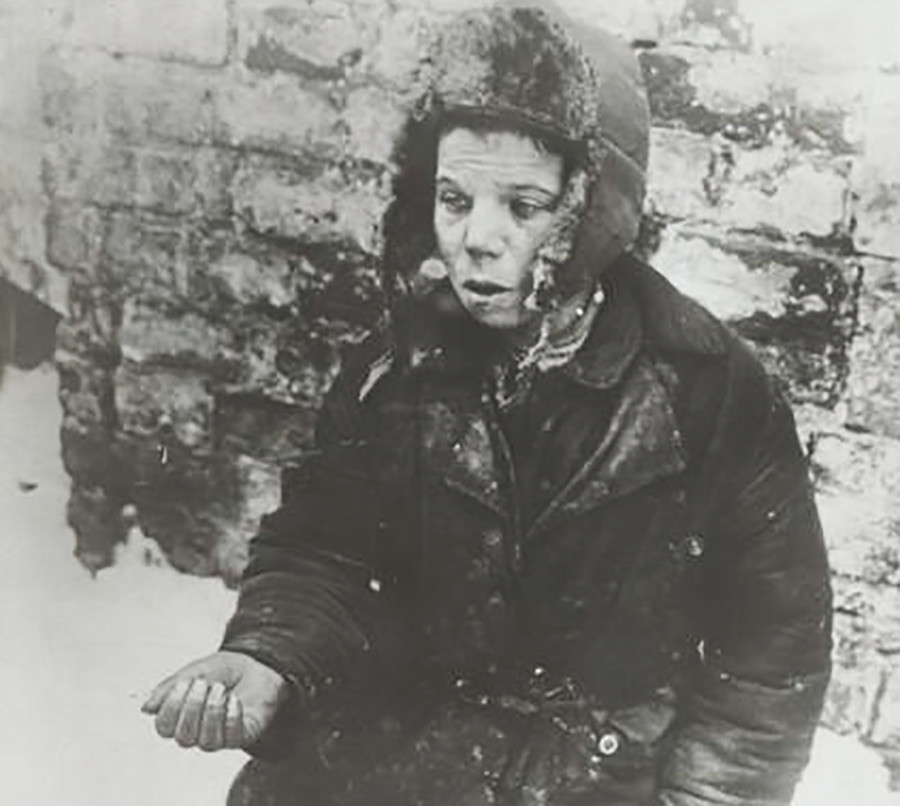 After reading this story, you will never be able to ignore child beggars again. It features the familiar Dostoevskian theme of poor orphans trying to survive in a cold, indifferent St Petersburg.

The story tells the tale of a boy who is forced to beg for alms even in the most terrible cold. If he doesn’t get anything, he will be beaten. But the boy’s fingers are so numb that he cannot even keep hold of a coin given to him. Then he finds a secluded place where he feels warm and safe, and it seems to him that Christ himself is calling him to a feast, where kind-hearted children kiss him gently...

We won't give away the ending, but remember it’s Dostoevsky, not Disney… 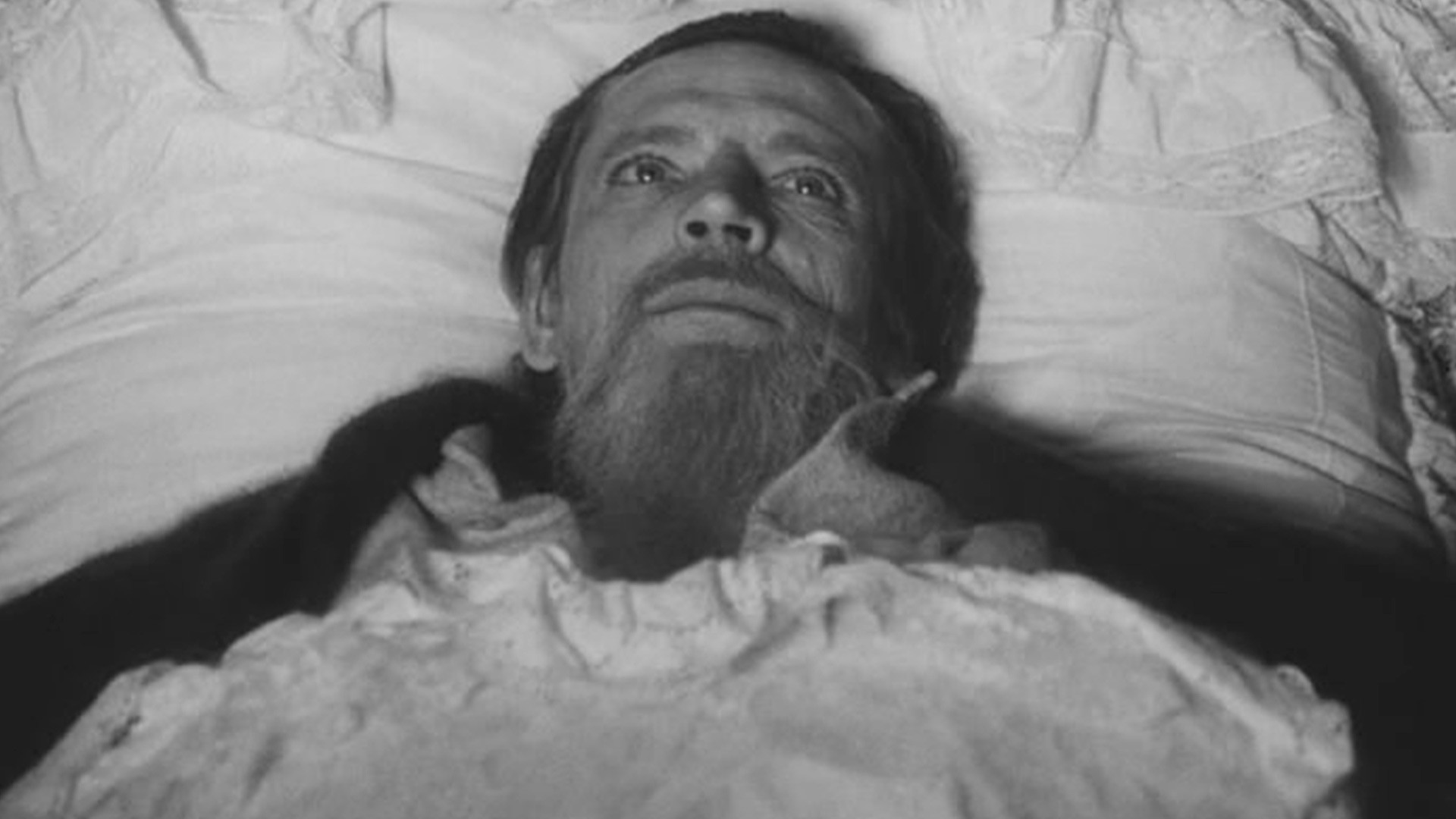 To paraphrase a character from Master and Margarita, the drama of man is not that he is mortal, but that his mortality sometimes arrives very suddenly. And until it does, no one is aware of it. This story will make you remember that death could be waiting for you on the next step of the escalator (we hope it isn’t).

Tolstoy describes not just the death, but the dying of Ivan Ilyich, who suffers a seemingly innocuous fall. But over time, the pain intensifies, and Ivan becomes irritable and ultimately bed-ridden. Lying there, he mentally retraces his entire life, and finds solace in someone he would never previously have even considered talking to... 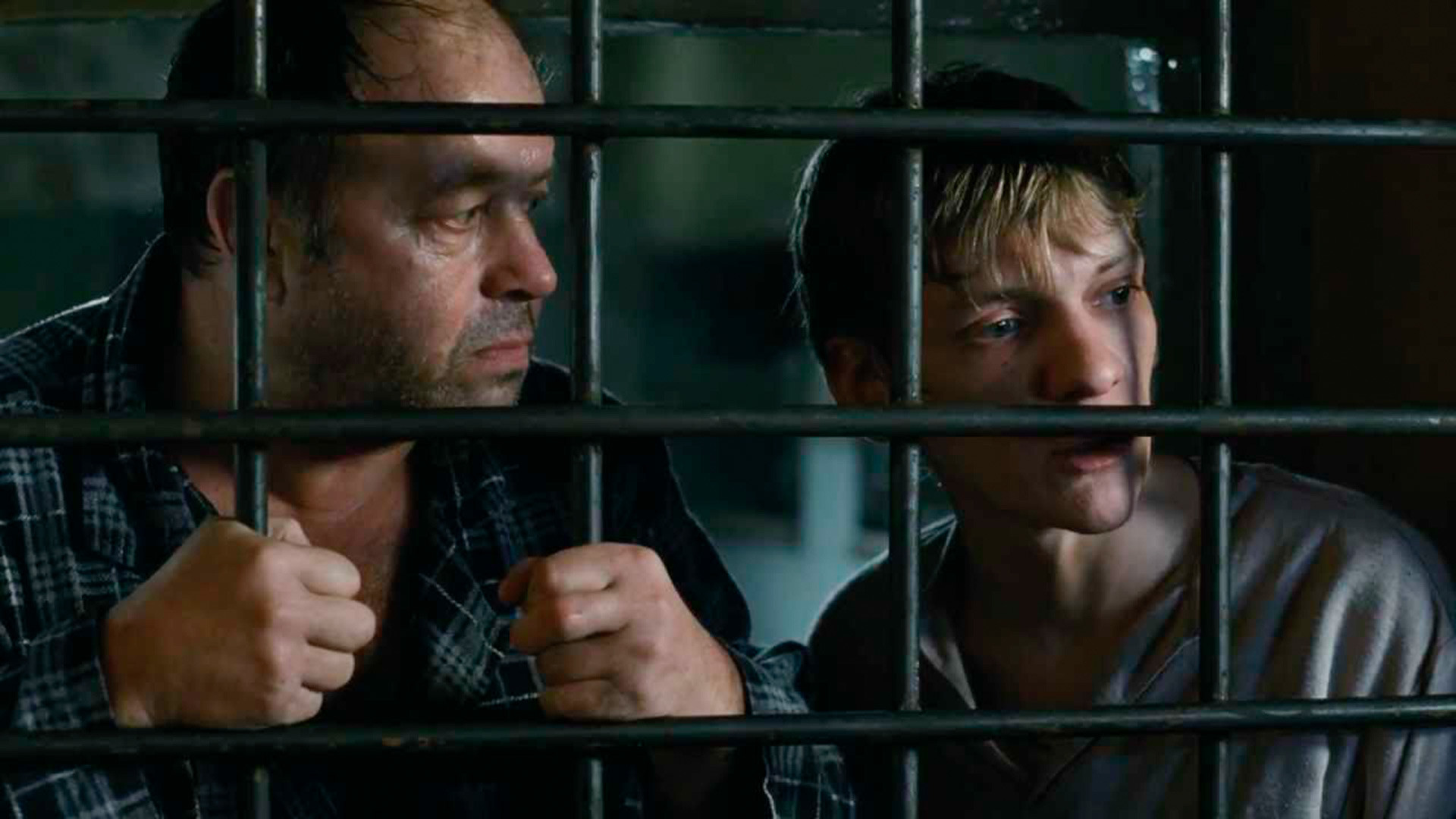 Are you sure you’re not crazy? And that there’s a clear dividing line between you and someone incarcerated in a psychiatric hospital? Read this and you’ll start to have doubts.

Andrey Ragin is a town doctor who visits an asylum for the mentally ill, where the conditions are inhumane. But the doctor is in no hurry to rectify the situation, for he believes it makes no difference what conditions the patients live in, given that they are mad and will die anyway. In any case, the only reason he goes there is for the stimulating conversations he has with one of the supposedly insane patients... that is until Ragin himself is suspected of insanity.

Chekhov wrote many short stories, and perhaps more than any other Russian writer it is he who helped develop this genre. “Brevity is the sister of talent” is a famous phrase attributed to him. He was able to express complex ideas so concisely that anyone could understand them. “Ward No. 6” was later adapted for the screen in several countries. 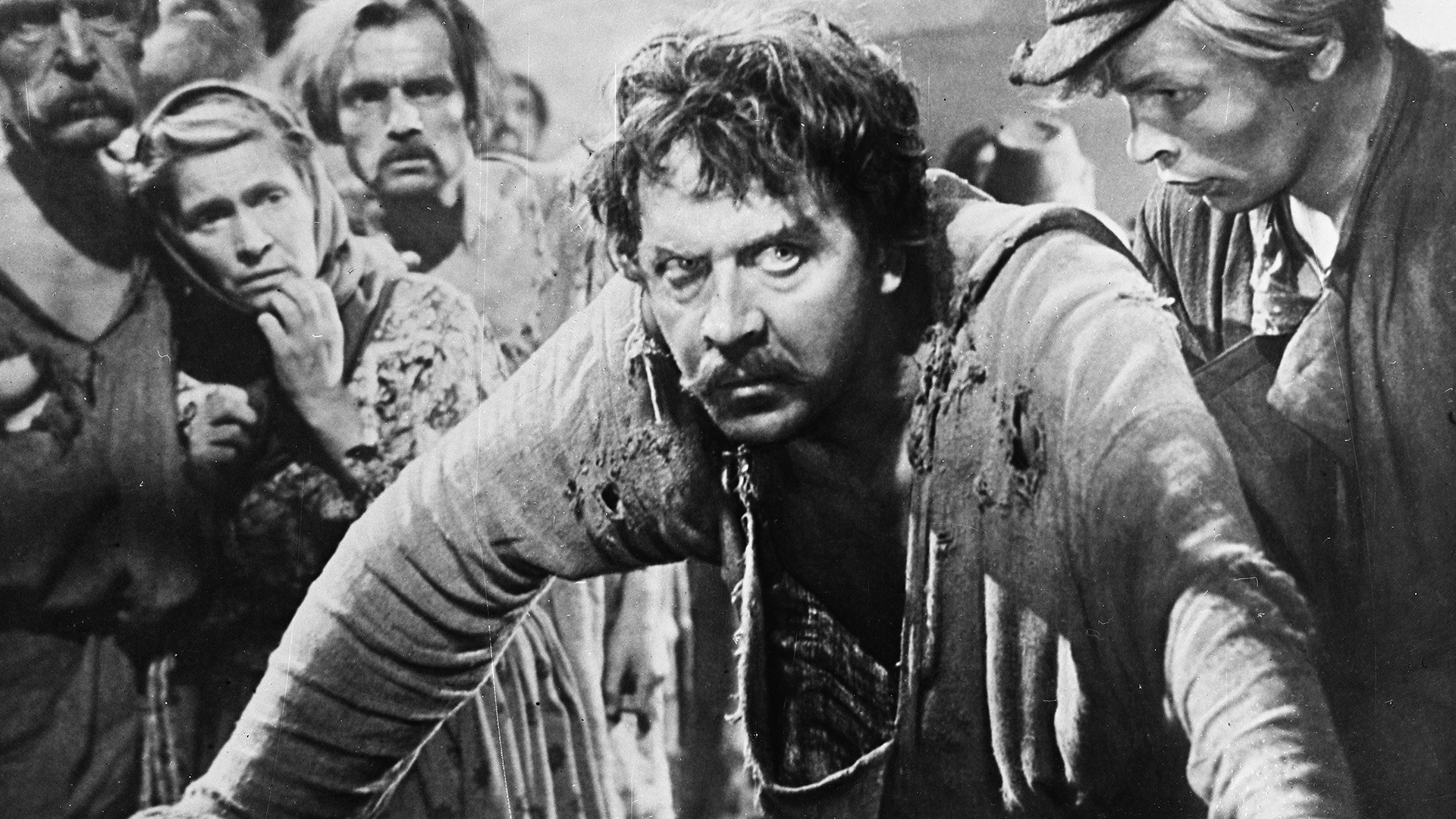 Chelkash is a free-spirited thief who prowls the Black Sea port of Odessa. Through his complex and dangerous relationship with a greedy peasant boy in need of money, whom he uses as an accomplice in a smuggling operation, his own nature is revealed.

When the story was published, Gorky, the eulogizer-in-chief of the proletariat, was condemned for excessively romanticizing the image of Chelkash. After all, such a strong-willed, freedom-loving thief might give law-abiding readers bad ideas. 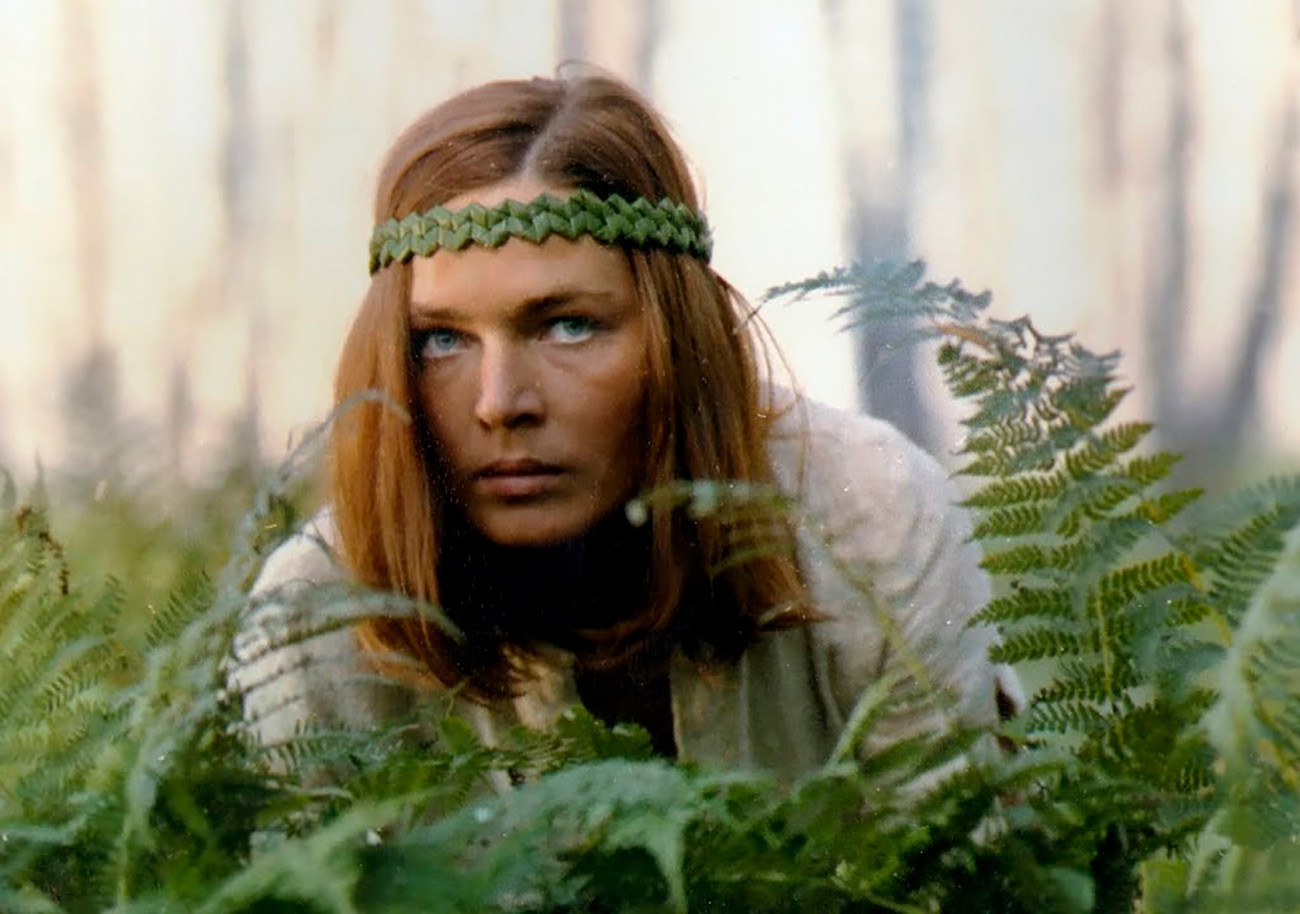 Do you think loving someone is about going to cafes and vacationing by the sea? Are you ready to protect your loved one from the hands of an angry mob? And how would you stay safe afterwards?

On duty, the young Ivan arrives in a remote village. One day, like in a fairy tale, he gets lost in the forest and stumbles upon a hut that is home to an old woman, considered by everyone to be a witch, and her beautiful granddaughter, who seems to possess magical powers.

Ivan tries to help the women from the wrath of the village, but his intervention in their lives has unfortunate consequences... 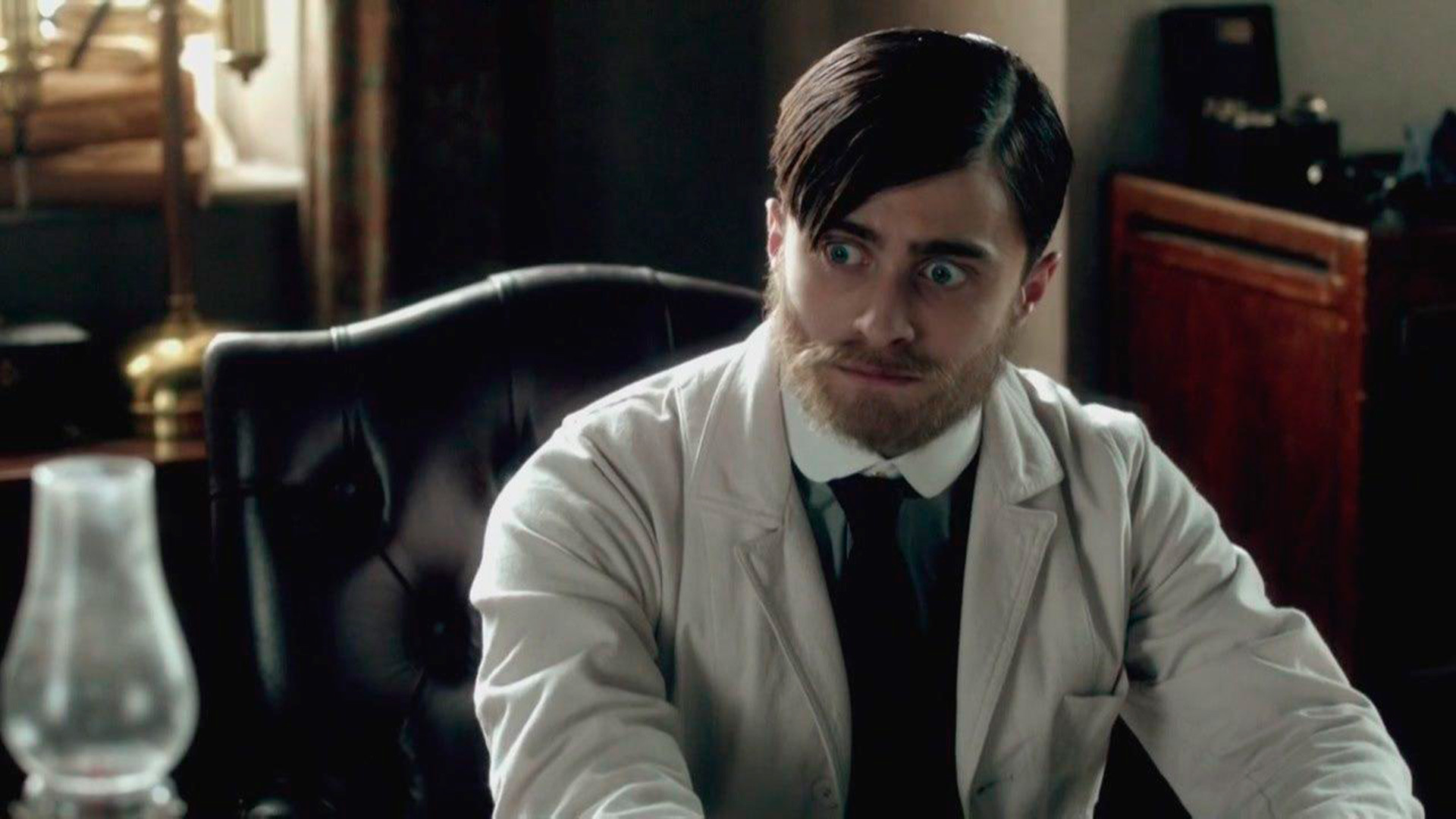 A dizzying, destructive tale about the perils of drug addiction from the man who gave us the above-mentioned phantasmagorical Master and Margarita.

A young doctor (Bulgakov, like Chekhov, was a medical man) finds the diary of a colleague who has shot himself. In it, the man describes how he was left by his beloved woman and how he began to inject morphine to stop the pain in his stomach. Russia was being torn apart by revolution and civil war, yet his only concern was morphine. He kept increasing the dose and was soon unable to live without the drug. But it is his “secret wife” who suffers most of all, because it was she who out of pity brought him that first fateful dose... 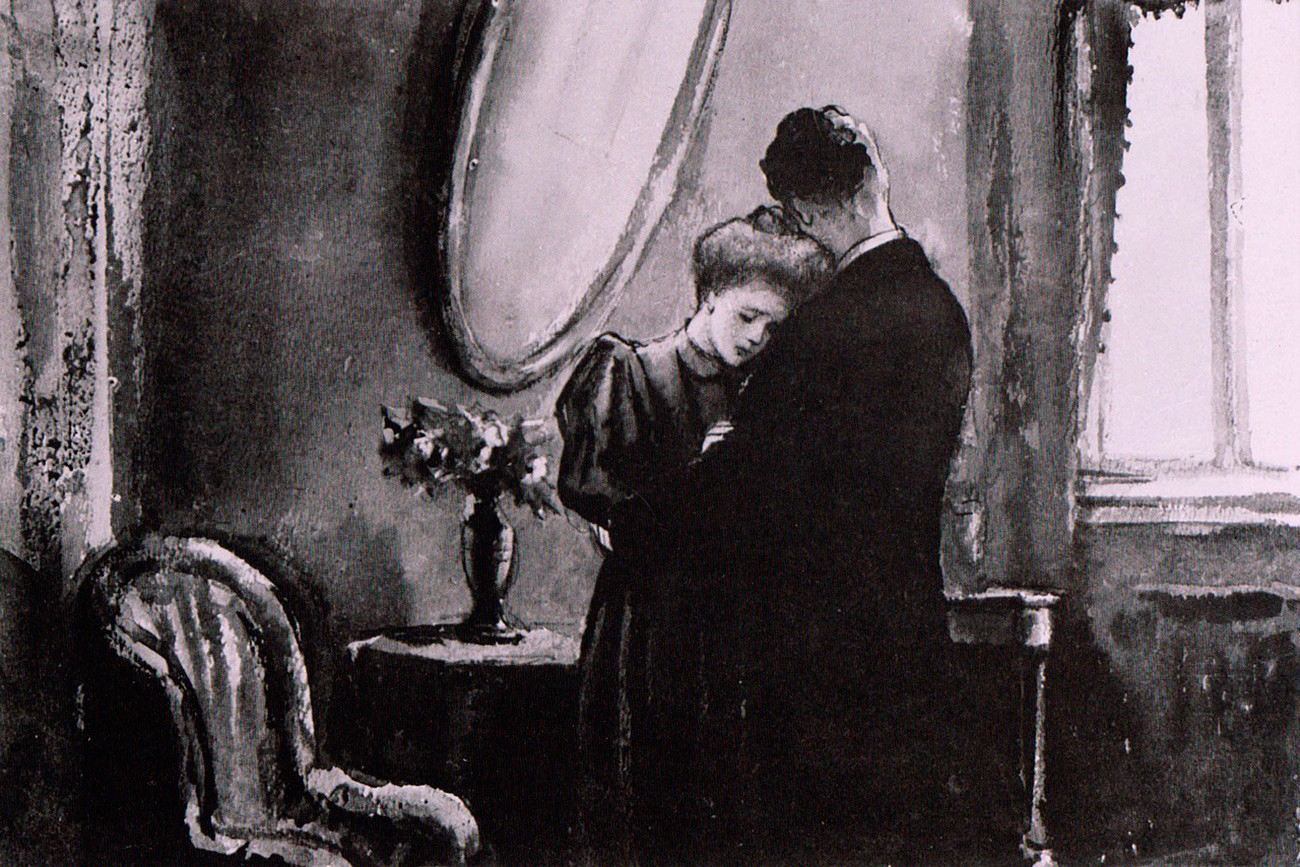 Look closely at your beloved. The one you adore most in all the world seems cold and fickle, but you hope to tame her in the course of time. Dream on! Tomorrow she will be totally out of reach.

The story is replete with undertones of light erotica. The mysterious lover of a young man does not want to make plans for the future. She enjoys life’s pleasures: delicious suppers, beautiful clothes, trips to the theater. But one day, she rapturously tells him about a church service she attended... And then, having allowed him to stay the night, asks him to forget her forever.