Public Domain
Even by today's standards, his "Book of the Marquise" is classified as pornographic.

Konstantin Somov (1869-1939) was born in St. Petersburg in the family of a Hermitage keeper. It is therefore not surprising that the boy spent his entire childhood surrounded by art, and later went to study at the Academy of Arts. 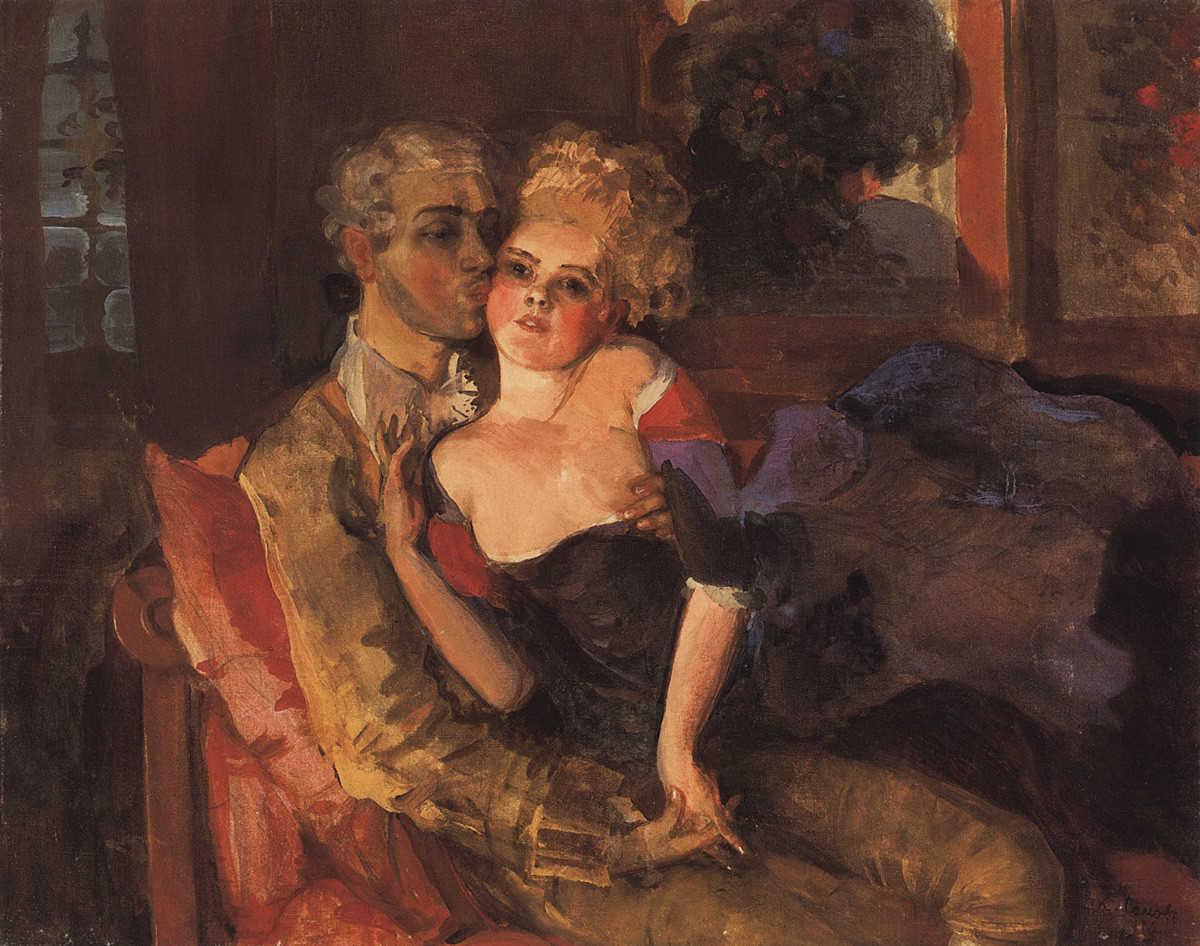 His teacher was the great Ilya Repin, who did not expect much success from his pupil: Repin was frustrated by Somov's “childish stupidity in colors” and “compositional insolvency”. 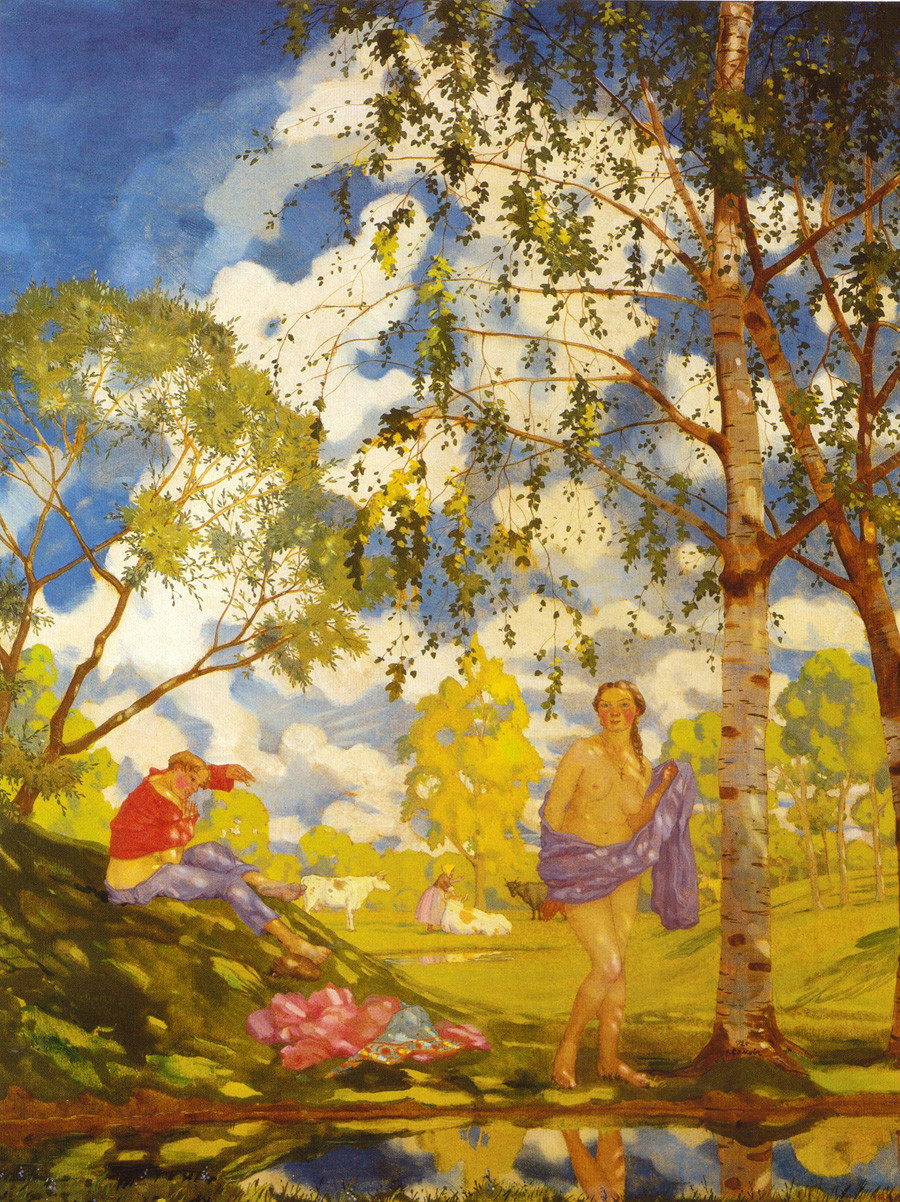 Yet, the emergence of the symbolist movement in Russian art in the early 20th century, and the artistic influence of French Impressionism, put everything in its place – that was the direction Somov was also moving in. Wouldn't you say that his Young Woman Sleeping on the Grass is somewhat reminiscent of the once-scandalous The Luncheon on the Grass by Édouard Manet? 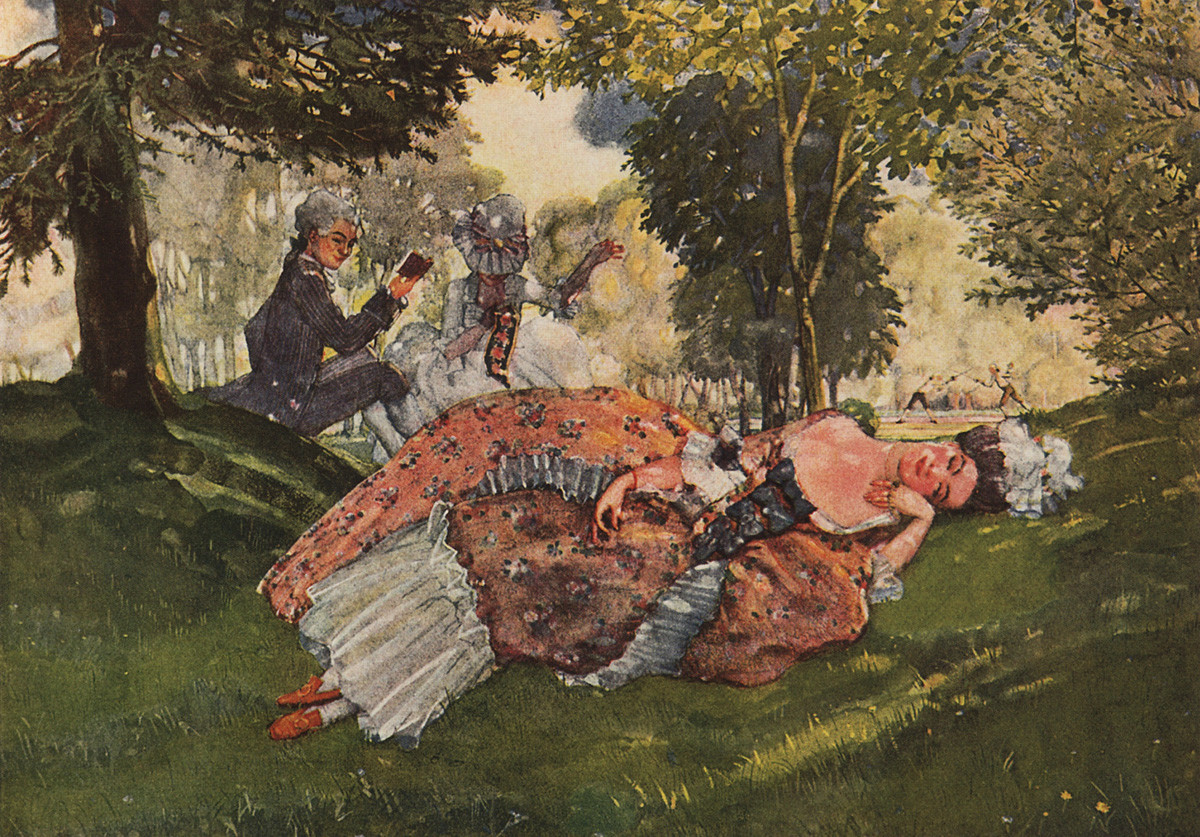 Young Woman Sleeping on the Grass, 1913 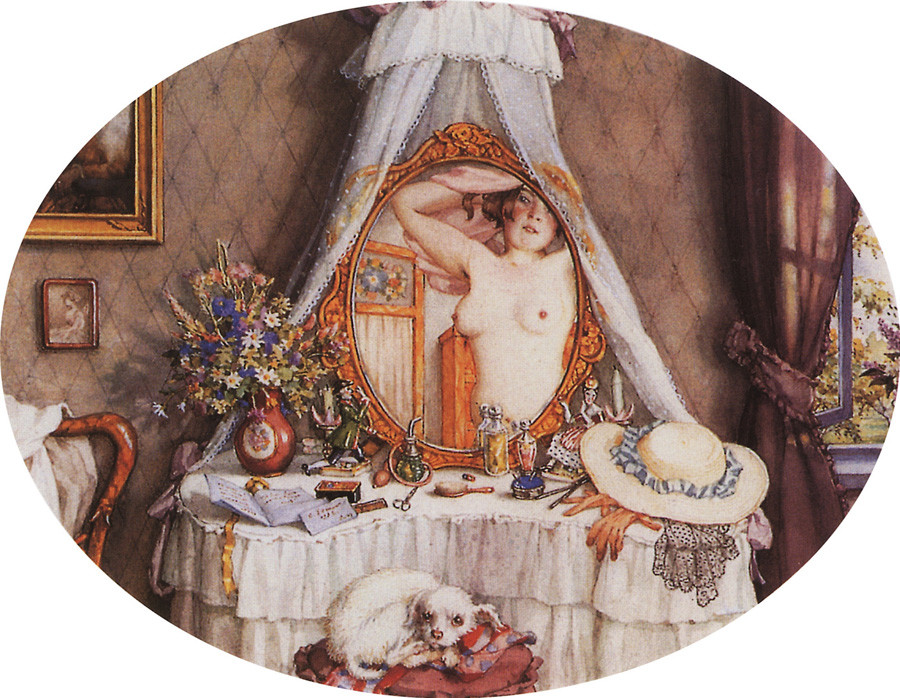 In addition, his style and interest in graphics were well suited for publishing - he created illustrations for literary works, for example, Alexander Pushkin's vaudeville poem about adultery, Count Nulin, and the ancient pastoral novel, Daphnis and Chloe. 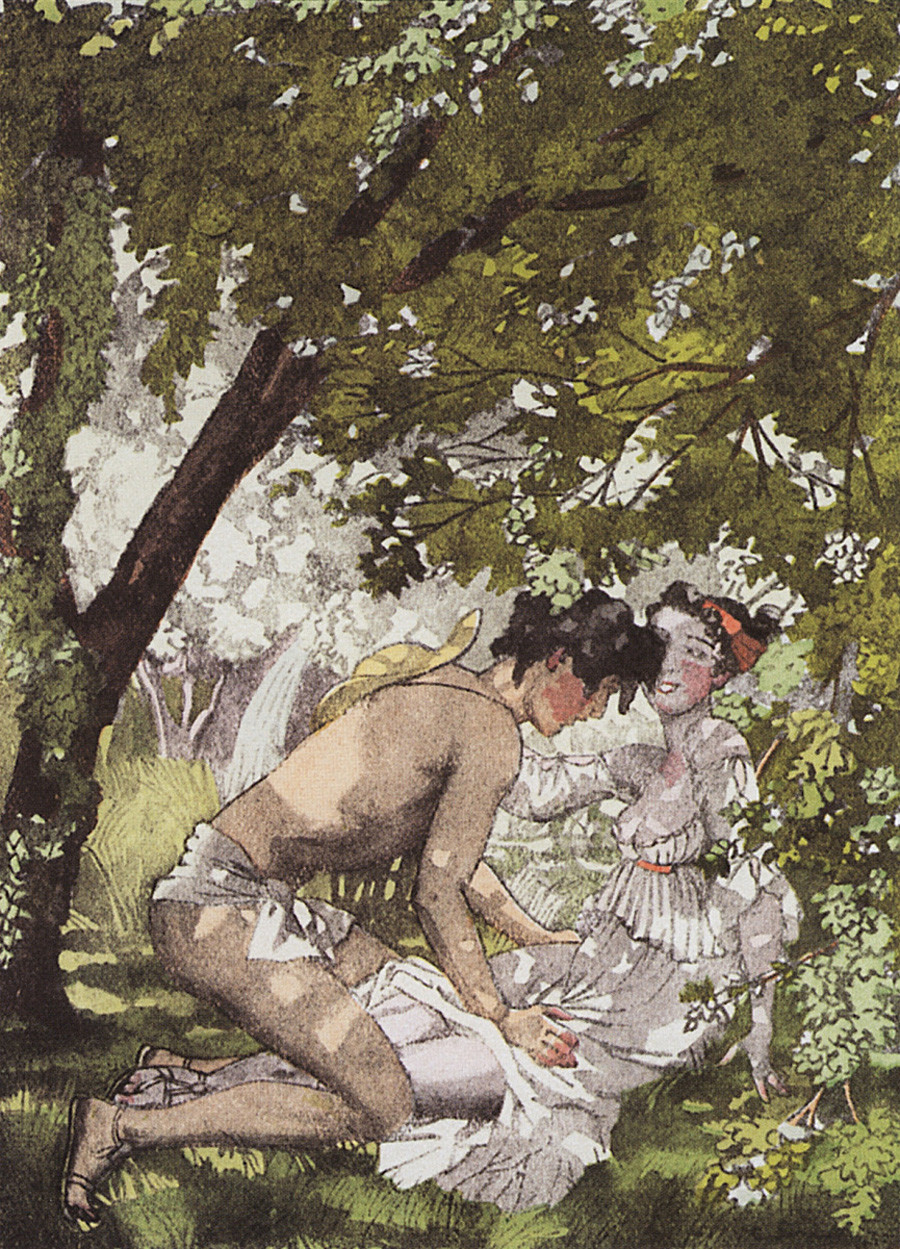 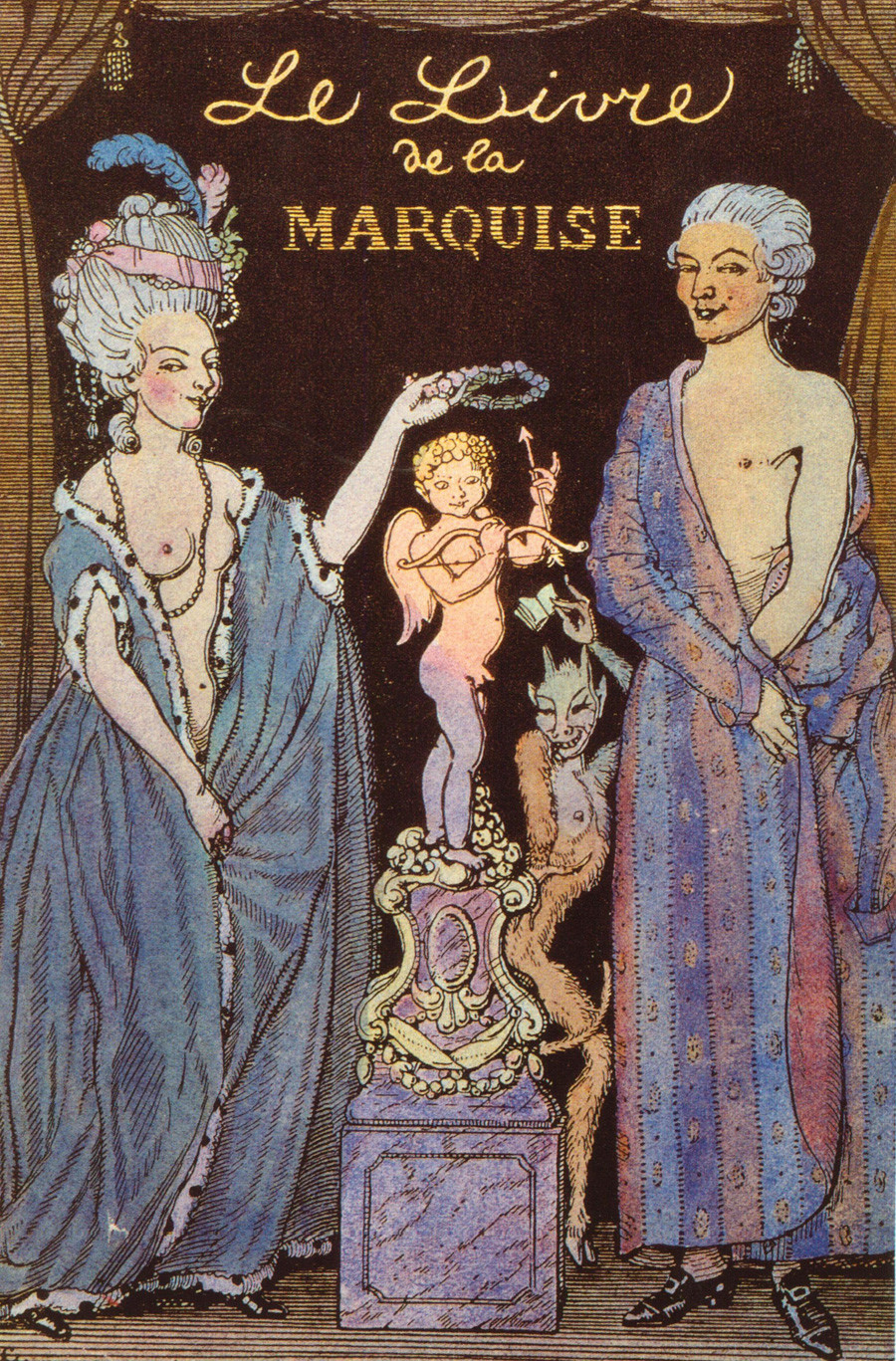 "The Book of the Marquise" cover

Many of the drawings are so graphic that we can’t publish them. 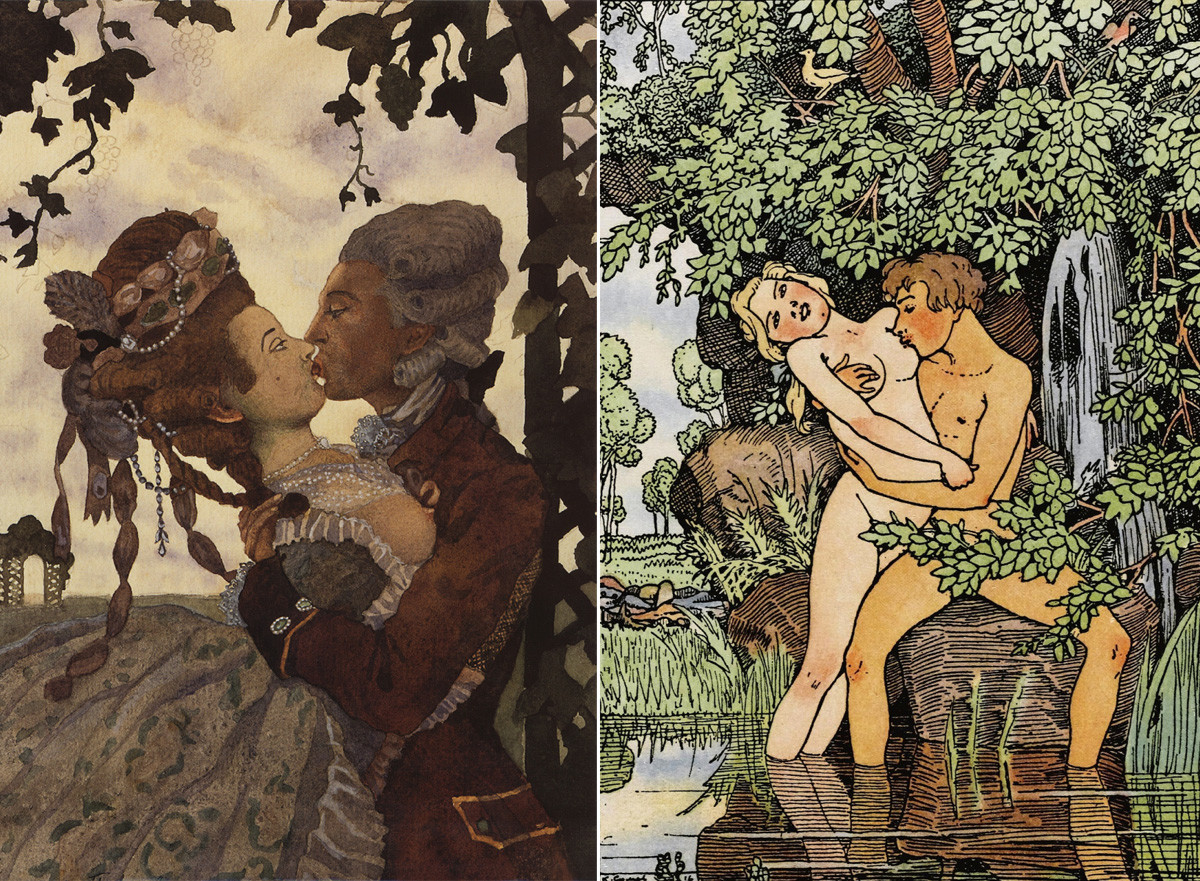 Illustrations for "The Book of the Marquise" 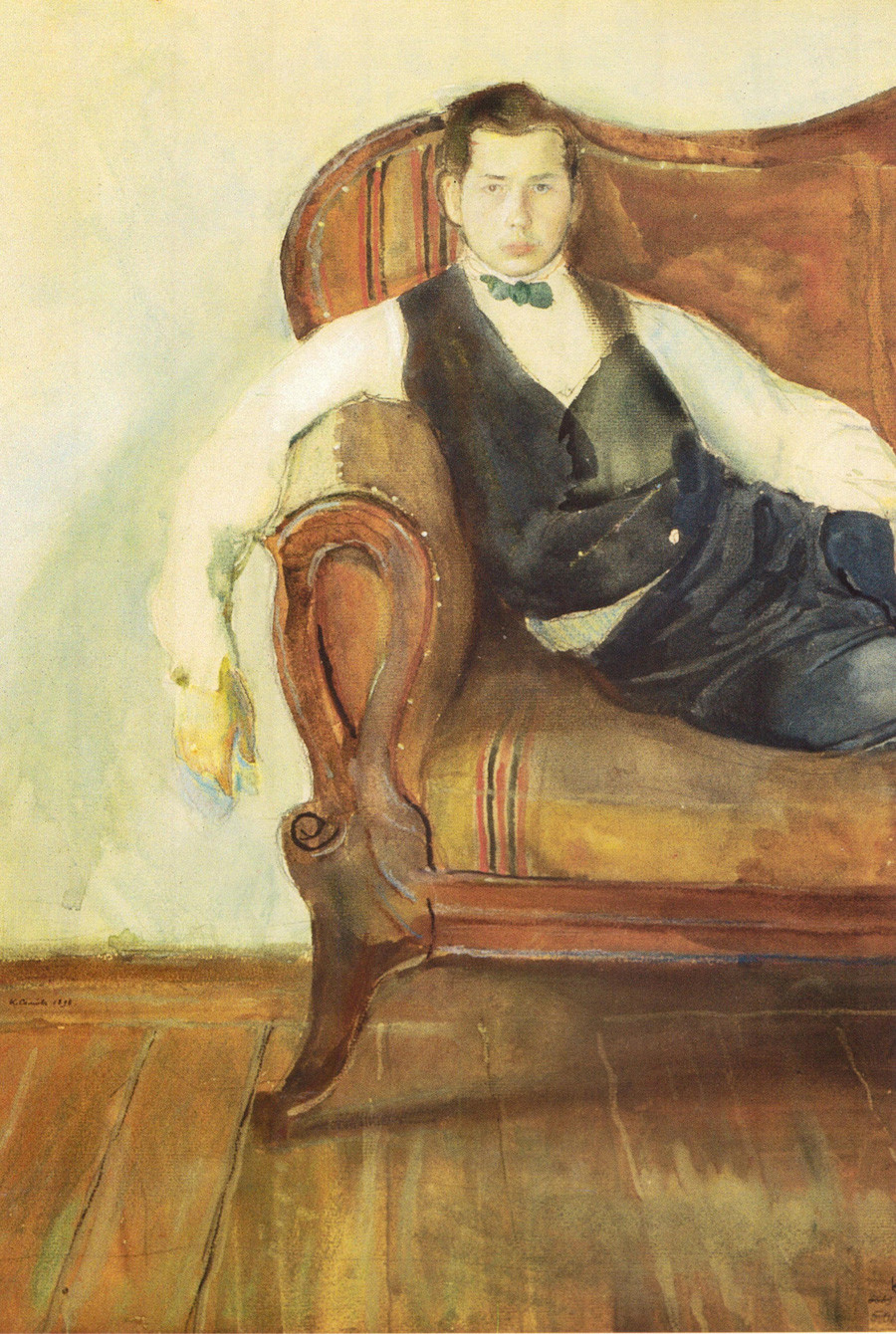 Incidentally, Kuzmin was the first to raise the topic of homoerotism in Russian literature, and Somov was the first artist to create works celebrating the naked male body. 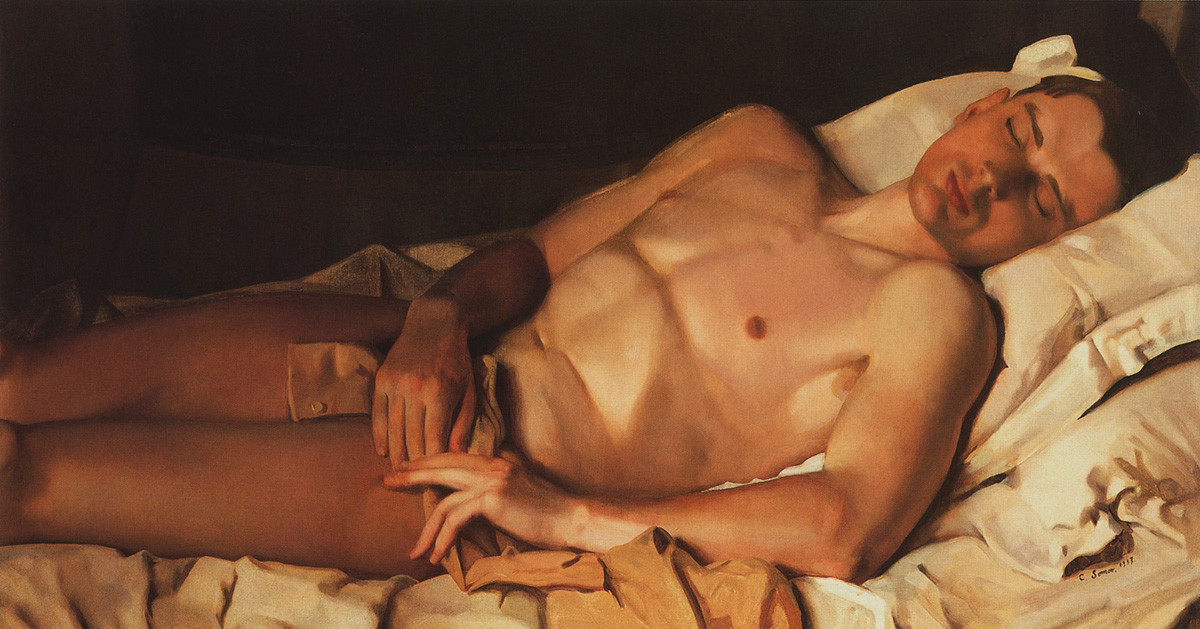 In 1923, Somov, together with his boyfriend of many years, Methodius Lukyanov, went to America to hold a solo exhibition, and never returned to Bolshevik Russia. A few years later he settled in France, where he continued to illustrate books. 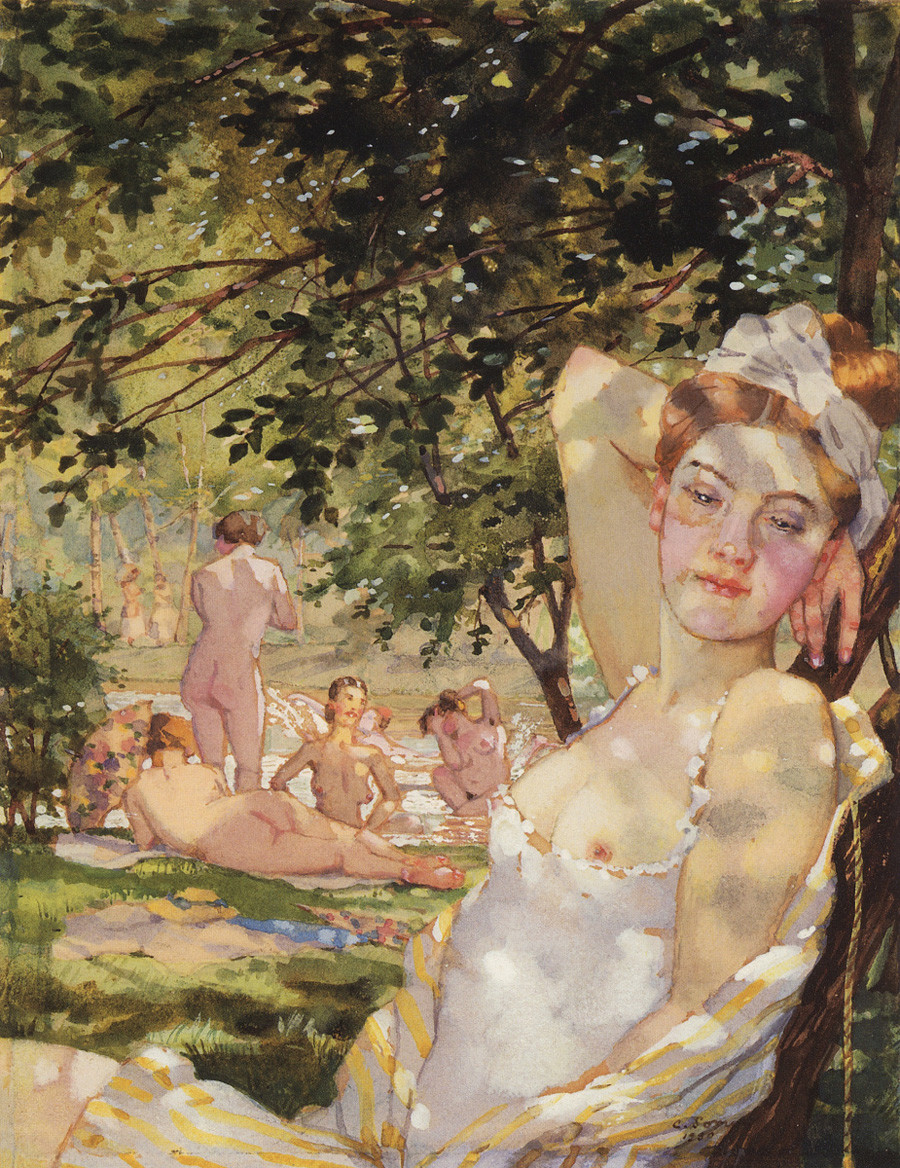 He lived in Paris until his death in 1939, and is buried in the Sainte-Genevieve-des-Bois cemetery, along with many Russian emigrants of different decades (some of the most famous include Ivan Bunin, symbolist poets Zinaida Gippius and Dmitry Merezhkovsky, dancer Rudolf Nureyev and filmmaker Andrei Tarkovsky). 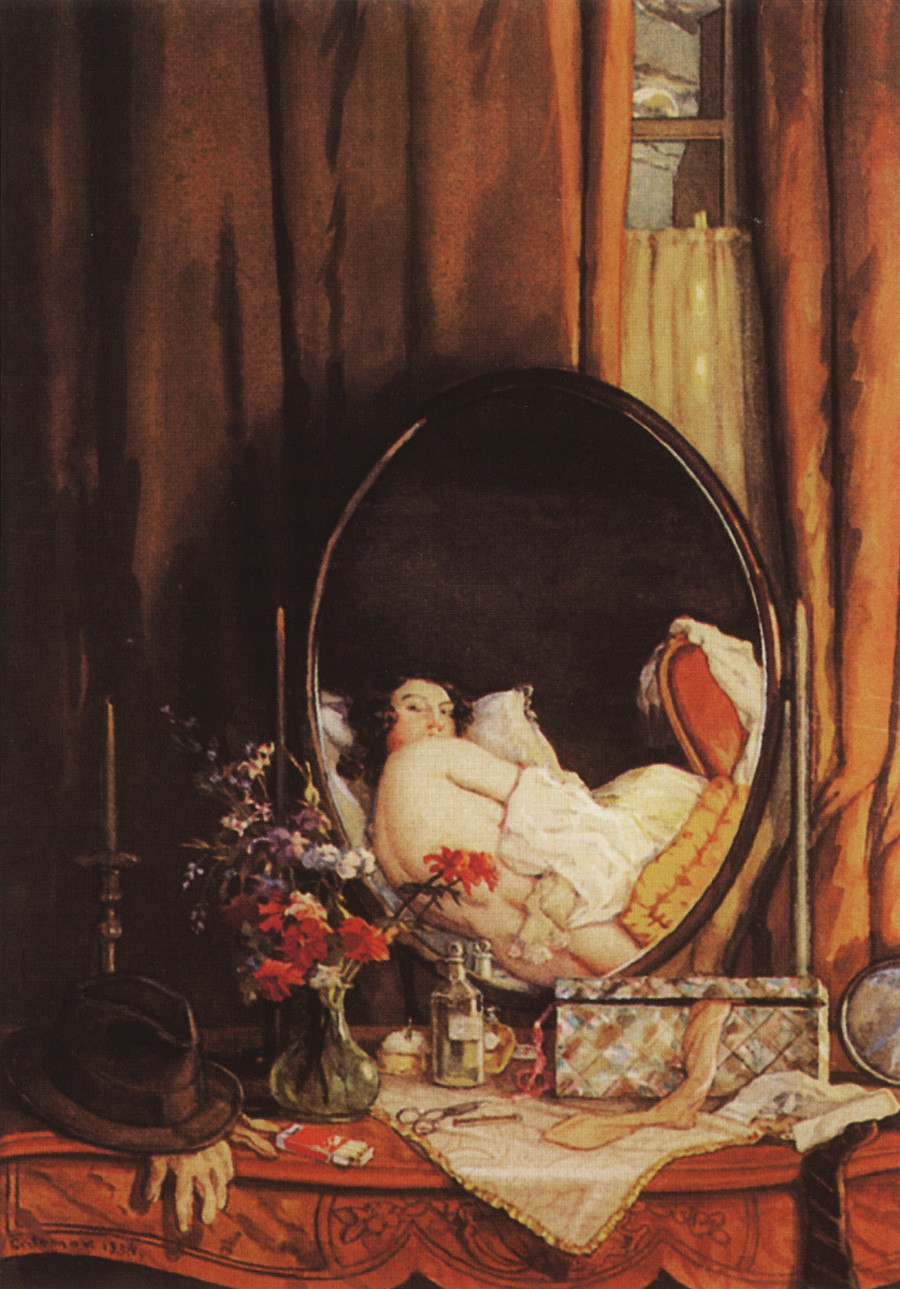 Intimate Reflection in the Mirror on the Dressing Table, 1934

To mark the 150th anniversary of his birth, an exhibition of Konstantin Somov's works will be held at the State Russian Museum in St. Petersburg until Nov. 4, 2019. UPD: The exhibition is extended until Nov. 17