Why is St. Petersburg regarded as Russia's cultural capital?

You can't deny the beauty of St. Petersburg - as well as its rich cultural legacy.

Legion Media
It used to be Russia's most important city and, even after conceding its status as the country’s capital to Moscow, it remains a special place, admired and loved around the world.

For three years in a row - from 2016 to 2018 - one city has won the World Travel Awards international prize for "World's Leading Cultural City Destination". It is St. Petersburg in Russia. It turns out that the jury has regularly been recognizing the "city on the Neva" as the cultural capital of the whole world, not just Russia.

Residents of St. Petersburg are rather blasé about this state of affairs and take it as their due. "Cultural capital is the old label given to St. Petersburg. And it is nice that this has been recognized by the international community," is how Olga Fedorchenko, the head of the St. Petersburg association of guides and interpreters, commented on the first WTA award in 2016. In fact, the city on the Neva was declared the cultural capital of Russia only 20 years ago. 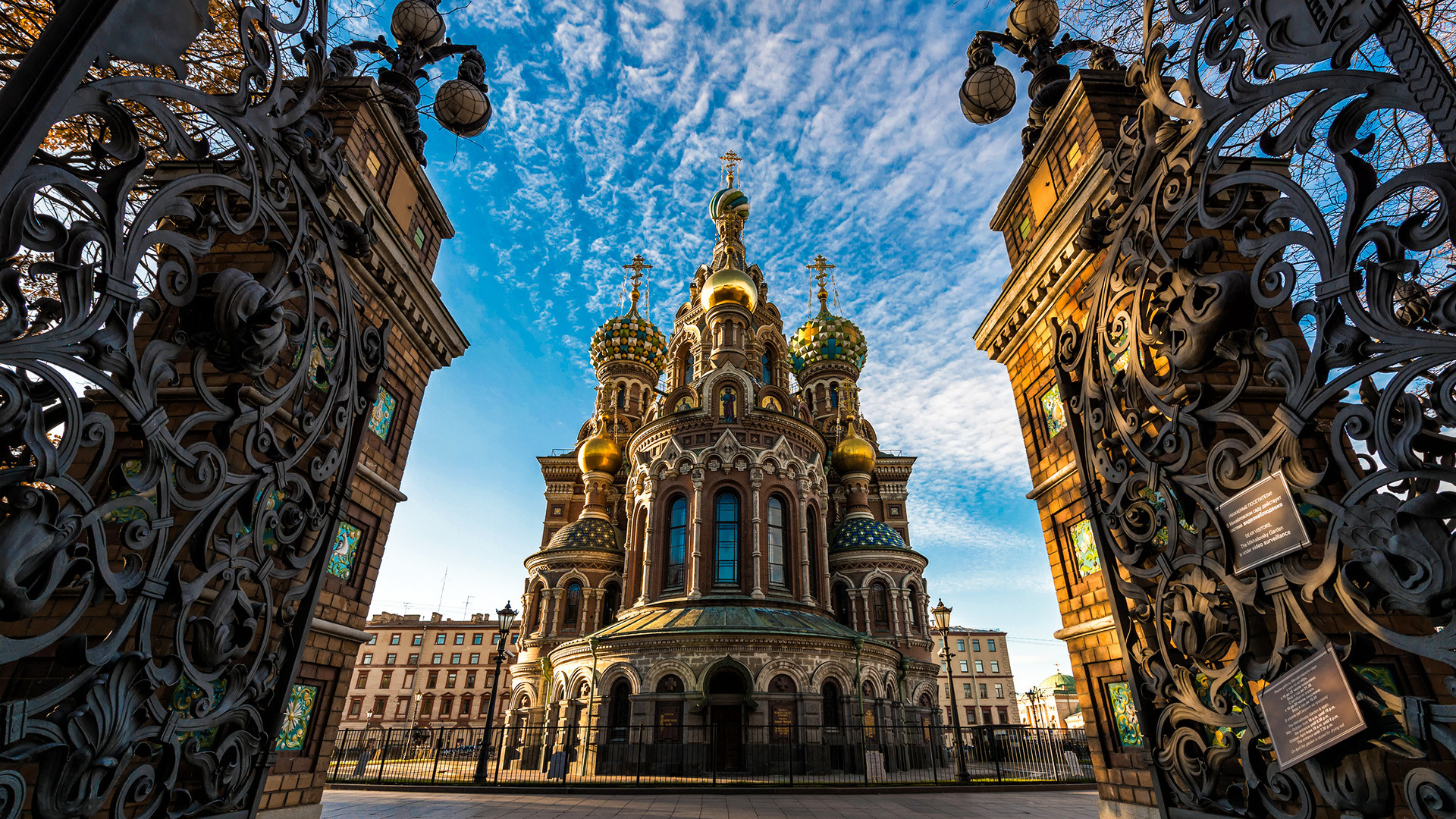 The Church of the Savior on Spilled Blood, one of the most iconic symbols of St. Petersburg.

It was Boris Yeltsin in 1997 who called St. Petersburg the cultural capital of Russia for the first time. He was handing over Central Television's fifth channel, historically allocated to St. Petersburg, to Moscow's Kultura [Culture] channel. "He must have felt uncomfortable and wanted to say something pleasant," historian Lev Lurye observed ironically. But the phrase was coined and became the city's brand name. 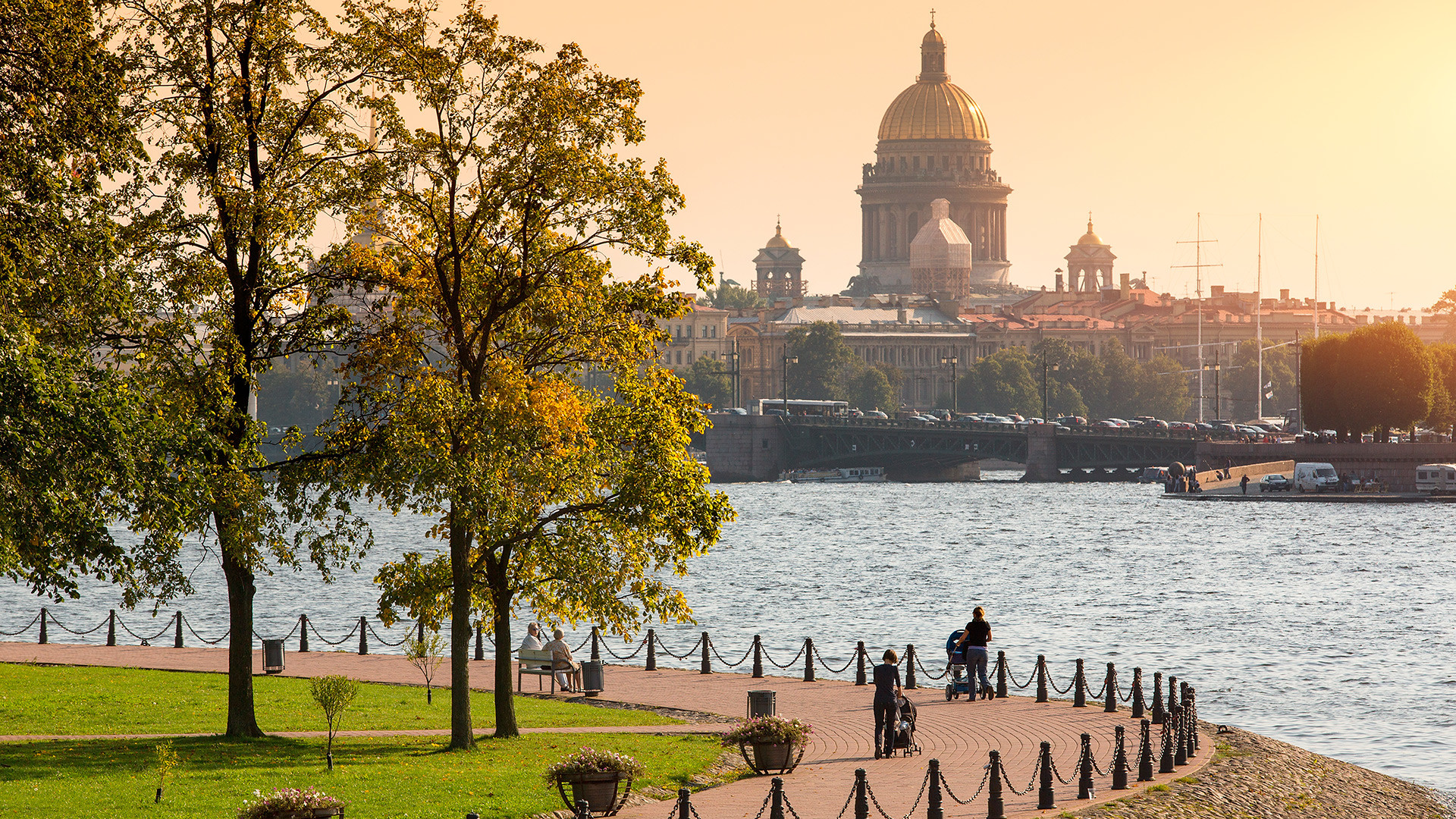 But the phrase is indeed unusual: it is rare that a country has a separate "cultural capital". For example, London, Rome or Paris are the capitals of Britain, Italy and France in every sense of the word, including the number and quality of their theaters, museums, exhibitions and other attributes of culture. So why is St. Petersburg in a league of its own? 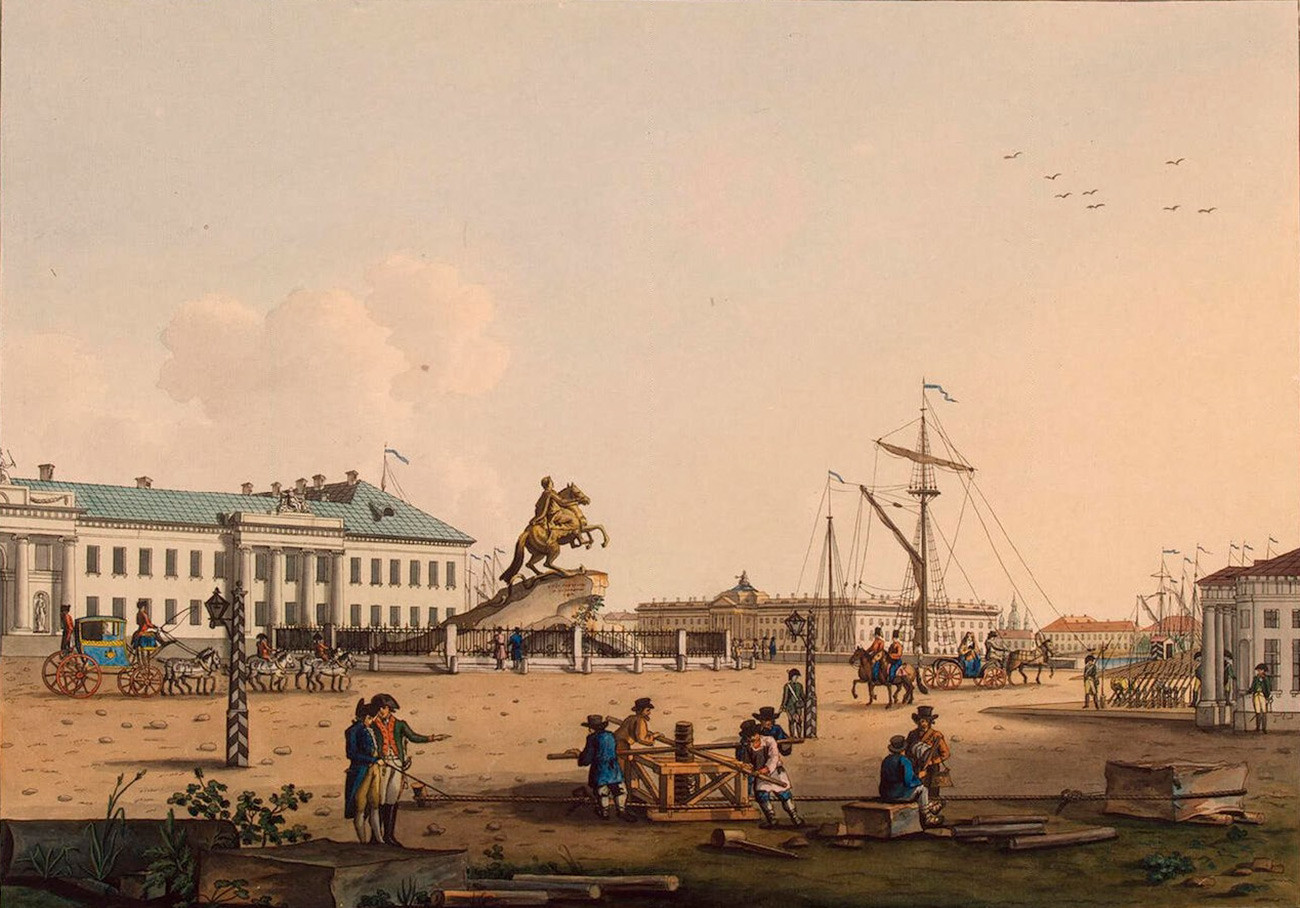 This engraving depicts how St. Petersburg was being built back in the 1700s.

Between 1712 and 1918 St. Petersburg, founded by Peter the Great in 1703, was the capital of Russia in every sense of the word. The Emperors of the Romanov dynasty lived in this grandiose city, as close to Europe geographically as it is possible to be, and from here they ruled the country. The city was built at a time when Russia morphed from a country stewing in its own juice into a European power. The city became a symbol of transformation and of Russia’s turning towards Western culture.

"St. Petersburg, one of the most beautiful cities in the world, owes its architectural excellence not just to Russian but also French and Italian architects. They created masterpieces completely intrinsic to St. Petersburg and themselves stayed here for the rest of their lives," philologist Irina Arnold said in her essay Identity of the People of St. Petersburg.

Imperial St. Petersburg was a magnet for talented and ambitious people from the whole country, so St. Petersburg benefited most from the powerful cultural upsurge of the 18th and 19th centuries. "All notable writers, poets, painters, architects and composers sooner or later ended up in the capital," Elena Bobrova, a journalist and guide from the Peterswalk tour company, tells Russia Beyond. "They worked here, they suffered here (like Dostoyevsky, for example) and they enjoyed their fame here. Monuments, buildings and memorial plaques - everything reminds us of prominent people in Russian history." 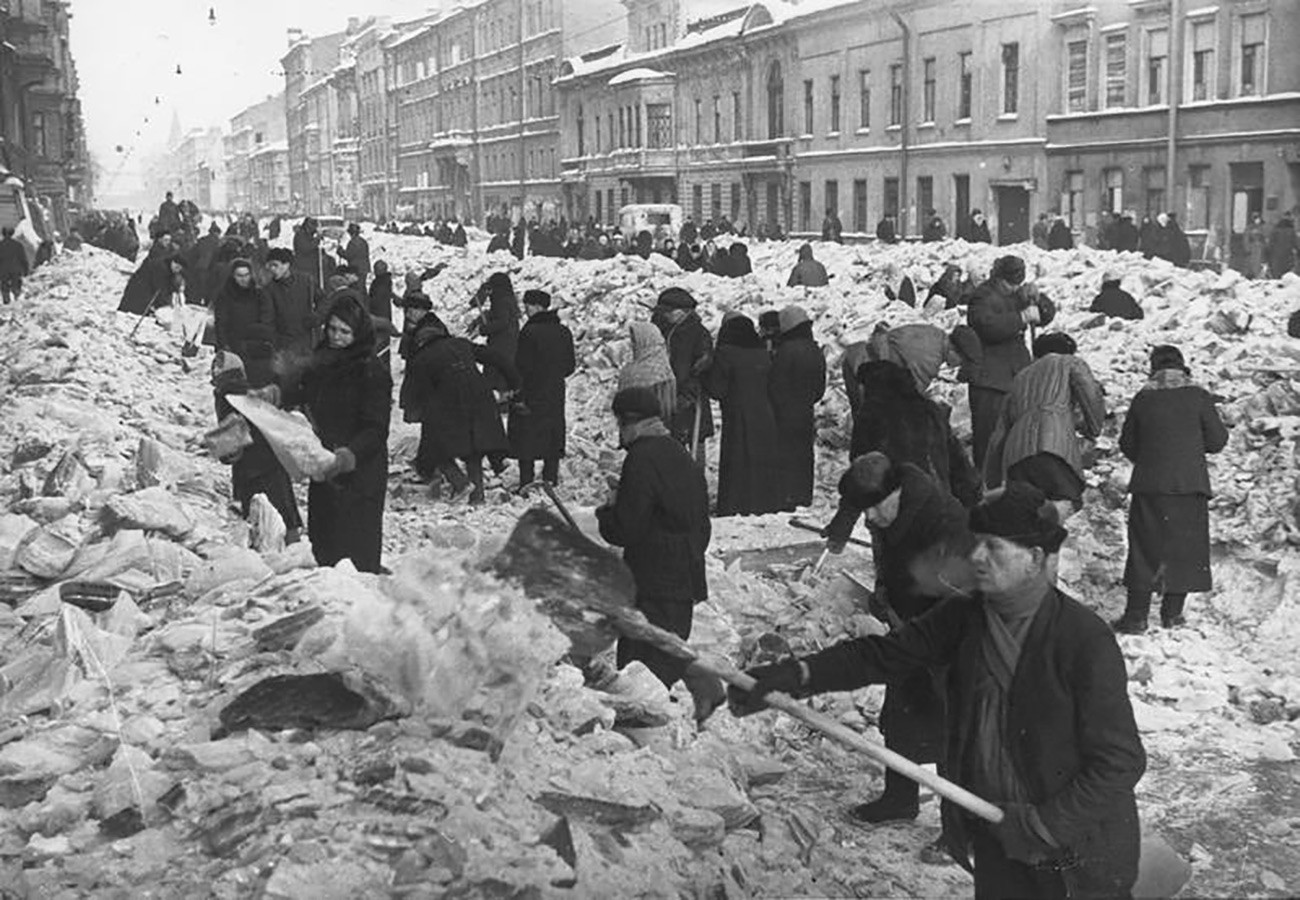 The Siege of Leningrad was dreadful for all its citizens indeed.

The 20th century was a difficult time for St. Petersburg/Petrograd/Leningrad. The Bolsheviks' decision to move the capital to Moscow led to a major drain of creative people: Some left for the West, while others followed the new authorities to Moscow. The Siege of Leningrad from Sept. 1941 to Jan. 1944 during the Great Patriotic War when the city lost, according to different estimates, from 600,000 to 1.5 million people, came as a heavy blow. And up to the end of the Soviet era, the authorities treated the city in a harsh way: censorship raged and representatives of the intelligentsia who did not support the regime had a semi-legal status.

Even in the new Russia, in which St. Petersburg enjoys the status of cultural capital, the city has many everyday problems. "What do we have in addition to The Hermitage?" asks Yuri Mamin, a film director from St. Petersburg. "All cities have their monuments, and some of them may be ancient, but they don't become cultural capitals as a result." 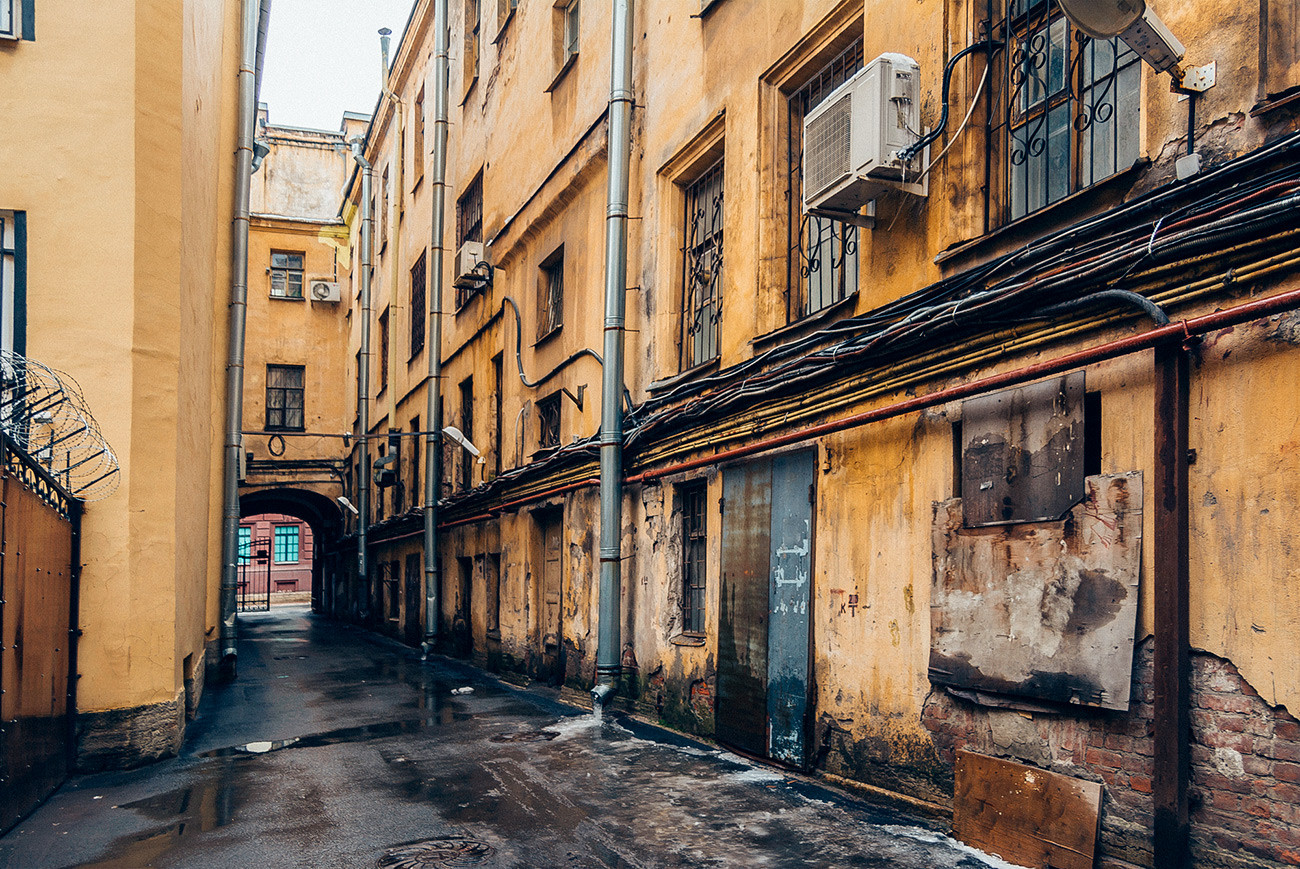 The backside of St. Petersburg is, in fact, as admired by its citizens as its shining palaces and museums.

St. Petersburg remains the most European city in Russia in terms of both geography and architecture, but it has its fair share of problems. The city center is overburdened with cars and advertising, and in the winter there are problems with snow clearance. Behind the picture-perfect facades lurk gloomy backstreets and garbage dumps, while historic buildings decay and collapse. On the other hand, it is this combination of splendor and decay that creates the spirit of St. Petersburg, which the locals are proud of no less than of the Hermitage or Mariinsky Theater.