The rock-star illusionist: how to be a successful magician in Russia despite accidents and injuries 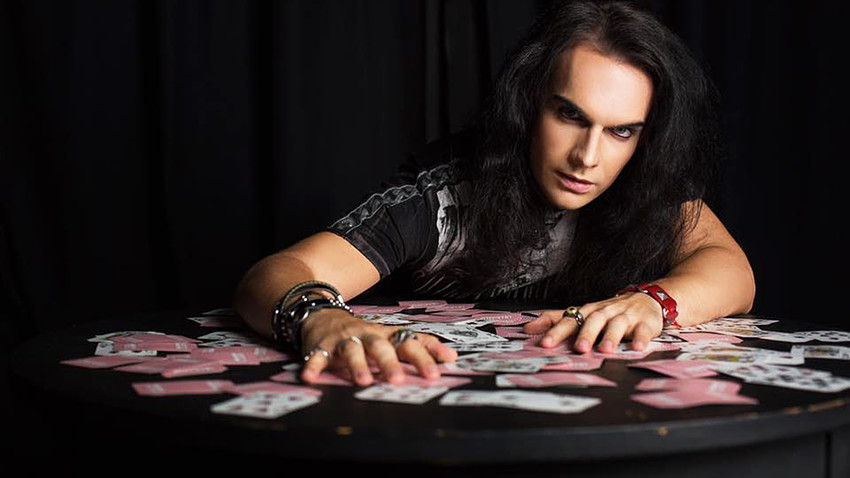 Sergey Vorontsov
Sergey Vorontsov decided to make magic his profession, and so he pursued a career as an illusionist. He has put all his money and effort into one big show, but has it paid off?

Everything seems different when you are hanging upside down and trying to get out of a straitjacket in 15 seconds. The faces of the audience are hidden in the dark, and bright light comes from several high-powered searchlights surrounding the stage. The music is loud and menacing, and one’s line-of-sight is topsy-turvy. These are the normal working conditions for an illusionist during a show.

During one of his regular performances on May 26, 2018 the then-33-year-old illusionist, Sergey Vorontsov, paid tribute to the famous American, Harry Houdini, and tried to repeat his escape trick. The performance started well, and Vorontsov managed to get out of the fetters quickly. He threw away the straitjacket, made a short pause, thanking the spectators for their applause, and started to bend over to undo the leg lock. It turned out, however, to be broken and the illusionist fell. It could have been Sergey’s last show. 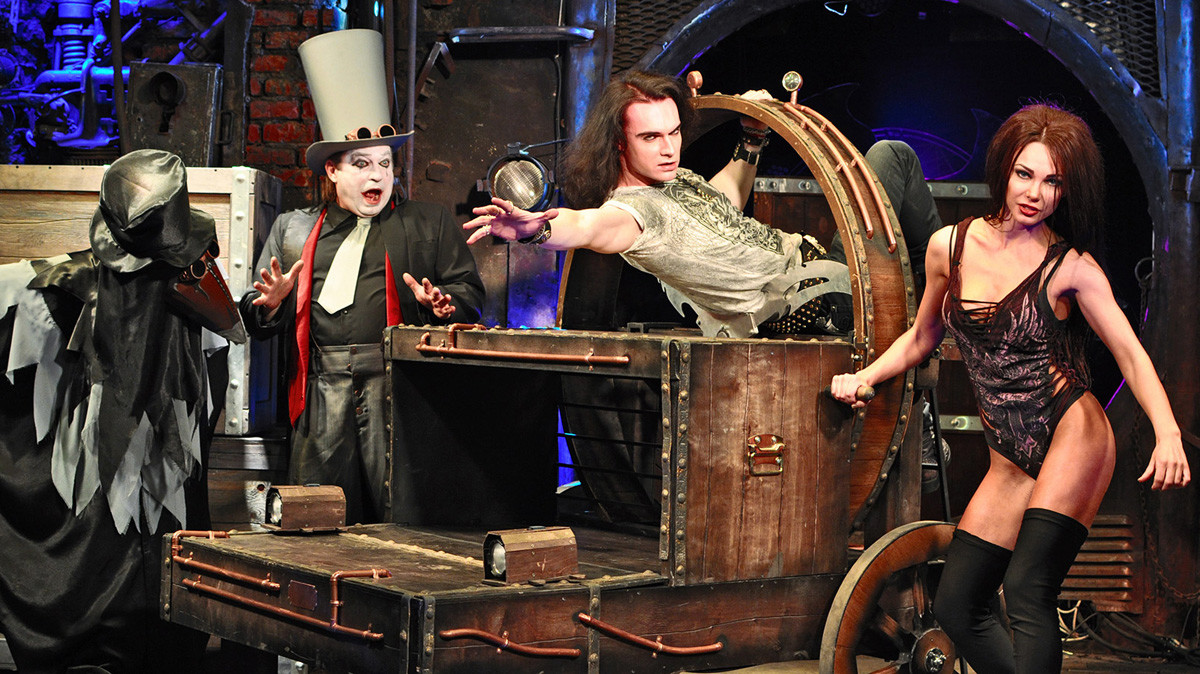 At the very last moment he managed to change his position while falling, and ended up only with a heel fracture. The surgery left three iron braces in Sergey’s leg, and sometimes he still walks with a limp, especially when tired. Rehabilitation took several months.

“Everybody asked me if I was going to quit. This would be understandable if we were talking about common sense, but when it comes to creativity, to my life purpose, I don’t even think about it. When I go on stage, I do not feel pain or disturbance, I just block my fear. During the big show in Moscow in October, I will repeat this trick,” said Vorontsov, now 34. 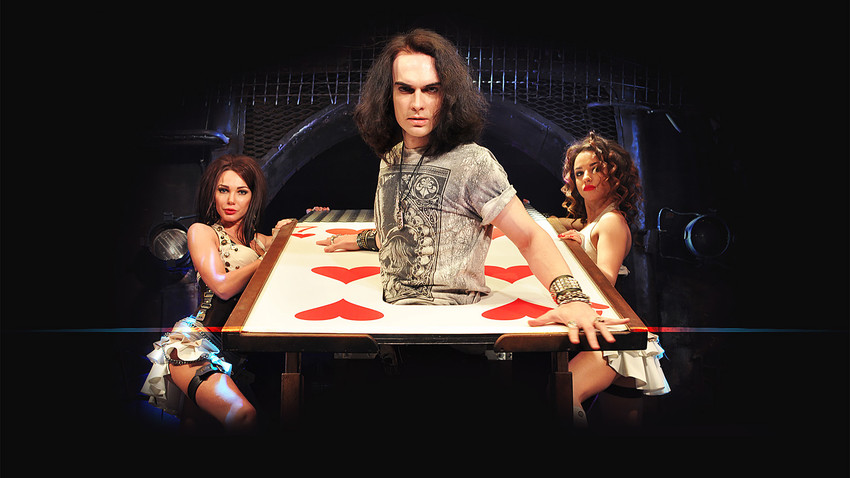 Sergey wears the same attire both on stage and in real life: a rocker’s leather jacket, a black T-shirt and jeans with skull prints and decorations. His eyes are strongly blackened, he is tall and with long hair, and all of this makes his appearance mysterious and brutal.

His gothic rock appearance is contrasted by his soft character. Sergey talks about his recent vacation in Dubai; where he went with his mother; the food for homeless animals that he often keeps in his car; as well as his closed type of personality and difficulty to open up to a stranger. But his eyes light up and his gesticulation becomes very active when he starts talking about work: the tricks he invented; the shows he planned; the work he has done.

Sergey decided to become a magician at the age of five after seeing a circus performance. In his teens he became acquainted with Emil Kio, one of the most famous Soviet conjurers from an old circus dynasty, and he asked him to be his mentor. Kio and Vladimir Rudnev, then president of the Russian Association of Magicians, gave Sergey the basics of the profession. He never went to a professional circus school and had earned a law degree instead. However, he never pursued a career in law.

Instead, he started performing tricks and illusions at corporate parties. Nevertheless, he was dreaming about a big show of his own, inspired by David Copperfield and other famous American illusionists that he used to watch when he was a kid.

He has been working on his big show for seven years, making the props and rehearsing the details over and over again. To cover his expenses, Sergey continued doing occasional odd jobs.

The illusionist at Eurovision

On the thorny path to his own show, Sergey got his first five minutes of fame by becoming the first and only illusionist to take part in the Eurovision song competition in 2011. He created a performance with the singer from Croatia, Daria Kinzer.

"I was dreaming about performing at the Eurovision song contest for a long time, since it's one of the most popular and spectacular shows in the world, no matter what critics say about it. So, I created several ideas for the song performances and sent them to different countries. Croatia instantly became interested and invited me to create a show. The Croatian singer came to Moscow to prepare for the show. I created this piece in less than a month; it was very difficult, and I literally worked day and night, and finished only on the day of the performance," the illusionist explains. 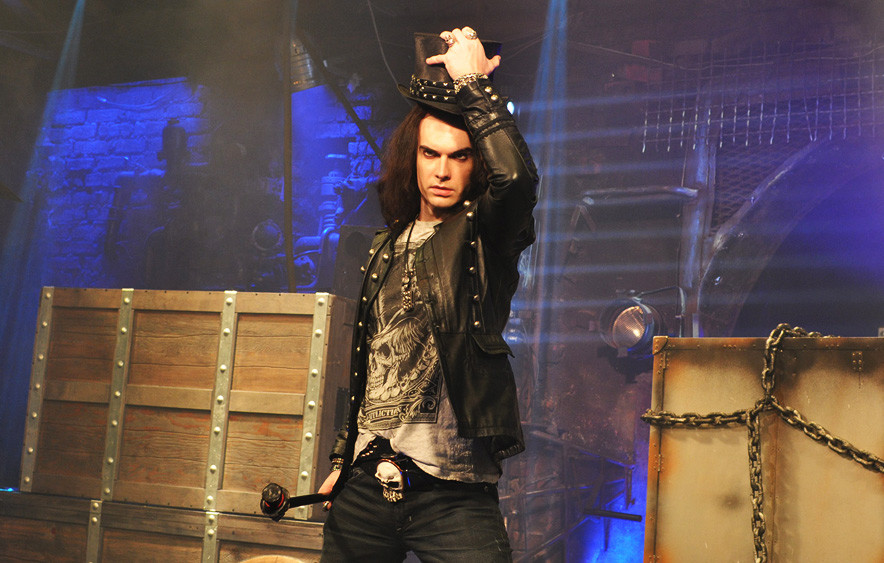 Sergey does not see his work as a business. Currently, he puts all his money and efforts into the new show, and he is not sure if it will pay off at all. But it’s not just about making a profit; rather, creating a show is what gives him a sense of satisfaction. He tries to buy the best materials and machinery for his tricks, and to choose unusual design for the props.

Sergey performs 6-10 times per month in Russia, and he also wants to adapt his show for an international tour, which is economically and logistically challenging since the props weigh about five tons. 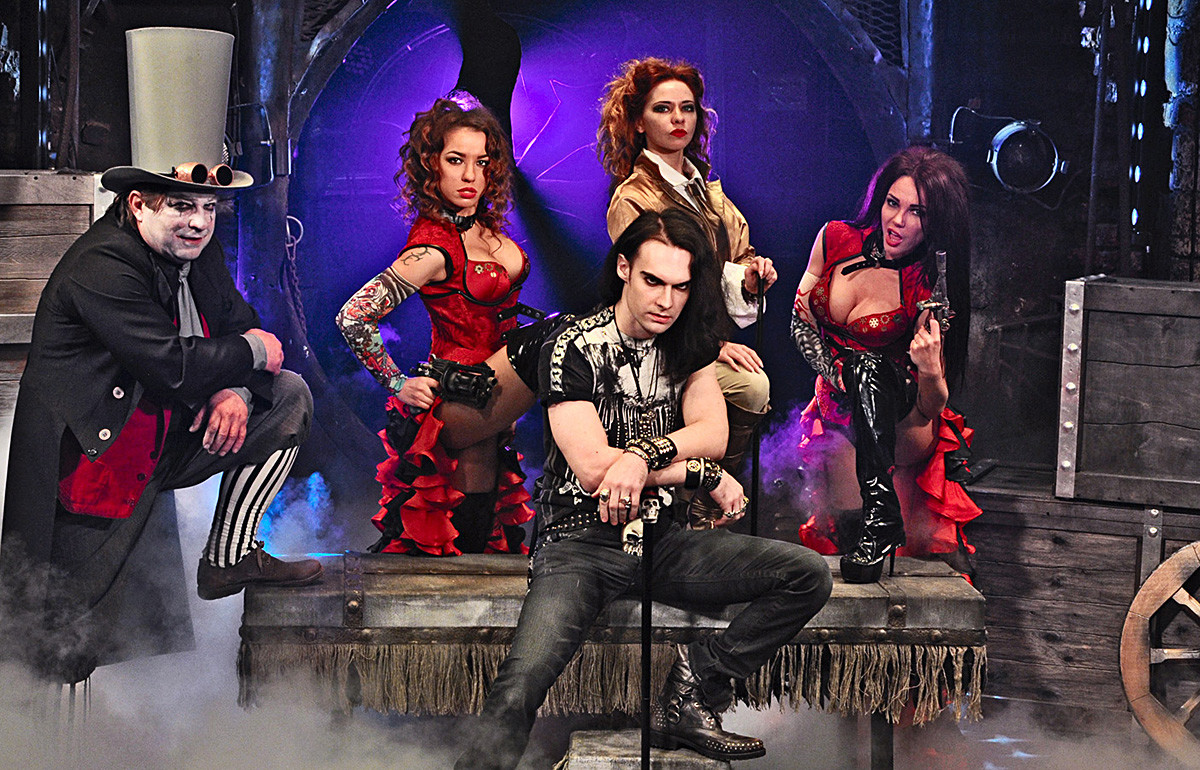 This year, Sergey added to his show a number of tributes to Harry Houdini, the American who is most famous for his legendary "escape" tricks.

"I will repeat the straitjacket trick, which cost me a broken leg and perform a new one where I liberate myself from fetters, with six circular saws hanging over me". 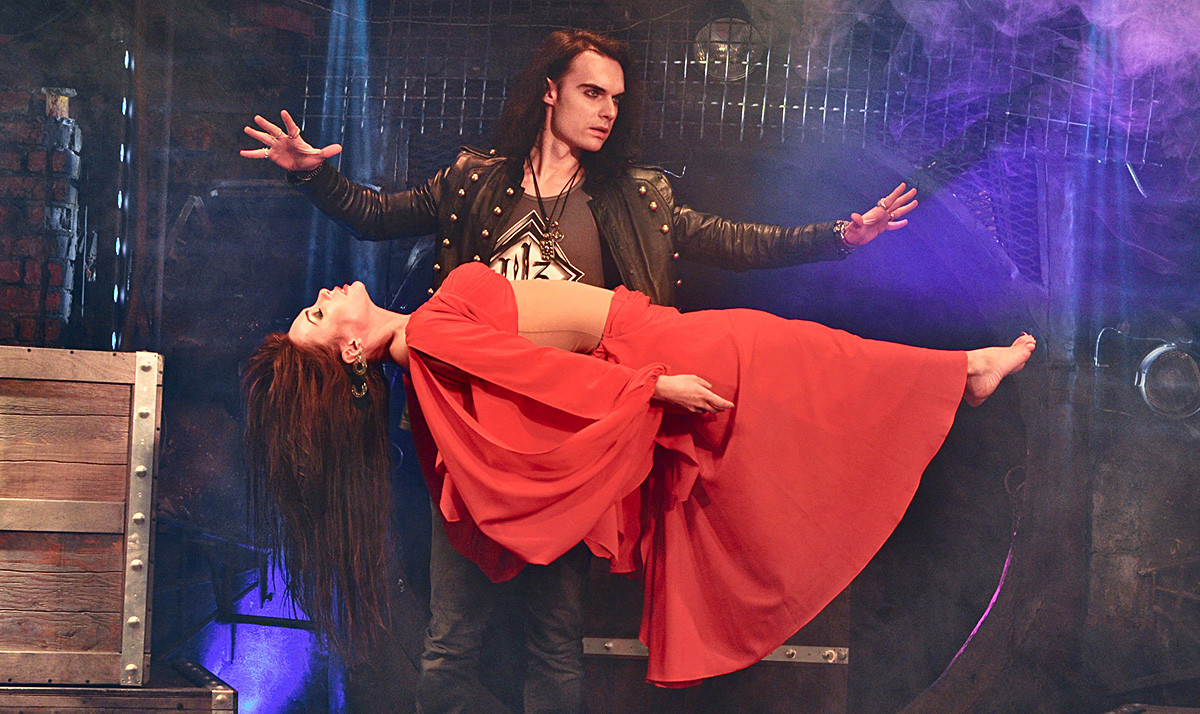 Talking about safety, Sergey hesitates: "No, I actually don't take any safety measures, as it's not possible. Сircular saws are real; any person can come and touch everything... In one trick the spectators can even bring their own locks in order to fix my position. If one day something happens to me… well, I guess, it's destiny. I try to rehearse a lot to avoid that, to check everything down to the last minute and second, so that everything is spectacular but safe for me."

Two days after we talked, Sergey severely injured his right hand while rehearsing the escape trick with circular saws for his upcoming show, tearing flesh and tendons. Unfortunately, his show has been postponed while Sergey remains in the hospital.