Culture
Russia Beyond
Legion Media
Thought the city only had bridges and palaces? We lift the lid on the St Pete you didn't know existed.

1. At 29 Italianskya Street, you’ll find yourself in... Rome! This inconspicuous yard behind a fence is decorated with an image of the Colosseum. The authorities tried to paint over the work by artists from the Energy of the Nation group, but in the end locals got to keep their beloved “Italian courtyard.”

2. 1-67 Maly Prospect Street, Vasilievsky Island. This fresco appeared in “Havana borough” — an avant-garde residential complex — back in 1990. Many mistakenly believe that it depicts the Buddha, but it is in fact Mother Earth. It is the brainchild of a team of Soviet and American artists. 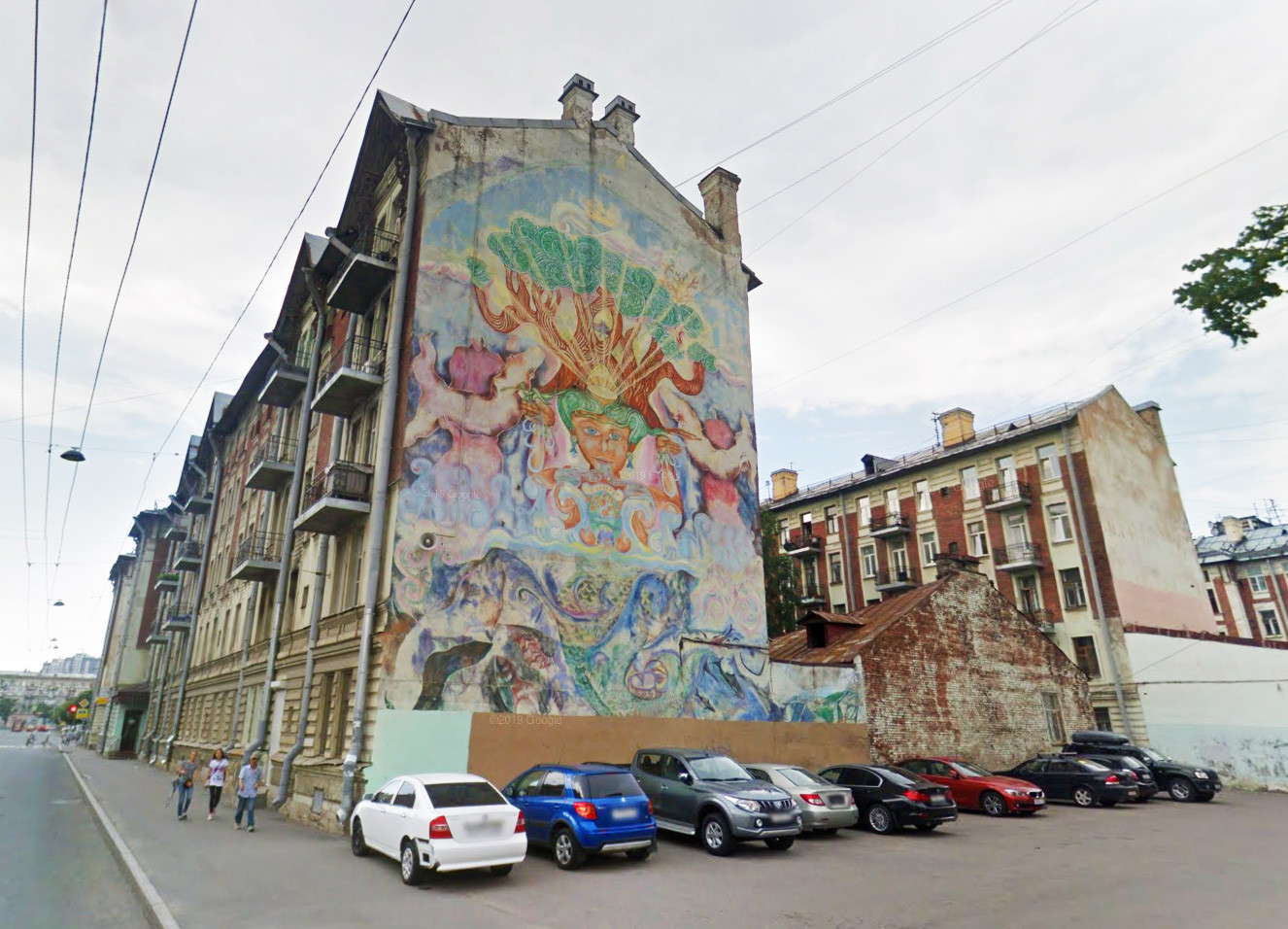 3. The Third Cluster gastronomic creative space at 4, 8th Sovetskaya Street welcomes guests not only with its bars and fashionable showrooms, but eye-catchingly painted walls.

4. St Petersburg is after all Russia’s cultural capital. On Rubinstein Street, where some of today’s classic writers and artists once lived, the walls are decorated with their portraits. 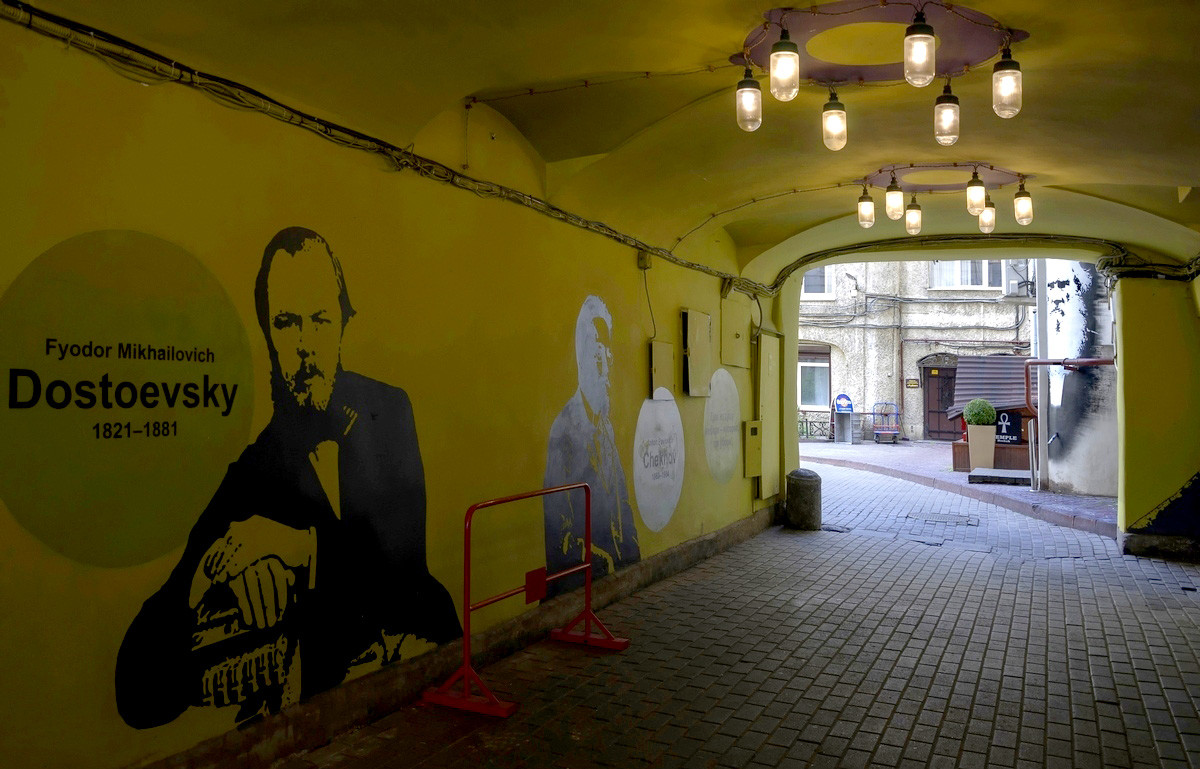 5. And in the yard where Sergei Dovlatov lived, his typewriter has been immortalized. Have you read Solo on Underwood?

6. The new trendy space Sevkabel Port plays host to entire street art festivals, so there’s always something to see. For example, Alexander Demin’s Immersion. The other facade of the same building sports a mural by Artem Stefanov that chimes with this graffiti.

7. Another side of the building features these crystalline abstractions by artist Alexey KIO.

8. The famous New York graffiti artist who goes by the pseudonym Futura, with the approval of the city authorities, painted a space for skaters on Vvedenskaya Street.

9. In 2011, on the 50th anniversary of the first manned space flight, the art group 33+1 created this composition at Chkalov Square, dedicated to trailblazers, including Peter the Great, pilot Valery Chkalov, and the great Yuri Gagarin. 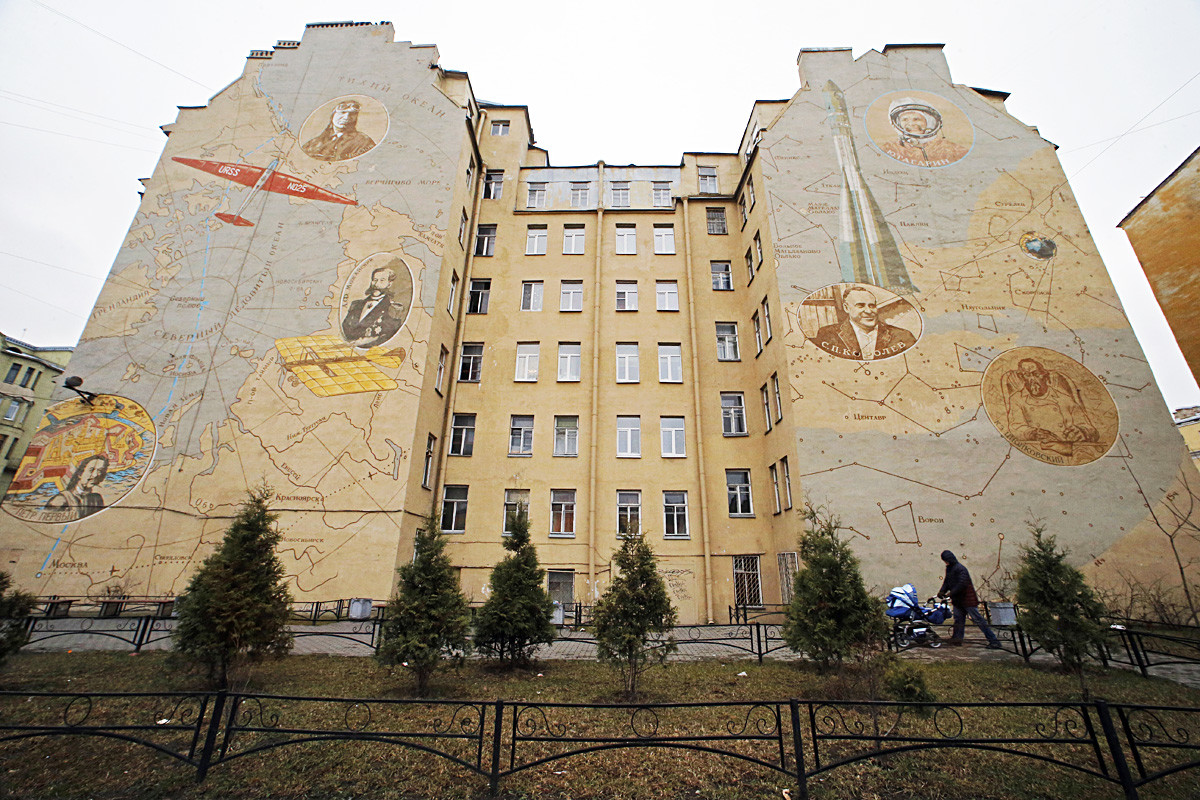 10. This derelict mansion in central Petersburg is home to two creatives: Nadin Kona and Alexander Parilov. In it, they hold invitation-only street art festivals and private evenings. Access to the Obraztsovy (Exemplary) mansion is only via the secret (not any more) website.