Who were the Peredvizhniki and why were they so important in Russian art?

Culture
Yelena Fedotova
These rebel artists broke the classical canons of the Imperial Academy of Arts and became the forerunners of Russian avant-garde.

The Society for Itinerant Art Exhibitions was registered in 1870 and lasted until 1923. It was the first independent exhibition association of Russian artists. Its first exhibition, with 16 participating artists, was held in 1871. In the years of its existence, the society staged a total of 48 exhibitions, not just in Moscow and St. Petersburg, but also in other cities within the Russian Empire.

One of the main reasons for the founding of the society was the artists' desire to acquire financial independence from the Academy of Arts, which essentially had a monopoly on the sale of paintings via its exhibitions. In turn, financial independence gave the artists the right not just to earn an income by “cutting out the middleman”, but also to decide on the subjects of their paintings themselves.

In the 19th century, the Russian Academy of Arts was a conservative institution which prioritized the portrayal of mythological, biblical and historical subjects. The young artists wanted to show scenes from contemporary life and preferred “realism” to myths and legends. 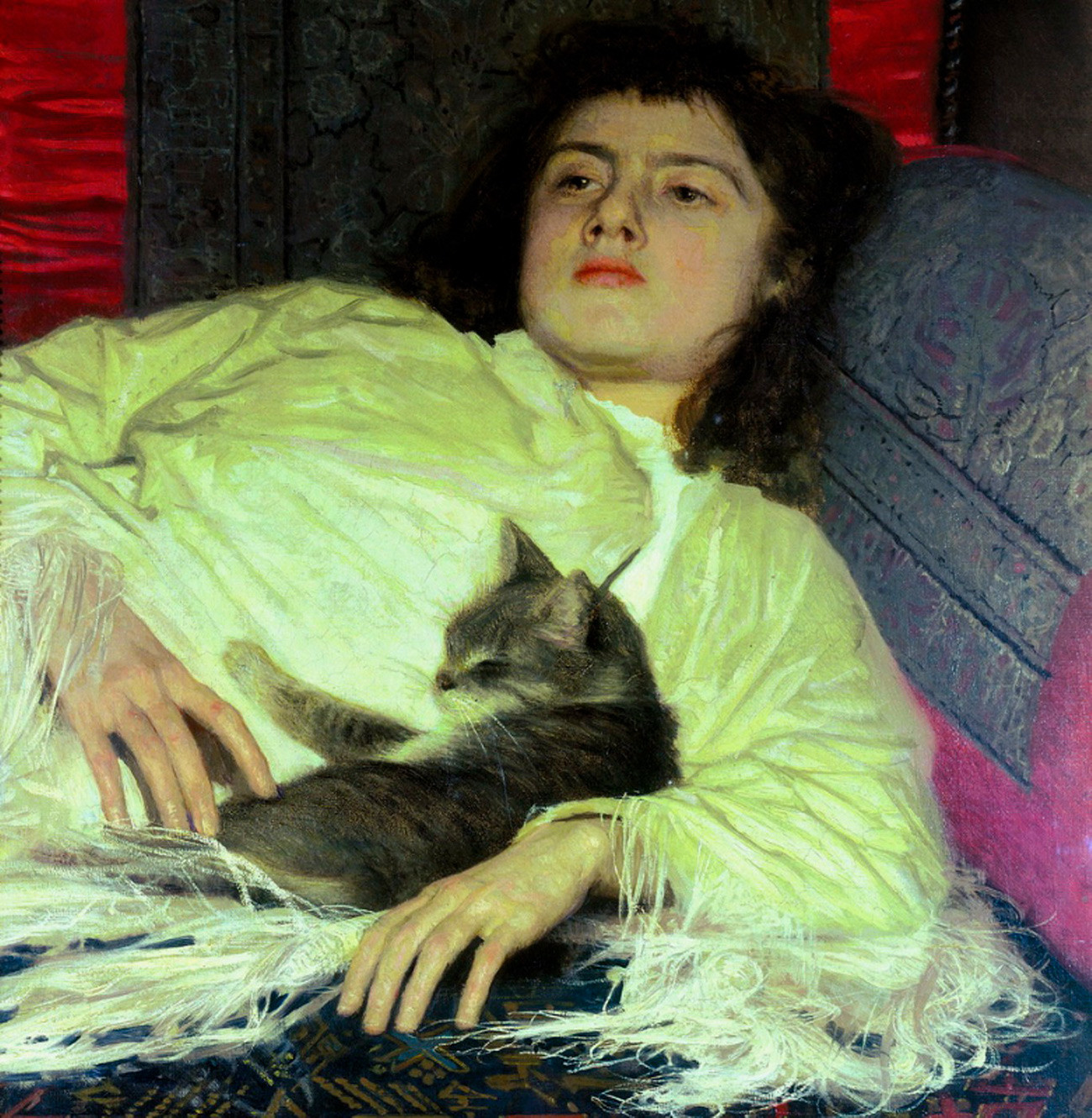 The precursors of the Peredvizhniki (known in English as The Wanderers or The Itinerants) were artists from the St. Petersburg Artel [“Cooperative”] of Artists. In 1863, 14 students from the Academy of Arts had submitted a petition demanding to independently choose the subjects for their diploma works. The petition was turned down by the academy’s authorities.

Subsequently, the students refused to take part in the annual gold medal competition and left the academy. The “rebels”, led by Ivan Kramskoy, set up an art artel along commune lines. From the new artel, participants - members of the Society for Itinerant Art Exhibitions - inherited a policy of independence and confrontation with the Academy of Arts. 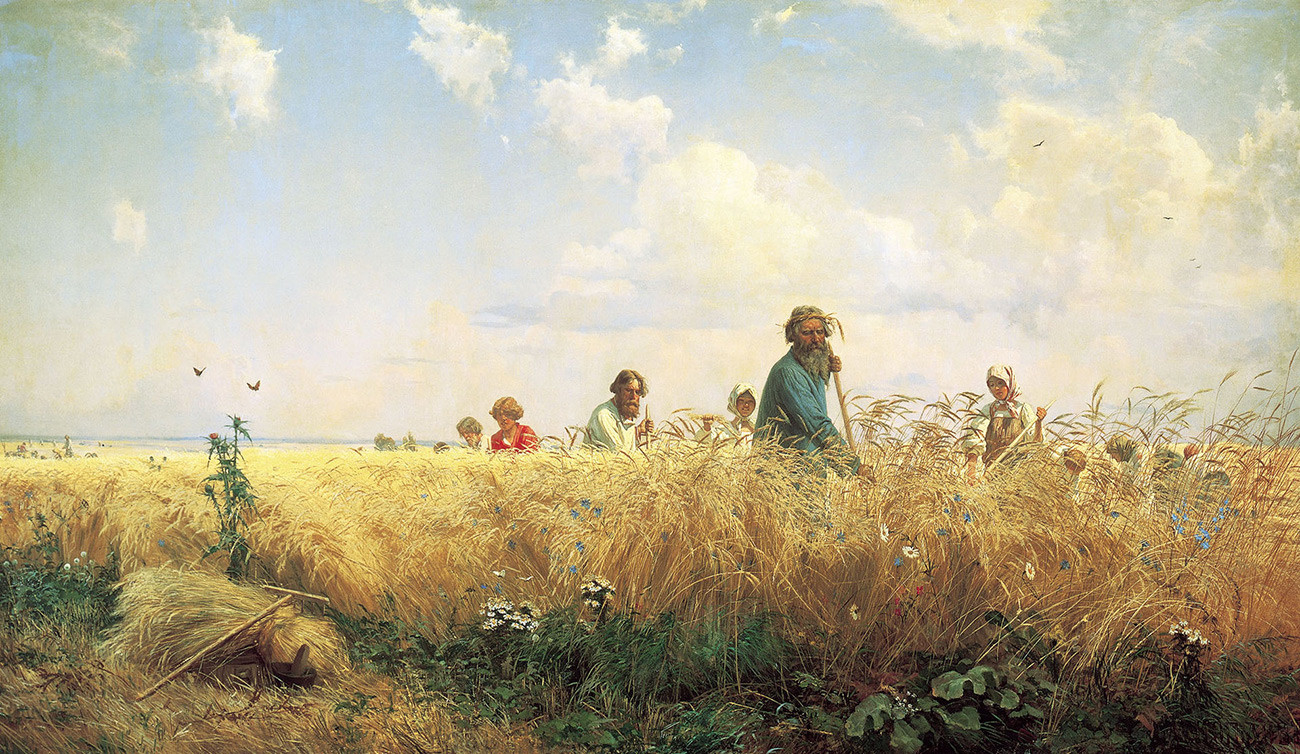 The initiative to found the new association belonged to Grigoriy Myasoyedov. The core of the society was made up of successful and already famous artists - academicians of the Academy of Arts, including Vasily Perov, Alexei Savrasov, Ivan Kramskoi and Ivan Shishkin, as well as professors Nikolai Ge, Mikhail Clodt and Konstantin Makovsky.

With time, the ranks of the Peredvizhniki grew considerably - Vasily Surikov, Arkhip Kuindzhi, Valentin Serov, Ilya Repin, Isaac Levitan and Vasily Polenov joined the group. During the time of its existence, the society numbered over 100 members. 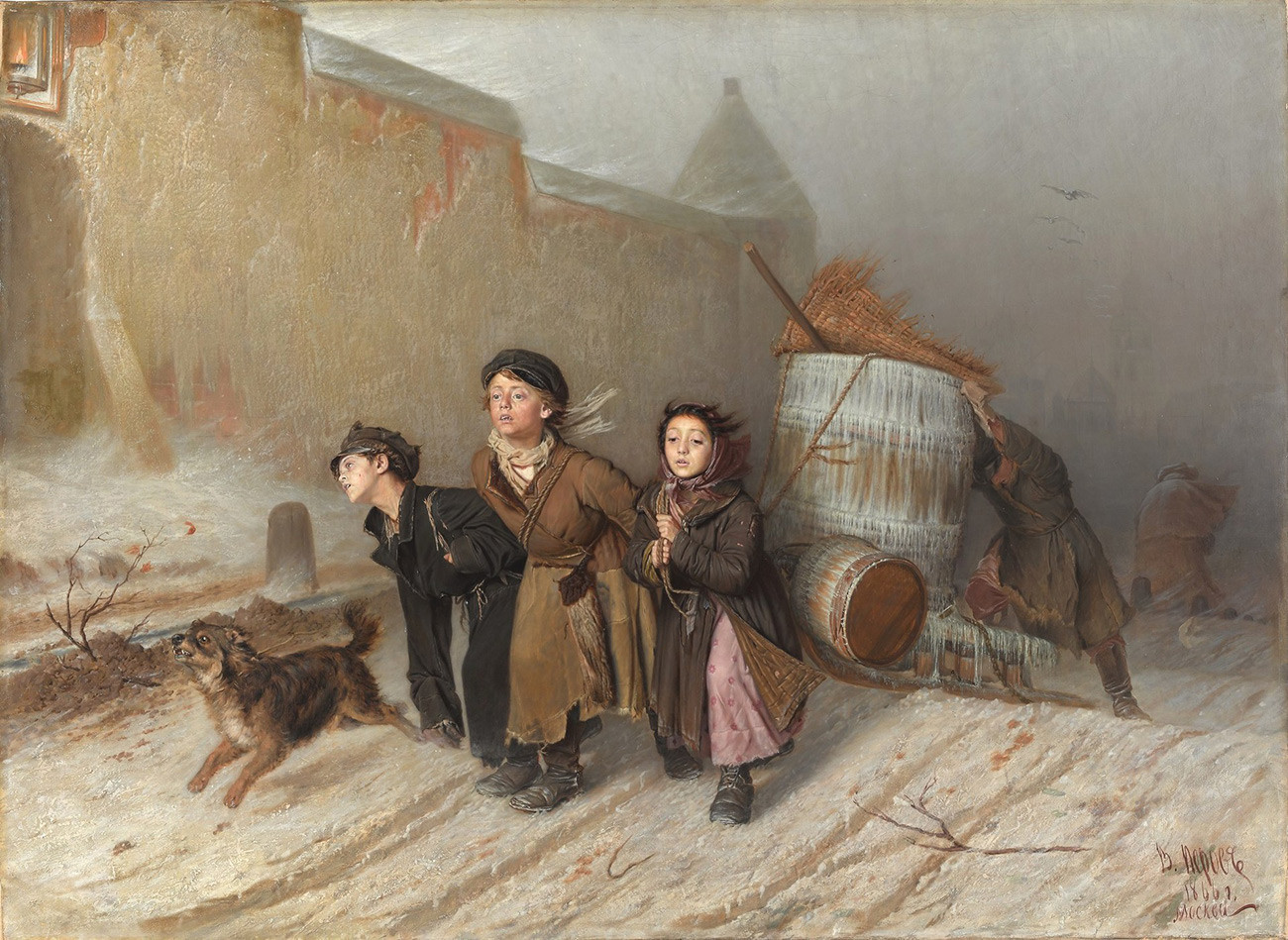 Art critic Vladimir Stasov was the ideologist of the society. In 1882, he proclaimed that “nationalism and realism” were the group's main principles. Stasov passionately opposed the provincial and imitative nature of Russian art of the first half of the 19th century and dreamed of Russian art occupying a worthy place alongside European art. 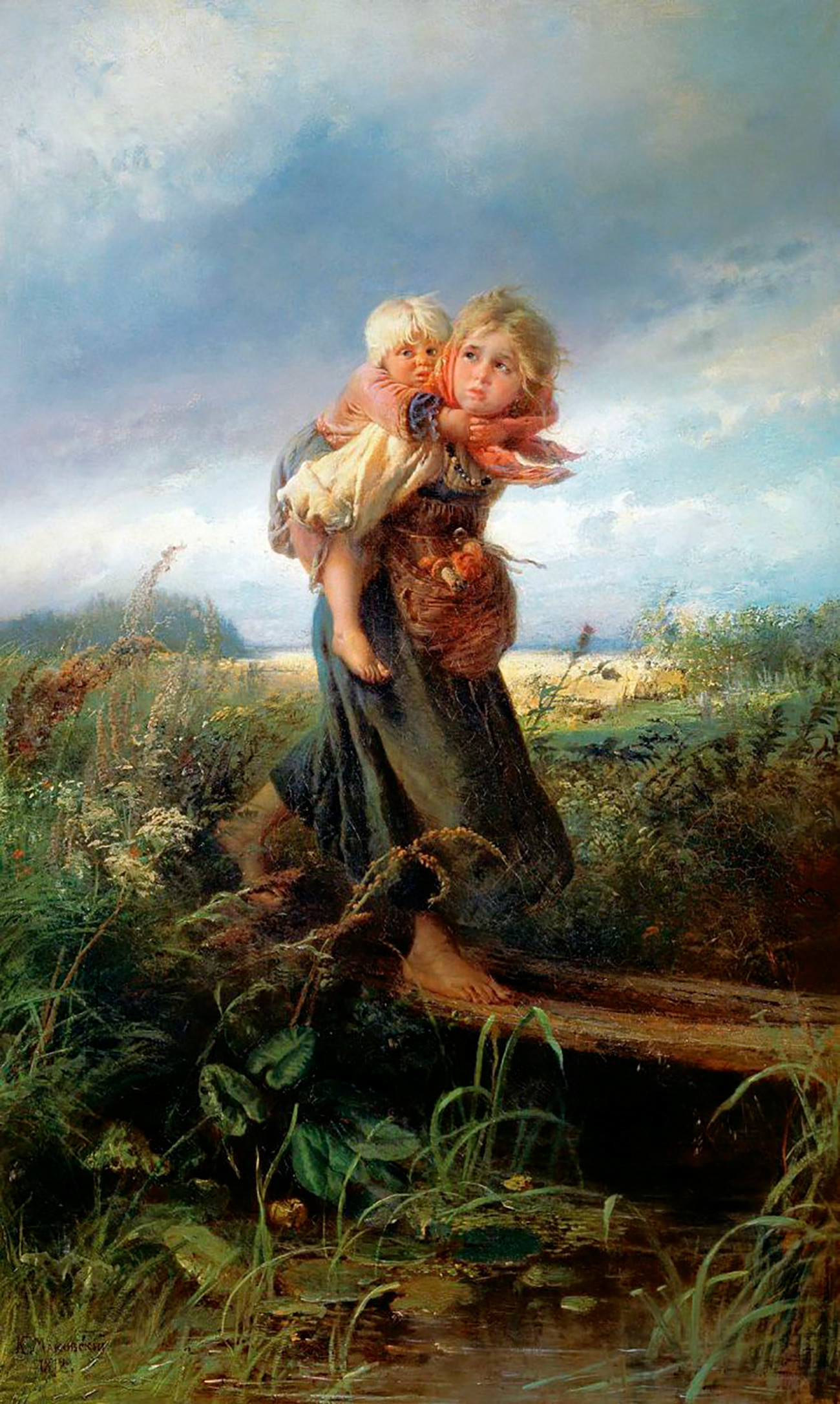 Enlightenment was another key goal pursued by the Peredvizhniki. Their exhibitions introduced the metropolitan and provincial public to the latest movements in art. According to the artist Nikolai Yaroshenko, the Peredvizhniki's dream was “to take art out of the inaccessible palaces in which it was the domain of the few and make it the domain of all”.

One of the rules of the Peredvizhniki's exhibitions, which to a large extent ensured their success, was the requirement that artists should exhibit only new paintings that had not been shown anywhere else before. 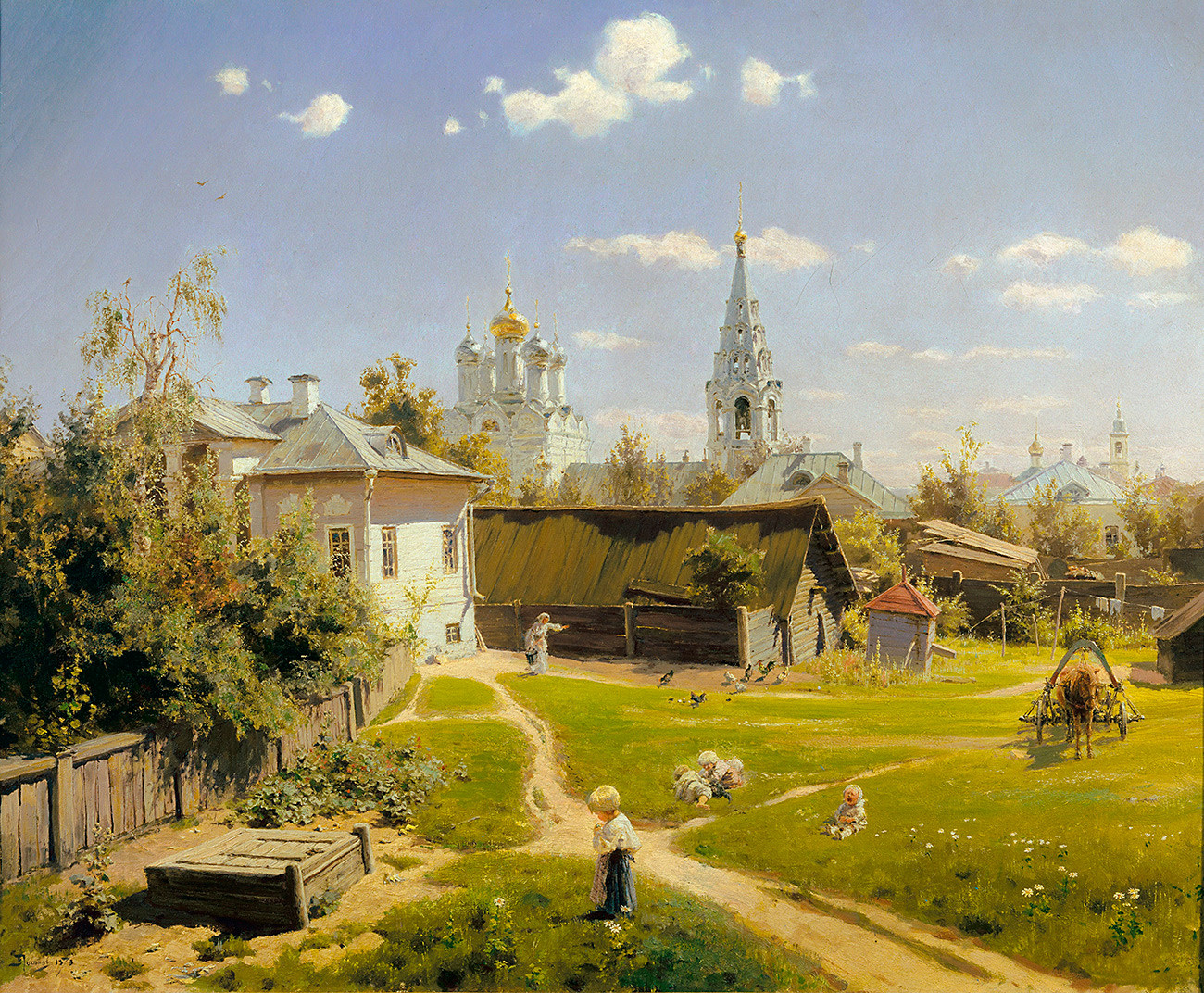 Essentially, the Peredvizhniki formed the first private commercial art venture, independent of state patronage. The artists’ income was determined by selling exhibitions organized in different cities. The artists considerably expanded the market for their works by also displaying them in provincial towns.

The sale of entrance tickets to exhibitions was another considerable part of their income. Each artist donated 5 percent from the sale of their work to the society’s pooled funds, which were used to cover the costs of mounting exhibitions. 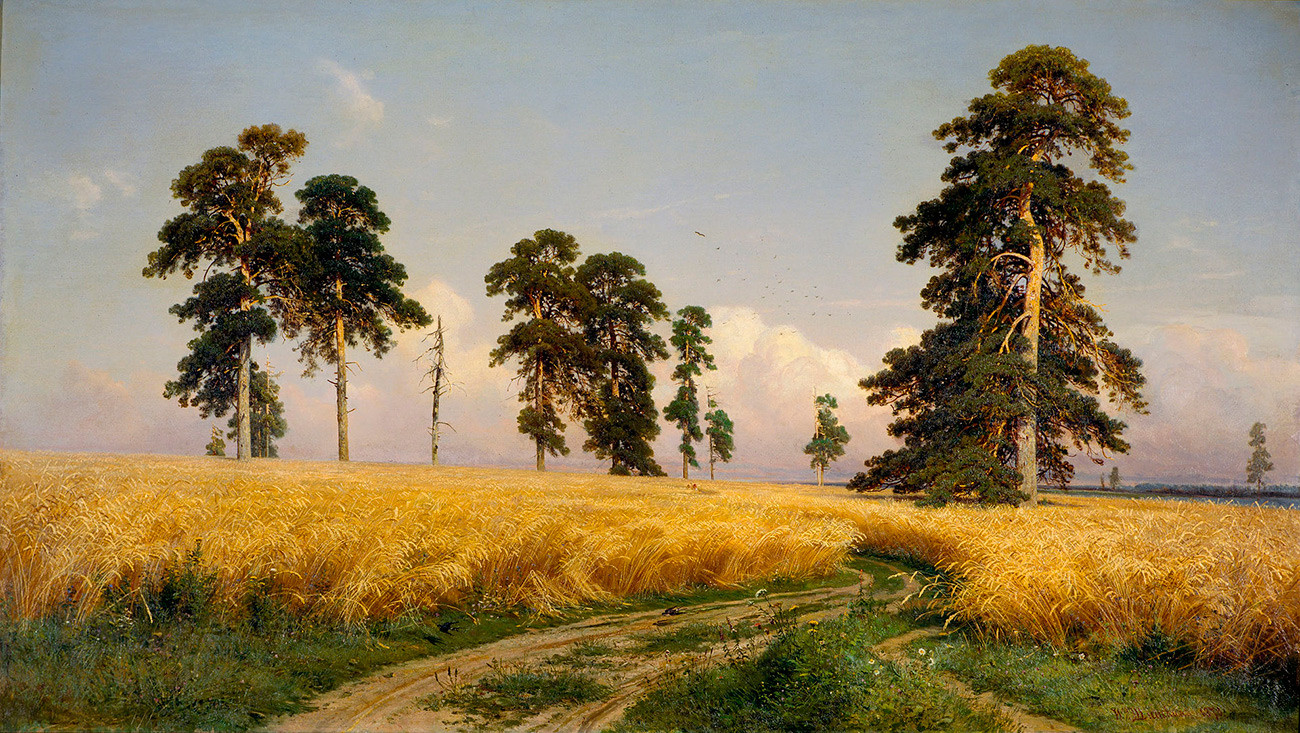 Collector and philanthropist Pavel Tretyakov supported the society, not just by buying pictures for his gallery at itinerant exhibitions, but also by commissioning original work from artists. At the Peredvizhniki's exhibitions, landmark works of Russian art, such as The Rooks Have Come Back by Alexei Savrasov, Moscow Courtyard by Vasily Polenov, The Morning of the Streltsy Execution and Boyarina Morozova by Vasily Surikov, The Birch Grove by Arkhip Kuindzhi, The Stoker by Nikolai Yaroshenko and A Rye Field by Ivan Shishkin, were shown for the first time. 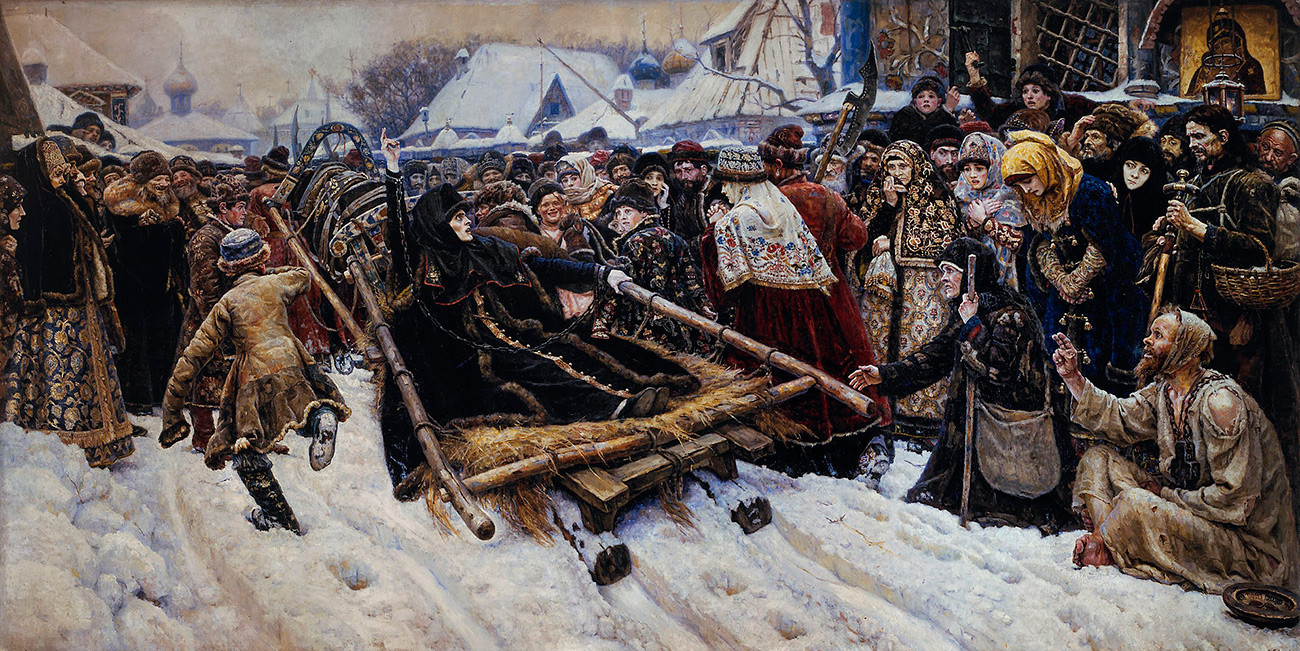 In 1878, Ilya Repin joined the society. Exhibitions of his paintings were almost always accompanied by scandal. His work Religious Procession in Kursk Governorate was seen as a “squalid attack on all sections of Russian society”, They Did Not Expect Him was described as a “pseudo-liberal denunciation and protest” and in front of Ivan the Terrible and His Son Ivan ladies just fainted. The latter painting was banned from being exhibited by imperial decree - and because of Repin's “gory” works, all art exhibitions in Russia were subject to censorship from 1885. 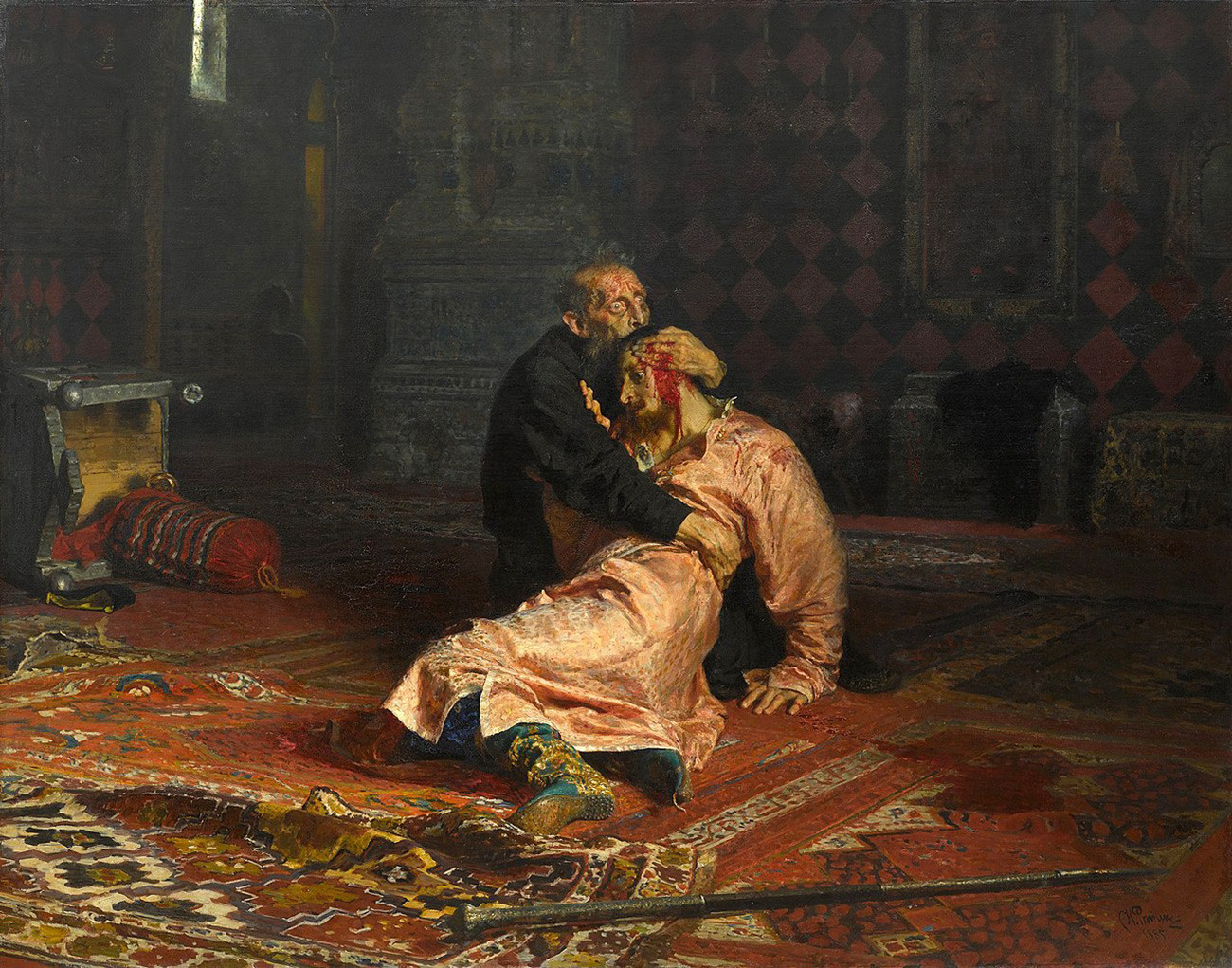 Ilya Repin. Ivan the Terrible and His Son Ivan. 1885

By 1923, the society ceased to exist. Over the years of its existence, its members were often involved in conflicts with one another. Ilya Repin, who twice left the group and then returned, accused his associates of suffering from a bureaucratic mindset. Nikolai Ge, Arkhip Kuindzhi and Viktor Vasnetsov all left the association. In 1901, 11 members left, including Valentin Serov, Mikhail Nesterov and Victor Vasnetsov.

The society's board eventually began to pursue a conservative policy, not really encouraging young artists to get involved, and, with many leading lights of the society having left the art scene, in the end the activities of the Society for Itinerant Art Exhibitions petered out.