Why does this Muscovite artist make religious graffiti? (PHOTOS) 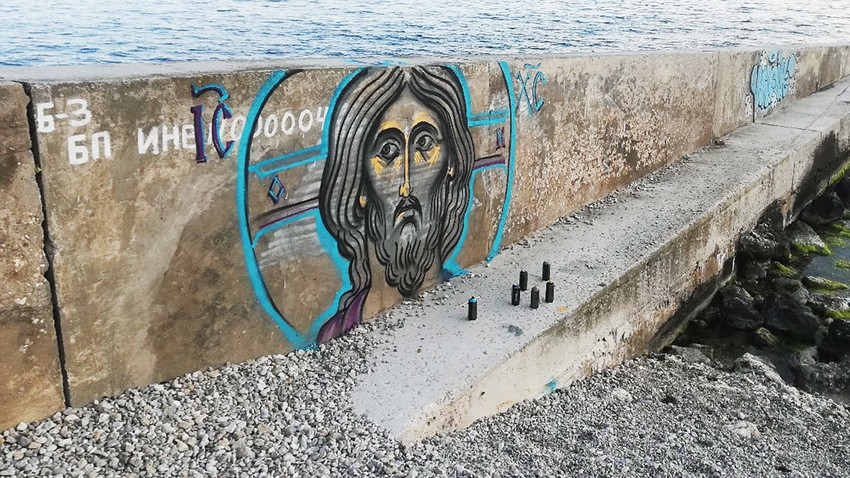 Alexandr Tsypkov
His creations appear in traditional places — on the walls of apartment blocks and under bridges, but they depict either Jesus or the Virgin Mary.

A huge graffiti face of Jesus Christ appeared in Moscow in late October. It wasn’t the first and won't be the last. It was painted on a bridge bearing by 28-year-old Alexander Tsypkov. The artist had to stand on a stepladder to complete the work, which reaches almost five meters high. 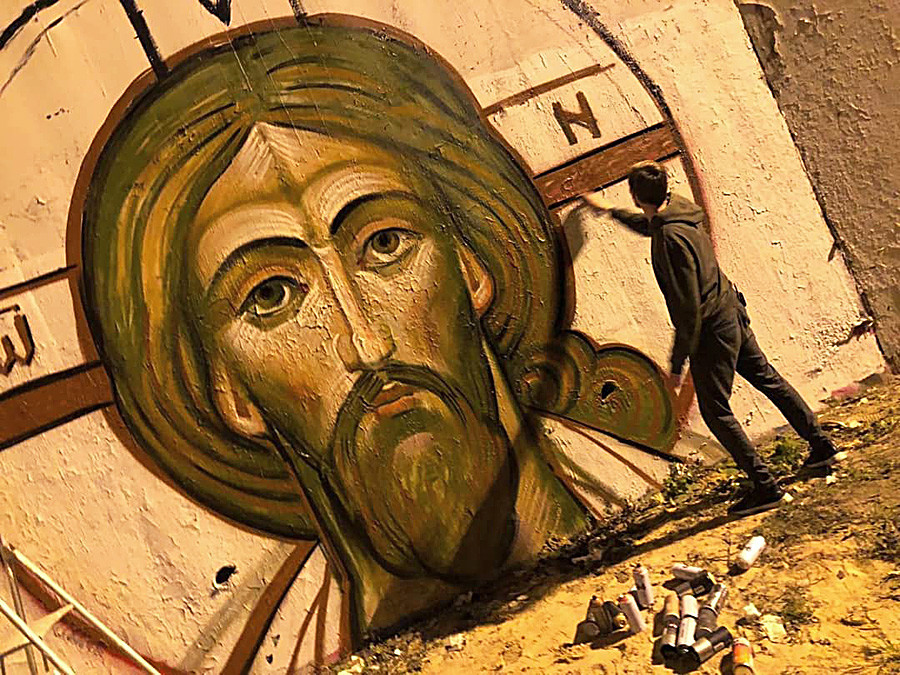 “The first such graffiti I did with a few classmates back in the art institute, about five years ago,” Alexander told Russia Beyond. The students were on a practical assignment in Rostov Veliky, where they decided to visit abandoned churches and paint inside them. “In Russia there are lots of neglected architectural monuments. There are thousands of them, everyone’s forgotten about them and they’re literally falling to pieces. So we went there to raise awareness,” says the artist. 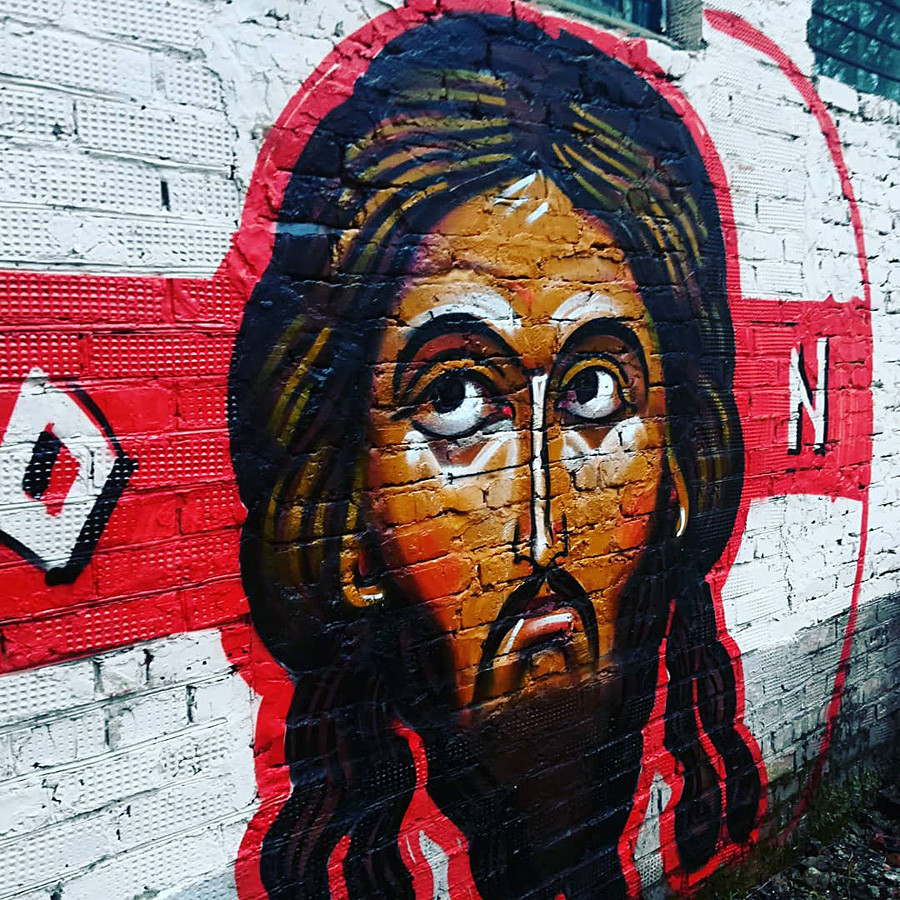 After the university, Alexander painted mainly mosaics and icons in and for churches. Only in May of this year did he and a group of graffiti artists head out into the streets. “The first thing I did was draw a huge Savior. It was really cool. I realized that’s what I wanted to do.” 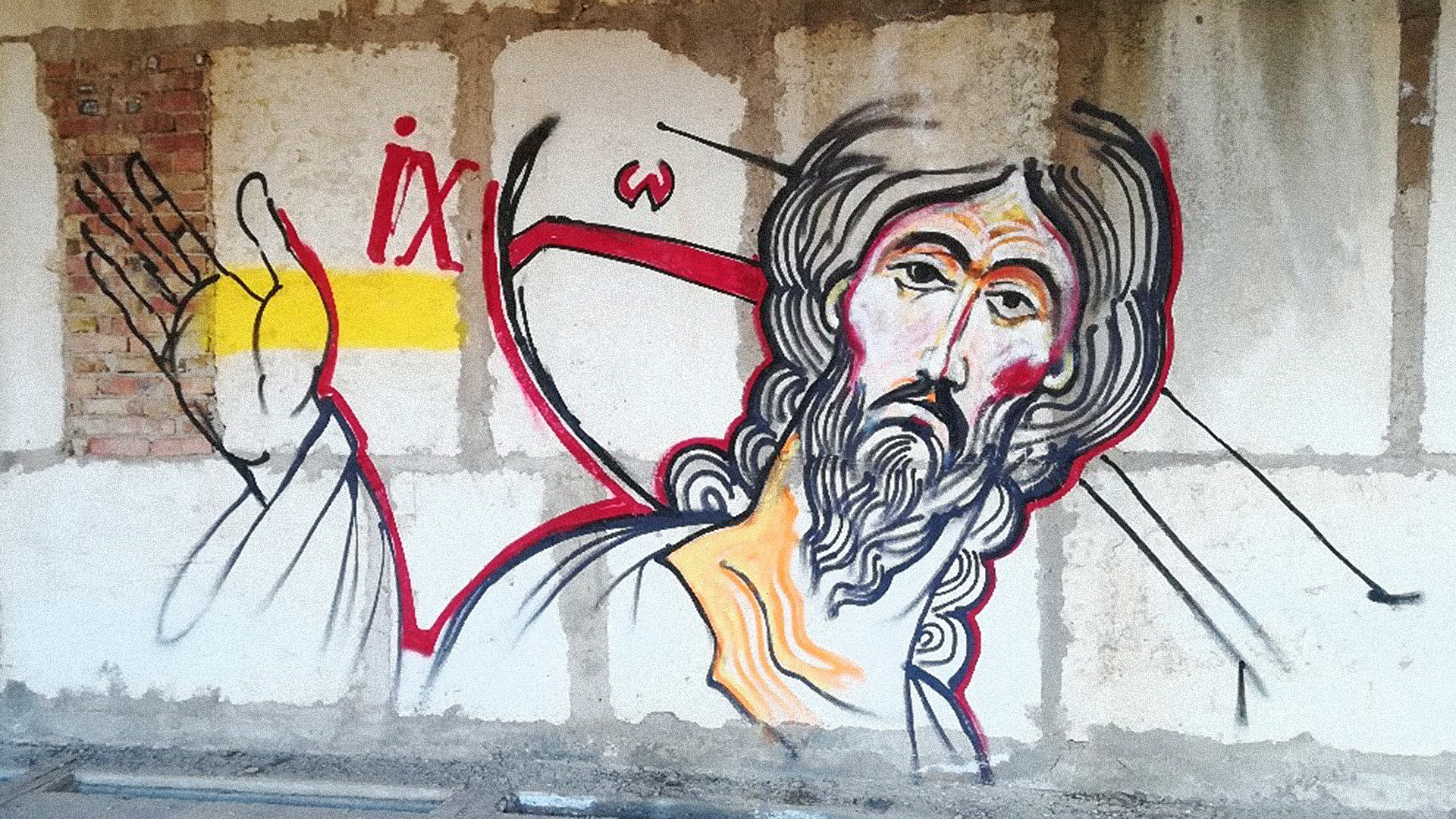 Graffiti icon painting is an attempt to bring icons out of the churches and into people’s everyday lives, to rethink them in a new context, he says. “Icon painting is a beautiful art, it kick-started the Renaissance. But although Russia has very many talented icon painters, church art is in crisis these days. I thought, why not create an icon on a new material without departing from the canon?” 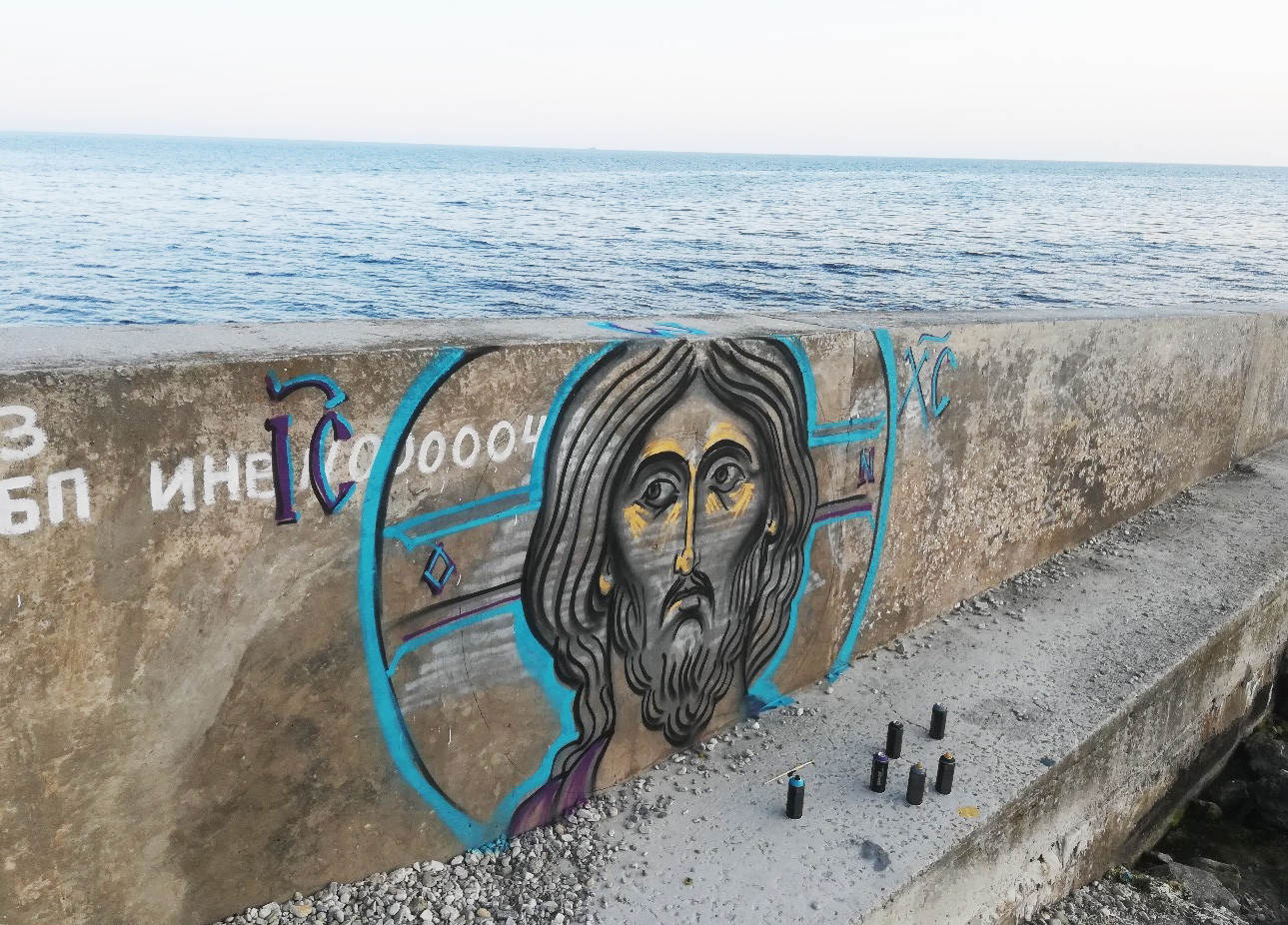 Alexander says that church art does have a mainstream, but generally lacks freedom. 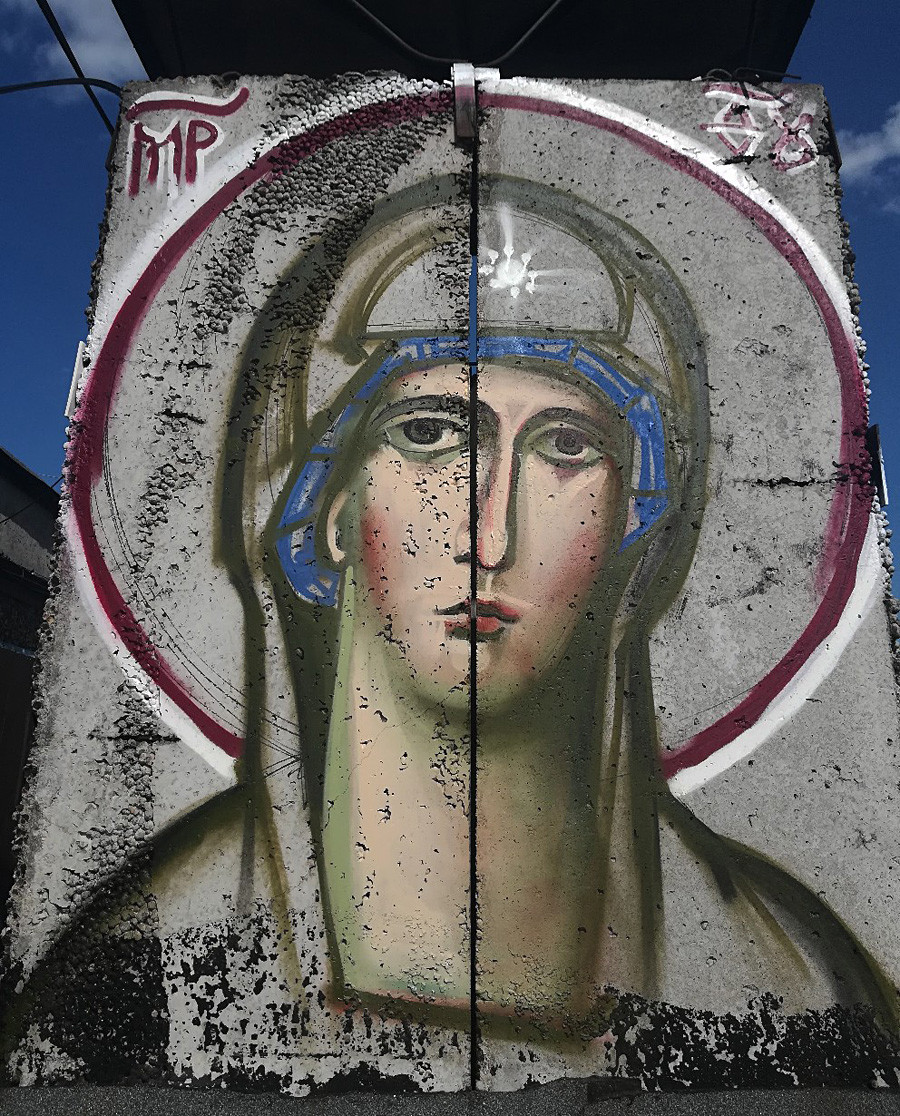 “In ordinary churches today, we see gilded, staid, sentimental images that appeal to church babushkas. You see but you don’t believe — the gilding feels false. Sometimes the church instructs the artist to make the cheeks of the Virgin rosy, and to make her beautiful and her hands so alive you want to touch them. That’s not good. I always wanted to draw freestyle on the street, not to depend on anyone, to look at examples from the 15-16th century and try something of my own.” 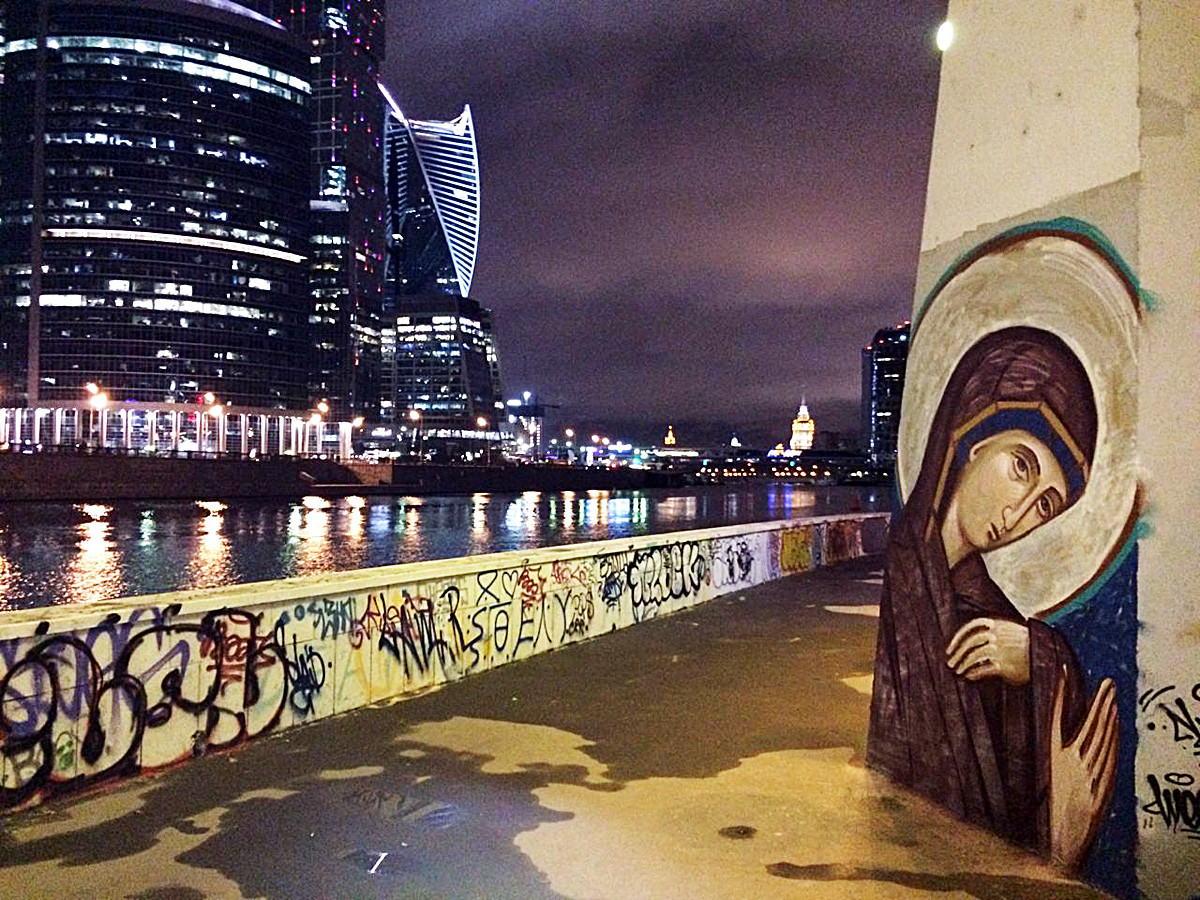 Alexander’s activity forms part of a large art project called After Icon, involving several dozen artists. The project covers everything from organizing exhibitions in museums and the Cathedral of Christ the Savior to creating street art. The aim is to revive the dialogue on Christianity in contemporary art. 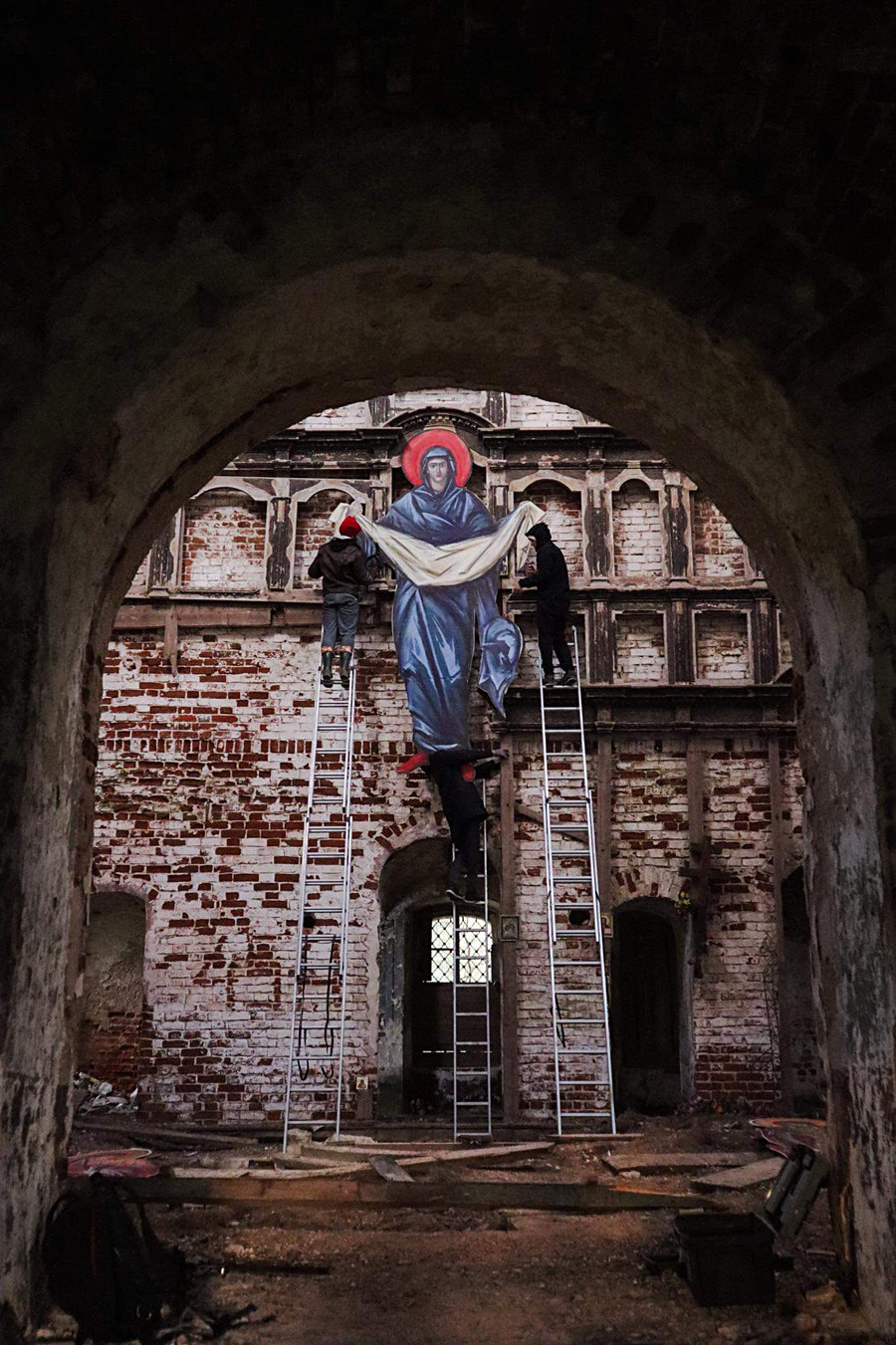 Alexander has the Orthodox Church’s blessing for his graffiti and has never once encountered opposition. “Only certain religious fanatics and regional icon painters object — some find me on social networks and write that I’m smearing the name of Christ, and that anyone can write or draw something bad over the holy faces. But that’s never happened. Other works appear around my graffiti, but never over it.” 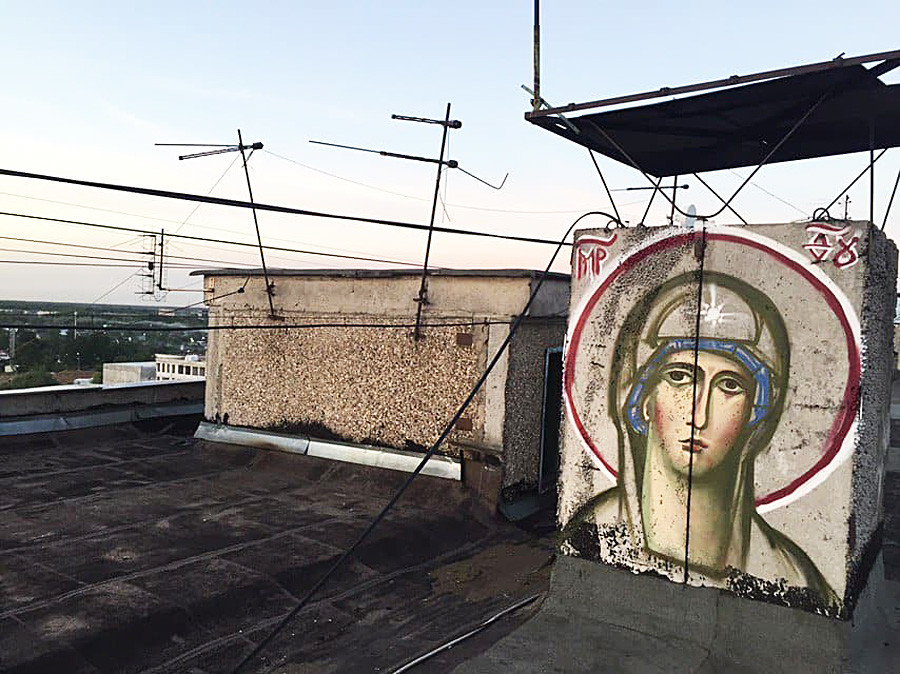 Alexander draws in the same places as traditional graffiti artists: backyards, roofs, under bridges. Just somewhere quiet, he says. At the same time, he understands that he could be arrested for vandalism. “I’d really like to do something huge and grand, covering the entire facade of a multi-storey building,” he says. But the city administration doesn’t lend its backing to such plans. The only work sanctioned by the authorities to date was a huge psalm created at a street art festival in Odintsovo, Moscow Region. 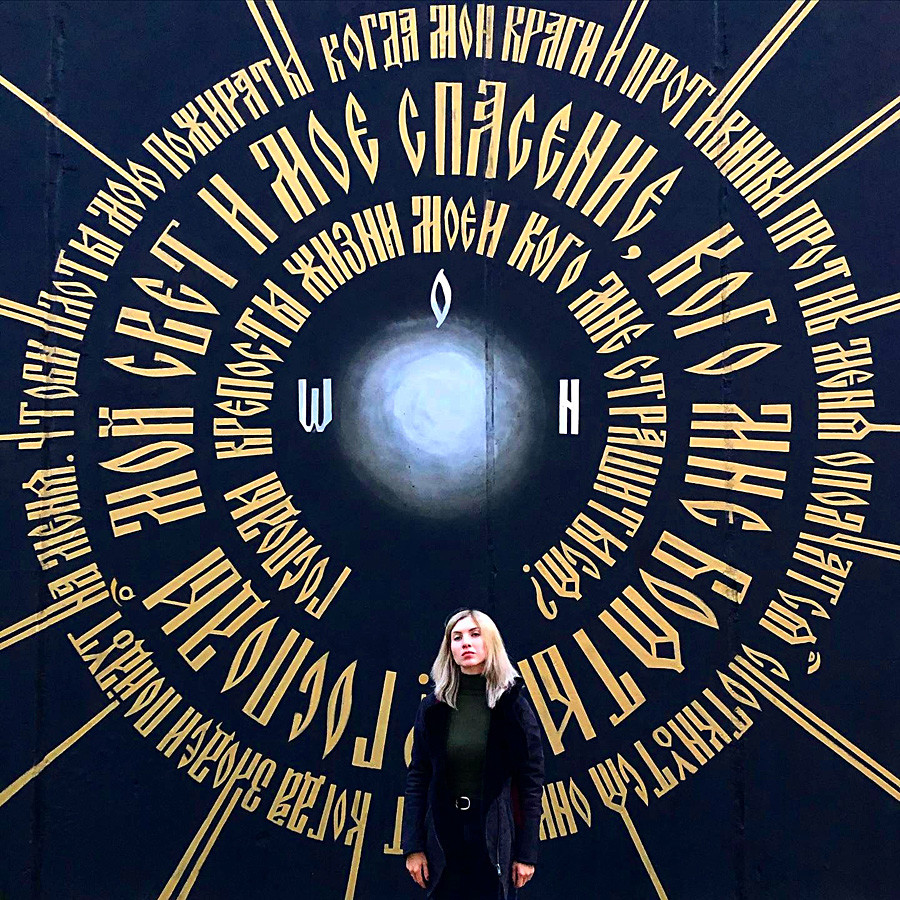