Are Russians surprised by foreigners who can speak Russian fluently? 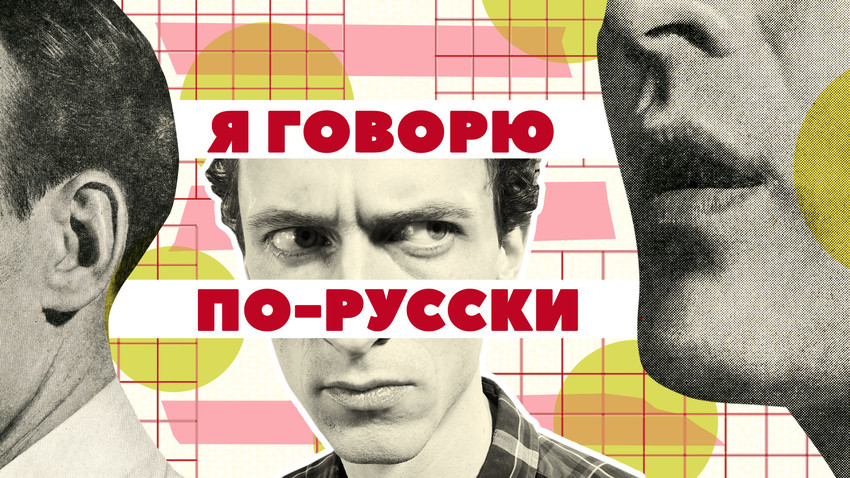 Getty Images, Russia Beyond
The reaction can be unpredictable, but is likely to be one of two alternatives.

Imagine that you live in a tiny island state with its own language, and only a few thousand people in the whole world speak it. You go on vacation, say, to Rome. You enter a store, and some stranger strikes up a conversation with you. In your mother tongue. “Holy s**t!” you exclaim internally (or out loud).

That’s approximately how many Russians react when they meet a foreigner fluent in their own language. And that’s despite the fact that Russian is hardly a “small” language, with 120 million native speakers in Europe alone, making it the continent’s most prevalent tongue (see our article).

Sure, it all depends where you’re from. If from Kazakhstan or any other country from the former Soviet bloc, don’t expect a pat on the back. You will be expected to know Russian. But if not, it will come as quite a surprise. And could lead to some out-of-the-ordinary situations.

They can’t believe that you sat down and learned it

“An overwhelming majority of Russians have never in their whole life met a person who cannot speak their language. They live in an enormous country where everybody is fluent in Russian,” writes Alexei Tereshchenko, a Russian from Latvia, on Quora. “In theory, of course, everyone knows that there are many languages ​​in the world, but in practice it’s hard for such people to imagine that there are people out there who don’t understand Russian,” he reckons.

“I remember this feeling as a 12-year-old boy. I was sitting in the veranda of our country house with a Servas traveler from Switzerland and I asked him something in Russian. He did not understand me - and it felt so weird. How in the world can this man not understand Russian? For several seconds I was sure he was just pretending not to understand, because he was mean and wanted to spite me,” recalls Tereshchenko.

But such attitudes get turned on their head when Russians begin to travel the world and learn at least one foreign language. Then they drift to the other extreme: they understand that Russian is darned complex, and think that no foreigner can ever learn it. “When I came to Paris and discovered that some French were actually learning Russian, I could not believe it”, says Tereshchenko.

Josephine Stefani from Hong Kong concurs: “When my Russian, Ukrainian and Kazakh friends find out where I’m from, their responses were almost invariably: ‘HOLY F*CK.’ Thankfully they don’t dwell too much on it, and after a short explanation they nod and/or shrug and we move on to other topics.”

But the reaction might not be so gushingly positive.

“The asshole’s trying to impress us, isn't he?”

Some Russians have a Pavlovian response depending on their line of work (and, if truth be told, their innate mistrustfulness). Ganesh Mahadevan, a former naval officer, worked with Russians for many years and explains what to expect and from whom:

“Senior Political and Official Functionaries: Their reactions are of three broad types: 1) The asshole’s trying to impress us, isn’t he? Could serve as a ‘Useful Idiot.’ 2) Probably works in Intelligence. Ignore/discard/avoid him. 3) Possibly an interpreter. We only use ours.”

He relates how the top brass often tried to “test” his knowledge of Russian by quoting some particularly challenging piece of Russian poetry, and translators got divided into groups: “Top grade interpreters accept you in a professional and friendly manner. The Ordinary types feel terribly insecure and try to put on a ‘who is this creep?’ attitude. The younger, modern type: This one is keen on using you for some English practice himself, and so replies only in English, with a faint look of contempt.”

There are benefits to be had

It may seem at times that speaking Russian is more trouble than it’s worth, but in reality it can be a great ice-breaker. In a peculiar sort of way.

“There was one time I masqueraded as a Russian citizen with my family in St. Petersburg to get cheaper tickets to tourist destinations. At first, when my family claimed I was Russian, the cashier lady wouldn’t believe them because I ‘looked foreign,’ but when I spoke Russian with her, she was surprised and at least half-convinced — she let us buy the cheap tickets in the end,” says Alexandra Martirosyan, an Armenian-American.

“The incident happened when I was taking my non-Russian-speaking American flatmate to buy a mobile phone. The first shop we tried, they told me they couldn’t sell to him because he didn’t have a Russian passport. I expressed surprise and indignation at this (in my non-native-accented Russian), and they confusingly told me it needn’t be a problem, as they could just use my passport for the documents,” says Gareth Roberts from Wales.

And yes, it’s true that knowledge of Russian opens doors, including to the subtle world of informal relations, which to Russians are like water to a duck. If you're lucky, you'll be let inside. “The first occurred when someone came to our flat to fix our phone connection. Really nice guy, and we chatted a bit. He said he took it I was from the Baltics. When I told him where I was from, he was really surprised and (presumably thinking I was foreign enough, and perhaps illegal, that I wouldn’t want official attention) assured me he wouldn’t put my name down on any forms,” recalls Roberts.