Why the USSR assisted African countries in becoming independent (PICS)

Culture
Russia Beyond
By supporting anti-colonial movements in Africa, the Soviet Union tried to achieve two goals at once: to gain influence and allies on the Dark Continent, while significantly weakening its western geopolitical rivals. 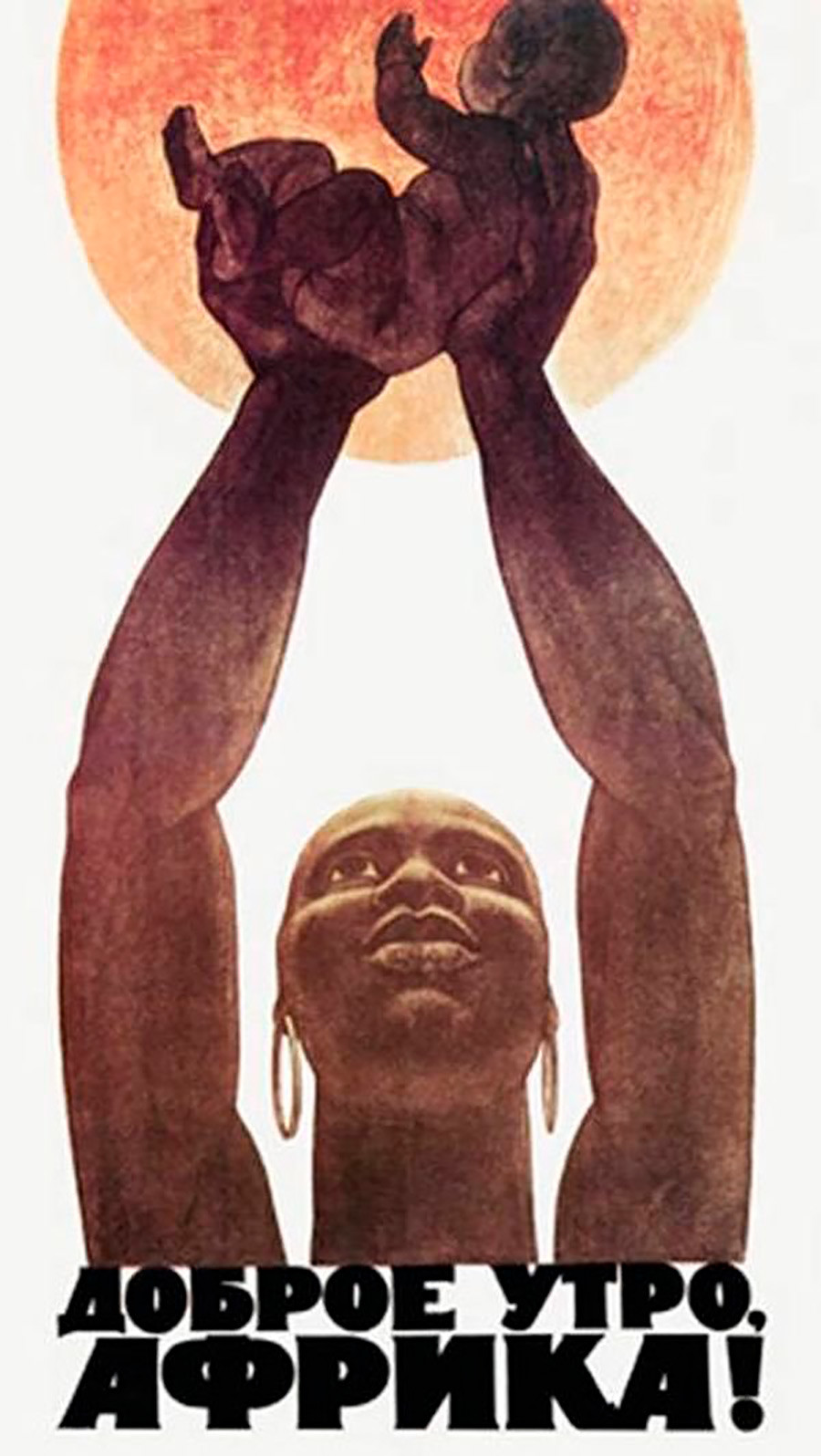 “Freedom to all nations of Africa!” 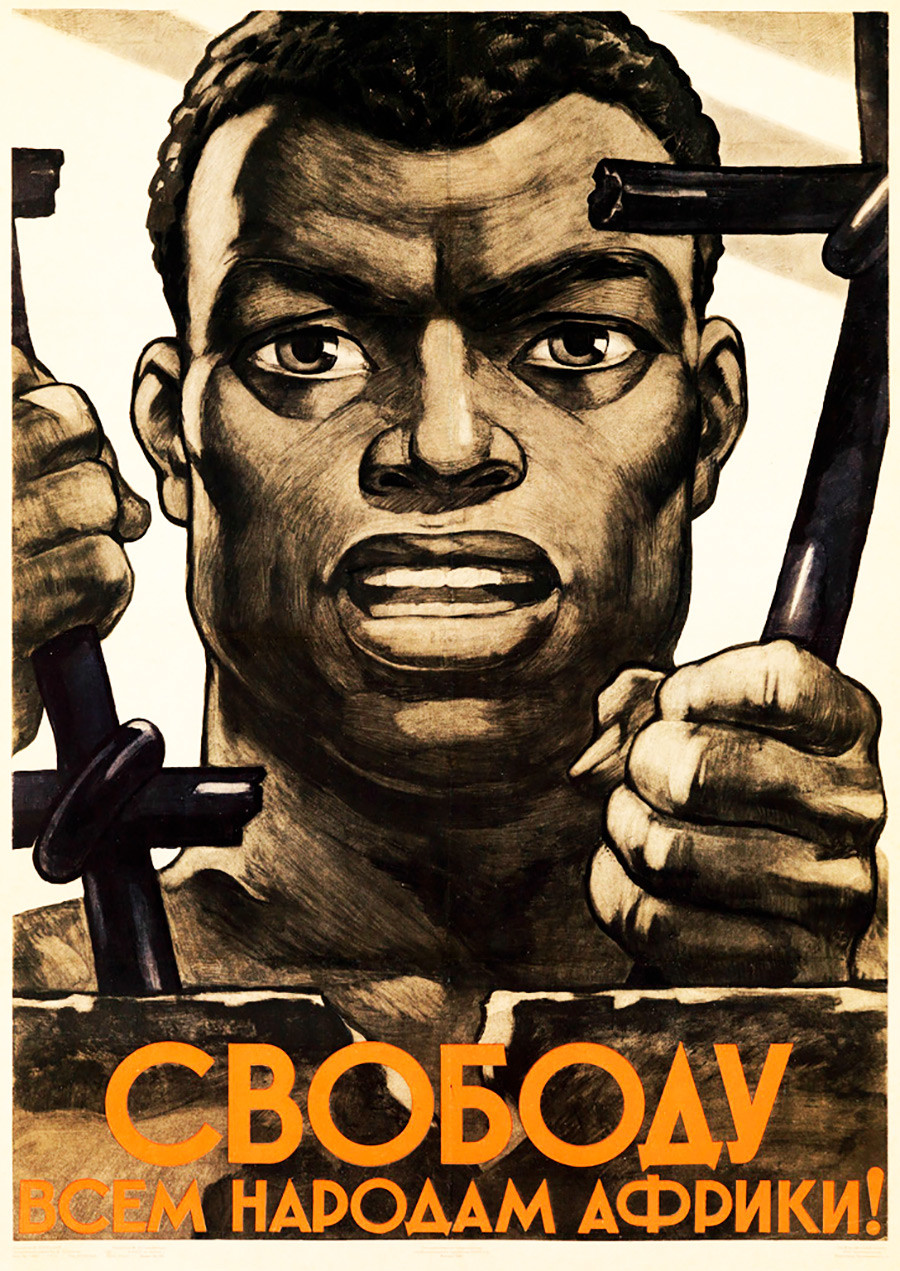 “Africa is fighting, Africa will win!” 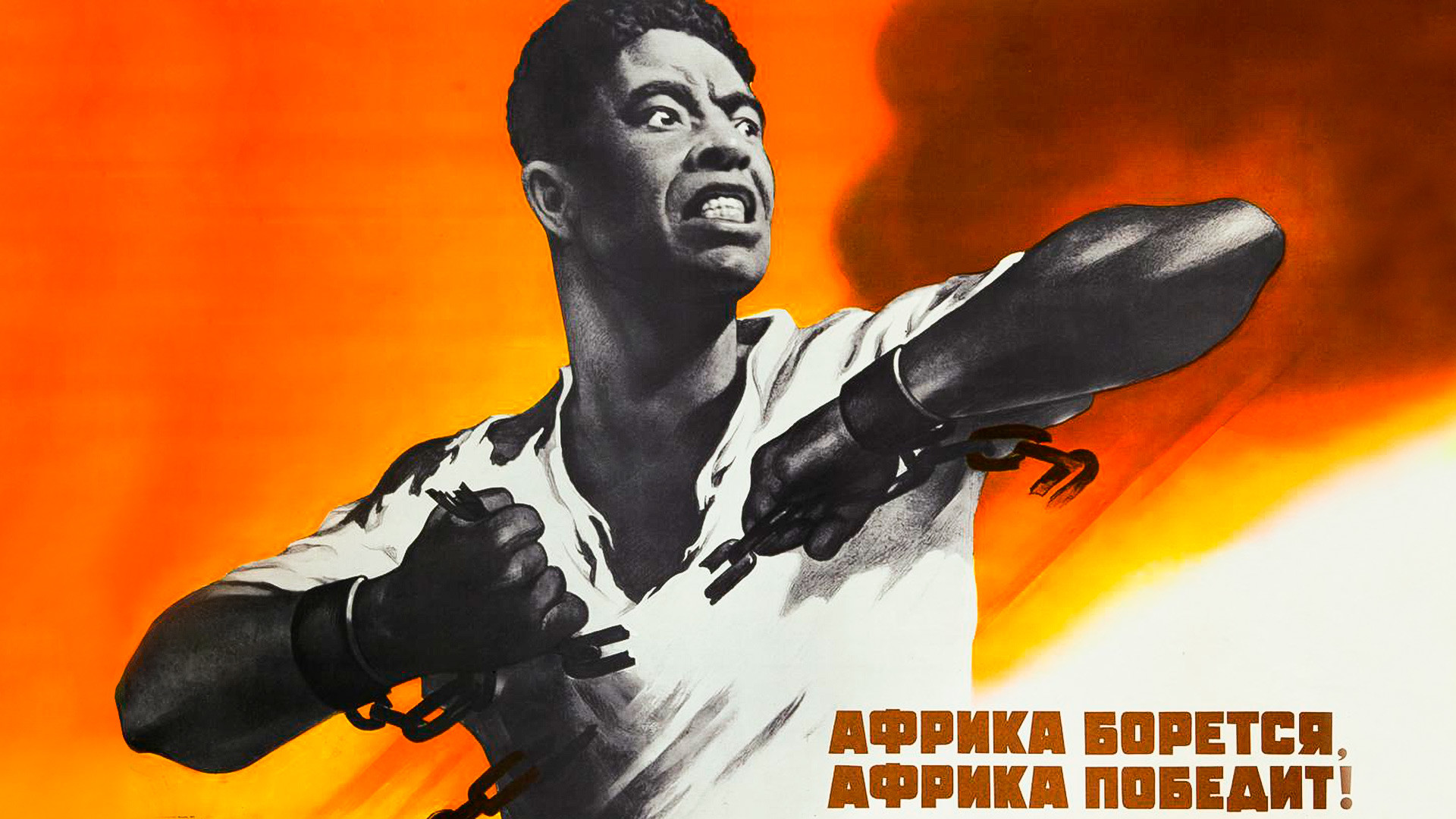 “You cannot extinguish the dawn of freedom!” 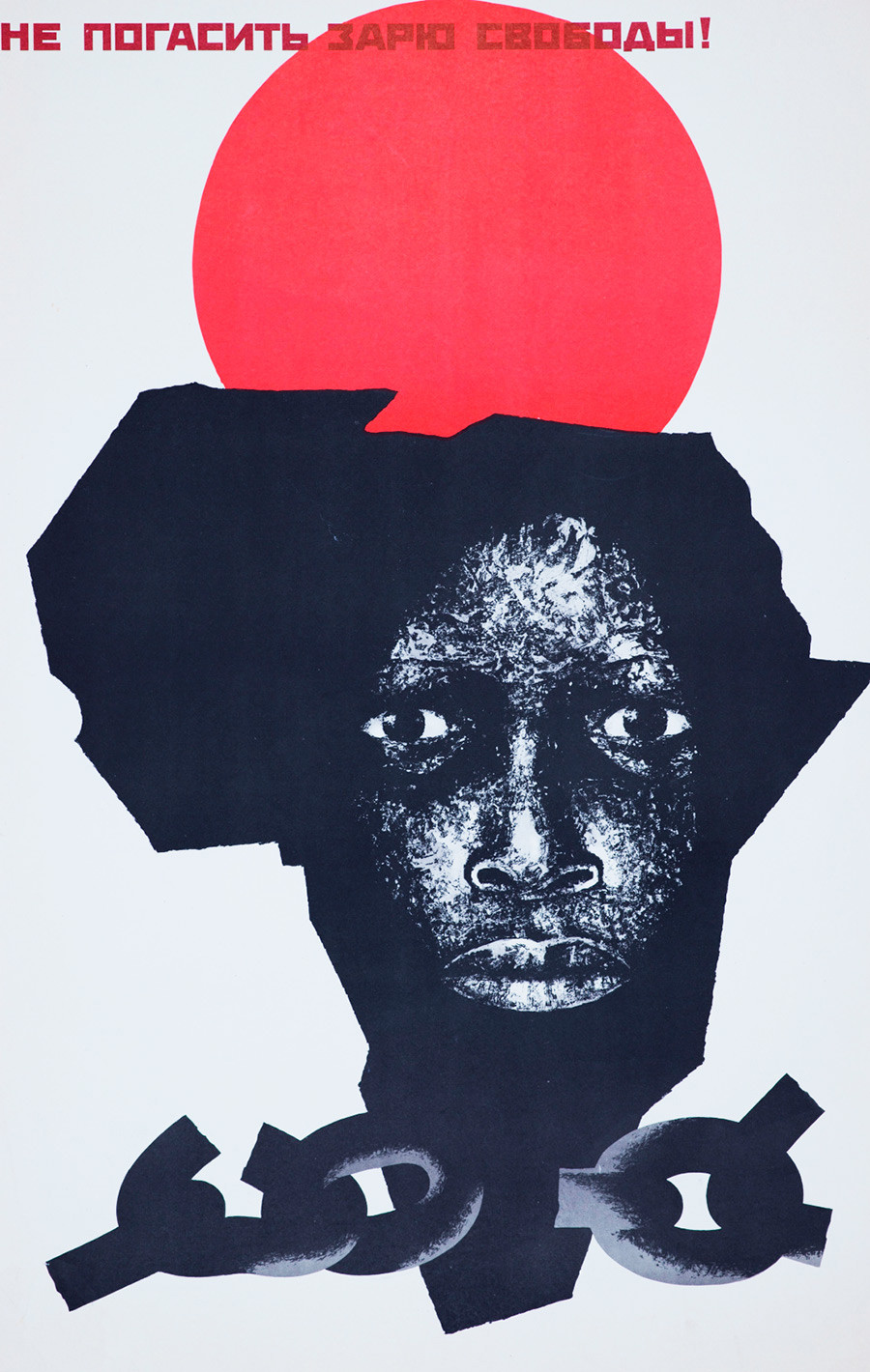 “Nations of Africa will rein in colonizers!” 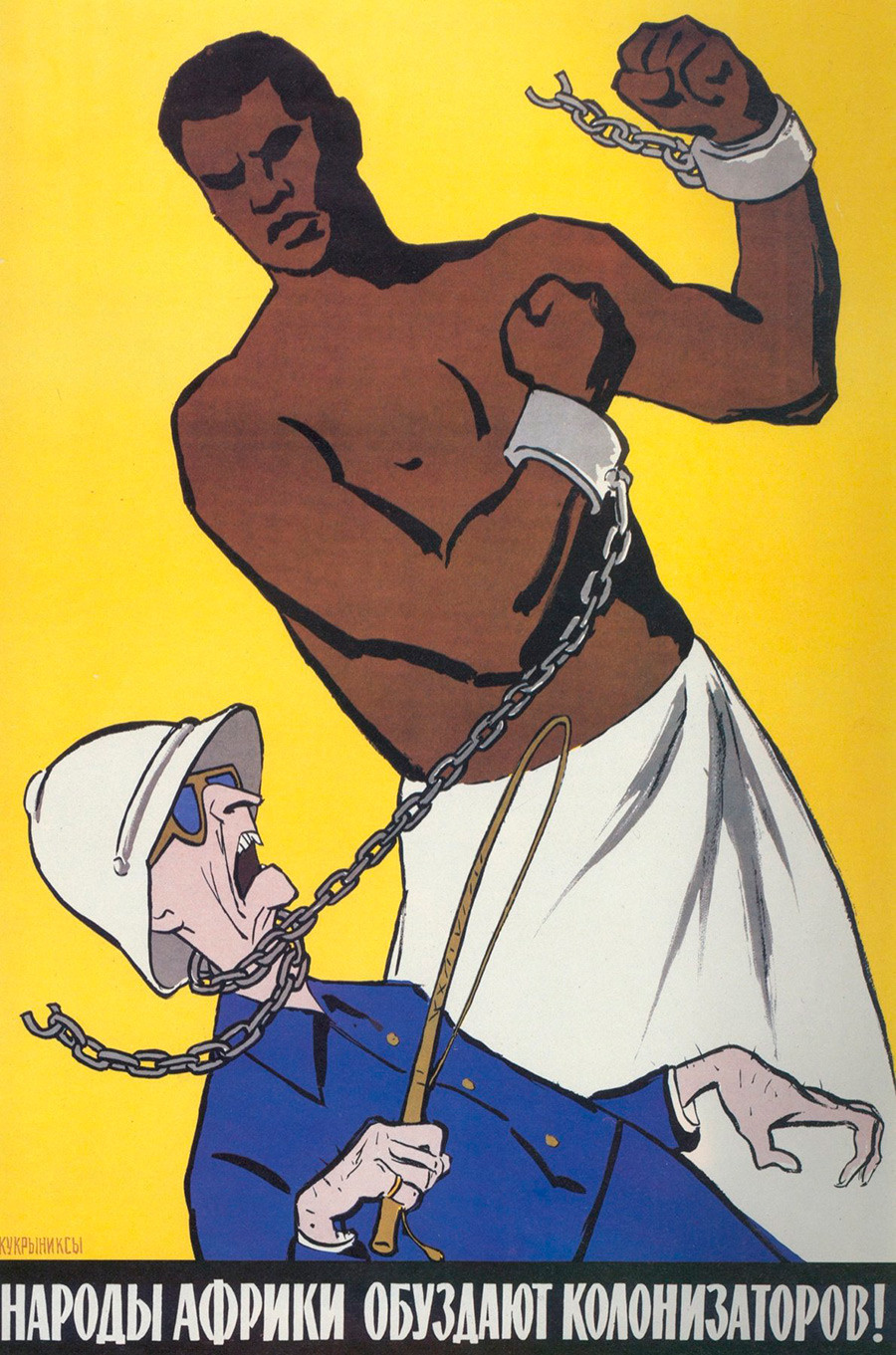 “The Great Lenin has illuminated our path.” 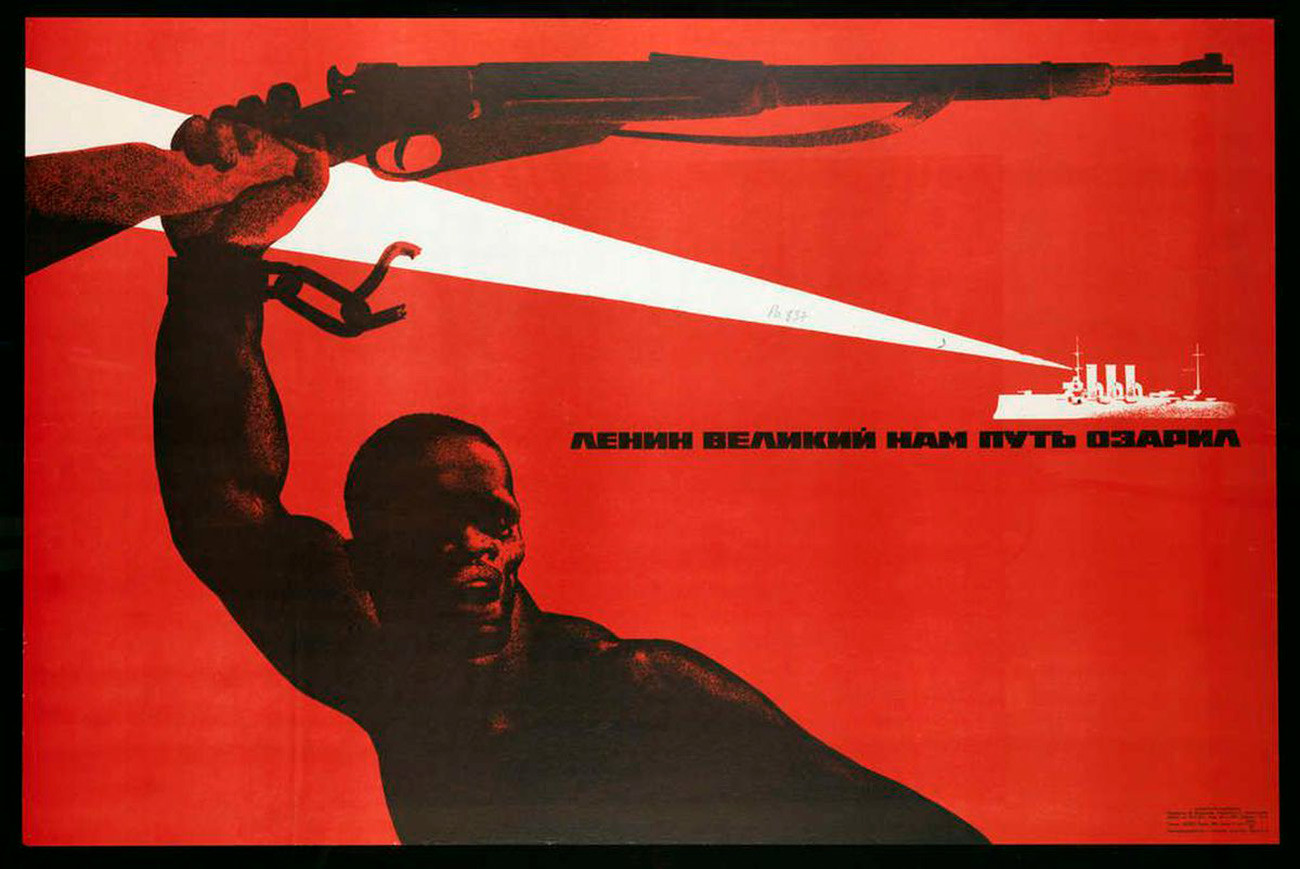 “Wind of freedom is blowing over Africa!” 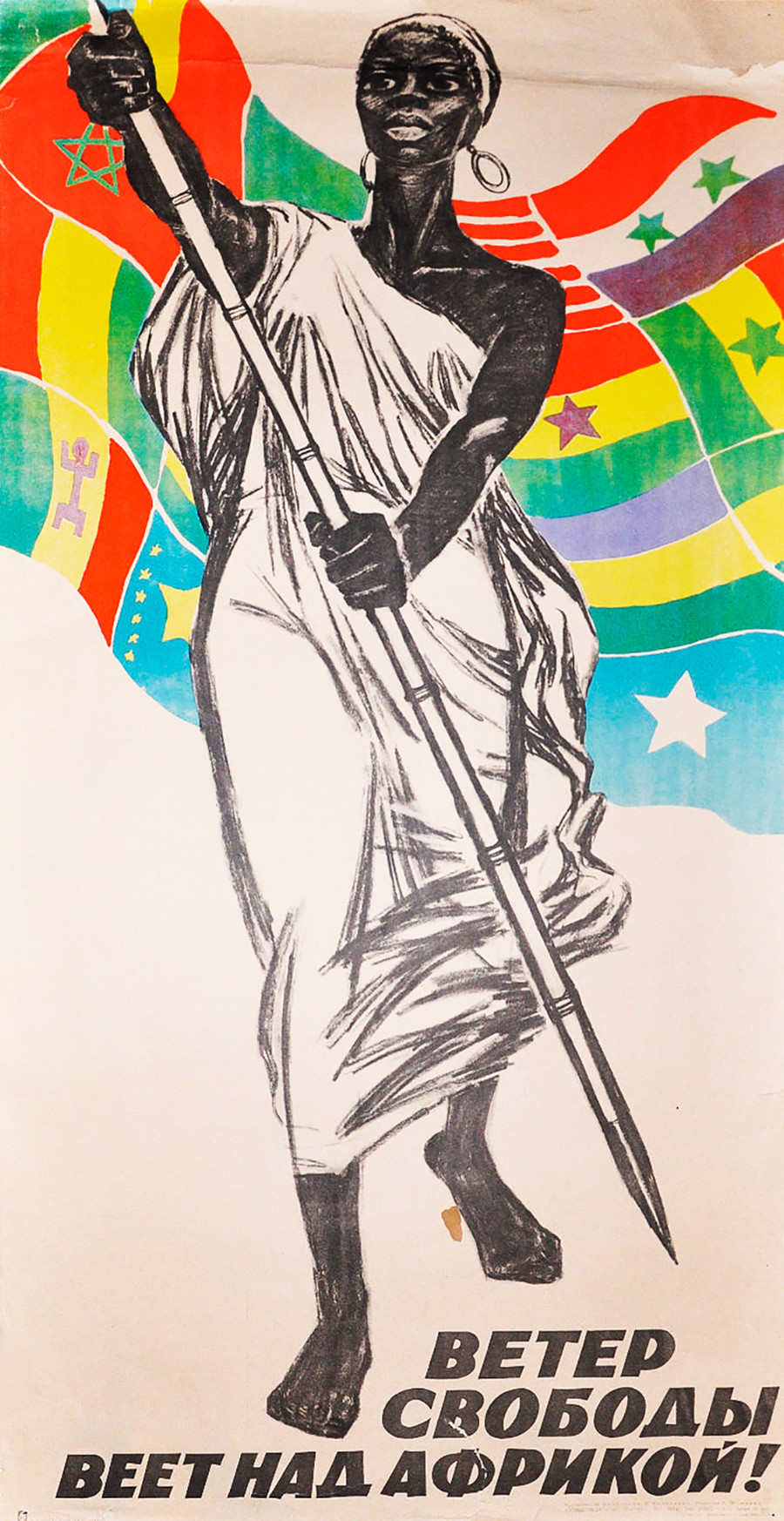 “The time for revenge is coming, the flame of struggle is heating up. By shaking off the hated burden from their shoulders, slaves gain freedom.” “FREEDOM!” 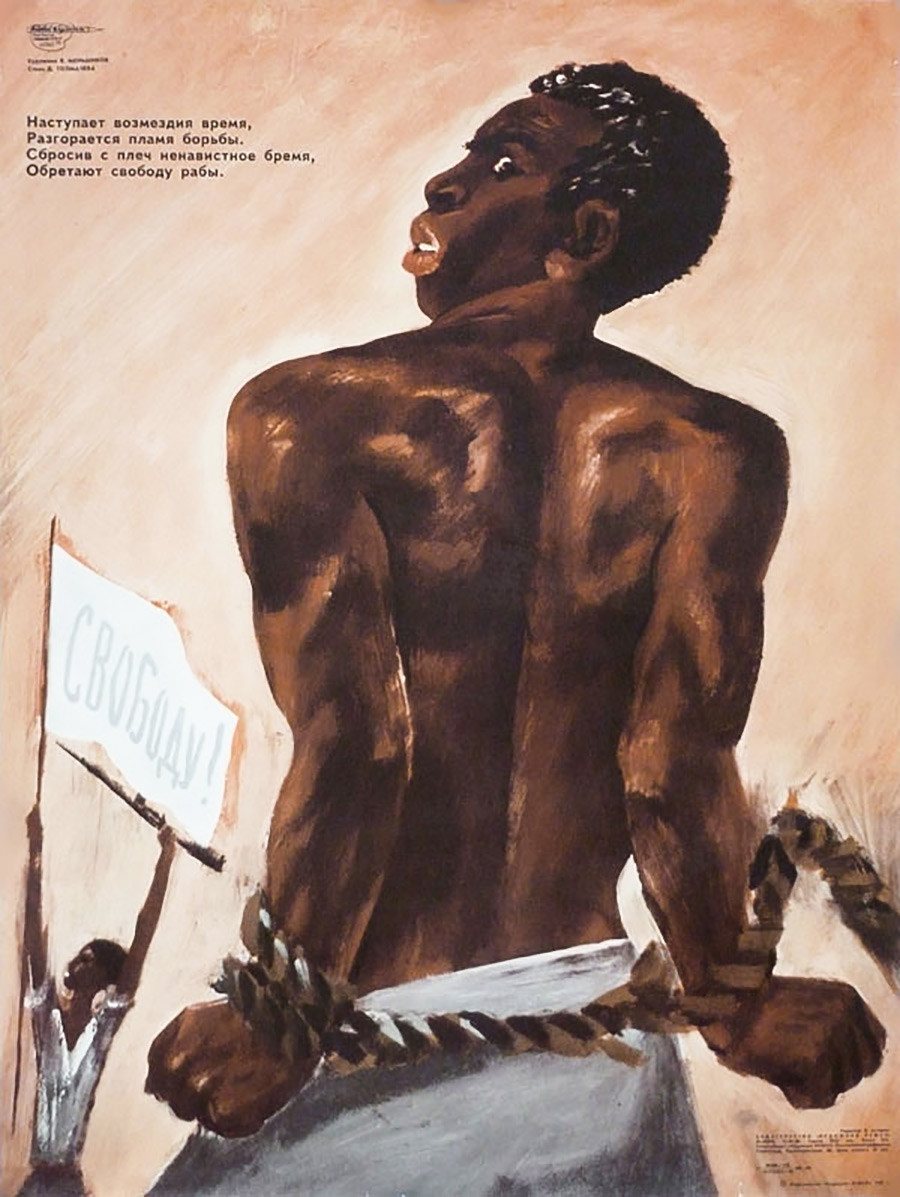 “Africa is building, Africa will win!” 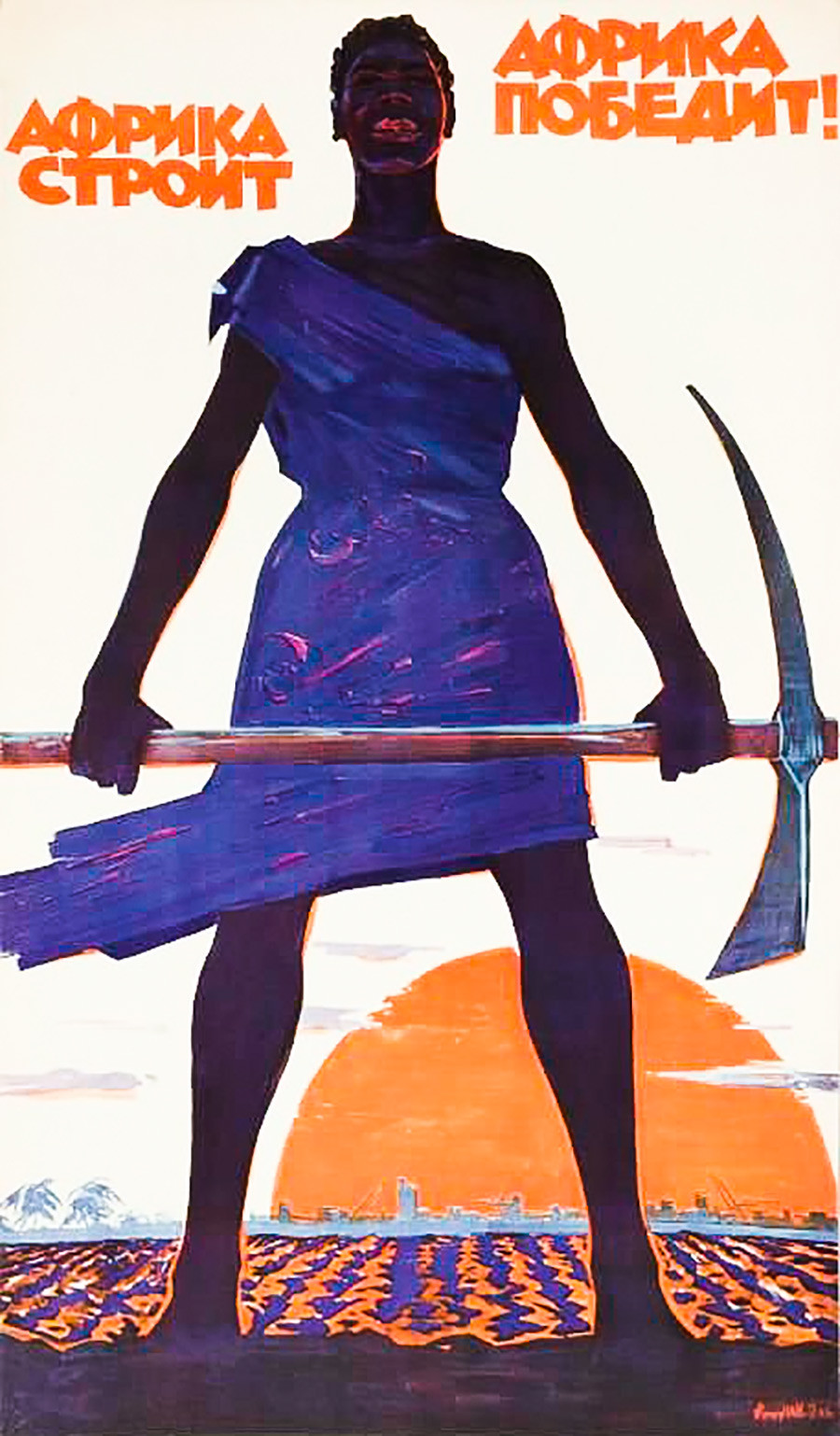 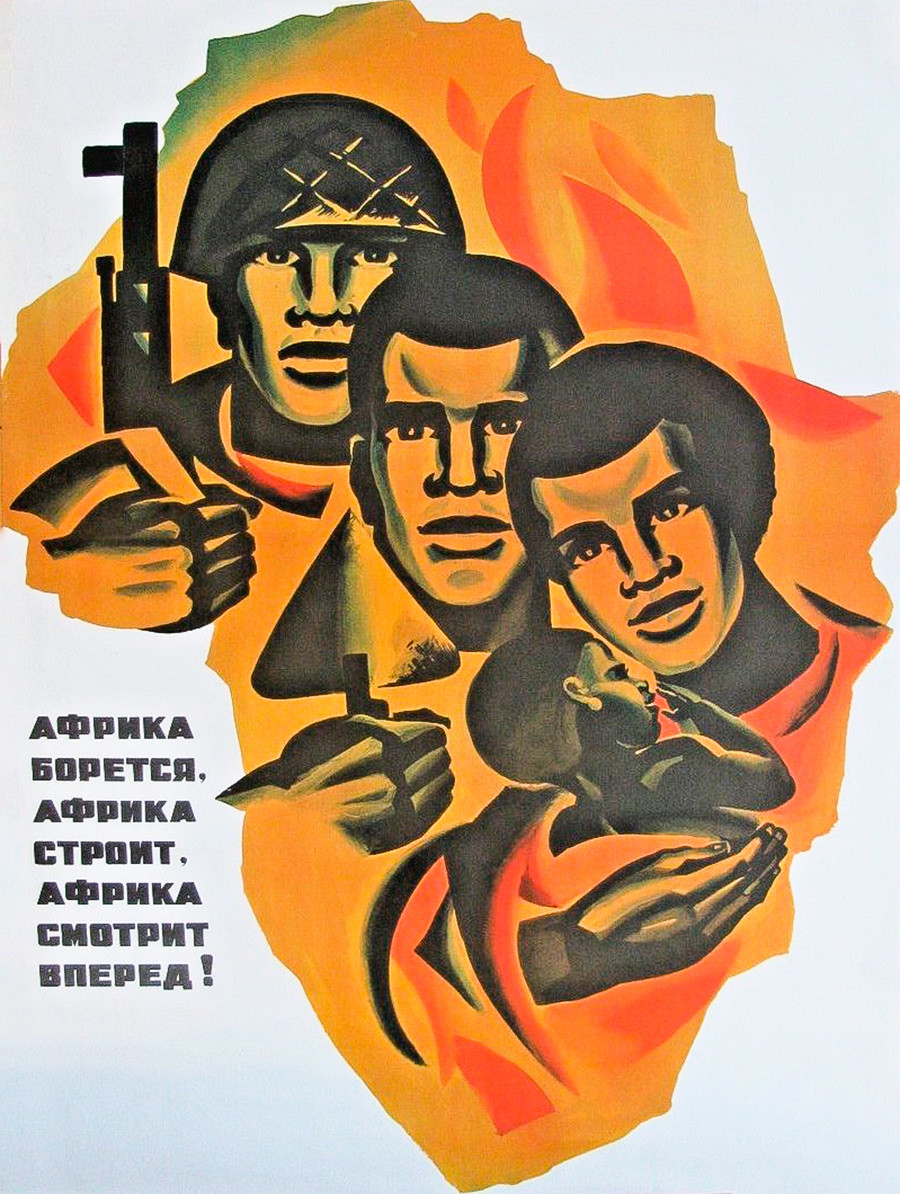 “Both old and new generation colonizers will be thrown in the dump. They will not avoid such an end!” 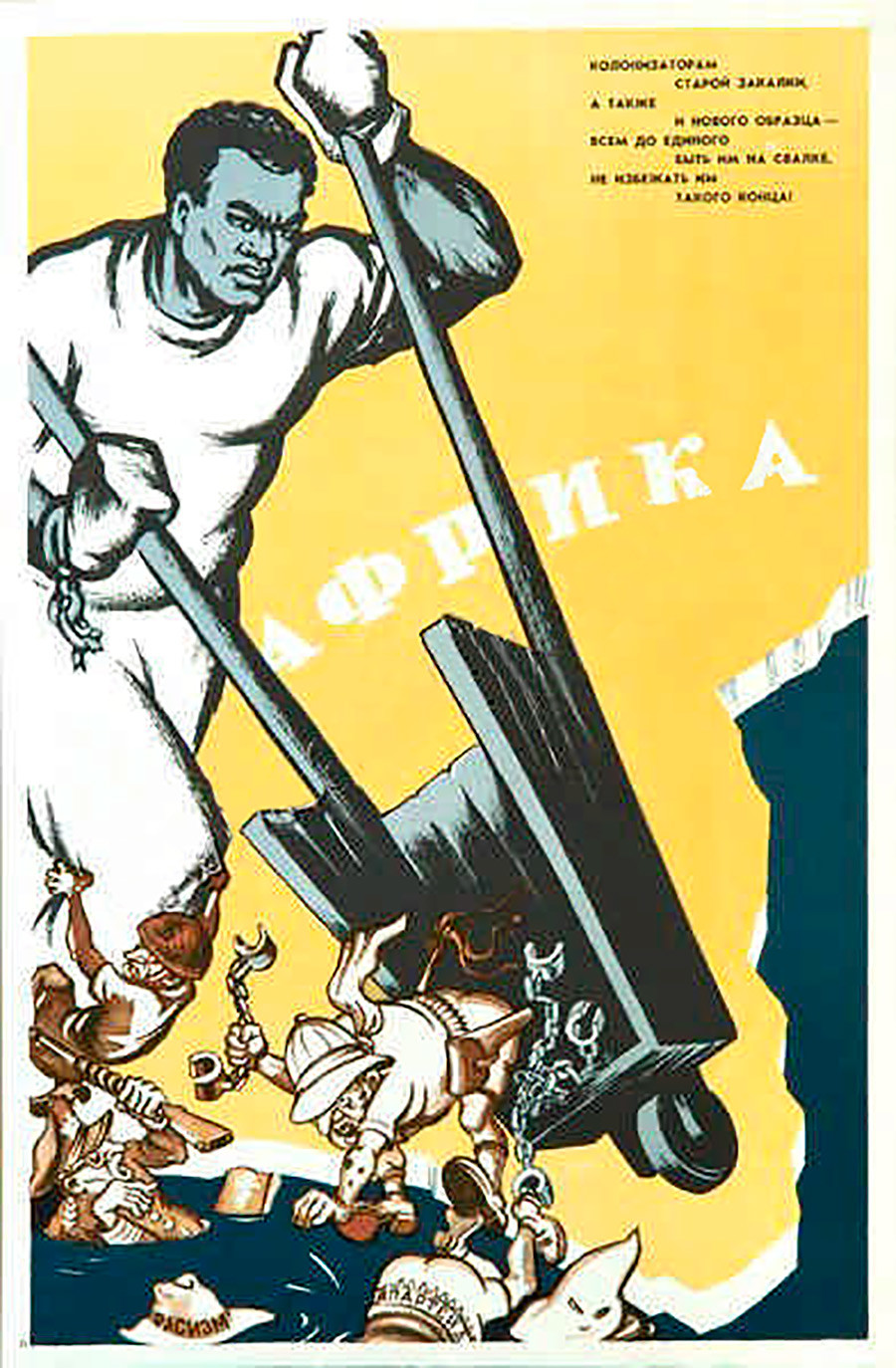 “Out of darkness and slavery - to freedom, to happiness!”

“Neocolonialism is a robbery of nations.” (The man holds a list with “aid to the underdeveloped countries,” while “natural resources” are taken from his basket). 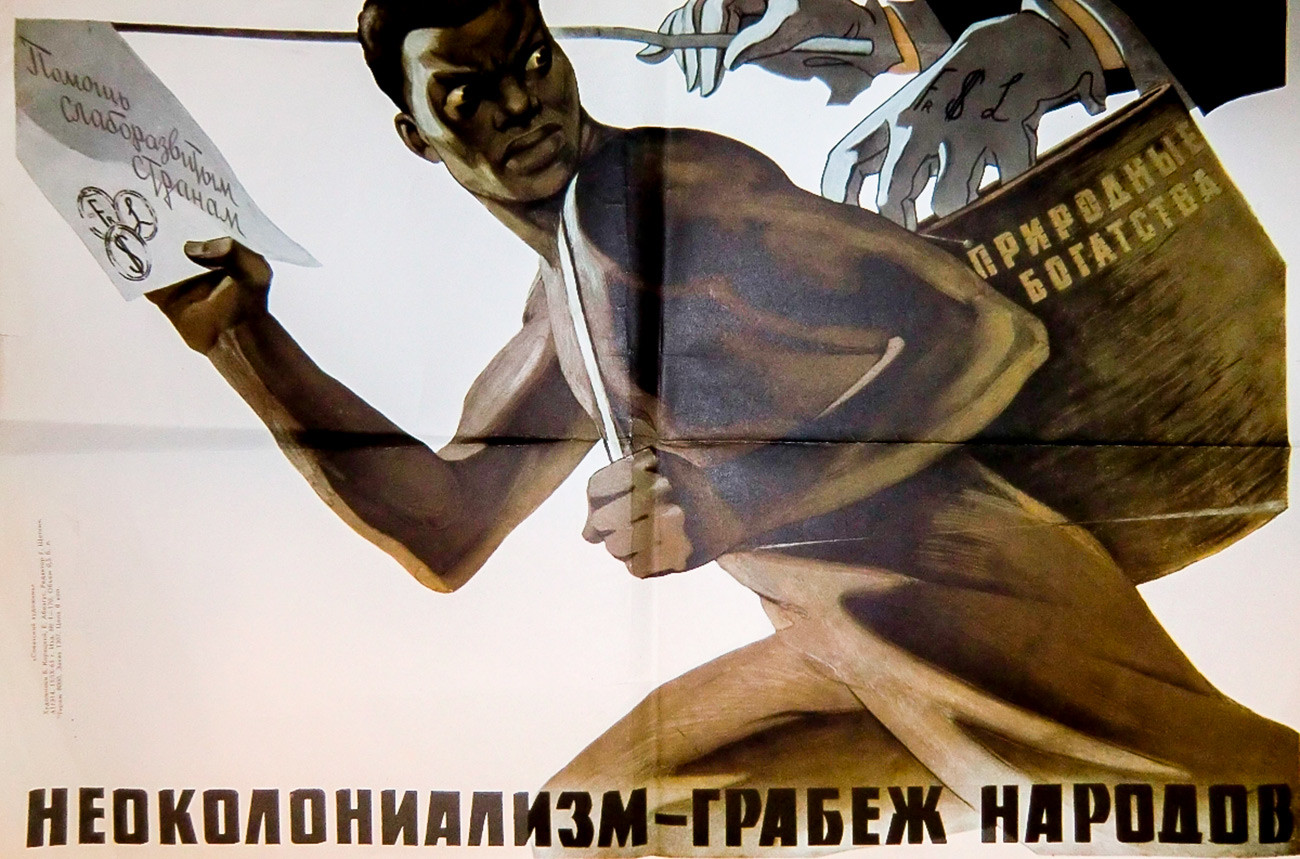 “We live in a free Africa!” 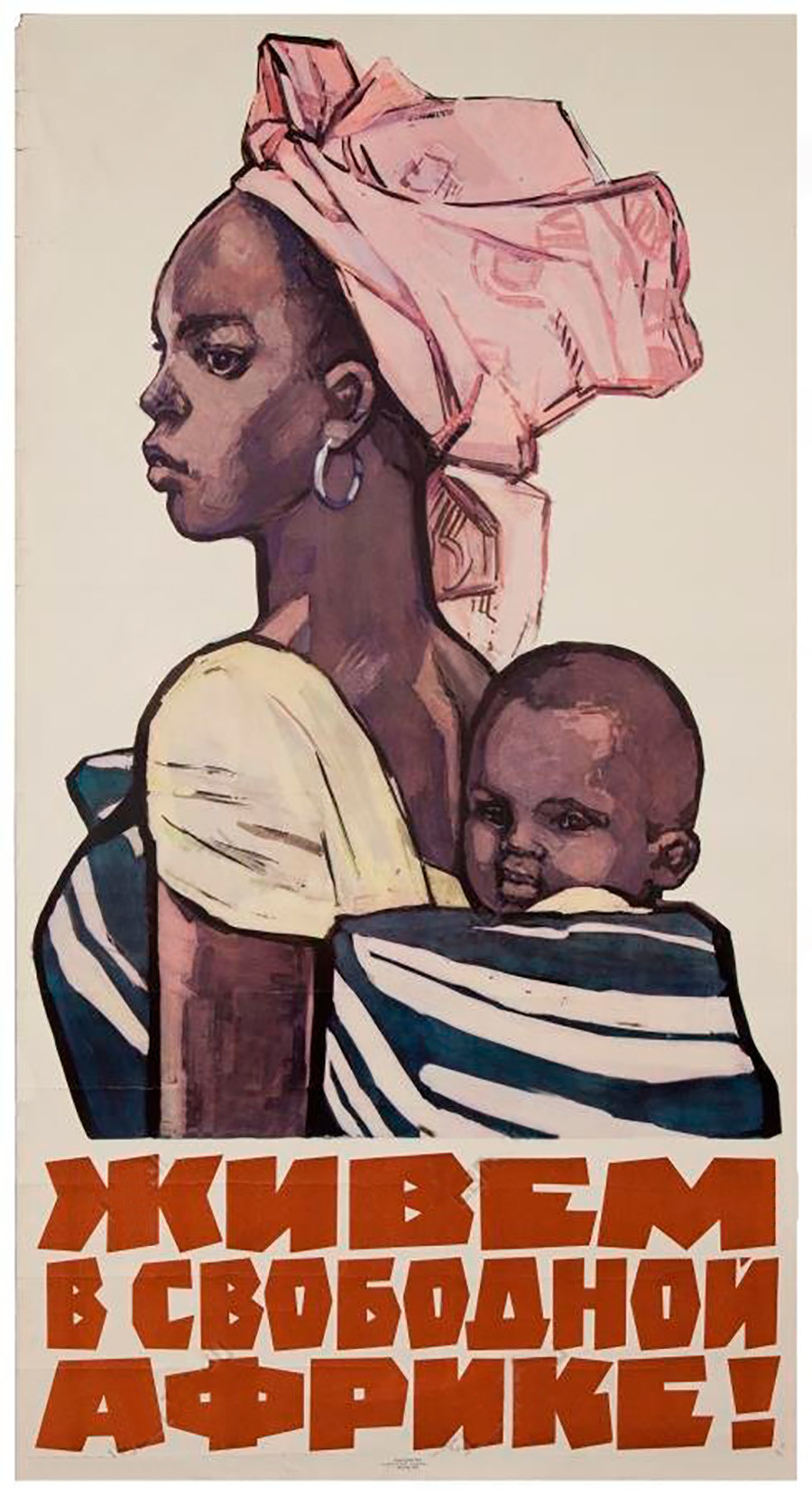 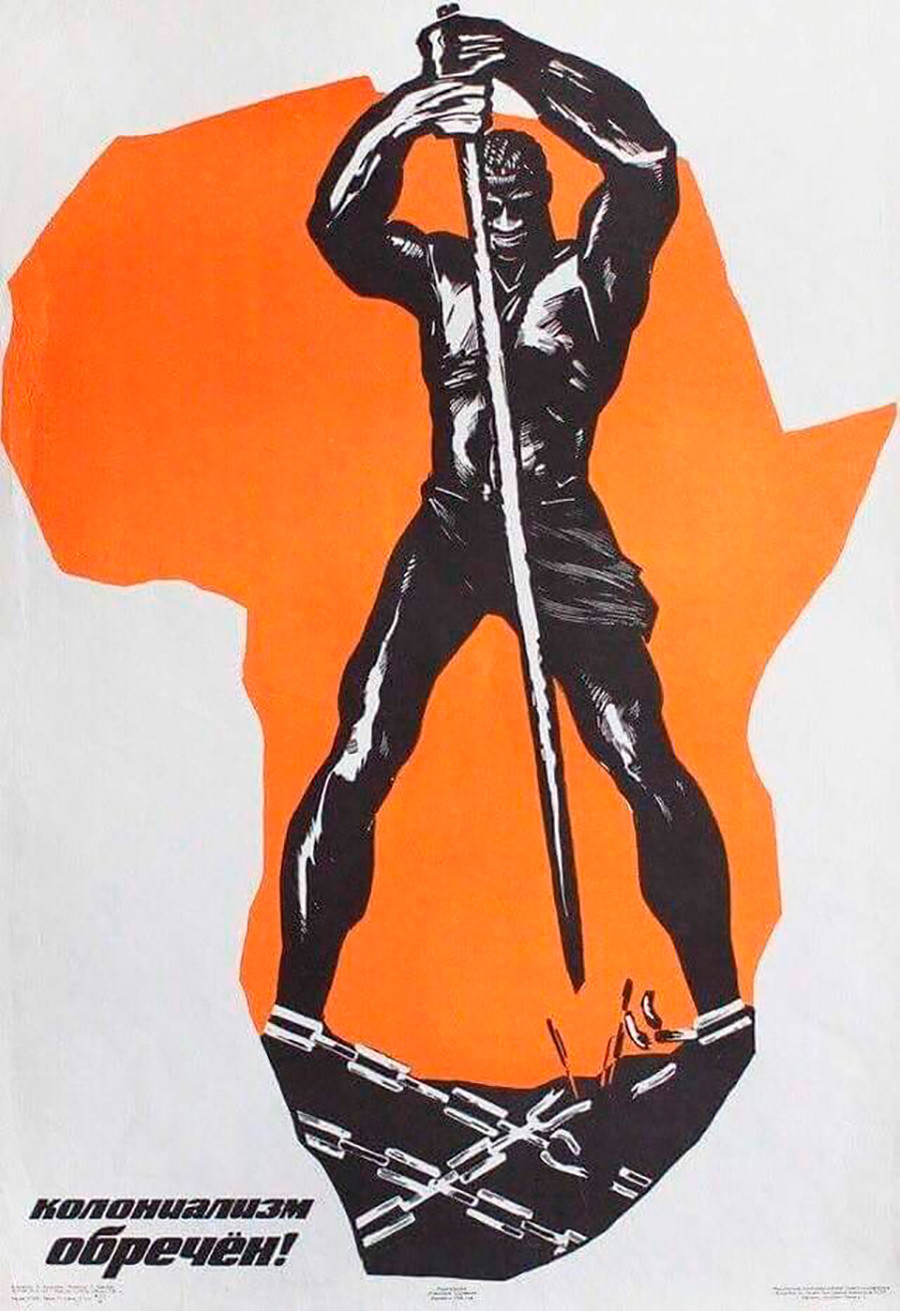