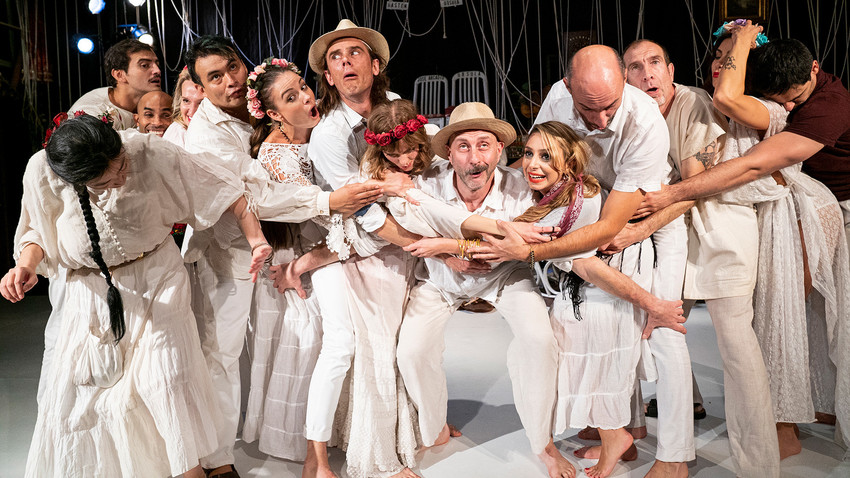 Jared Biunno
A thread of life and blood, unconditional love and death, incest and destiny all interconnect in “The Rise and Fall of Macondo,” a performance inspired by Gabriel García Márquez’ masterpiece “One Hundred Years of Solitude” and staged by The Russian Arts Theater and Studio.

The theater performance following the birth and death of seven generations of the Buendia family in the mystical town of Macondo is showing throughout November on the Upper West Side in Manhattan at Pushkin Hall, the home of The Russian Arts Theater and Studio (TRATS). 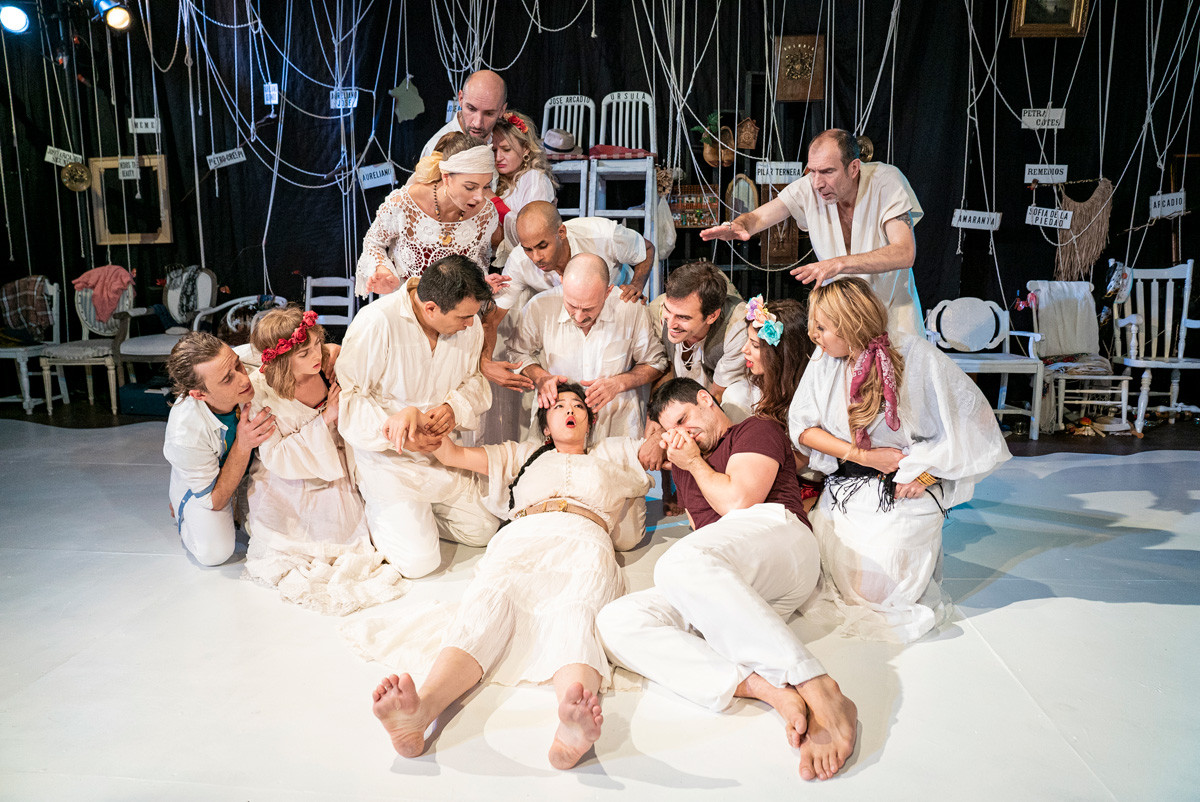 The theater’s critically-acclaimed director Aleksey Burago came up with an idea for the play’s stage decorations — a threaded genealogy tree — while traveling in the tropical forests of Mexico. He was inspired by the white root trees, which get their looks from a disease caused by a fungus in the infected soil.

“One Hundred Years of Solitude” is one of the most complex books to fit into a single production: it’s the story of 100 years that shaped Latin America through wars, dictatorships, colonialism, and passion. But Burago says the main story line — unconditional love that forgives and accepts everything, even murder, incest, betrayal — is universal. 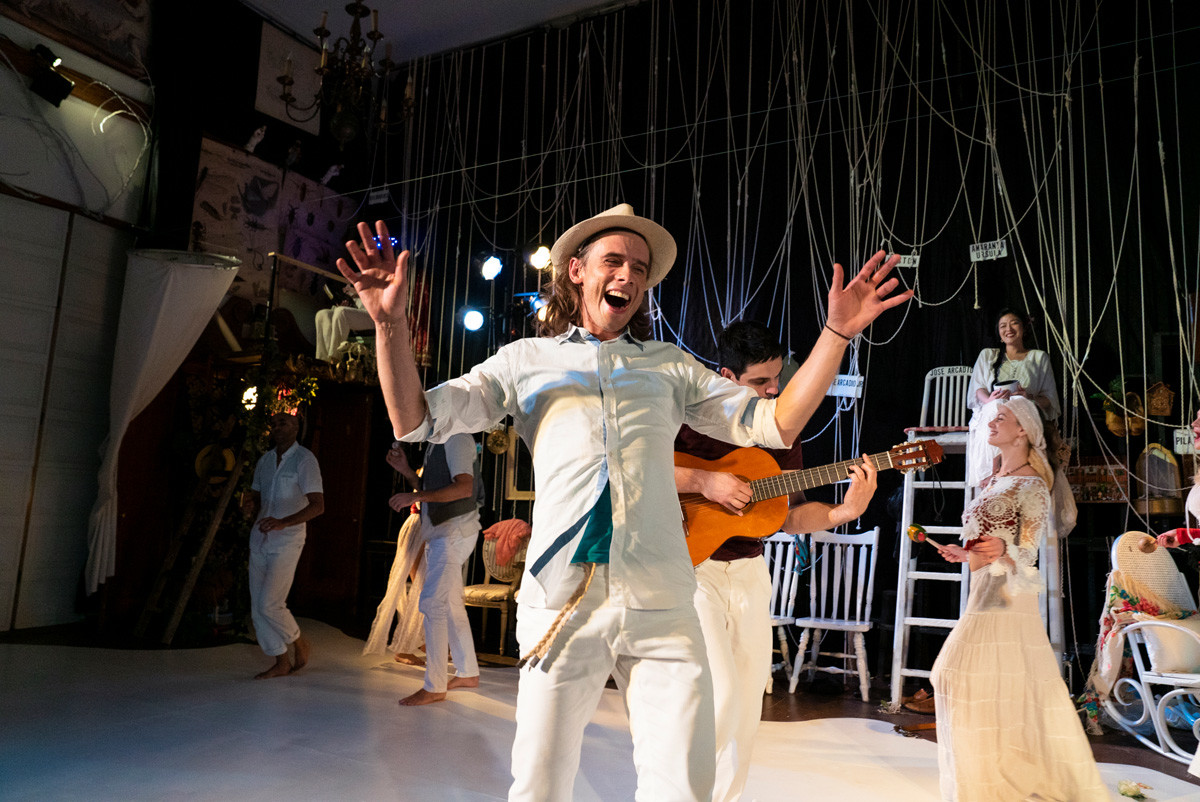 “The family here is metaphysical,” Burago said. “We all participate in a process of ever-lasting love and will inevitably return in a different form.”

Throughout the performance, the actors’ bodies are transformed into different shapes — chairs, animal parts, tables, telescopes and, finally, ants carrying away the last unfortunate child of the Buendia family.

Márquez was a master of magical realism, a realm where the miraculous and the real converge. His books are full of powerful images — rainstorms raging for years, flowers drifting from the skies, corpses failing to decompose — and so is Burago’s production. 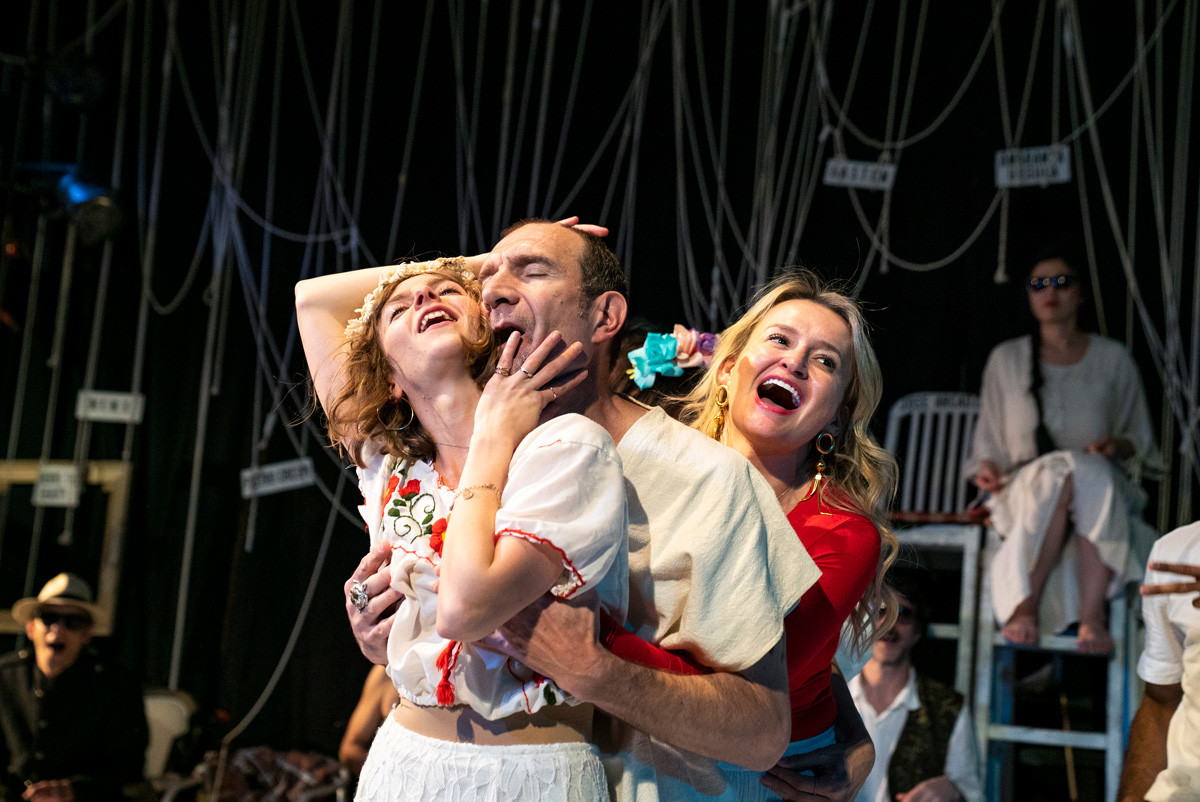 Actors throw sand, representing ash, and play football with red clay leaving traces of “blood,” a thread that serves as a generational bridge, connecting the future and the past to the roots of the family tree. The production’s music includes “Gracias a la vida” (“Thanks to life”), a song by Chilean musician Violeta Parra, one of the most covered Latin American songs in history.

All of these symbols and accidental discoveries make “The Rise and Fall of Macondo” a unique experience for all fans of the Russian theater tradition and Márquez’ alike. 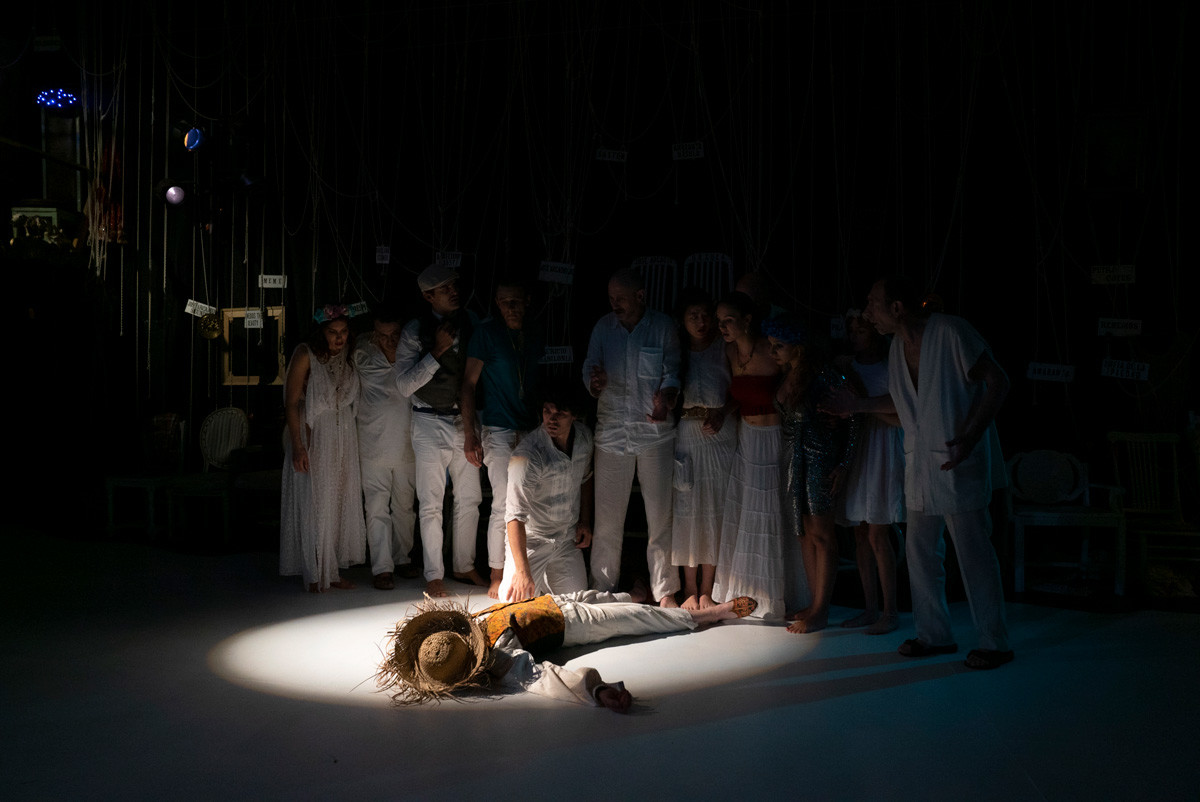 Burago’s next production, “In Paris/The Waiter and the Slut,” comes out in December and will be based on two love stories by Russian émigré writers,  Nobel Prize winner Ivan Bunin and the provocative Nina Berberova.