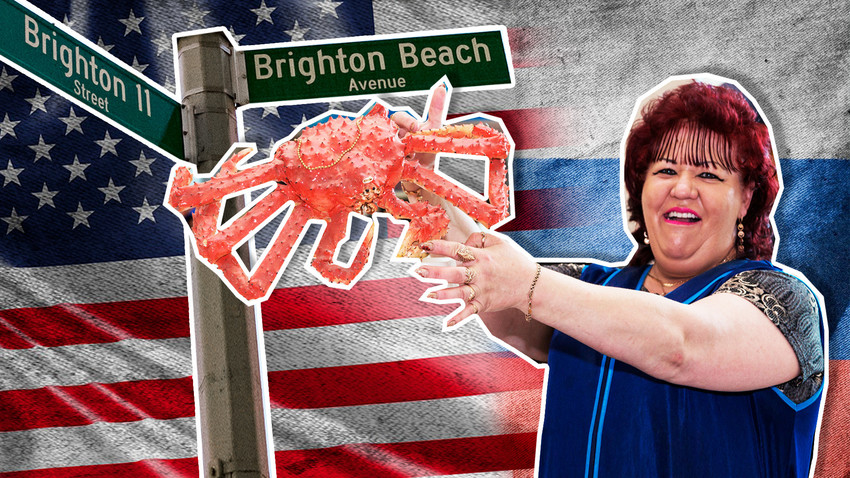 You don’t need to understand Russian to realize that Ms. Vekselstein has trouble sticking to one language. The ease in which she weaves back and forth between Russian and English is a phenomenon that many Russian speakers in the U.S., Canada and the UK struggle with every day. The results are often hilarious, though an attempt at humor is often the last thing on the speaker's mind.

As the human race blends into a global culture, immigrant communities in many countries almost inevitably and organically mix their native language with the local one. The result is an often astonishing and perplexing hybrid dialect that sounds bizarre and amusing to the uninitiated.

“A friend who was 15 at the time went to the UK to study, and returned a year later as a completely different person,” said Victoria, a Russian-born media consultant living in New York. “She was unable to speak properly, saying things such as: Мне нужна brush для моих волосов, (“I need a brush for my hair”), which is grammatically incorrect in Russian, not mention the English word in the middle.”

Several years later, Victoria found herself in the UK to study, and ironically succumbed to the same linguistic temptation. 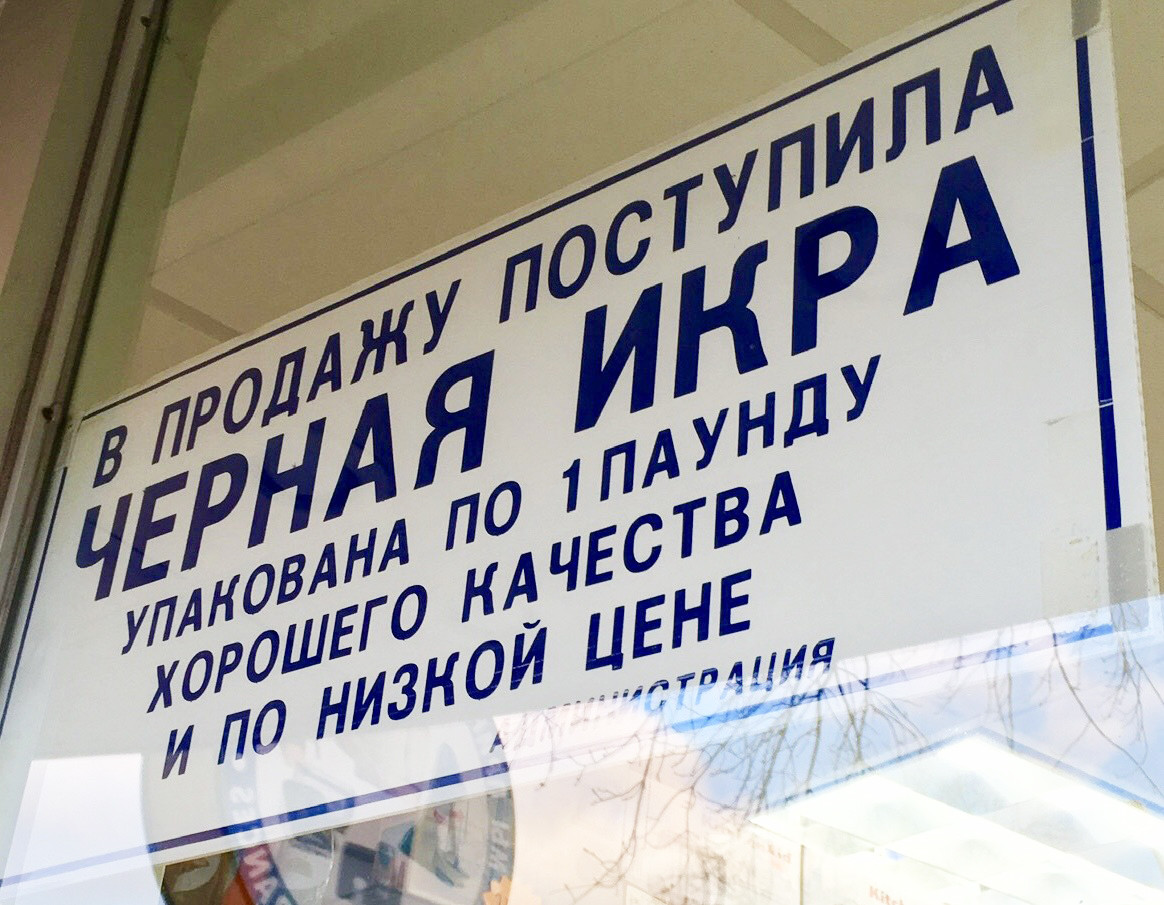 “I started to use Runglish to communicate with other Russian-speaking students because some concepts in marketing, finance or media are easier to explain with English words,” said Victoria.  “I often use both languages and it's painful when you have to rapidly switch from one to another. Speaking with friends, I prefer to relax and to use whatever words come into my mind.”

Runglish appeared in the U.S. in the 1970s with the first major wave of Russian-speaking immigrants since World War II. The southern part of Brooklyn, especially Brighton Beach, became the epicenter of Runglish in North America.

“I’ve been hearing some variant of Runglish, or Russlish, my entire life,” said Alex, a Soviet-born former software developer living in Brooklyn, and whose family moved to the U.S. in the 1970s. "As a bilingual person who enjoys language and wordplay, I like weaving in and out of English and Russian in the same sentence.”

For example, in order to say “I’m driving a car,” a Russian in Brooklyn might use the Runglish verb: драйвать, or драйваю; instead of the correct: я за рулем.

“I first heard Runglish when I moved to Brooklyn. Residents of ‘Little Odessa’ have created their own language using Russian (with a heavy Odessa accent) and English words. On Brighton, Runglish is considered cool,” said Katya, a Columbia University student born in Kazakstan and who lives in New York almost seven years. 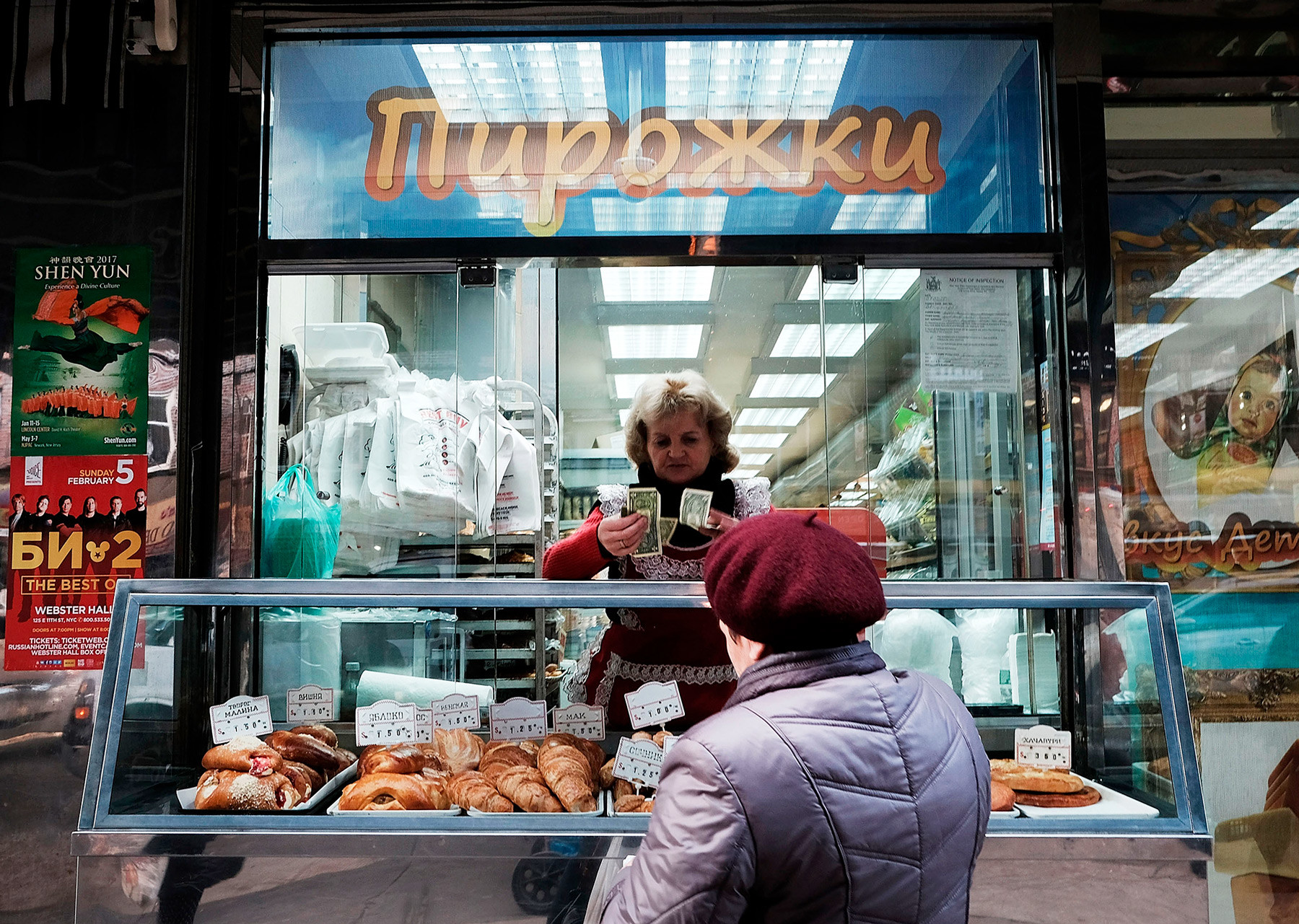 “Once I said to my friend: зашерай свою лакейшн со мной, (“Share your location with me”); and then I realized how terrible it sounded,” continued Katya, adding that once she inadvertently told her perplexed mother in Kazakhstan: Мам я бизи, перезвоню, (“Mom, I’m busy; I’ll call you back”).

Indeed, when possible, and it does take much time and effort when living outside Russia, some parents do everything possible to teach their children proper classical Russian.

“I don’t find myself mixing the two languages [Russian and English] much — rather, I’ll instantly switch from one to the other as the topic or circumstances dictate,” said Vermont-raised and New York-based Ignat Solzhenitsyn, the classical music conductor and pianist, who is also the son of the great writer Alexander Solzhenitsyn. “Of course, I may not be typical since I was both born still in Russia, and in that my parents placed a huge premium on giving us the finest possible Russian.”

It’s not only about Russian and English

Lev Mezhburd, a civil engineer from St. Petersburg who moved to New York in 1989 and who has been researching Runglish for 30 years, points out that many Brighton Beach residents are not ethnic Russians, and often instead come from other Soviet republics such as Belarus, Ukraine, Moldova, Georgia, Uzbekistan and others..

“An ability to utilize and mix new words was already characteristic of these people’s lives because many grew up in multi-ethnic Soviet communities where several languages were spoken,” said Mezhburd.

“These people never spoke grammatically-correct Russian in the first place, and when they came to the U.S. they brought their version of Russian with them, and continued that same flexible linguistic approach in relation to English,” added Mezhburd.

He also points out that elements of Runglish were common slang among progressive Soviet youth in the 1970s and 80s, among whom it was possible to hear the words ‘gerl’ (girl) and ‘flet’ (flat, as in apartment). 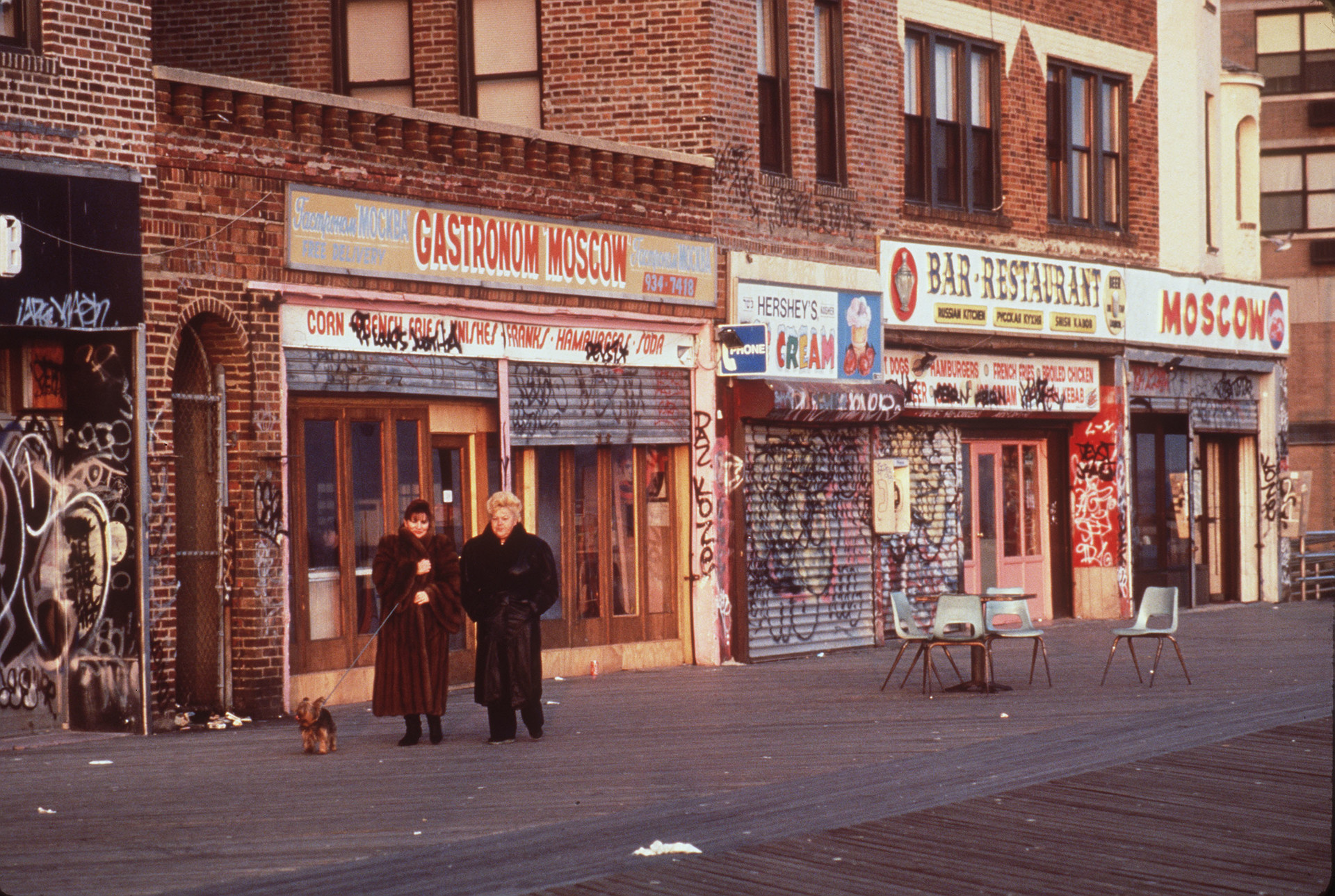 Finally, Mezhburd says that native Russian-speaking parents today in the U.S. often feel an impetus to speak Runglish to their English-speaking children because they only partially understand Russian.

The fact is that there are times “when the English word hits the bull’s eye, while the Russian word sounds pedantic or simply off-base,” points out Alex. “For instance, it makes perfect sense to say ‘bordvok’ when talking about the Brigthon Beach boardwalk rather than the proper Russian  ‘promenad’, which makes it sound like you’re in a Chekhov play [and which itself originated from French – editor’s note].”

On the other hand, Alex adds that it grates on the ears to hear English words used when there are perfectly good Russian words; for example, ‘tren’ instead of poezd (train).

When all is said in done, just what exactly is Runglish: a dialect, or does it constitute a language in itself?

“For Runglish to be its own language you’d need to have original words, as well as phrased or grammatical constructs that are only used in the Russian-English patois, and I can’t think of anything along those lines,” concludes Alex. 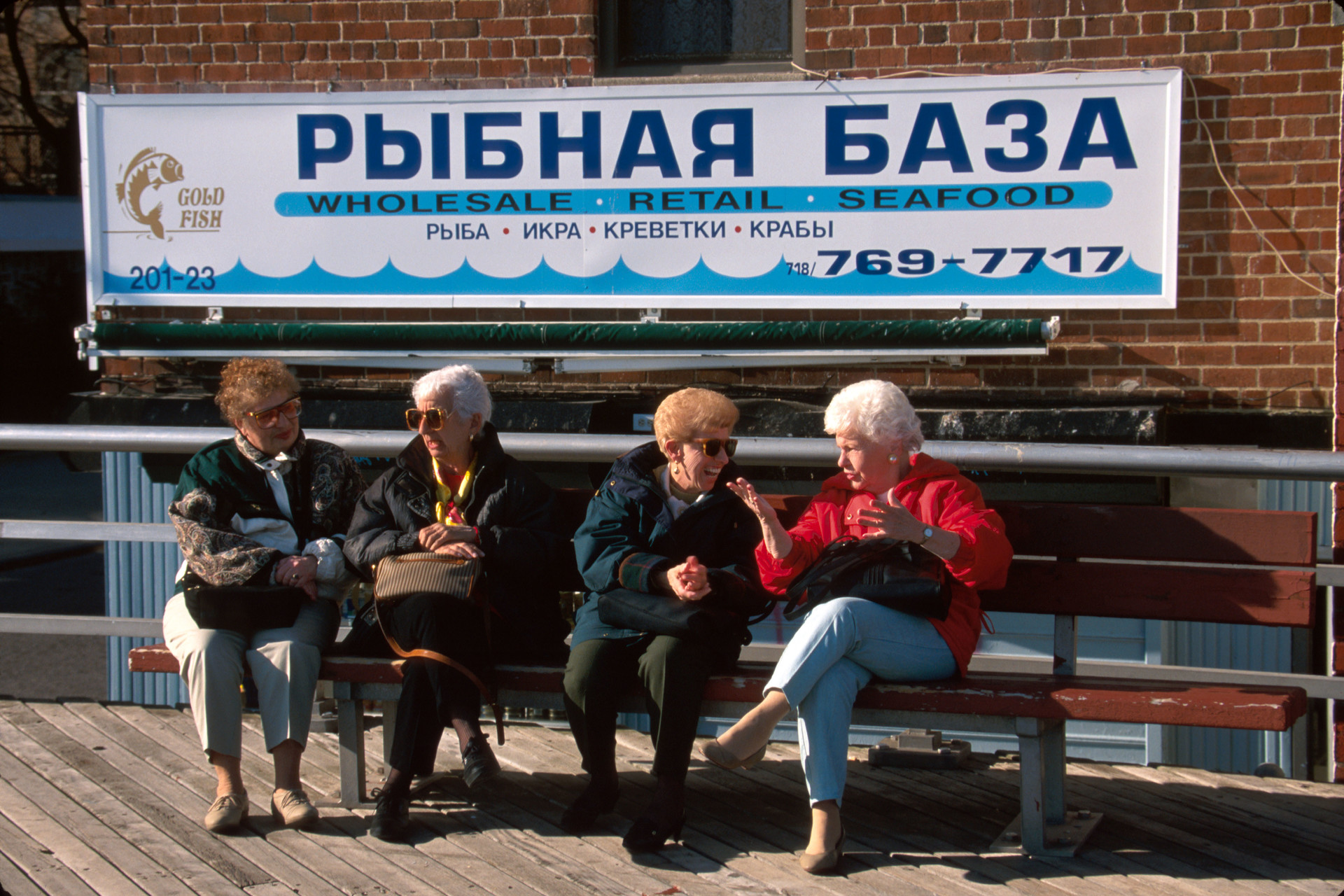 Nevertheless, the prevalence of Runglish, especially in Brooklyn, shows no sign of diminishing. With immigrants flooding into New York in recent years from Central Asia and Ukraine, this hybrid Russian-English language will most likely remain the common means of communication among those different nationalities from across the former Soviet Union.

READ MORE: 10 expressions to transform you into a true Russian