How Jackie Kennedy Onassis became friends with a Soviet poet 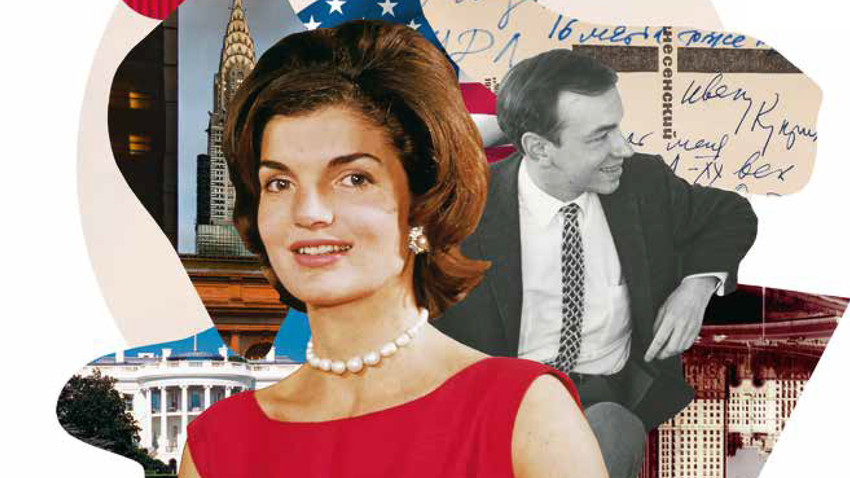 Andrei Voznesensky Foundation, Getty Images
The First Lady of the U.S. and poet #1 of the USSR were close friends for almost 30 years and met many times on both sides of the pond. There were even rumors of a love affair.

The first time Jacqueline Kennedy saw Soviet poet Andrei Voznesensky recite his poems was in the UN General Assembly Hall in New York in 1967. She did not understand the Russian words, but the rhythm, melody, and overwhelming charisma of the speaker truly captivated her. 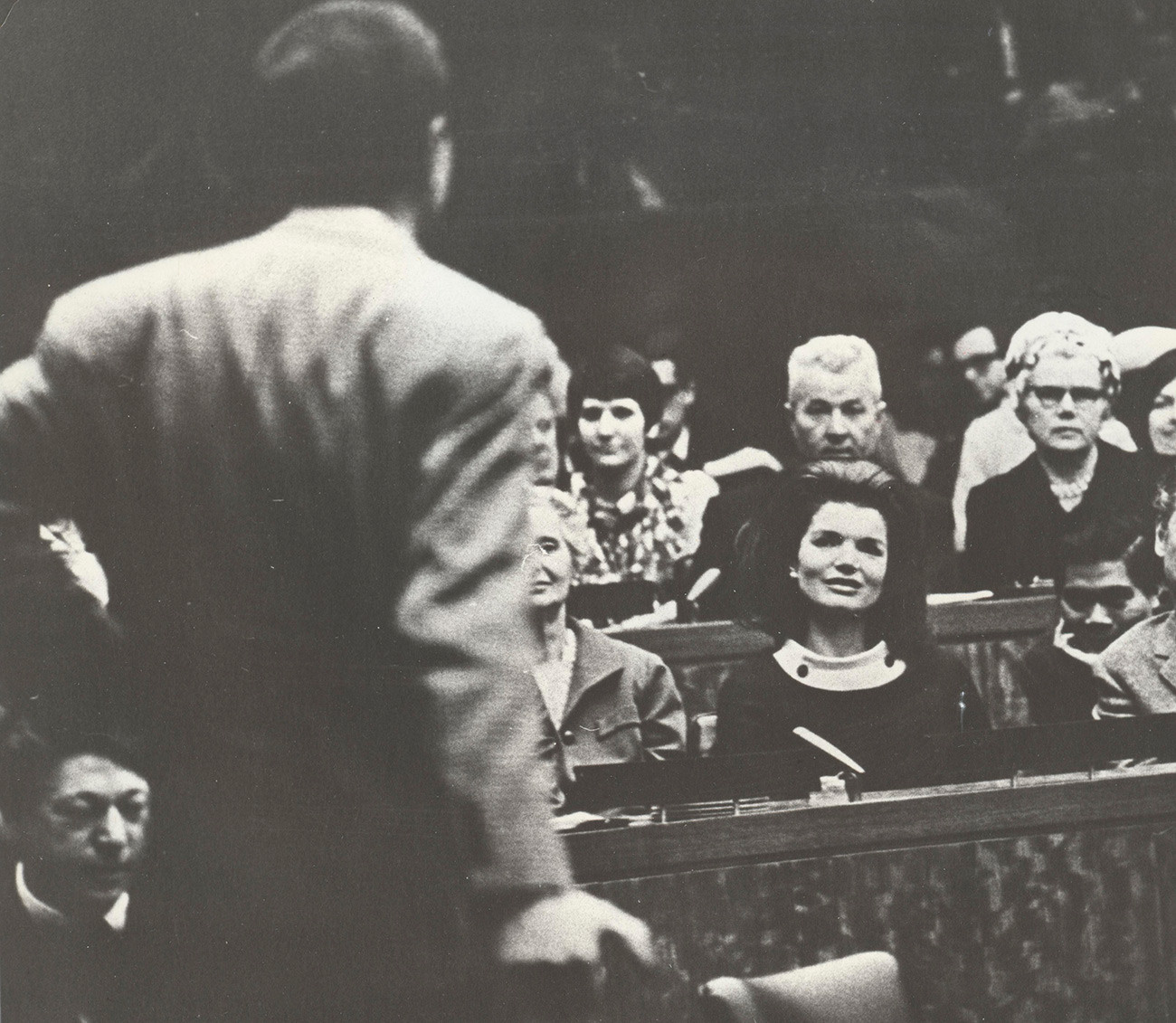 The First Lady was herself a bibliophile and publisher, took an interest in all things Russian, in particular history and ballet, and befriended Russian emigrants. But Voznesensky, who was miraculously allowed to visit America at the height of the Cold War, soon became her guide and insight into modern Russian realities, and a true friend. 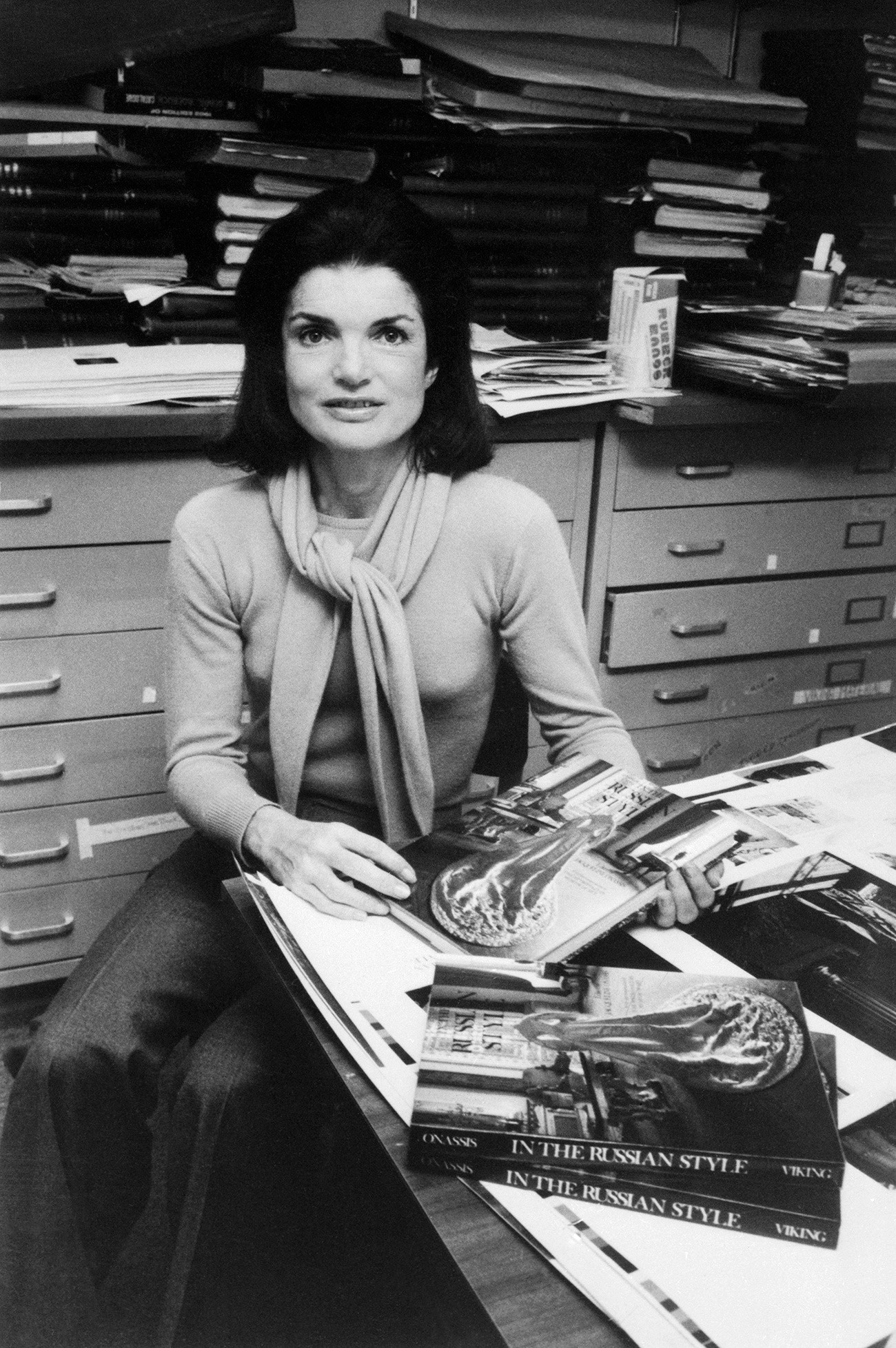 Jackie Kennedy Onassis in the publishing house Viking Press introducing her book 'In The Russian Style,' 1976

His literary start in life came from none other than the legendary Boris Pasternak — it was to him that the 14-year-old Voznesensky sent his first poems. Full of praise, Pasternak even invited the young poet to pay a visit, and became a genuine mentor to him. 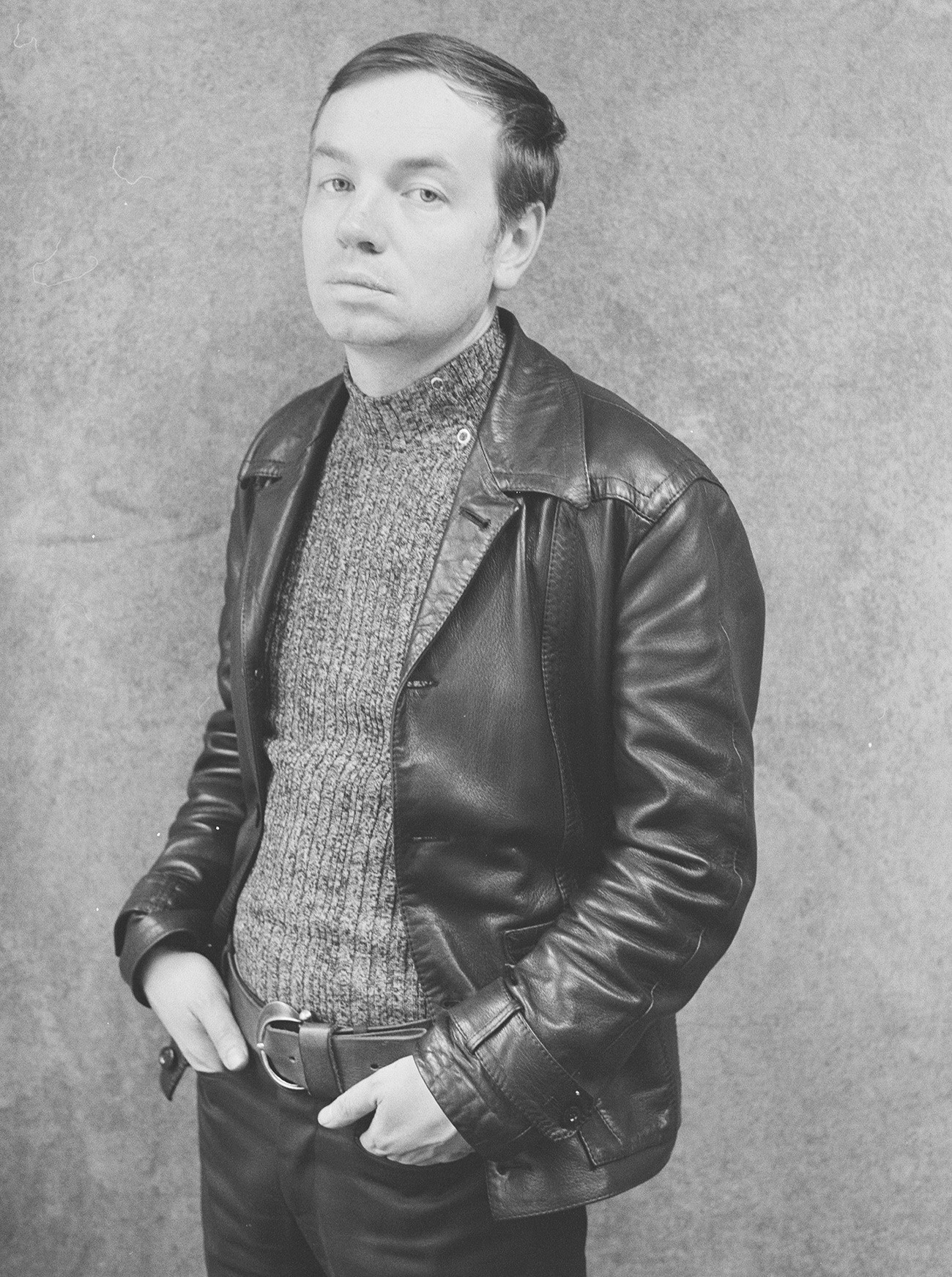 By the age of 25, Voznesensky was already a highly sought-after, popular poet. Russia has always cherished her wordsmiths, but this was something else (and likely never to be repeated). His recitals filled entire stadiums, and his poetry collections sold out in a matter of days.

Then, in 1961, his name unexpectedly appeared on the list of members of a delegation of Soviet writers scheduled to visit America. To get to the U.S. was the ultimate dream for any Soviet person. That was also the year that Jacqueline Kennedy drew the First Lady winning ticket.

Voznesensky had a superb command of English (his infatuation with his teacher at school was to blame, he told everyone). This allowed him to converse freely with “an Oxford-educated accent,” as local newspapers wrote. 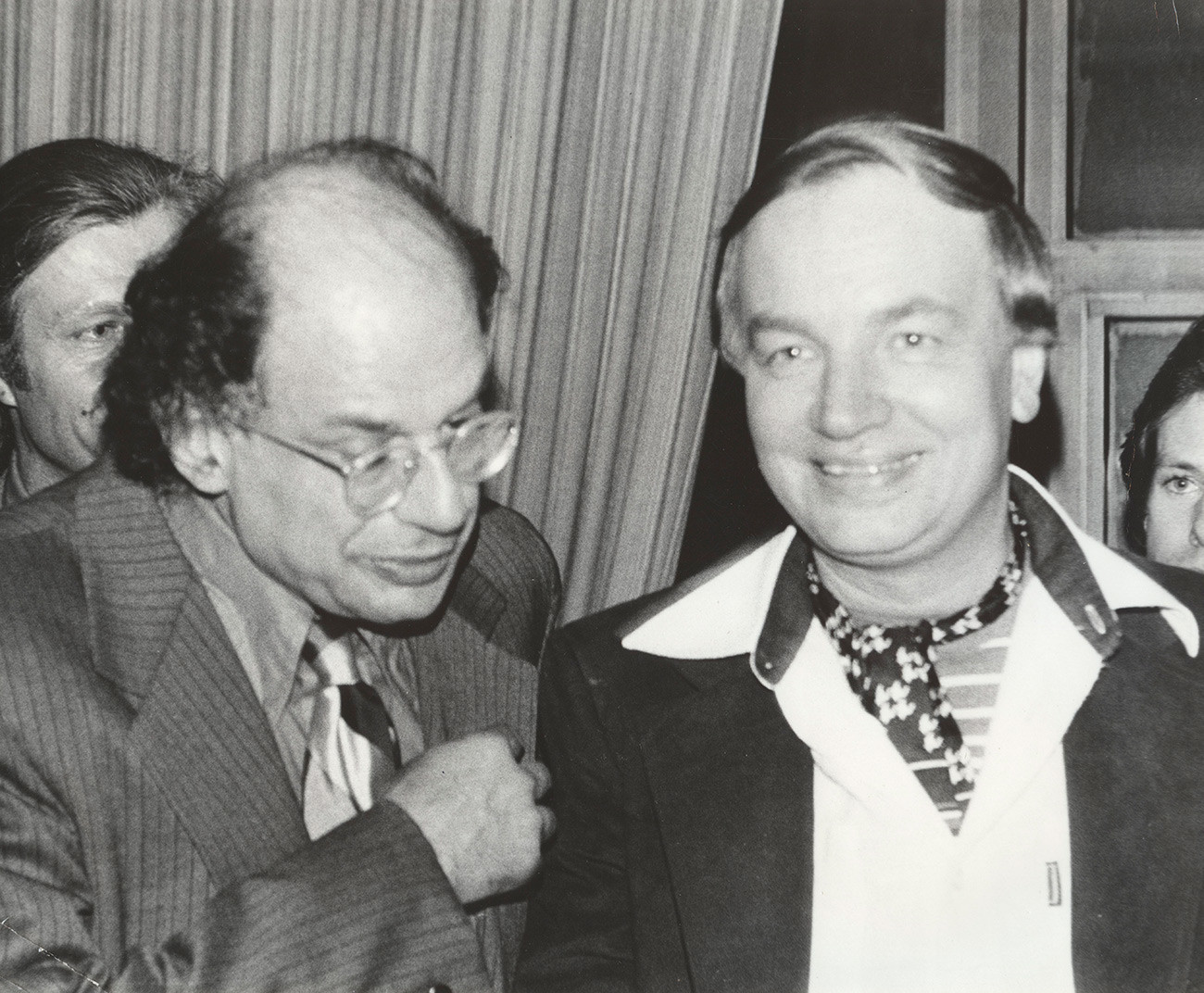 To this day, the Library of Congress holds hours of unencrypted video and audio archives of Voznesensky’s speeches and meetings with America’s cultural and intellectual elite. The poet made friends with playwright Arthur Miller, writer Kurt Vonnegut, and hipster poet Allen Ginsberg (who even bequeathed his trademark glasses to him). Many later visited him in Moscow. 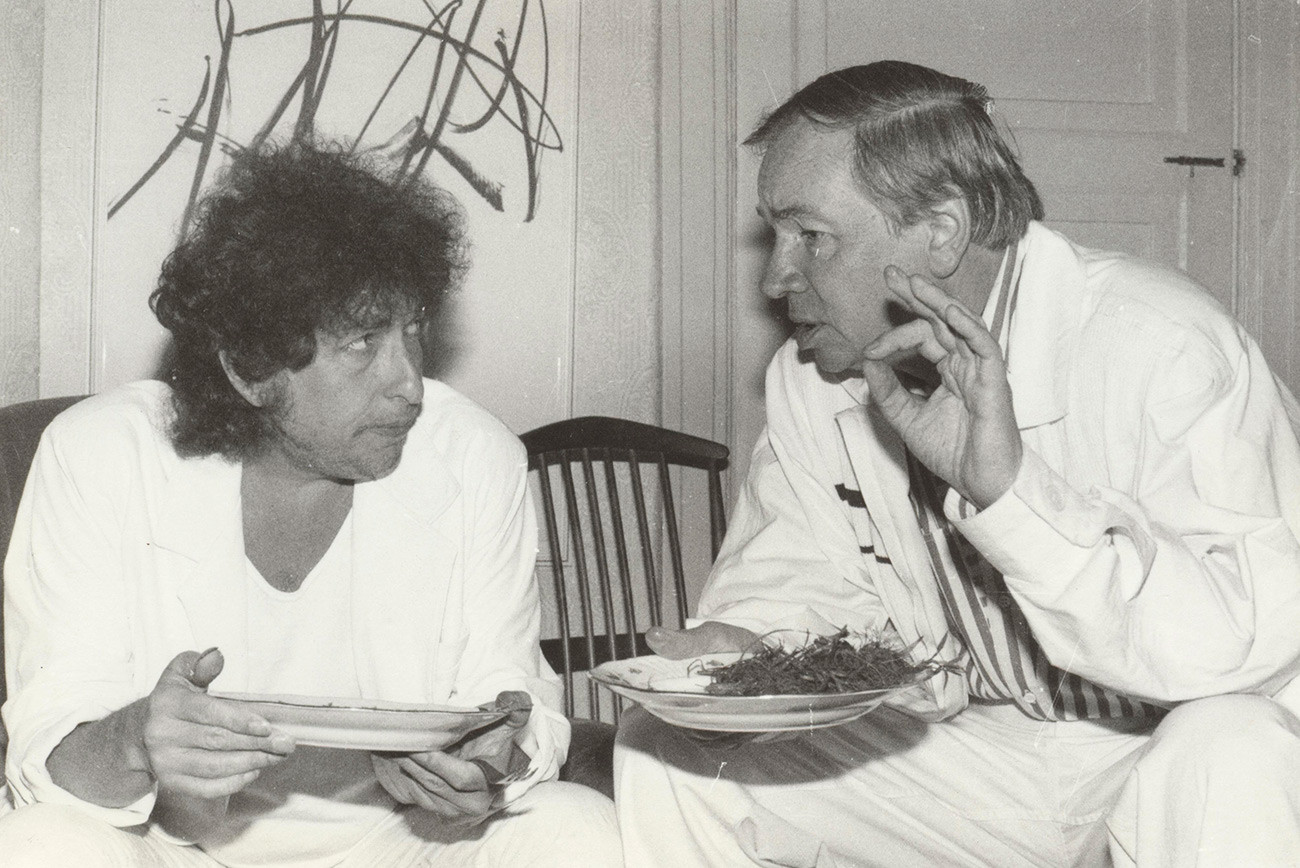 He also enjoyed a special friendship with the famous poet W.H. Auden, who composed the preface to the first U.S. edition of Voznesensky’s poems The Anti-worlds. “I am certain that Mr Voznesensky is a good poet because, though I know no Russian and have never been to Russia, his poems, even in English translation, have much to say to me,” wrote Auden. 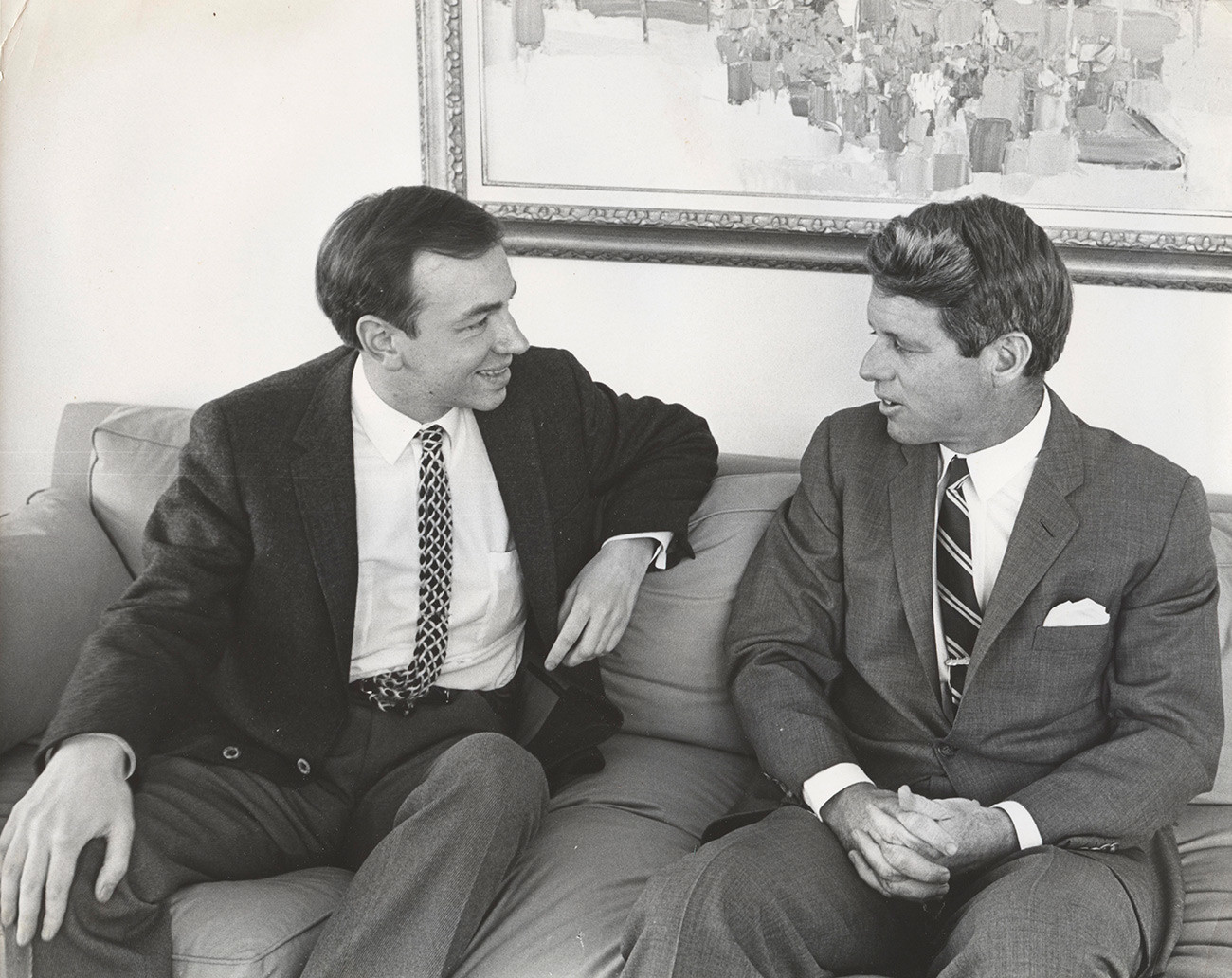 The poet was conferred with the very highest honor — a meeting with President Kennedy’s family at a reception with billionaire Peter G. Peterson.

“Russia was her passion,” wrote Voznesensky of Jacqueline Kennedy in his memoirs. He too was a passion of hers, or rather his poetry. After their first meeting at the UN, she hardly missed a single one of his performances in New York.

As Voznesensky’s wife recalls, Jacqueline occasionally flew in specially to listen to the readings — whether she was in the U.S. or Europe. She always sat in the front row “in a fur coat or tippet” and listened devoutly. 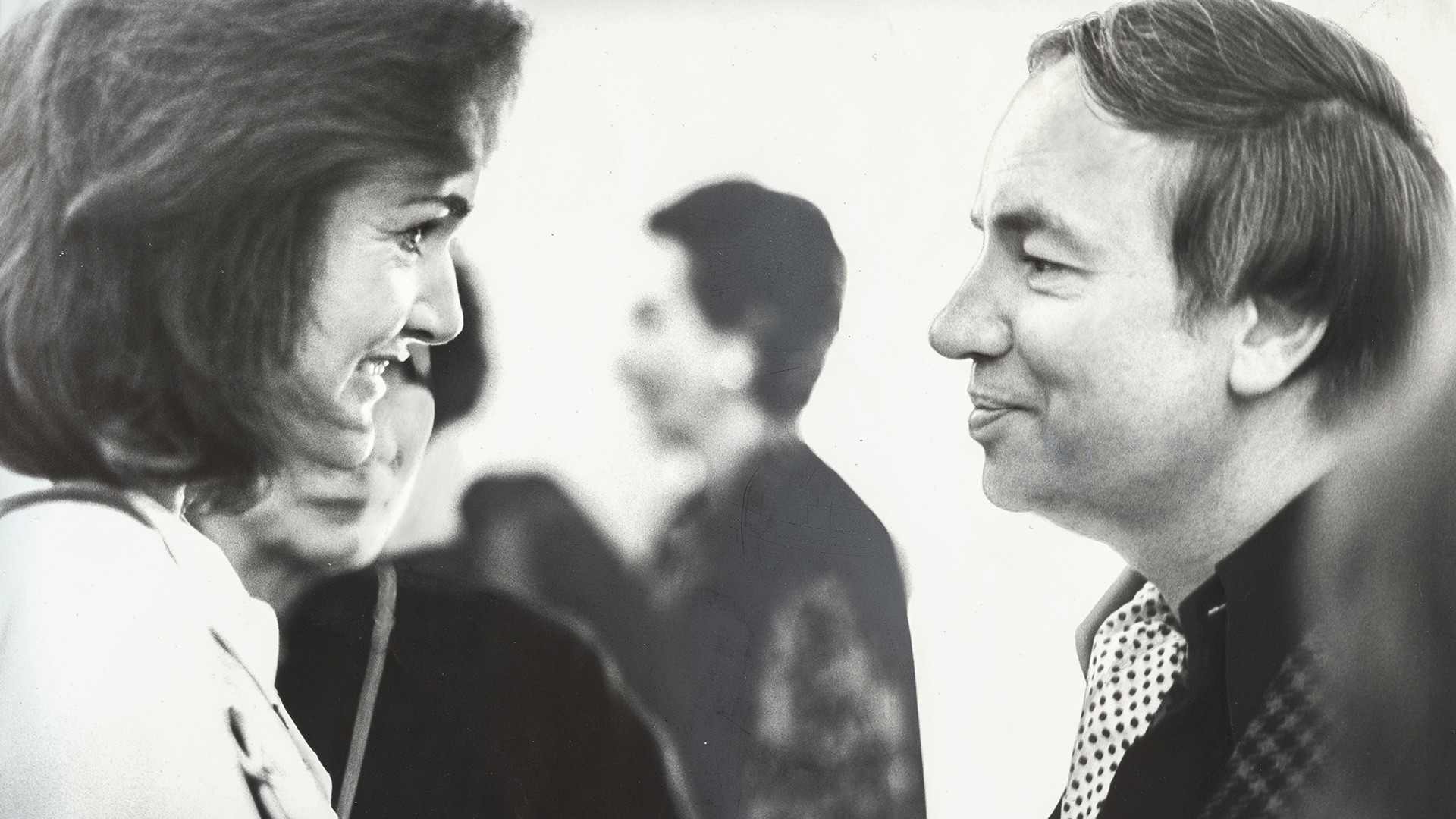 “Jacqueline, no longer Kennedy but Onassis [after she married Greek billionaire Aristotle Onassis], was for me one of the dearest and most indispensable figures of Western culture. A refined European lady, with star quality and exquisite taste...,” Voznesensky himself wrote about his admirer. 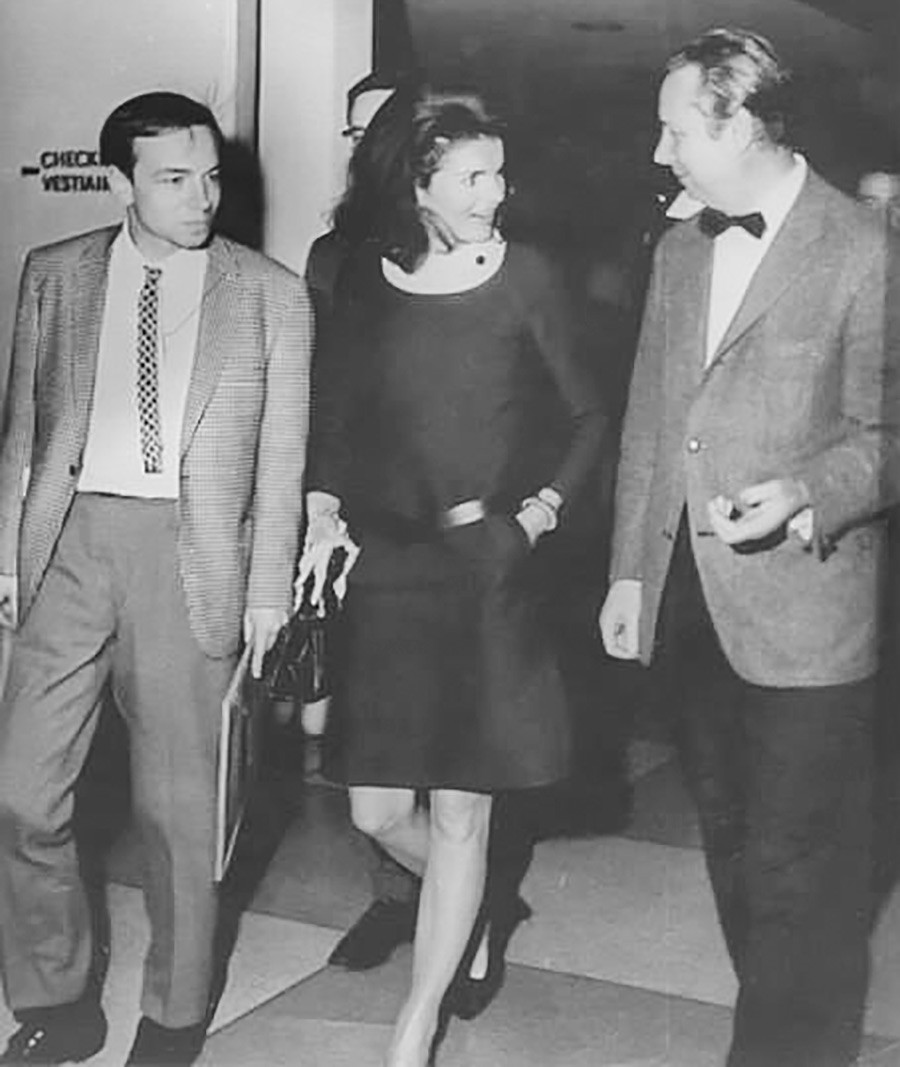 In 1991, the Sperone Westwater Gallery in New York held an exhibition of Voznesensky’s work featuring original collages of his poems, drawings, and photos (the poet himself invented the genre). Jacqueline loved the piece Nabokov’s Butterfly so much that the poet presented it to her. 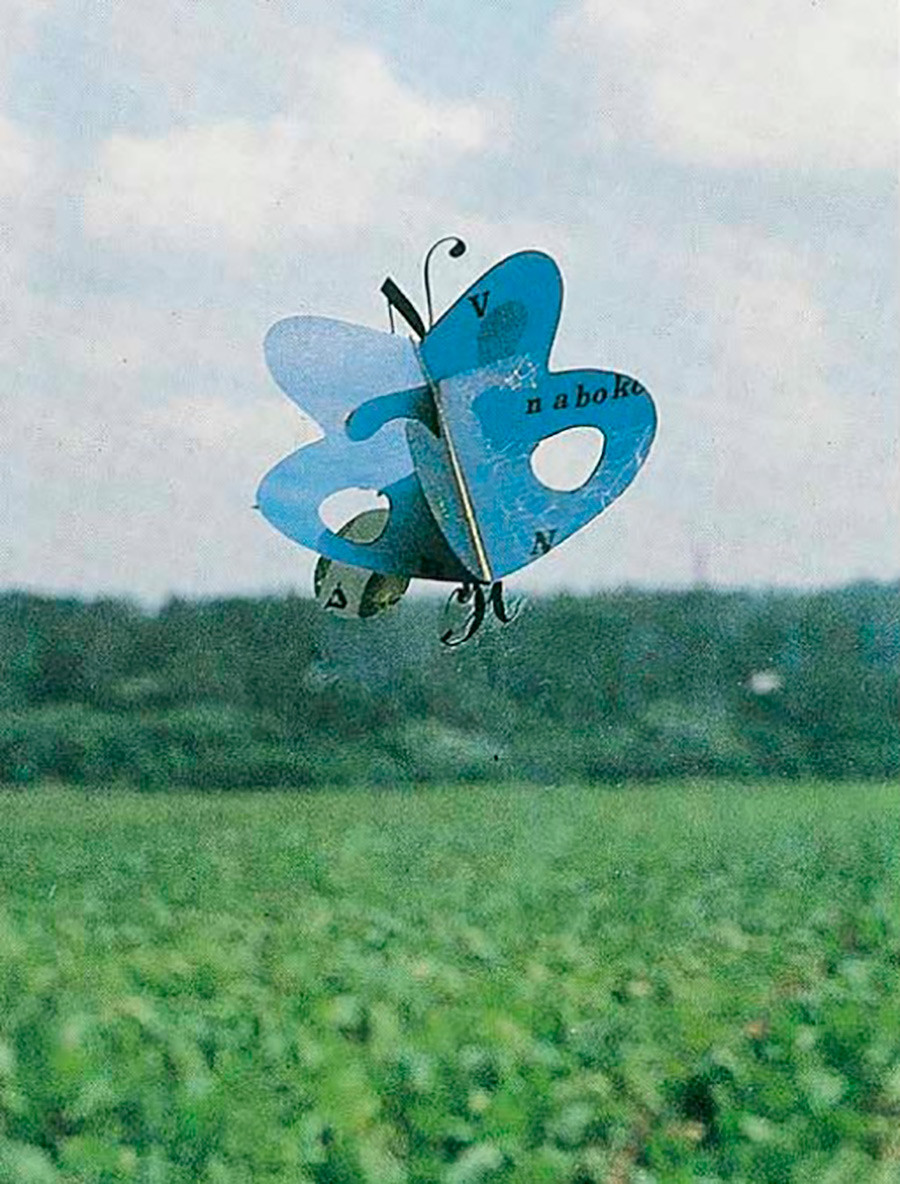 The “butterfly” hung in the living room of her house on Fifth Avenue, where Voznesensky himself paid visits. Later, the poet recalled that he had asked to borrow the “butterfly” for other exhibitions, and she had not refused. But just as he was about to return it, Jacqueline died.

The butterfly, shorn of its owner,

An exhibition dedicated to the story of Kennedy and Voznesensky’s relationship in letters, photographs, and video installations runs at the Voznesensky Center in Moscow till March 29, 2020.

READ MORE: How did Russians react to the assassination of John F. Kennedy?