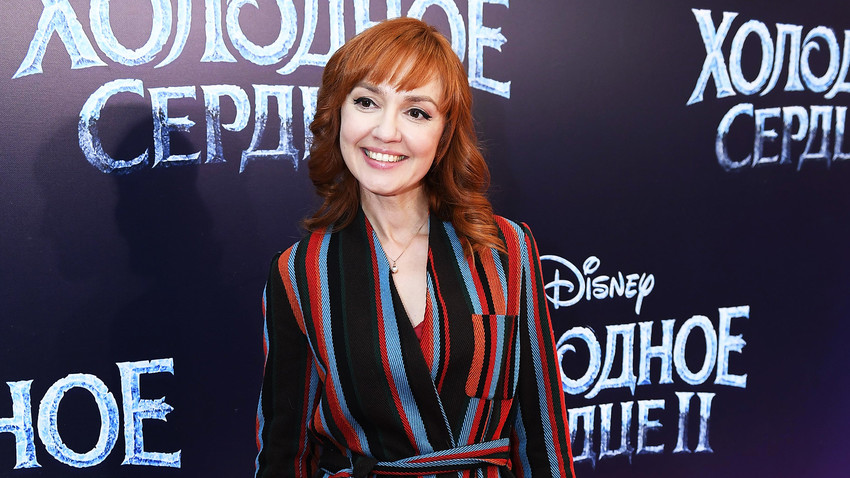 Yekaterina Chesnokova/Sputnik
Anna Buturlina performed the song ‘Into the Unknown’ from the ‘Frozen 2’ animated movie at the 92nd Academy Awards in Los Angeles. But who is she?

1. The official voice of Elsa… and other Disney princesses!

Singer Anna Buturlina is the official Russian voice of Elsa, the main character of the Frozen movies. She voices the princess in all parts of both films. At the Oscar ceremony held on February 9 in Los Angeles, she performed together with other “Elsas” from the U.S., Germany, Norway, Denmark, Japan, Mexico, Thailand, and Spain. Anna also sang her part in Russian!

‘Into the Unknown’ was nominated for the best original Song. Check out the full Russian version here:

Actually, Anna has collaborated with Walt Disney Pictures since 2009. She’s voiced Tiana from the ‘Princess and the Frog’ (2009), ‘Tinker Bell and the Lost Treasure’ (2009), and of course, Elsa in the Frozen movies. And of course, besides voicing, she also contributed to the Russian soundtracks for these films!

2. The first Russian singer at the Oscars

Anna made history by becoming the first Russian singer at the Oscars ceremony. And what’s more fascinating is that she’s not just a pop musician or opera diva – Anna is a bona fide classical jazz singer! “Jazz is not show business in Russia,” she once said in an interview, adding that in Russia, there are no producers who would invest into the jazz industry, and musicians do it “for the love of this music.”

Buturlina is one of Russia’s most famous jazz singers. Born in Moscow in 1977, she debuted as a soloist in the legendary Anatoly Kroll jazz band in 1996, and then collaborated with different famous artists. She performed with Daniel Kramer, Alex Rostotsky, Igor Butman and Oleg Lundstem. You can hear Anna Buturlina’s sultry voice at annual jazz festivals at the Hermitage Garden in Moscow and at the Arkhangelskoye estate. In 2015, she hosted her own festival called ‘Jazz Horn of Moscow’ in Kolomenskoye Park.

She’s the winner of many international jazz contests and has recorded five solo albums! In 2015, she performed at the UN General Assembly with the concert devoted to the 70th anniversary of Victory Day.

Besides classical jazz, Anna has tried herself on the theater stage. In 2011, she starred in the musical play ‘Penelope, or 2+2’ by W. Somerset Maugham staged at the Stas Namin Moscow Music and Drama Theater. In 2018, she landed the main role in the musical comedy ‘Gentleman from the Music Hall’.

Since the beginning of her career, Anna helps other artists to express their talents. In 2009, she organized the first Moscow contest for young jazz musicians. Now she often performs with her 13-year-old daughter Evdokia.