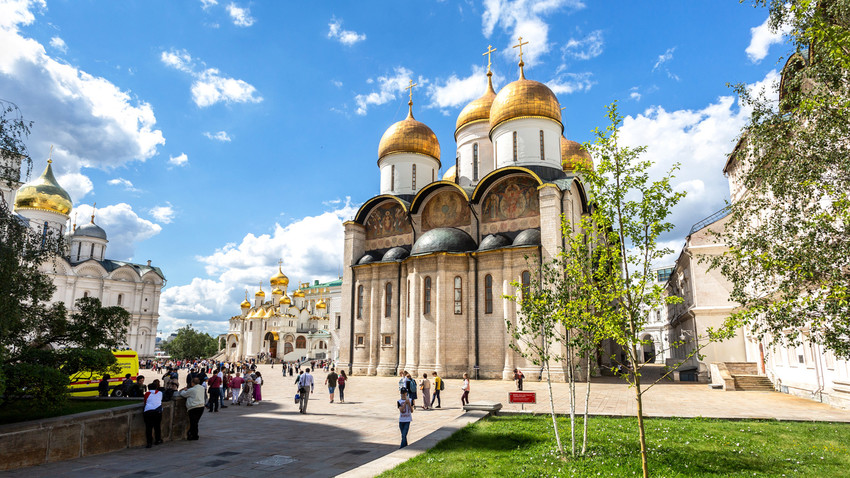 Legion Media
During restoration of the Dormition Cathedral within the Moscow Kremlin, restorers found hidden frescoes that no one has seen before.

The Dormition Cathedral inside the Moscow Kremlin’s walls used to be the country's main church until the 1917 Bolshevik Revolution. Almost all Russian tsars were coronated and married there, and at the same time, there is an underground necropolis holding graves of Russian Orthodox Church patriarchs. 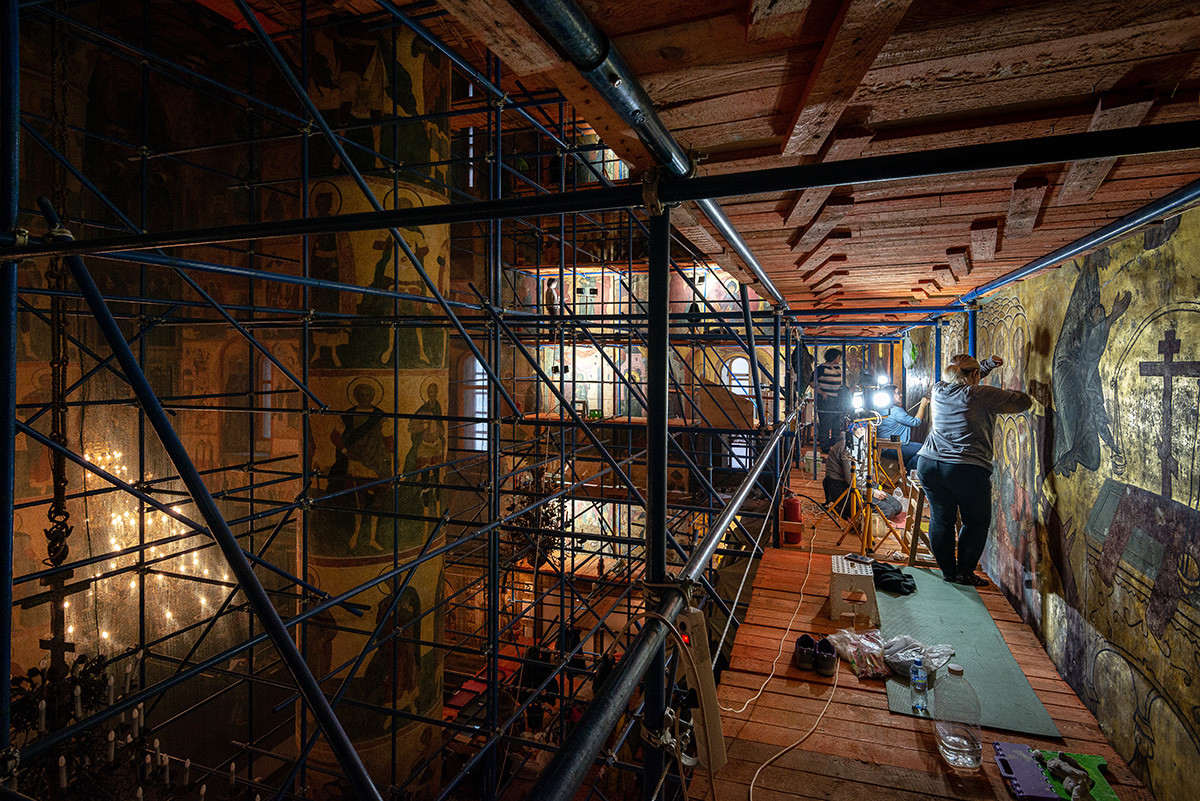 The cathedral was built in the late 15th century by Italian architect Aristotele Fioravanti, while the best artists of the time (including the famous Dionisy) were enlisted to create the iconostasis (wall of icons and religious paintings). By 1515, the church walls were covered with murals, but some of them were lost later, as over the years, the church was reconstructed several times, new supportive arches were erected and some renovation was necessary after a massive fire. 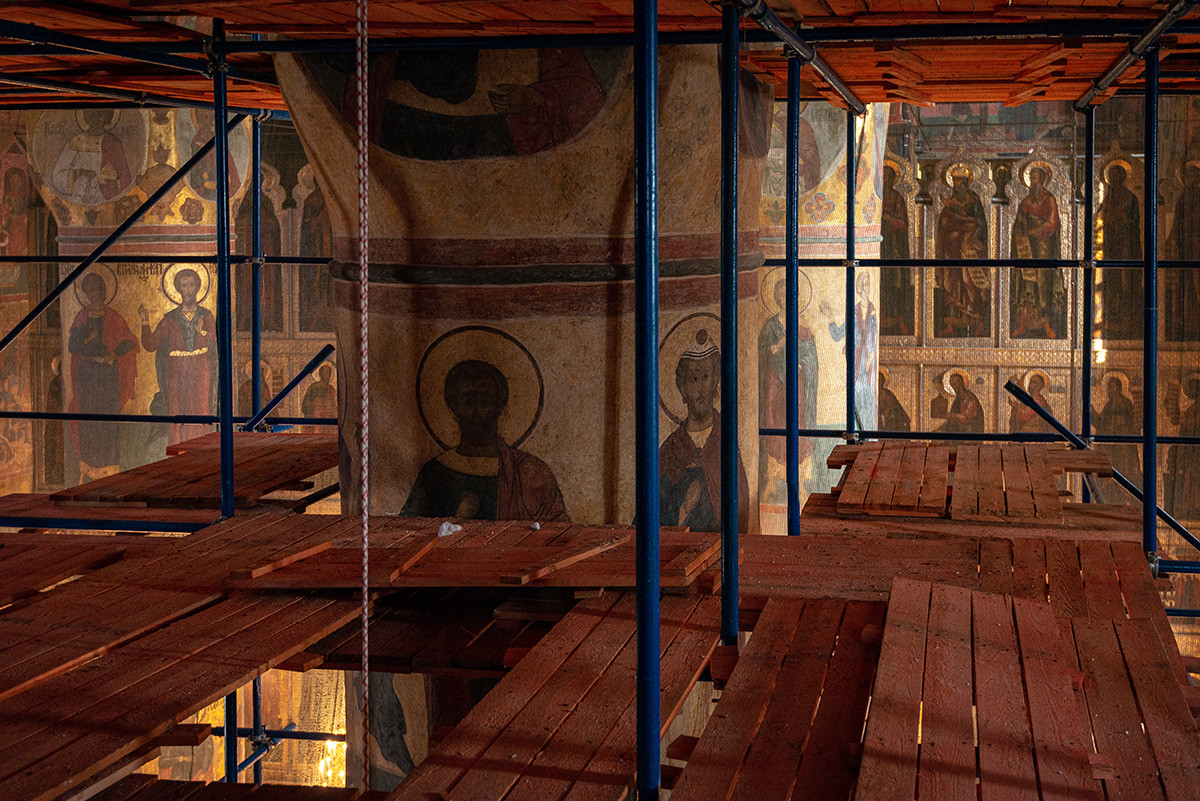 In 1643, the first tsar of the Romanov dynasty, Mikhail I, ordered to paint the cathedral anew, and those frescoes were preserved until today. 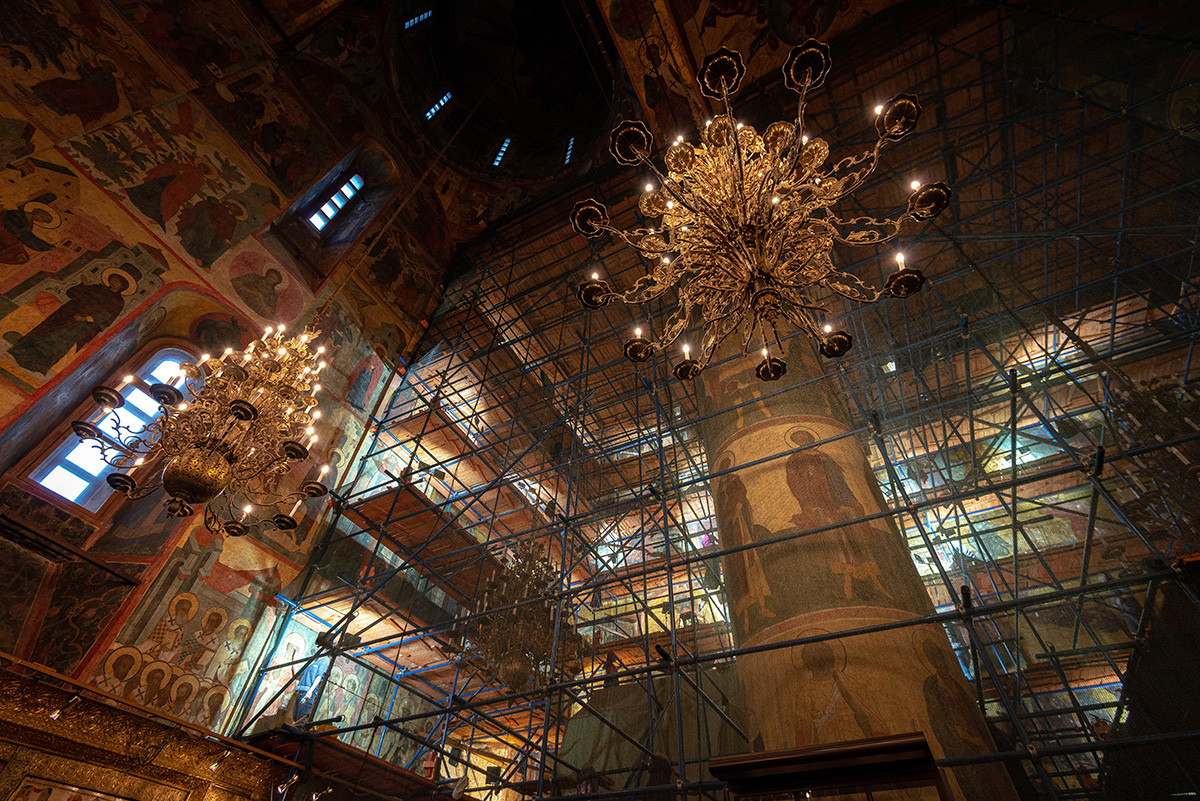 In 2018, another restoration of the cathedral began. And restorers found some frescoes that no one had seen before behind the altarpiece walls. 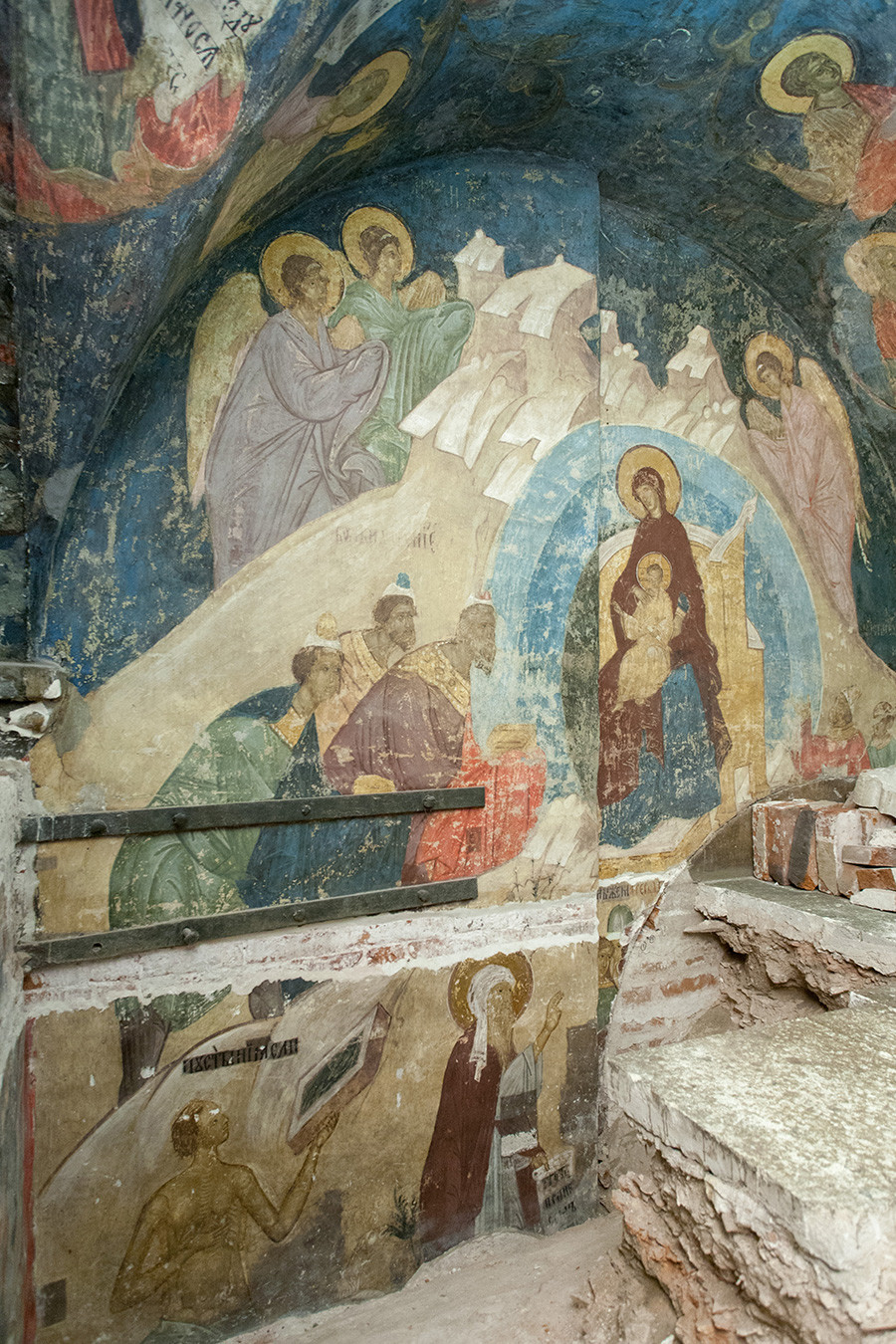 There are low hidden parts of two compositions: ‘Cathedral of Our Lady’ and ‘Birth of John the Baptist’. Two new prophets from the fresco ‘Praises of the Theotokos’ were also discovered. 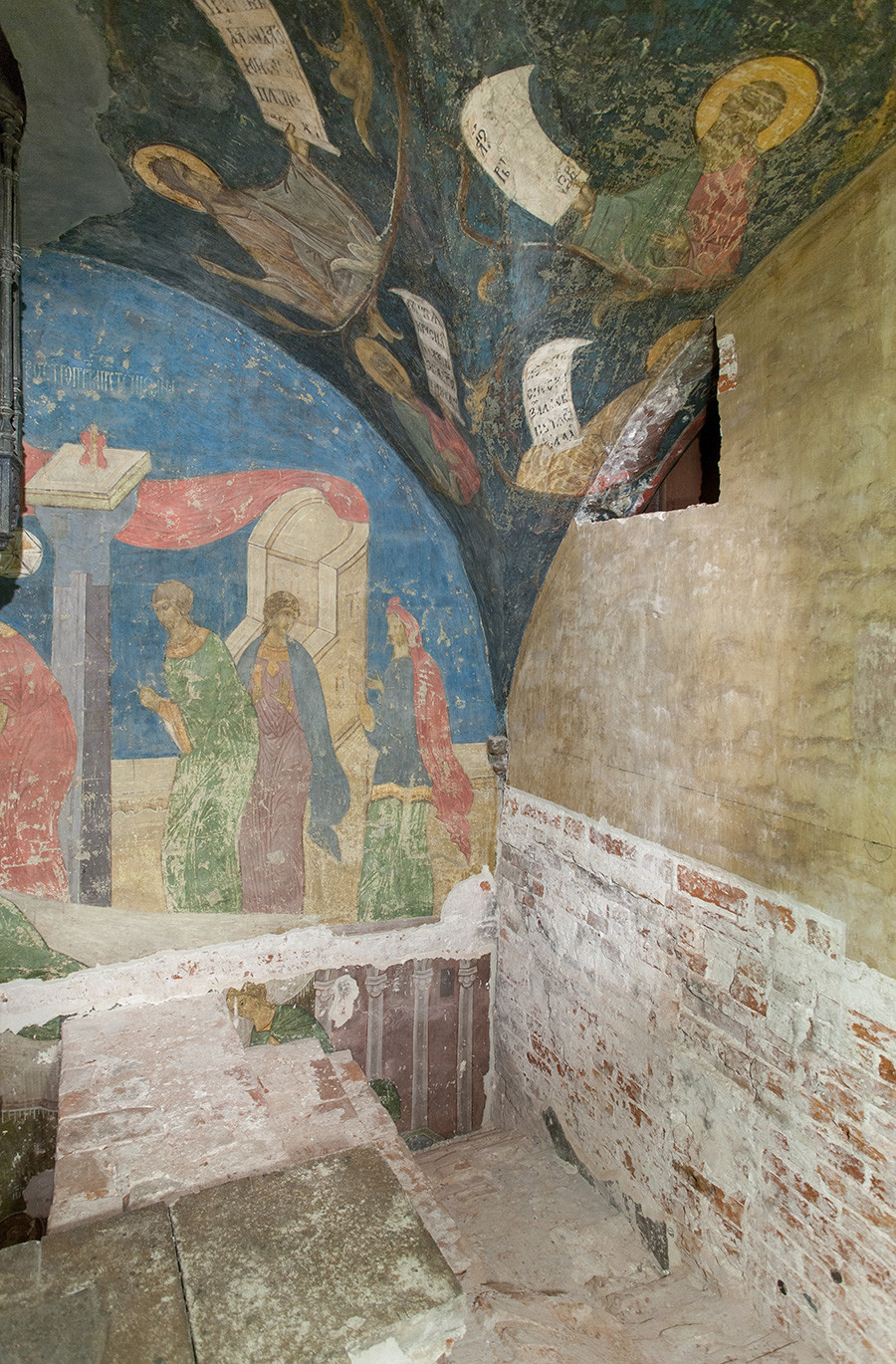 Research shows that these wall paintings are most likely to be dated around 1481, when Dionisy and other masters made the iconostasis. (Not even 1515, when the cathedral walls were supposedly officially painted.) 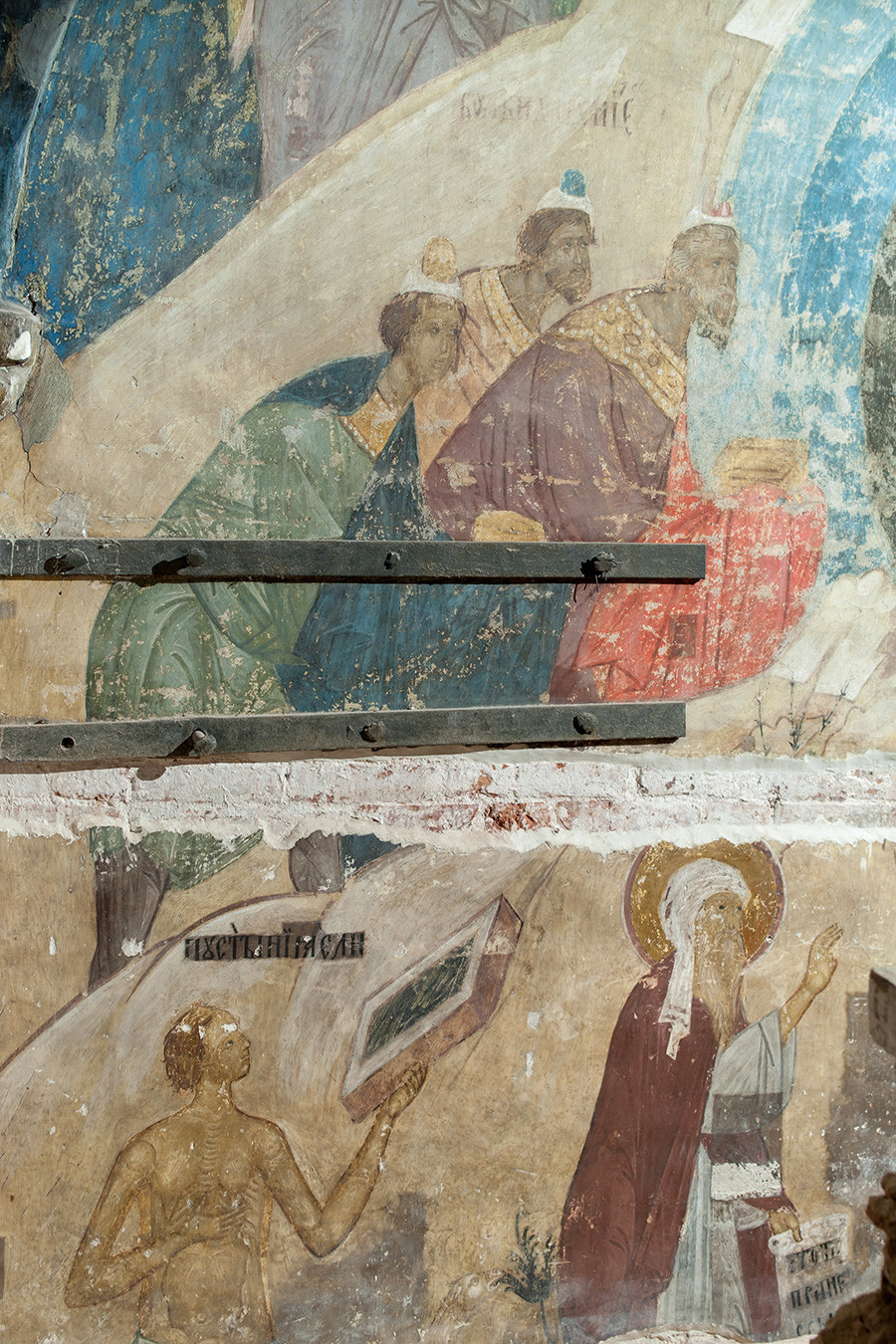 If these conclusions are correct, it means it’s an absolutely unique discovery, as frescoes of Dionisy and his contemporaries have almost all been lost. 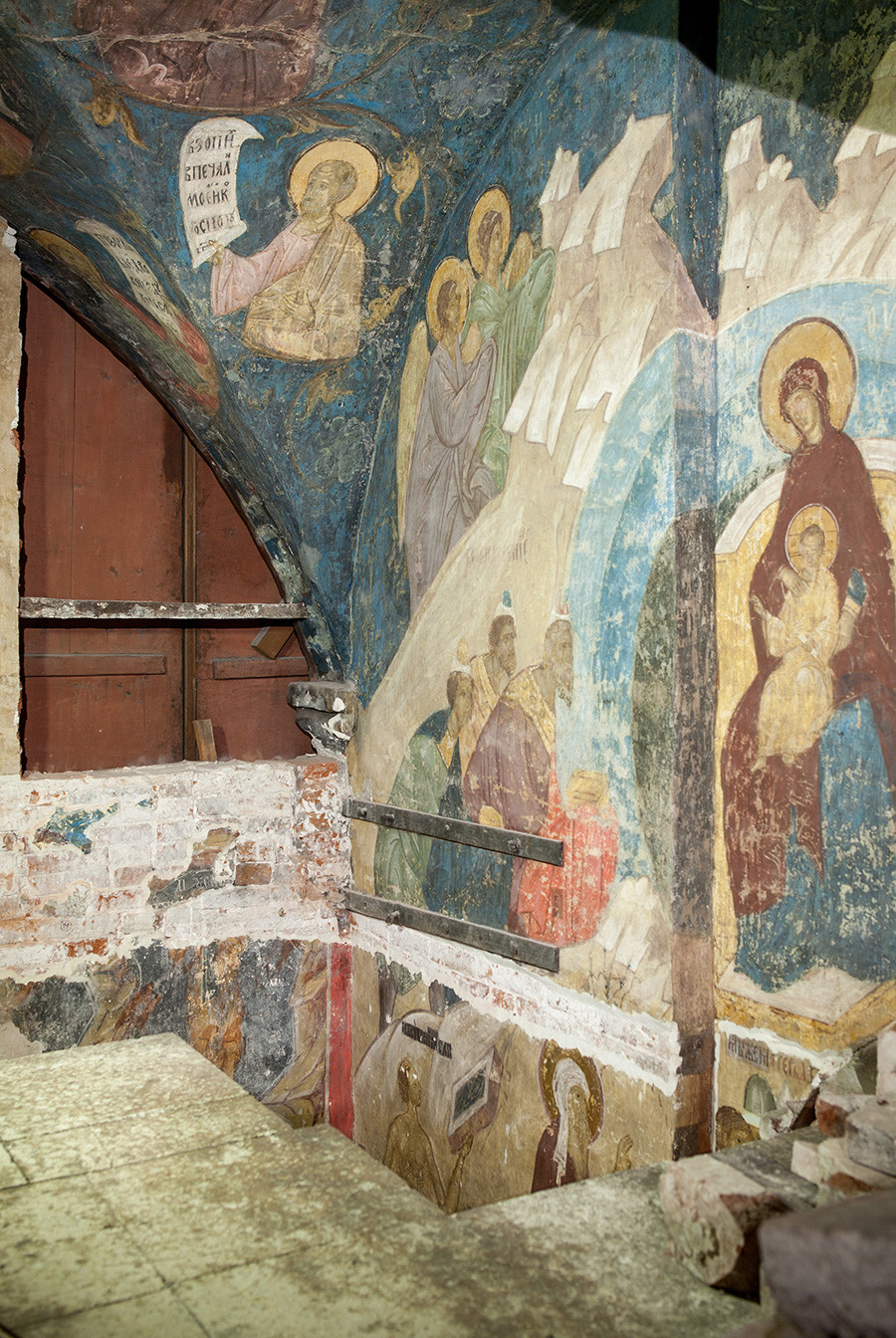 The most famous place where these rare masterpieces have been preserved until now is inside Ferapontov monastery in Vologda Region.