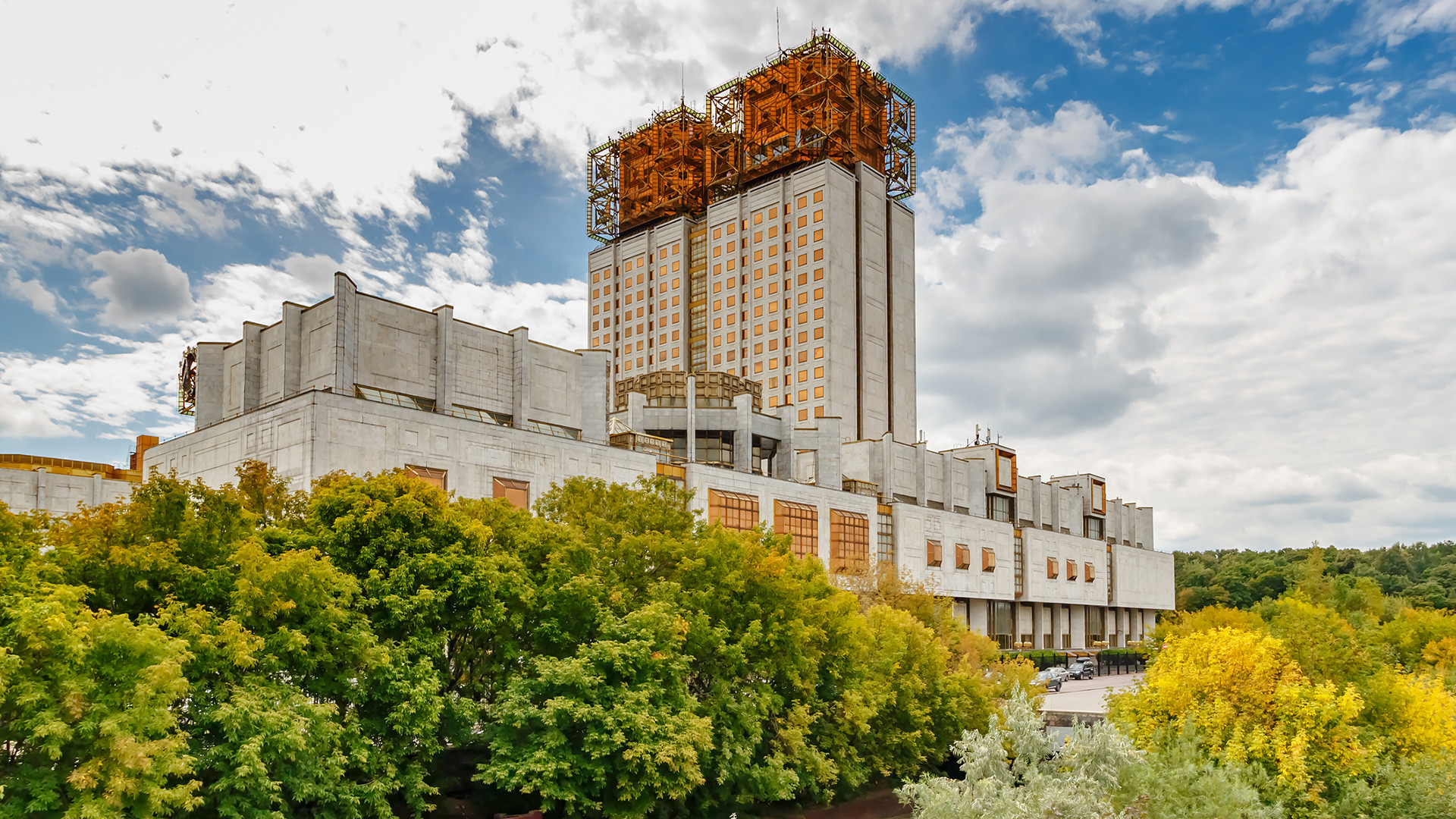 Legion Media
Located in the south west part of Moscow, this unique structure was built to showcase the mighty power of Soviet scientists. Yet, it was destined for bad luck right from the start, as some say...

1. If you’ve ever been to the Russian capital, you might have seen this strange building on the Moskva River embankment, just across the road from Neskuchny Park. “Golden Brains”, as locals call it, was designed in the end of 1960s to symbolize the might and glory of Soviet scientific power and host the Presidium of the Academy of Sciences. The construction work started in 1973 and lasted for more than 20 years. It was only in 1990, when the office part of the twenty-two-storey building was completed - basically the same time when the Union was on the verge of collapse. 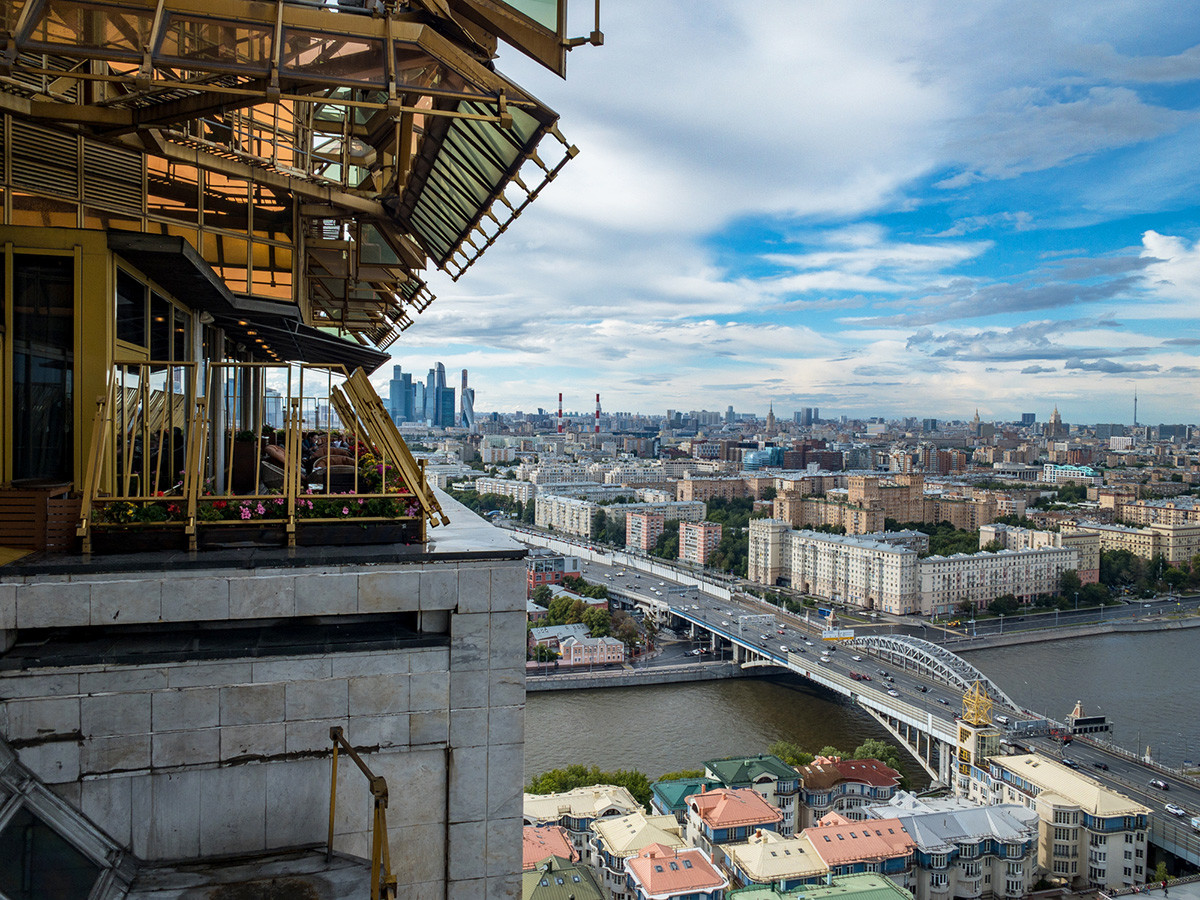 2. The main reason for the long construction was down to the location chosen for the project, which was not ideal from an engineering perspective - difficult underground soil and close proximity to the Moskva River. Plus, it had to be implemented to the highest technological and quality standards which required significant funding and resources. 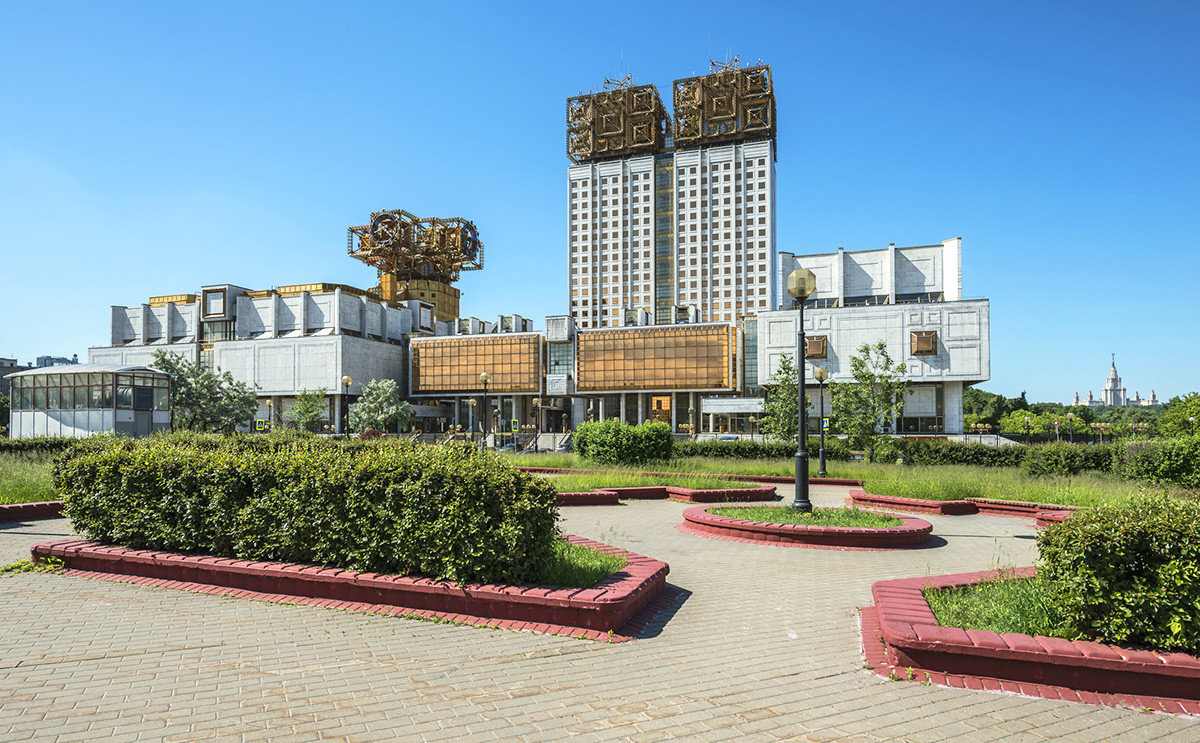 3. Those who like to blame the supernatural believe that the building was destined to have problems from the start. While some claim it’s a former site of a tectonic fault (which itself brings unfavorable energy), others have pointed to the fact that this place was previously used as a cattle cemetery and it’s bad luck. 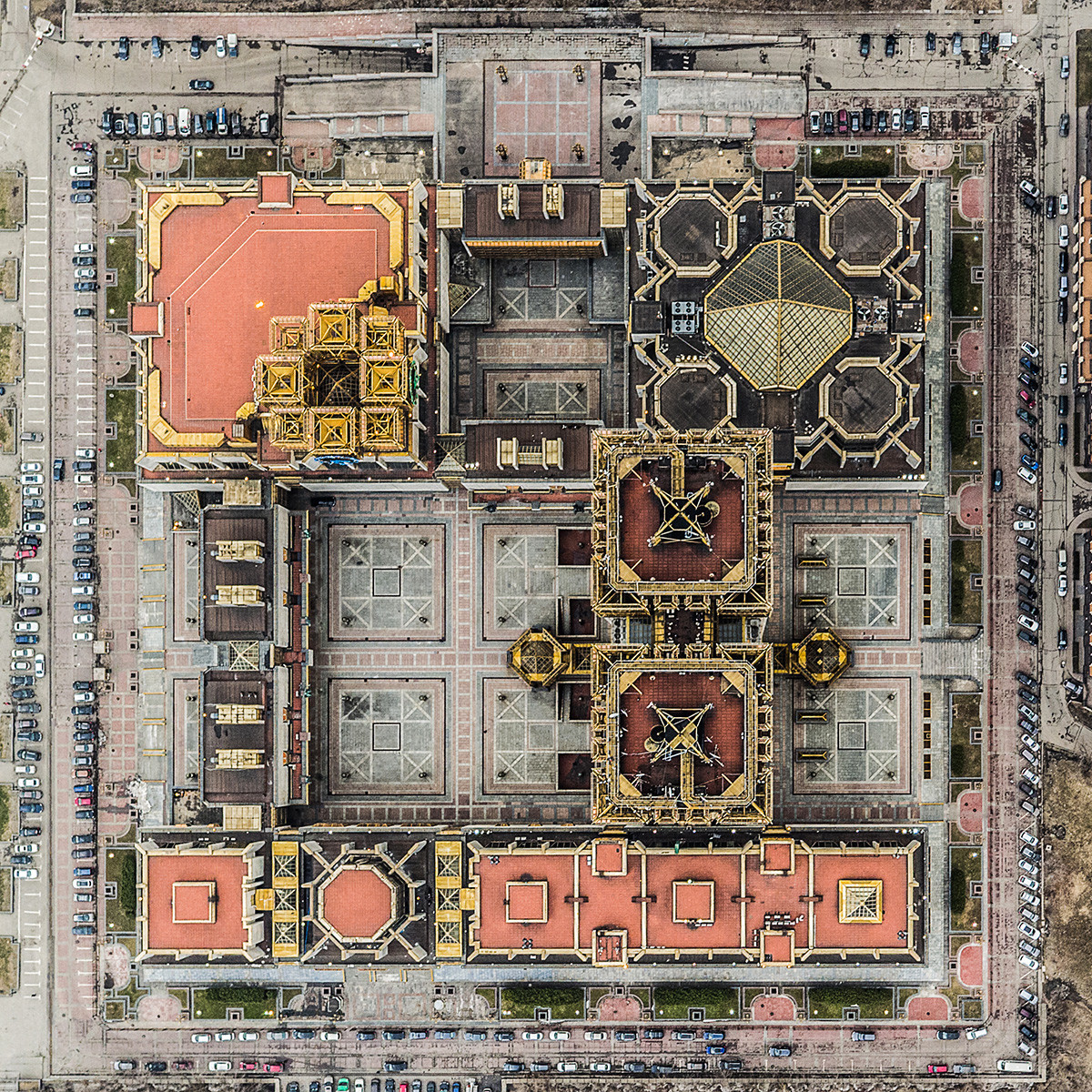 “People used to say that even before the war (1941-1945), authorities had planned to do constructions here, but didn’t, because this is an unclean place which hosted cattle slaughterhouses and a cattle cemetery,” said Olga who works in the RAS building. When the first tower of the “Golden Brains” was built, she was afraid that it would fall down because of this. “When I first started working here, I’d constantly come back home with a headache.” 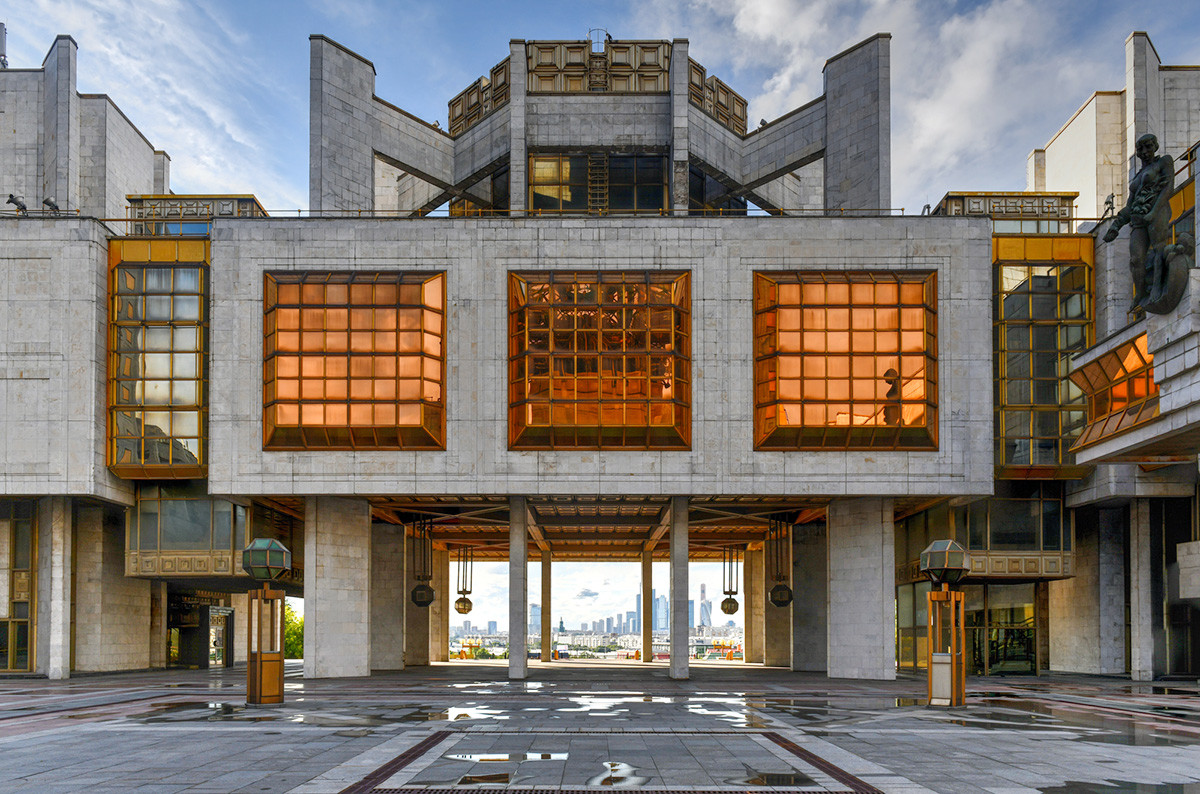 4. Initially designed to host the RAS Presidium, “Golden Brains” never actually fulfilled its function. At first, in 1990, its offices were occupied by scientists, but only partly. Other, commercial tenants also got an opportunity to rent vacant space. Travel agencies, private enterprises, representative offices of foreign companies - a variety of companies “checked in” here, which also meant the occasional gangster raids during the 1990s. 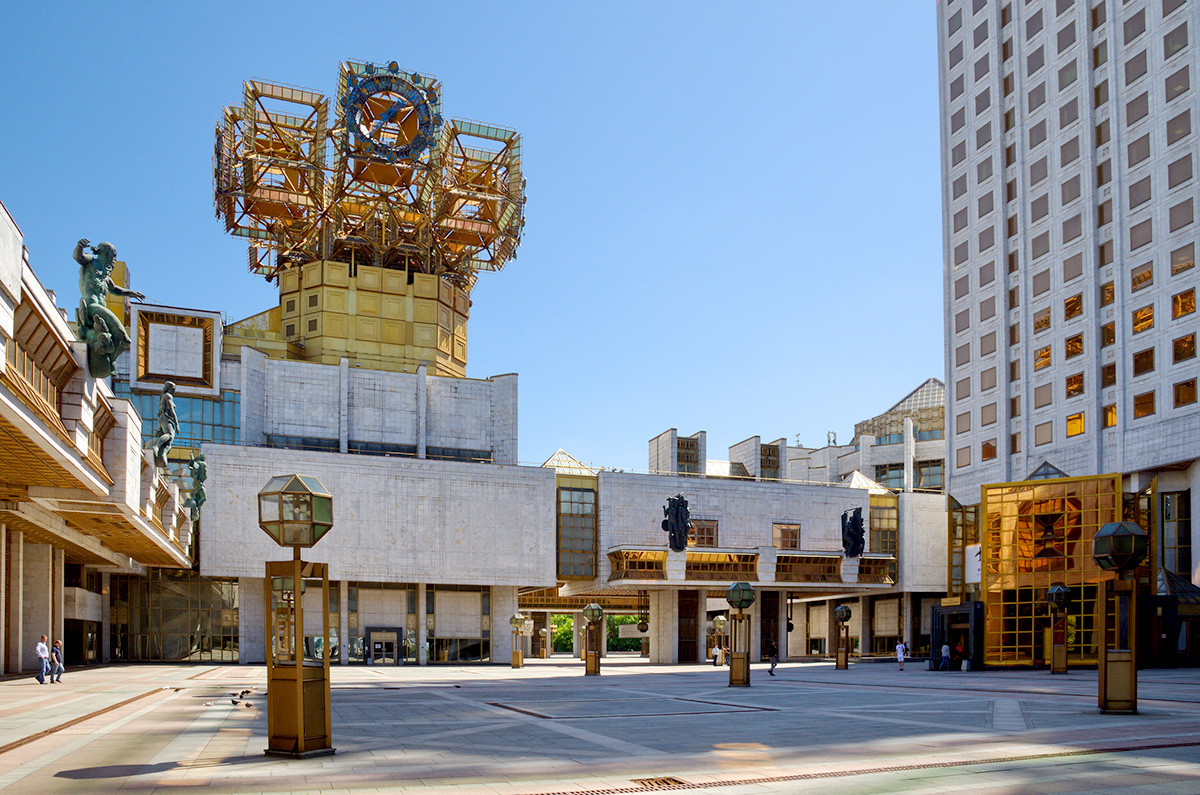 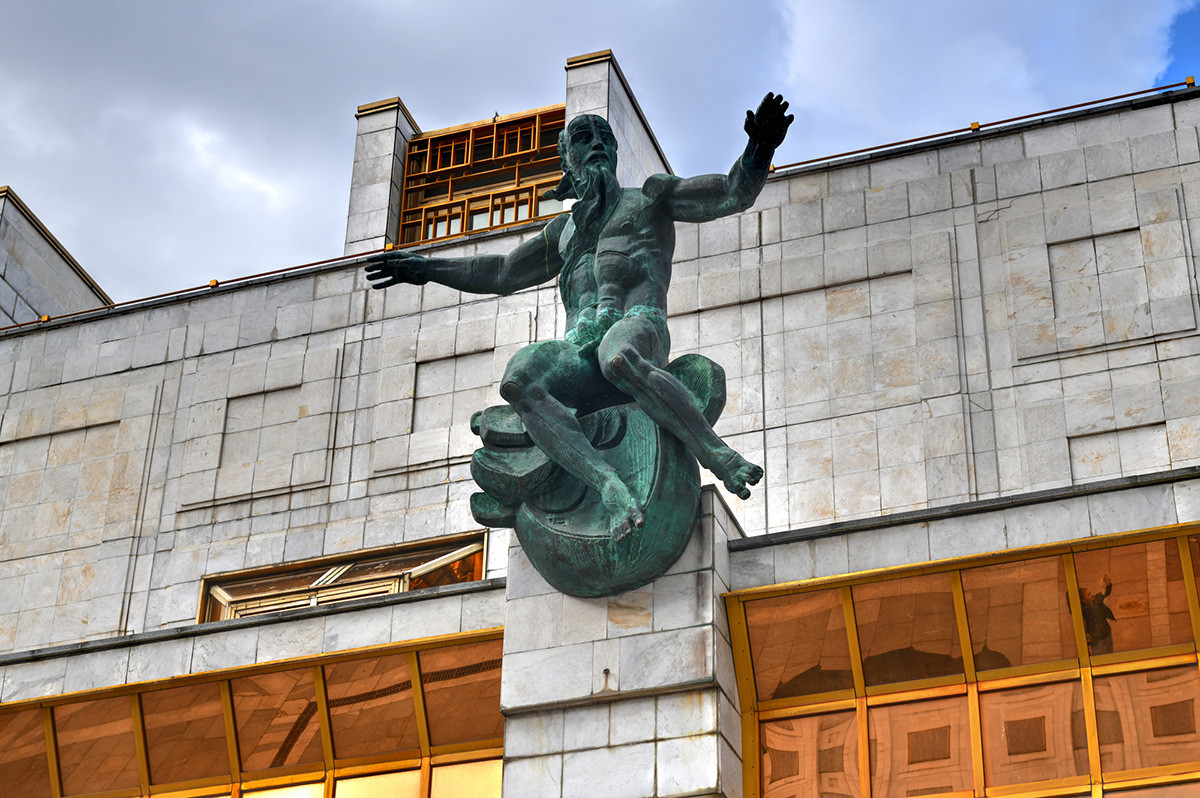 6. Similarly to the main building of the Lomonosov Moscow State University, the RAS building is subject to speculations as to how many underground floors it actually hides. Even the employees themselves admit they are not aware. Back in 2015, RIA Novosti reported there was an explosion on the minus ninth floor of the building, but there was no information as to what was actually there. Secret labs, supercomputers, another exit to the secret Metro-2 line - the theories vary.

Pavel, one of the scientists working in the building, tells of the building’s various strange features. “There are a lot of service elevators that cannot be called and it is unclear where they go. There are also a lot of unknown rooms, some voids in the walls, entrances to which are unknown, a secret labyrinths of corridors,” he says. 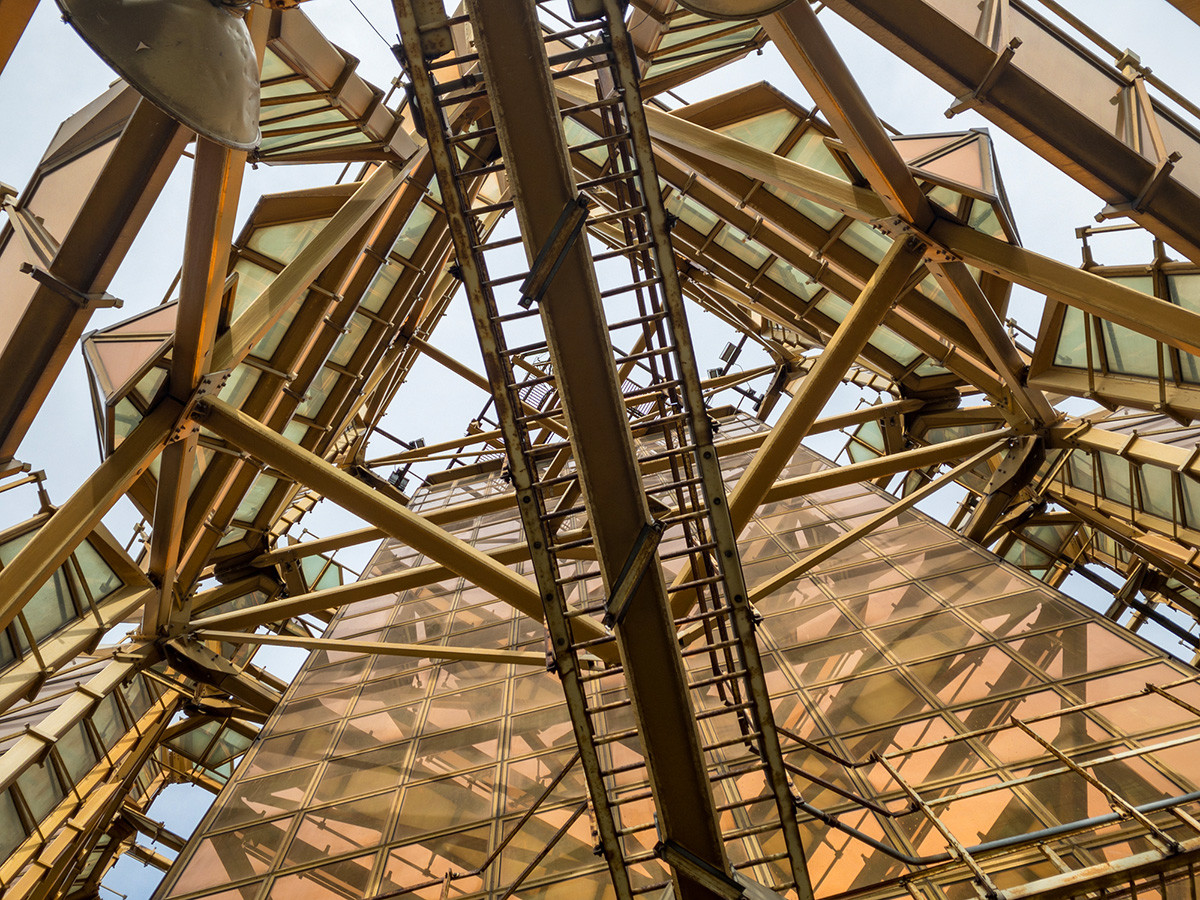 7. The “golden crown” on the top of the building giving it the “outer space” look isn’t only there to impress the onlookers, but also has some practical use. Though some might think that it hides some alien-like technologies to control Muscovites’ minds, the more down-to-earth explanation is that the roof merely houses some boring technical system that requires it to be hidden. Plus, there is a viewing platform and a restaurant which is currently closed.