Business
Ksenia Zubacheva
And it’s not only medics or state officials.

Last week, March 30-April 5, was the first week when Russians were officially asked to remain at home. President Vladimir Putin made it a paid off-work week, which, on April 2, has been extended until May - all in an effort to contain the spread of the novel coronavirus.

Yet, despite this large scale self-isolation regime, some Russians still work usual office hours (around 64 percent, according to polls). And while some of them have an opportunity to work from home (like journalists or IT specialists) others have to go “out there” and risk their lives.

As per the president’s orders, the self-isolation regime doesn’t apply to medics, government officials and those working in companies with continuous production, pharmacies, grocery stores, and all essential services. 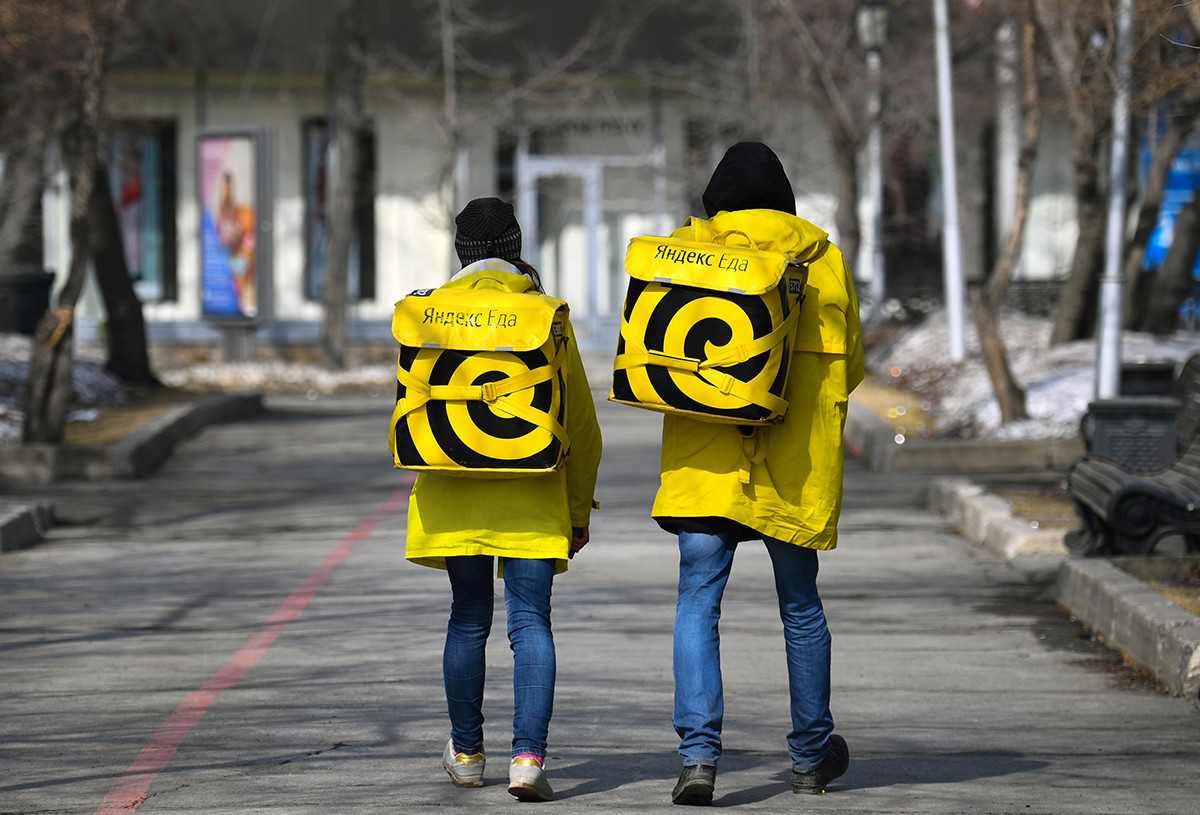 In practice, however, the number of those who continue working “as usual” may be much greater. Couriers, for instance, are probably one of the most in demand professions right now. The crisis has pushed employers’ demand for such candidates up by 40 percent in March, and increased their average salaries by 20 percent. Indeed, how many couriers are enough for millions of families stuck in their homes in Moscow alone?

Some Russians even rethought their current occupation, taking up a job in the delivery services. “It’s important for me to remain physically active and have some time off from the online flow of information,” says a Russian entrepreneur, Sergey Nochovnyy, who recently decided to temporarily become a courier, as his traditional business activity in Moscow has almost gone to zero. “Working as a courier is a good first step to try and make sense of what’s happening and get a new perspective on things,” he wrote online. 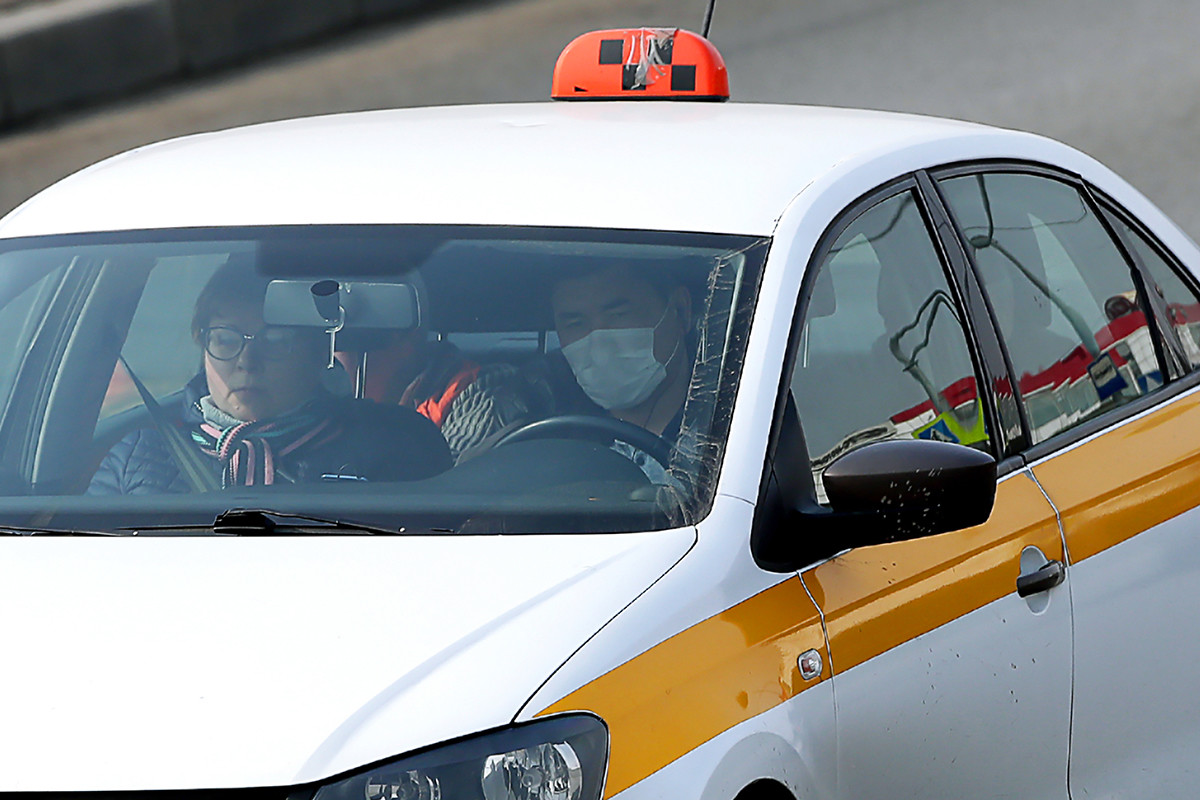 Taxi and freight drivers also continue to work as usual. “We are working as we have done before, five days a week,” says Ruslan, a freight driver from Moscow. “The only thing that’s changed is that we manage to complete orders faster, as the roads are less busy. Of course, this virus worries me from time to time but what can we do? One has to make money to feed the family so we continue to work.”

What he’s not happy with, however, is that even though some employers want their personnel to continue working, not all of them have bothered to ensure decent enough conditions for this. “No one provides us with face masks, gloves, and sanitizers,” he admits. 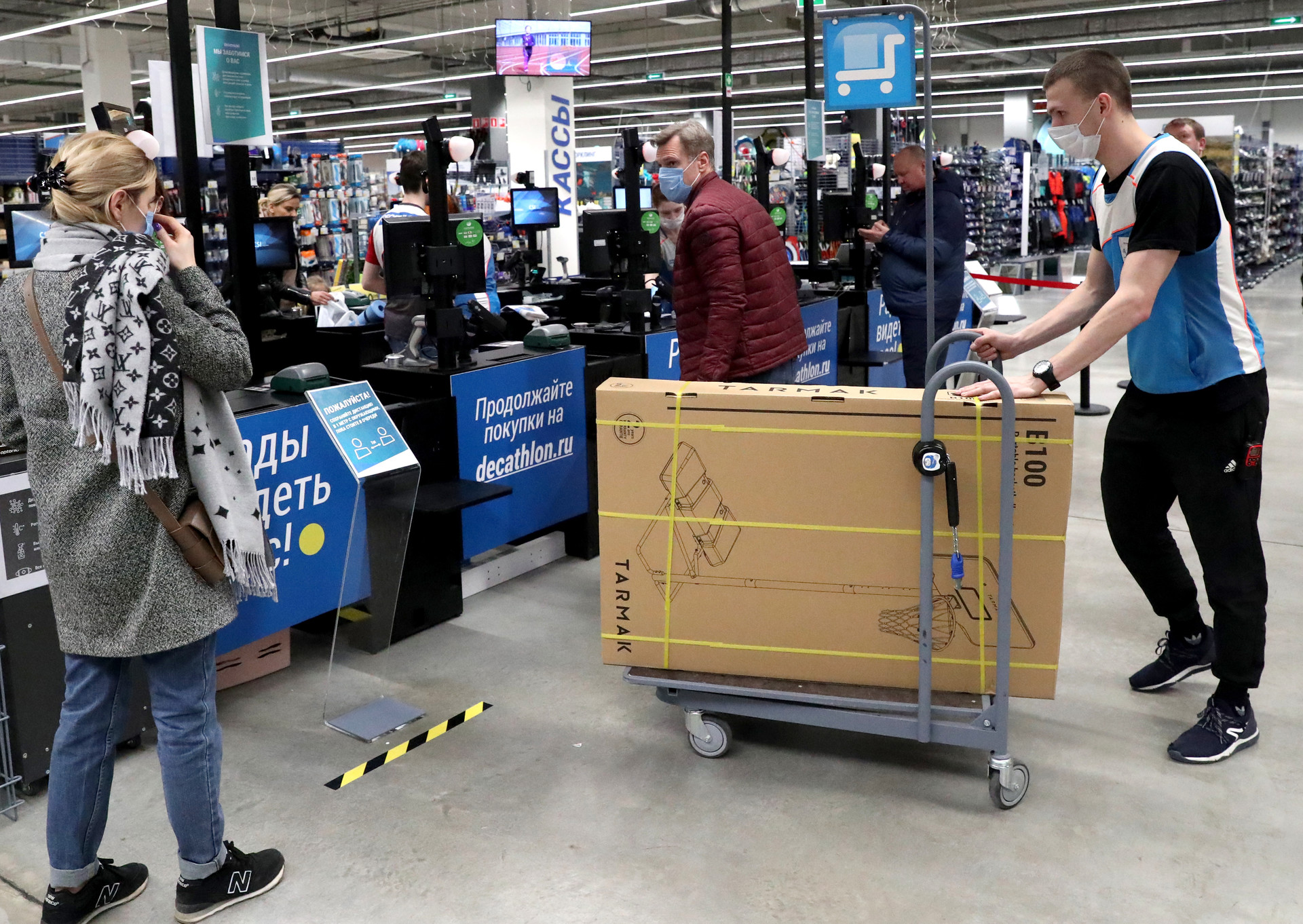 Even though offline shops not selling groceries got temporarily closed, it doesn’t mean their employees are not working. Dmitry, a sales consultant at one of the sports equipment stores in Moscow, admits they continue going to work to their closed offline store nevertheless - to prepare their product range for summer season and service client orders made online.

“We don’t work full hours, our shifts got cut by half so we make less money than usual because our pay is hour-based,” he says. “I don’t own a car so for me it means going to the other part of the city by public transport, which is scary on the one hand, but on the other, the majority of people stay at home so the metro is now practically empty. So it’s not that dangerous and one has to make money so even if I had an option to take a leave I most likely wouldn’t.”

Even though banks encourage their customers to use their online banking services during this time, there are cases when offline visits are also necessary. Recognizing this, Alfa Bank, for example, took face masks for their employees to a whole other level:

Anton, a personal manager working at another Russian bank, Rosbank, says they also have everything they need in terms of face masks and sanitizers. “We don’t work full hours as well - just until 4 p.m. and the bank has shut down some of its branch offices. So only a few are still working,” he explains. “Plus, we are not currently scheduling meetings with clients, until the self-isolation regime is over.” 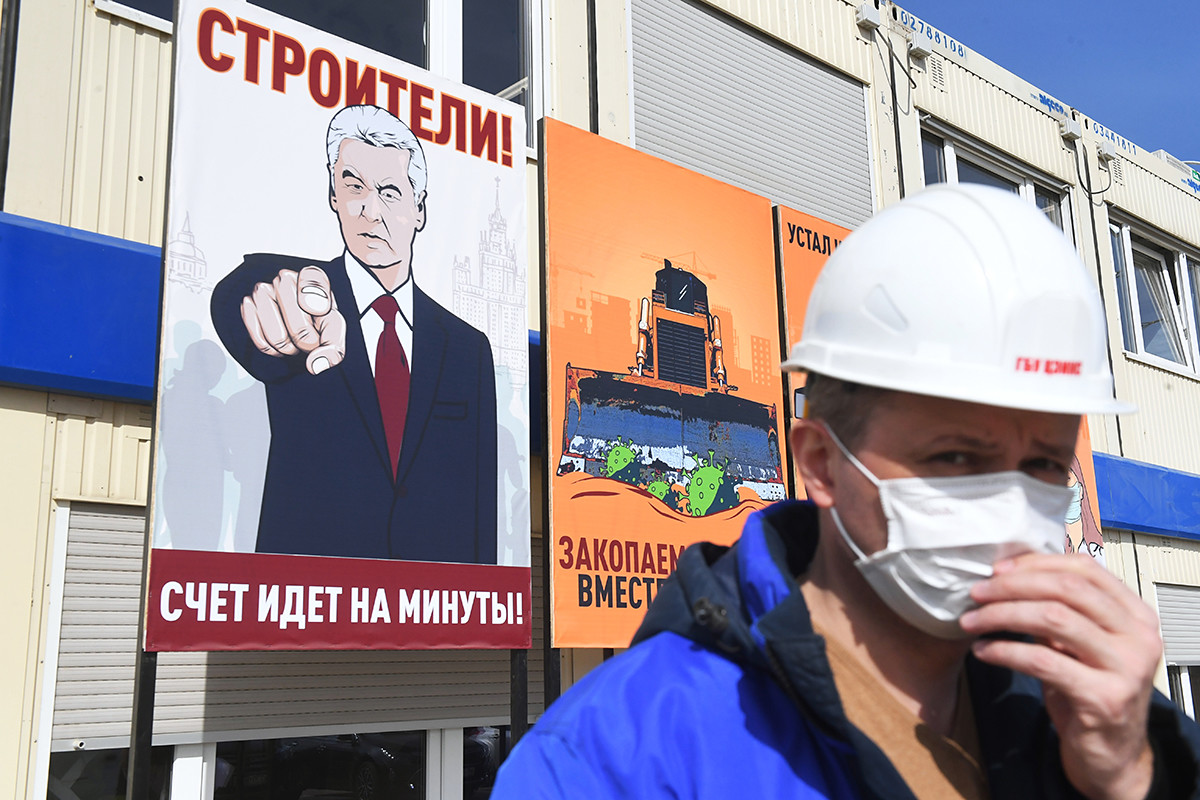 Despite the coronavirus threat, developers didn’t stop work on the many construction sites across Russia. Just in Perm, as many as 8,700 people continued to be involved in development projects taking place in the city. Why? Construction processes fall under “continuous production” category, they say. “A construction site is a high-risk project but a halted construction poses a higher risk than the one that’s ongoing,” explains Valery Ananyev, head of Atomstroikomplex. “Coronavirus can’t have an impact on such projects of national importance.”

Developers note that they take every precaution to ensure safety of workers on such sites, including monitoring their body temperature, providing them with soap and sanitizers, and ensuring they work in smaller working groups. 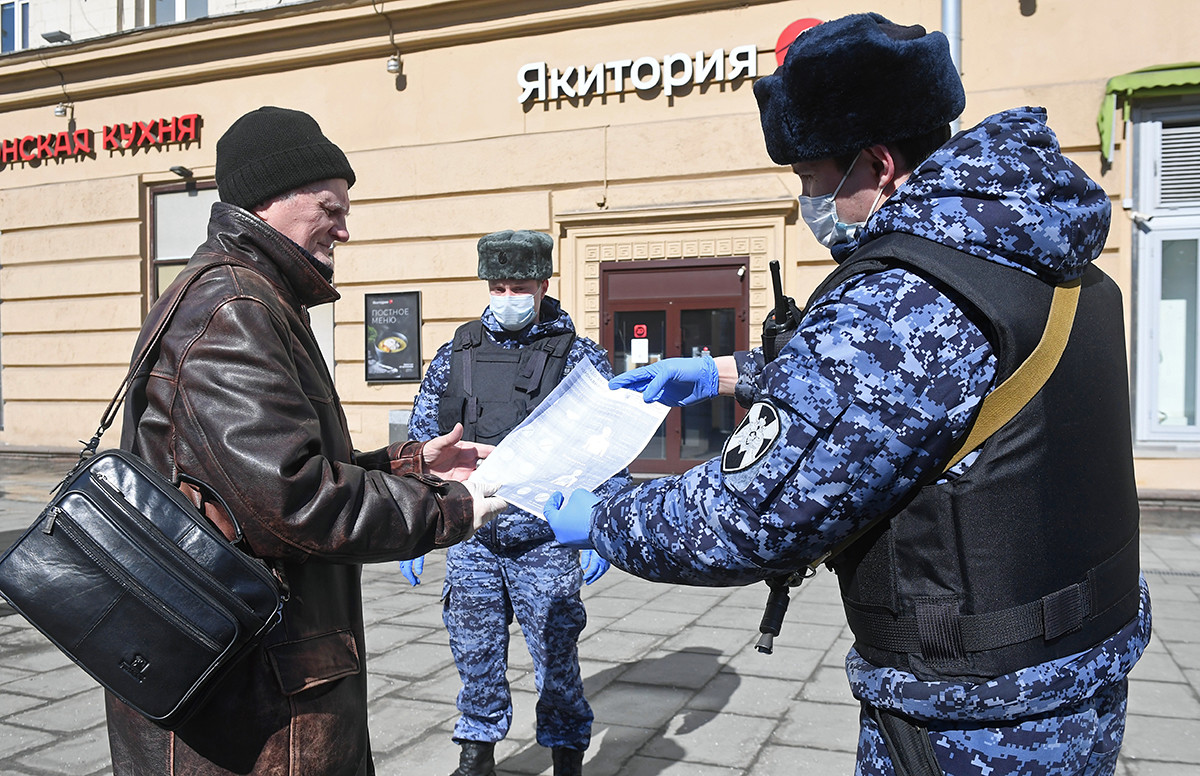 Ensuring security and law is also a job that can’t be moved online. Security guards are always on duty in shopping malls, for instance, or underground. Nikolay, a security guard working for Rosgvardiya (the National Guard of Russia) says they continued to work the same hours but are monitored daily for body temperature and provided with sanitizers. “Over 65-year-old employees were asked to take a temporary leave and their positions got temporarily filled by younger colleagues,” he notes.