How businesses in Moscow are reacting to coronavirus shutdowns 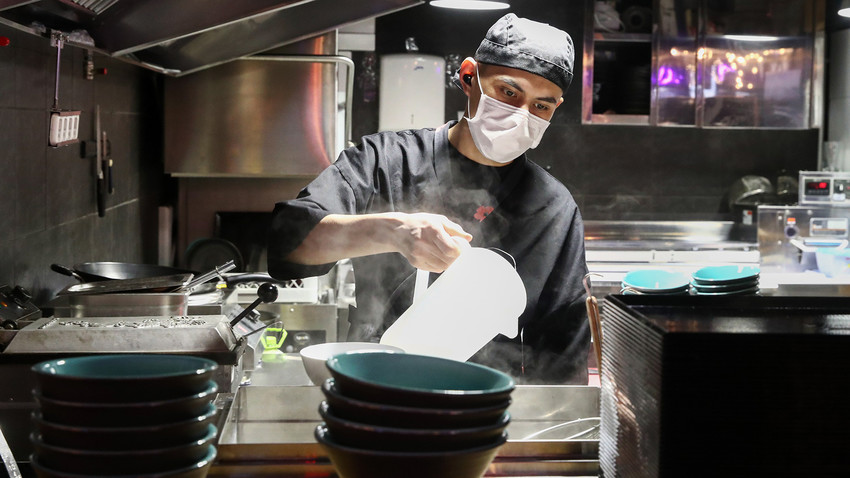 Sergei Fadeichev/TASS
Small and medium-sized enterprises were among the first to feel the consequences of the Covid-19 outbreak in Russia. From the fall of consumer spending to problems with international supplies, we look at the main challenges faced by them so far.

As the coronavirus forced a major part of the world to switch to the mode of temporary self-isolation, enterprises had to adapt. In Russia, this was most acutely felt in Moscow, a major business and tourist hub where the authorities have started to enact measures last week.

To prevent the spread of the coronavirus, on 16 March, Moscow mayor Sergey Sobyanin issued a decree banning all mass gatherings of more than 50 people. Companies were recommended to switch their employees to remote work mode, while grocery stores and restaurants have been having to cope with an increasing number of online orders.

While there are some businesses that had an opportunity to profit from the situation by exploiting public panic (making T-shirts with “f*ck virus” slogans and selling “strategic” goods like buckwheat or face masks), some experienced a sudden fall in sales. “One of our partners manages a bus transfer company and he’s been seeing an 80-percent decrease in orders since the start of the year. He’s afraid that his niche will cease to exist soon,” Ildar Giniyatov, chief marketing officer at Brizo, a customer relationship management system provider for small and medium enterprises, told Russia Beyond.

Is it really all that bad? And what are businesses doing to cope with the situation? We asked Russian and foreign entrepreneurs to share what their experience has been so far.

‘It is a difficult time for everyone’

The changes in consumer behavior came quite suddenly, says Jinny Lien Ngo from Hanoi, who owns a Vietnamese restaurant in Moscow. In mid-March, her team saw a big drop in customers, both Russian - who usually come for business lunch - and Vietnamese. “Outside, it still felt like everything was going normal in Moscow. The weekend came and we saw even fewer customers, while normally, we would expect a full house. We started preparing for a take away menu, and started to send more Vietnamese ingredients over. Fewer customers came, but still no one seemed to be too concerned,” she recalls.

Then came the Russian measure to restrict international traffic with Vietnam, leading to the restriction of the restaurant’s supply from abroad. “There is now news of impending closure of all restaurants. Students are staying at home and parents are working from home. We went food shopping on Wednesday and all the prices have surged. It is a difficult time for everyone, and our business is not an exception,” she says. 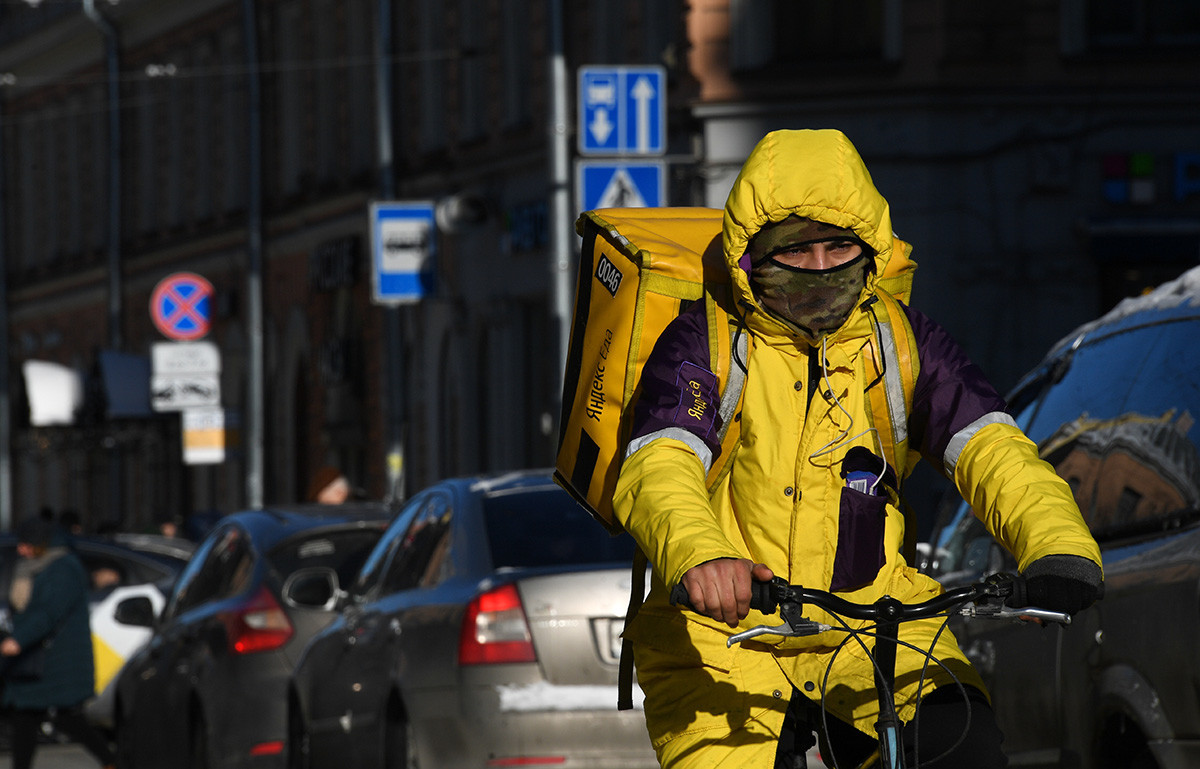 Restaurants have been having to cope with an increasing number of online orders.

To deal with the situation, Jinny and her team decided to focus on deliveries, added more items to the menu as well as did their best to cut costs. “The next few weeks and months will be more difficult before everything can return to the previous level. We can only hope for the best,” she says.

‘We have to pay a gigantic rent'

“Every day we’ve been checking our profits with horror but, to be honest, fortunately, we haven’t seen a significant drop yet,” says Sasha Lamm, who owns a patisserie in Moscow together with her half-German spouse Willi. What did change is the percentage ratio between their profits of their offline cafe and that of online deliveries. “April is usually a slowdown month for the confectionery industry after February and March holidays so for now everything we are seeing is rather normal. But if the situation gets worse, we’ll consider offering free delivery service and discounts to be able to at least cover our production costs. We have to pay a gigantic rent, plus a significant budget goes into paying salaries and the production costs of our desserts is rather high.”

Sasha positively assesses the authorities’ recent suspension of mandatory insurance premiums (normally paid by employers to social funds) but notes that it’d be even better if the government introduced some steps to support small and medium businesses in covering expensive rent in Moscow: “If there is a way to negotiate an interest rate reduction, that’d be great. We’ll all survive and continue working further.”

Debesh Sharma from Singapore, the founder and CEO of Azent, a search engine for tourists and businessmen to find the best cheap hotels in Russia, admits that, like many other companies working in the travel industry, his venture has also been facing challenges.

As he says, at times such as these, the immediate action for fellow entrepreneurs is always to figure out the liquidity, the cash burn, and how best to minimize the burn rate and tighten our belts to extend the runway as far as possible. 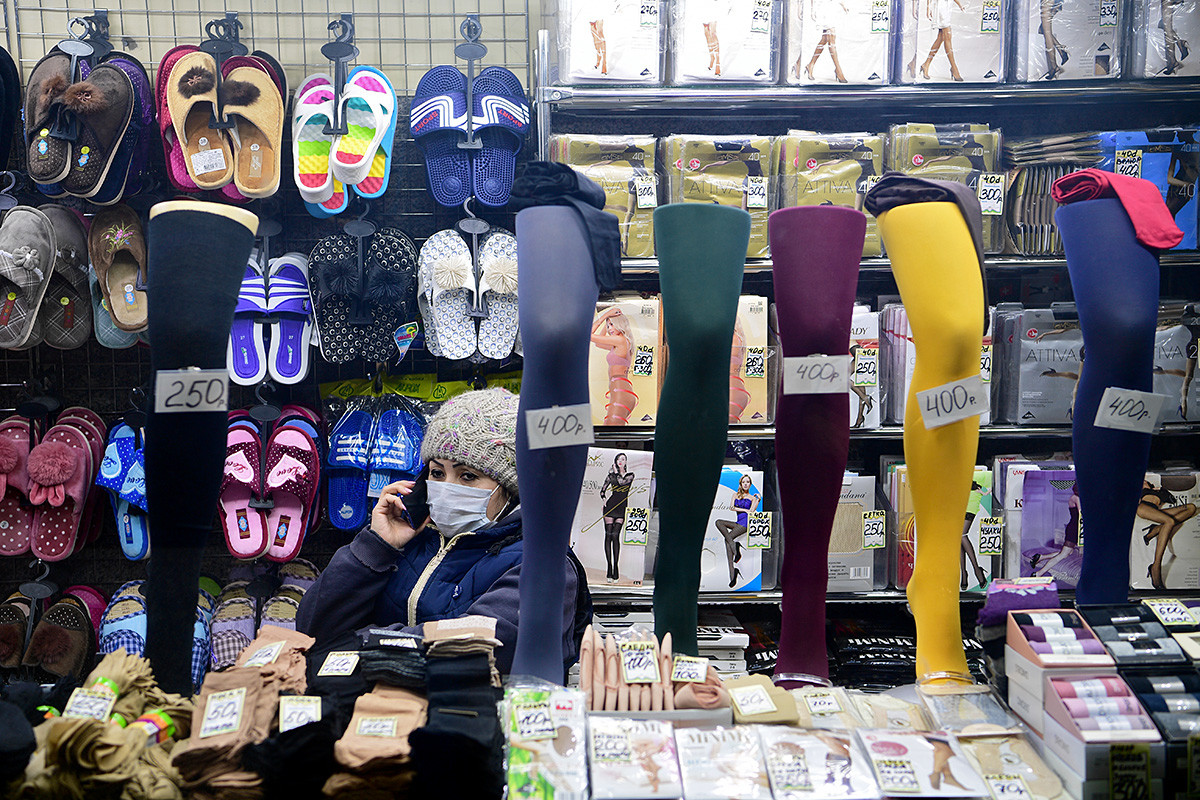 Small and medium-sized businesses were among the first to feel the consequences of the coronavirus outbreak in Moscow.

“This isn’t a challenge for small businesses alone – this is equally so for larger firms. In fact, I suspect that for smaller businesses with flatter hierarchical structures and minimal corporate red-tape, decision making in these times is easier,” he notes.

Debesh also adds that the Russian government’s response to the situation has been swift and reassuring, but a lot depends on what we’ll see next: “What I would really want to see is what happens later when the rubber hits the road - how these actions and others that follow actually pan out in reality. What needs to be understood is that this is a really significant shock that has jolted the entire economic system, and if I were to be unbiased and impartial, there is, there will be no business and no industry left out where the shoe won’t pinch terribly.”