Lifestyle
Alexandra Guzeva
Personal archive
Willi Lamm married a Russian woman and took her to Germany. But she got quickly bored, so the couple returned to Russia. Now they bake eclairs together in their own patisserie in Moscow.

My dad is German, my mom is Russian. I was born in Siberia, in Tyumentsevsky District of Altai Territory. My dad’s parents were Volga Germans who ended up in Siberia following the mass relocation of people under Stalin [during the Second World War]. That’s where my dad was born. He spoke perfect German, but his difficult post-war childhood, student days, and army service instilled in him a dislike for Germans and Germany. He decided he didn’t want to speak German anymore, and switched completely to Russian.

When Russian Germans began to leave for Germany in the 1990s, my dad was against it. But after talking to some who had moved, my mother realized we would be better off there. So in 1995, when I was ten years old, we relocated to Germany – to the small Bavarian town of Pocking, not far from Passau. I didn’t know German and the first years in the country were difficult. But I soon picked it up and carved out a new life for myself.

In Russia I got called a German, and in Germany a Russian... I understood very early on not to pretend to be something I’m not. I’ve never hidden my accent, like many try to do. 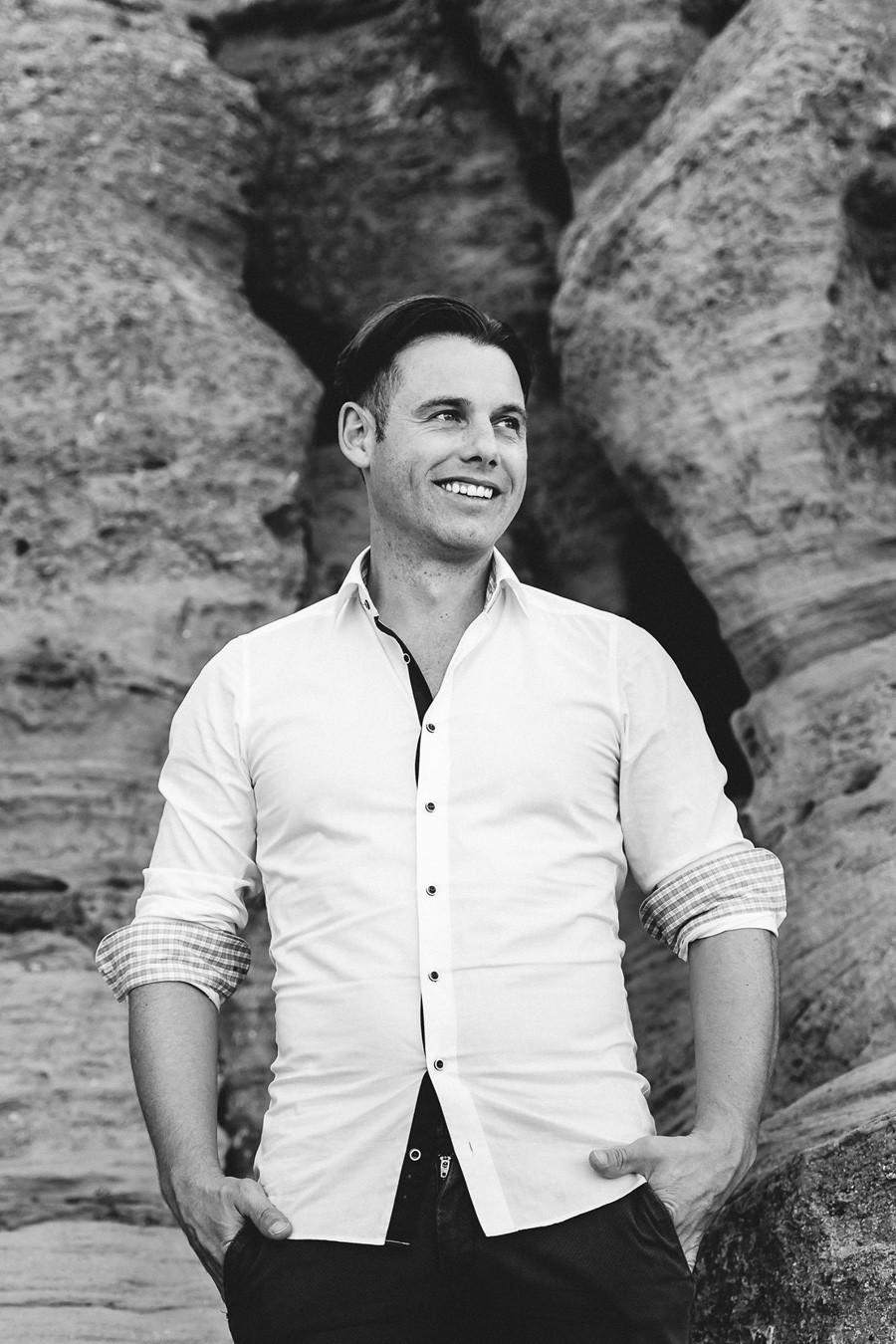 After school, I moved to Munich and started to forget Russian, because my social circle there was exclusively German. I began to remember the language again only when I met my Russian wife, Sasha.

My wife and I met on vacation in Greece. Sasha would tell the story better, she found it really romantic. This guy was hitting on her in a bar, and I intervened. She gave a vivid described of what happened in Instagram, but for me it was just a normal act to protect a woman. I have a very strong father who taught me to do just that.

After a year in a long-distance relationship, we realized we wanted to be together. To begin with, we tried to live in Russia, but it was easier for me to find work in Germany, so we decided to go there. 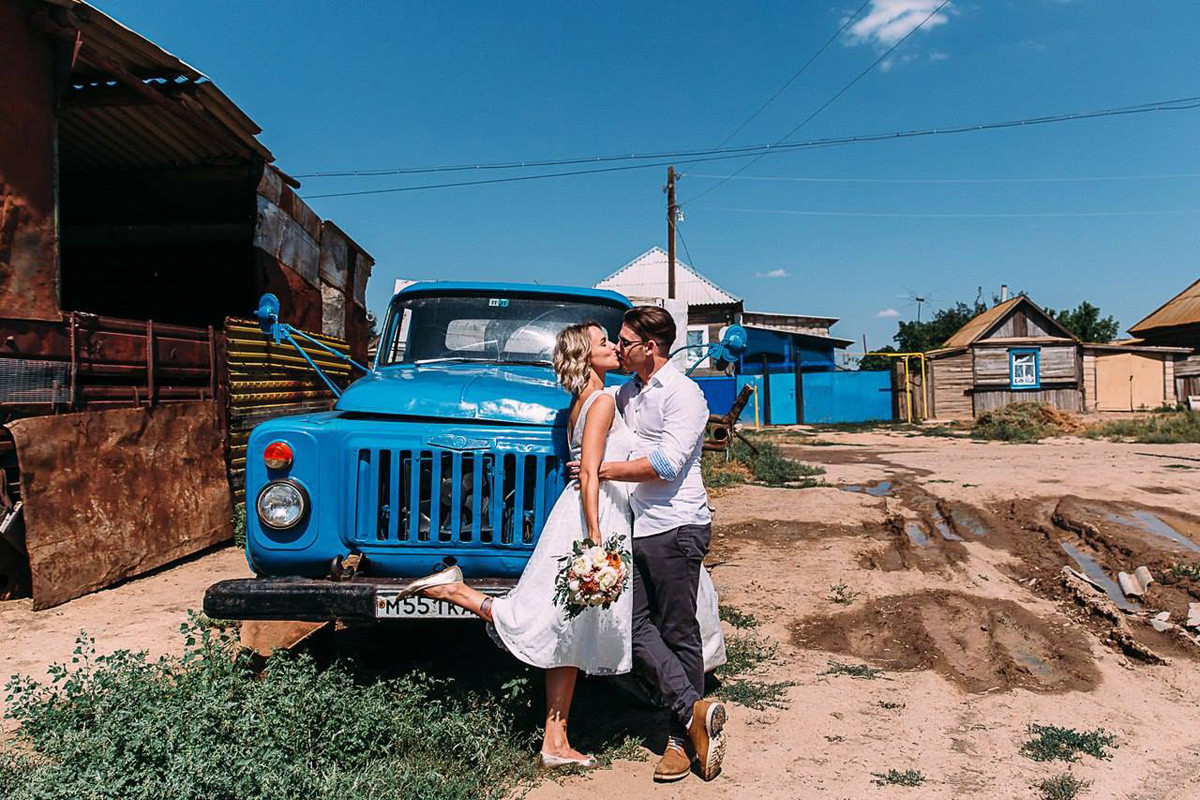 We got married in the small Russian town of Akhtubinsk on the Volga, where Sasha came from. As a child, I spent every summer with my grandmother in the village, so I adore that kind of environment. I loved everything, and even regretted that we didn’t have an accordion player at our wedding. But I promised Sasha to arrange another big wedding, this time in Germany.

After a year in Germany, we realized that Sasha was going crazy. She’s not the kind of person who stays at home with the kids. It’s good that we both understood that. As for me, I’d long wanted to run my business and set my own schedule to be able to travel more (although my business hasn’t freed up my schedule just yet).

We wanted to open a patisserie in Germany, but Germans tend to be very conservative. They’d have needed six months just to get used to our cupcakes, and a whole year for the eclairs – they still eat the buns their grandfathers ate. We couldn’t wait that long. Sasha had already worked in the confectionery business for five years, making bespoke cupcakes in Moscow. So moving back to Russia seemed logical. And for me, Moscow was a new place, so I was all for it. Six months ago we opened our first cafe, Lamm’s. 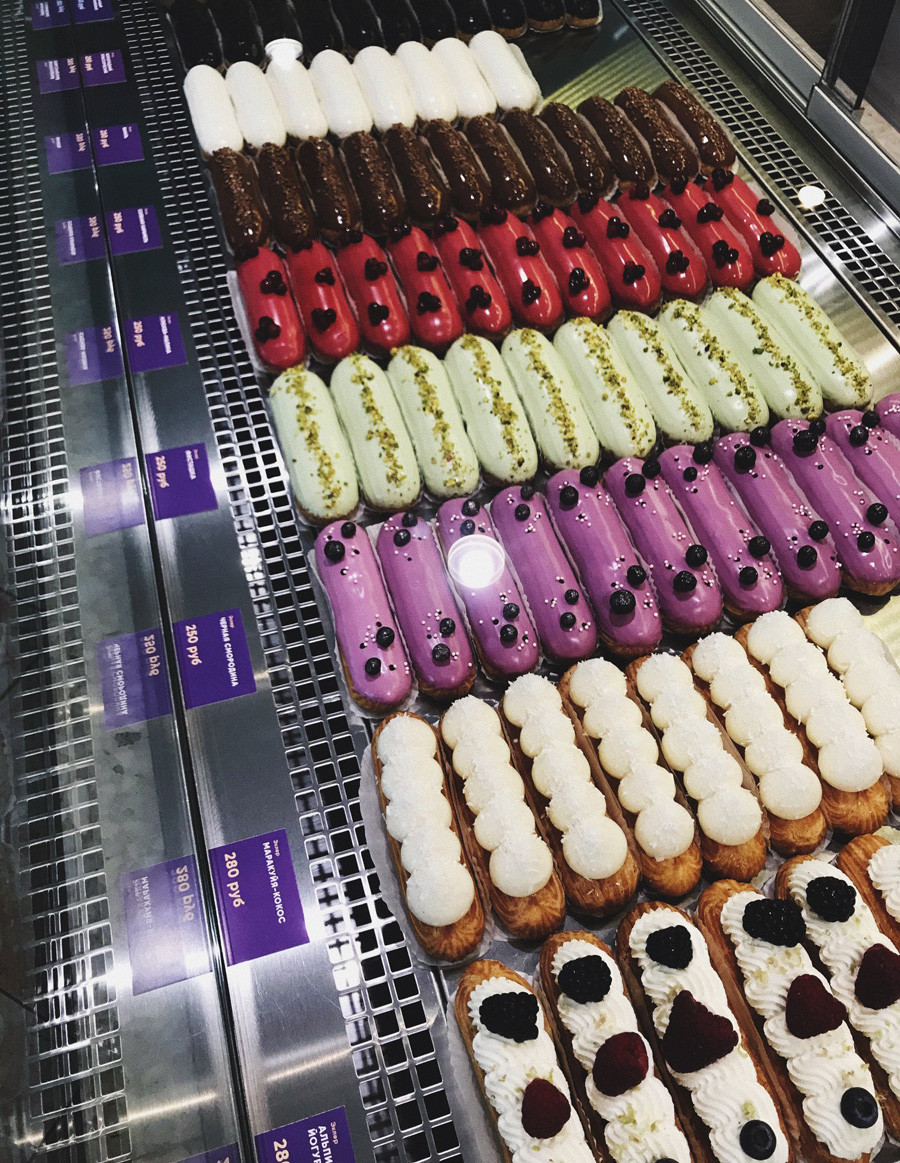 Arriving in Russia, I was totally unprepared for the so-called bribe culture. It’s really depressing that it’s part of doing business in Russia. Something’s not allowed, then you give a bribe, and all of a sudden it is allowed. I really hate paying taxes that go towards a yacht for some official, instead of helping ordinary people. So much of business here is off the books, whereas in Europe that’s not possible. But we do everything by the rules, all our staff are officially employed, and all documents are genuine. That’s why our eclairs cost so much [280 rub. or $4.30; elsewhere in Moscow the average price is 150-200 rub. or $2.30-3 – Russia Beyond].

My German father thought that business in Russia was still done like in the nineties. He even asked me if a krysha (“roof”) had paid a visit to my cafe [in the 1990s, kryshas were mafia-style organizations that took protection money to guard fledgling businesses from rival groups]. But that was then. Today, instead of a krysha, we employ an official security firm. 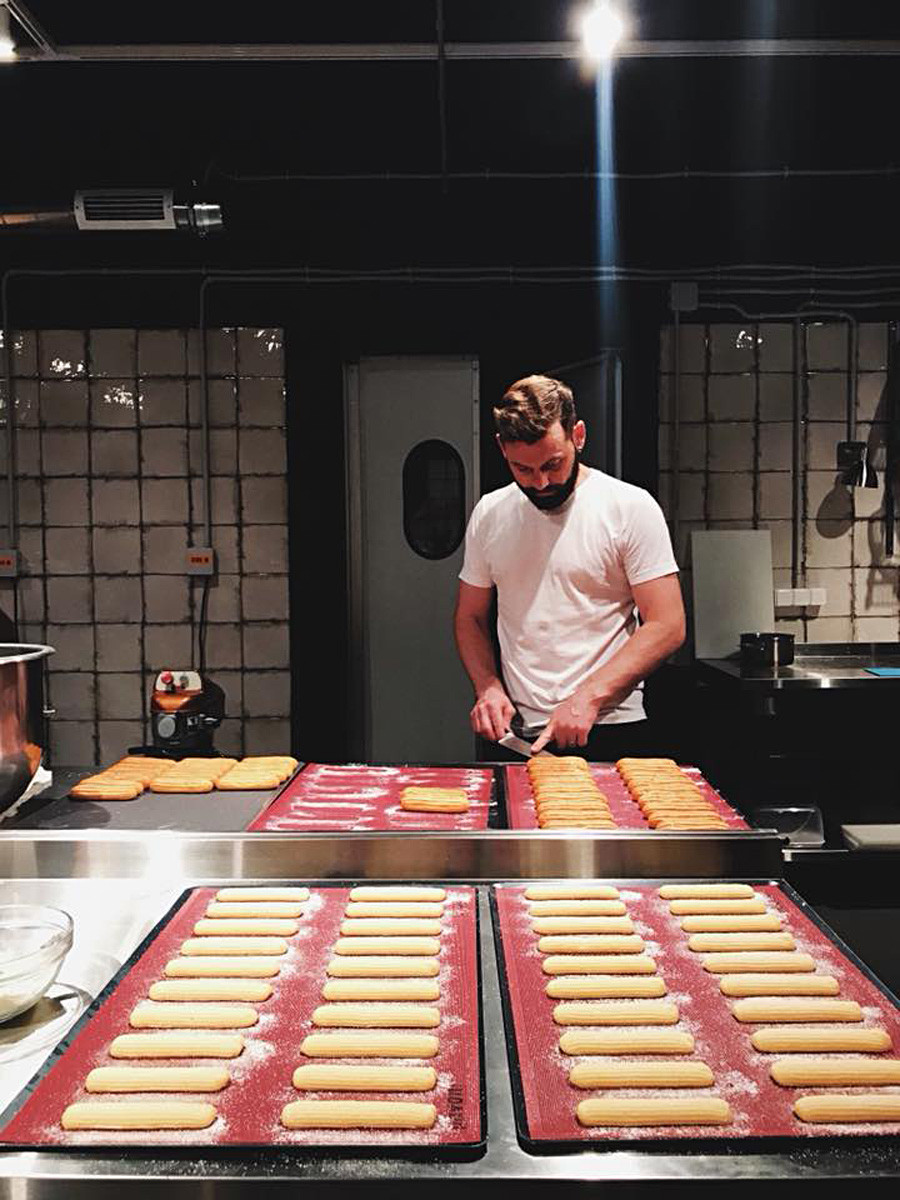 I’m so busy with work that I have little time for socializing in Moscow. I get on well with Sasha’s friends, but she too has little contact with them, since we are both incredibly busy. I’ve signed up to join a fight club though, so who knows, maybe I’ll find some friends there.

Sasha’s brought so much positivity into my life: I’ve become chattier and even started giving interviews. She literally shook me up and made me more open. That said, I do generally think that Russians are more closed than Germans. If you ask a stranger for help in Moscow, they’ll probably get suspicious and think you want to rob or cheat them. It’s not like that in Munich.

There are huge differences between Russian and German women. For a start, I think Russian girls are way more beautiful, so maybe that’s why I fell for Sasha right away, although I didn’t immediately realize she was Russian – we spoke English to each other for the first half hour back in the bar. The second big difference is, of course, mentality. 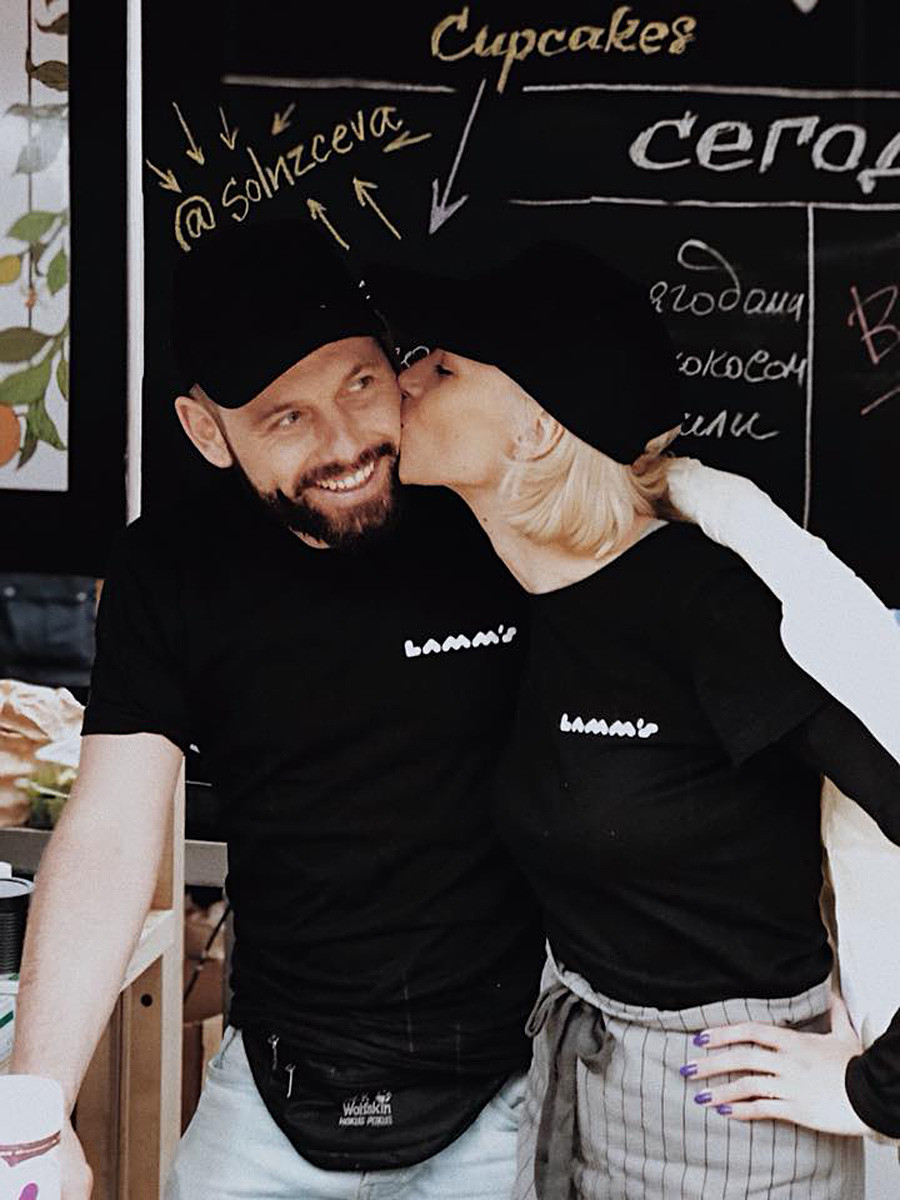 I can’t even imagine a German woman as my wife and the mother of my children. The way I see it, full-blooded German women are a bit of a challenge for men. Men still want to be the head of the family. But German women [behave] like men. I don’t want to offend anyone (there are plenty of women like that in Moscow too), but I have this traditional notion of ​​what a lady should be like, and Russian women tick this box far more often. I was able to protect Sasha when she needed help, but a German woman would probably have smashed a bottle over that guy’s head – I’m exaggerating, of course [laughs].

I can imagine our children growing up in Russia, and us having a dacha here. But I don’t set any boundaries, and Sasha supports me in this. Now we’re investing all our time and money in the business, but also doing everything to have a freer schedule in future and a chance to see the world. But in any case, we’ll always return to Lamm’s.

The Russian winter never scared me, even as a child. And in Germany, I loved mountain skiing. That said, the first winter here caught me off guard by the sheer amount of snow. I had to spend ages cleaning the car every morning. If you’re cold, though, it just means you’re not dressed properly.

I love living in central Moscow, although the capital is obviously very different from the rest of Russia, where many people earn very little and can’t go anywhere – makes you sad to think about it. I dream about somehow fixing the situation in future, making life better. But for that, we need to start with ourselves, and Lamm’s. I believe we’ve already taken a small step. 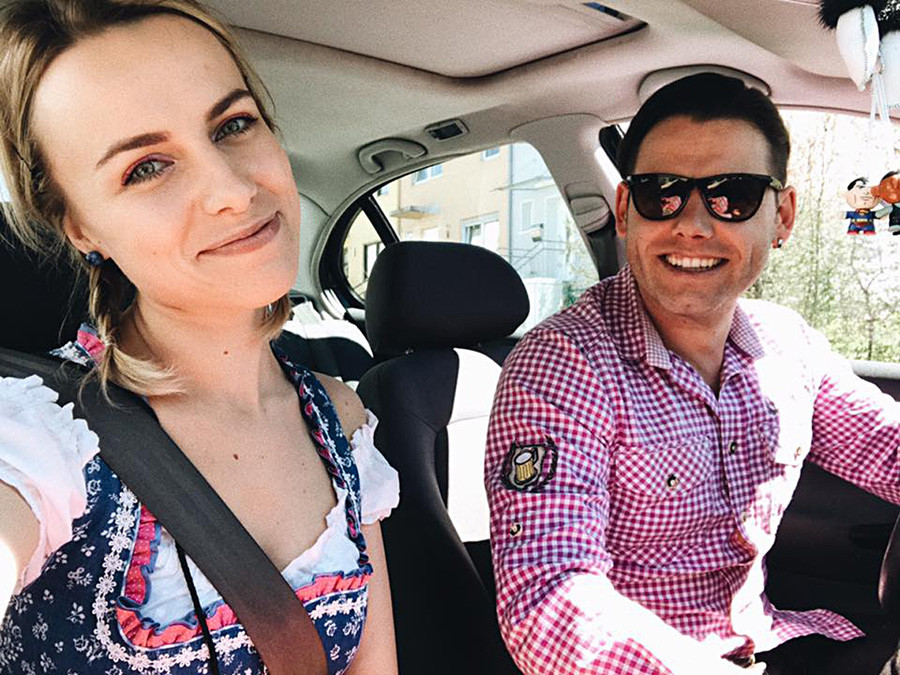 It took me a long time to get used to driving in Moscow. You don’t find such crazy drivers and bad roads in Munich. Without audio books, I’d go mad in the Moscow traffic jams. On the plus side, if you learn to drive in Moscow, you won’t fear driving anywhere else.

At first, Sasha took me to fashionable places to impress and amaze me, but it wasn’t really my scene. I wanted something more Russian, so she took me to a very atmospheric, proper Soviet-style snack bar. It was so cool there. I spent my time eyeballing everything – people were drinking vodka at high bar tables, eating chebureks (mutton pies). And then a guy appeared, banged his fist on the table, and said: “Poems.” And he began to recite poetry! I had a feeling that Sasha had set the whole thing up, but no, it was all real.

We went to all the standard Russian cafes and restaurants later: Varenichnaya, Grabli, Taras Bulba (which serves Ukrainian cuisine, but that’s very similar to Russian). I really like Teremok. I took Sasha to places where she’d either never been or only been as a student. When foreign friends visit me, I take them to such places as well – and they really like it. 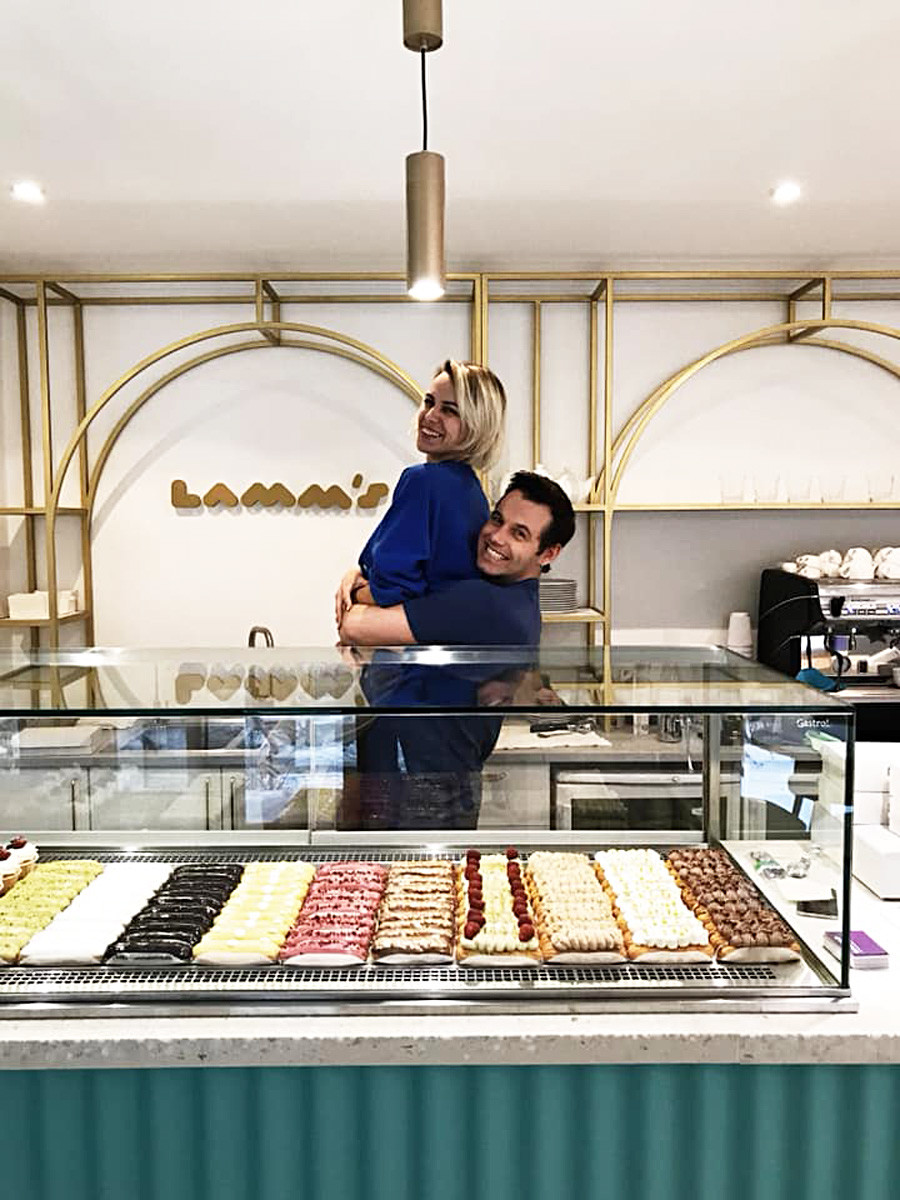 I love nature, pristine places unscarred by humans – and in Russia there are many. Sasha and I went camping on the Kola Peninsula (in the far northwest of Russia). For Sasha it was a novelty, but I adore it and relished the wildlife. I was just like, wow! In Murmansk, it was like going back to the 90s. We went to this canteen where workers were having lunch, it was like some kind of history excursion. I’d love to go to Altai and Tyumentsevo, to show Sasha where I was born. And Baikal, of course, not to mention St Petersburg and Vladivostok – these places seem fascinating to me.

“Willi taught me not to be afraid of anything, period. It sounds trite, but the ‘brick wall’ that protected me at our first meeting grows stronger year on year. With him, everything became easier – he softens my perfectionism, his motto is keep going no matter what. He loves books and movies where the main character is an underdog, written off by everyone, yet who climbs the ladder and succeeds in the end. I see that can-do attitude in Willi every single day.”

Food in Russia restaurants How Russians changed my life