Do Russians ever call their country ‘Mother Russia’? 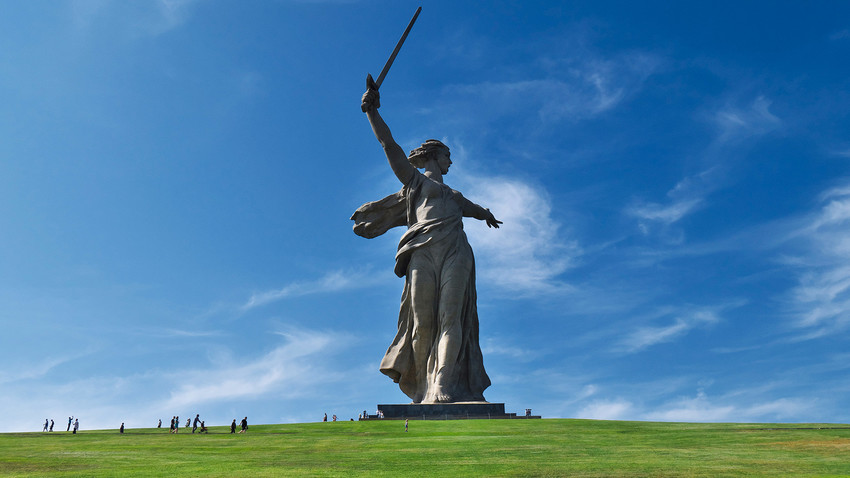 Sergey Smirnov/Global Look Press
As a matter of fact, we don’t – but historically, the symbol of Russia as a maternal figure is very important.

What do you imagine when you hear the words ‘Mother Russia’? Vast fields and wild forests? Military power? Somewhat grim men and beautiful women? Red flags waving over marching soldiers? Perhaps some vodka or lots of snow…? Yeah, right. Such imagery, though very popular, is full of cultural clichés. Just like portraying France with everyone wearing berets, eating baguettes sophisticatedly, drinking wine and sleeping around all the time!

The thing is, the very name ‘Mother Russia’ is a cultural cliché itself, and usually only used by foreigners. And while it’s okay to mention ‘Mother Russia’ while speaking English – Russians will certainly understand the expression – direct analogs in Russian will sound strange to our ears.

The closest expression possible, which would literally mean ‘Mother Russia’, would be ‘Matushka Rossiya’ – but if you use it, you will sound like a 19th-century bearded patriot from the Russian Empire, who lived under the reign of several Romanovs and probably even met Dostoevsky and Tolstoy in person. No one ever says that, unless being ironic (and even in this case that’s strange and not very funny). Save yourself the embarrassment, don’t say it!

So what words do we use instead while talking about our country in a patriotic way, emphasizing that it’s not just Russia, but that it’s our native land where our ancestors are from and buried? You can say ‘rodina’ (a word originated from ‘rod’, ‘family’ in old Russian) – it’s the most appropriate and common word, which translates to ‘homeland’. The other analogue is ‘otechestvo’, which literally means ‘fatherland’, ‘land of our fathers’ – a bit highbrow, but also okay. But never ‘Mother Russia’! 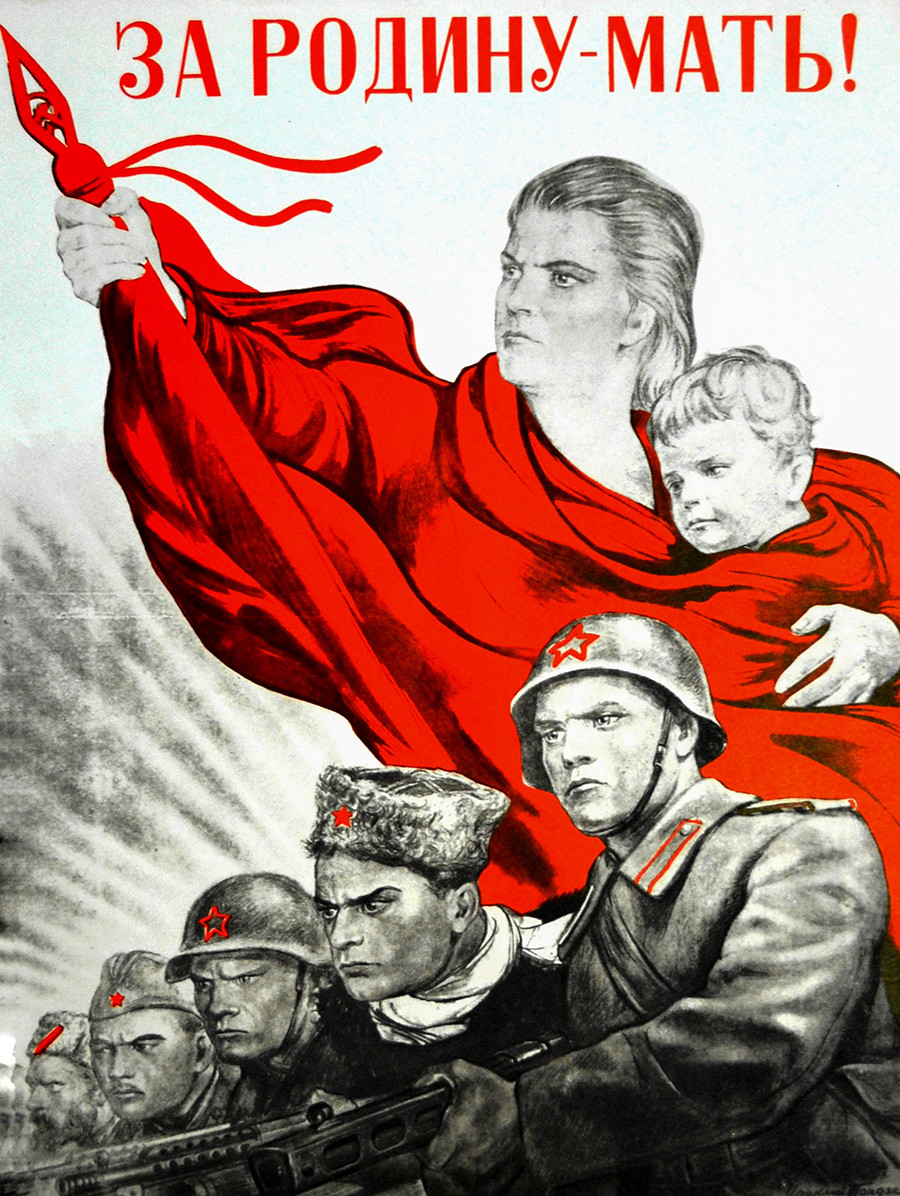 Nevertheless, all of the above doesn’t mean that the concept of Russia as a Mother doesn’t exist – it’s only about the particular word usage. Historically, the personification of one’s homeland as a maternal or paternal figure always was important – not only in Russia.

“Mythological ideas of the native soil as an origin of birth, as a source of fertility and abundance, are popular amongst numerous nations,” writes Professor Oleg Riabov from St. Petersburg State University, author of several works on symbols in politics. As for Russia, Riabov emphasizes that portraying the country as a Mother was especially important to this country from the 18th-19th centuries, due to its political disagreements (and wars) with the West.

As the West was seen as rational, pragmatic, proud and secular, the Russian state positioned the homeland as loving, unselfish, humble and religious – which was ideally personalized in the image of a Russian woman/mother, Riabov explains. That concept proved itself to be sustainable and inspiring. For instance, the symbolic figure of the Motherland as a woman calling for its children to protect her was of great importance during WWII. 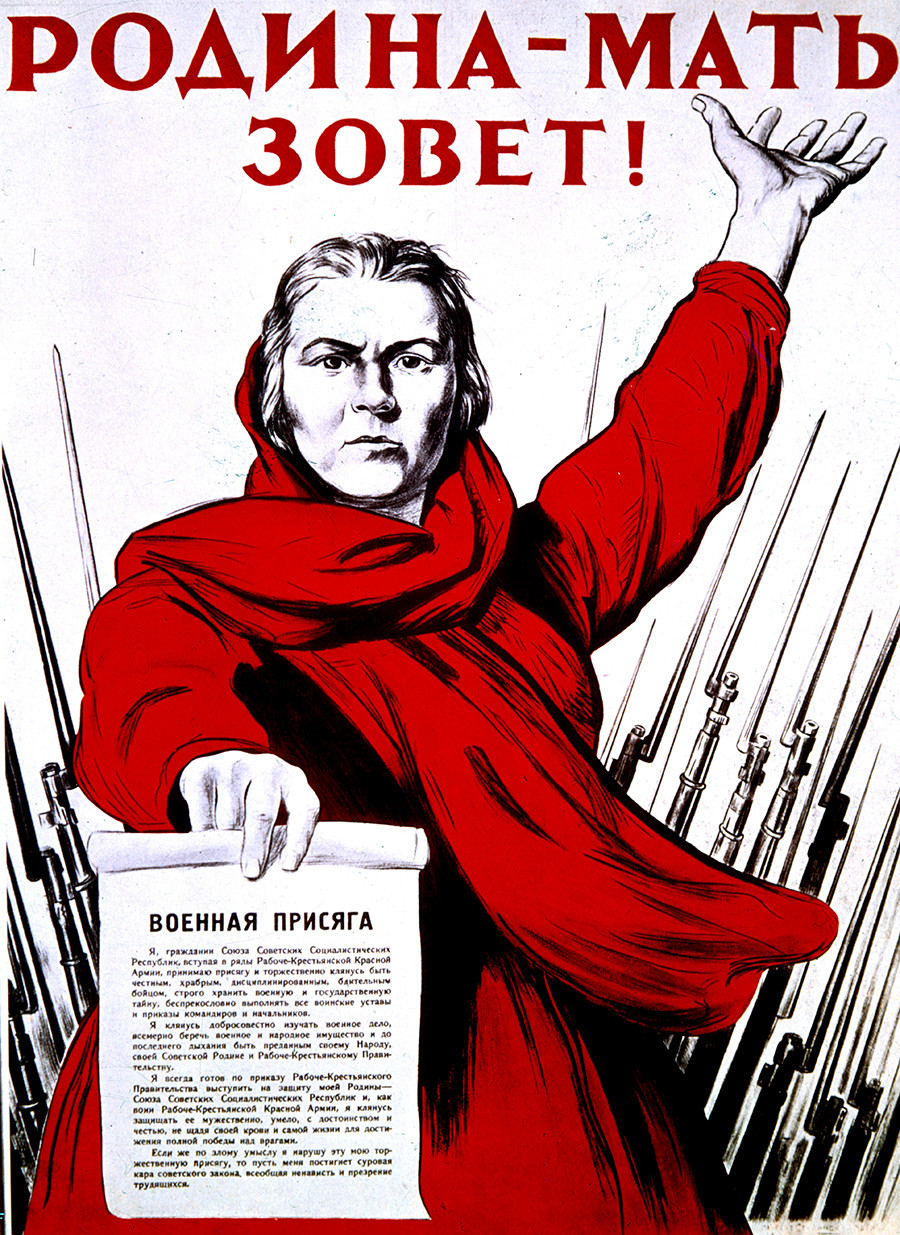 Just look at the famous The Motherland Calls monument in Volgograd (known as Stalingrad during the USSR, where one of the most intense battles of WWII was fought and Germans suffered the defeat that stopped their advance eastward). The woman with a raised sword calling on her people to fight the invader surely is a great patriotic symbol. But again, no one called her ‘Mother Russia’ – just ‘Motherland’.