How German soldiers marched through Moscow during WWII 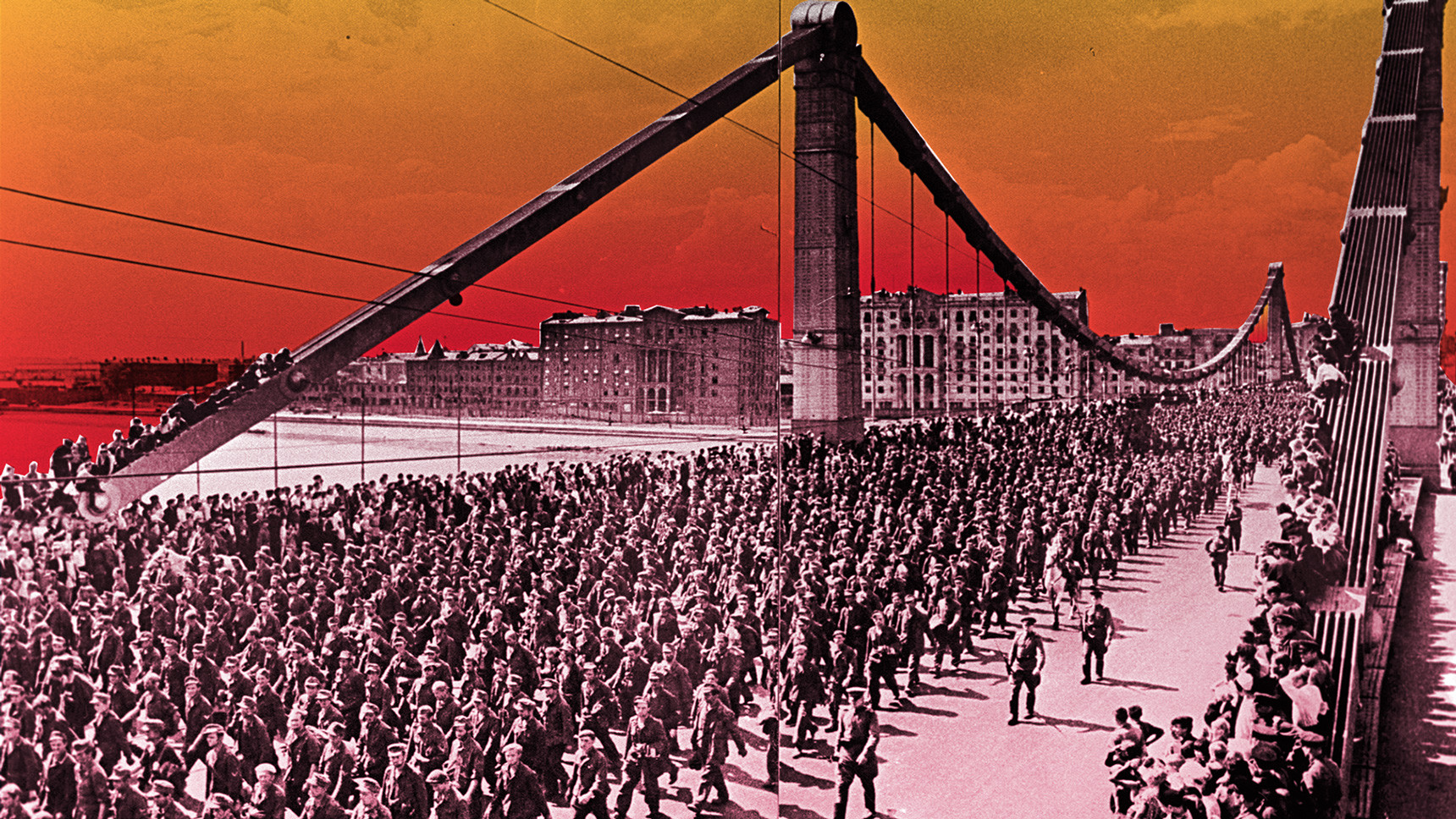 Samaryi Guraryi/Sputnik
The Nazis’ dream of marching through Moscow did in fact come true, but not in the way that they had imagined. Almost 60,000 Wehrmacht prisoners-of-war took part in the so-called “Parade of the vanquished” on the streets of the Soviet capital.

In summer 1944, the Red Army inflicted the most catastrophic defeat on the Germans in their history. As a result of the offensive in Belarus, known as Operation Bagration, the Wehrmacht units and SS troops lost up to half a million soldiers, and Army Group Center, one of the formations tasked with invading the Soviet lands, simply ceased to exist. 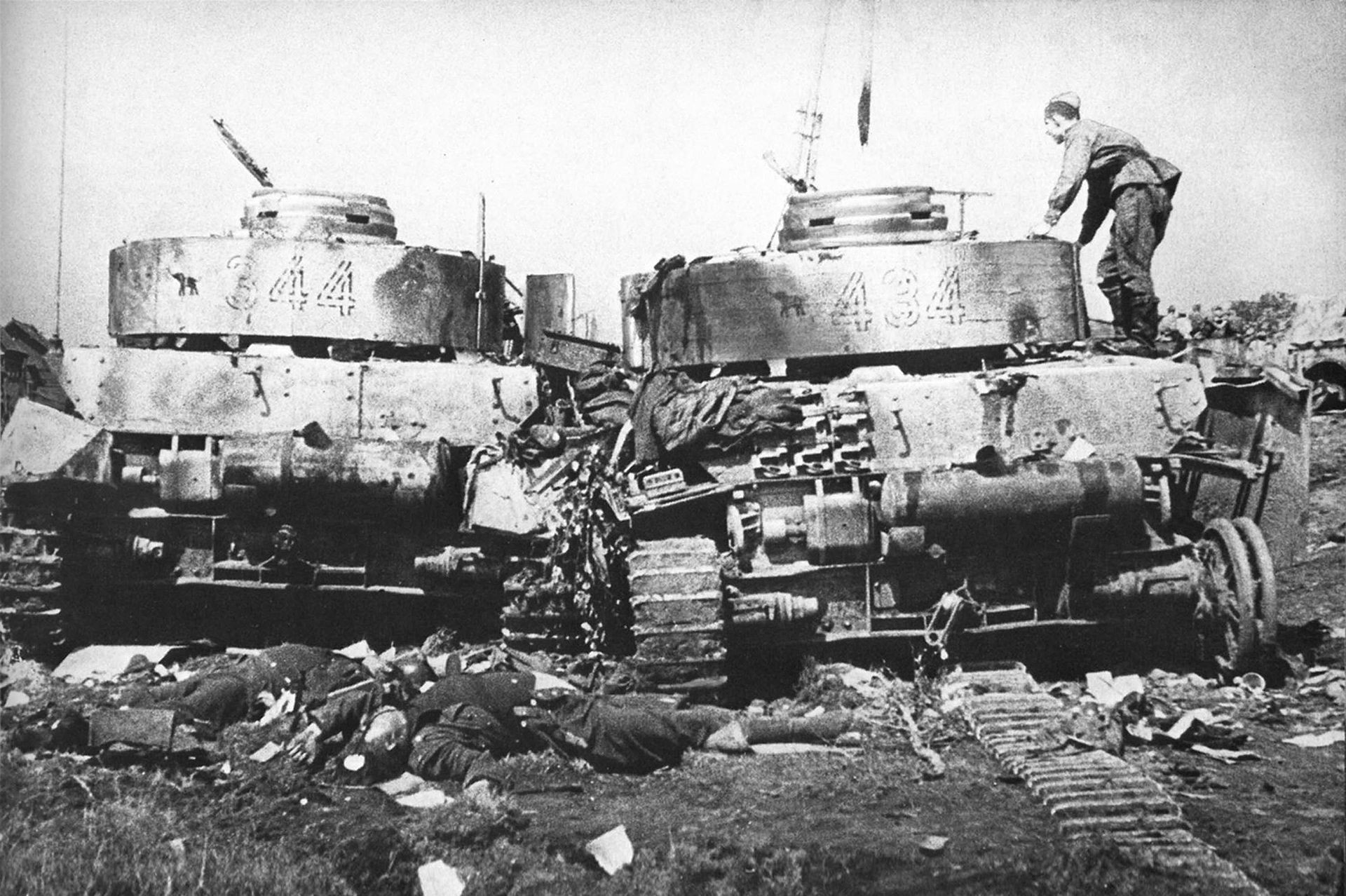 Such success was worth celebrating and, although Bagration was not over, the Kremlin decided to hold an official parade in Moscow, but centered on the vanquished, not the victors. 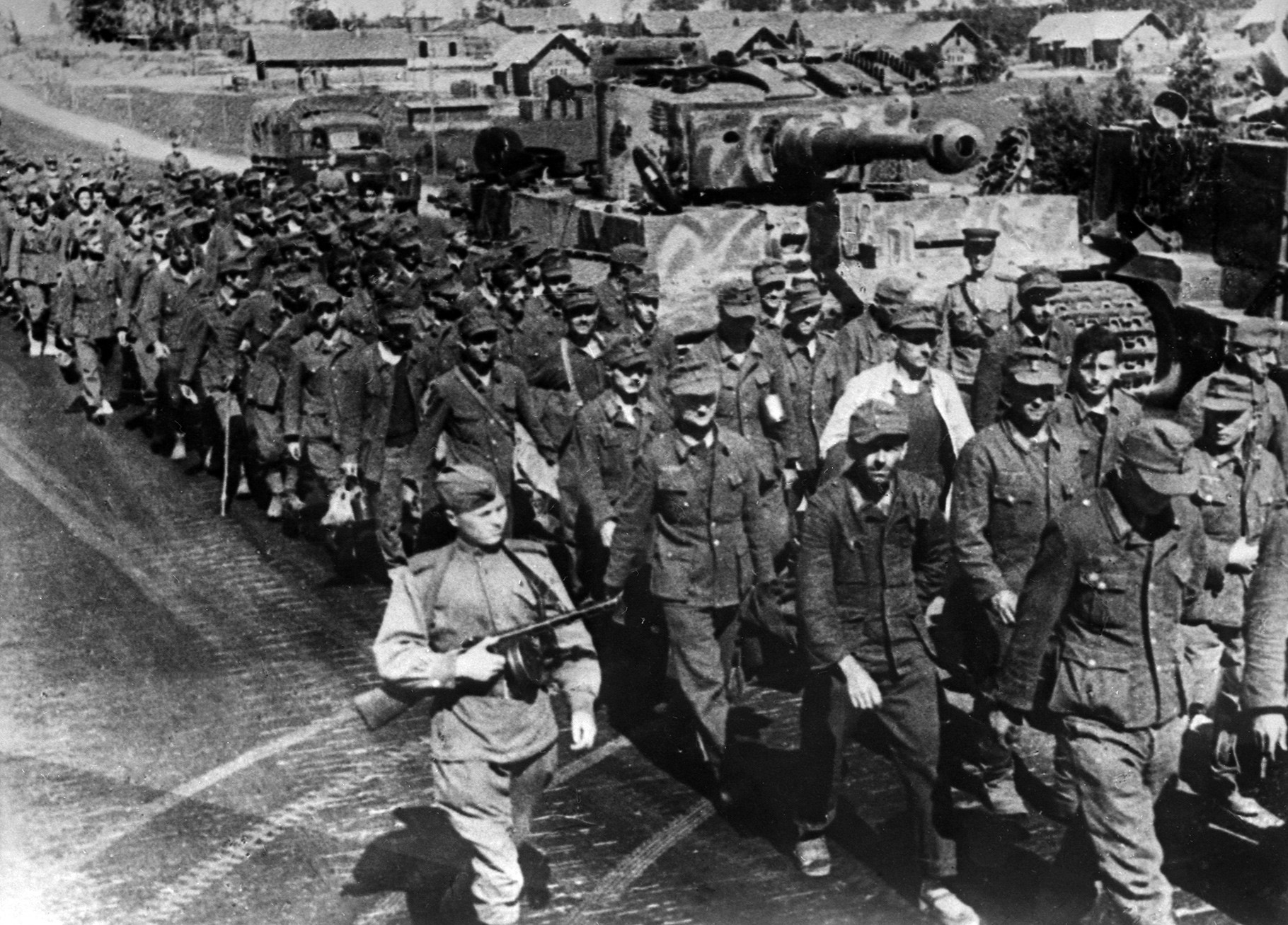 The operation to deliver German prisoners-of-war to Moscow and hold the parade was named in honor of the 1938 U.S. musical film The Great Waltz, which was very popular in the Soviet Union. After all, the parade was intended not only to hearten the Soviet people, but to demonstrate to the Allies (and the world) the scale of the Red Army’s achievements. 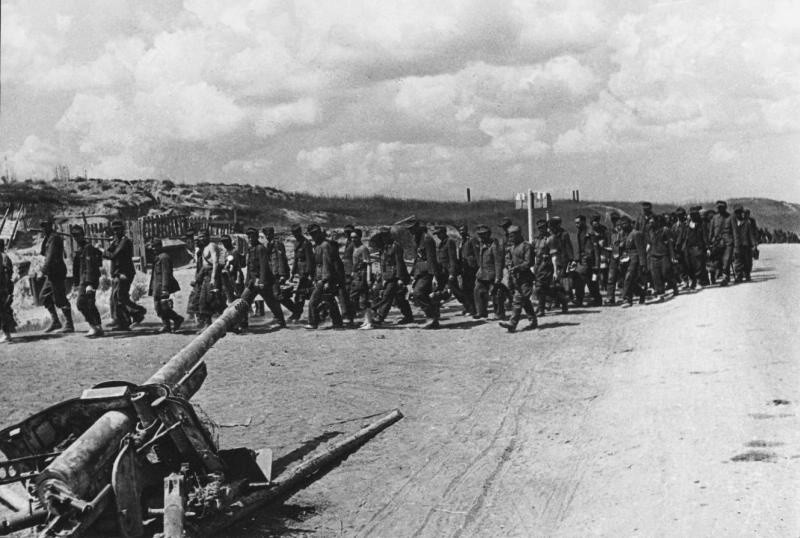 Of the swarming mass of captive soldiers, 57,000 of the most robust were selected, capable of withstanding the multi-kilometer procession. To make doubly sure, they were well fed. However, they were not allowed to wash – in Muscovite eyes, the Germans had to appear in wretched condition. 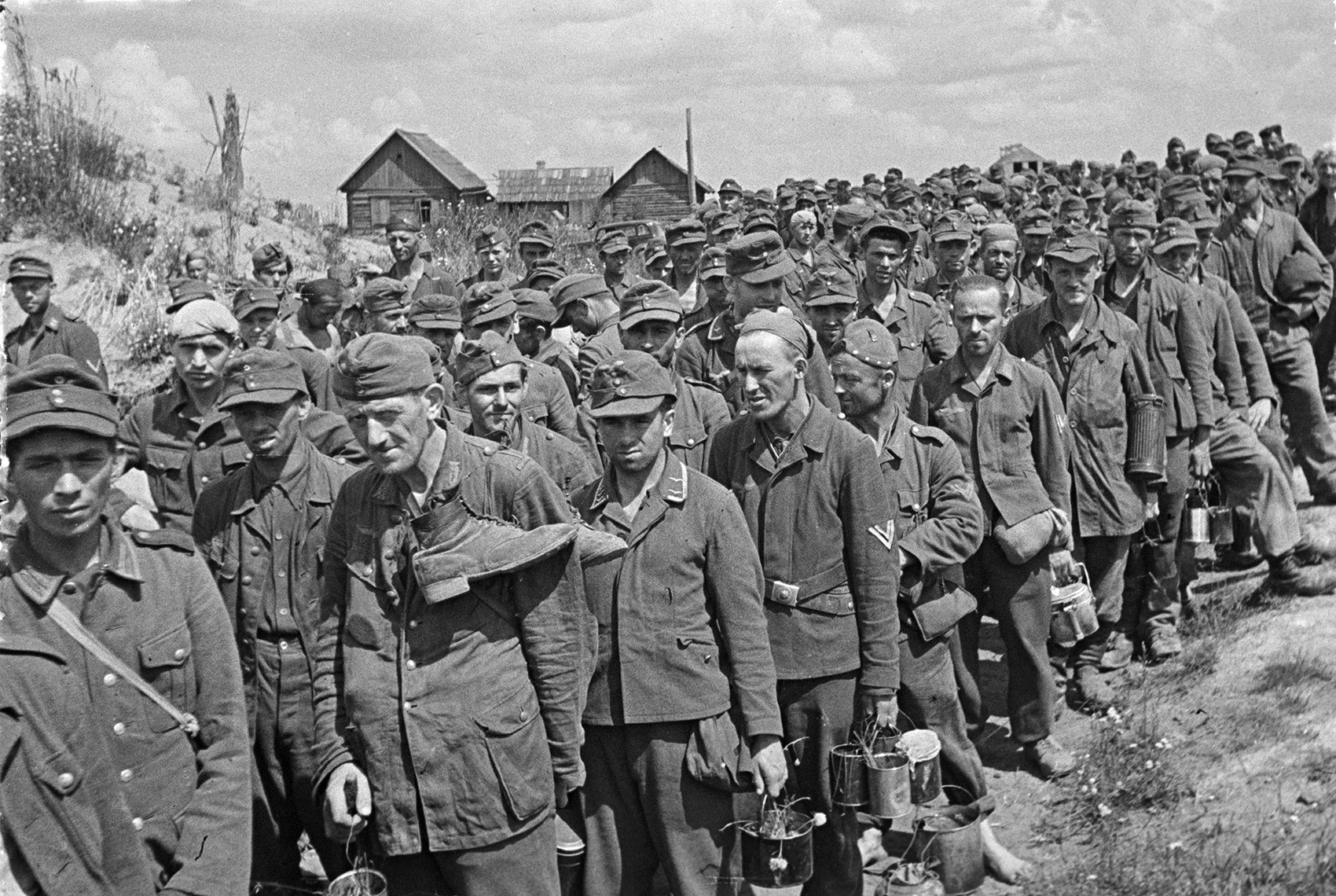 Starting on July 14, trainloads of German prisoners began arriving in Moscow. It was decided to accommodate them at Dynamo Stadium and the Moscow Hippodrome. The operation was carried out in secrecy, even many military and party officials had no clue about it. 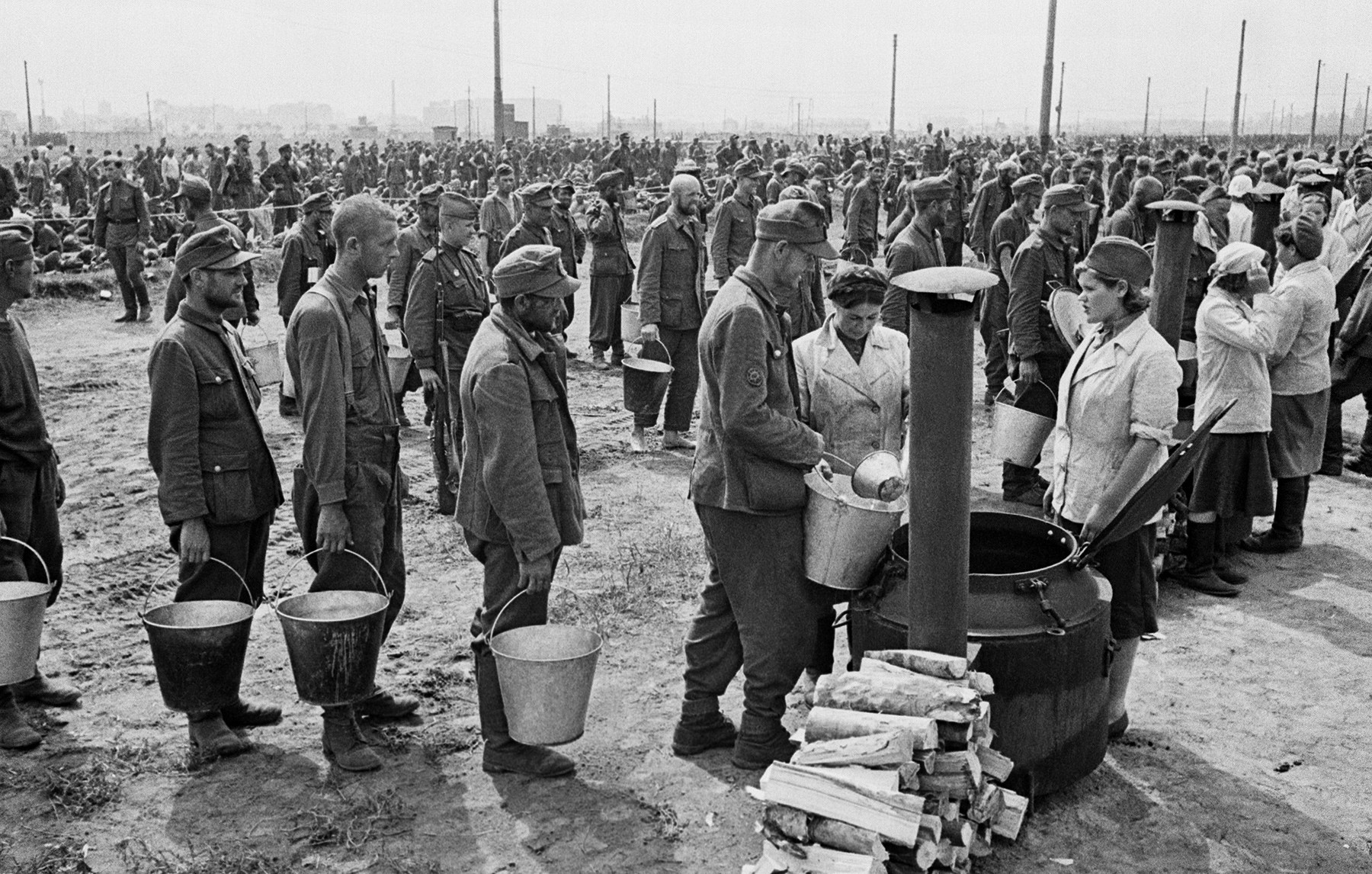 The people of Moscow were informed about the upcoming procession in the early morning of July 17 by radio. Crowds soon gathered and were presented with the sight of German prisoners marching in large columns of 600 men, 20 per row. 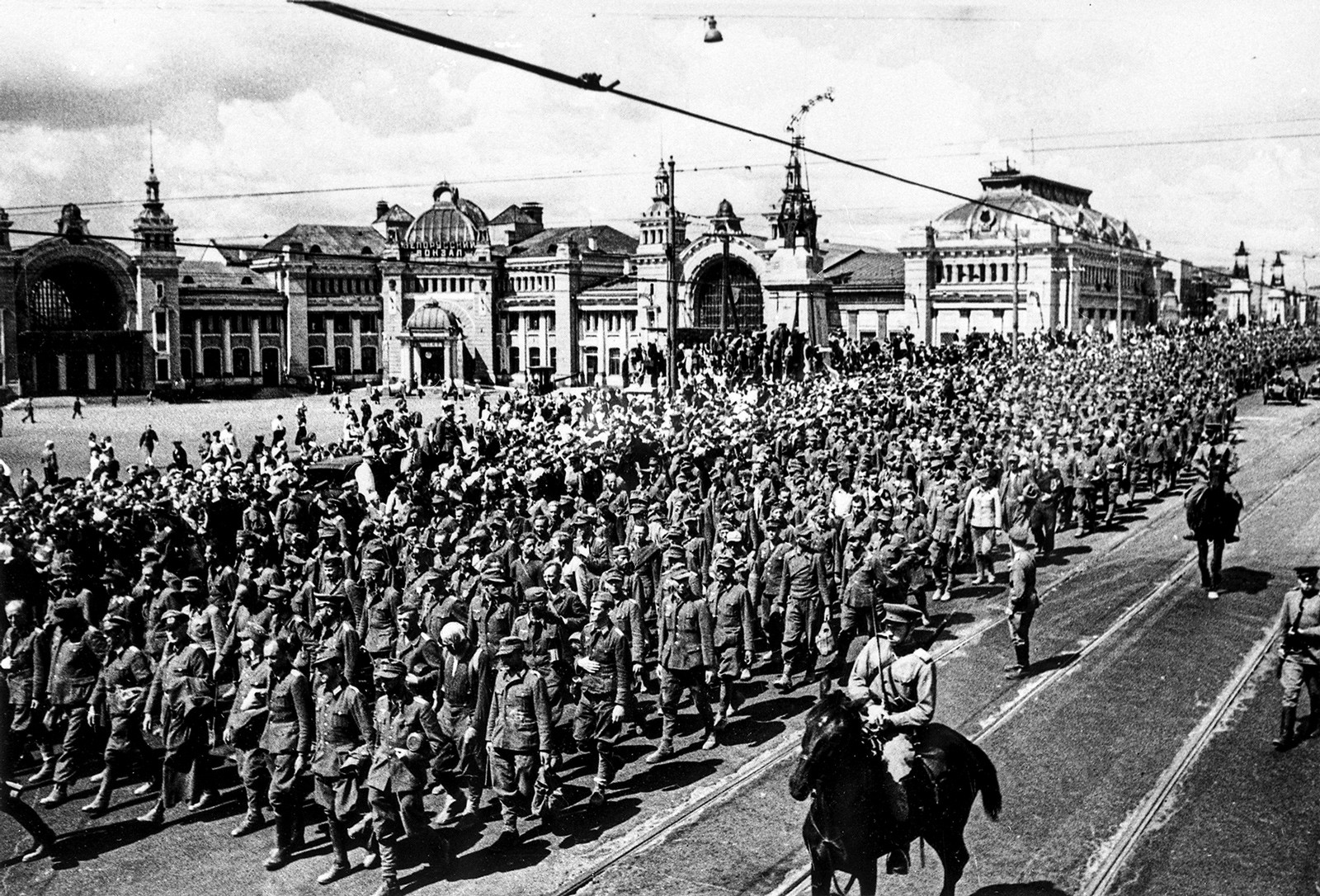 At the head of the march were 19 generals and six colonels, in full uniform, bedecked with medals. They were followed by more than 1,000 officers, and a host of ordinary infantry. There was no special fanfare for the latter – they marched in the clothes in which they had been captured. 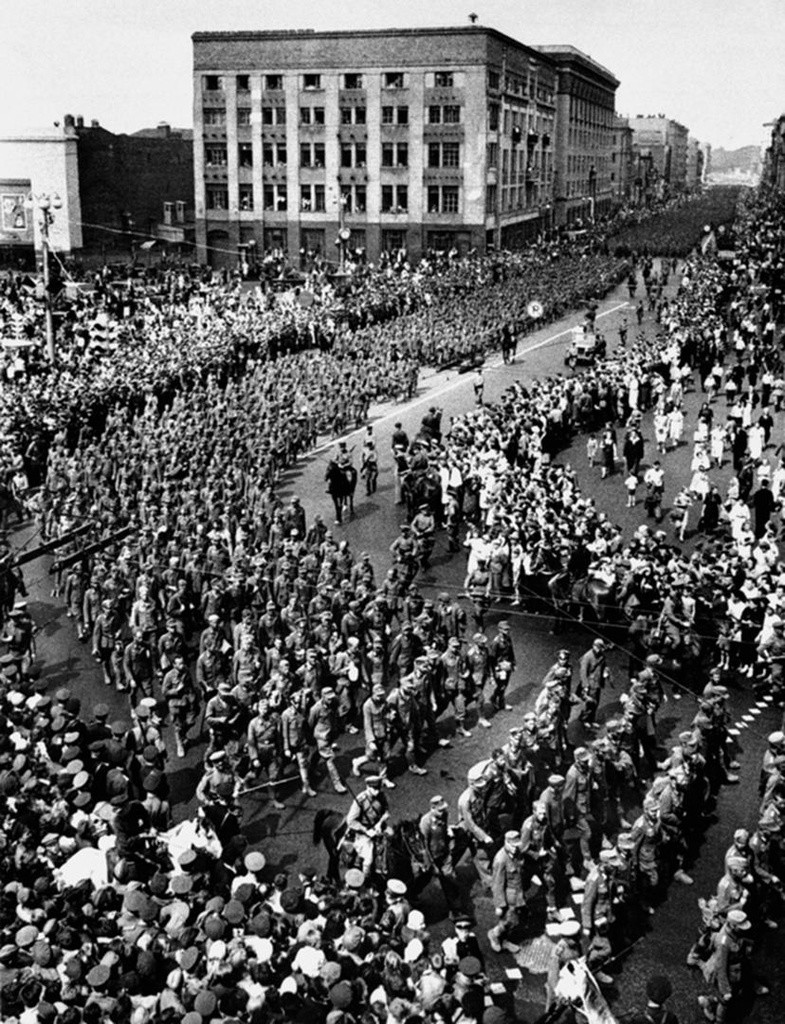 It was intentionally made to look as if the whole mass of captives was guarded only by a handful of Soviet soldiers and cavalrymen with sabers bared. But in fact, tens of thousands of Red Army soldiers and about 12,000 NKVD officers were on hand to ensure the security of "Operation Great Waltz." 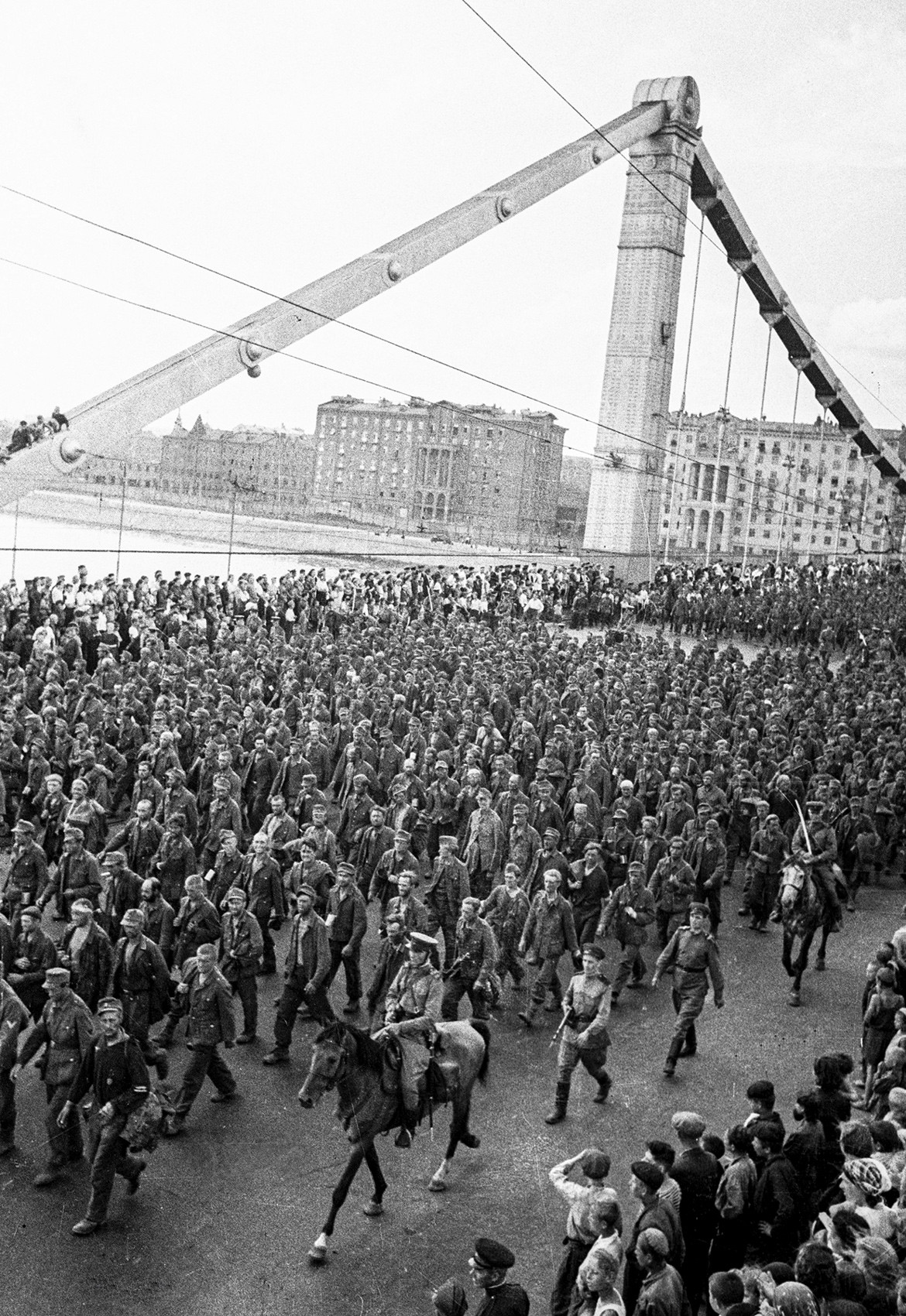 The Muscovite crowd watched the “Parade of the vanquished” in silence. A few curses were aimed at the passing Germans, while any attempt to throw stones was immediately stopped. 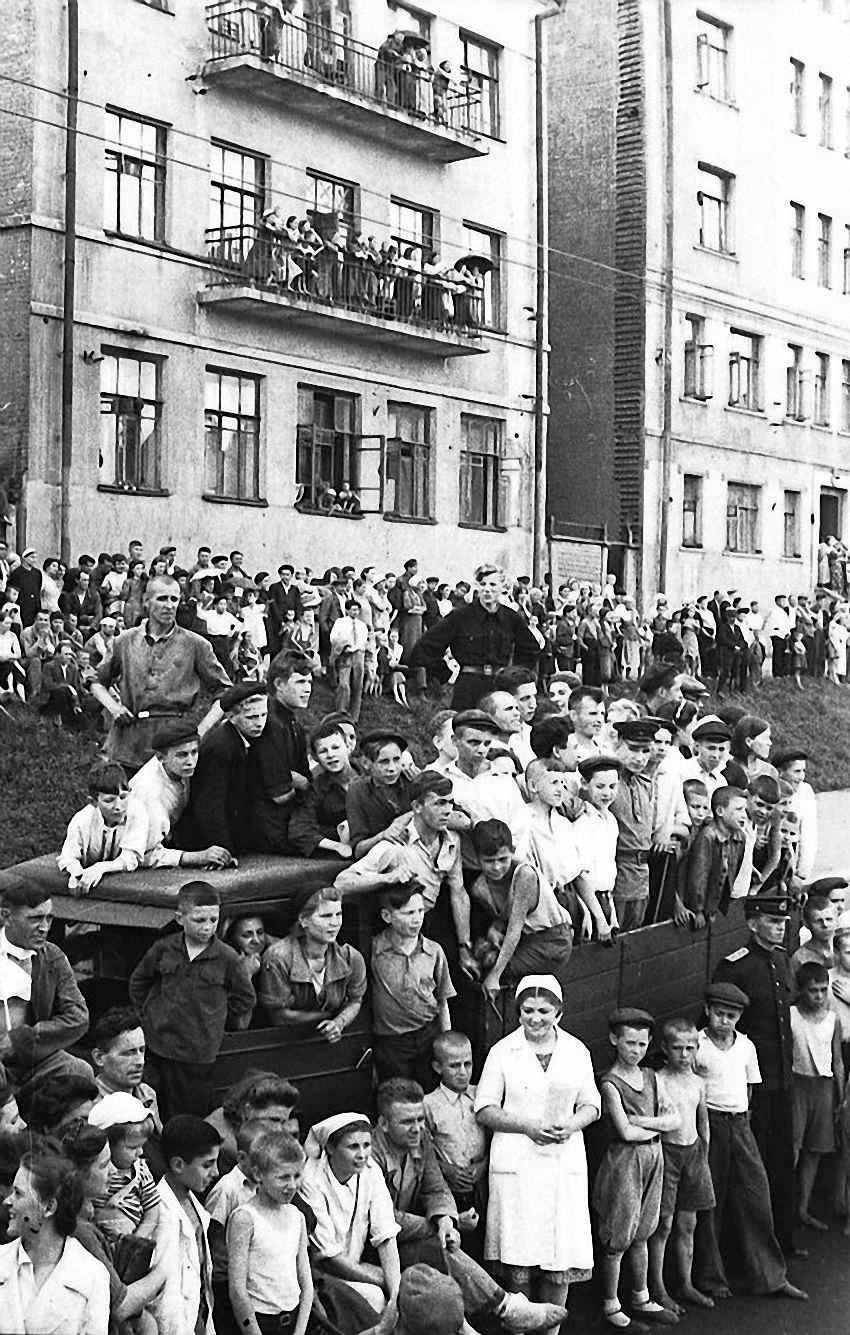 The marching Germans reacted in different ways to the spectacle in which they were unwilling participants. Some glared at the Soviet onlookers with undisguised hatred, while others viewed them with interest. But the majority looked straight head with calm indifference. “I asked myself, do I feel humiliated? Probably not. Worse things happen in war. We were used to carrying out orders, so by walking through the streets of Moscow, we were simply carrying out the orders of our escorts,” recalled Berhard Braun. 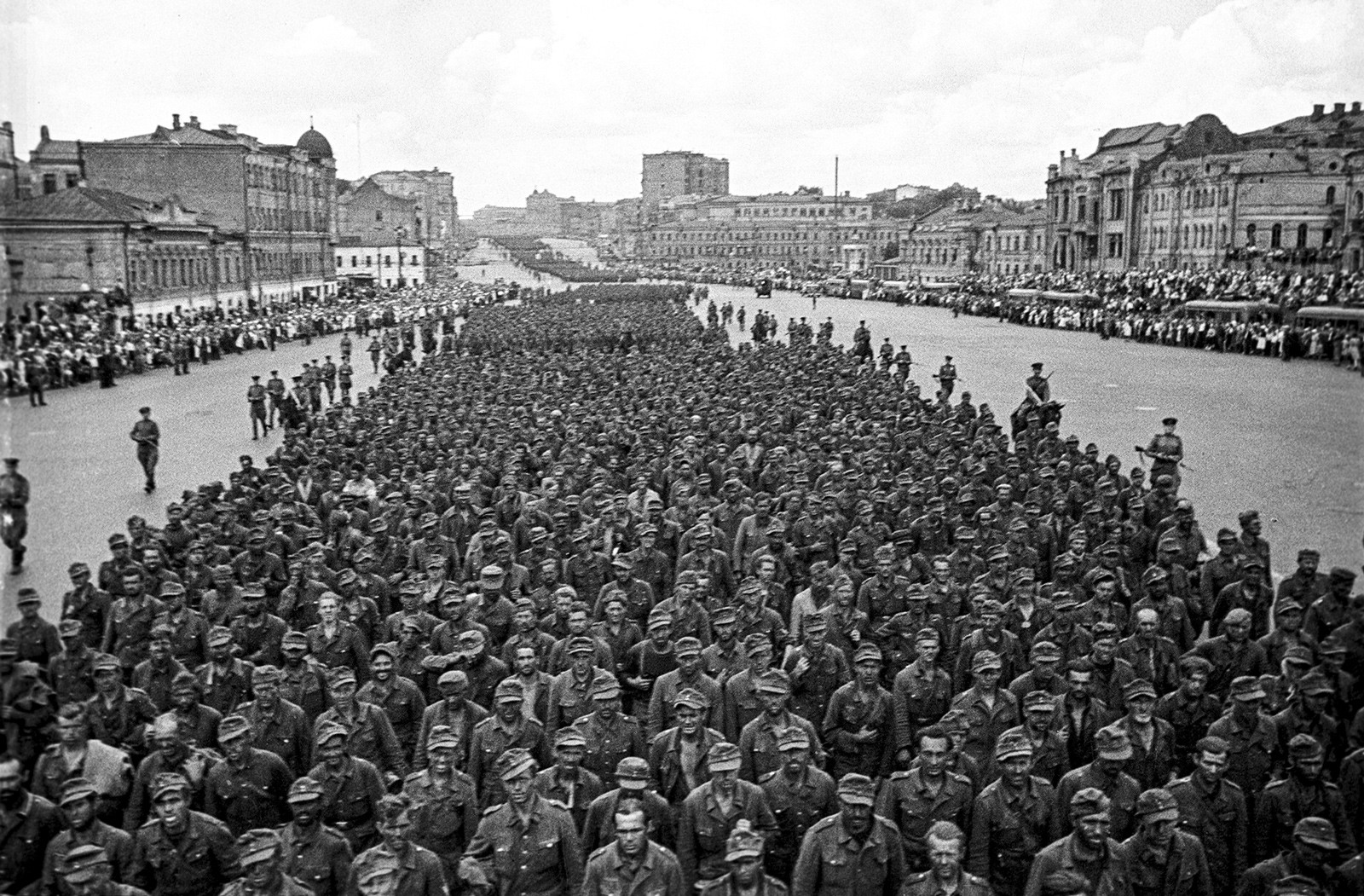 The parade ended with a cleanup. Sprinkler trucks drove down the streets where the German soldiers had marched, symbolically rinsing Moscow of the “dirt.” 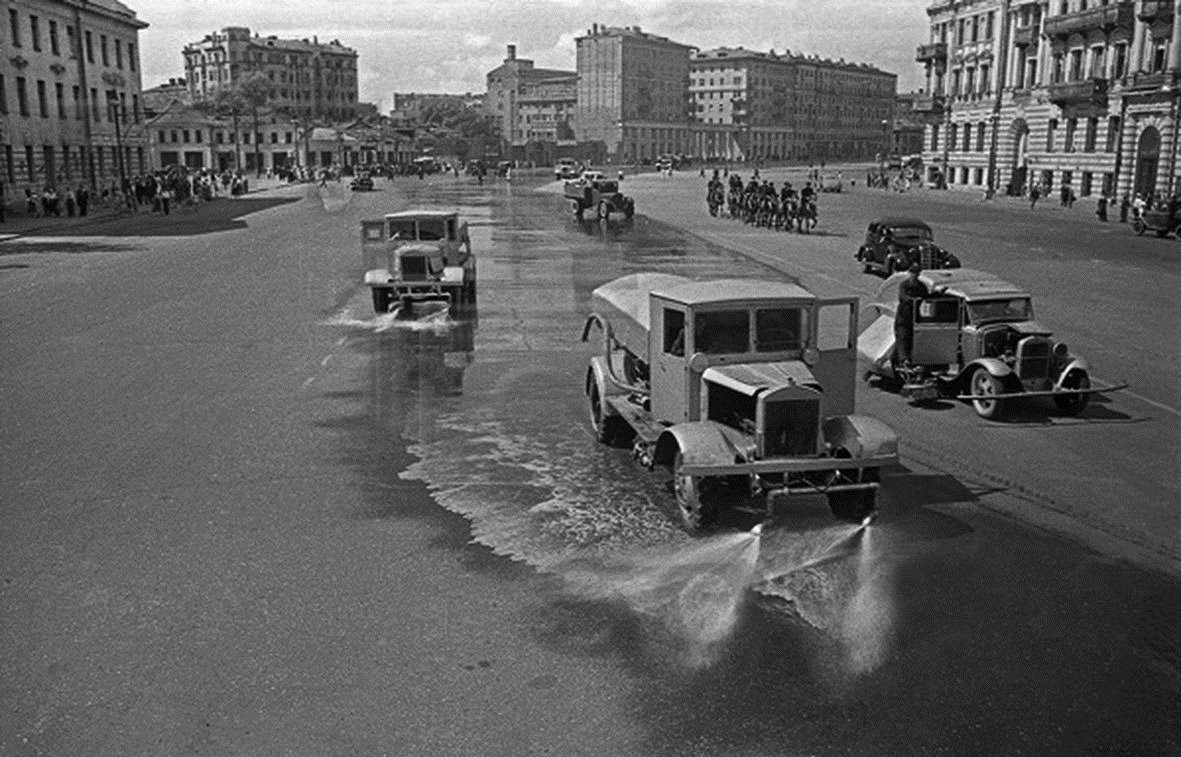 According to some sources, the German command was so enraged by the humiliation of its soldiers in Moscow that it hastily organized its own POW parade in Paris, leading U.S. and British soldiers through the streets of the city. Far smaller in scope than the Moscow parade, it was a weak attempt to demonstrate the waning power of the Third Reich. By this time, the Allies were already preparing to liberate the French capital. 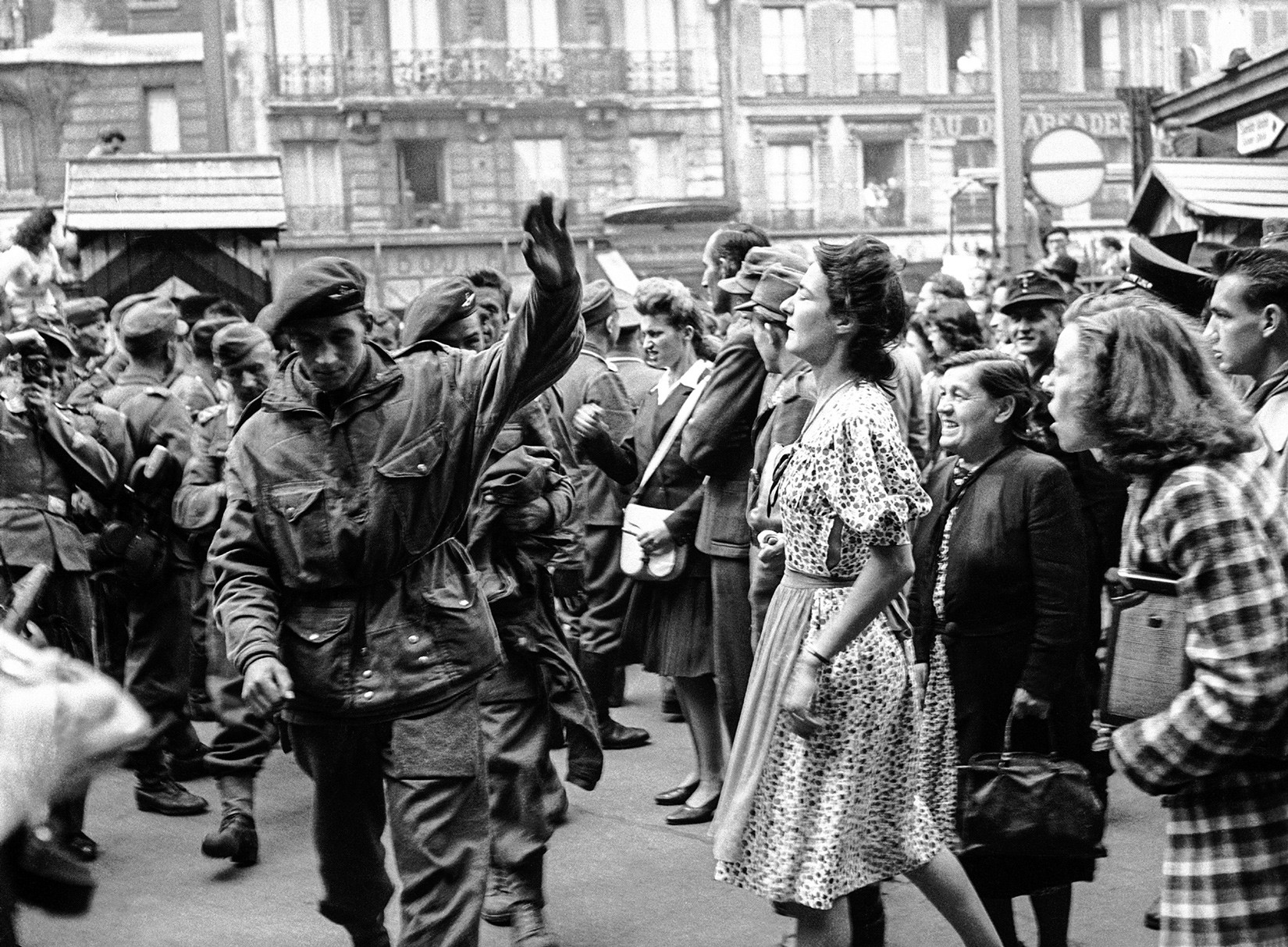