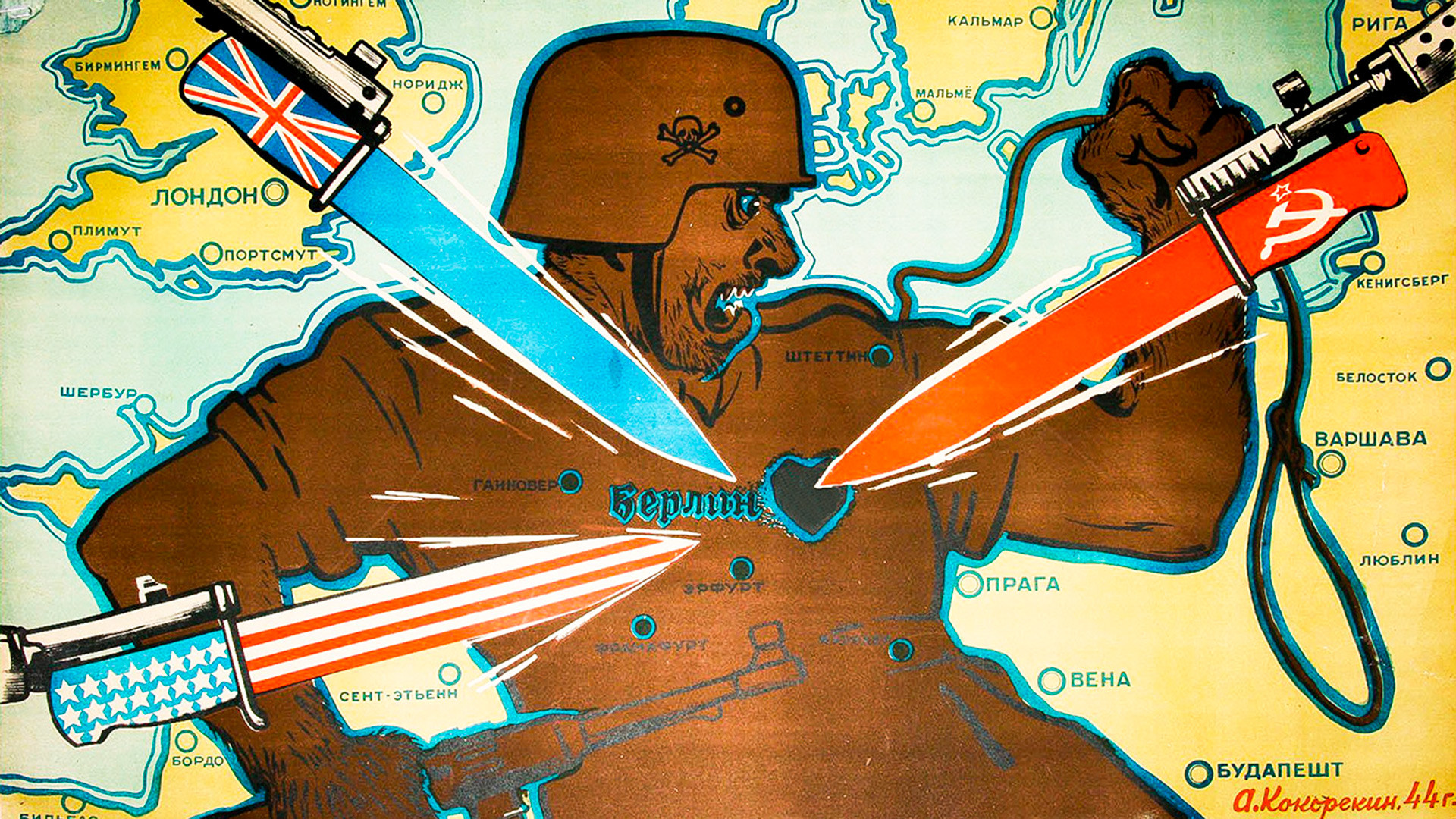 A. Kokorenkin, 1944
Nowadays, Americans and Russians try to minimize and downplay each other’s role during WWII. Until the start of the Cold War, however, the U.S., USSR and UK actively praised the victories of their allies. Every Soviet citizen was well aware of the American-British triumph in North Africa, D-Day and the liberation of Paris.

All hail the united front of the freedom-loving nations against the Fascist invaders! 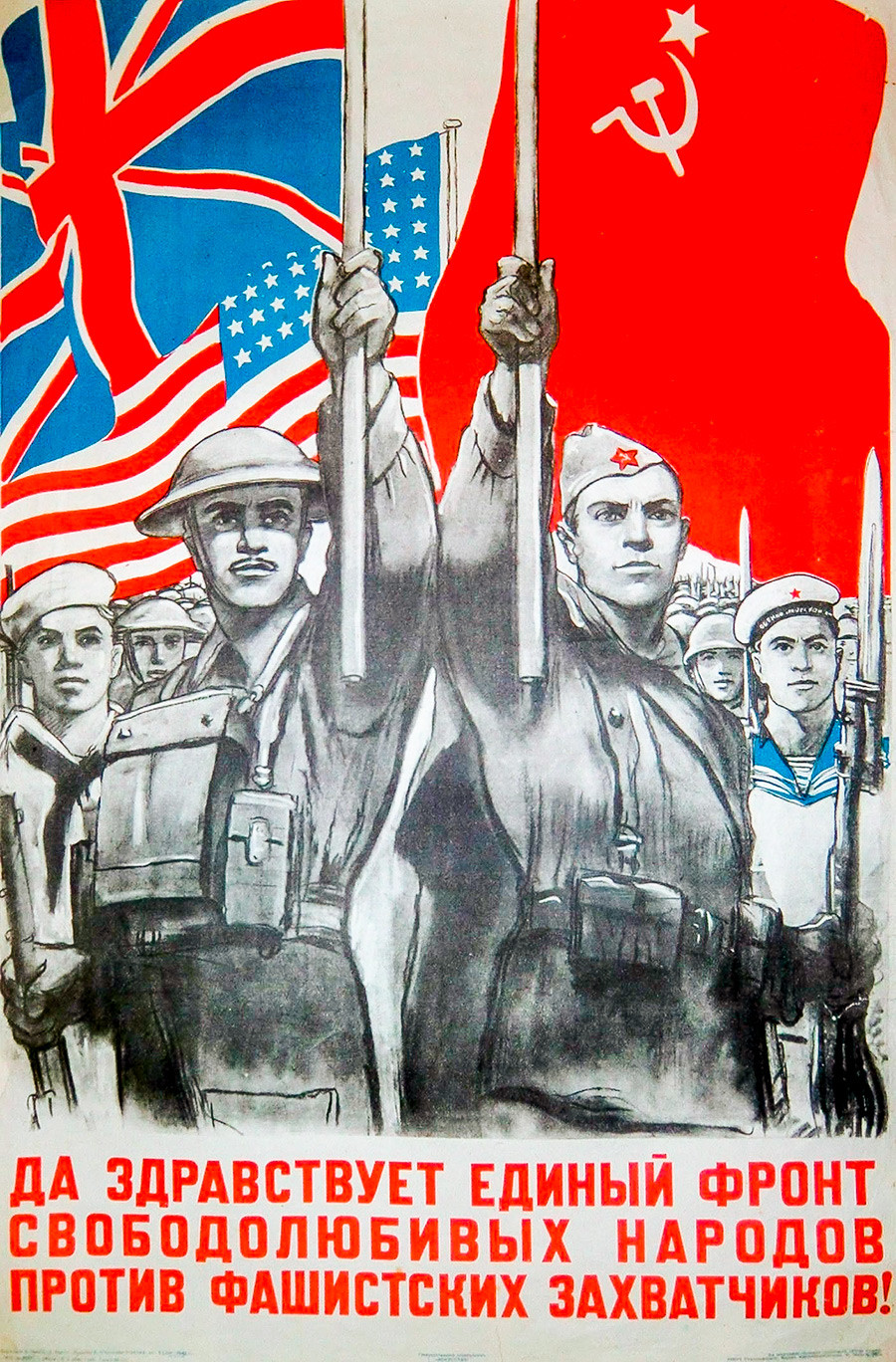 Europe will be free! 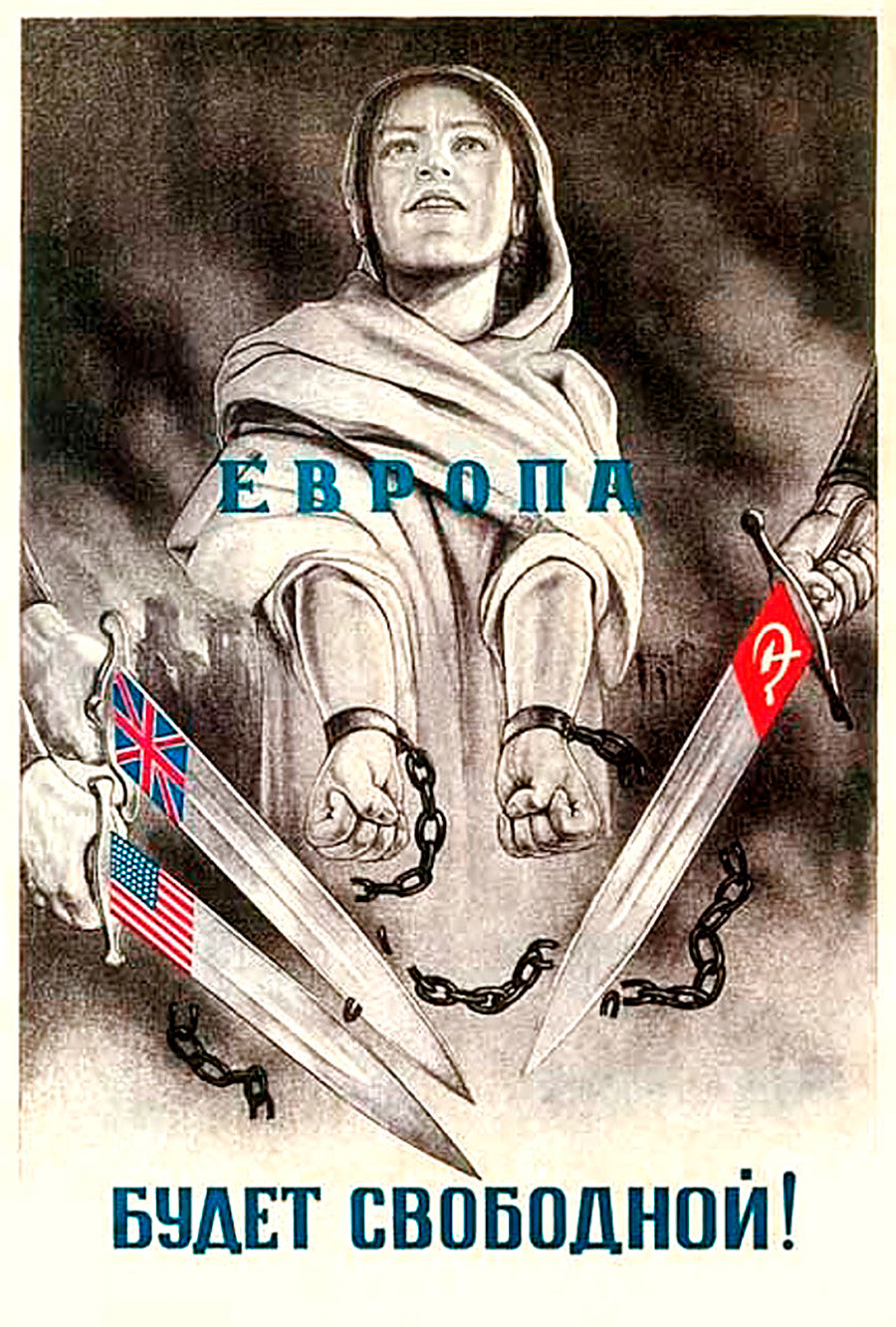 The day of reckoning is near! The Fascist skies are dark, the union of the free nations has strengthened. When the frontlines meet, the murderer will have no place to run. The ax is shaking in his hands, he can smell his own death sentence! 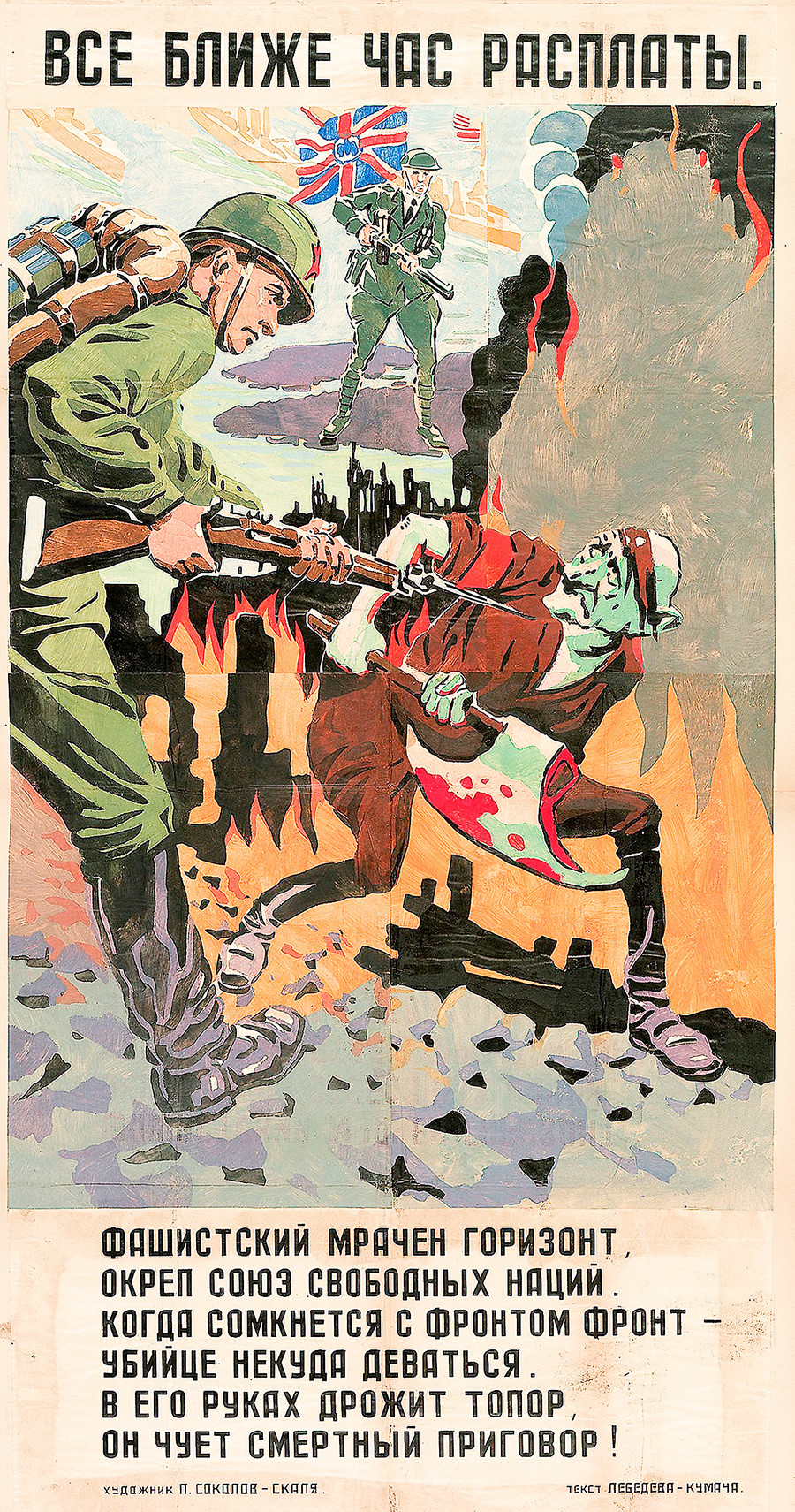 With a united strike! 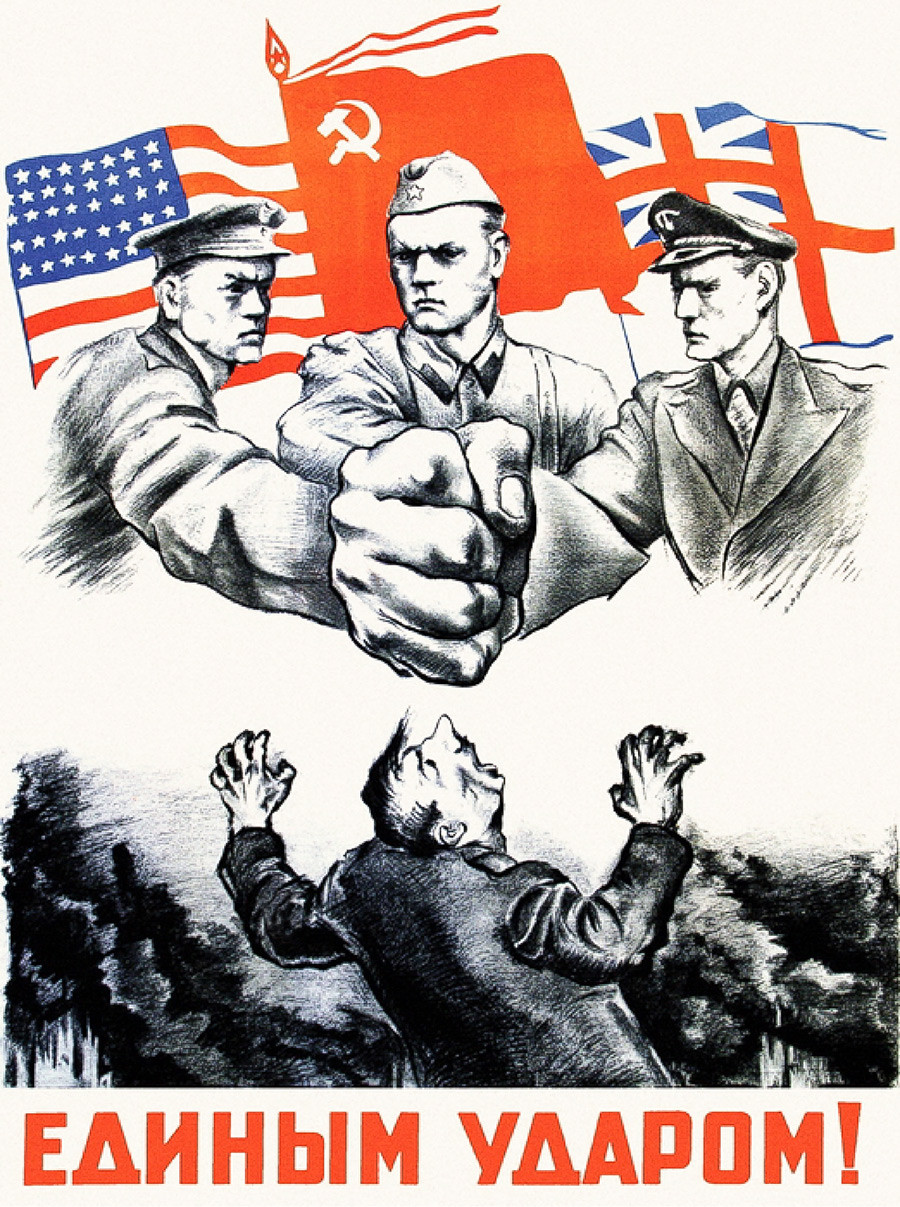 [From Tunis, from Stalingrad] ...for the first time during the war, the Red Army’s strike on the enemy from the east merged with our allies’ strike from the west into a united common strike. 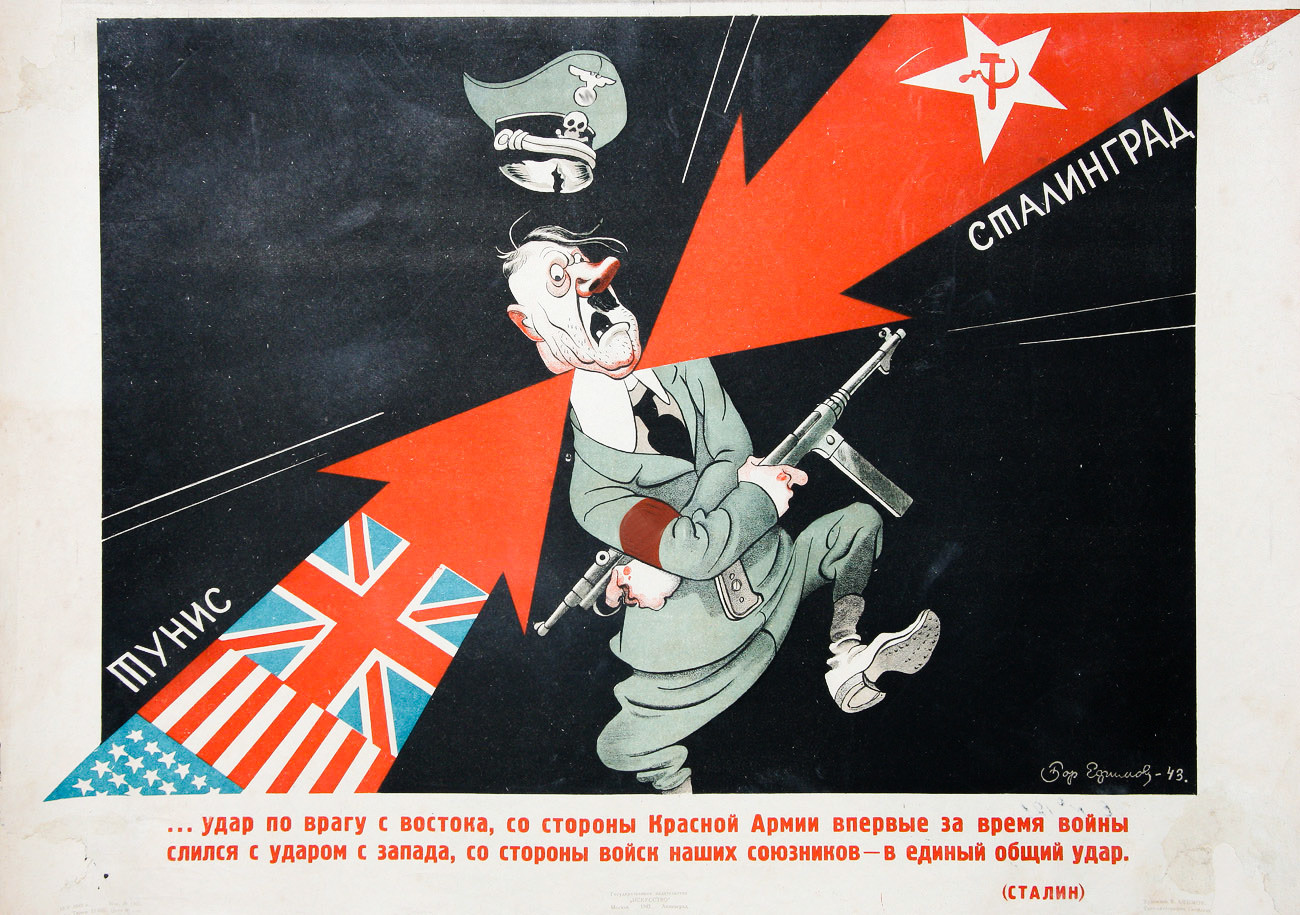 Paris has been liberated! The bright hour of victory is drawing closer, the sun is rising over France. The Soviet soldier sends greetings to liberated Paris. The earth is burning under the Germans both in the west and in the east. Paris! You hear the Kremlin’s call! Let’s finish the enemy in his lair! 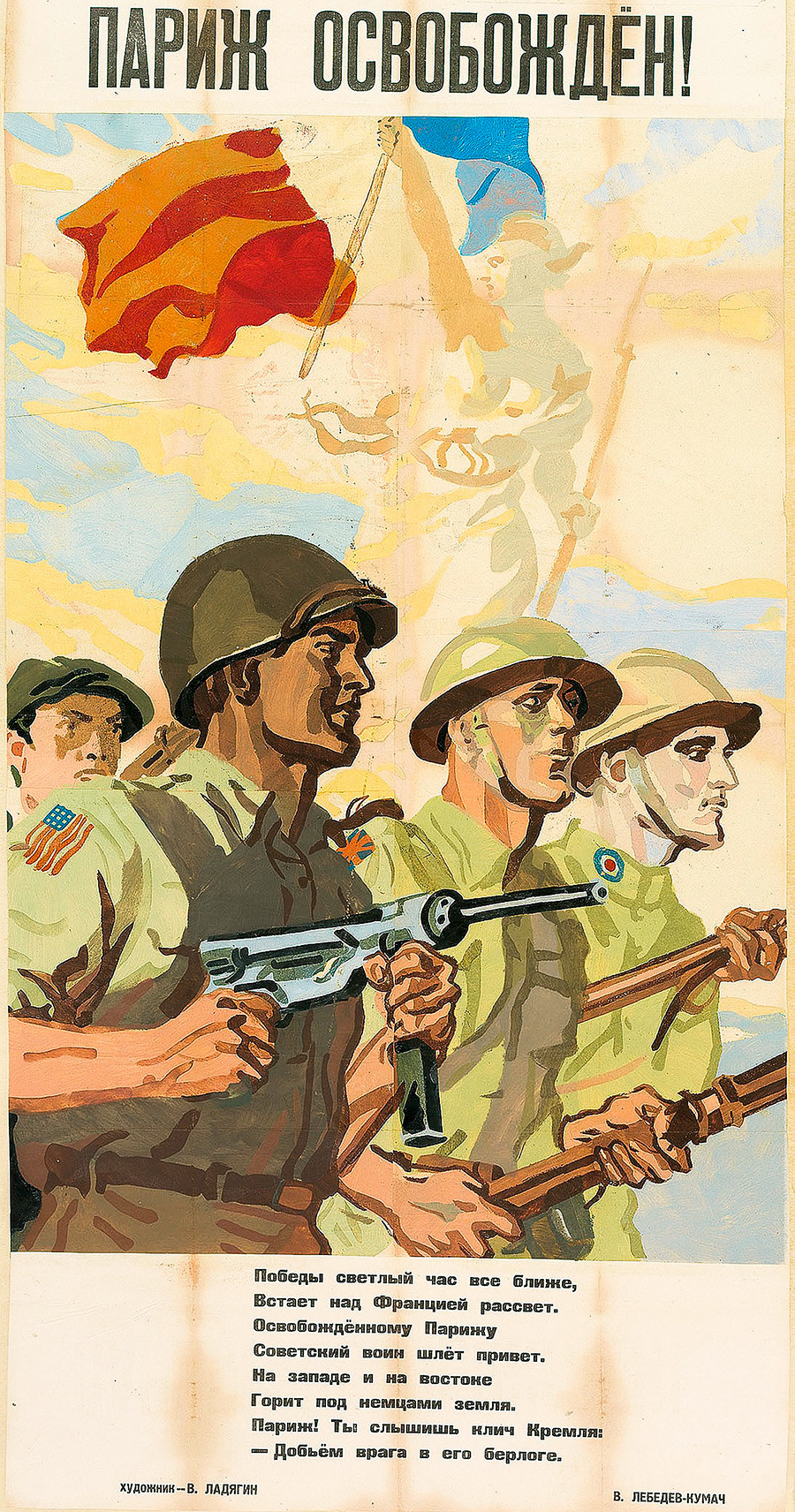 A united strike against the common target! 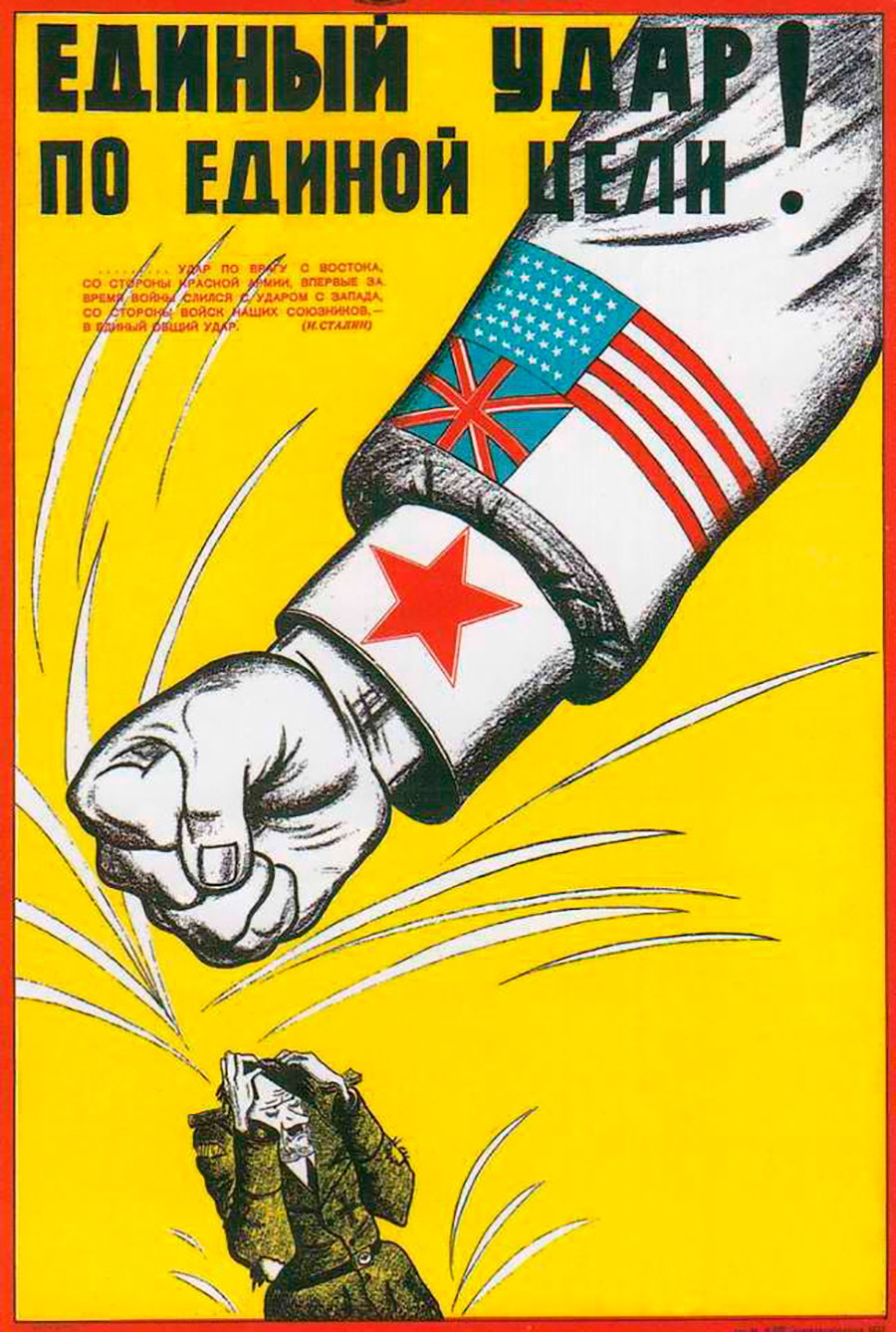 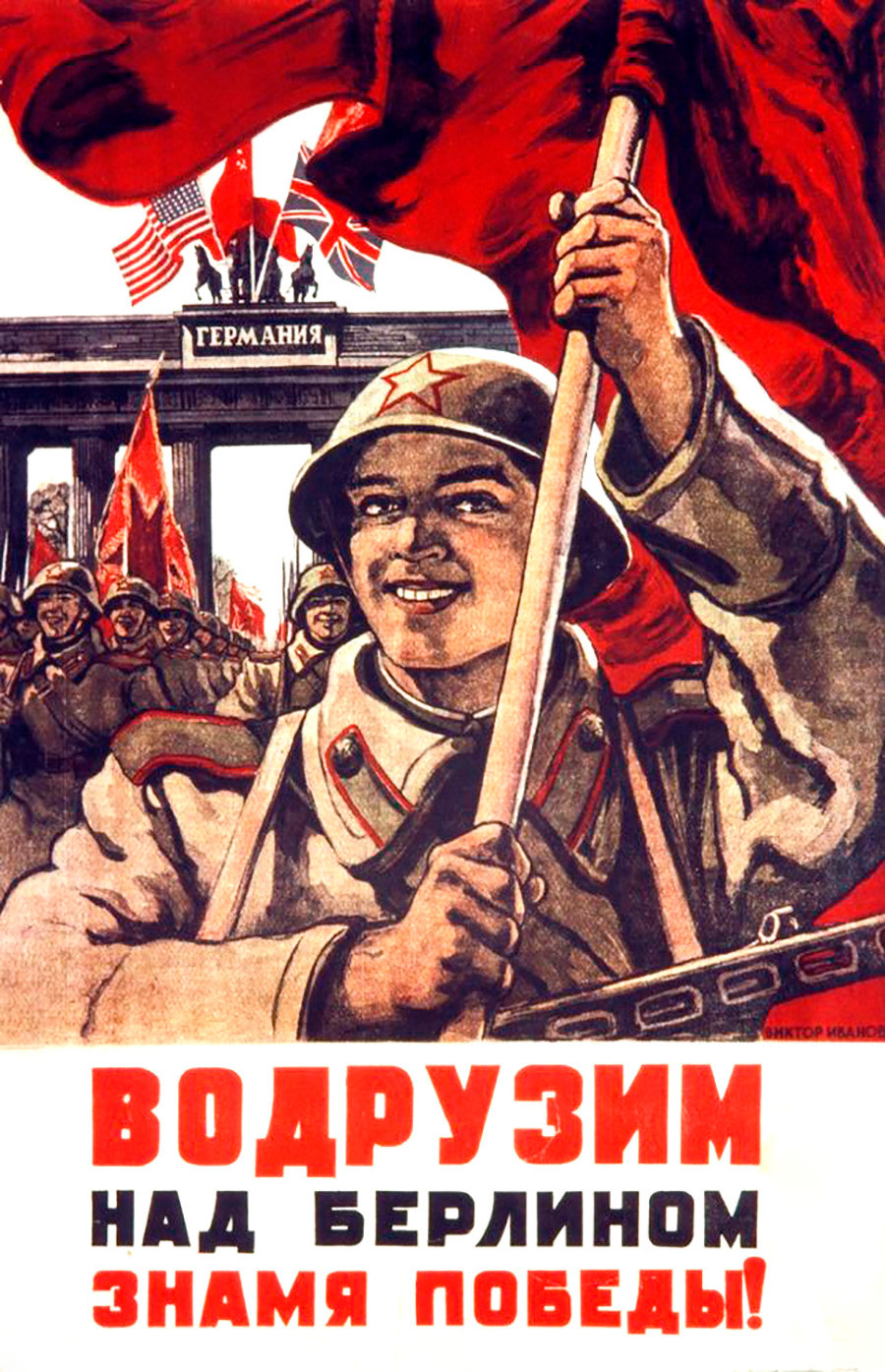 Let’s finish the Fascist invaders in their lair! 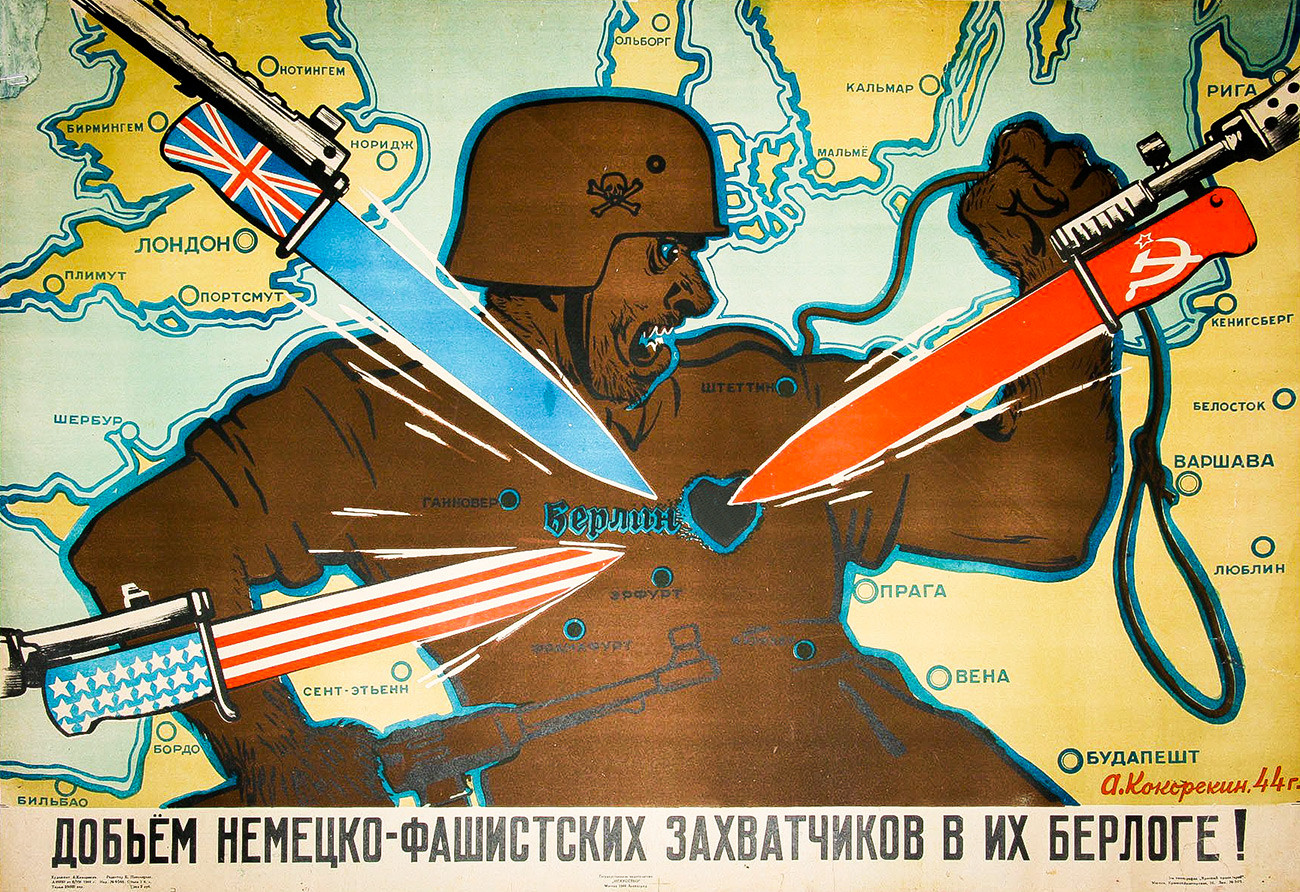 He can’t slip out of this noose! 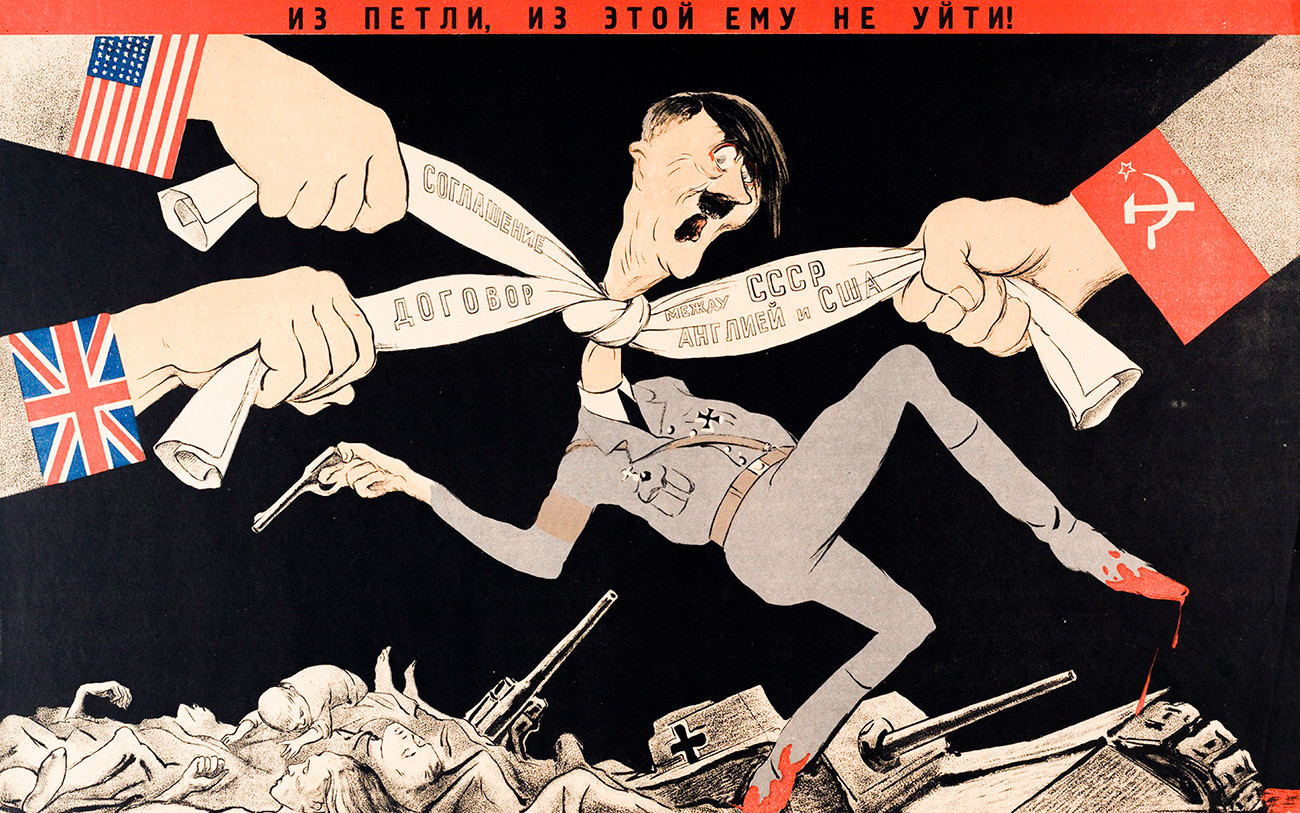 The fraternal nations have arranged a rendez-vous over the enemy city. Fascist Germany trembles at their every handshake. 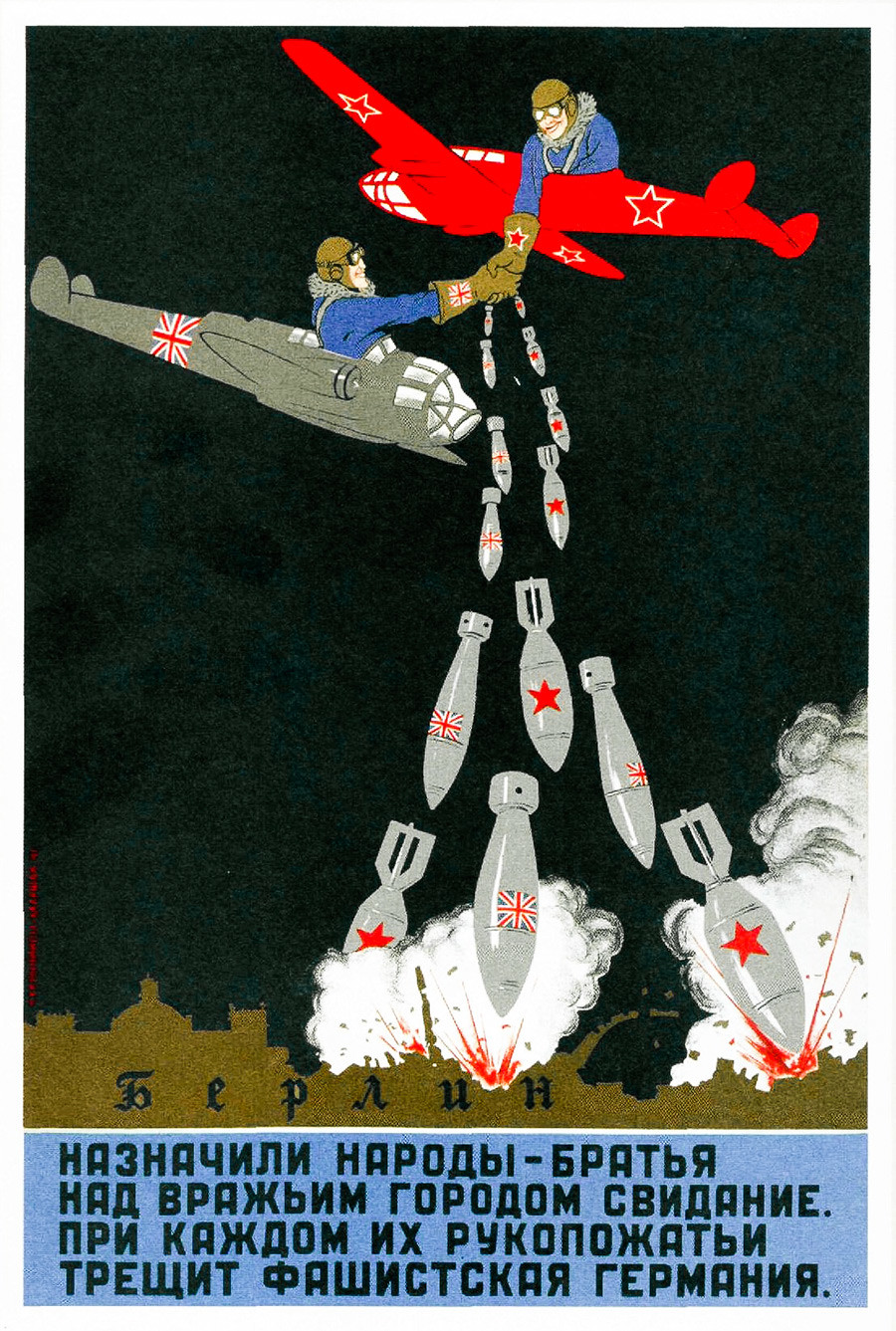 It will be so! 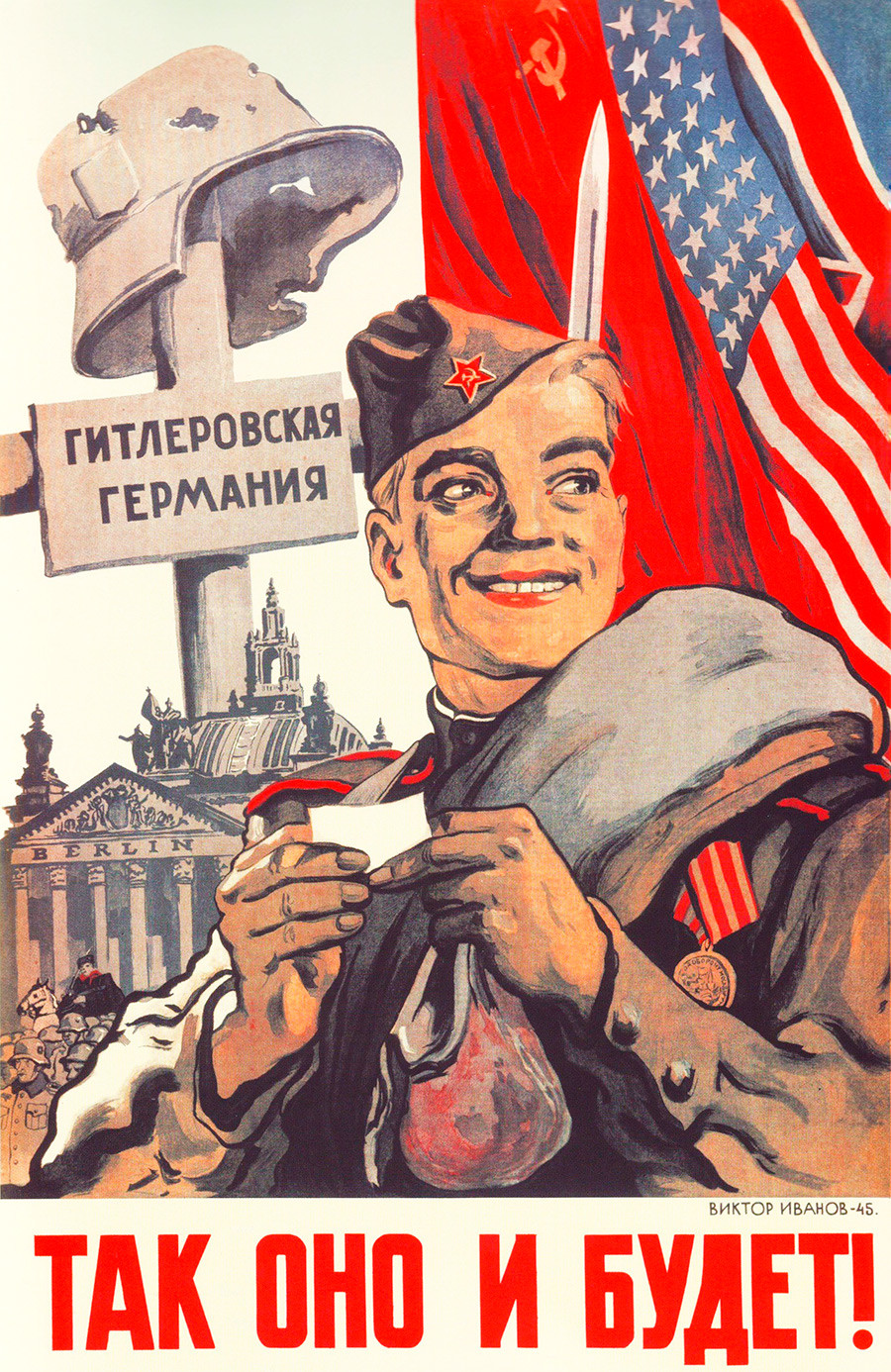 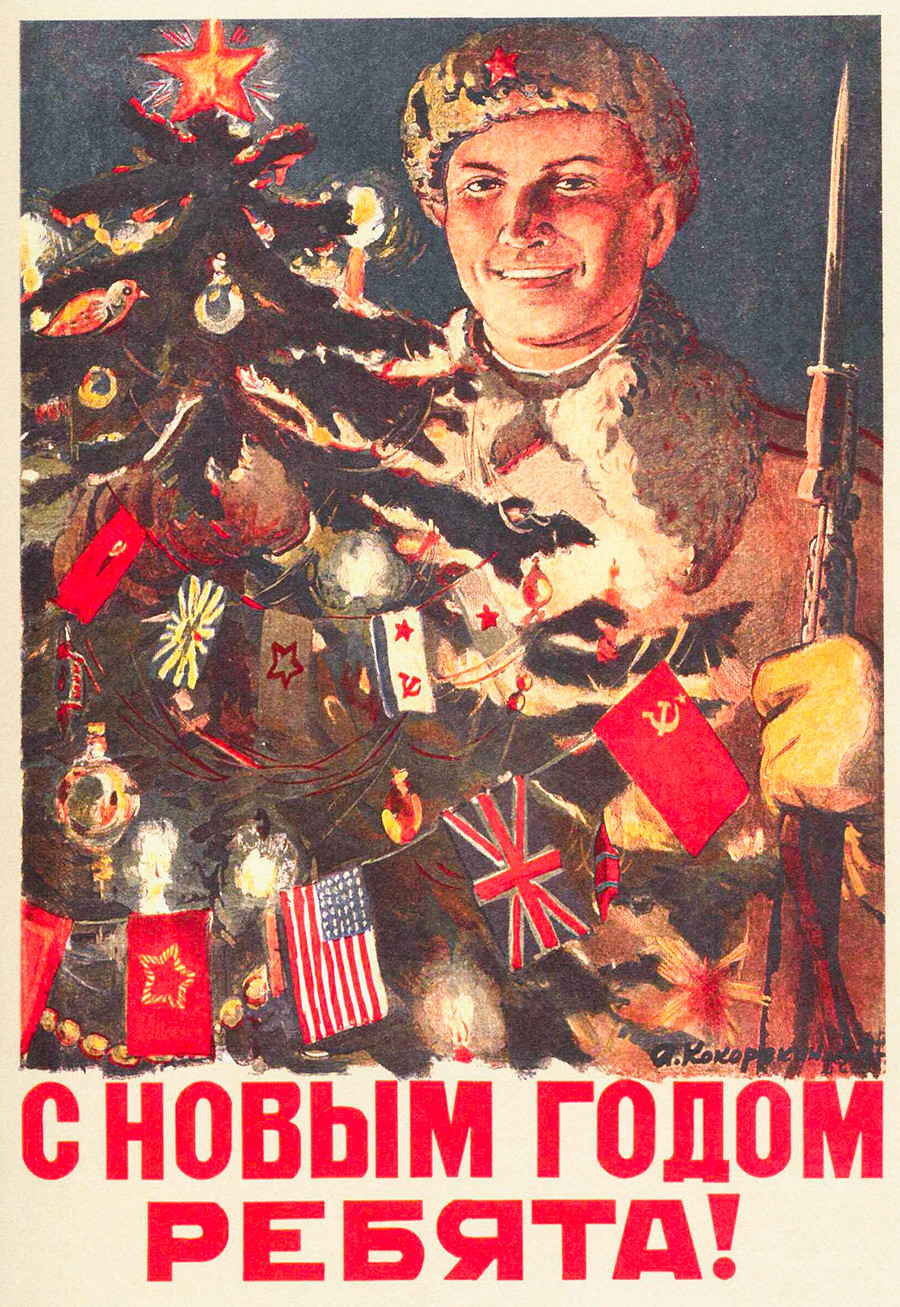 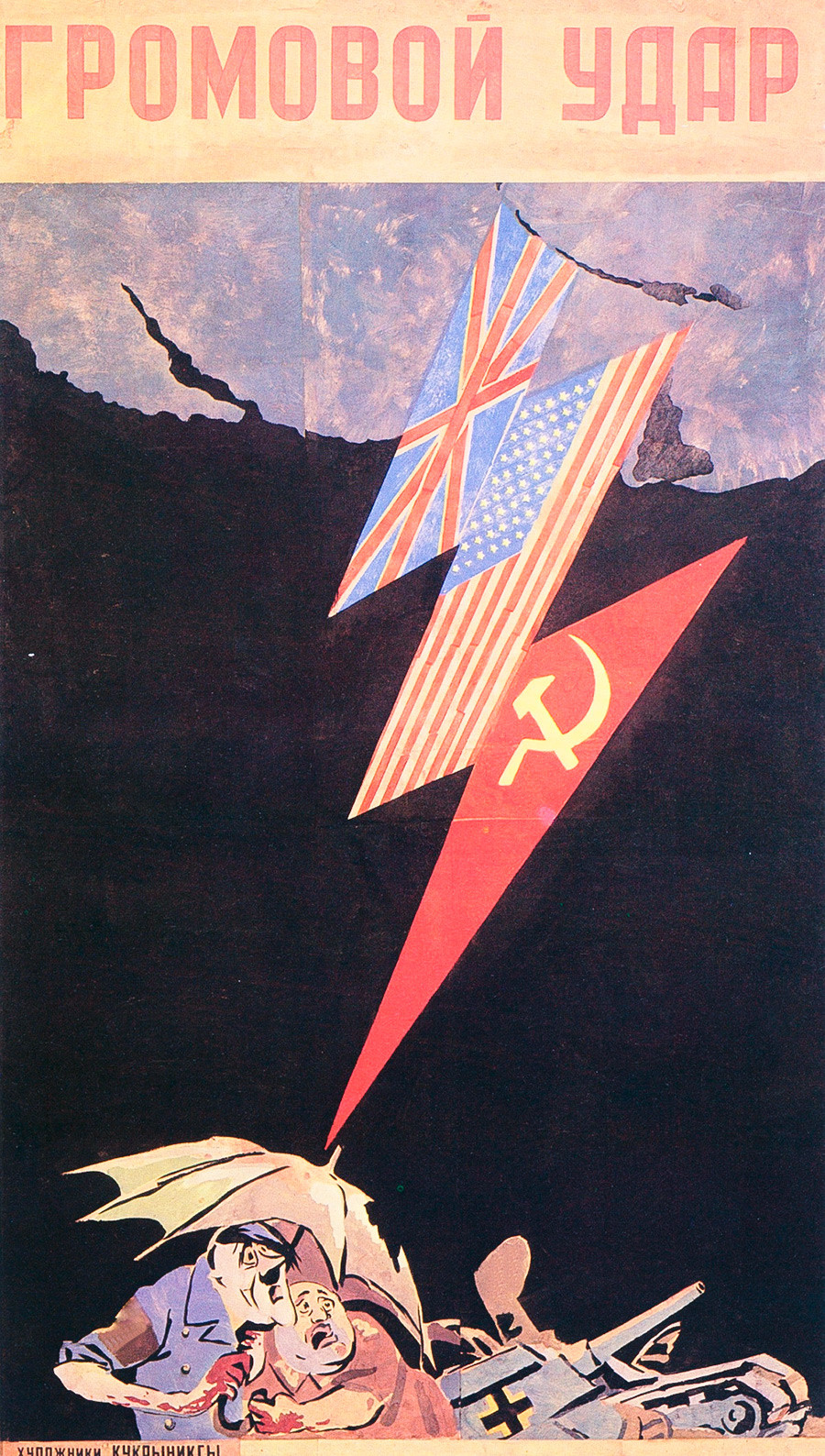 Our strikes grow stronger by the day. For Hitler, the East is a grave, the West is a trap. 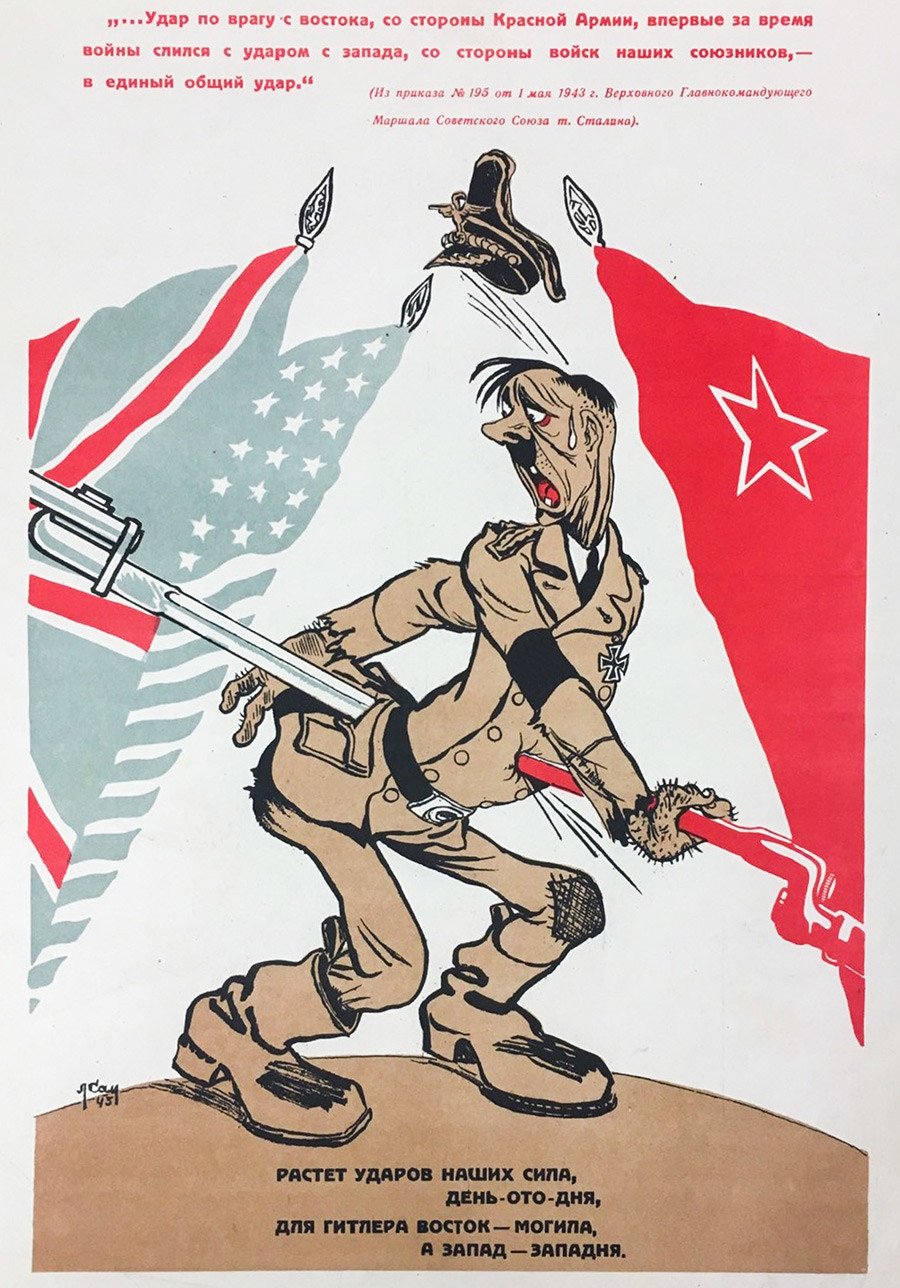 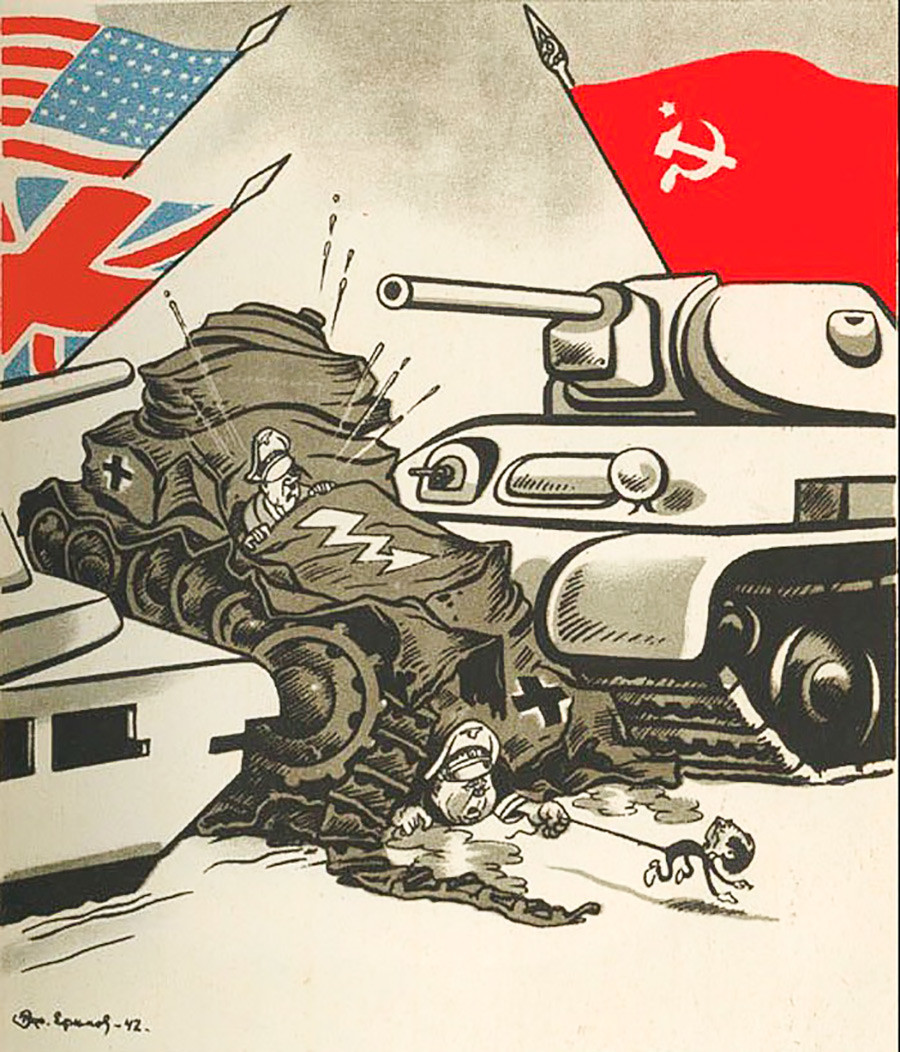 The fate of the Fascist beast! 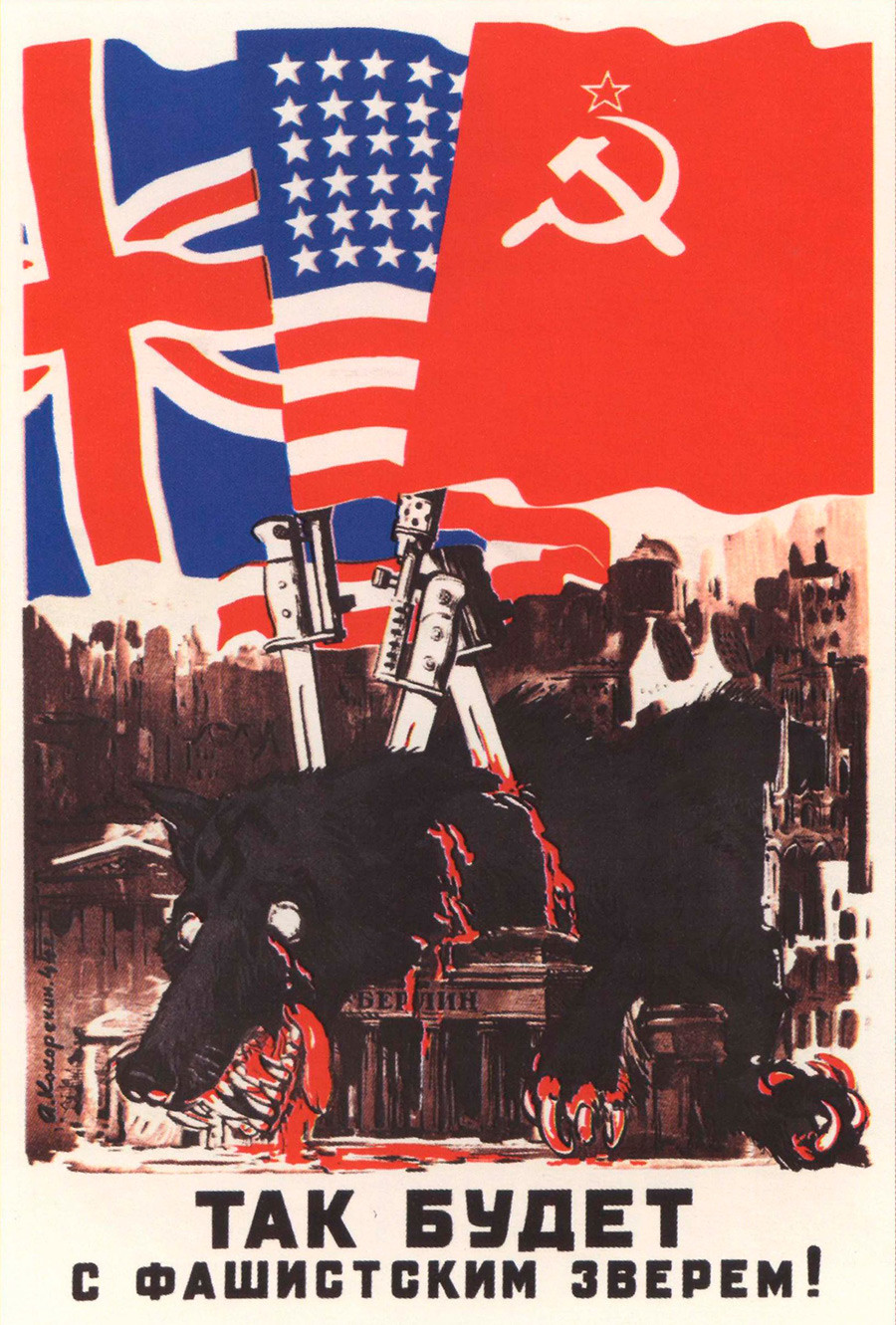 In the friendship of three great nations lies the pledge of unbreakable peace! 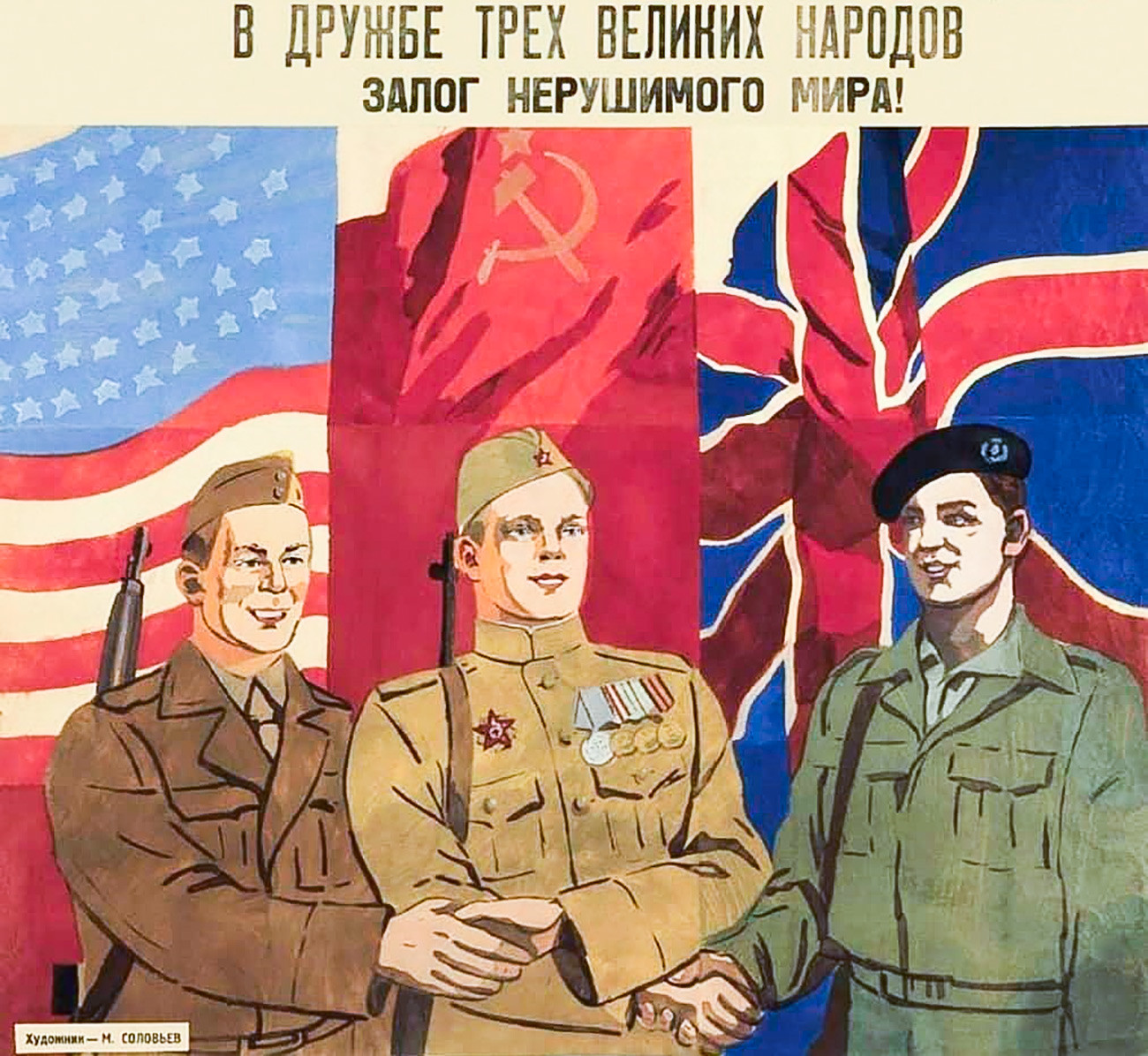