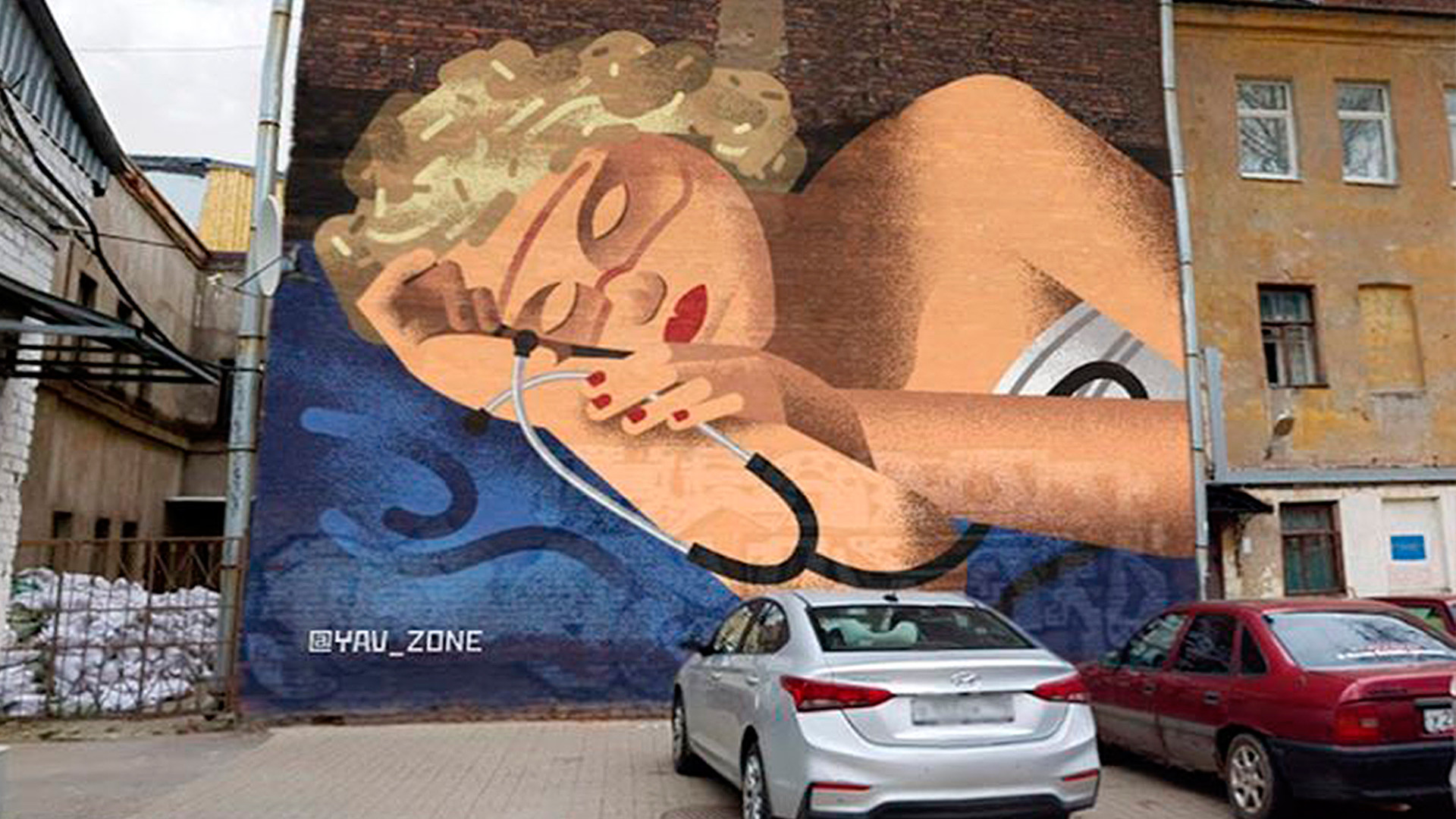 Yav
Turns out, in order to enjoy street art these days, one only has to open up Google Earth or Google Maps in panorama mode.

‘Yav’ - a St. Petersburg art group consisting of three artists, has unveiled a series of street-art works, dubbed ‘Genesis’. However, all of the designs are completely virtual and can only be viewed through Google Earth/Maps by choosing from a list of locations.

According to team leader Anastasia Vladychkina, the project took around three weeks to complete. Her crew were tasked with filming various preselected panorama shots on their daily commute to work, or when they popped out to the grocery store. They then superimposed their graffiti designs over the panorama shots.

“Despite the fact that Russia is currently exiting its work-from-home mode, and returning to a post-quarantine life, we still ask people not to leave their homes without special reasons. Russia is finding itself increasingly climbing the global COVID-19 [infection] rankings,” the group says in the description of their project.

According to them, in order to avoid the continuing spread of infection, it’s best to take virtual walks on Google, for now.

“The physical world has compressed its various frontiers down to state borders and the walls of people’s apartments. We decided to experiment and compress our own spiritual world even further in terms of intangible cultural barriers - an artistic task achieved by looking to the classical works of Russian and Soviet artists,” the team says. “Our project is a reimagining of nine classical works through the prism of modern daily realities of the coronavirus, as well as technological progress in general.”

Vladychkina clarified that the works can only be viewed virtually.

“Street art must have the capacity to surprise. We are planning for different artworks later, in reality,” she adds. 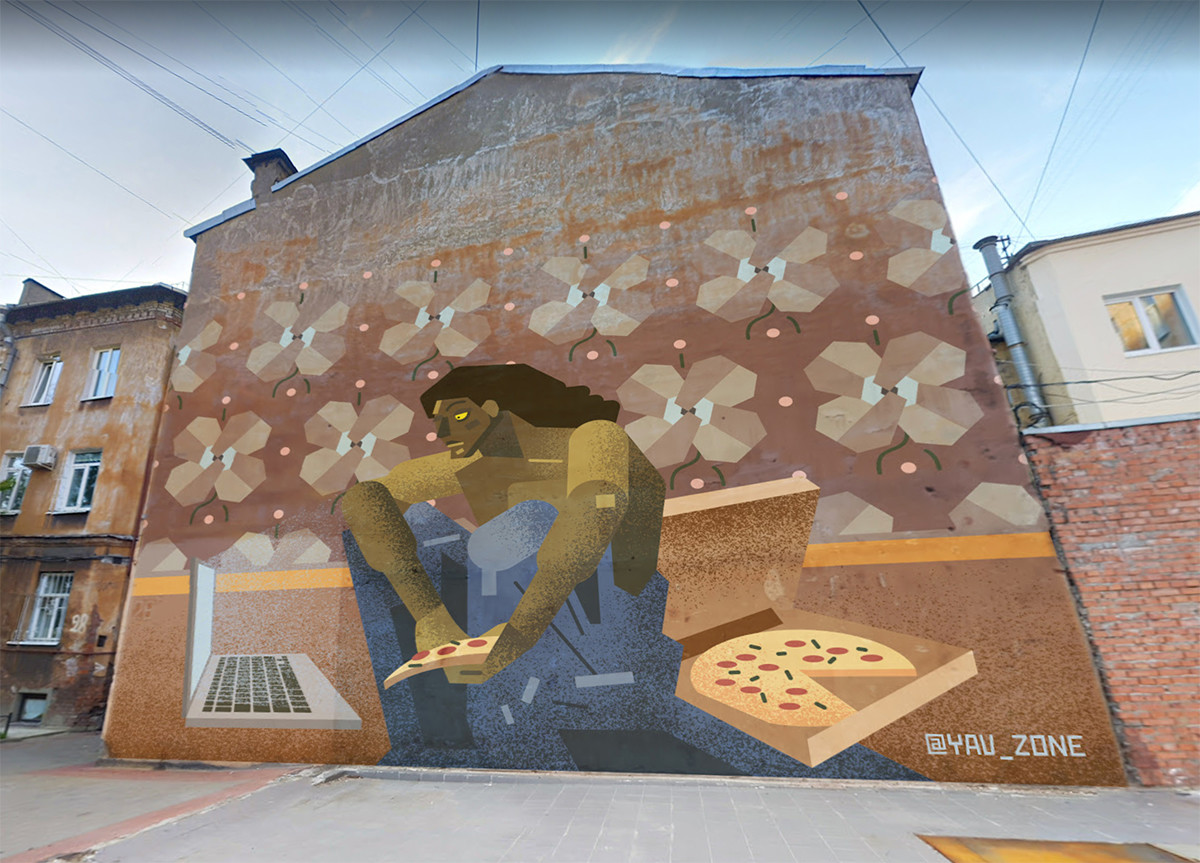 For the Thousandth Time 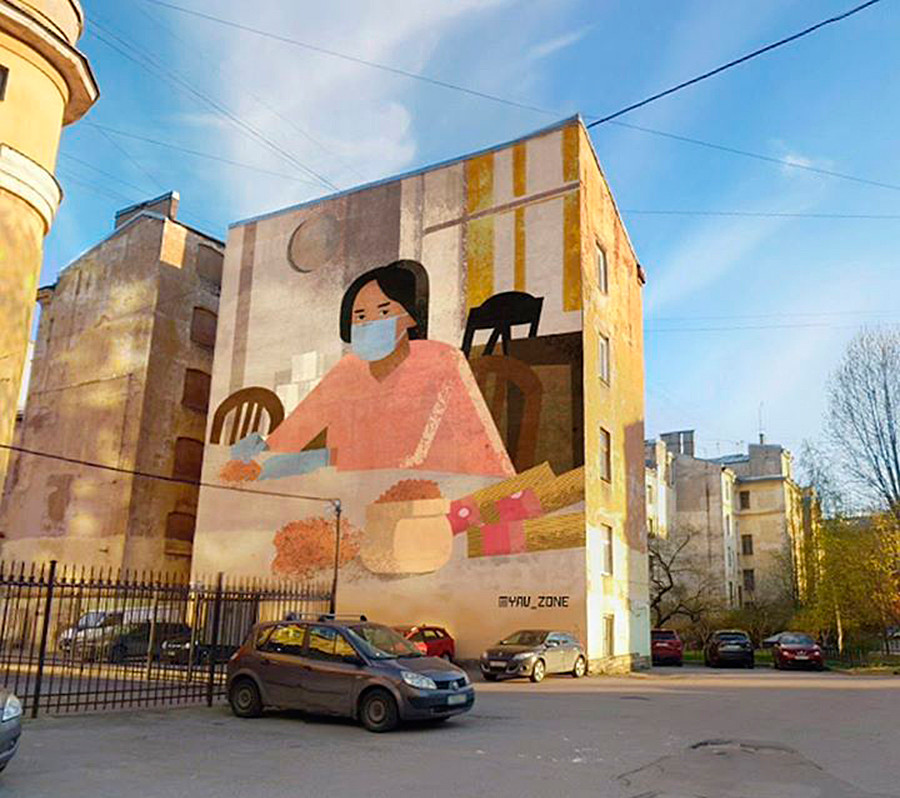 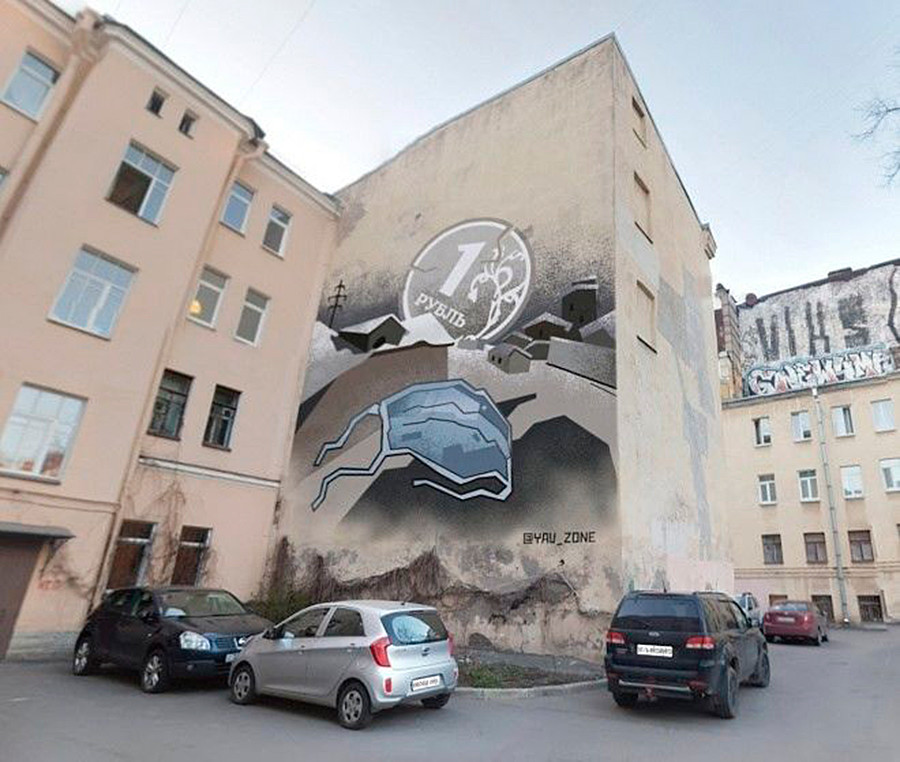 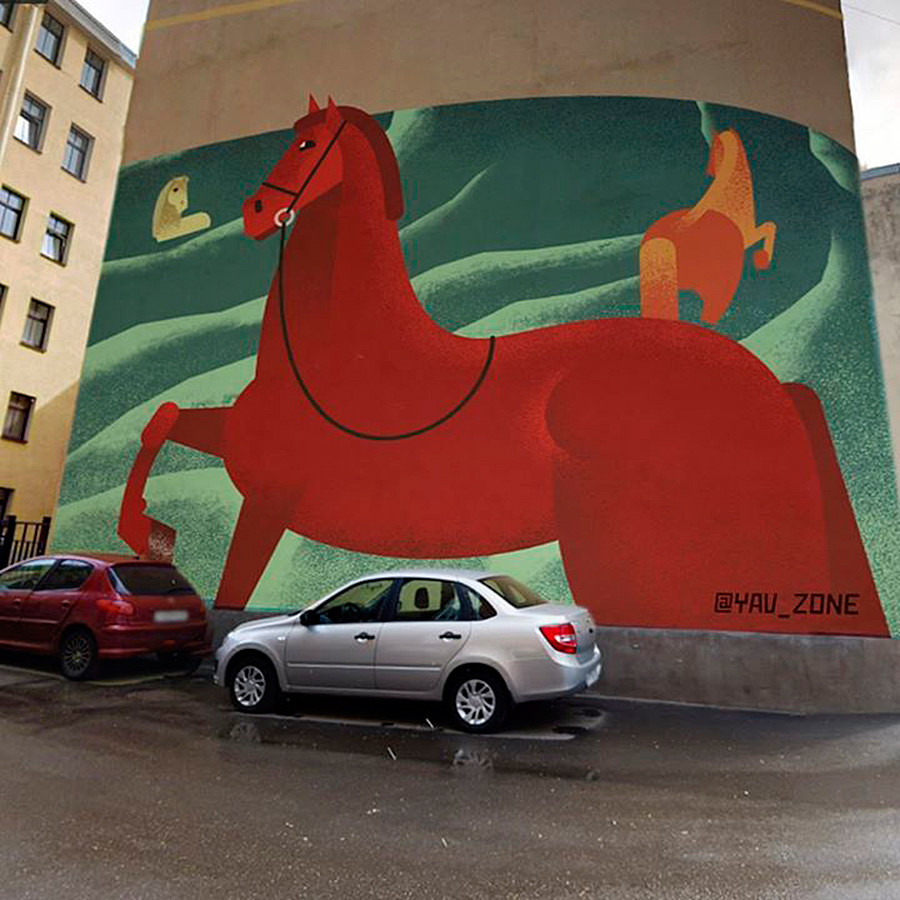 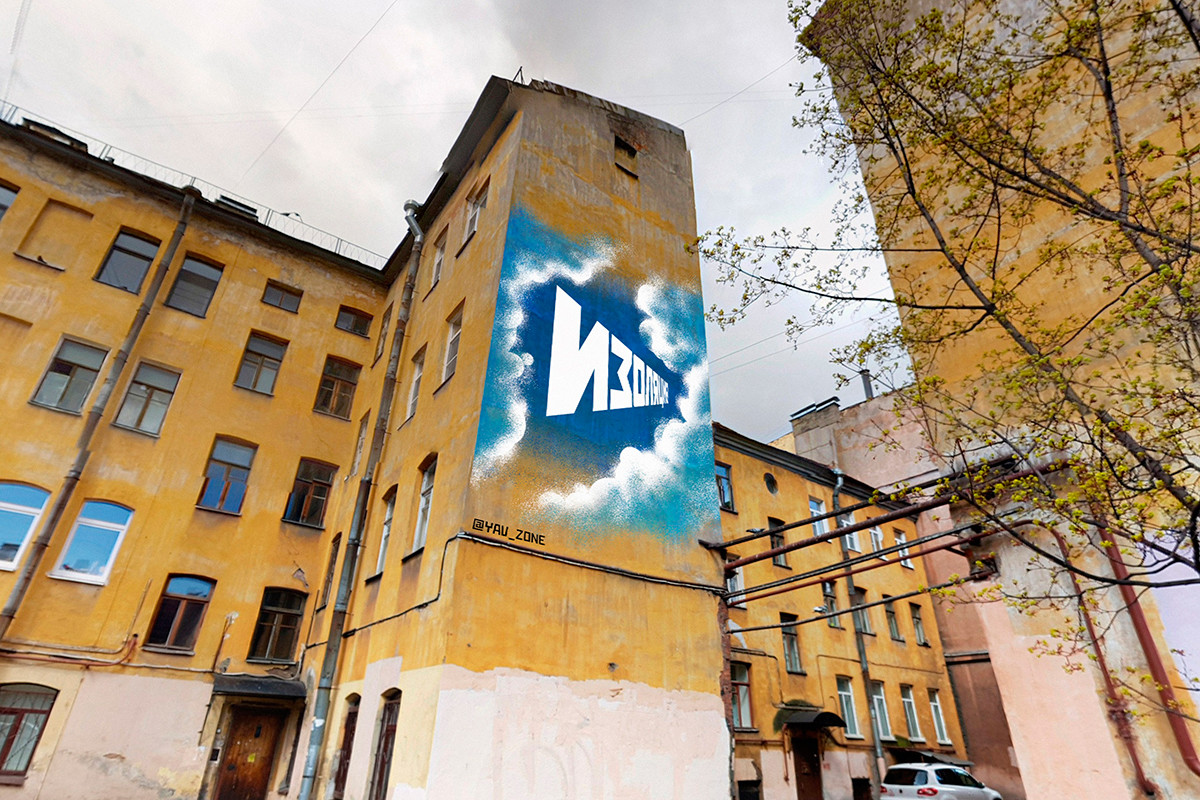 Not Allowed Into the Park 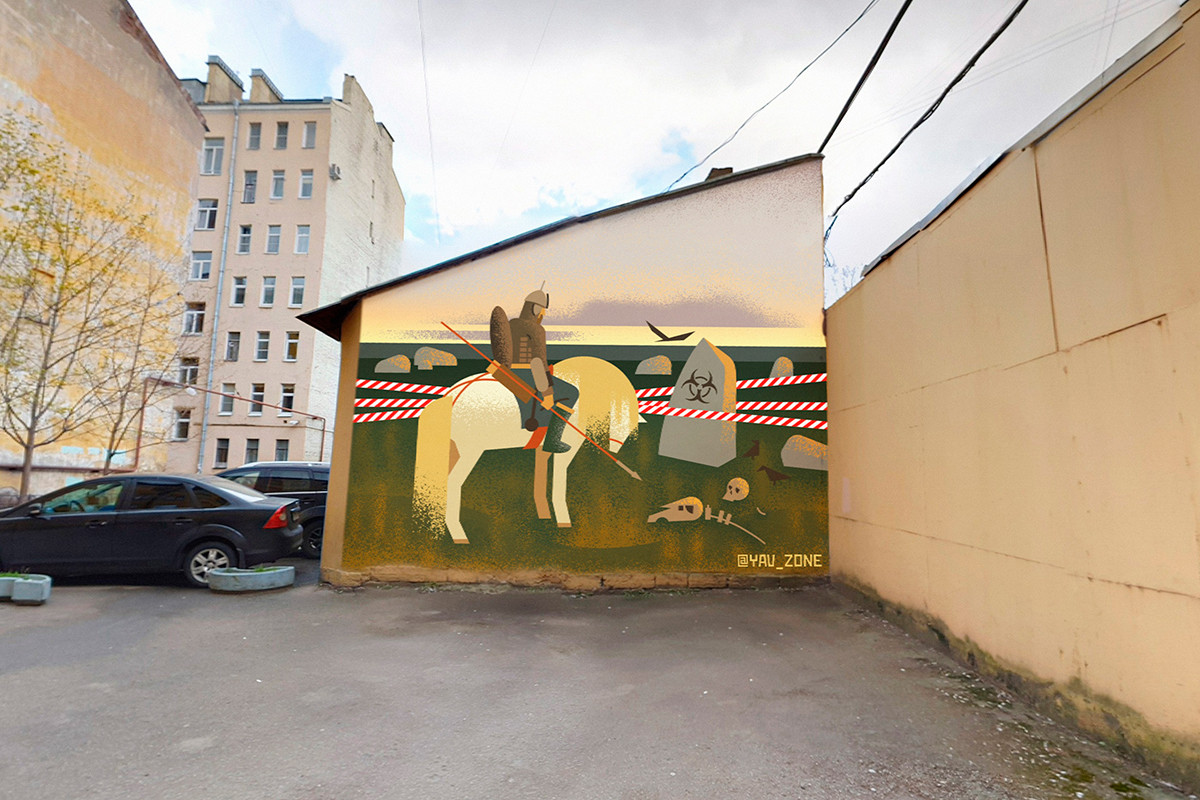 Sleep After the Shift 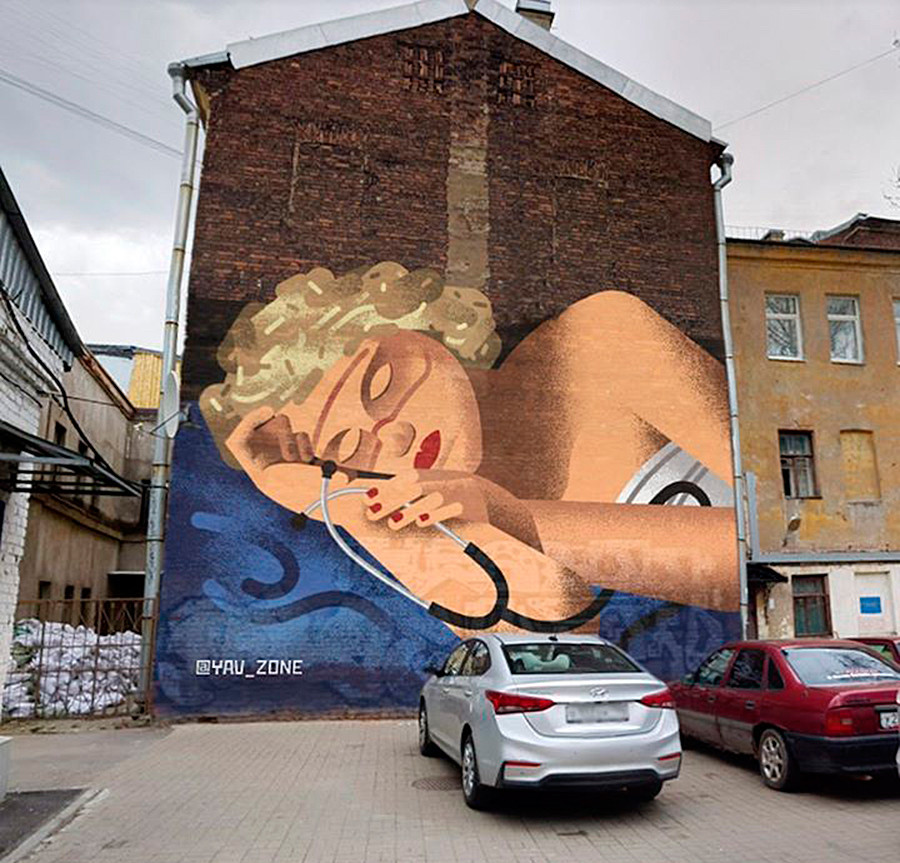 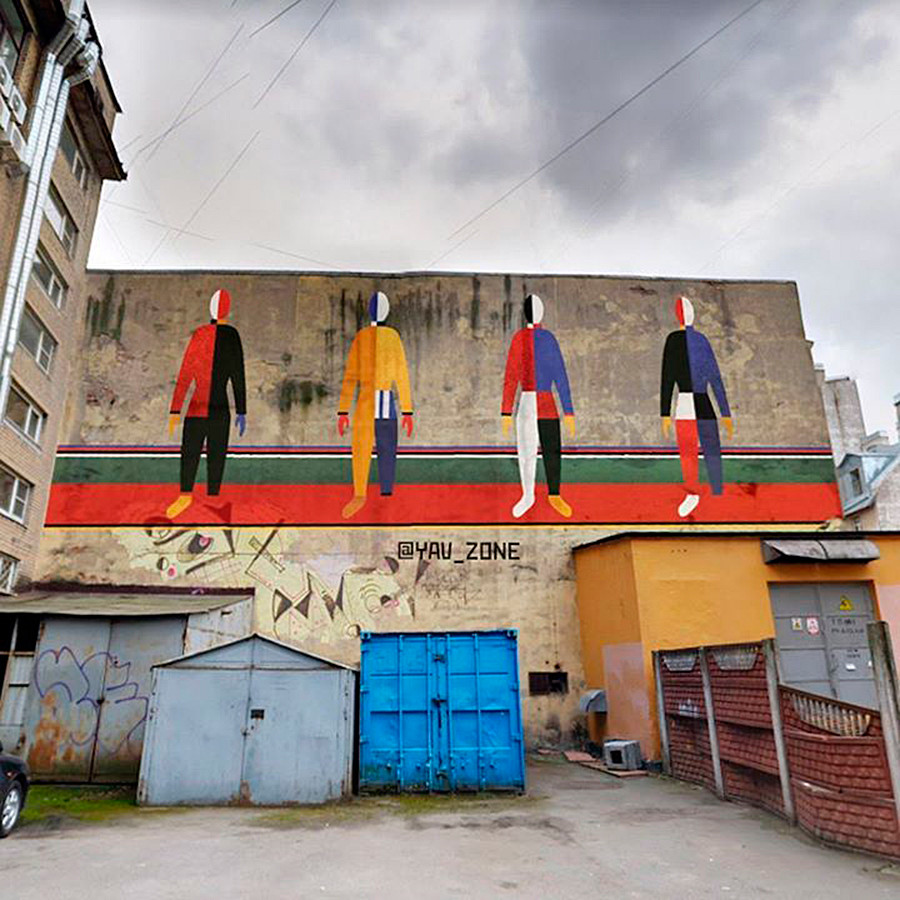 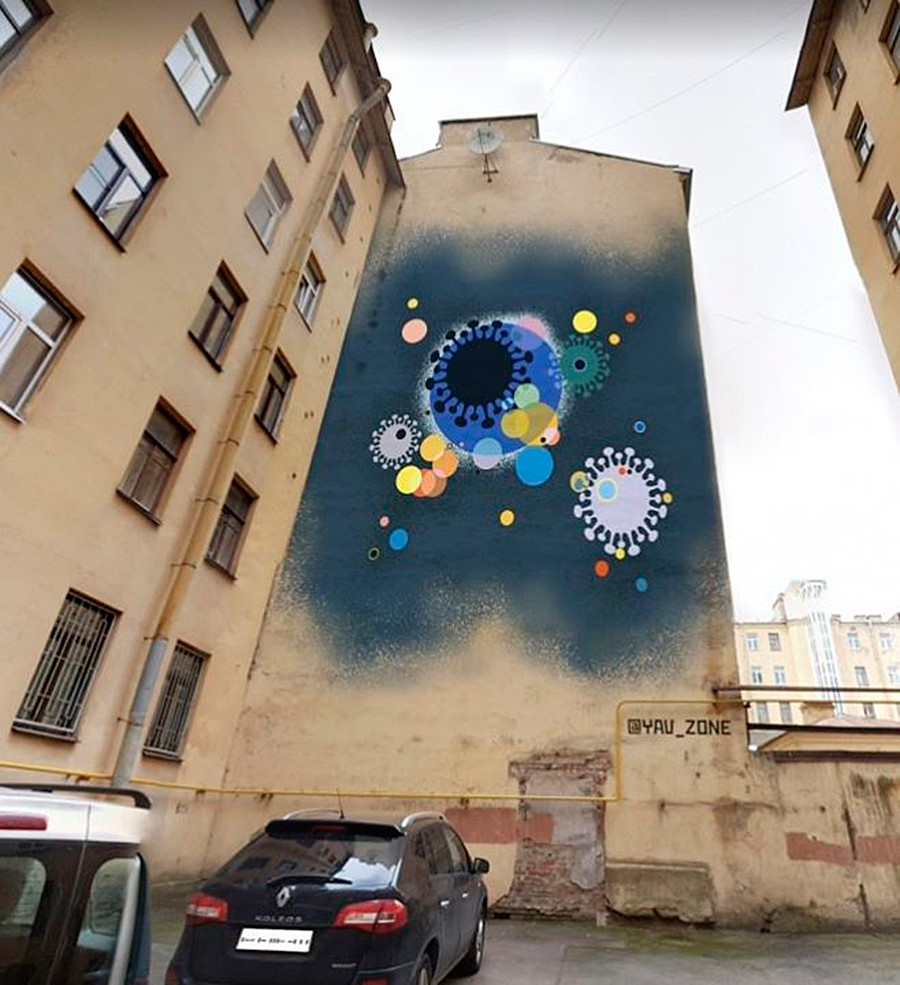