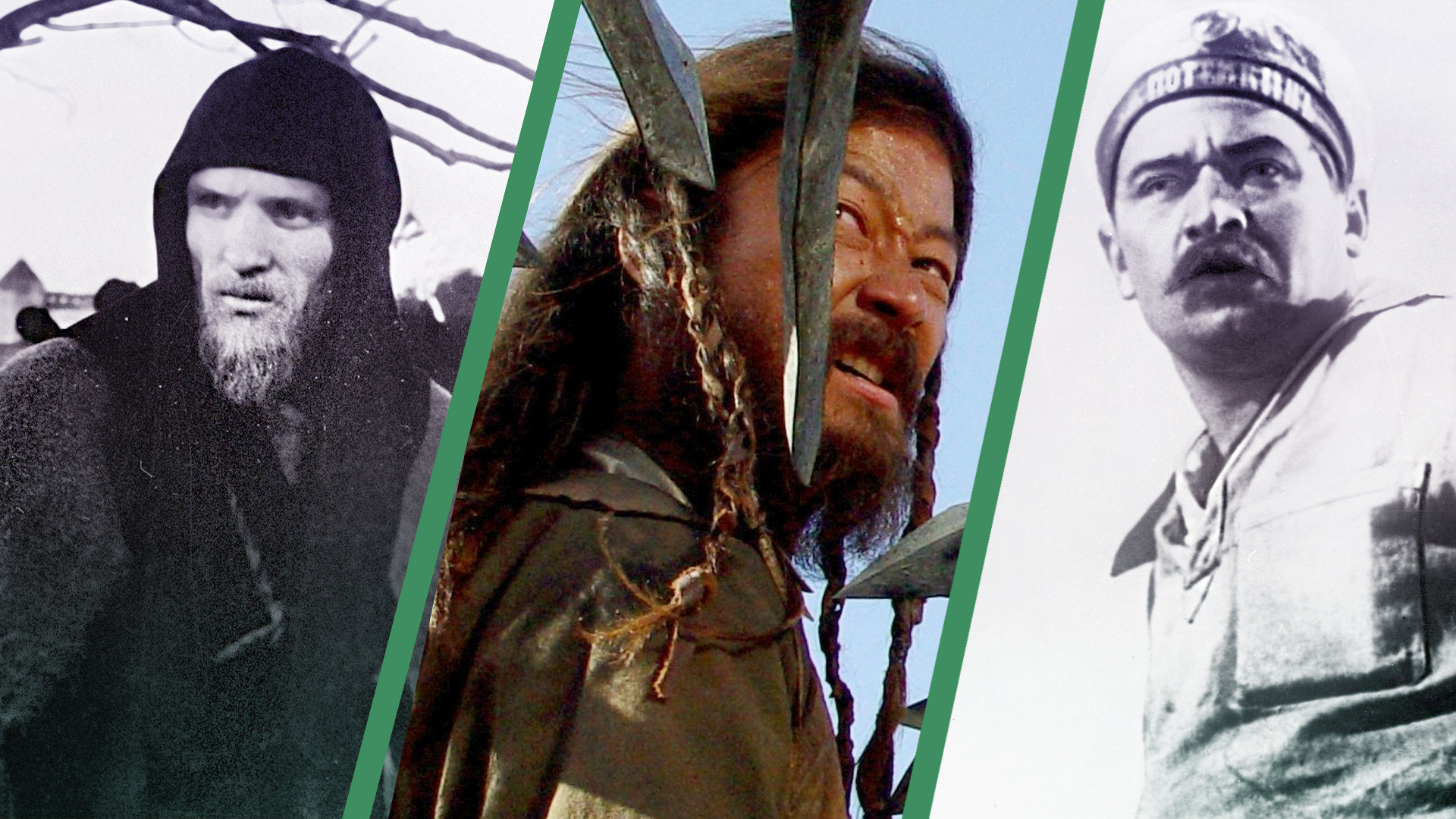 Sputnik, Sergei Bodrov/CTB Film Company, 2007
They are included in the top 250 best historical movies of all time, chosen by users of the world’s most popular and authoritative source for movie, TV and celebrity content. 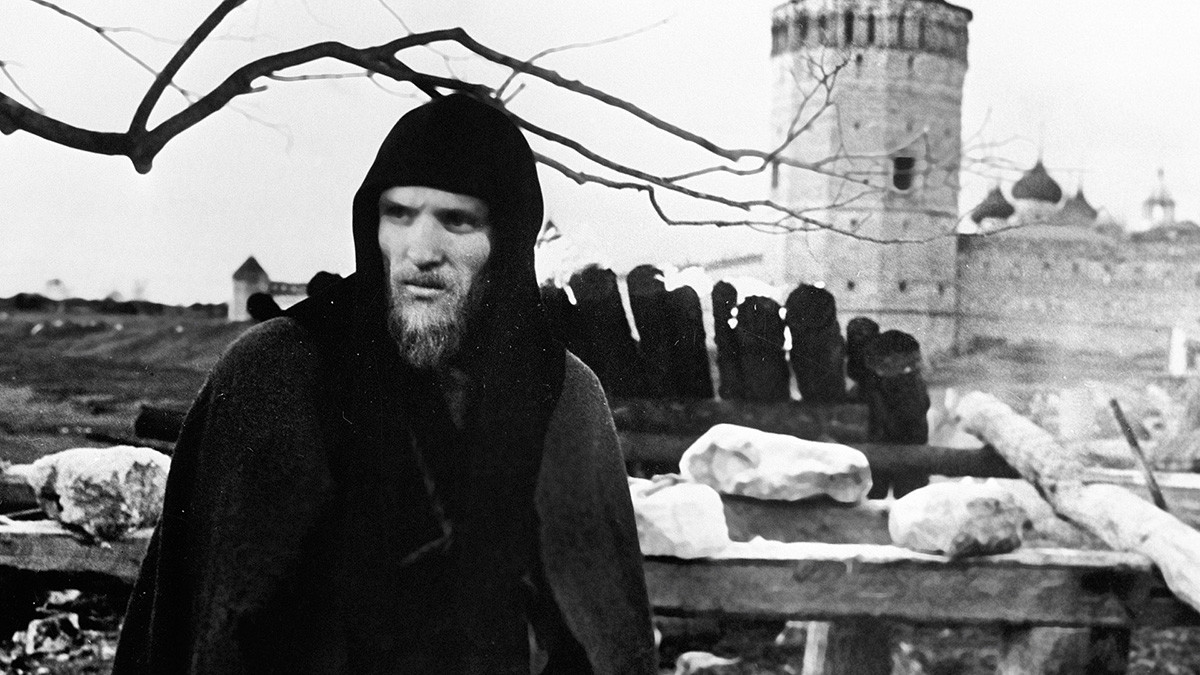 This historical drama, directed by Andre Tarkovsky, depicts in eight small episodes the life in15th century Russia, which was being torn by Mongolian raids and feuds between the princes. The central figure of the movie is Andrei Rublev, one of the greatest Russian icon painters. Since his true biography remains almost unknown, his character was completely imagined.

The movie was filmed among true architectural monuments of the 14-15 centuries in ancient Russian cities, such as Novgorod, Pskov and Izborsk. Some scenes were also shot on the territory of the Andronikov Monastery in Moscow, where Rublev spent his last days.

The idea for the movie came from actor Vasily Livanov (who later created one of the best versions of Sherlock Holmes in Soviet cinema, according to many cinema buffs). Livanov wanted to star as Rublev himself, but Tarkovsky refused. This led to a fierce fight between the director and the offended actor in one of Moscow’s restaurants.

After The Passion According to Andrei (this was the movie’s original name) was completed, Soviet censorship immediately banned it, referring to it as “anti-people” and “anti-patriotic”, depicting the Russian folk as a horde of barbarians. The copyrights to the movie were bought out by a French businessman of Russian origin, and despite Soviet protests, was shown at the 1969 Cannes film festival, where it was warmly received. In the Soviet Union, the movie - with the changed name Andrei Rublev - got a limited release in 1971 and was only released nationwide in 1987. 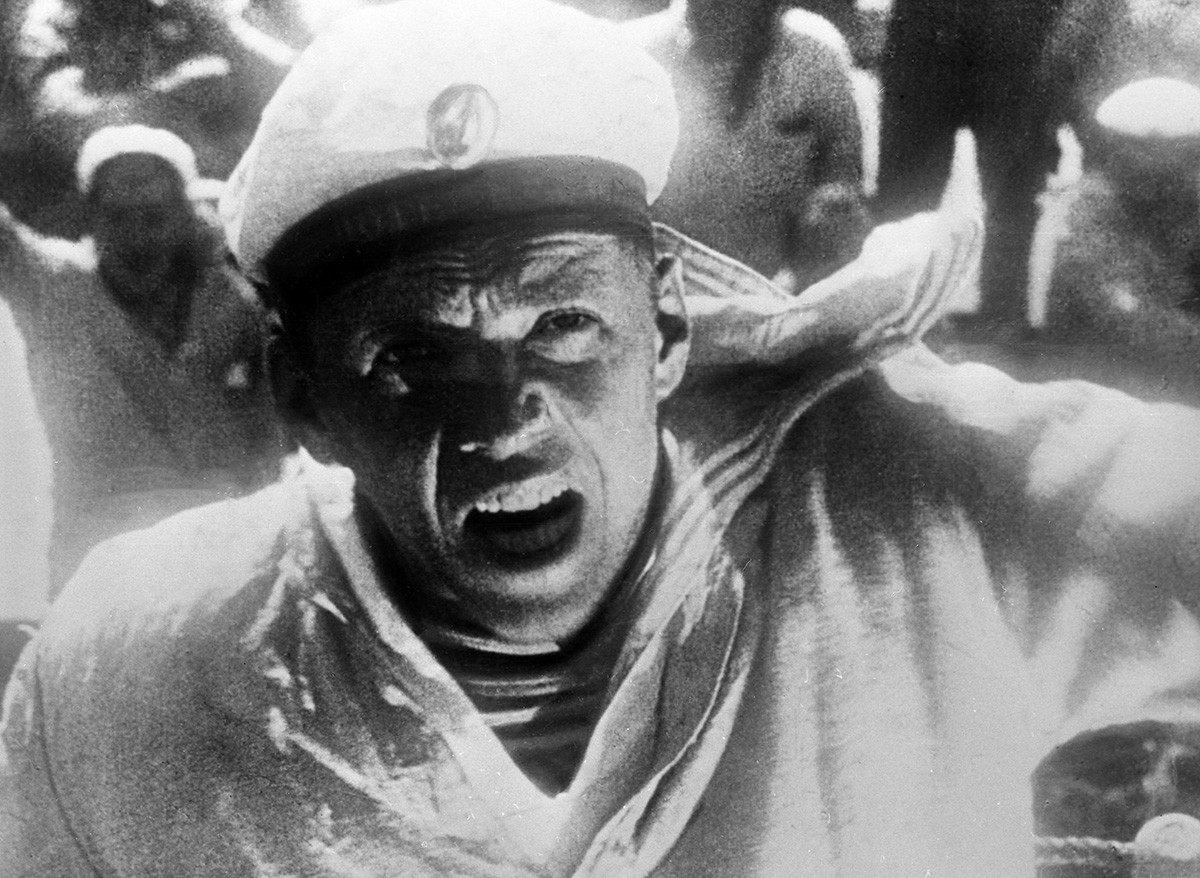 Considered one of the greatest movies in cinematic history, Battleship Potemkin by Sergey Eisenstein presents the history of the 1905 mutiny of the famous battleship’s sailors against their officers. Made initially as a silent movie, it was dubbed in 1930, then remastered and redubbed in 1950.

Battleship Potemkin is filmed completely in black-and-white. However, there is an episode in color, as well. Director Sergey Eisenstein personally painted red the flag, raised up by revolutionary sailors, with a brush.

The movie was praised even by the USSR’s ideological enemies. Nazi propaganda minister Joseph Goebbels once said about Battleship Potemkin: “A marvelous film without equal in the cinema... anyone who had no firm political conviction could become a Bolshevik after seeing the film.”

Battleship Potemkin has since become a cult movie and has been cited many times in world cinema. Especially famous was the notorious massacre on the ‘Odessa Steps’ with a baby in a carriage falling down. One can see an homage to this scene in multiple movies, including Francis Ford Coppola’s The Godfather and Brian De Palma’s The Untouchables. Even the scene in Star Wars: Episode III - Revenge of the Sith, in which Clone troopers march on the Jedi temple, is a straight lift from Eisenstein's masterpiece. 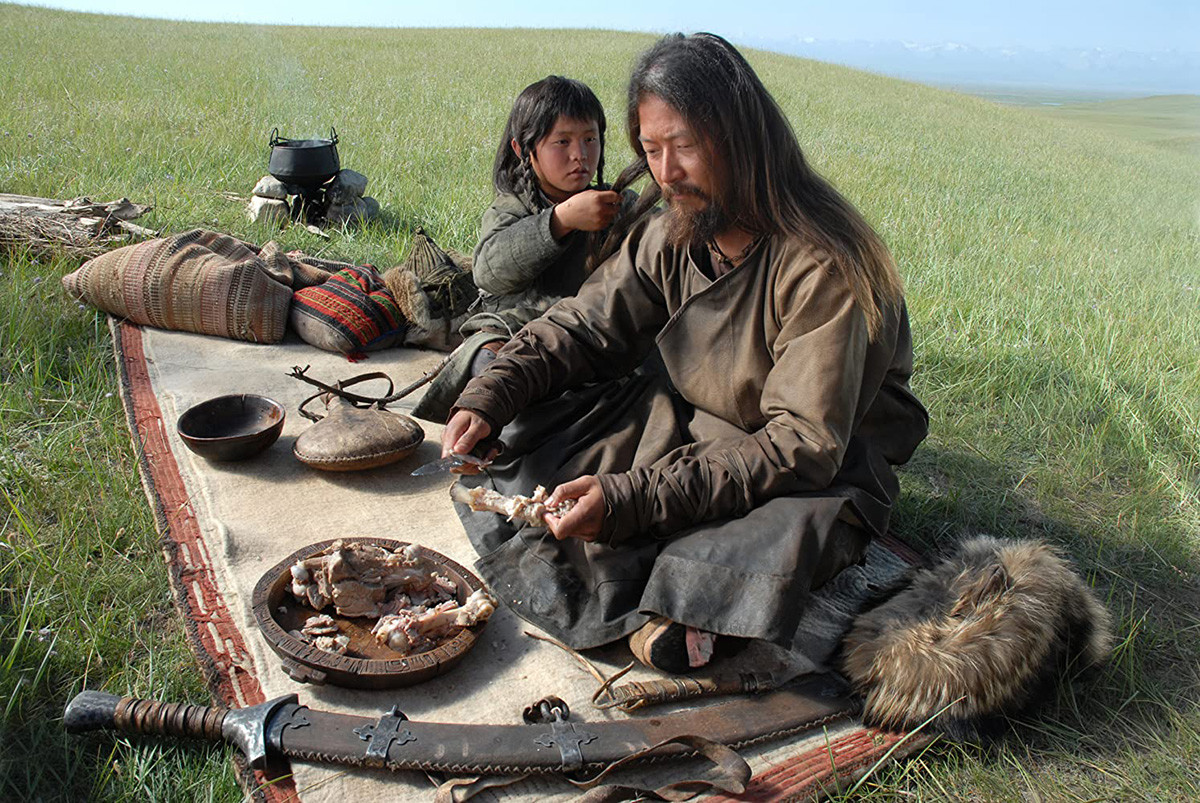 The joint Russian-Kazakh-German produced movie Mongol tells a story of the first years of life of Temüjin, before he became Genghis Khan and his grandiose conquests began. In 2007, the movie was nominated for an Oscar in the Best Foreign Language Film category as a submission from Kazakhstan, the first time in Kazakh history.

The movie was filmed in Kazakhstan and in the Chinese region of Inner Mongolia. Some locations were so distant and wild, that it was necessary to build roads to get production equipment there.

Before the launch of the project, director Sergey Bodrov visited the chief Mongolian shaman in Ulan-Bator to ask permission to film a movie about Genghis Khan. The surprised shaman said it was the first time in his life somebody had come to him with such a request.

Dozens of nationalities were involved in the filming process: Chinese, Russians, Germans, Kazakhs, Ukrainians, Mongols, Japanese etc. Because of this, 30 translators were permanently on the film set.

Initially, Bodrov planned to make a trilogy with the second part called The Great Khan. However, that project was frozen for more than ten years, and only in 2019 plans to revive it were announced.