5 movies about St. Petersburg you must see 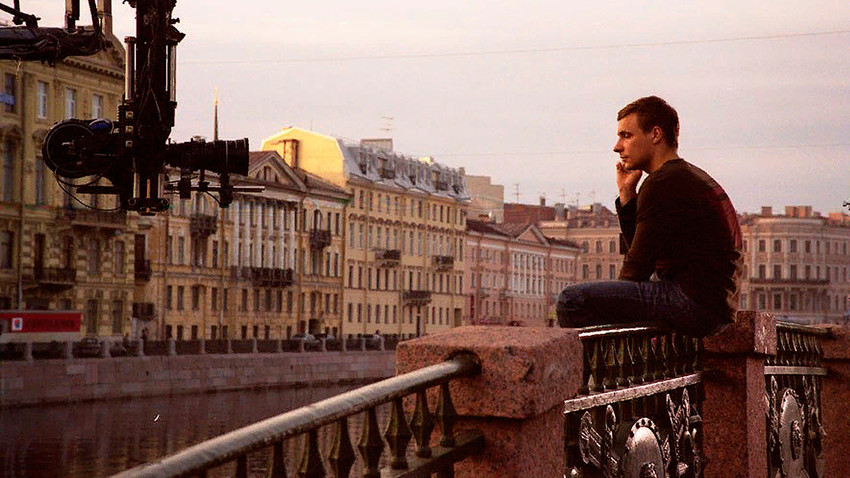 Oksana Bychkova/STS Igor Tolstunov Production Company, 2006
These atmospheric films can make you feel like you’re actually in the cultural capital of Russia.

On May 27, St. Petersburg celebrates its birthday. The city of arts, museums and imperial heritage has become the setting for many Soviet and modern Russian movies. Of course, there are tons more, but we’ve picked out the most romantic and humorous ones for you.

This joint Soviet-Japanese romantic drama is set in the best time to be in the city – during the famous White Nights. A Japanese pianist visits the USSR for the first time and gets a reception any female foreigner could only dream about back then: meeting a handsome Soviet composer named Ilya, visiting the Hermitage museum with him, being driven around through empty streets of Leningrad, getting a bouquet of May lilacs. The couple thought that their romance was just a White Nights illusion, but time proves they were mistaken…

Tearjerker alert: The divine soundtrack written by local composer Isaac Schwartz, coupled with the breathtaking water views of Leningrad can make you cry!

This “sad comedy” is about translator Andrey Buzykin, who does morning runs with his Danish colleague, but also “runs” from his wife to his mistress and back. Most of the movie is set on Vasilievsky island, where the philologist teaches at a University and lives on Korablestroiteley Street.

Talented, smart, but irresolute, Buzykin can’t say “No” to colleagues and can’t choose between two women, which causes him to constantly lie. For example, when he really can’t get home, because of the famous drawbridges over Neva River, his wife doesn’t believe in this excuse. Back in the late 1970s, such situations were real - those who didn’t make it across before the bridges were drawn had to wait until 5 a.m. the next morning (these days it’s possible to get back onto Vasilievsky anytime via a toll motorway)!

Fun fact: The Danish professor is played by amateur German actor Norbert Kuchinke, who actually was the first correspondent for Der Spiegel and Stern magazines in the Soviet Union.

Masha loses her phone, while Maxim finds it, they agree to meet, but their attempts fail each time, due to various circumstances. During several days, both heroes make life changing decisions: Masha refuses to marry her hypocritical boyfriend and Maxim rejects a work contract in a Berlin bureau. “Buildings are like people. They are like relatives or closest friends,” says the architect in one of the episodes. On the phone, he promises to show Masha his favorite house, and it seems it’s only a matter of time before she becomes his new beloved.

Two women meet on a train: a quiet museum worker named Liza and the vulgar Vika, traveling from Yekaterinburg to St. Petersburg for fun. In the morning, the neighbors find out they have been robbed. Feeling sorry for her sudden acquaintance, Liza invites her to her home. The old apartment, filled with art and having entertained home parties of intelligentsia, are a complete novelty for the hard-working Vika. In trying to help Vika find a job, Liza launches some intense home-schooling. But things don’t go smoothly: ‘rococo’ style is pronounced “kokoko” by the brazen provincial, who constantly drinks and brings random people into the apartment. The comedy turns into a drama, as one of the heroines is ready to commit a crime…

Fun fact: Liza works in the Kunstkamera museum, famous for its collection of monstrosities, preserved ‘freaks’ and deformed animals, all once collected by Peter the Great. While Vika is a total ‘freak’ and herself a kind of exotic “beast” for the museum’s employees.

This musical transports us to the summer (“лето” in Russian) of 1981 in Leningrad with its underground culture, rock concerts and lots of alcohol. A love triangle between a young musician named Viktor Tsoi (the future leader of the band ‘Kino’), successful rock-star Mike Naumenko and his wife, Natalia forms the basis of the plot. The movie only shows a bit of the city sights, because the main events are taking place in a Leningrad ‘kommunalka’ (communal apartments). Korean actor Teo Yoo, who plays Tsoi, had to learn Russian, listened to Kino and even spent some time living in a communal apartment before filming began.