5 English translations of Russian books to read this summer 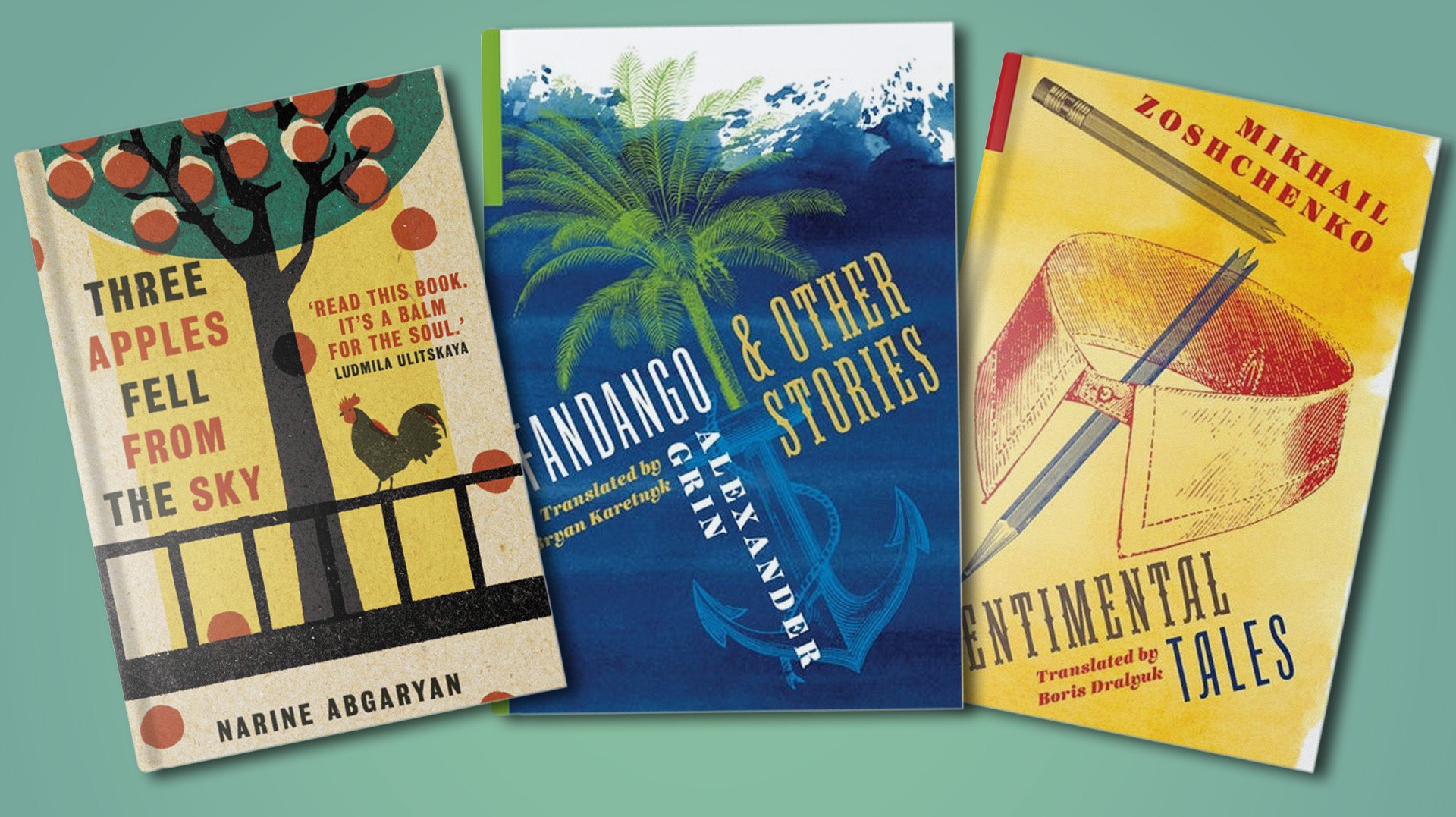 Oneworld Publications, Columbia University Press
Russian literature is not only about tortured tales of human suffering and a search for inner meaning. These new translations from writers new and old will bring you pure joy and fun, warm your heart and have you falling in love with Russian literature. 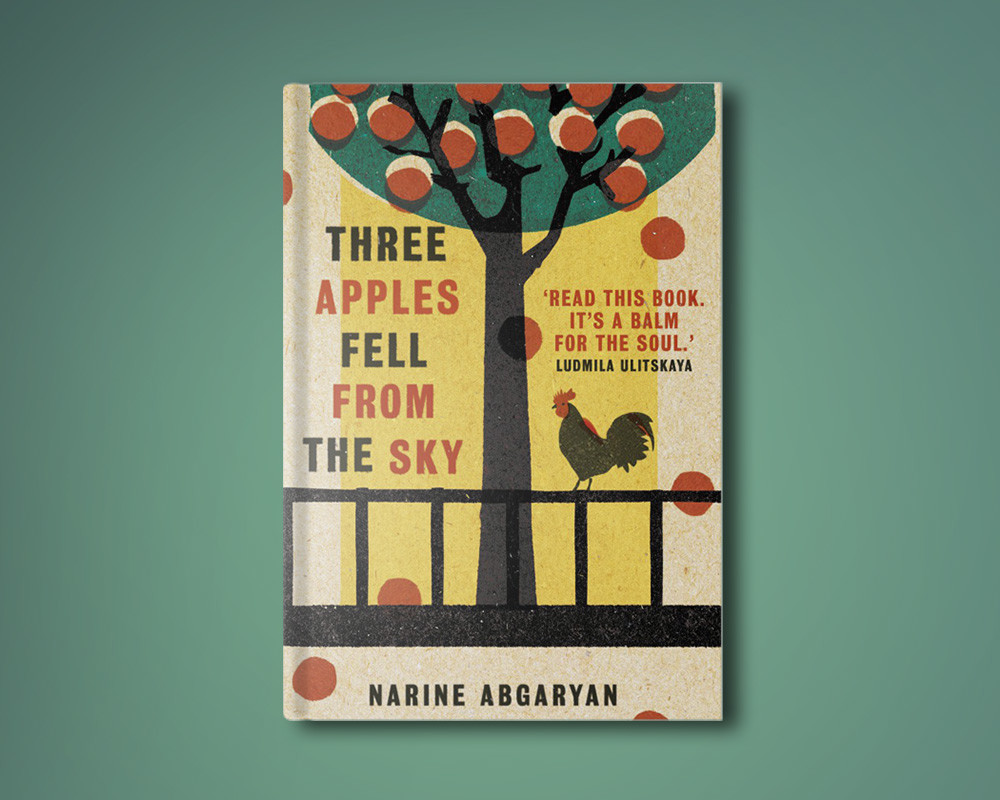 This is a story written in the magical realism style that features life in an isolated Armenian mountain village. These landscapes are very familiar to the author, a Russian-speaking writer with Armenian roots who was born in the USSR. The novel’s plot consists of multiple stories of very ordinary but bold and beautiful people, with so much love and humor that cannot fail to go away feeling positive and uplifted.

In Russia, the book originally written in 2015 was awarded the Leo Tolstoy literary prize “Yasnaya Polyana”. The English translator Lisa Hayden, who has lots to do with contemporary Russian literature, admits that it’s probably the warmest book she’s ever translated. “She [Narine Abgaryan] weaves together wonderful characters, personal and historical tragedy, and lots of friendship and love. And humor,” Lisa says. The translator thinks that this book is so optimistic, such a perfect antidote to so much of the pain in the world.

2. Nikolai Gogol. And the Earth Will Sit on the Moon 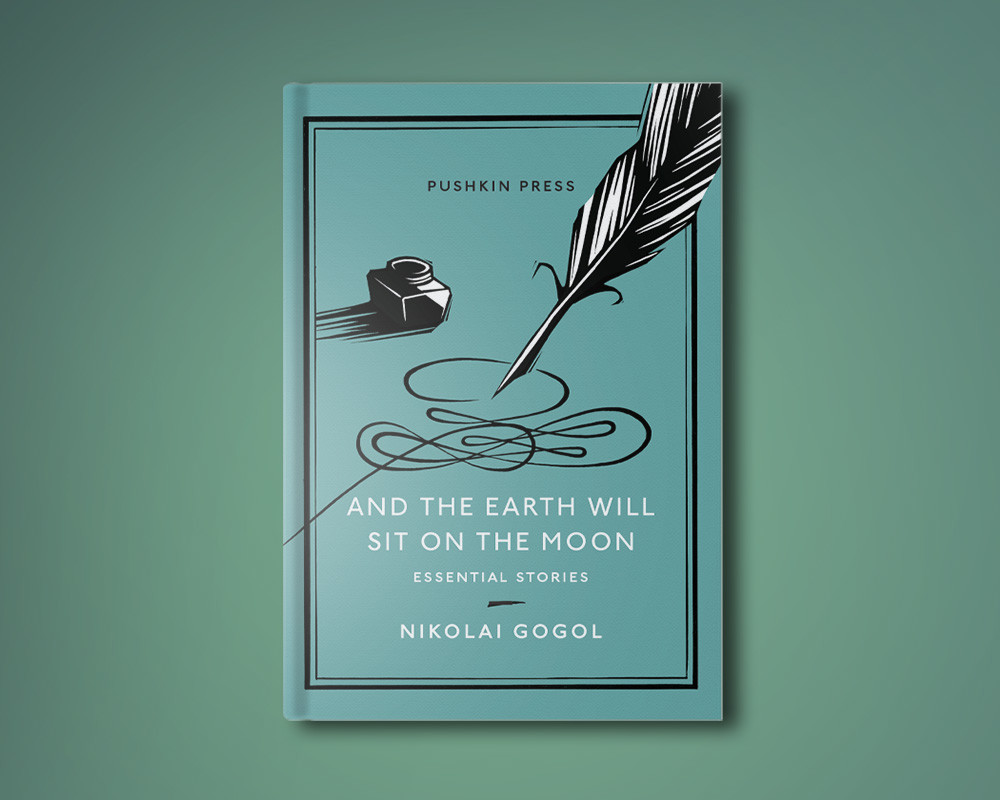 If you haven’t read the 19th century classic Russian author Gogol, it’s about time! He is not only one of the greatest and most acclaimed writers in Russian literature, but also very different from Tolstoy, Dostoyevsky and many other novelists - and not least because of his sense of humor, subtle irony and satire. The Guardian calls him ‘the funniest’ Russian writer.

This book is a collection of short stories featuring the absurdities of Russian life, and includes the famous ‘The Overcoat’, ‘The Nose’ and ‘Diary of a Madman’ and less-known bold stories of both noble Petersburg life and the rural flavors of the author’s native Ukraine. The book has been freshly translated into English by Oliver Ready, an award-winning translator who has already dealt with Dostoyevsky’s Crime and Punishment and two novels by contemporary author Vladimir Sharov. 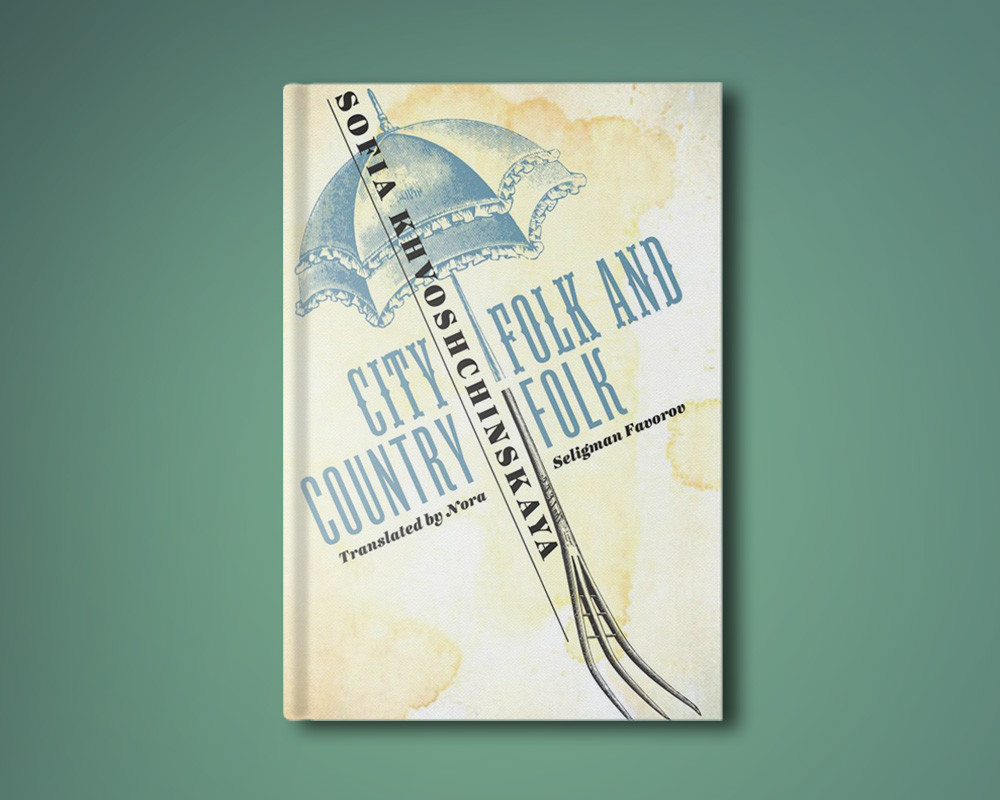 This 19th century novel featuring Russian society in the 1860s was written by a woman, however, to be published and perceived seriously the author had to take a male pen name. Full of social repartee reminiscent of Jane Austen, Khvoshchinskaya pokes fun at a not very smart provincial woman who is far from being progressive and emancipated like her young daughter who helps her to deal with all problems, including financial ones.

Being not very well known in Russia and translated into English for the first time, it became one of the bestsellers of Columbia University’s Russian Library series. “Most U.S. readers think of Russian literature as heavy and serious - important literature, for sure, but maybe not something you would read for fun. With the Russian Library, I hope we can show other sides of the tradition,” the Library’s editor Christine Dunbar claims. 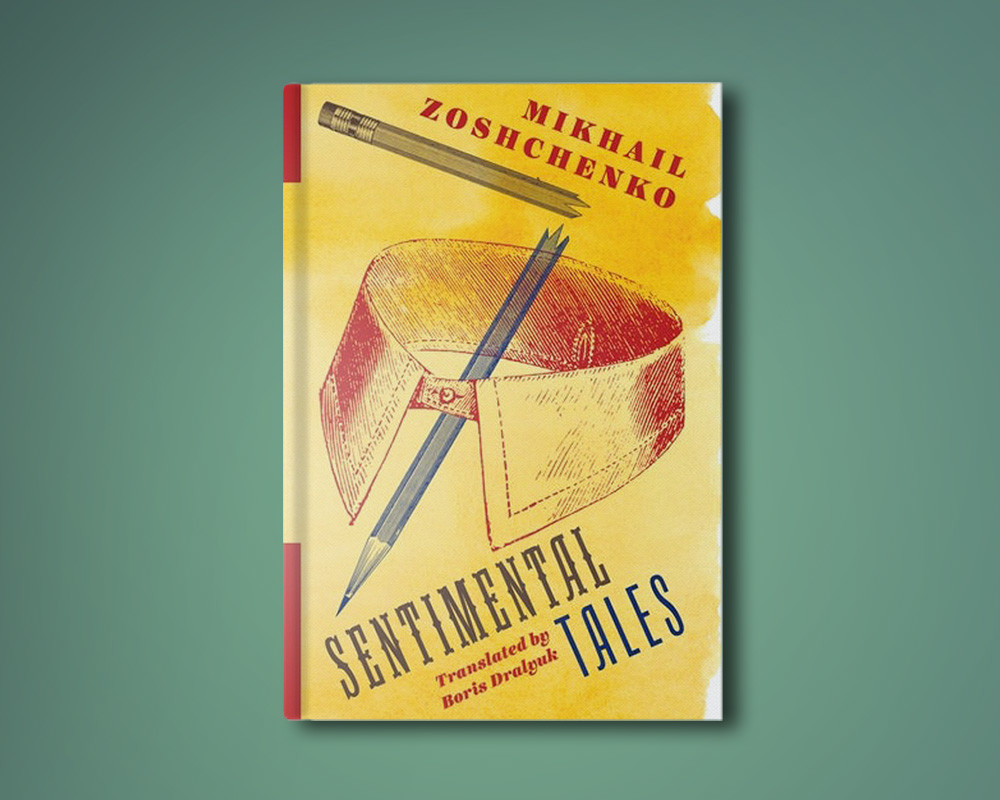 This book will transport you into the post-revolutionary Russia of the 1920s with its humorous sketches about the new reality. The author mocks proletarians who can’t appreciate art and theater and don’t know good manners - but after the Revolution they were made the elite of the new Communist society.

Mikhail Zoshchenko was a famous humorist - but Stalin’s censors didn’t agree with his satire about the new life - and he was banned from being published in the USSR. Christine Dunbar calls this book “a volume of quietly devastating - but still funny - short stories”. They show unrequited love and liberal aristocrats hopelessly out of place in the new Russia, against a backdrop of overcrowded apartments, scheming, and daydreaming.

5. Alexander Grin. Fandango and Other Stories 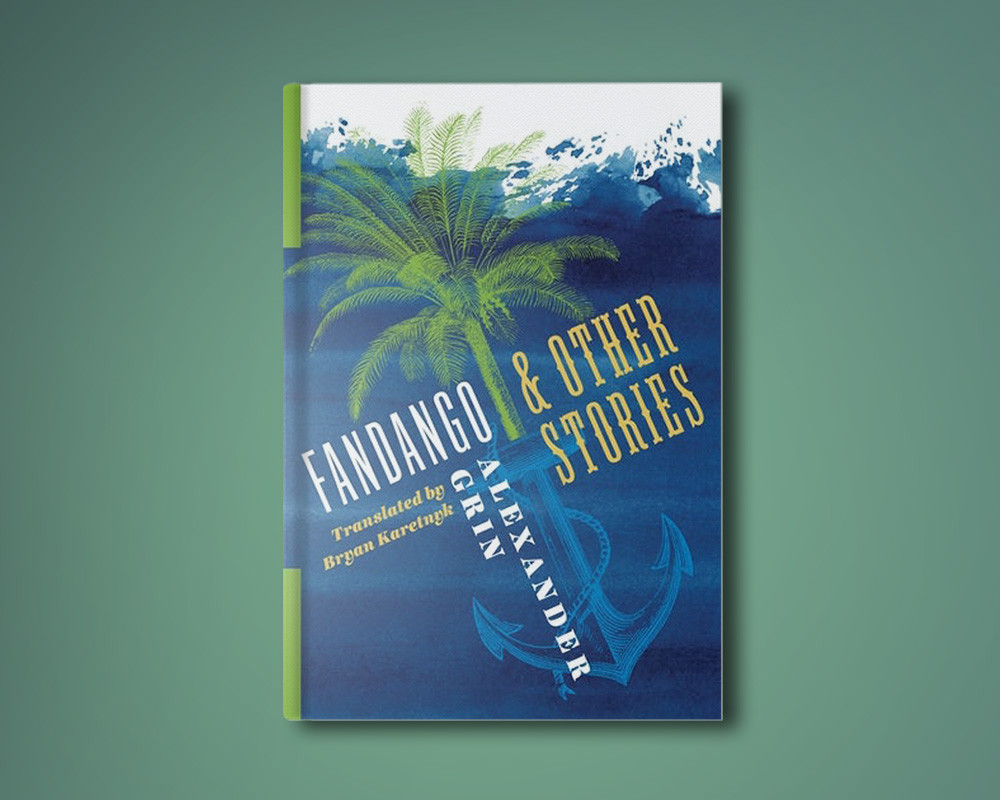 Early 20th century Alexander Grin’s neo romantic stories are full of adventures, travels, fantasy and dreams. The first book he read was Gulliver's Travels by Jonathan Swift, and for his whole life he dreamed of seafaring and took several attempts to escape house and went to the sea as he was a kid. As an adult looking for his own identity he changed lots of jobs, worked as a sailor, docker, coal miner, gold digger and that’s not the end of the list. He used to travel a lot - and in his stories he depicts the characters and landscapes that he saw though moving them into a fictional country called “Grinland”.

Grin’s most famous novel is Scarlet Sails, a classic of Russian literature, was published in 1923 and later turned into a great Soviet movie. However, in late 1920s Soviet censorship banned republishing Grin’s works and allowed him to issue only one new book a year because his aesthetics and plots were not relevant for the Soviet reality. This frankly killed the author, and in several years he died.