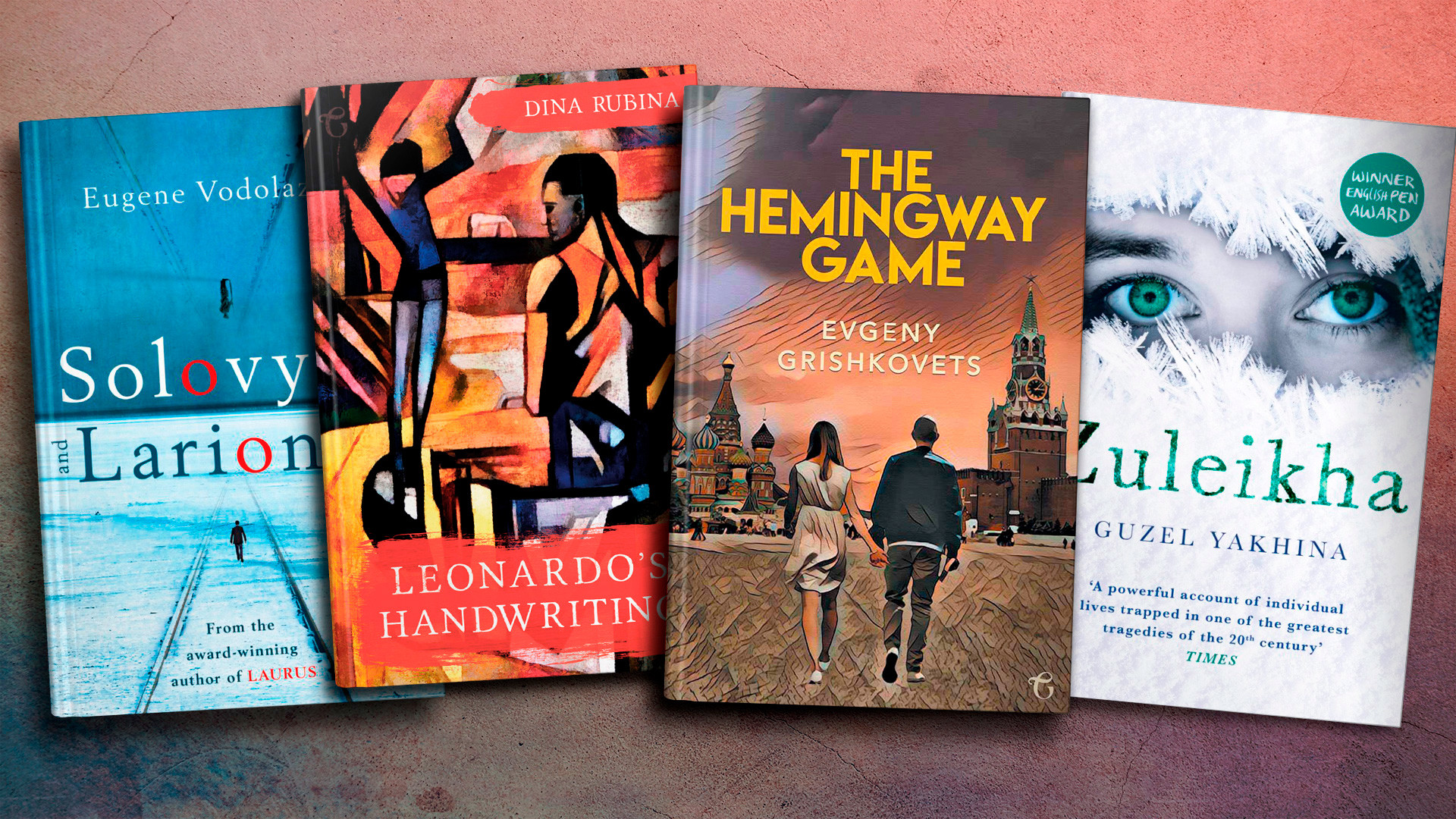 Everyman's Library; Glagoslav Publications; Oneworld Publications; Pixabay
Here is a brief guide to great novels and non-fiction books that you might have missed but that are absolutely worth your time. 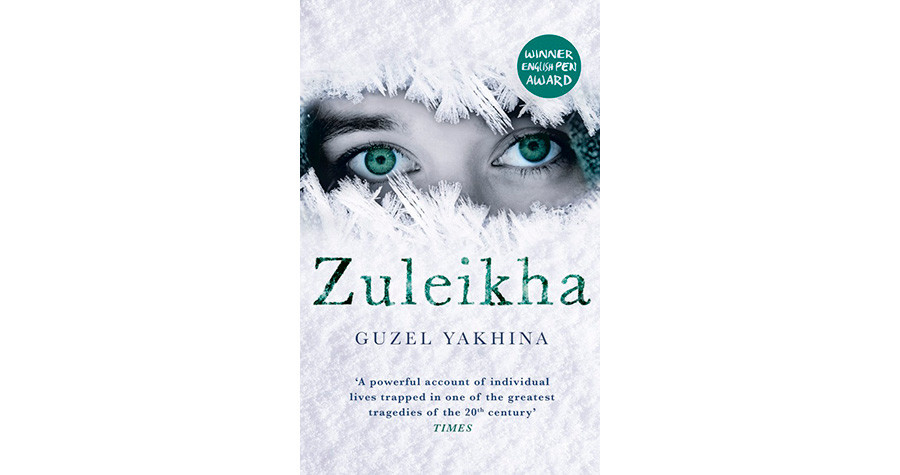 When this book debuted it took Russia’s contemporary literature scene by storm and became a bestseller. Now, it’s been screened into a TV series. This book tells the dramatic story of a Muslim woman, named Zuleikha, who comes from a small Tatar village and who was sent to the Gulag in Stalin’s times.

The boat transporting prisoners sinks and only a few people survive, including one officer and Zuleikha. They have to build a new life alone in the taiga. But despite the awful living conditions, Zuleikha is able to find love and a professional occupation that she has a knack for.

The novel is partly based on the documentary evidence of people dispossessed and exiled during Stalin’s collectivization. 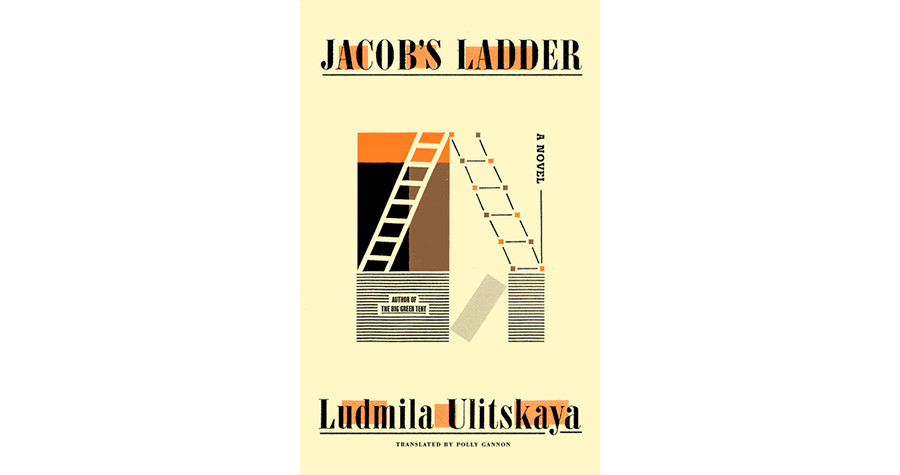 The latest novel by one of Russia’s greatest living authors is based on her own life story and that of her family. The main character is a woman who finds the letters and diaries of her grandfather who she has never met. Surprisingly, she finds that their lives are somehow intertwined.

The novel has two plot lines - one tells about her grandfather who was imprisoned in the Stalinist era, which leads to family members turning their backs on him. The second one is the modern-day woman with her turbulent life and love story. Just like the other novels by Ulitskaya, this one is full of intelligent narrative, reflection, deep psychology and exploration of something that connects a person with their roots in different (though not always positive) ways. 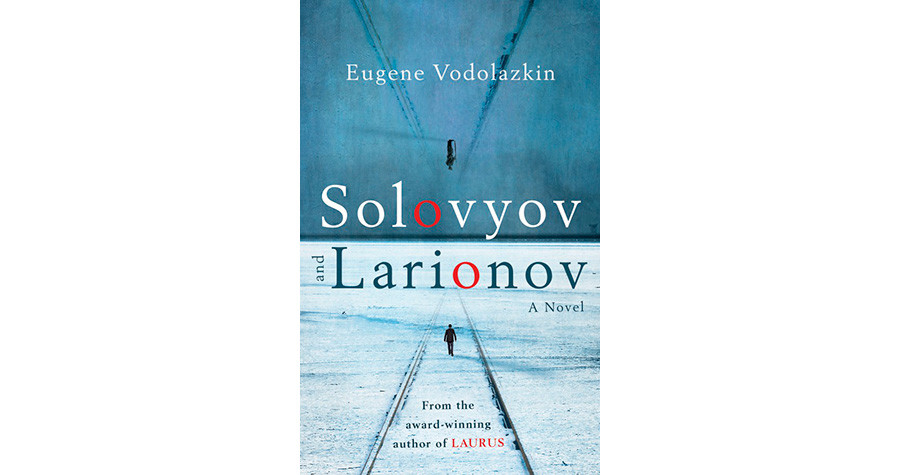 This is another novel that connects past and present. A student, Solovyov, is writing a paper about the White Army’s General Larionov and his fate during the Revolution and Civil War in Russia. The student sets off to Crimea, which was one of the main places of battle during the Civil War. A conference devoted to the life of General Larionov is underway, and oddly enough the destinies of the general and student become intertwined. Moreover, the novel contains a slight irony about all the scholarly research and conferences that the author Eugene Vodolazkin, a medieval expert and philologist, knows from his first-hand experiences. 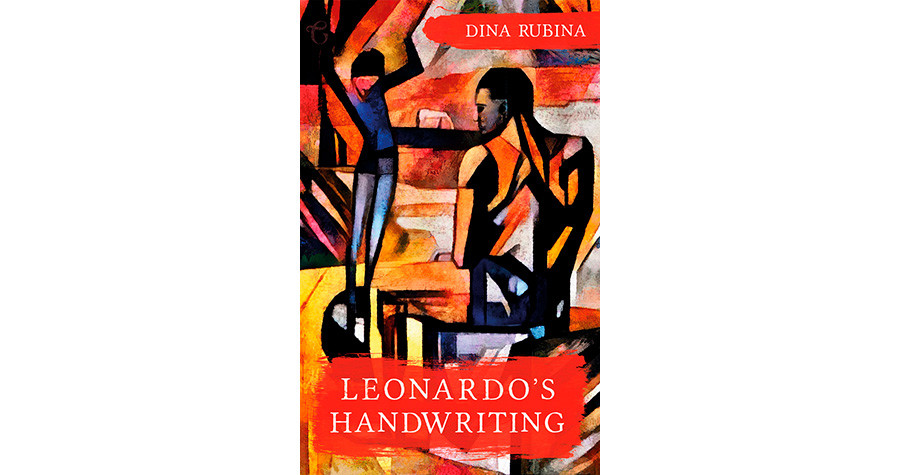 Anna’s writing is very unusual and what she wrote can only be read by looking in the mirror - this rare talent is called ‘Leonardo’s handwriting’ because the great Leonardo da Vinci was the first genius who could do this. Those who don’t understand the secret of this weird handwriting feel light-headed.

Moreover, Anna has another strange characteristic -  she has the gift of clairvoyance, which gives her life a mystical aspect.

As in all books by Dina Rubina, the reader travels from provincial Ukrainian cities to Moscow, as well as all over the world from Frankfurt to Montreal. 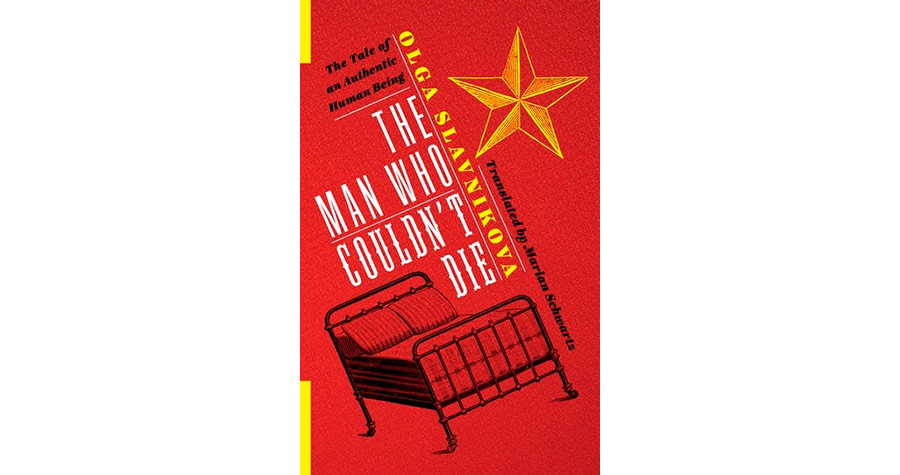 A man is paralyzed after a stroke, and while he lays in his bed the country he lived in changes completely - the USSR collapses and the chaos of the 1990s begins with western goods flooding into Russia. The man’s wife and stepdaughter don't want him to be stressed out, and they hide the fact that the USSR has collapsed. They hang Brezhnev’s portrait on the wall, and make up news, even faking newspaper articles for him.

The book’s subtitle is, “The Tale of an Authentic Human Being,” which indicates how the author, Olga Slavnikova, is keen to research metaphysical questions on how life is affected by external factors, and what it would be like if you terminate all external life and just remain in your own world. 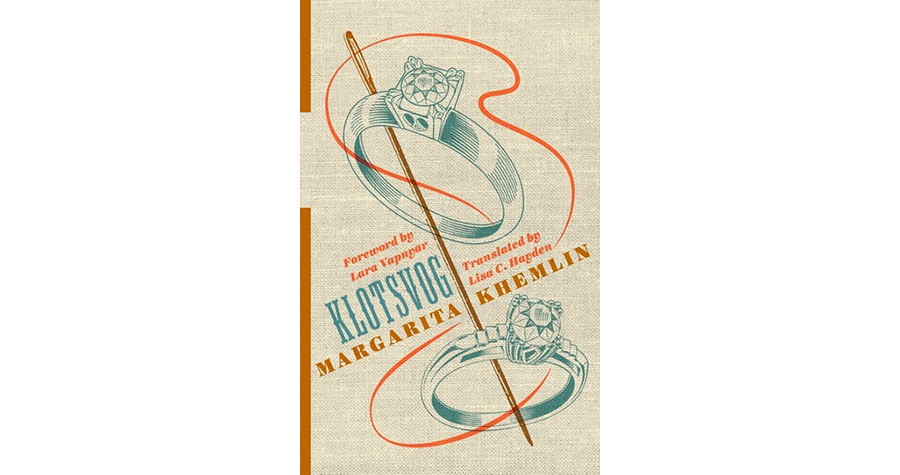 ‘Klotsvog’ is the surname of an Ukrainian-born Jewish woman who makes a confession. Just like the author herself, the character lives in Moscow and recalls her turbulent and adventurous life from the late 1940s to 1970s. It's a long and deeply self-reflecting monolog that tells the reader about a colorful personal life and bright love affairs. In general, the novel gives a sense of what it was like to be a Jew in the Soviet state.

Margarita Khemlin explores the life and struggles of Soviet Jews in all of her works. In one of her most famous books, The Investigator, Khemlin bravely tackles very controversial issues, such as forced collectivization, Ukraine’s famine and Stalin’s anti-Semitism.

The book is another translation work by Lisa Hayden, who skillfully handles the very specific lexicon that is flavored with ethnic words (be it Jews in this book, or Tatar as in the above mentioned Zuleikha). 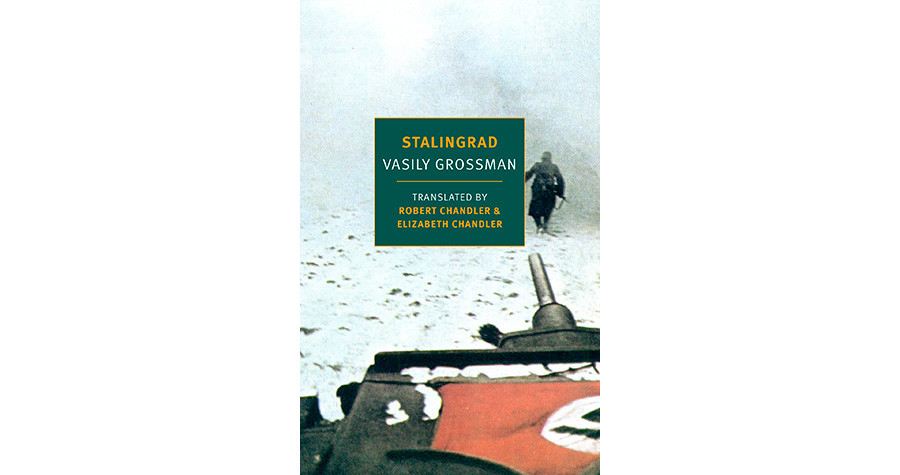 Vasily Grossman's epic novel, Life and Fate, is often described as the ‘War and Peace of the 20th Century.’ Nevertheless, it was banned in the Soviet Union because it was very anti-Stalinist (Grossman even compares Stalin to Hitler).

Stalingrad is an earlier work, however, a sort of prequel that describes in a more patriotic way the Battle of Stalingrad, the most brutal moments of which Grossman witnessed while serving as a military correspondent. The book is written in the style of Socialist Realism, and was permitted to be published in the USSR in 1954.

The book was translated by Robert Chandler and Elizabeth Chandler, who are credited with bringing the most challenging authors to the English-speaking audience, such as Grossman's other works, Andrey Platonov, Teffi, Pushkin's prose and more. 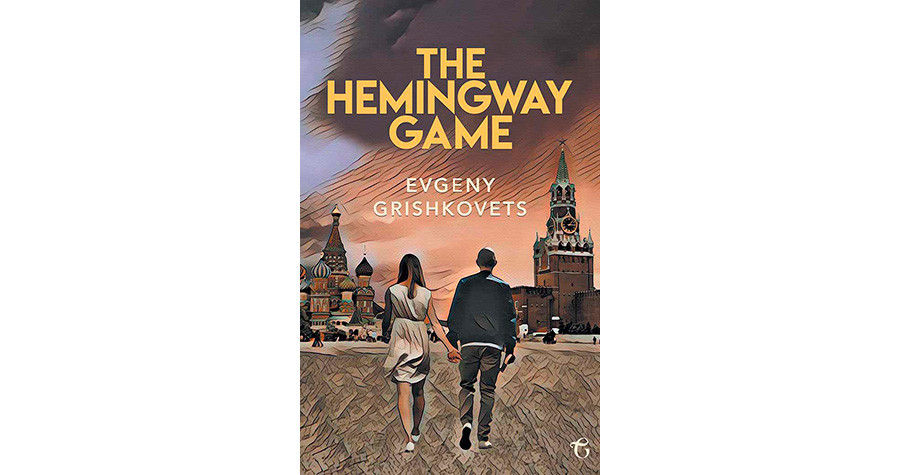 Grishkovets is famous for his plays and one man shows where he tells stories about life: describing and noticing moments that everyone has ever felt; as well as remembering childhood and the feelings of a small kid in a big world.

This is a novel about life; about emotions, self-doubts, and the strong desire to impress someone and a deep but naive effort at self-reflection. After reading this book, you'll understand one important thing - you are not alone in all of your inner and even very weird thoughts.

9. Mikhail Gorbachev - On My Country and the World 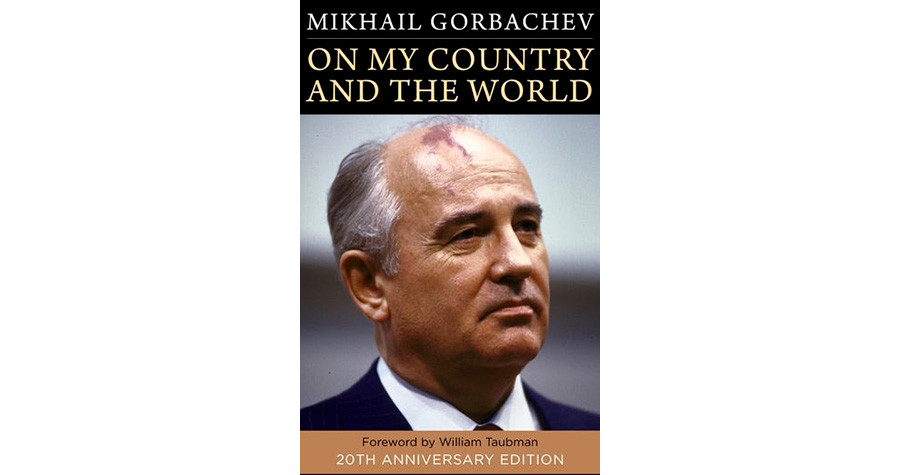 The first Soviet president - to whom we should be thankful for such words as glasnost, Perestroika, as well as the fall of the Berlin Wall - reflects on the USSR and particularly on its demise. He looks back at the Cold War and how the Soviet Union influenced western countries. Moreover, he speaks out on the Bolshevik Revolution and ponders the future of Russia.

This is an eyewitness account from the man behind Perestroika, and who was one of the most important figures during Russia's turbulent times. 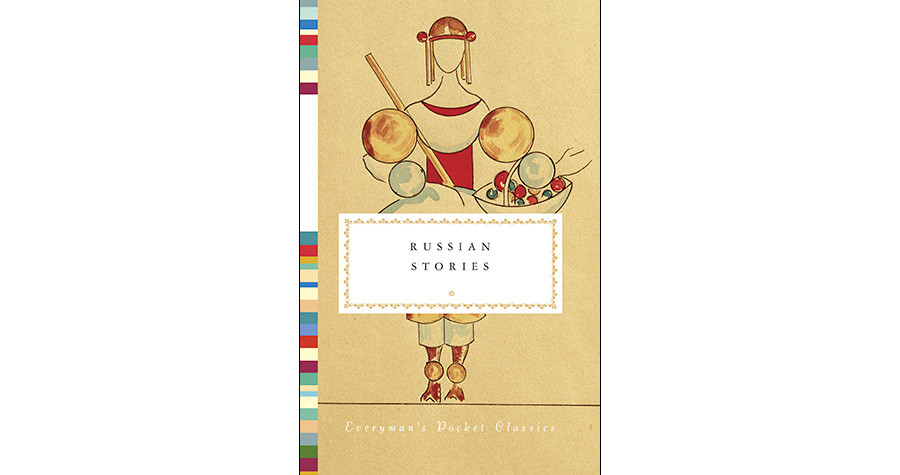 This collection of very well-written short stories will give you a wide spectrum of emotions, and will help to identify your favorite style and author for a future deeper exploration. 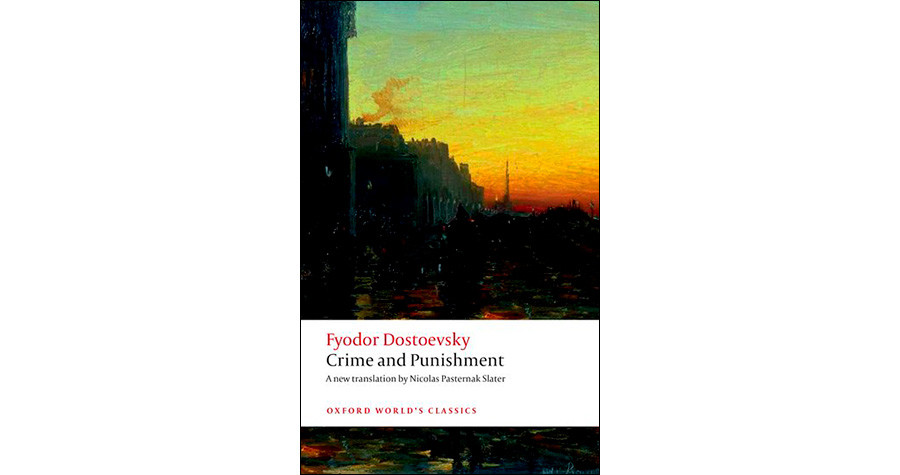 A miserable St. Petersburg student dares to challenge God and fate. He wants to find out whether he is a pitiful, trembling creature or if he is able to determine his own destiny. He decides to prove a point to himself by killing an old lady pawnbroker who is ruining his life.

If you still haven't read one of the most famous Russian novels, or if you have and just love it - here’s your chance to read a brand new translation, which includes a biographical sketch, and the story about how Dostoevsky wrote the book.