8 Russian songs that are famous EVERYWHERE 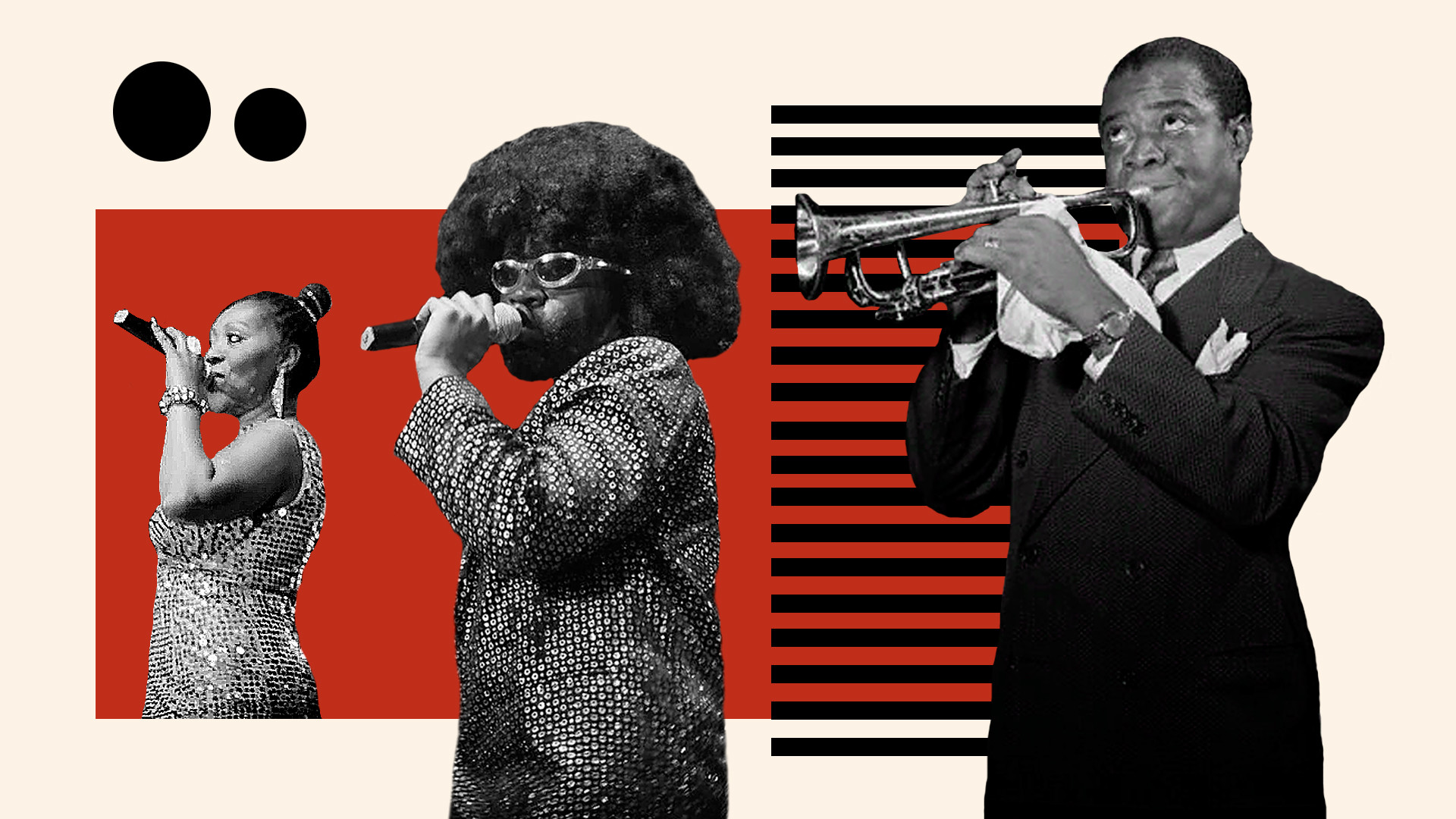 Pavol Frešo (CC BY 2.0); Public Domain; Russia Beyond
Throughout the 20th century, Russian songs were covered by the likes of Louis Armstrong, Boney-M and others. Today, these songs and dance tracks can be found in set lists of international artists like Armin van Buuren and Iggy Azalea - not to mention thousands of YouTube and TikTok memes.

Rock guitars set to a backdrop of flailing USSR and U.S. flags, a kitschy hammer & sickle logo and five guys that sound something like a Russian version of Def Leppard or Bon Jovi - these attributes were the calling card of the Soviet Band ‘Gorky Park’, which gained popularity in Europe and the United States at the tail end of the 1980s.

After the fall of the Iron Curtain, U.S. interest in Russian culture and music suddenly spiked. Composer and producer Stas Namin realized that and created the perfect outfit to bridge the cultural gap and take America by storm.

“I was deliberately making an export project and understood perfectly that the American and the wider global market would need a band that sang in English and played in the kind of style that was popular in America at the time,” he once said.

The band was created in 1987 and began recording their first album in 1989. ‘Bang’ - one of their biggest hits, had the music video for it filmed in New York, making it into MTV’s Top-15 and holding at No. 3 for two months. The album itself ranked No. 80 in the Billboard 200 chart, selling 300,000 copies in the first three weeks of its release.

Working off of that success, the band recorded the song ‘Peace in Our Time’, which featured their idol Jon Bon Jovi, then went on two U.S. tours, followed by headlining the Moscow Music Peace Festival at Luzhniki Stadium with Bon Jovi, Ozzy Osbourne and Skid Row.

After some time, the band made a joint decision to fire Namin - who was manager of the band, effectively ending their career. Their last really popular single became ‘Moscow Calling’. The album of the same name became their last. It was released in 1993, selling a total of 500,000 copies in Europe, Asia and Russia. It didn’t manage to break into the U.S. charts, however.

This Russian musical duo, created in 1999, held onto its popularity for the longest time by milking the lesbian theme for all its worth, becoming very popular in the U.S. and Europe. Their first single ‘Ya Soshla s Uma’ (“I Have Gone Insane”) immediately shot to the top of Russian MTV charts and received millions of plays on the country’s radio stations. The music video also snagged a Viewers’ Choice - Best Russian Video award at the MTV Video Music Awards.

2001 saw the release of their second stratospheric hit ‘Nas Ne Dogonyat’ (“Not Gonna Get Us”), which actually got an English language do-over a year later in the U.S.

The track made the charts everywhere, including the U.S., Australia, Asia and Latin America.

In 2003, the band performed at the MTV Movie Awards and took third place in the Eurovision Song Contest. In 2004, the duet broke ties with its producer, but released another international album, holding on for another five years before calling it quits in 2009.

Little Big really hit the big time with the release of their whacky music video for the song ‘Skibidi’, which has nearly 445 million views on YouTube at the time of writing. The track received the Ketnet award in Belgium in the Hype of the Year category, and was praised by club culture magazine Mixmag. The song also made it into the Just Dance 2020 video game.

The band is enjoying another breakthrough with their track ‘Uno’, which was to be performed at the 2020 Eurovision Song Contest, but was cancelled due to the coronavirus. The music video was, however, published on the contest’s official YouTube channel, becoming the most watched video in the history of Eurovision with 127 million views.

In 2020, YouTube and TikTok blew up with the Coffin Dance meme - a video of a funeral somewhere in Africa, which showed dancing pallbearers. The video became a symbol of “things not working out” with the hashtag #coffindance and was viewed more than 2 billion times on TikTok.

The author of the music turned out to be Russian Anton Igumov. According to the artist, he began writing music in 2007, uploading ‘Astromania’ to the internet in 2010. The track quickly made the rounds as ‘DJ Next - Summer Hit 2010’. In 2011, Astromania became a sample in one of artist Iggy Azalea’s new songs, with Anton then recording a remix with artist Victeone in 2014.

Due to the pallbearer meme’s popularity, in 2020, the track ended up in Shazam’s global chart, taking up two spots in the Top 5: the remix took second place, while the original landed at No. 4.

Anton continues to earn a living with his music, and talks about his other creative outlet in an interview with Afisha magazine.

Vitas started out as a charming young man who was famous across Russia for his falsetto, which made him a star in 2000, when his track ‘Opera No. 2’ came out and could be found in charts nationwide, as well as earning him a number of musical award nominations.

However, it was the track ‘7th Element’ that brought him worldwide fame in 2001. You all know it - it’s the one where he appears as a silver-clad alien and sings about “bringing this song” to you all. It sure made a splash worldwide - though what kind depends on your musical taste.

In 2004-2006, Vitas toured the world. He was especially well received in Asia, where he also performed at the opening ceremony for the 29th Olympic Games in Beijing in 2008. He won Best Foreign Artist on MTV Asia in 2011.

In 2016, ‘7th Element’ blew up again - this time in the U.S. According to the artist’s website, the track was viewed by 20 million people in just 10 days. You probably know him from dozens of YouTube videos titled ‘Weird russian guy’, or some combination of these words. He defended his claim to that questionable throne when he appeared beside EDM artist Timmy Trumpet at the electronic music festival Tomorrowland. The video has so far garnered 30 million views and thousands of comments.

6. Fedor Shalyapin - ‘From the island to the midstream’

The classical Russian ‘romance’ song with lyrics borrowed from poet Dmitry Sadovnikov was dedicated to the chieftain Stepan Razin, who, as the legend goes, drowned an imprisoned Persian princess in the waters of the Volga River during the fighting at Svinoy Island in 1669. The song’s most popular version was performed by USSR’s beloved Fedor Shalyapin.

In the West, however, the Russian romance was interpreted rather differently to its original meaning. In the 1960s, an Australian band called The Seekers was popular in the UK and U.S. London-based producer and songwriter Tom Springfield heard the song and was inspired to pen a different set of lyrics for the music, to be performed by The Seekers. This is how ‘The Carnival is Over’ was born. It talks of a couple having to separate at the end of a celebration.

The song held top spots in the British charts for three weeks, getting another cover from Boney-M in the late 1980s.

And here’s yet another version from the cult singer-songwriter Nick Cave.

One of the most recognizable Russian romances in the world has to be Fedor Shalyapin’s ‘Ochi Chernye’, set to the lyrics of writer Evgeniy Grebenka. It first appeared in 1884. And you might say that it’s not even completely Russian: the music actually belongs to German composer Florian Hermann, and is the ‘Valse Hommage’.

Shalyapin, for his part, performed the song in concert in Europe and the U.S.

The song was then picked up by numerous international artists, the most famous of which were Frank Sinatra and Louis Armstrong.

And the legendary voice of Julio Iglesias can be heard borrowing the motif for his iconic songs ‘Nostalgie’ and ‘Natali’.

At the dawn of the 21st century, trance music lovers across the world were introduced to PPK - a Russian band, taking its name from the first letters of its members’ last names - Polyakov, Pimenov and Korzhov.

The track reached top positions in charts worldwide, becoming the first Russian dance track to garner wide success with the likes of BBC’s Radio One.

In 2003, the band split up, due to creative differences. And in 2016, one of its founding members, Roman Korzhov, passed away from cancer.

Still, ‘Resurrection’ is often remembered to this day by the likes of Armin van Buuren, such as in this remix from 2019.

READ MORE: How one Russian song CONQUERED the world

7 legendary Russian songs people sing all over the world