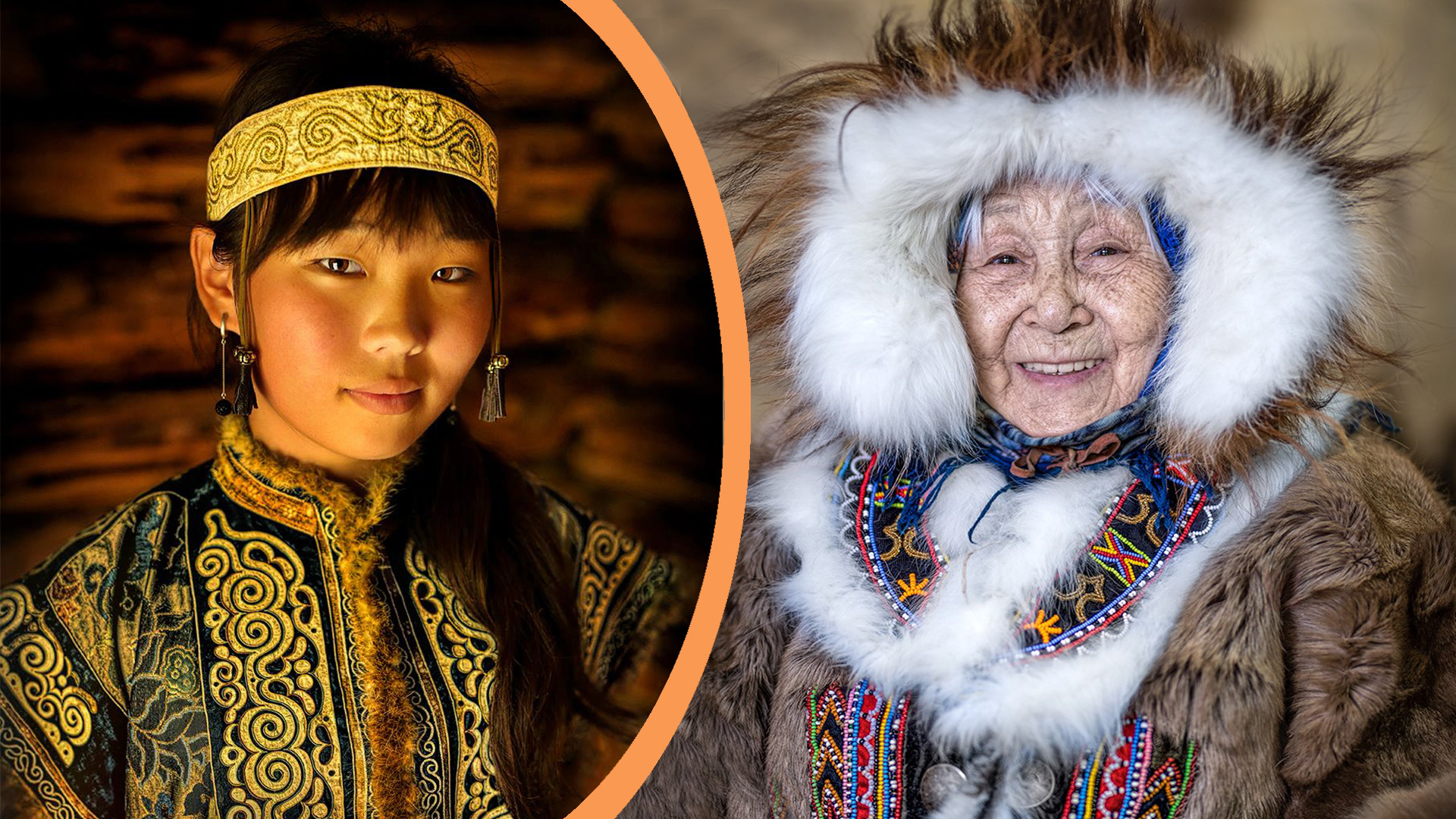 Alexander Khimushin/The World in Faces
A photographer is trying to preserve for posterity the faces and appearances of indigenous peoples in their traditional dress.

Photographer Alexander Khimushin has been photographing indigenous peoples around the world for over 12 years. He was born in Yakutia and spent a long time in Australia. In his World in Faces photo project, he has taken portraits of different peoples from all around the planet. Alexander now lives in Moscow and continues his photo expeditions across Russia, which often take him far beyond traditional tourist destinations. 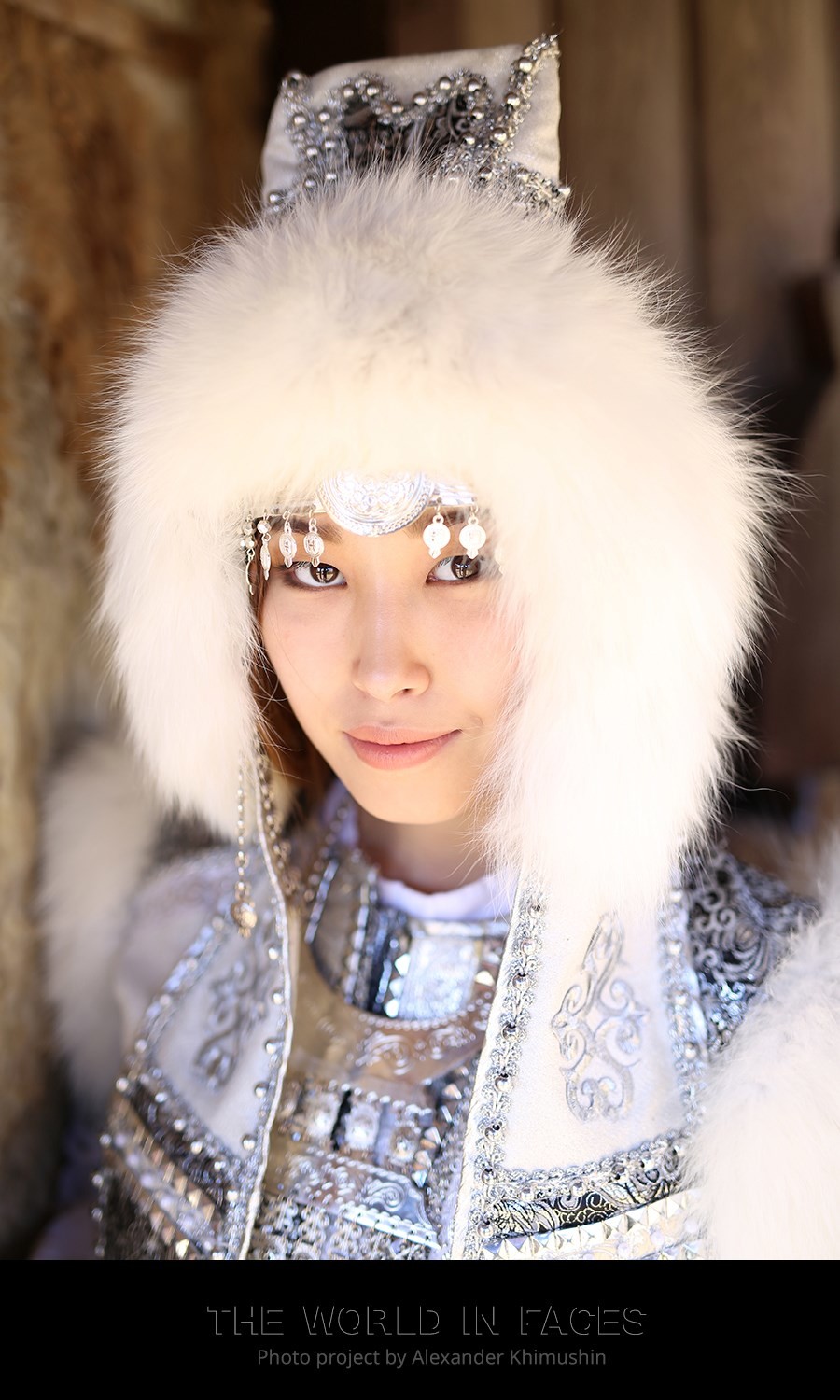 A young woman from Yakutia.

“In 2014, while sorting through numerous photographs, I saw many portraits, and it dawned on me that meeting those people was the most interesting part of my travels,” says Alexander, who describes himself as a nomadic photographer. “After all, when you cross the border, the first thing you experience is not a different nature, but a different culture and mentality.” 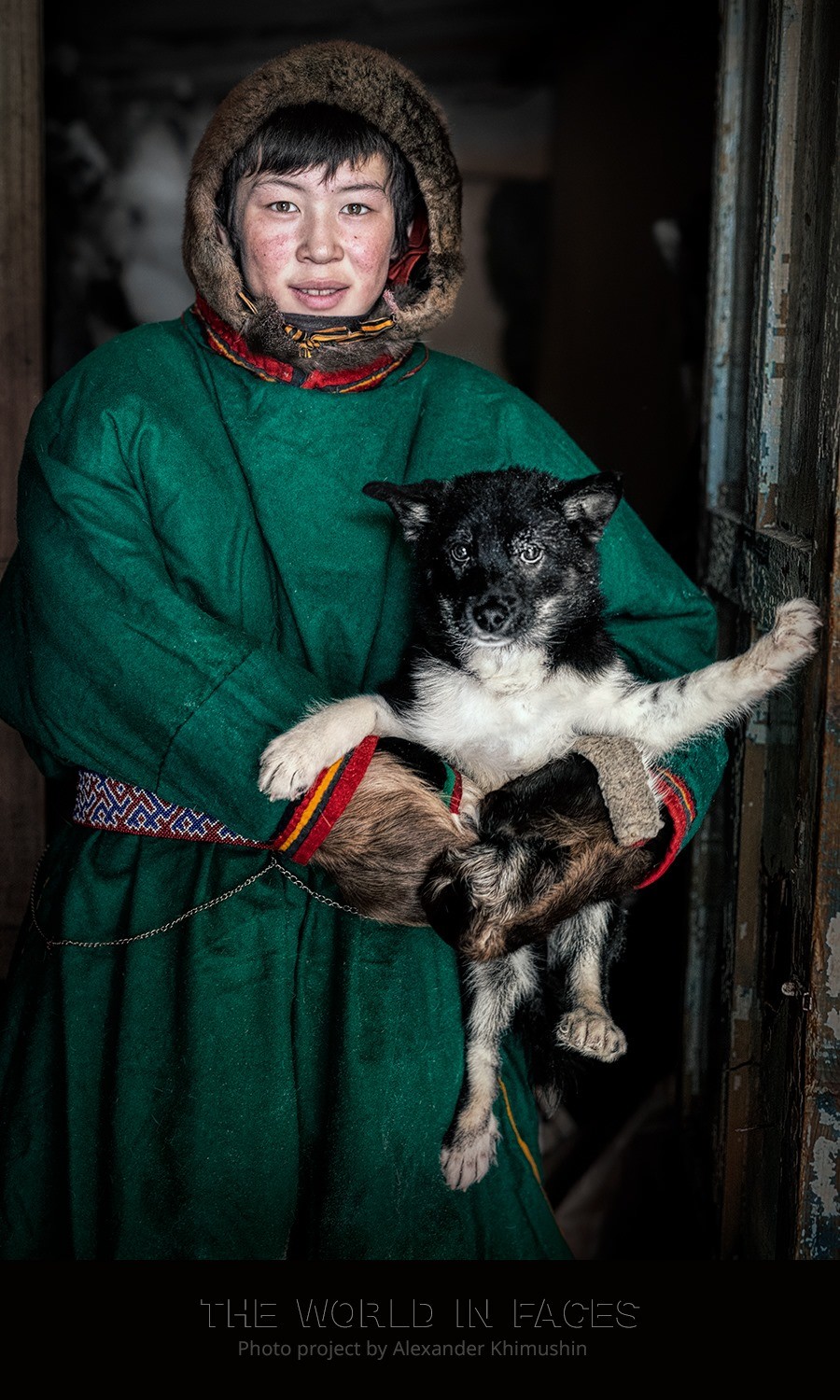 A young Nenets man with a dog.

Alexander posted the first 200 portraits on the internet under the title “The World in Faces.” He used to write a popular travel blog before deciding to devote all his time to this project. 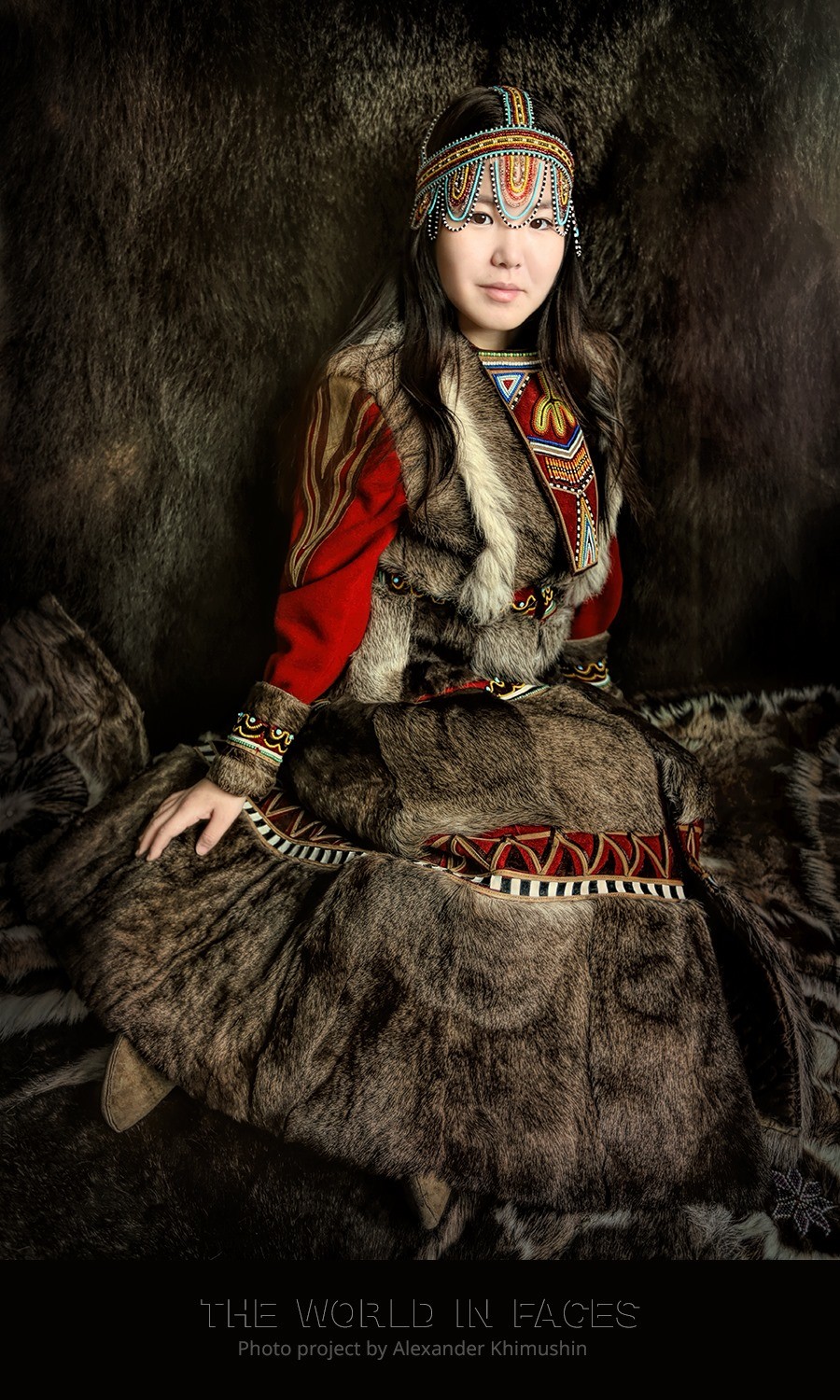 Alexander has been traveling across Russia since 2016. His first expeditions were to Siberia and the Far East. He does not research his models in advance. Rather, he takes pictures of everyone who agrees to participate and then selects the pictures he likes best. Some of the photographs spend years waiting for publication, while others go viral and appear on the front pages of newspapers such as the Daily Mail, Daily Mirror and Daily Telegraph. 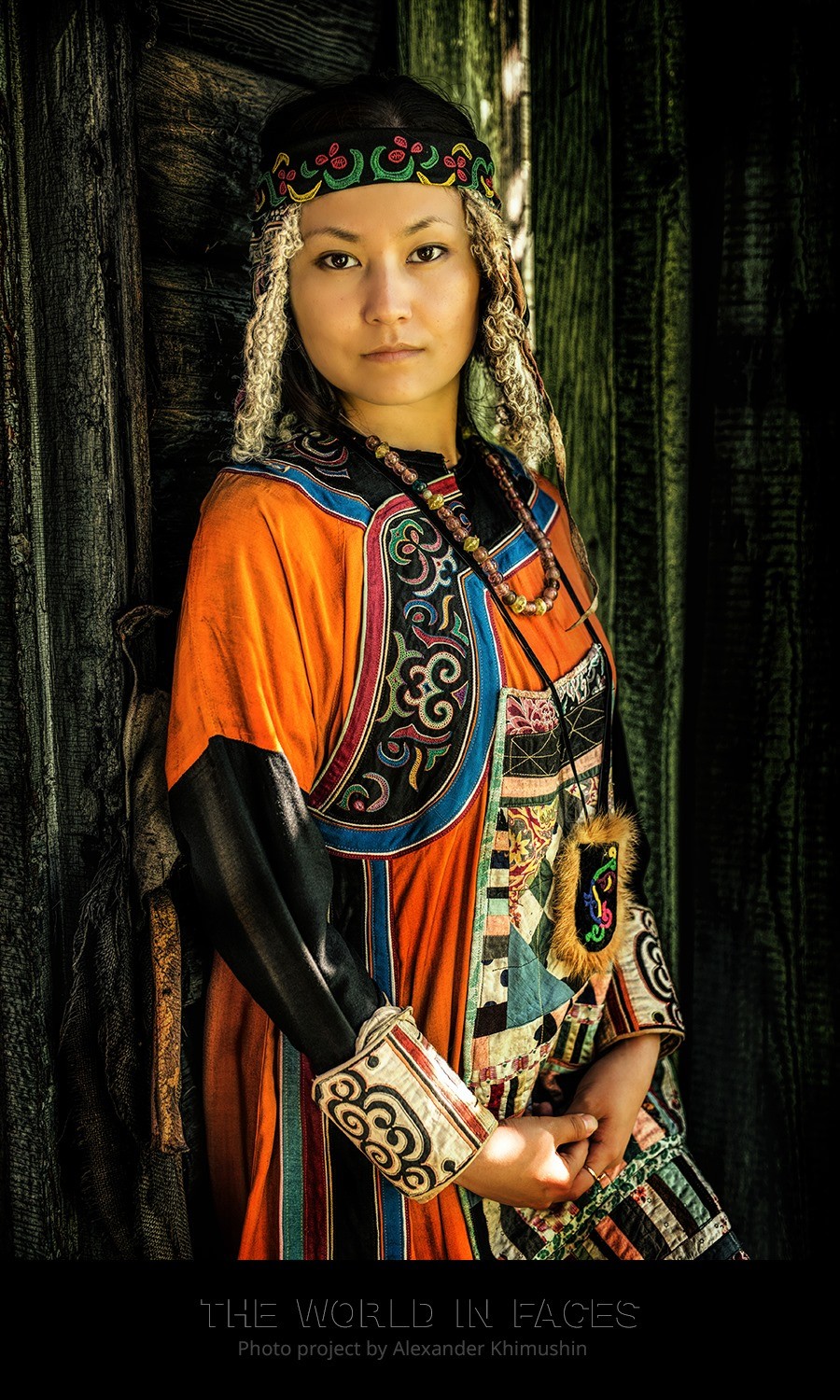 Each trip lasts from a couple of weeks to a month since many of the indigenous peoples live in remote settlements and it takes time to reach them. The costumes are chosen on the spot. Locals are often happy to take their ancestors' outfits and jewelry out from their family chests. 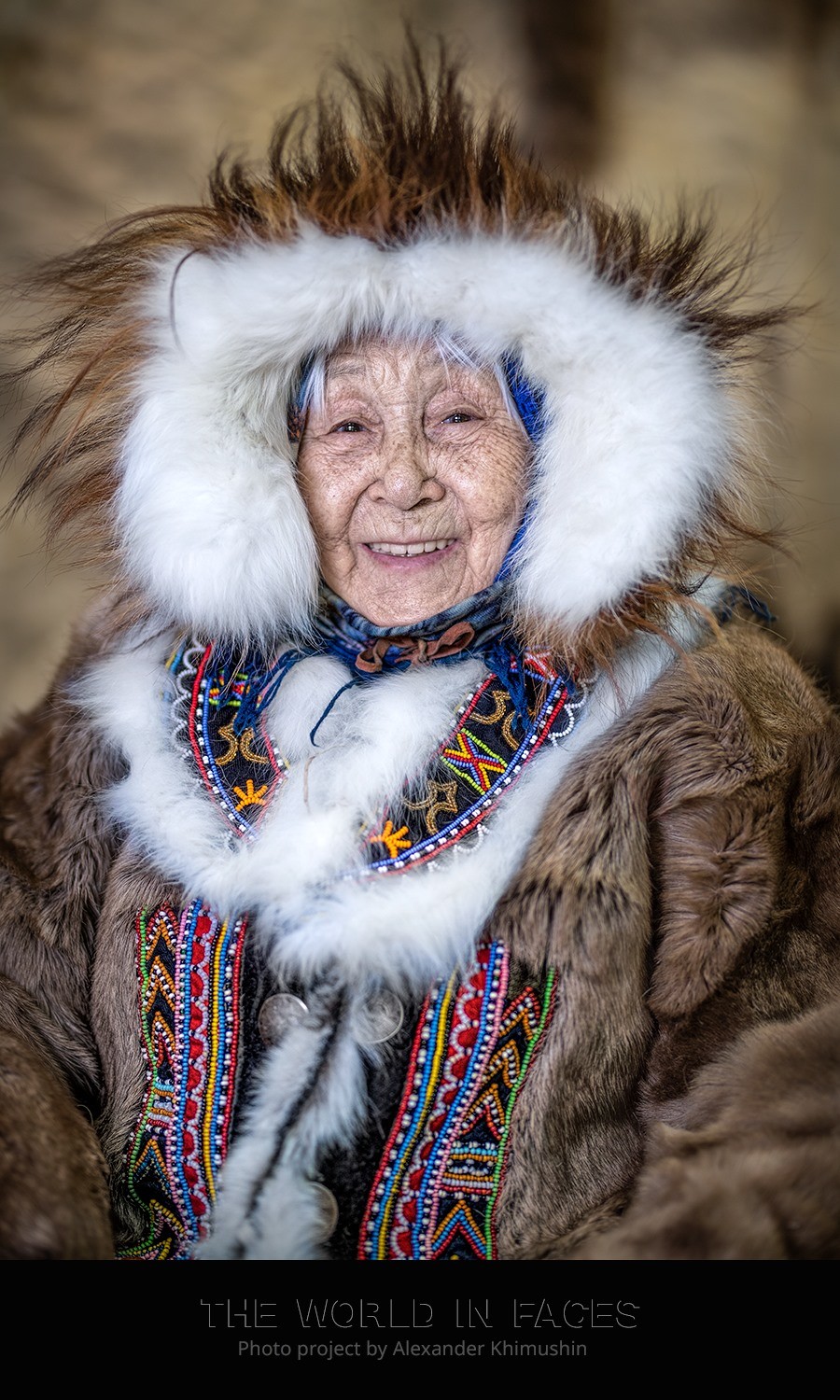 So far, Alexander has photographed representatives of about 30 indigenous peoples of Russia and dozens of other ethnic groups from around the world. Many of these peoples have officially been recognized as endangered. 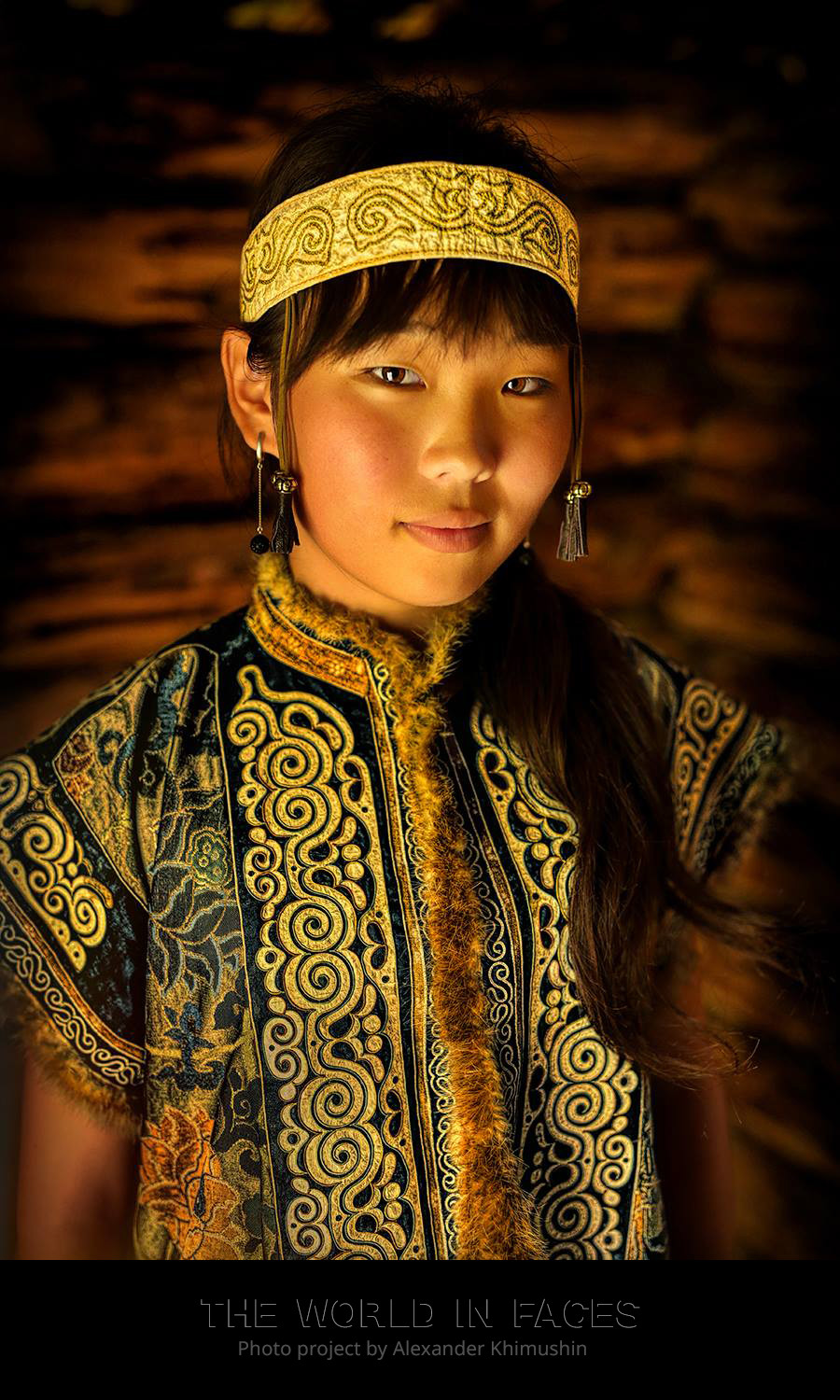 “I've been to places where representatives of the indigenous peoples number fewer than a dozen,” Alexander says. “These are spots on the map that are hard to reach. When you get there, you realize that, in fact, there are no cultural artefacts left there. There were situations when folk costumes had to be created on the basis of old sketches especially for the shoot.” 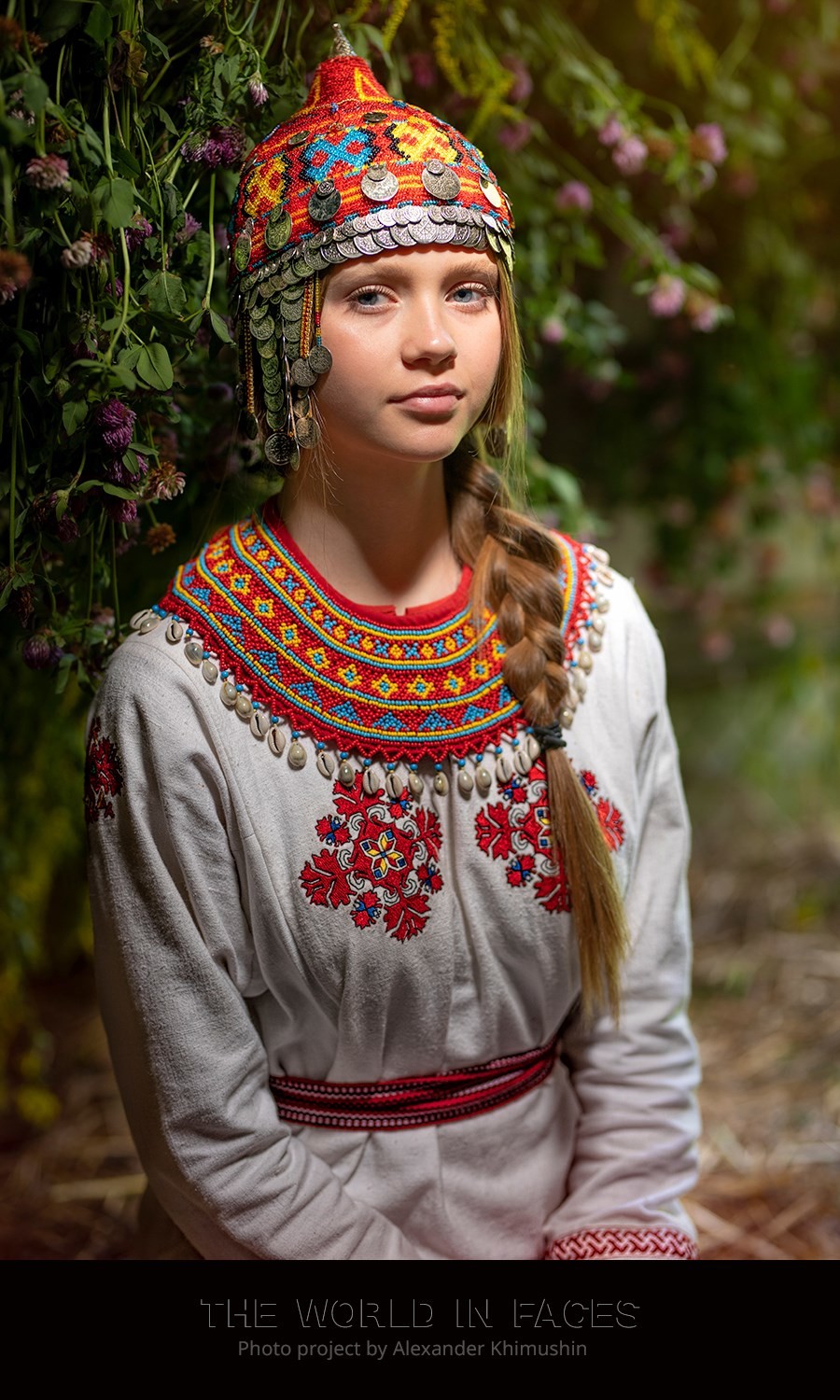 A young woman from Chuvashia.

Chuvashia was the first part of European Russia where Alexander did a photoshoot. “I photographed old babushkas in local villages and young women wearing traditional dress. A local museum provided us with real 18th century silver headdresses, which were absolutely magnificent! Also, it turned out that many Chuvash people have preserved folk costumes handed down from their great-grandmothers and decorated with old coins." 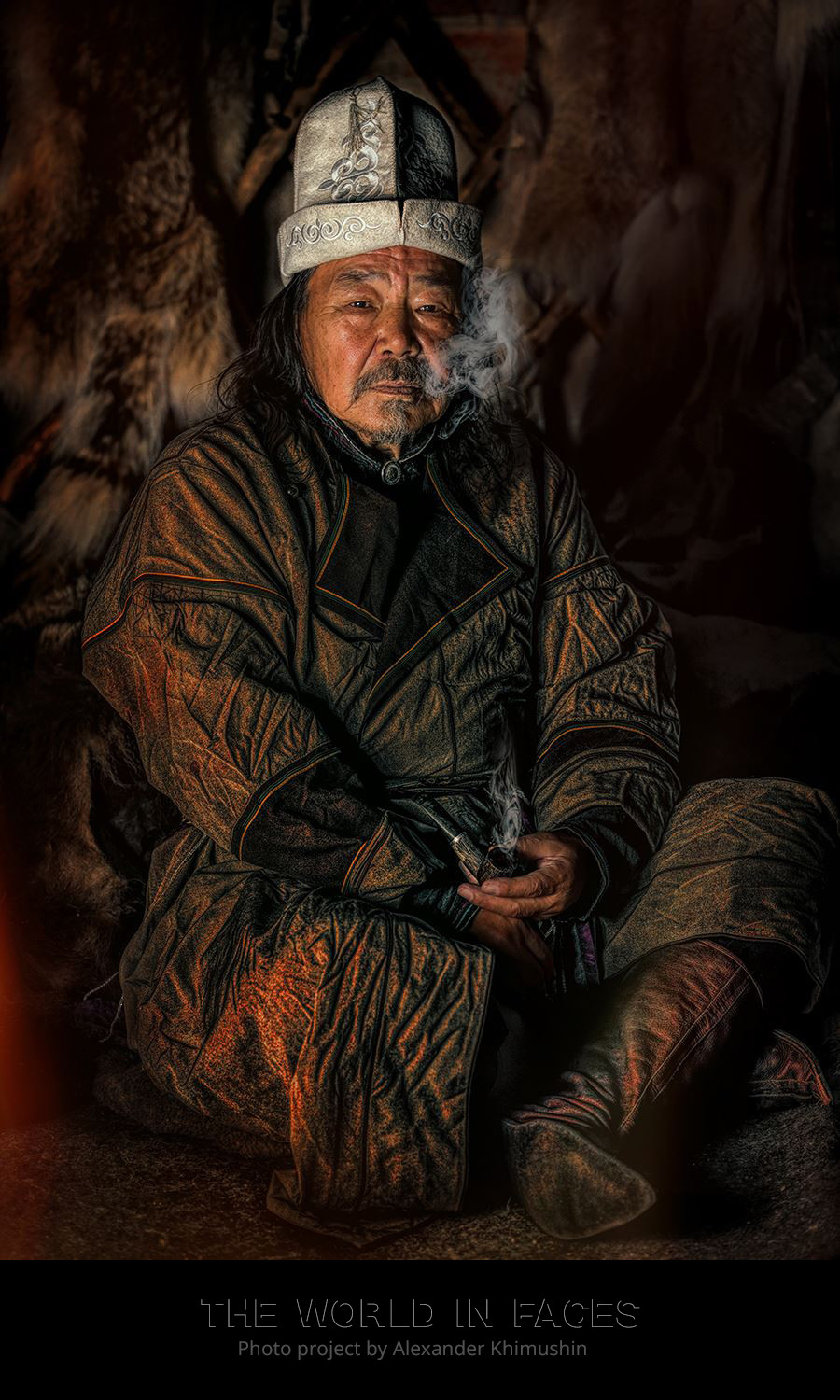 A man from Khakassia.

“The thing that I enjoy most in my work is meeting people,” Alexander says. “I even try not to read guidebooks before a trip so that there are no expectations.” 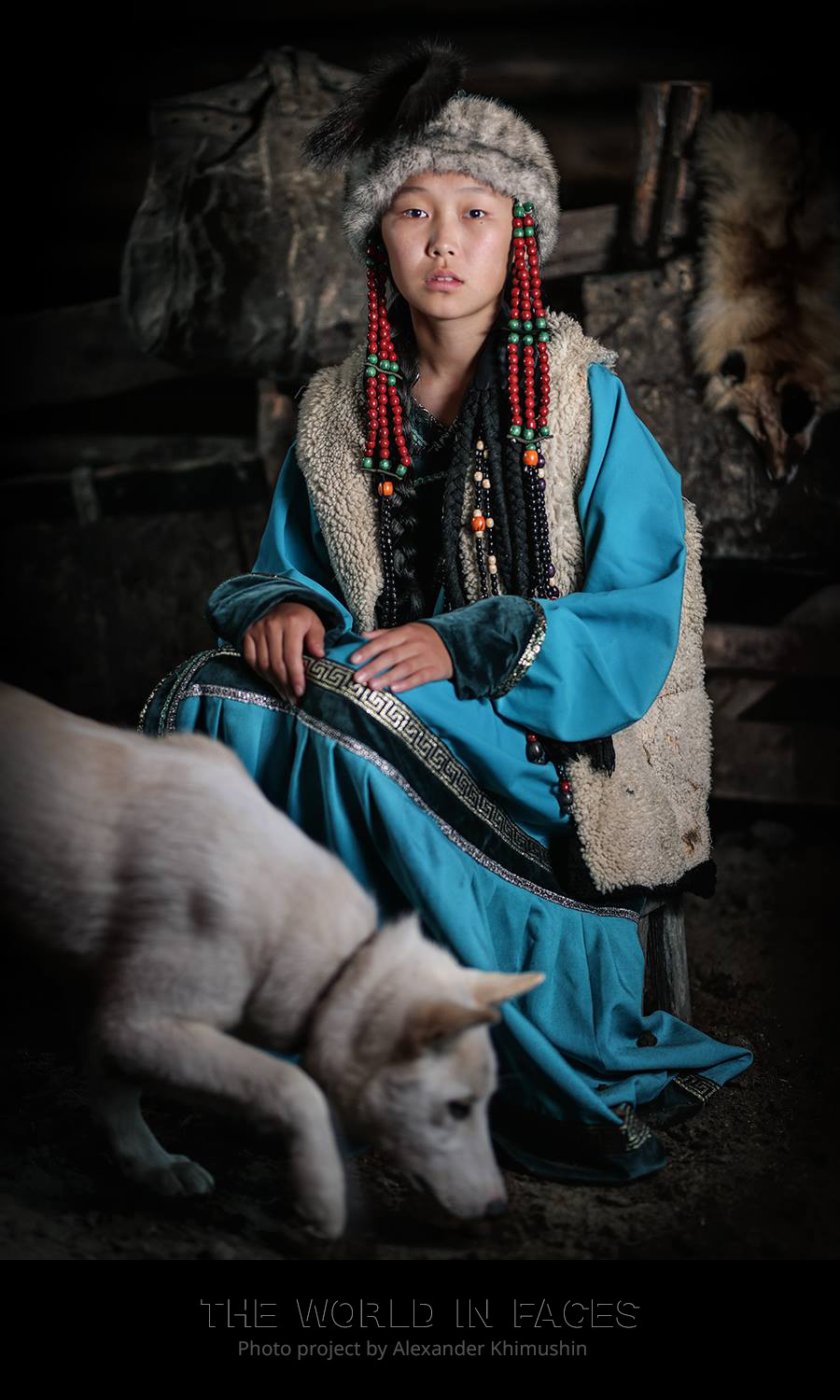 “Now everyone knows me and greets me as a relative,” Alexander says. “When I was planning a trip to Kamchatka, I did not have any clear plans, so I just wrote to several virtual acquaintances on social media. Literally a day later, we were put in touch with people involved in local culture and had the trip organized.” 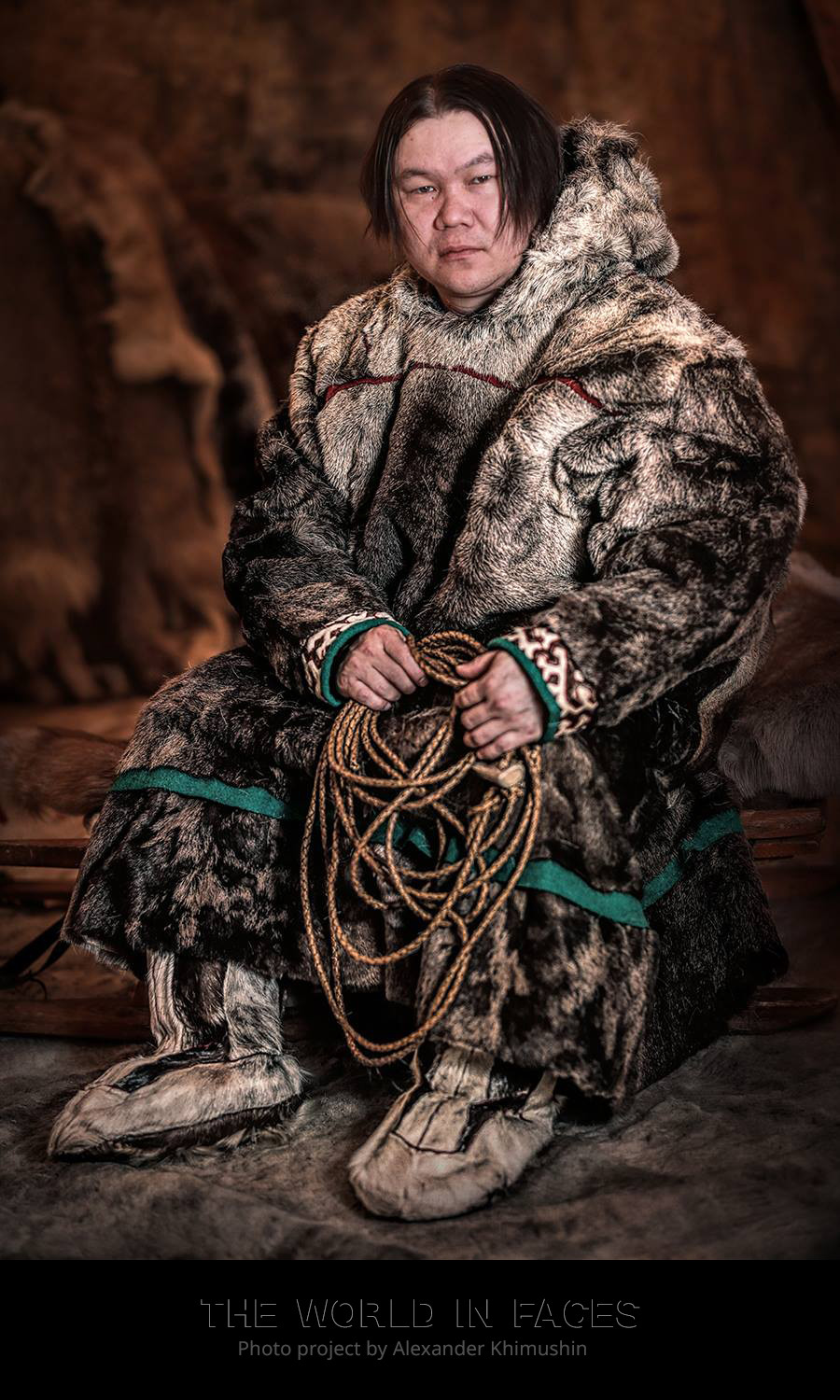 Alexander now has thousands of portraits in his collection, and he has no intention of stopping his work. “There are many indigenous peoples in Russia, and I want to show them all, but I understand that this is a long story, maybe a lifelong one.” 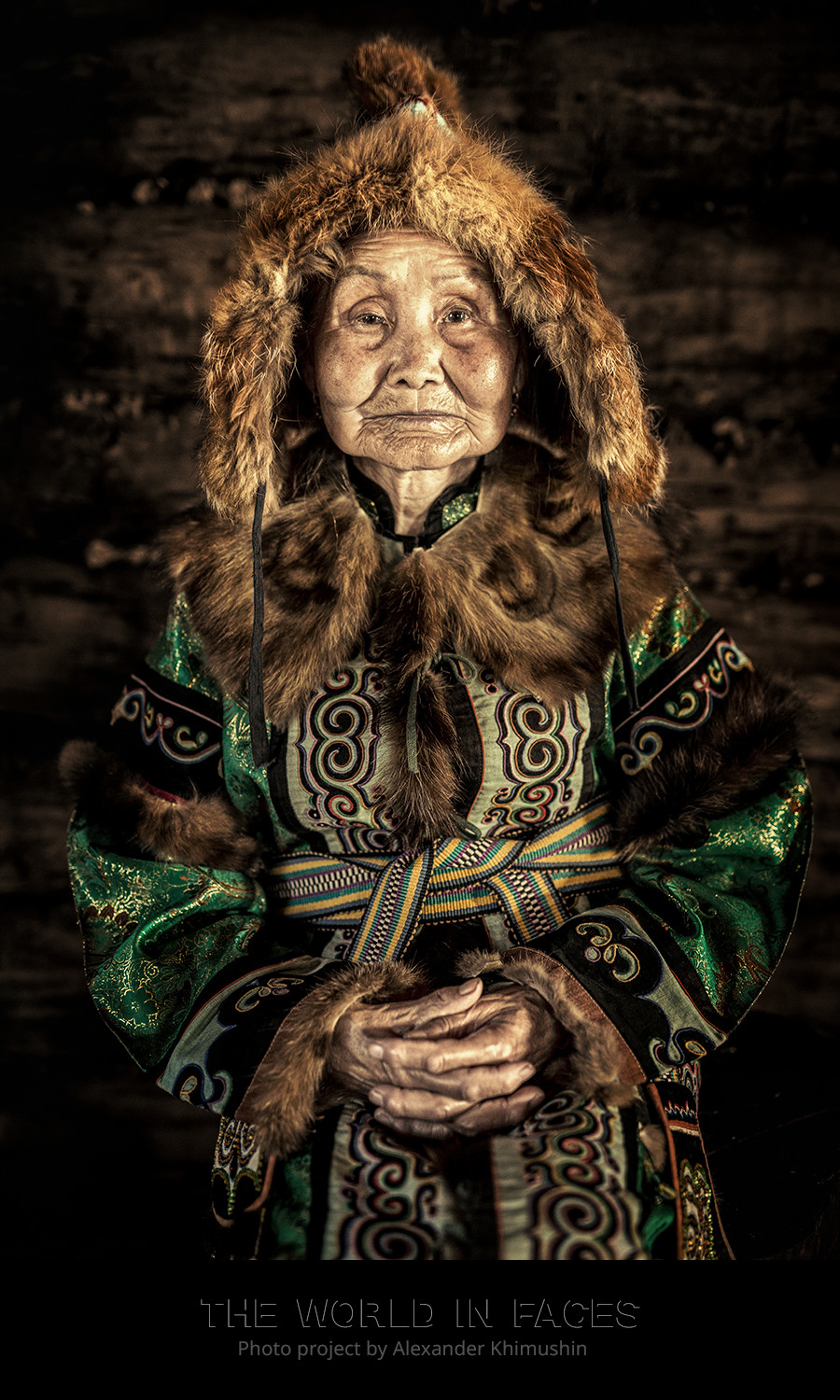 “Some of the people in my photographs, like this babushka for example, already passed away,” Alexander says. “With them, the culture of these peoples is leaving us too. One of the fundamental goals of my project is to draw the attention of young people to the preservation of the traditions and language of their peoples, especially those that are located far from civilization." 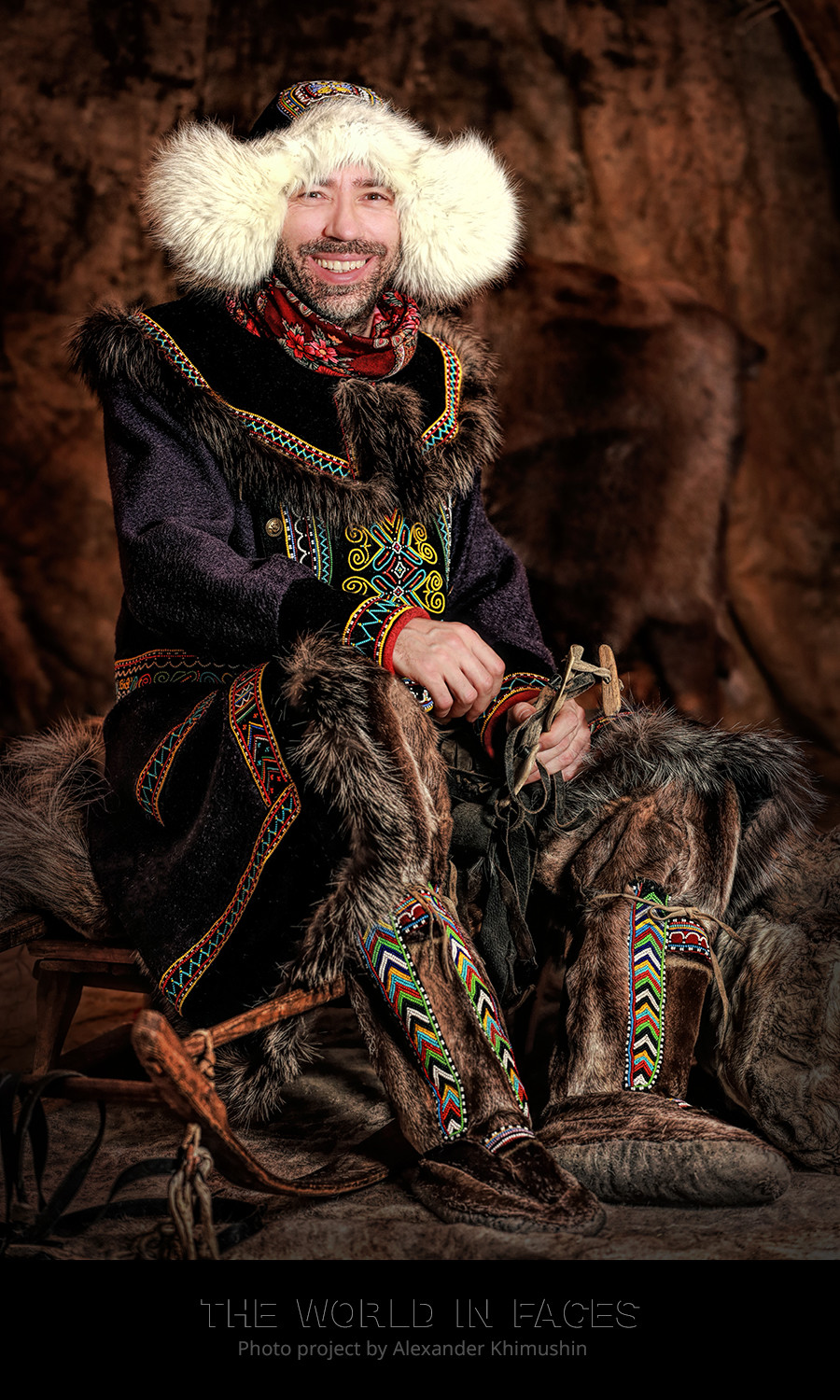 To introduce as many people as possible to the culture of indigenous peoples, Alexander organizes exhibitions in different parts of the world. In 2019, he had a successful exhibition at the UN headquarters in New York. Currently, there is an exhibition at the ethno-center near Ulan-Ude, the capital of Buryatia (which even Steven Seagal visited). A large exhibition is being prepared at UNESCO in Paris next year and is dedicated to the upcoming Decade of Indigenous Languages.