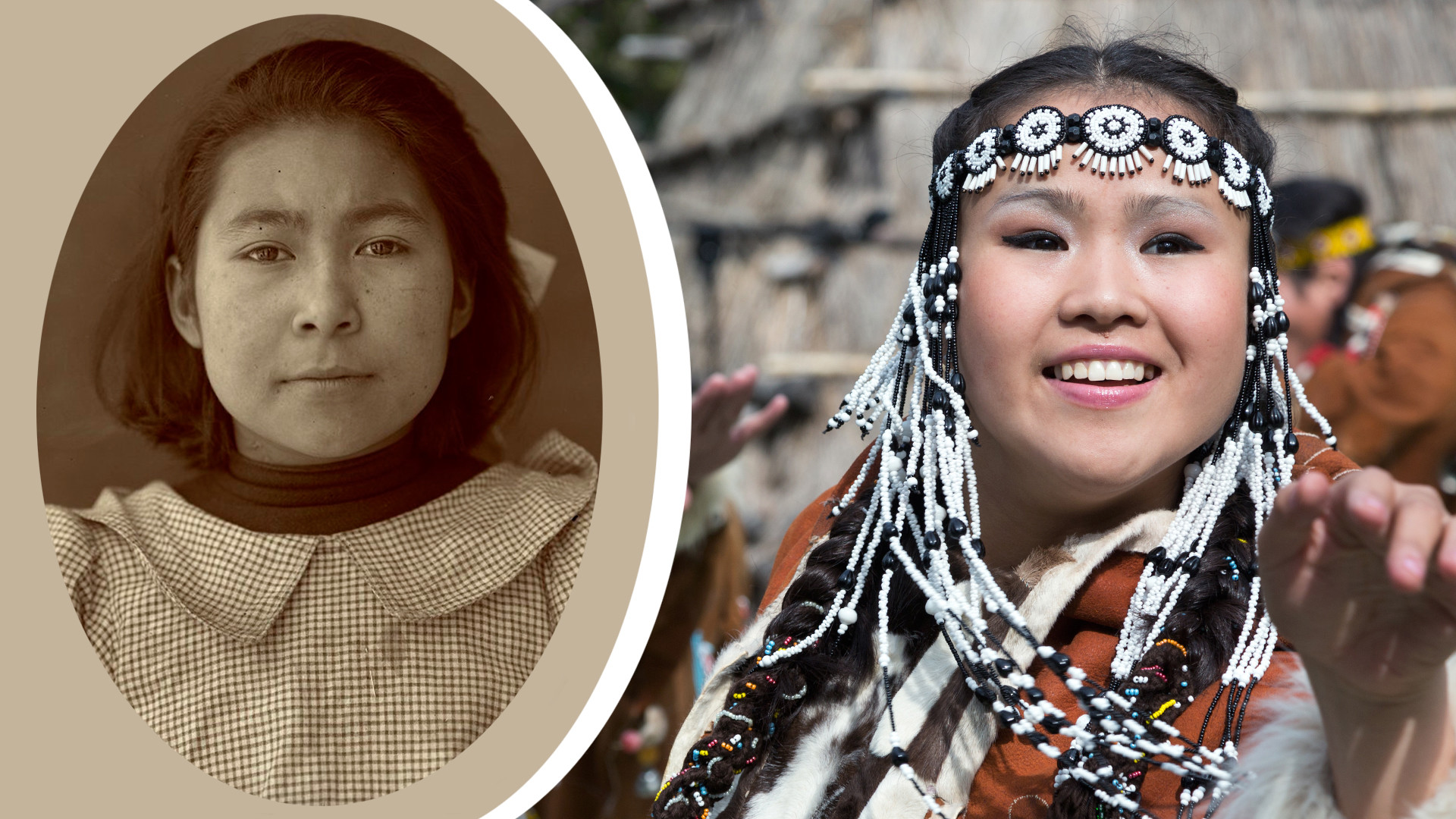 Kunstkamera; Alexander Piragis/Sputnik
There are still plenty of small and microscopic nationalities living in Russia. Even on the verge of disappearing, they still manage to hold on to the last vestiges of their own languages, traditional culture and way of life.

Any ethnic group within Russia numbering less than 50,000 individuals is considered a micro-nationality. Officially, there are 47 such groups out of the 190 peoples currently living in the country, and they reside mainly in the north and Far East. How are they managing to preserve their cultures these days? 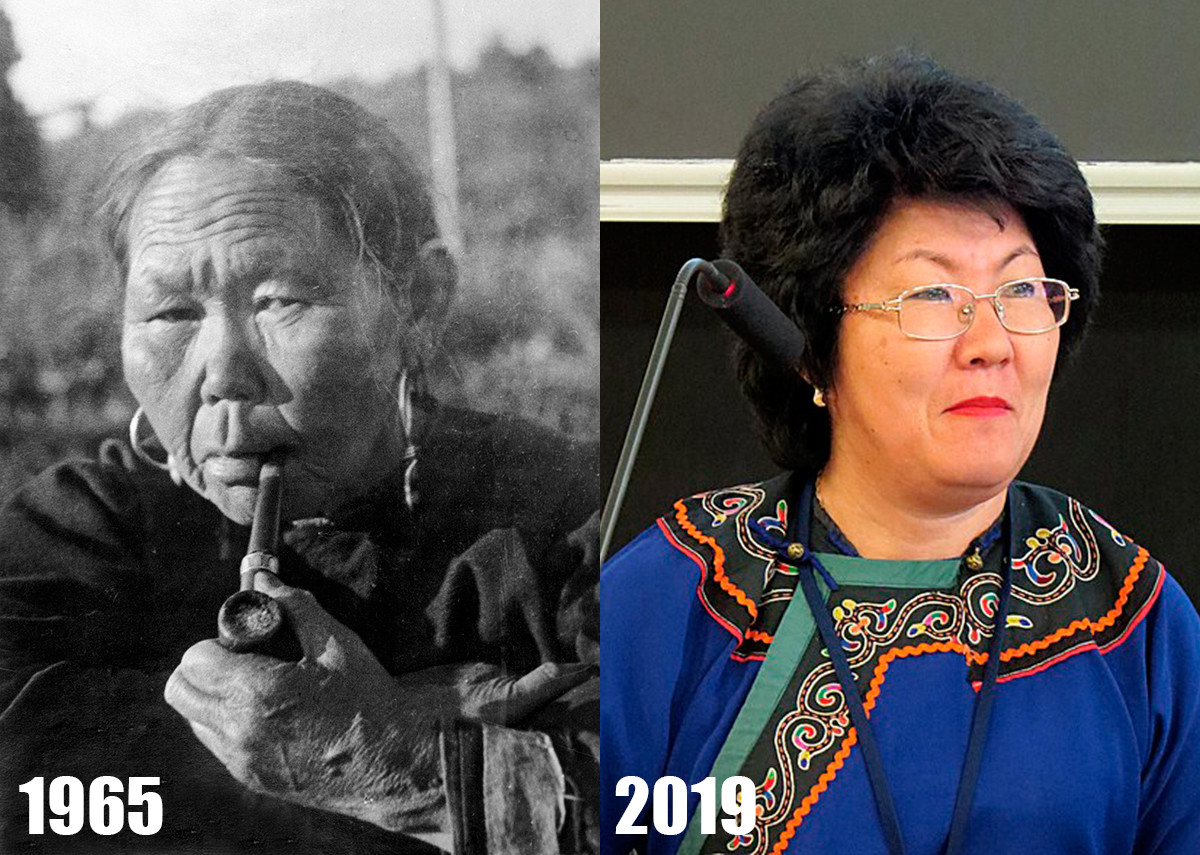 The indigenous inhabitants of Sakhalin island are considered the most mysterious people in the world: having lived in isolation for a long time, their origins are still unclear, while their language resembles no other. Today,  around 4,500 individuals remain, with plenty speaking both Russian as well as their indigenous language. 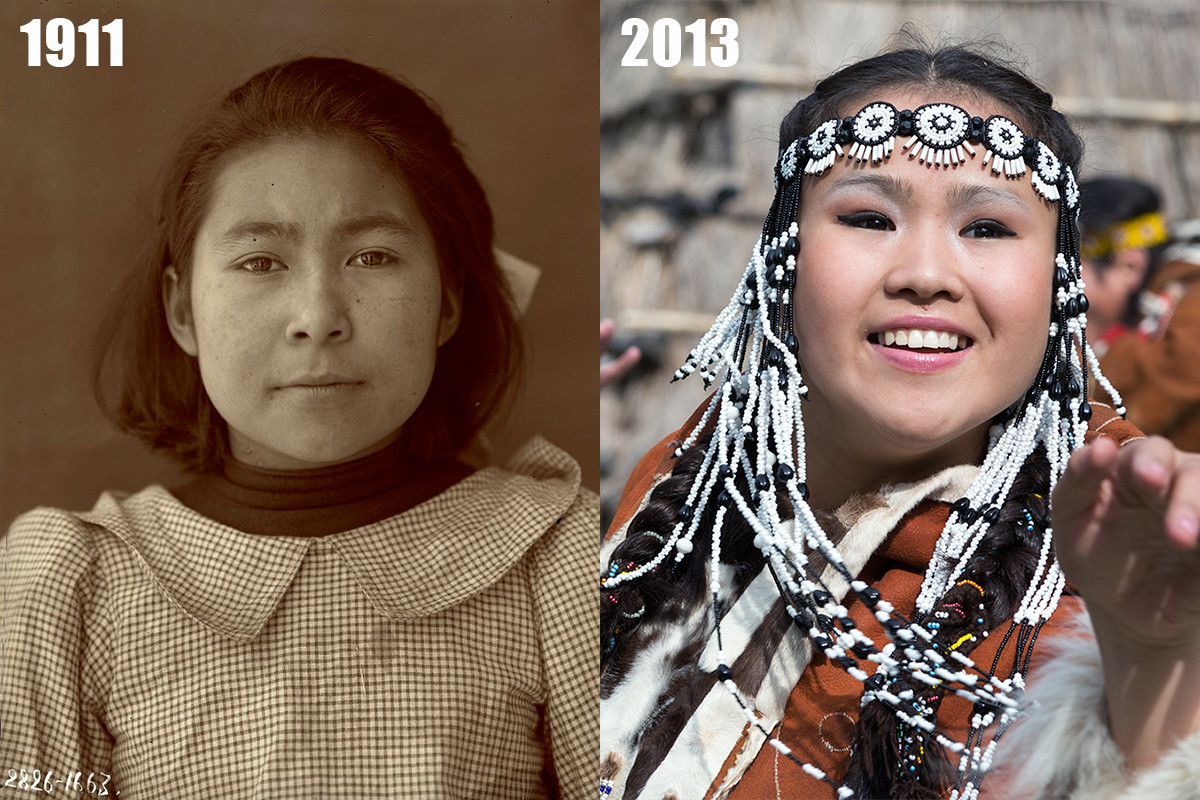 These inhabitants of western Kamchatka have been fishermen for hundreds of years. They worship the spirits of nature, despite having converted to Christianity back in the 18th century. However, they still preserved their shamanistic rituals. The head shaman in the community is female.

In total, there are some 3,000 Itelmens in Russia, most in the Koryak Okrug of the archipelago.

Not all Itelmens consider the local language their mother tongue - only the elder generations, although it is taught at school level and even used in local media. The names they give their children, however, are Russian.

You may have heard that the Ural region in the Chelyabinsk Oblast contains several settlements with European names. Paris, Berlin, Leipzig and the local commune of Fère-Champenoise. They were named so after their victory in the war with Napoleon, which demonstrated the skill and perseverance of the Cossacks-Nagaybaks - famed Tatars that have their own dialect. They live there to this day, in the majority of cases. The small ethnic group numbers about 10,000 people.

The Nenets (sometimes referred to as Samoyeds), is one of the largest ethnic minorities in Russia and inhabits the area between the Kolsky peninsula and Taymyr. Today,  around 45,000 remain. They subsist on deer herding and are always happy to invite outsiders to get acquainted with their local culture at the Center for Arctic Tourism in Naryan-Mar, the capital of the Nenets Autonomous Okrug.

One of the most trusted companions for a Nenets family remains, to this day, the samoyed laika: this breed of dog would keep children warm during the plague. 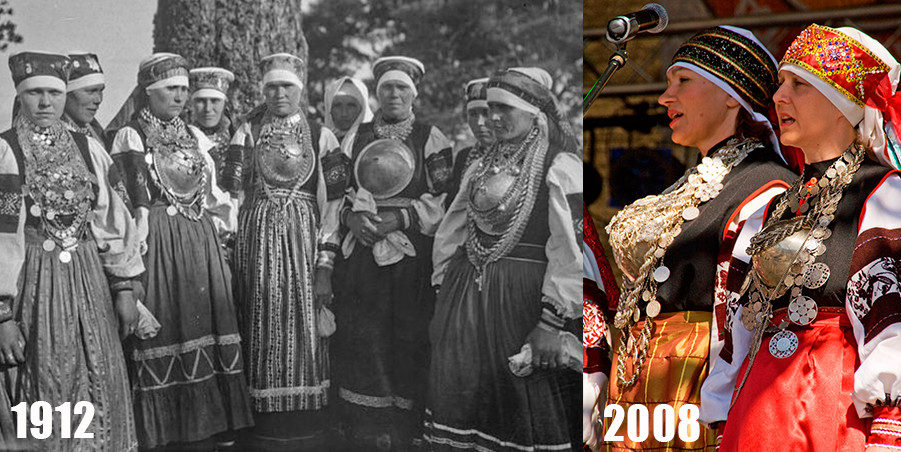 The majority of this minority group, numbering about 10,000, now reside on the territory of modern Estonia, with only 300 individuals remaining in Pechory, Pskov Region.

The Setu consider cursing a bad thing, as it attracts evil spirits, and so, their language does not possess a single profanity.

Unlike the Lutheran Estonians, the Setu in both countries are Orthodox Christian - albeit having preserved many of their traditions. For this reason, they’re referred to as “semi-believers”.

Today, the Setu of Pskov communicate in Russian and carry Russian names. Despite that, they still enjoy a plethora of festivals and cultural events borrowed from their ancestors. 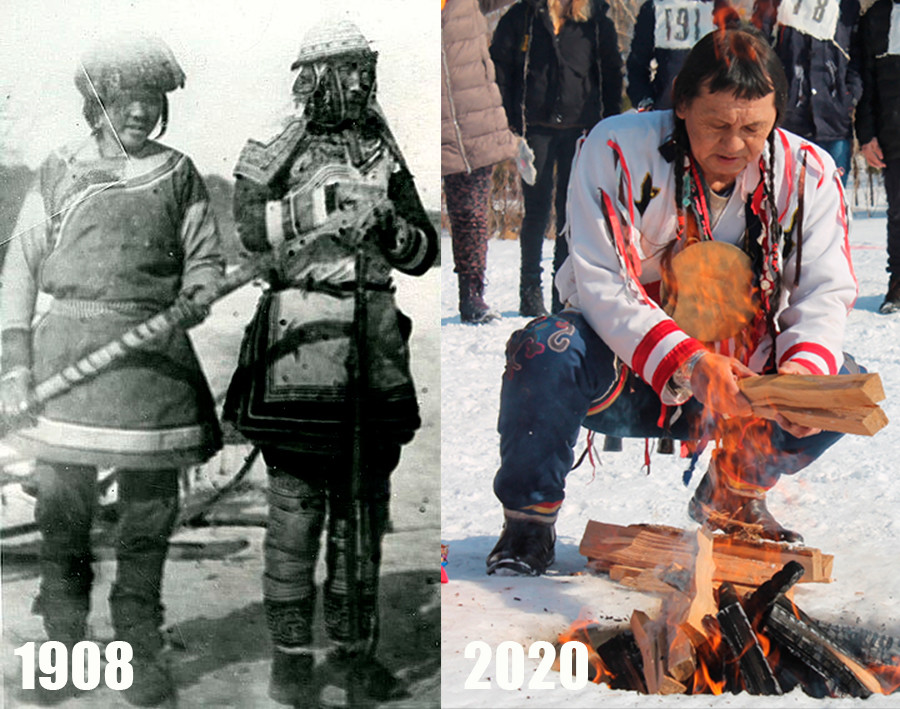 The indigenous people of the Primorye are scantily dispersed across several townships in the north of the region. Their cultural center is considered to be the village of Krasny Yar, situated on the territory of the Bikin National Park.

Of some 1,500 Udege still remaining, less than 100 have retained the language; meanwhile, the minority group has still retained its faith in the spirits of nature and in the power of the shaman. They believe themselves to be descendants of the tiger.

The indigenous people of Yakutiya and Kamchatka are referred to by the old name ‘lamuty’ in local lore - meaning “people of the sea”. They traditionally subsist on fishing and deer herding - each Even boy actually receives their first deer at birth and is considered the property of the child. Girls, meanwhile, get a deer as dowry upon marriage.

The Even are still nomadic and worship the spirits of nature. Today, they only number 20,000 individuals.

Of the 16,000 remaining today, 13,000 live in Chukotka, with the rest in Kamchatka, the Sakha Republic and the Magadan Region. They used to be considered an all-out warrior tribe, constantly attacking their neighbors - the Itelmens, Yukagirs and Koryaks, stealing their deer. They are especially dangerous with a bow and arrow (many actually participated in the Great Patriotic War, for which they gained considerable fame).

Today, most Chukchi engage in peaceful deer herding and hunt only walrus.

The name of this enthic minority comes from their word for “human”. Of the 30,000 remaining, about two-thirds inhabit the Khanty-Mansiysk autonomous region in Western Siberia. They have retained their independent culture, including the belief in shamanism, as well as the local language.

The Khanty hunter caste have two homes: one stationary, and another they transport with them, like a type of yurt or tent. The stationary ones don’t look much different from an ordinary village home in Russia. 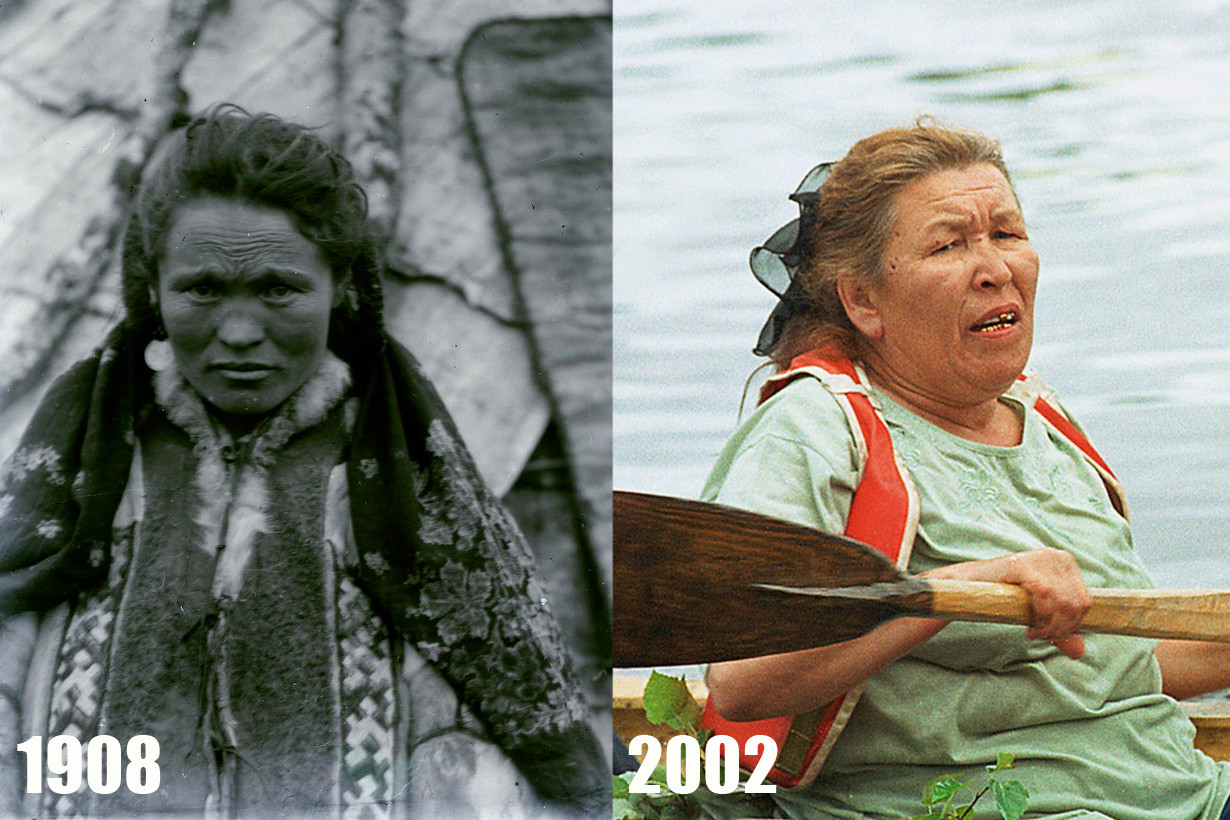 The closest relatives of the Khanty, and also their neighbors. They have their own language and number about 12,000 individuals, with more than half using Russian to converse. The name they gave themselves also comes from their word for “human” - just like the Khanty. Both languages, interestingly, are loosely related to Hungarian. Unlike the Khanty, however, most Mansi are deer-herding nomads.

The two also have distinct lifestyles - with the Khanty preferring the woods, and the Mansi - the tundra.