These microscopic Russian groups number less than 500 each! 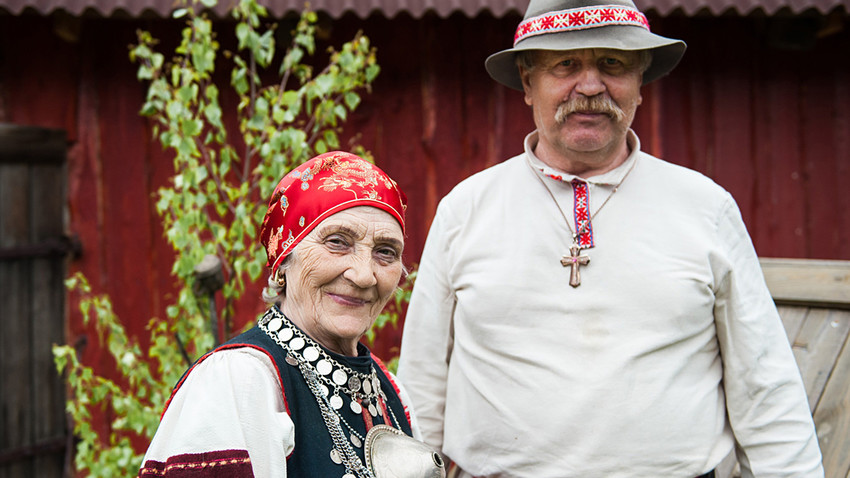 Polina Kochetkova
The last Russian census, carried out in 2010, revealed 194 peoples living in our vast country, some of them barely several hundred individuals in size. Others numbering mere dozens. 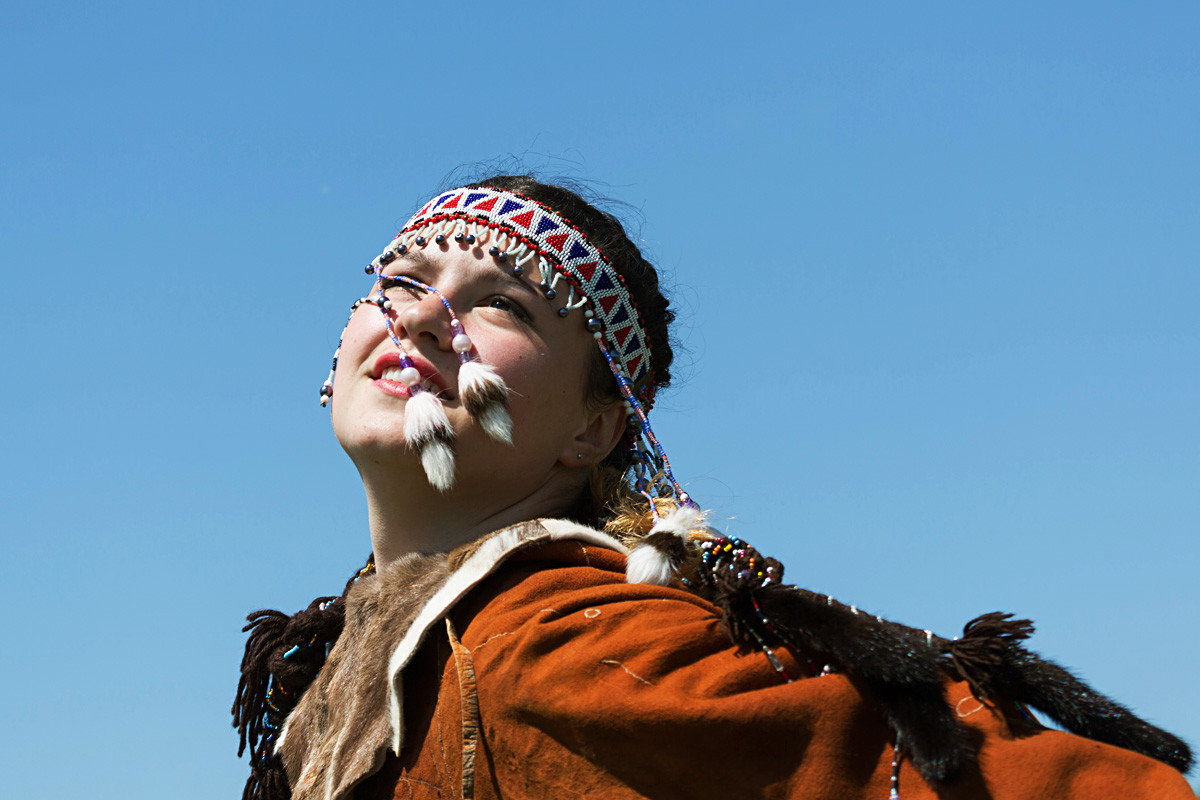 The Aleut are the indigenous peoples of the islands of the same name, discovered by Russian explorers in the 18th century. After the sale of the islands and the territory of Alaska to the United States, a small minority of the Aleut migrated to the Kamchatka region. Today they number a meager 482 individuals. As of 2010, the number of their native language speakers stands at 45. 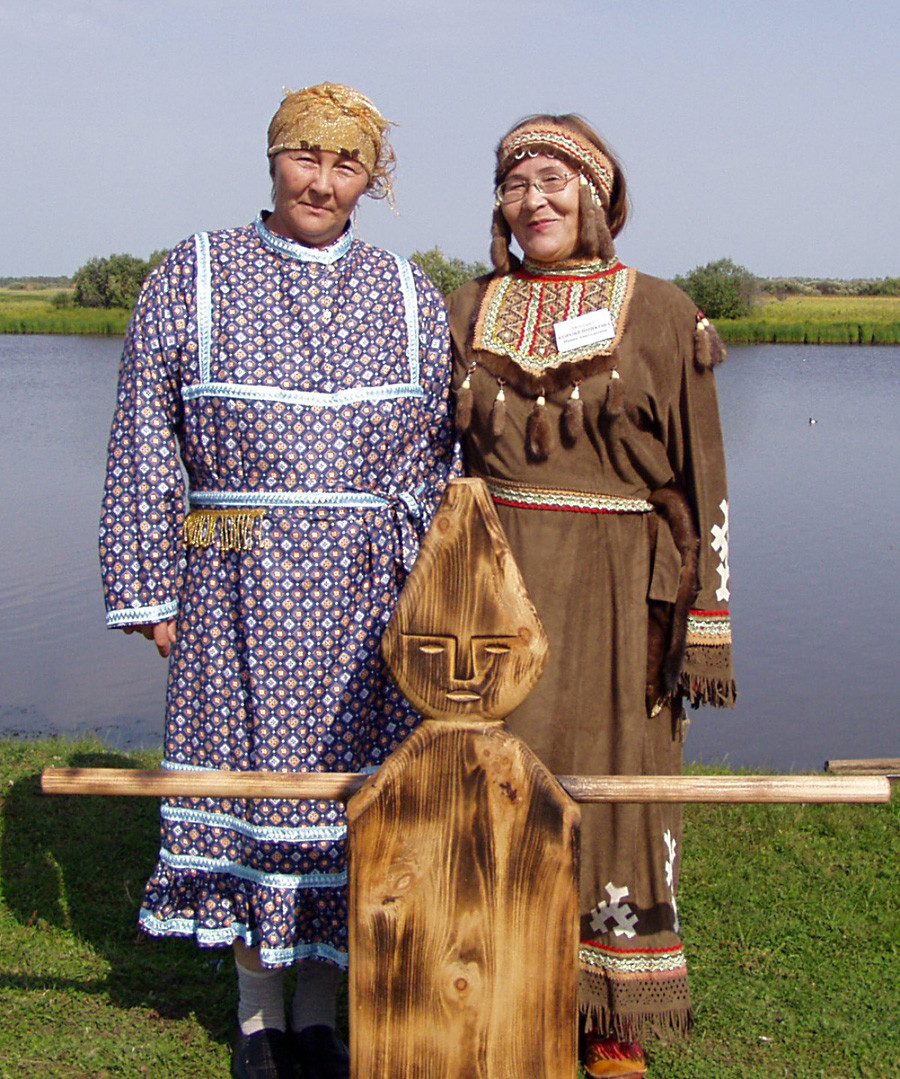 The people gets its name from the river Chulym (or Chulim), whose basin they had first settled. Their population is only 355, and they belong to the Turkic group, similar to the Tatars, Kyrgyz, the Kazakh and others. Today they occupy the areas of the Tomsk region and the Krasnoyarsk Kray.

Many still observe the folk traditions and know the art and custom of their people, revolving heavily around shamanism. The Chulym language is understood only by 12 percent of the people, and only 14 living members of the group are able to converse in it freely! 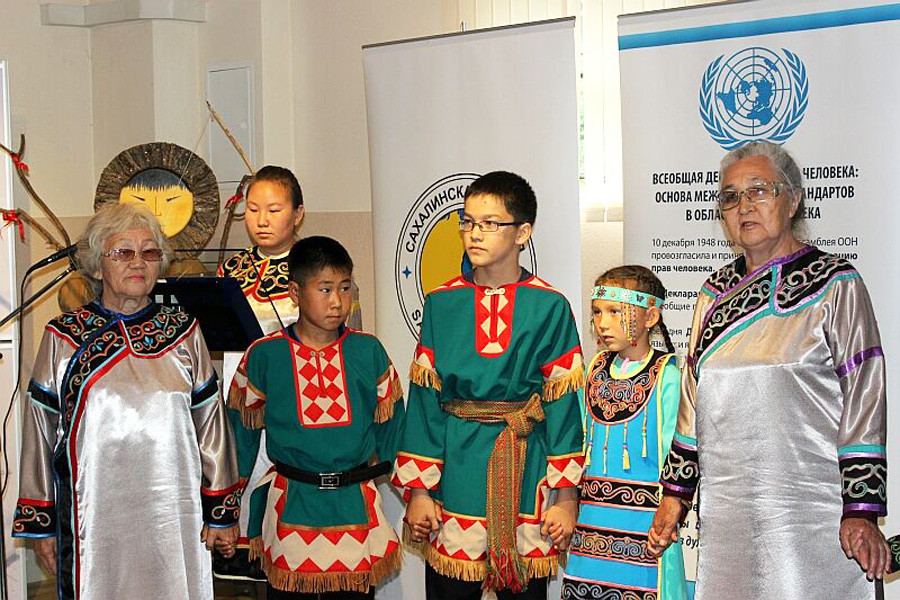 The Oroks are a Tungus-Manchurian people, living primarily on the Sakhalin islands. Today they number fewer than 300 people, with fishing and deer herding being their main source of subsistence. The tribe gets its name from the Japanese language, with the Orok referring to themselves as the Ulta - roughly translating as “people of the deer.”

In Soviet times, the Orok were gathered into a single community mostly inhabiting the village of Val, where their descendants live to this day.

The Taz (or Daz - “natives” in Mandarin), are relatively young people, whose history dates back to barely the 19th century. The ethnicity was produced as a result of the mixing of Russia’s Far-Eastern peoples - the Udegey and the Nanay. Their numbers are truly small at 274 individuals, and they live around the Primorsky Kray.

Their culture is an interesting mix of Russian and northern-Chinese customs, while the language is considered to be one of the dialects of the Chinese language. Sadly, nobody speaks it today, with the majority considering Russian as their main language. 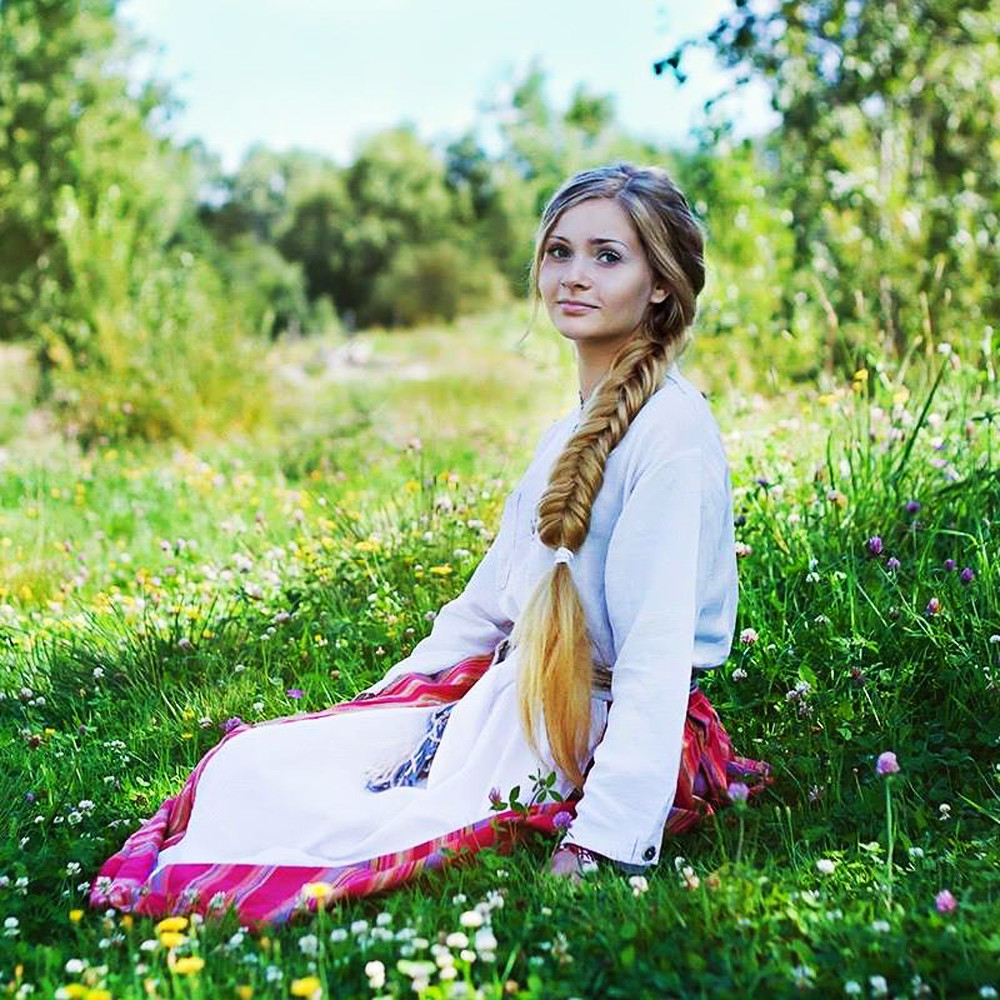 The Izhorians, along with the Votes, are a Finnic group, slightly larger than the others mentioned so far, at 1,300 individuals. Of those, only 266 inhabit Russia, however. Their language belongs to the Finno-Ugric group, including also Finnish and Karelian - however, their culture is completely self-contained. Their singing and spoken word traditions are what set them apart, and are used to pass on their mythology and document their history. 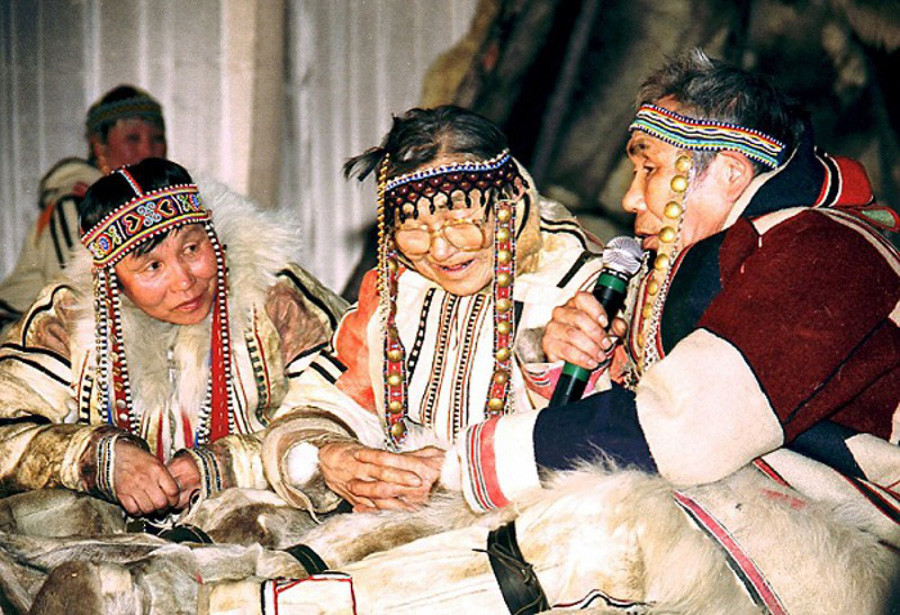 The Ents inhabit Siberia’s Krasonyarskiy Kray, and number only 277 people. Their name dates back to the 1930s, when the Soviet ethnographer Georgy Prokofyev explored the indigenous peoples of the region. The name itself comes from their native language, and means “man (person).”

The Ent can be subdivided further into two people - those inhabiting the tundra (Somatu) and the forest-dwellers (Pe-Bay). There are consequently two dialects, but less than half of the population are carriers. The culture and folklore, however, are identical. Meanwhile, both are, interestingly, Orthodox Christian people today. Despite that, they still revere old gods and spirits, and have a very strong connection to nature and the mysticism around it. 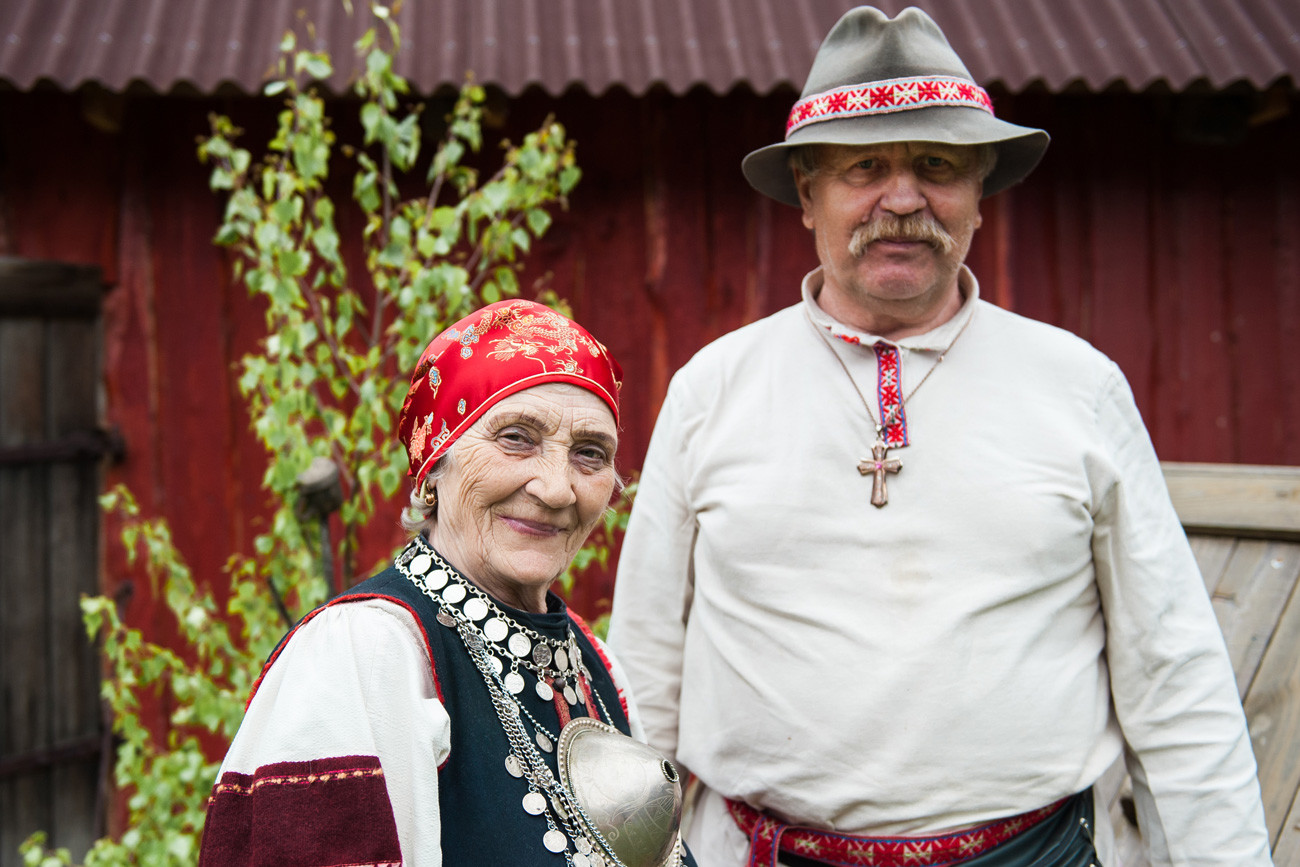 The Setos are another Finnic tribe - a larger one than the others on this list, with some 10,000 individuals living in and around Estonia. In Russia, however, only 214 remain, inhabiting the Pskov region. Precise numbers are difficult, as most of them have assimilated into the larger Estonian and Russian populations.

The Seto language is actually a dialect of Estonian, but the people themselves claim to be a self-contained culture. Despite this, it borrows heavily from Russian custom - including the clothing - and to a much lesser extent from Estonian. Another factor here is religion: the Estonians are Lutherans, while the Setos are Russian Orthodox. 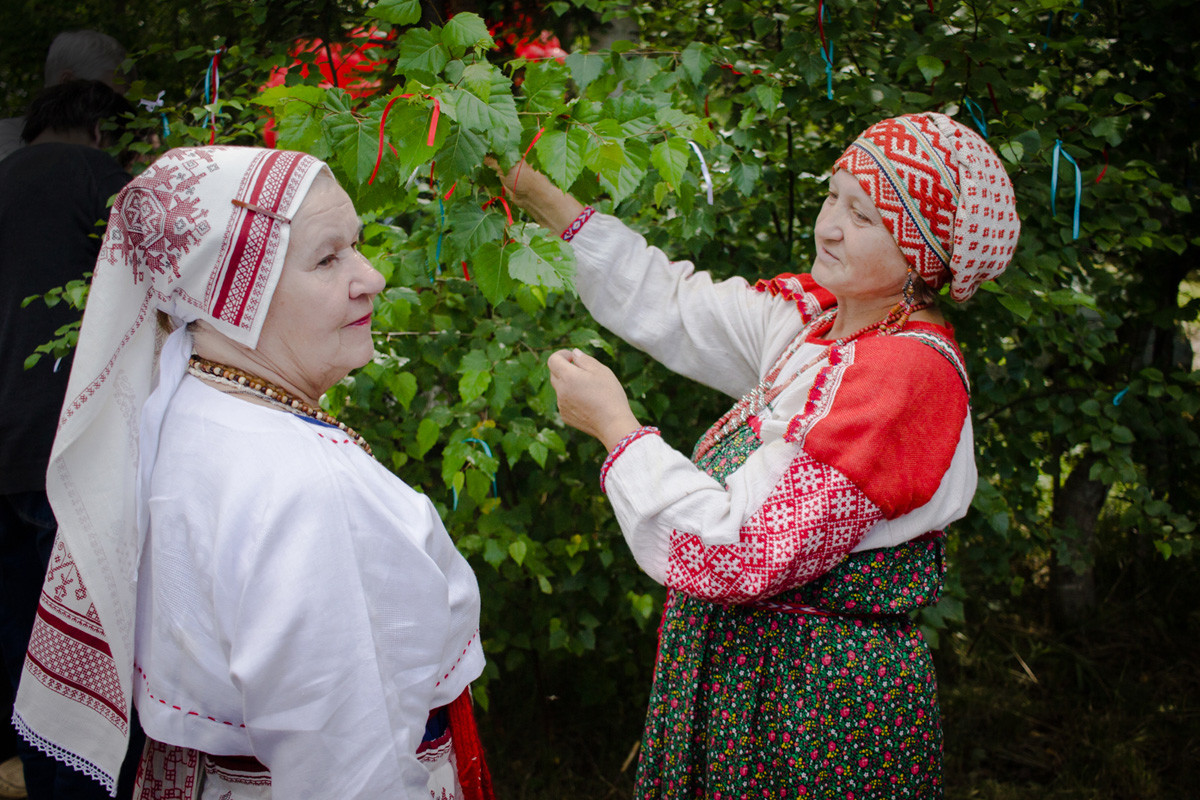 The Votes (or Vods) is among the rarest people in all of Russia, living right next to the Izhorians, but numbering a measly 64 people - and that’s a figure for the entire world, not just Russia! Only six of the individuals live outside our country, with the other 59 inhabiting this side of the pond, mainly in St. Petersburg and the wider Leningrad region, on the Baltic coast.

The culture is experiencing a slow renaissance these days: there are language courses, as well as a puppet theater with plays in the Vote language, based on their folk tales and mythology. 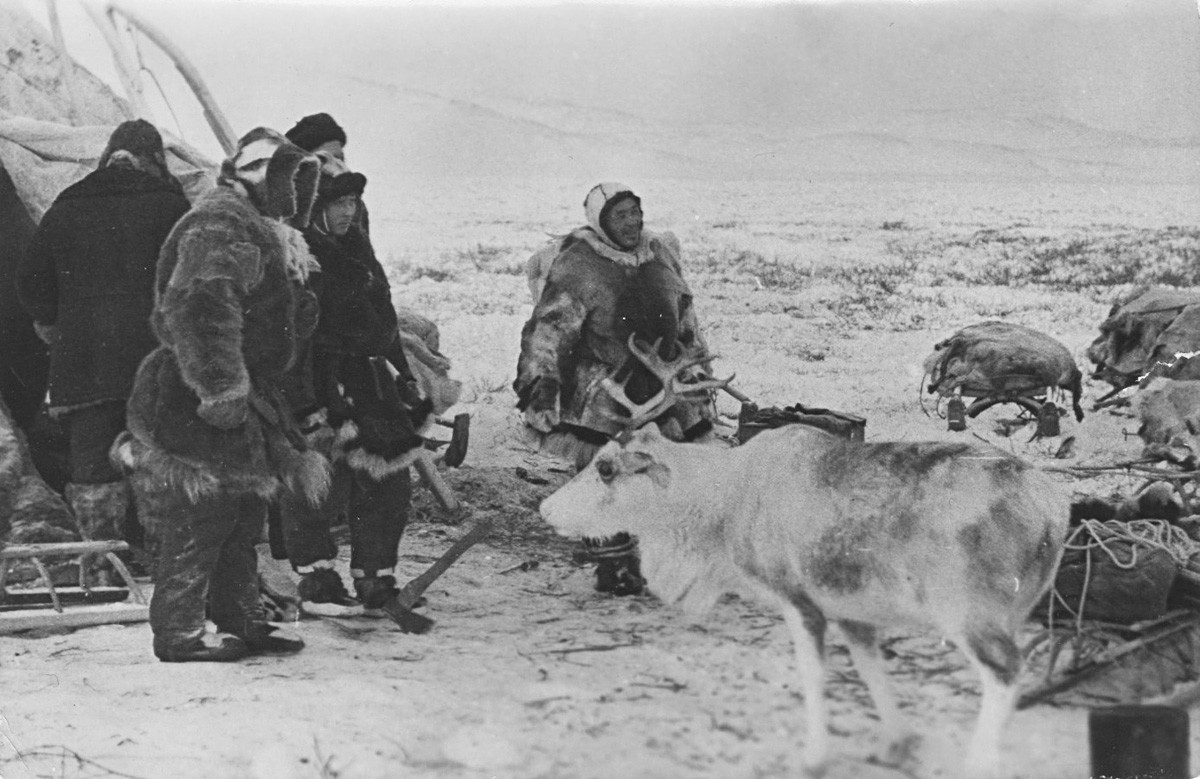 There are only four - yes, four! - ethnic Kereks left in the entire world. Going also by Ankalgakku (“the people by the sea”), they live on the island of Chukotka and speak the Chukotsky and Russian languages. The Kerek language, sadly, has been lost to us forever.

Like other people living in the region, the culture is shamanic. The cults of animals and ancestors are very strong within this culture, as is expected in all cultures practicing shamanism.