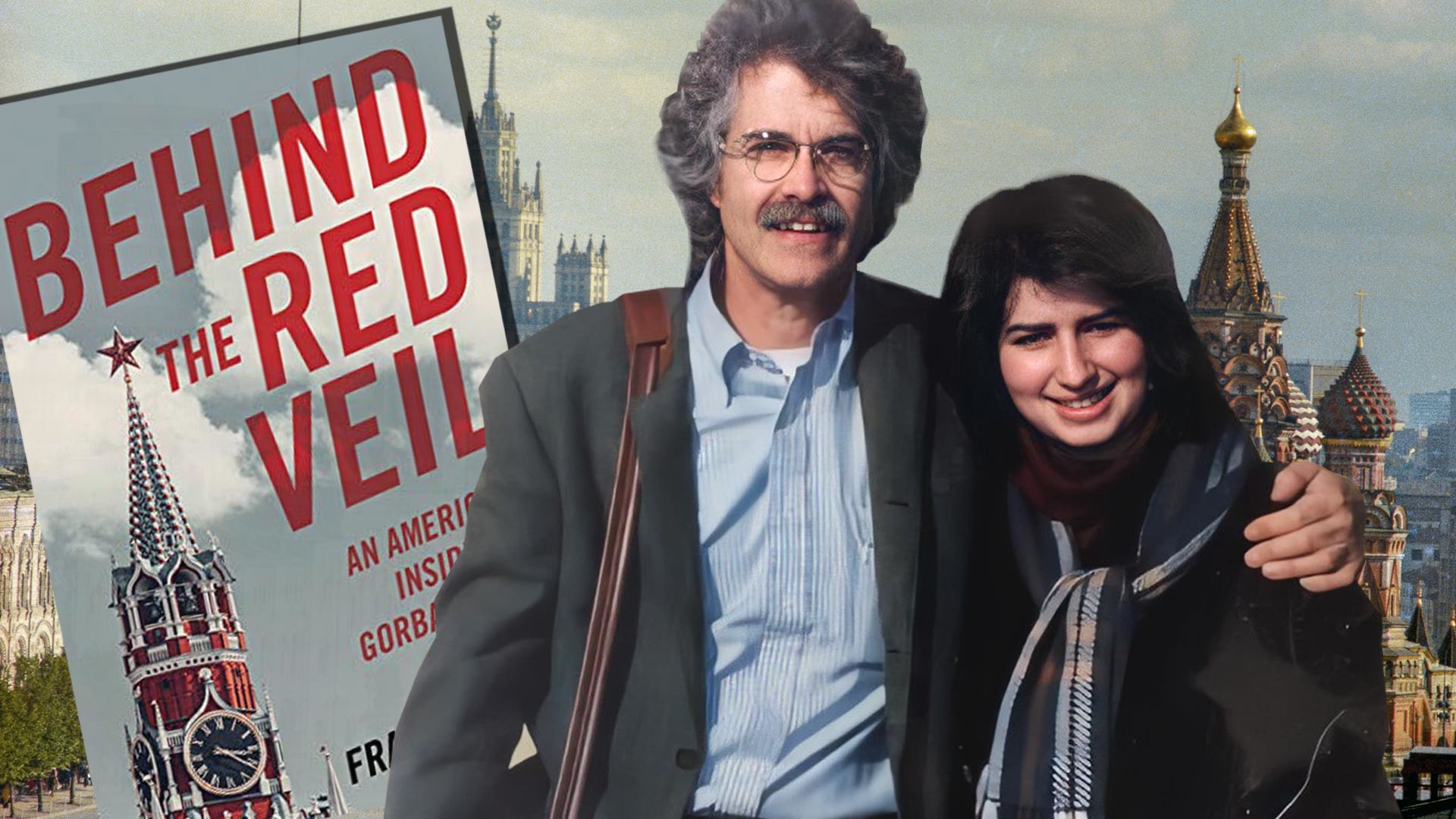 SparkPress/Press photo
American teacher Frank Thoms visited the Soviet Union in its twilight and, 30 years later, he recalls his experience in a new book.

“Russia is a riddle wrapped in a mystery inside an enigma,” American Frank Thoms starts his book about Russia with this 1939 quote by Winston Churchill. Keeping in mind this concept of matryoshka, a nesting doll, Frank came to the Soviet Union on the eve of its collapse. He searched for the inner layers of Russian life, had a unique chance to have a first hand impression of what life under the ‘Iron curtain’ looked like, and eventually also learned a lot about himself. 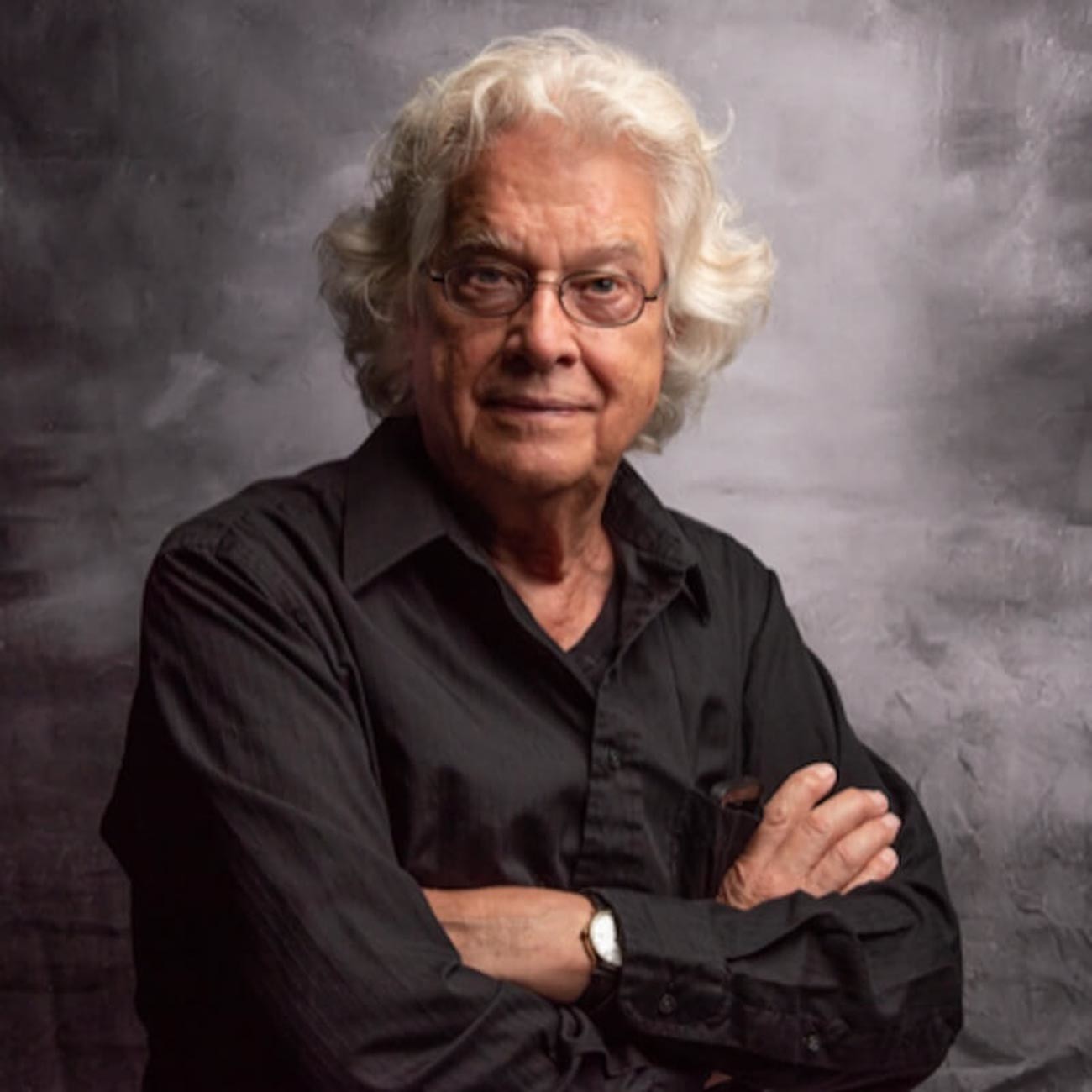 Frank’s book, Behind the Red Veil: An American inside Gorbachev’s Russia, (SparkPress, 2020) is about an American teacher who decided to challenge himself by traveling to a very unknown world to find the truth behind the propaganda coming from both sides. 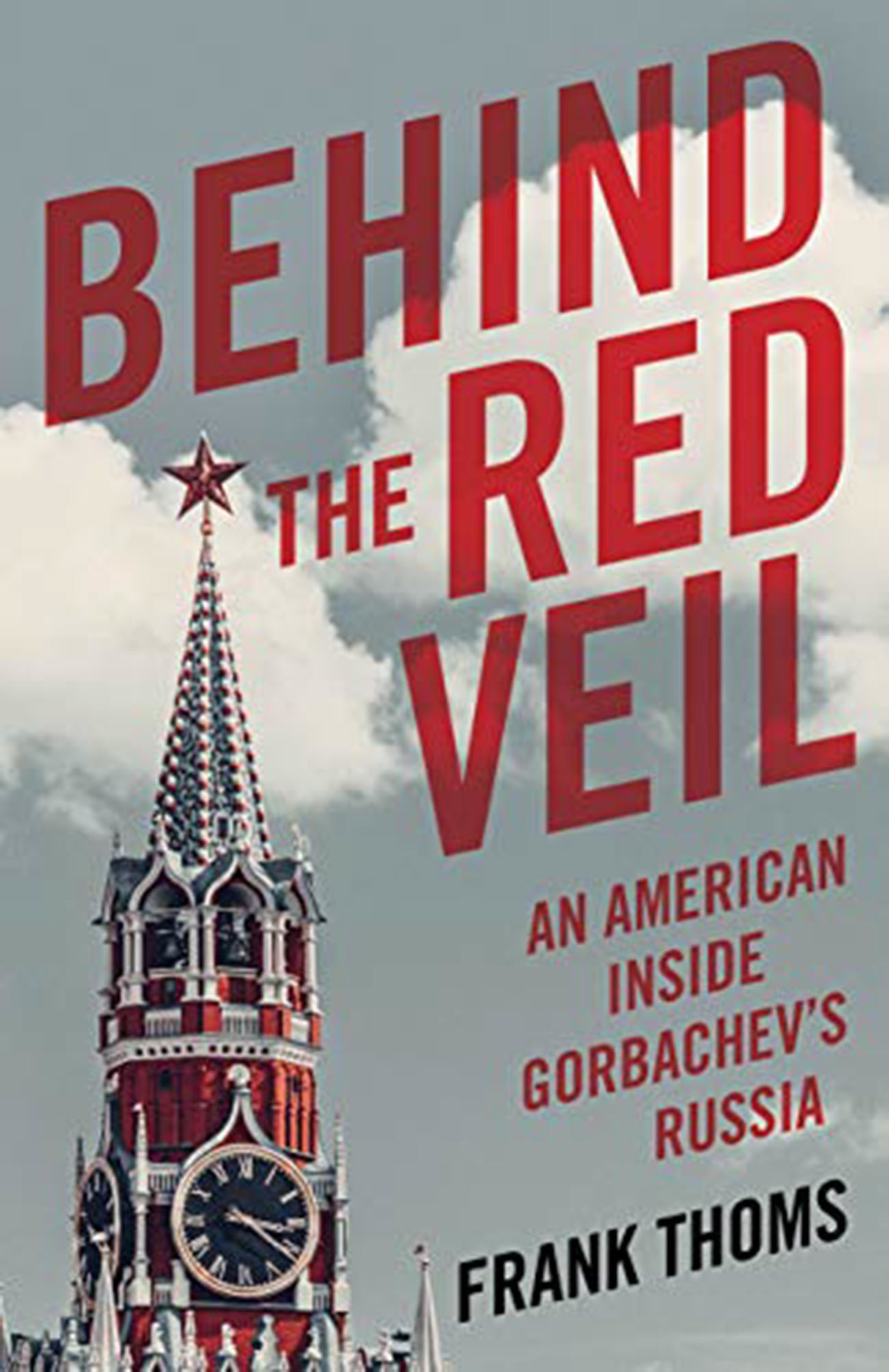 Frank’s first encounters with Russia were quite sketchy. In the 1950s as a schoolboy he discovered Radio Moscow, which "fascinated more by where it broadcasted from than with its content". Then the mysterious land of the Soviets started to boast great achievements in space: Sputnik, Belka and Strelka, Gagarin and Tereshkova - they left the U.S. behind causing much curiosity in the young man!

Finally, in college Frank was amazed by his professor's lectures about the Russian tsars, the Russian landscape, and the mentality of its people. He imagined that one day he would visit the country, but before it happened he spent 20 years teaching Russian history and Marxism in American schools, pursuing his curiosity of all things Russian and Soviet. 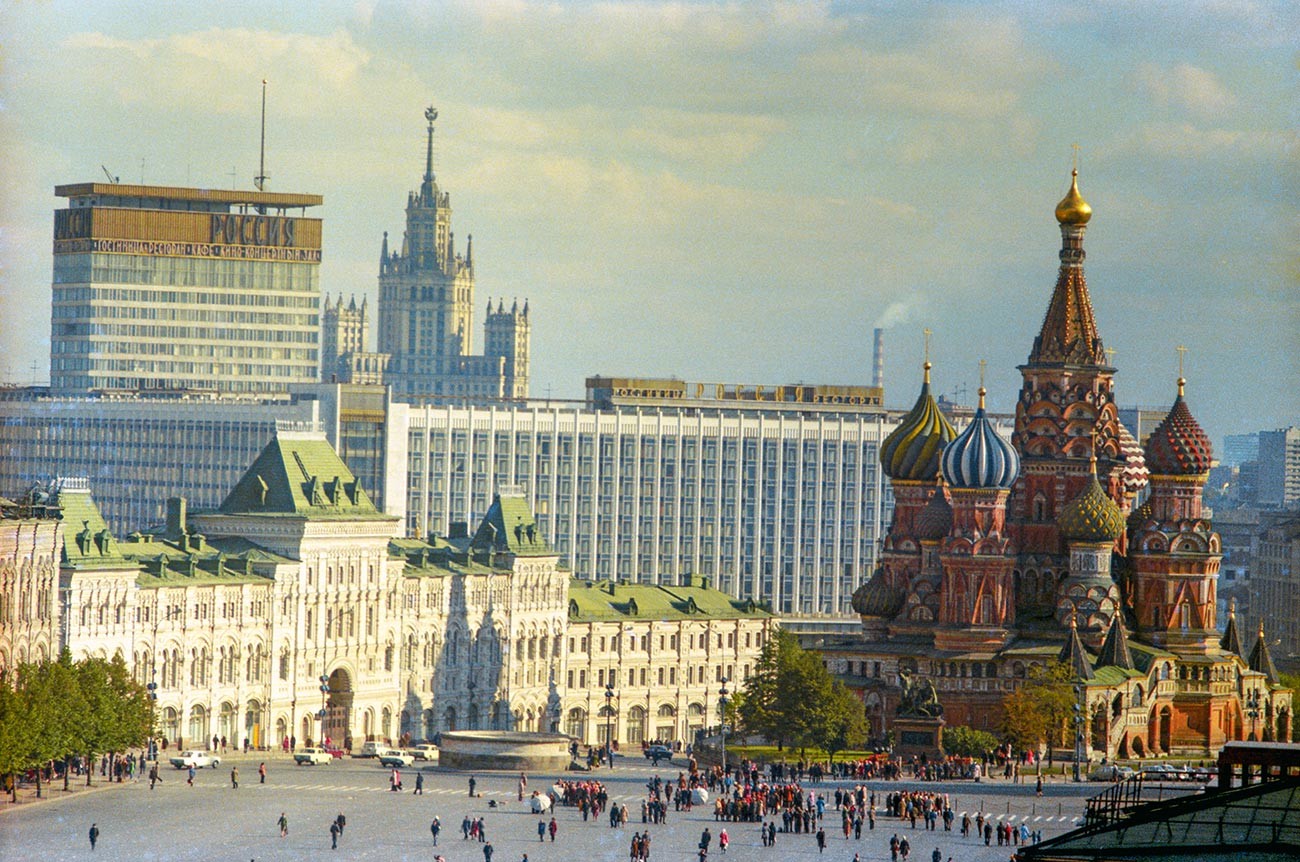 Frank, as well as all Western people, were only able to read propaganda reports about the Soviet military or space glory, not to mention anti-Soviet American articles from the other side. By the middle of the 1980s, Frank grew weary of it all and decided he wanted to meet real Russians and talk to them.

How the Soviet Union welcomed an American

When Gorbachev came to power in March 1985, Perestroika allowed for a slight opening of the Iron Curtain. In this new age of openness and transparency in the USSR, a mutual curiosity developed between ordinary Americans and Russians; first, there were TV conferences between the superpowers, and then the chance to visit the country appeared.

The KGB, however, remained active. In autumn 1985, when Frank arranged travel to the USSR, he didn’t have much freedom to go wherever he wanted on his own. The official Intourist travel agency diligently cared for foreigners coming to the country… and was careful what they actually saw. 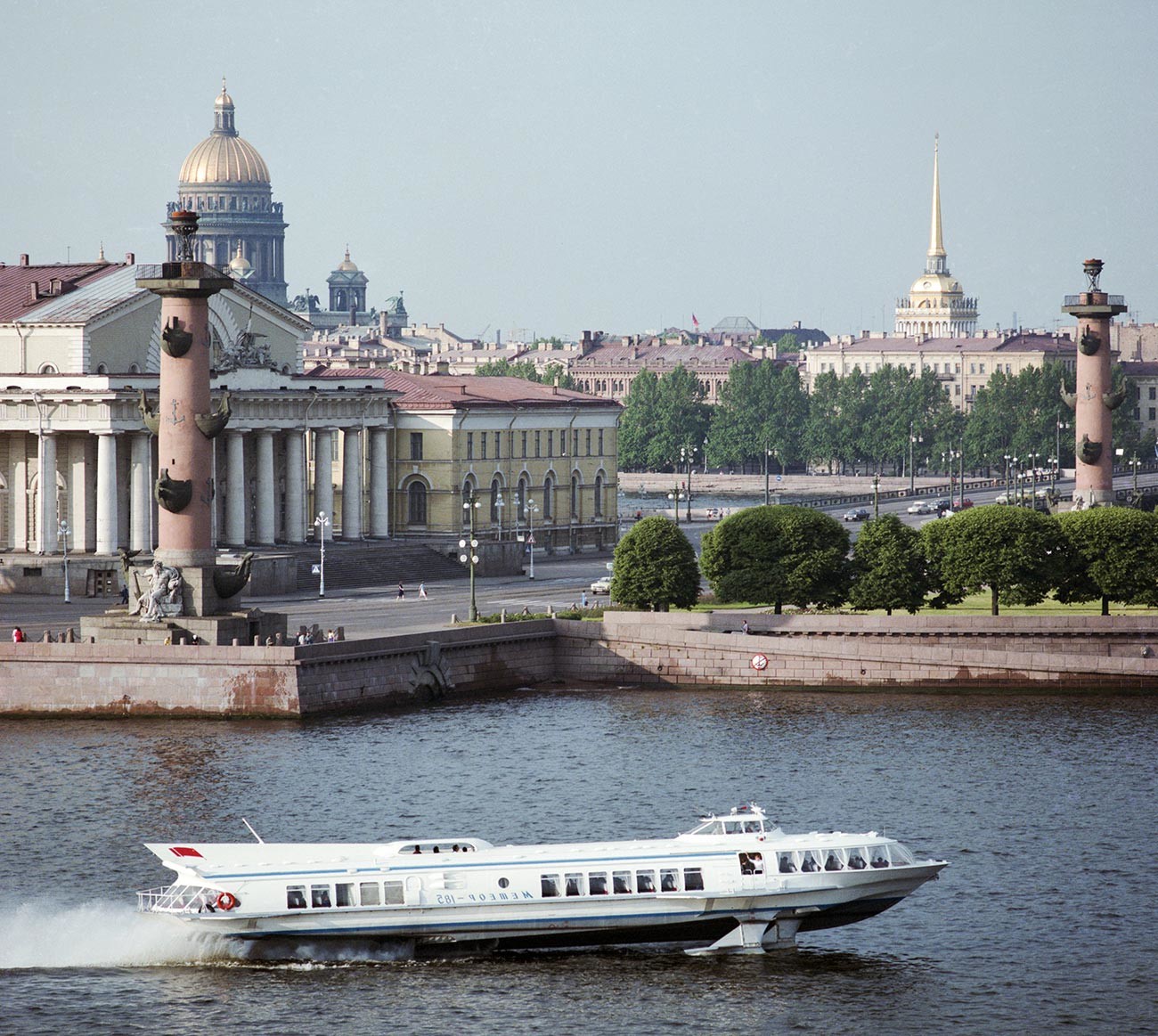 In order to unravel another layer of the Russian matryoshka, Frank applied for the U.S.–Soviet Exchange Teacher program, and went to Leningrad in autumn 1986, this time not as a tourist. He finally had the unique chance to meet real Russians.

Frank was eager to establish good relations, to listen to them and try to understand - “not to judge but to learn, not to bring America to them, but to be an American with them,” he writes in his book.

So what did Frank find out about Russians?

When Frank walked around Leningrad alone for the first time he felt threatened when he realized that two guys were keeping an eye on him. He felt he could be in trouble, and had been warned not to change money on the streets. He was also afraid that his wallet was gone. The guys appeared to be black marketeers and asked if he needed to buy something authentically “Soviet”, different from what the official shops for foreigners offered. 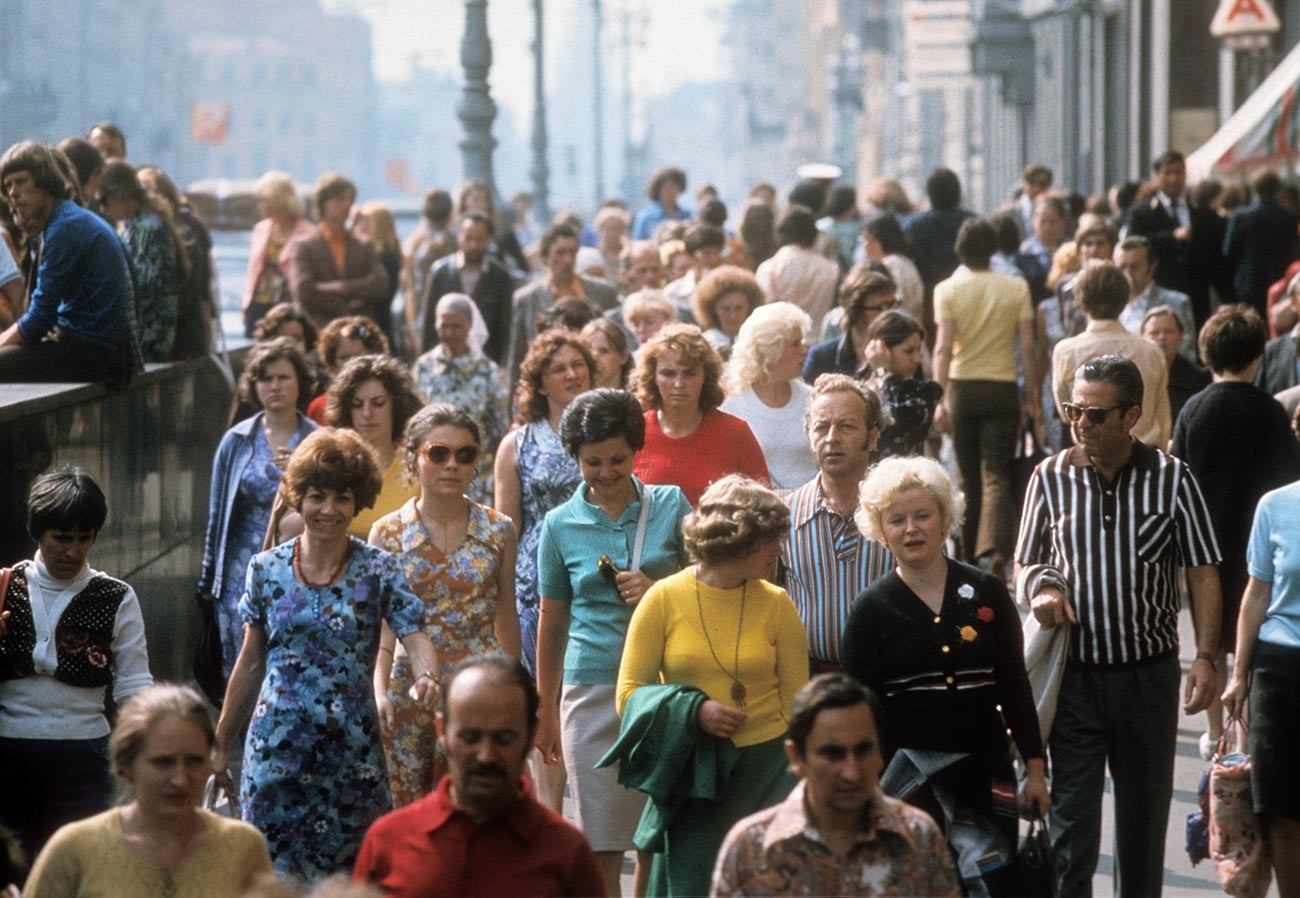 The adventurer spirit inside Frank made him pass through another matryoshka layer and communicate with these guys. He said that he needed to find two girls at the university. And what a miracle and surprise - of the nearly five million people in this city these two knew the girls. They invited Frank for dinner with them. Even though nervous, he followed them - and succeeded. These guys not only helped him to find the girls, but they also had a great time and revealed their lives and background.

These Russian friends wanted “to come out from under the ubiquitous cloak of the Communist system and to be able to have choices in their lives. And they wanted to be listened to,” Frank writes.

As a teacher he saw the dramatic differences between the attitude that Soviet teachers had toward students, and how it differed from American ones. Soviet teachers expressed a deep personal interest and felt they had to be carrying ‘mothers’, advocating for students before society and helping them with the transition to adult life.

At the same time, Frank was impressed by the students who made up dozens of ways to create cheat sheets, and to pass them to classmates; they felt it was more important to help friends to pass a test than to score better than the others. 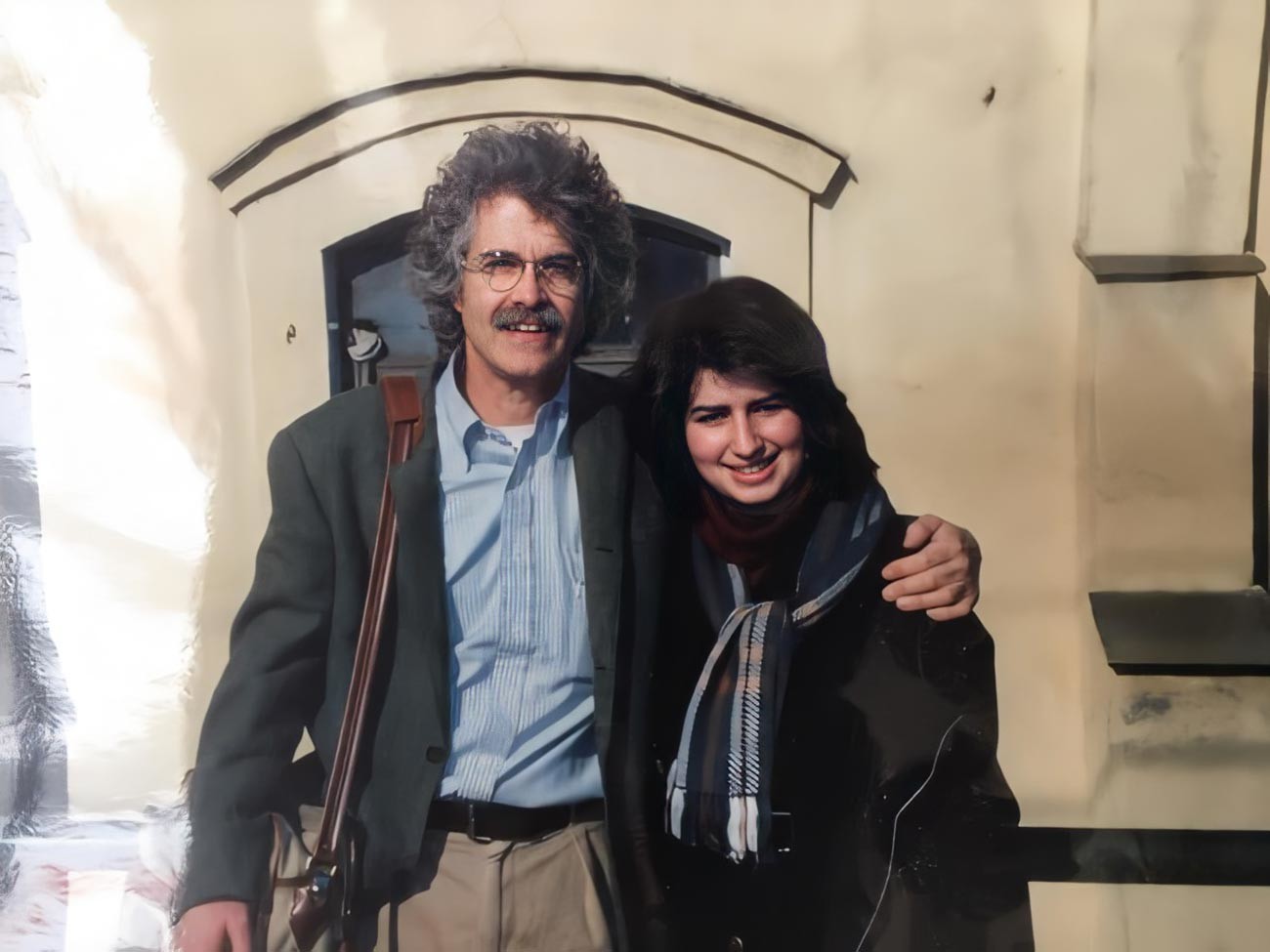 Frank was amazed that in the public sphere Russians would do the bidding of the authorities, while in their private life, in the bastions of their apartments, “people lived away from the Soviet veneer, the drab of daily life.”