‘Why are you going there?’: How this English teacher looked for answers in Russia 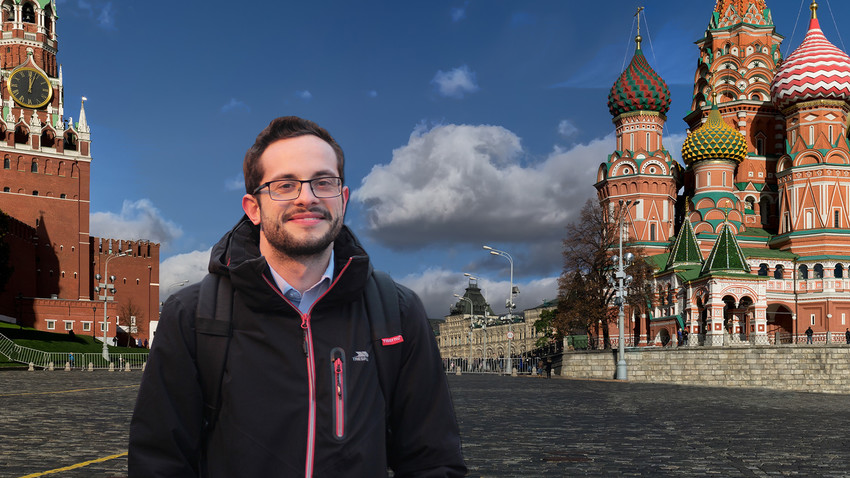 Personal archive, Legion Media
After a year living in Moscow and traveling across Russia, Elliot Emery from the UK shares what he learned and what he finds most surprising.

“Why are you going there?” was the most frequent question that Elliot Emery had heard before he moved to Russia in January 2019. He could hardly answer it himself while working as an immigration lawyer in a “sleepy Derbyshire village” in the UK. Still, he was patiently awaiting a response to his application for becoming an English teacher in Russia.

He kept asking this question to himself when he landed in snowy Moscow and slipped on the icy steps leading out of his new house (apartment building, to be accurate). And finally, to find the answer, he wrote a book with this very title: ‘Why are you going there?’ We asked Elliot to reveal some of those reasons here.

From Soviet history to Moscow underground - first take on Russia

Elliot had a long interest in Russia and particularly Soviet times from his school history classes. He was also curious about the Soviet legacy and the impact that it still has on the people.

So, instead of just visiting, he went all in and moved to the country. “I wanted to visit Moscow but I didn’t have the chance and then I saw a job offer in Moscow and I decided to go and see what happens,” he said.

For a couple of years before moving, Elliot had been learning Russian himself and with a private teacher. “[After coming here] It was amazing to be surrounded with the language I’d learned, seeing Cyrillic everywhere. The metro was my first big shock over just how beautiful it was, especially compared to the London Underground, which is just very ordinary.” 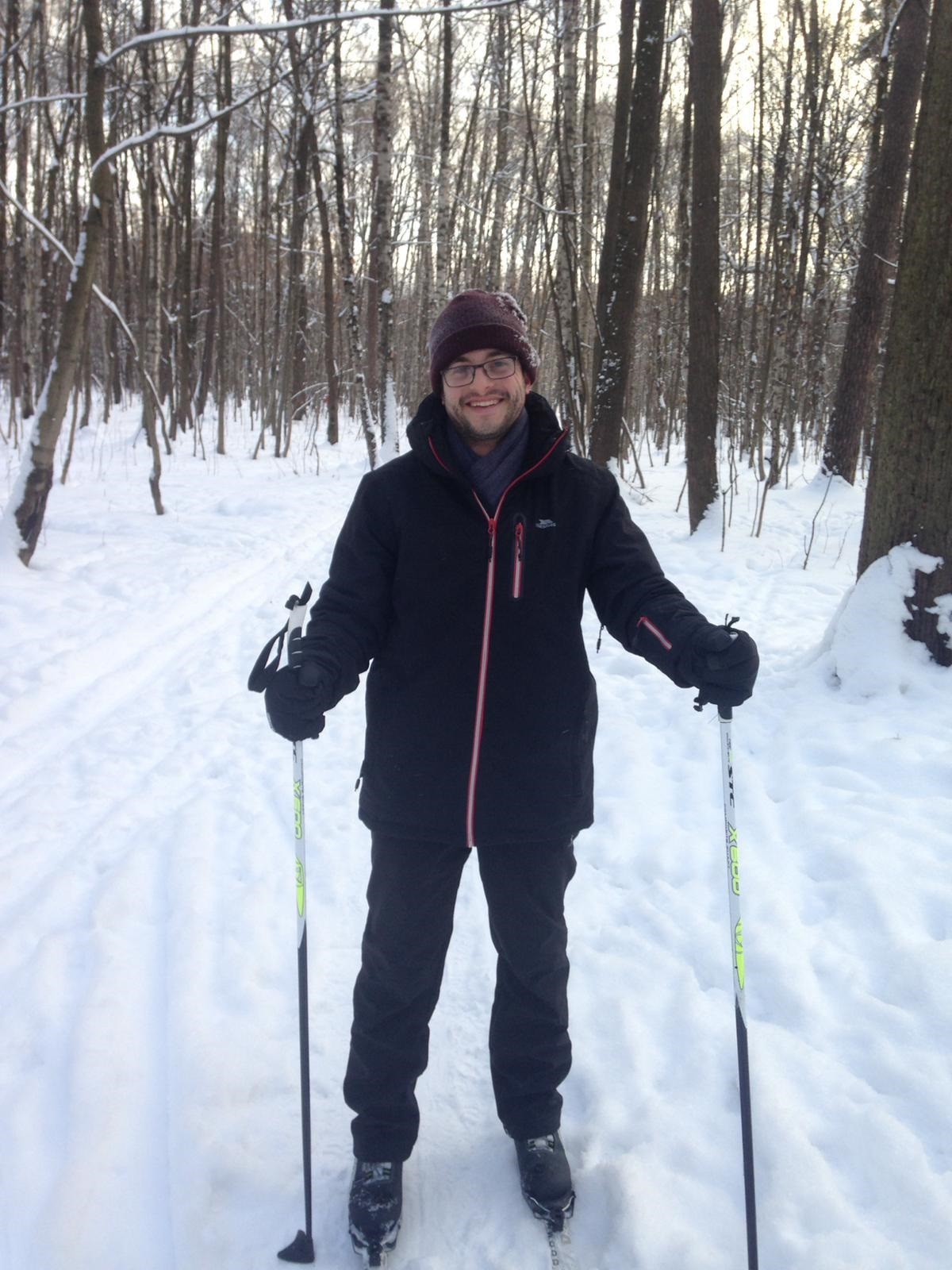 Elliot skiing in one of Moscow parks

The company that invited him took care of many things, so there was no hassle, such as looking for an apartment to rent, for example. However, finding his way home was challenging at first, as all the buildings looked identical. “The problem is that every building looks identical. Indeed, in the era prior to Yandex Maps (Russia’s equivalent of Google Maps), I simply have no idea how people managed to find their way home through these concrete jungles,” Elliot wrote in his book, remembering that the absurdity of Soviet architectural planning was even the subject of a classic 1976 Soviet comedy (‘The Irony of Fate’, or ‘Enjoy Your Bath’).

How Russia changed the Englishman

Elliot says he’s never experienced any cultural shocks in Russia, but for sure he noticed some differences. “First thing is that society is more traditional here, and another thing that I’ve noticed is that people help each other a lot, it is a more communitarian society. In the metro you can see a man carrying a woman’s pushchair, or others letting old people sit down, or people running to you to give you what you’ve dropped from your pocket. That doesn’t happen in England.” 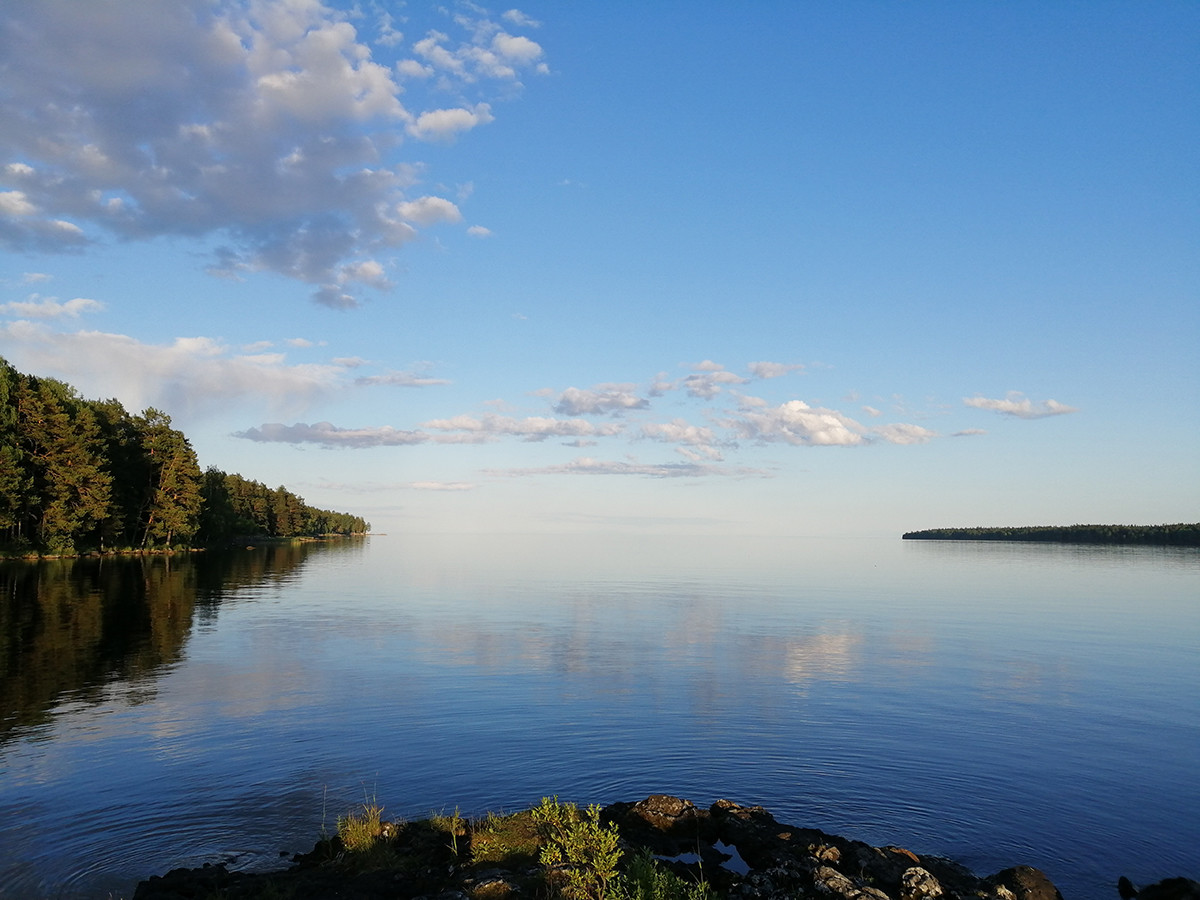 Lake Ladoga in Karelia - a place that Elliot enjoyed a lot

Elliot found lots of Russian friends in different places of the country. And he admits Russia made him more adaptable to change, even if such changes are at times confusing. “That’s what most foreigners find difficult here - the lack of structure. At the same time, there are many rules in Russia, but they don’t work properly sometimes, so you just have to accept things as they are.”

Moreover, Elliot admits he became not only more confident, but also more outgoing, adventurous and ready for some unexpected crazy things. “Russians are much more spontaneous and live much more for the moment than the Brits.”

After spending a year in Russia, Elliot spent Christmas at home in England and compiled two lists:

A short list of things which he misses about England:

And a short list of things which he misses about Russia:

So why did he come and why is he still here?

Elliot gives a more detailed answer in his book, but beyond his deep interest in Russia, he now wants to show everyone that Russia is not that bleak as is the perception of many outsiders, with a “failing economy crippled by sanctions and an authoritarian regime which brutally silences its critics”, as some Western media prefer to describe Russia. 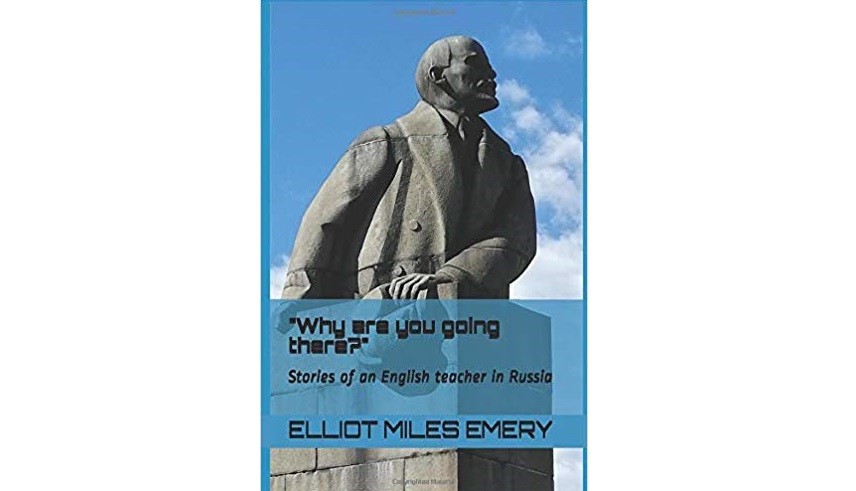 Book cover - Elliot Emery. Why are you going there

Still, even if this perception was 100% correct, “people are often unable to separate a regime from its people and culture thus, refuse to visit a country,” Elliot writes in his book. He urges people not to be put off from visiting a country, in particular Russia, solely due to negative news stories.

“In the last twelve months, I have been fortunate enough to wander across a snowy Red Square, see Lenin, admire the beautiful and picturesque nature of Karelia, and stroll alongside the ancient Kremlin walls of Nizhny Novgorod. Russia is a breathtaking and captivating country with a wonderful culture and generous and hospitable people. So far, I have only visited the Western, European half of the country. There is much more to see. So, if I could offer any final advice, it would be to put aside the bleak news stories which you might have read and to come visit this remarkable country.” 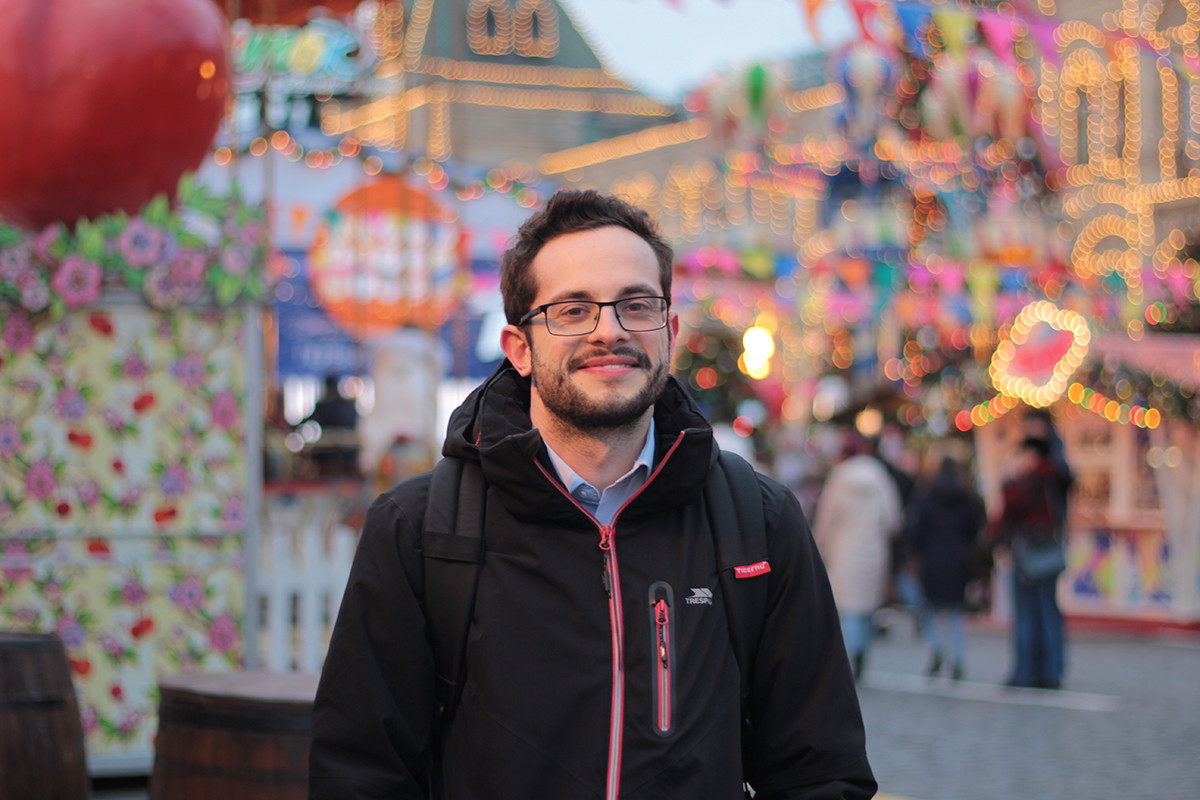 Elliot on Red Square in Moscow

But, what’s the answer to “Why are you going there?” then? Apparently, one of the reasons was to find love. Elliot met a Russian girl, who was a volunteer on his language course and fell in love with her. So far, the couple don't plan to move from Russia in the near future.