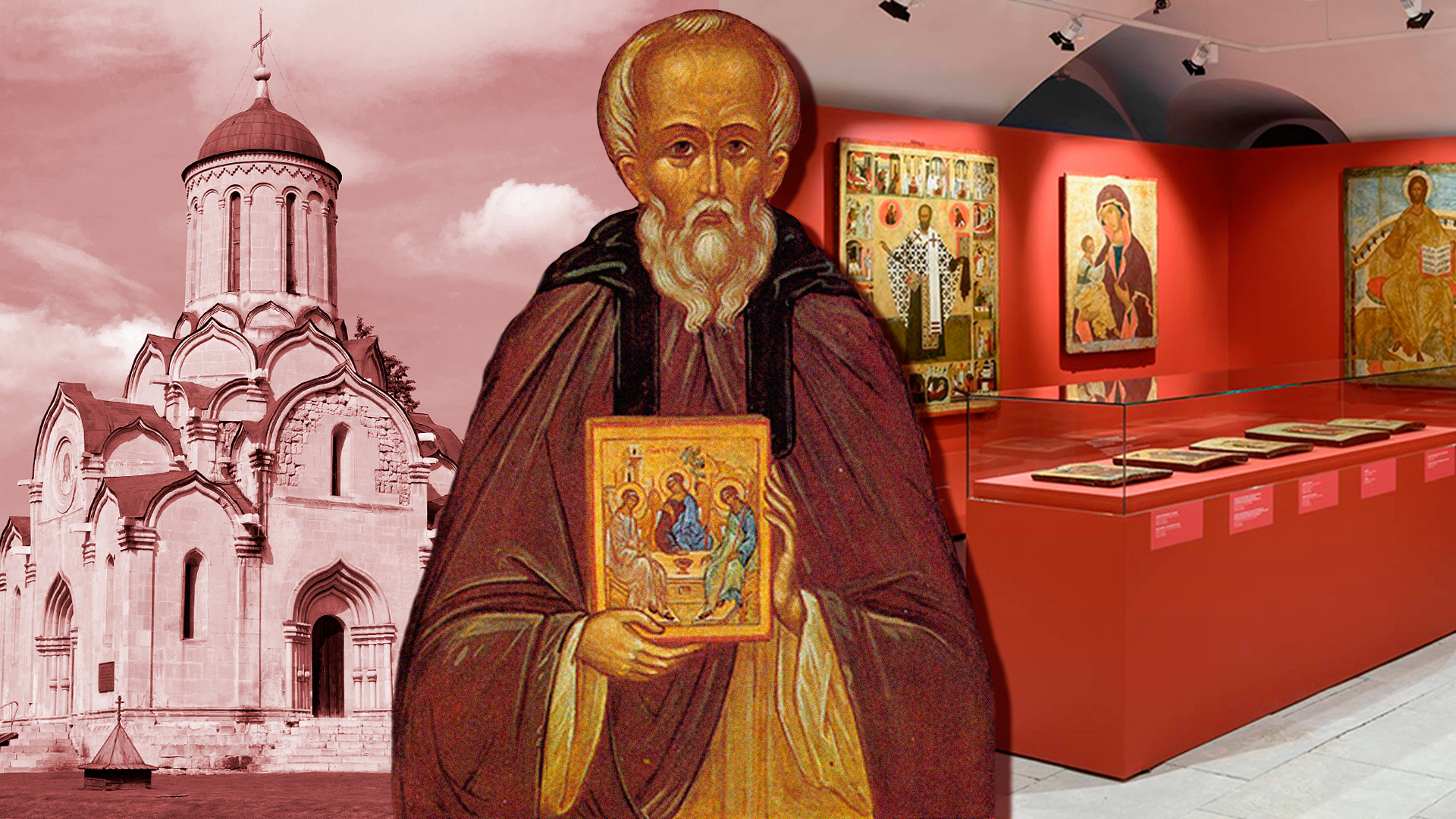 The Museum of Andrei Rublev; Legion Media; Public Domain
On the picturesque bank of the Yauza River in Moscow’s old Tagansky district, there is an island of silence - the Spaso-Andronikov Monastery. It’s home to a unique museum with a vast collection of icons and other Russian treasures.

For many centuries icon painting was Russia’s leading art form. However, not everyone had permission to paint icons: it took many years of training and required strict adherence to church canon. Andrei Rublev, who was born in the 1360s and died around 1430, is the most prominent Russian icon painter, and his Trinity is one of the most famous and revered icons in Russia. It’s also one of the treasures of the Tretyakov Gallery. 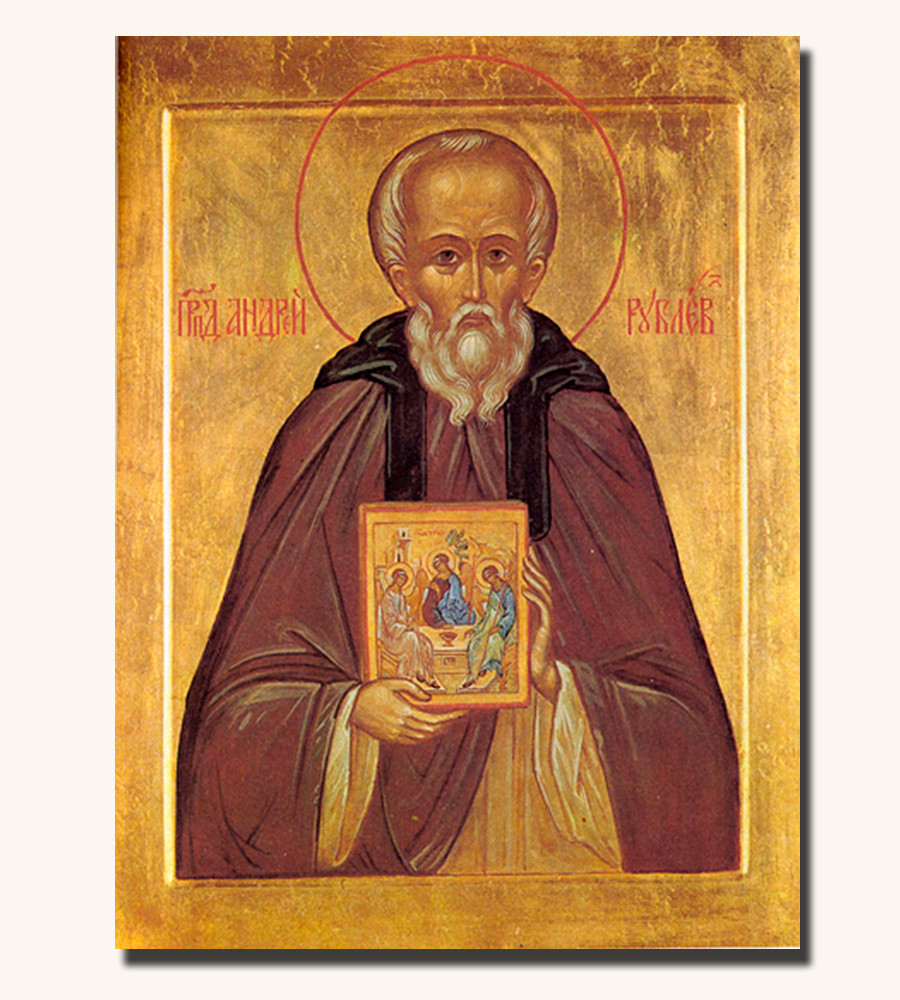 With the help of medieval chronicles, historians were able to track down other significant works by Rublev. These included icons and frescoes that adorned the holiest sites of medieval Russia: the Annunciation Cathedral in the Moscow Kremlin, the Assumption Cathedral in Vladimir, and the main cathedral of the Trinity Lavra of St. Sergius. While many other icons and frescoes have been attributed to Rublev, scholars still are not certain about their authorship. Some might instead be works made by his students and apprentices.

Scholars were able to establish, however, that Rublev's last work consisted of the frescoes in the Cathedral of the Savior in the Spaso-Andronikov Monastery. Fragments of those unique frescoes have survived to this day. 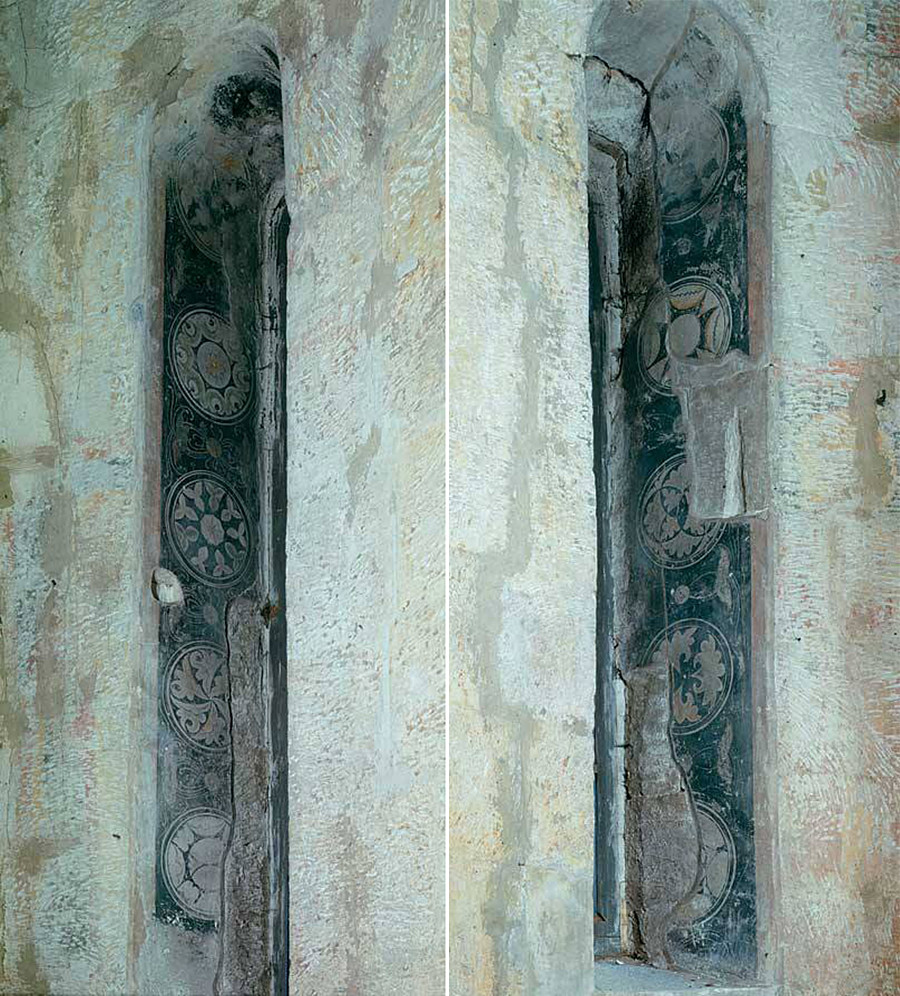 This monastery is where he took monastic vows and eventually died and was buried. While the exact location of his grave remains unknown, it’s  believed to be hidden under the floors of the Cathedral of the Savior.

Rublev's name is so significant for Russia that to mark the 600th anniversary of his birth in the 1960s even the militant atheist Soviet authorities decided to restore the monastery. A monument to Rublev was erected here and a museum dedicated to his art opened in his honor.

2. Visit a 14th century monastery in the center of Moscow 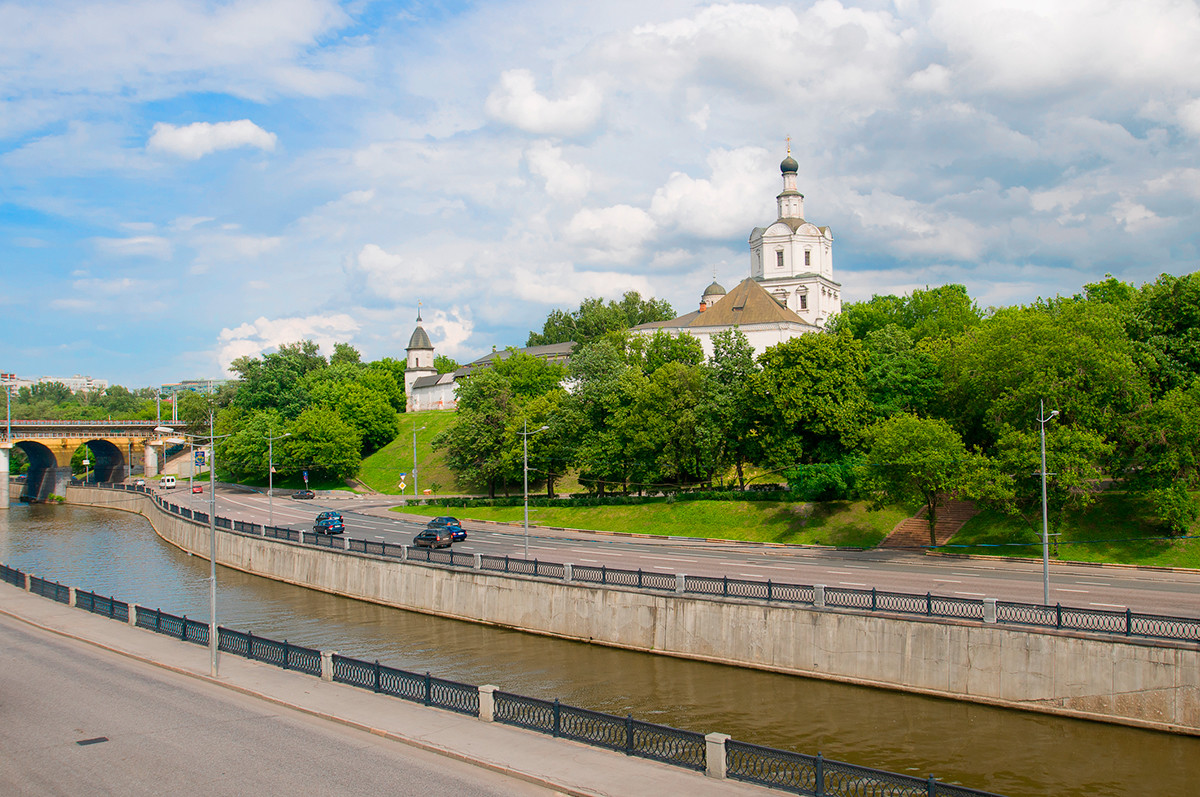 Founded in 1357 the Spaso-Andronikov Monastery (the Monastery of Our Saviour and St. Andronicus) is one of the oldest in Moscow, and was named after its first hegumen, Andronicus, who was a disciple of Sergius of Radonezh, the founder of the Trinity Lavra of St. Sergius and a revered Russian saint. The monastery's Cathedral of the Savior, whose interior was painted by Rublev, is the oldest surviving stone church in Moscow. 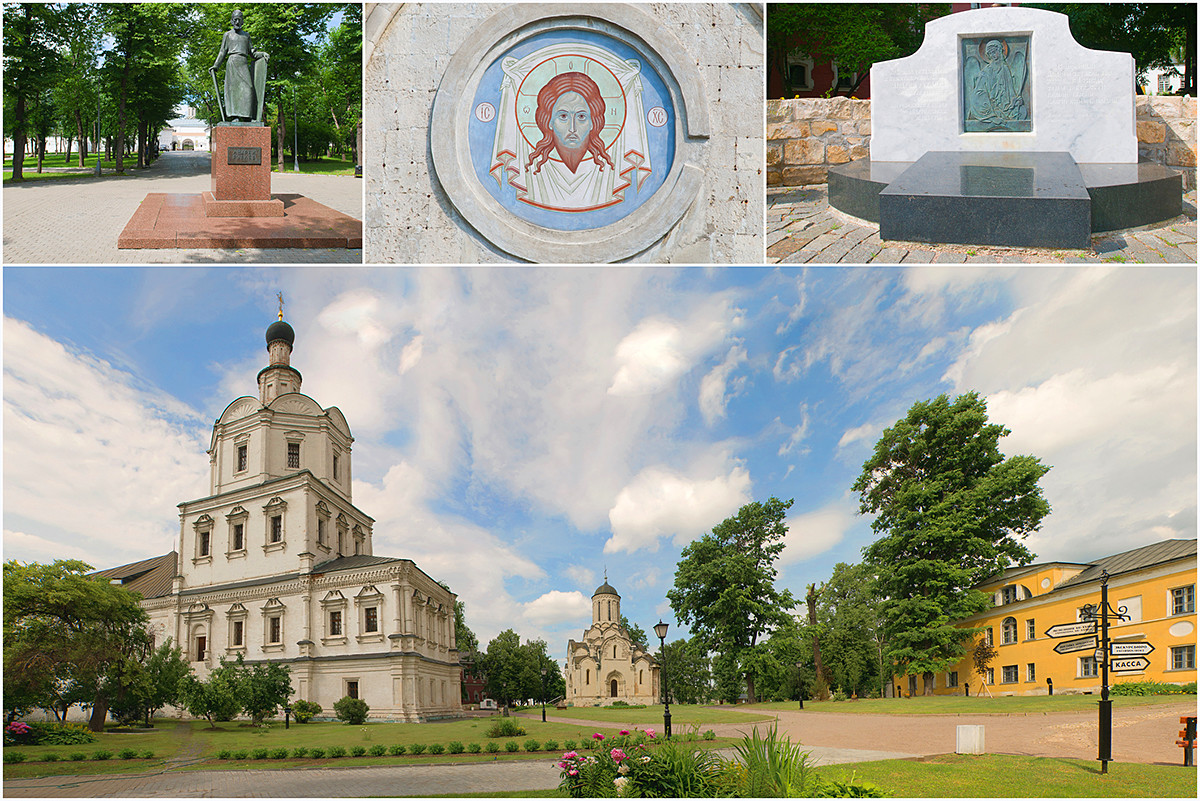 In 1947, a group of Soviet scholars and conservation experts secured permission to start restoration work at the monastery. At the time, the monastery was used to house workers of the nearby Sickle and Hammer factory. 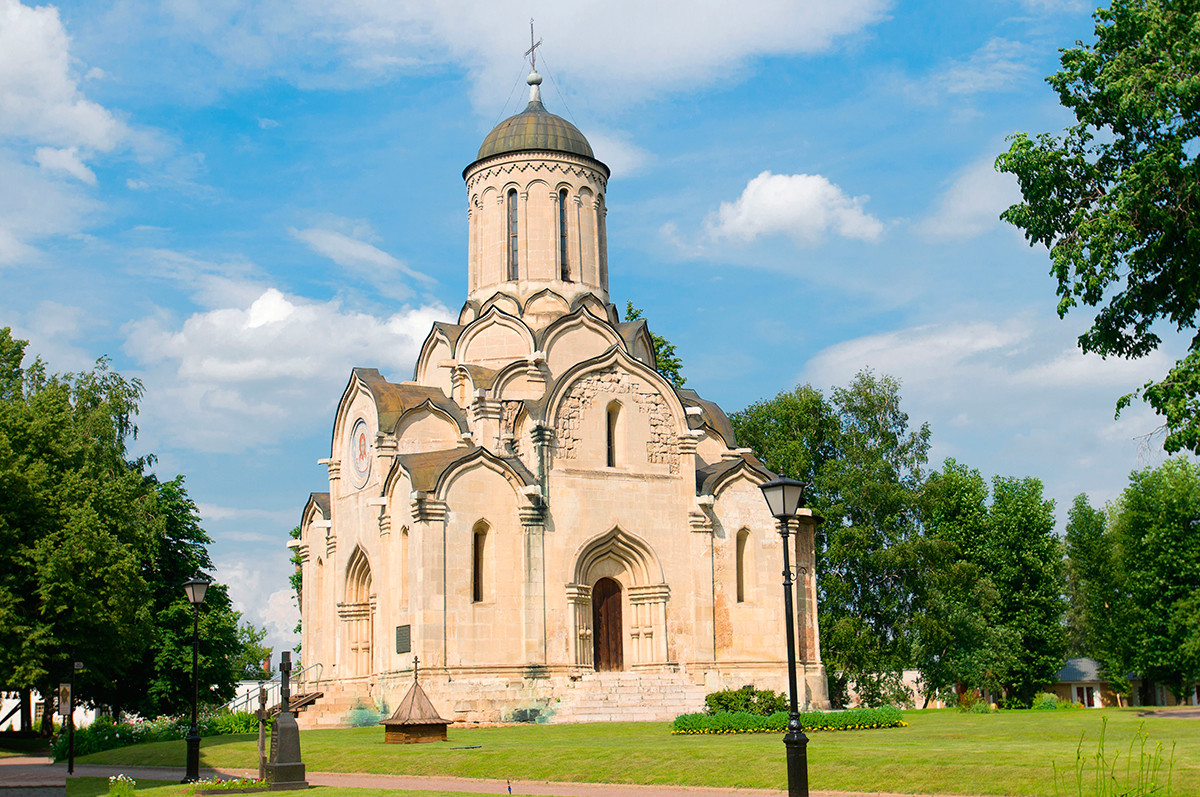 The Cathedral of the Savior in the Spaso-Andronikov monastery

Over the course of 13 years, experts managed to partially restore the monastery and put together a collection of objects of medieval Russian art. In 1960, to mark the 600th anniversary of Andrei Rublev's birth (though the exact date of his birth is unknown), a museum of ancient Russian culture and art was opened onf the monastery grounds.

3. See one of the best collections of Russian religious art 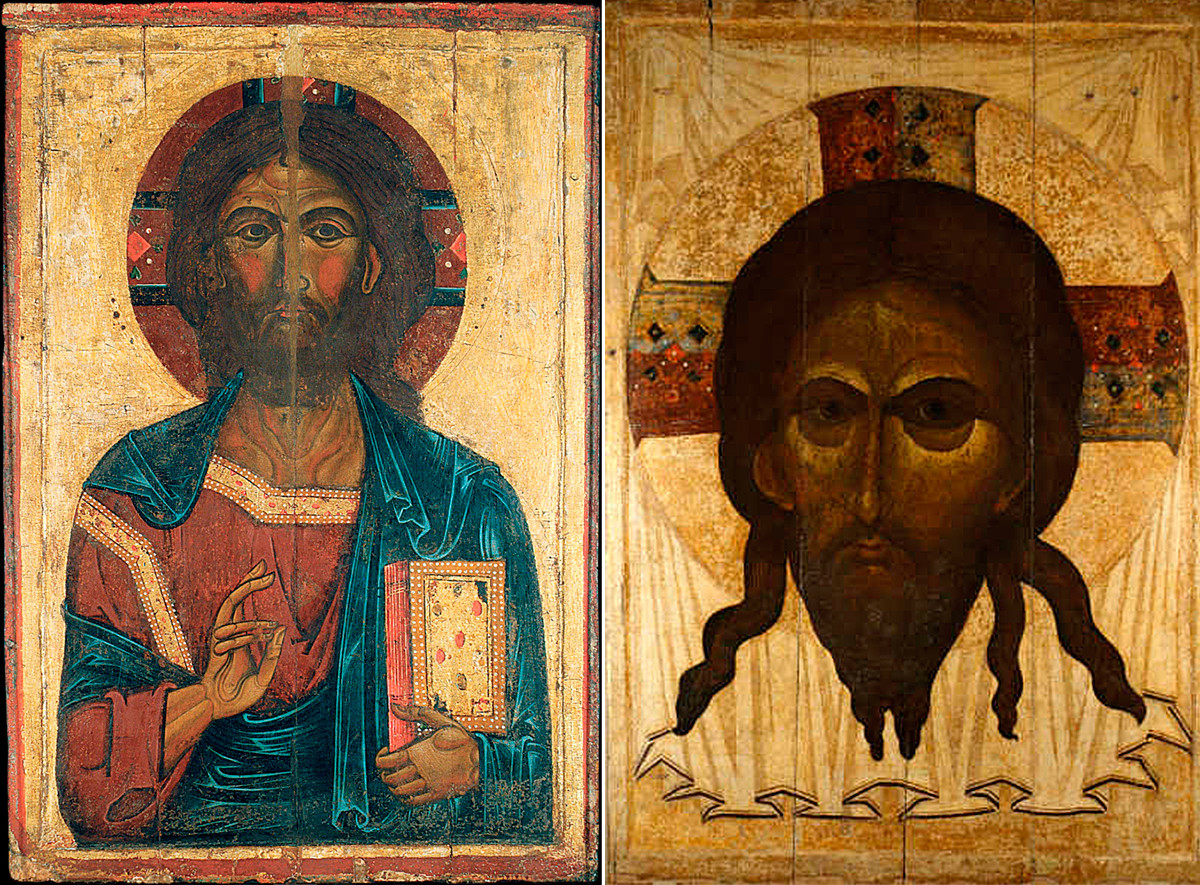 Andrei Rublev museum; Museum of the history of religion

In addition, the collection features various images of the Virgin Hodegetria, Nicholas the Wonderworker and other saints, as well as unusual icons depicting the lives of saints or scenes from the New Testament. 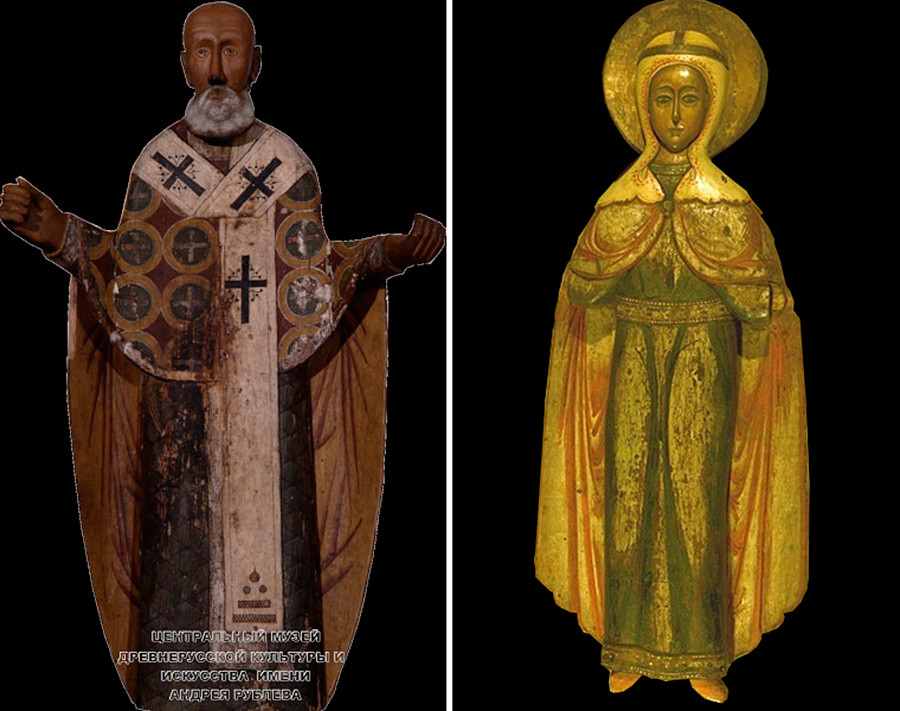 On the left: a 17th-century wooden statue of St Nicholas of Mozhaysk; on the right: a 17th century statue of the Great Martyr Paraskeva

In addition to icons, the museum houses medieval books, tiles and other monuments of Russian decorative and applied arts, as well as a large collection of rare wooden sculptures.

An entire floor of the museum is taken up by large frescoes rescued from churches from across Russia that were destroyed by the Soviet state.

“The museum’s main mission is to help people discover the icon as one of the greatest achievements of national and world art,” says a message on the museum's website. Its goal is not only to show icons and frescoes to the general public, but also to promote this art form because, along with the Russian avant-garde, icon painting has made an important contribution to the history of world art. Furthermore, this ancient religious art flourished in Russia for a very long time - starting from the Baptism of Rus in the 10th century and up to the end of the 17th century when the throne passed to Peter the Great, who turned Russia towards European art. 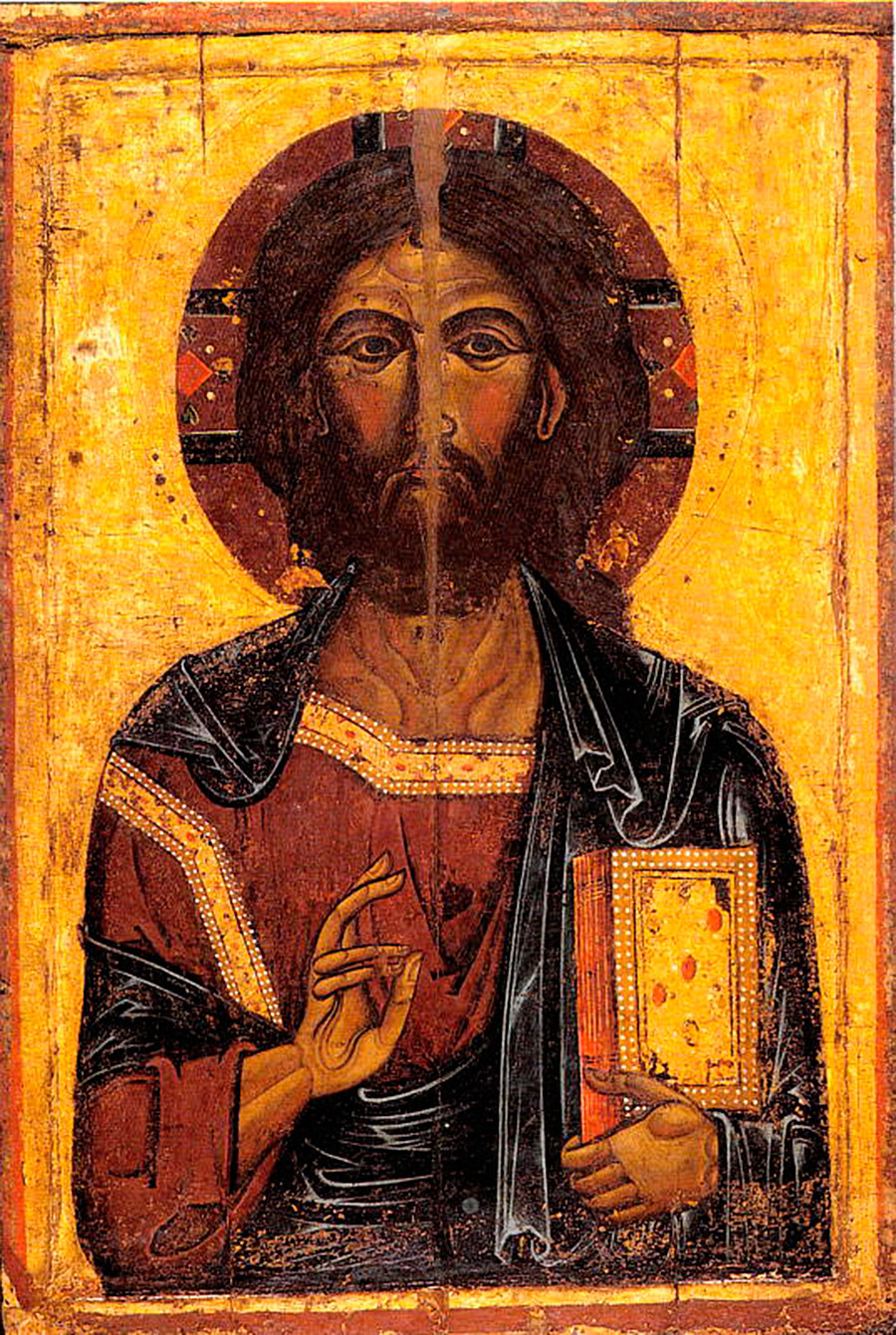 The oldest item of the museum: a 13th century icon of Christ Pantocrator from Gavshinka (a village near the city of Yaroslavl)

The artistic language of icons is very structured and highly symbolic, making it possible through artistic and semantic techniques to establish the approximate time when an icon was created, as well as the school it belonged to - Moscow, Novgorod, Vladimir or Pskov. Specific features may indicate a particular painter or his pupils. In the museum one can trace the evolution of Russian icons, their imagery and composition, techniques and paints.

Click here to find out more about how to read and comprehend Russian icons.

5. Explore an old part of Moscow that is off the beaten tourist track 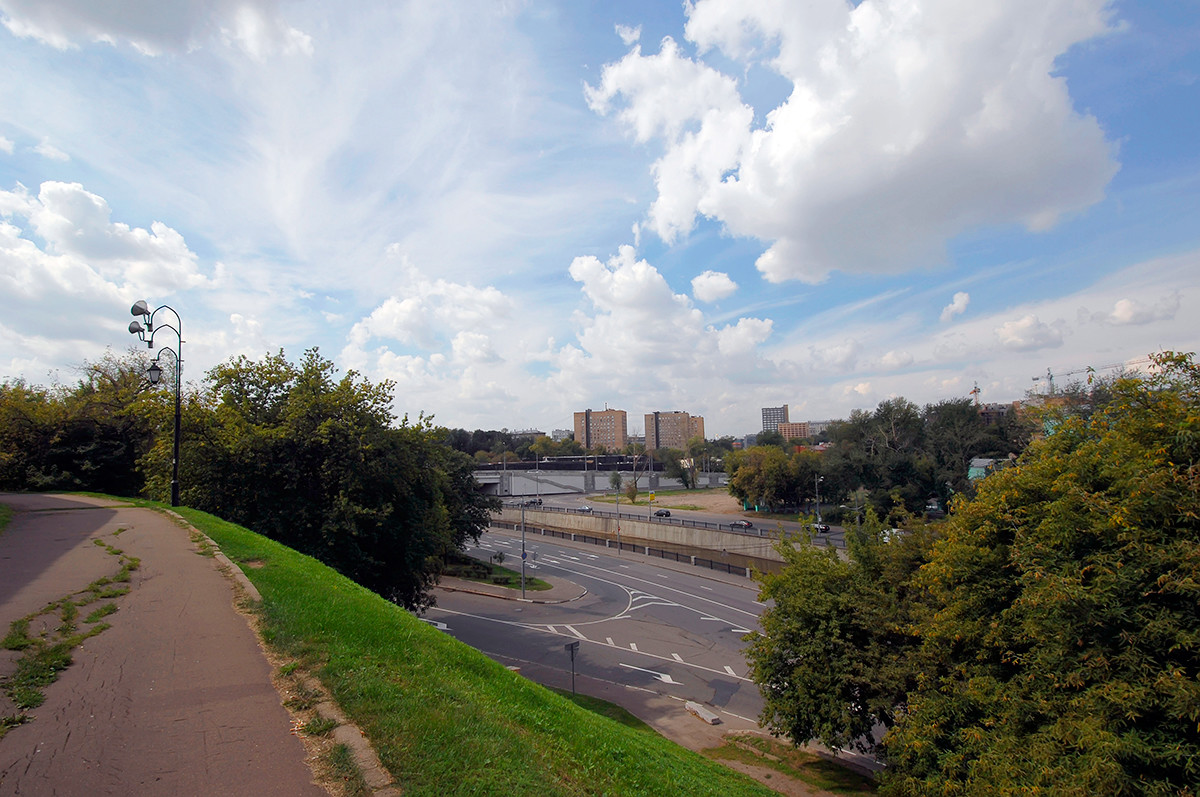 View on the Yauza River from hill Of Spaso-Andronikov Monastery

The historical and cultural value of the museum and the monastery is indisputable, but it is also worth taking a walk around the wall, going to the high bank of the Yauza to admire a completely different world - the industrial part of the city.

The area near the monastery is one of Moscow’s oldest, and there are numerous historical sights to see. Not far is the stunning Church of Sergius of Radonezh in Rogozhskaya Sloboda. 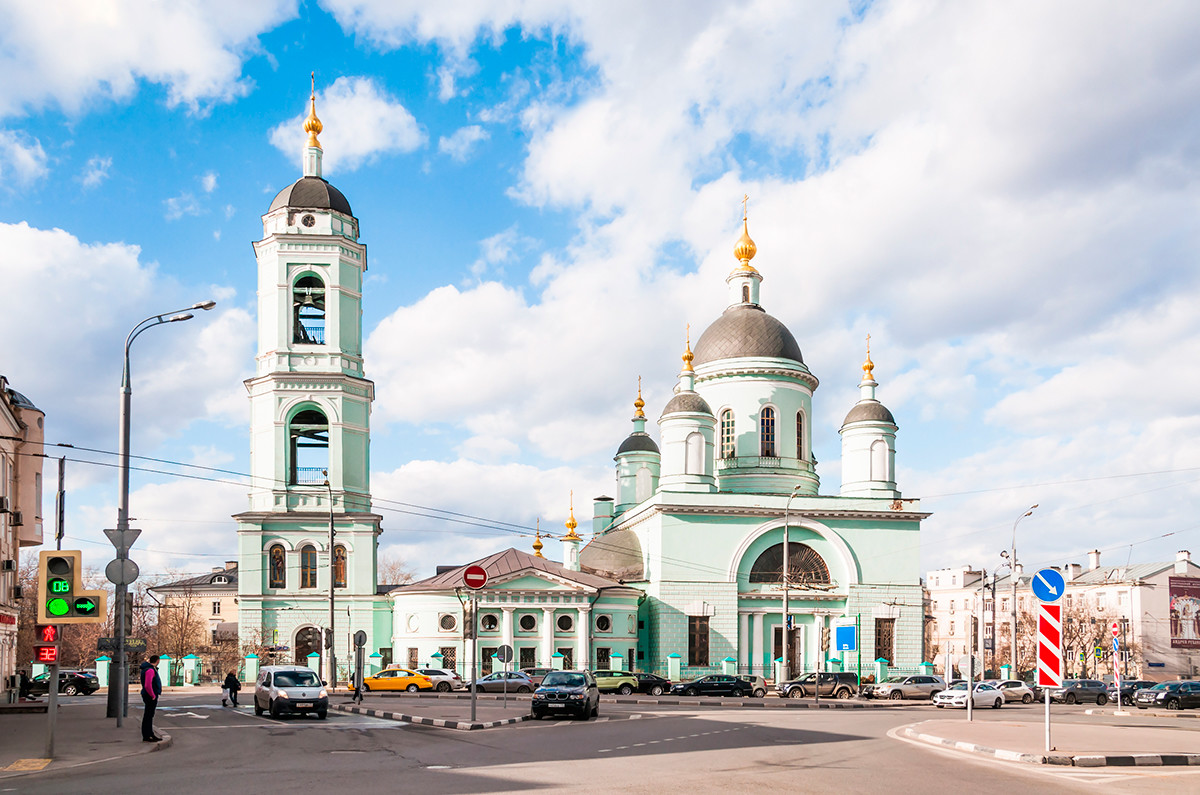 Another must is a walk along the pedestrian Shkolnaya Street, with its two-story 19th century mansions. This used to be the city’s eastern boundary and coaches heading from Moscow in the direction of Vladimir stopped here. 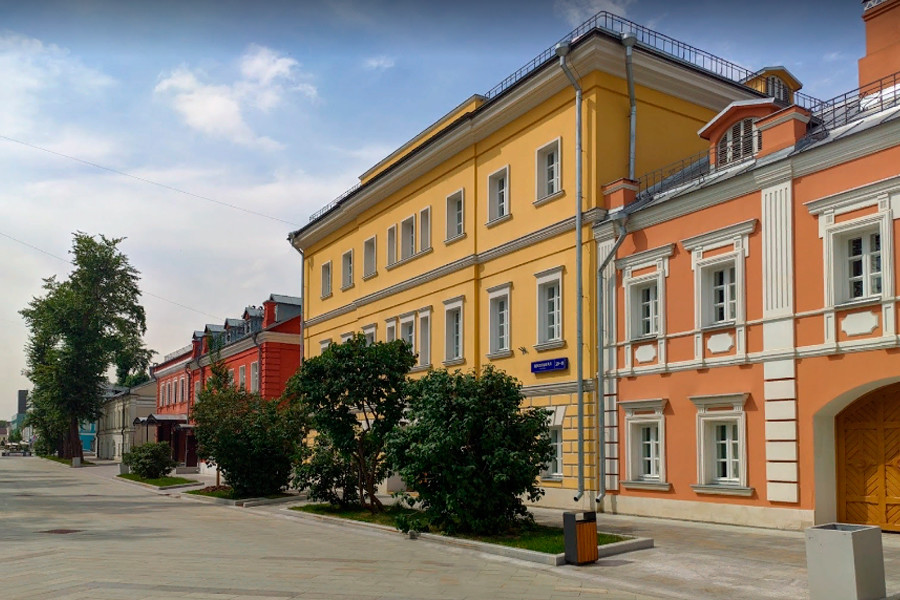 Once you’ve seen all the historical and cultural sights, check out the old Rogozhsky shopping arcade - it has not lost its original purpose and has been converted into a trendy food court with excellent pilaf, pho bo, exquisite pastries and more.