Alexander Blok: A great Russian poet killed by the revolution 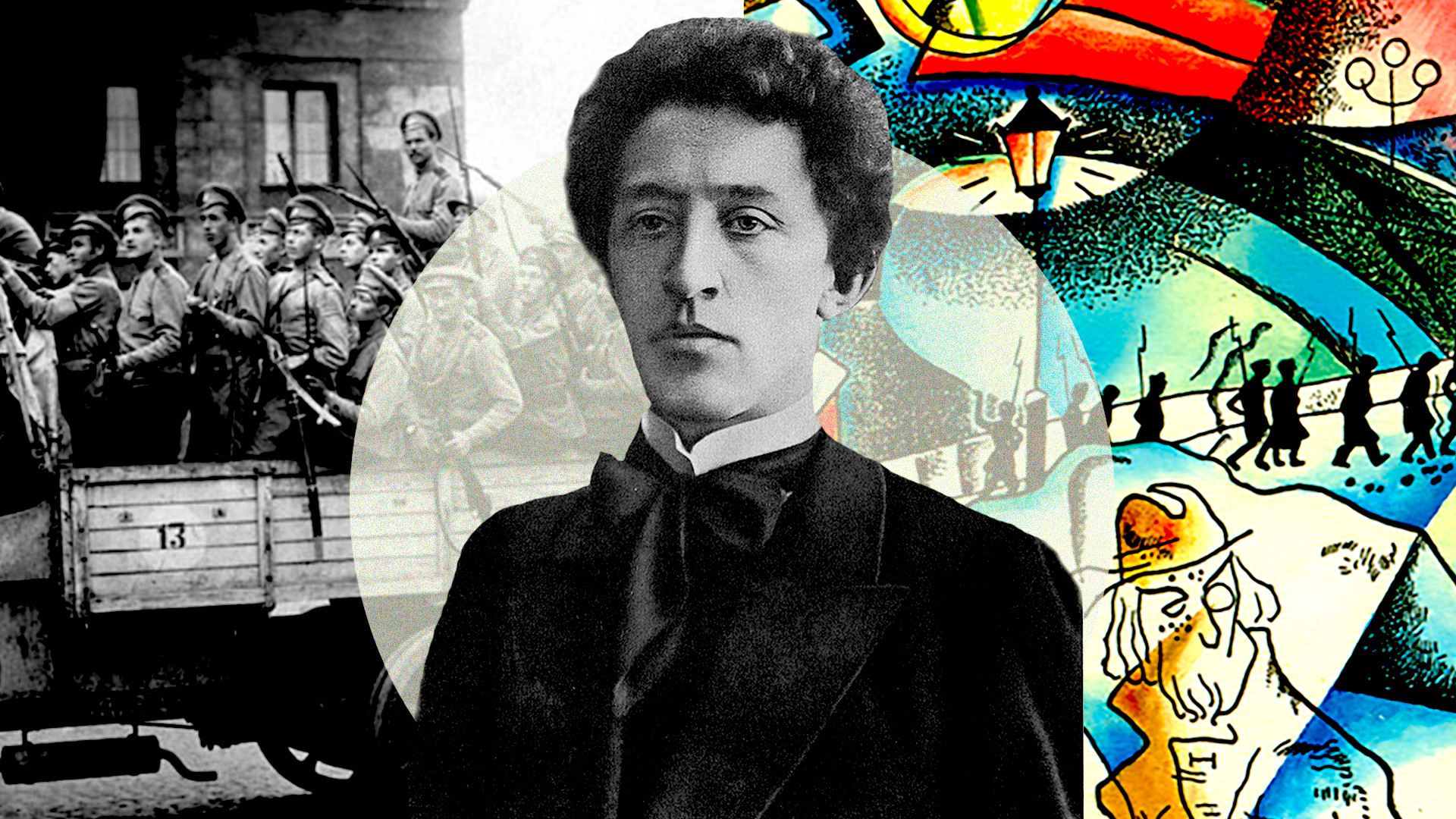 Public Domain; Yury Annenkov; Russia Beyond
Alexander Blok was a true star of St Petersburg in the early 20th century. Galvanized by the revolution, he even worked for the new government for a while, but died utterly disillusioned by the new order.

1. Married the daughter of chemist Mendeleev 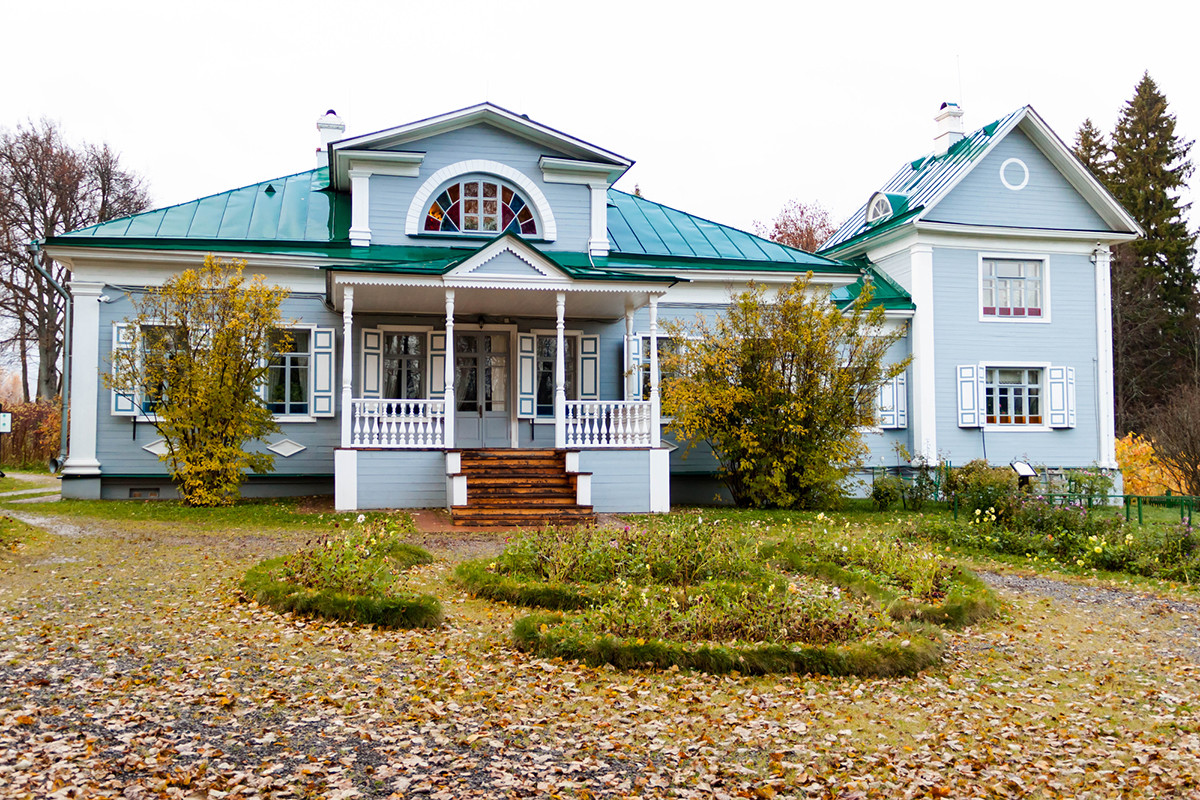 Alexander Blok was born into a noble family in 1880 in St Petersburg, where he lived all his life. That said, he spent his summers at his grandfather’s Shakhmatovo estate near Moscow, where one of the neighbors was Dmitry Mendeleev, the legendary scientist and creator of the periodic table. The atmosphere at the estate was charged with creative energy: all the children of the noble families, including the young Blok, kept diaries, wrote poetry, and staged theatrical performances. 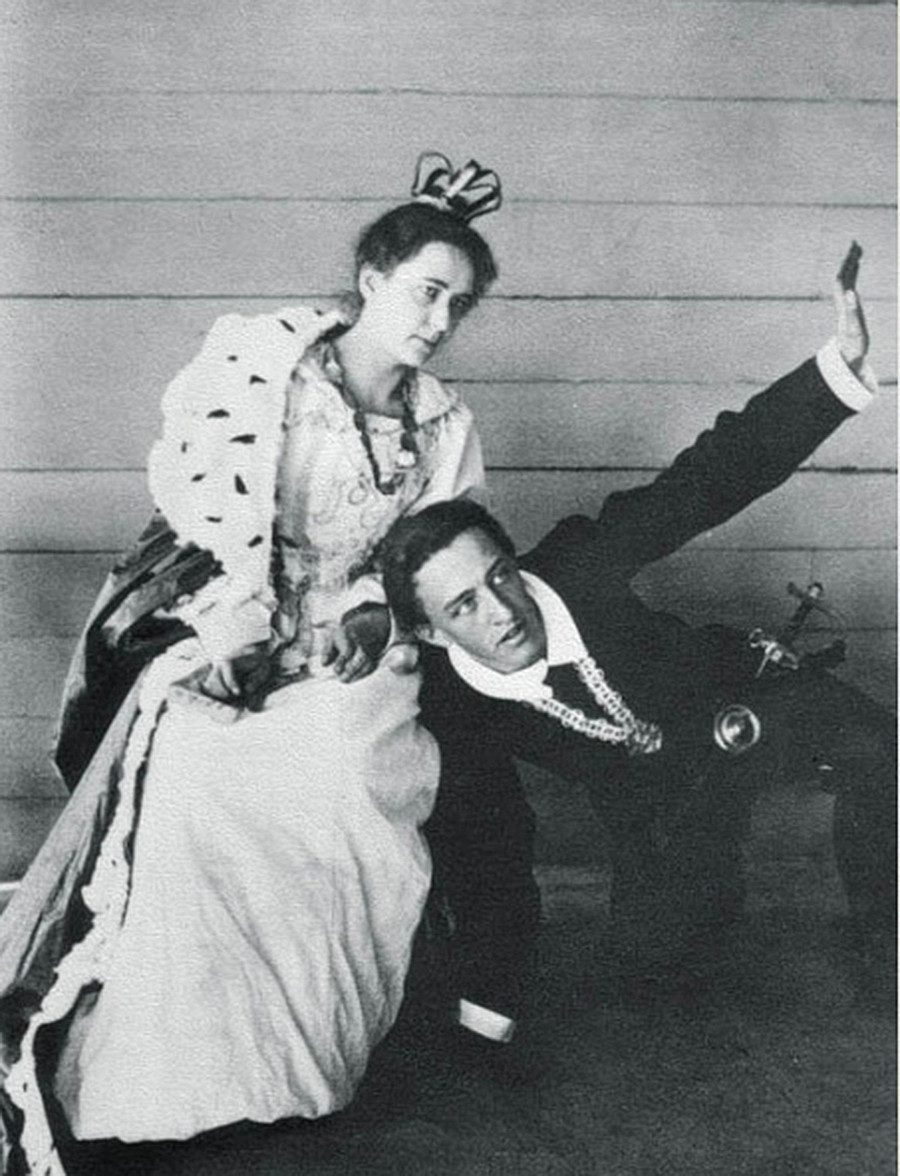 There, Blok met Mendeleev’s daughter, Lyubov, and it is to her that his first book of poems, Verses about a Beautiful Lady, is dedicated. In 1903, the couple wed in a church near Shakhmatovo. They lived together all their lives, even though Blok is said to have had several affairs with other beautiful women. Lyubov later wrote a volume of memoirs entitled Fact and Fiction about Blok and Myself.

2. Addressed all his verses to the mysterious “Stranger”

Blok’s poems belong to the Symbolist literary trend, which was in vogue in early 20th-century Russia. As one of the most famous and revered poets of St Petersburg, Blok was naturally one of the movement’s most high-profile representatives. His works were printed by many Symbolist publishers, and aspiring writers lined up to show him their verses. 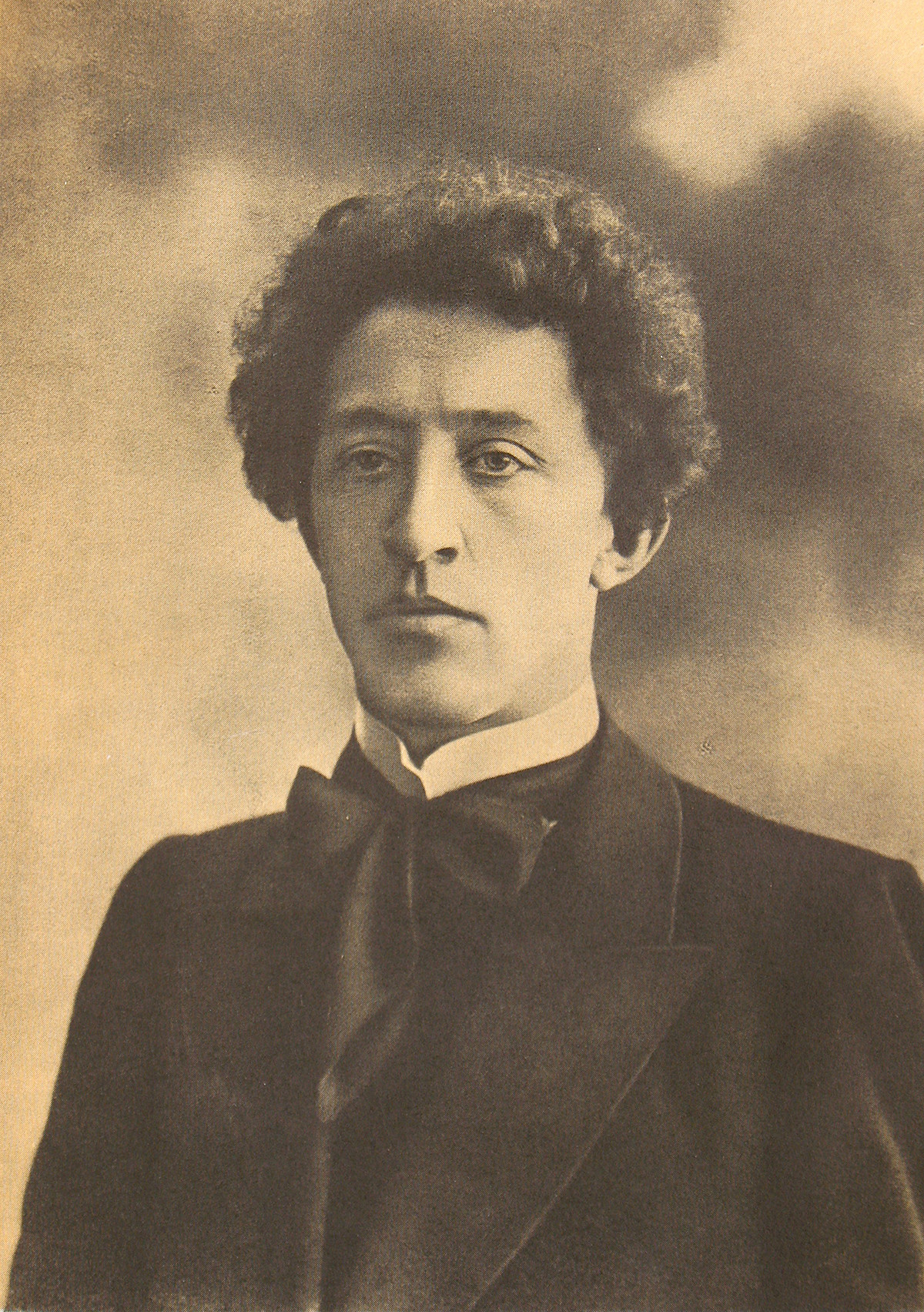 Blok’s poetry is highly metaphorical, and scholars stress the folly of taking his words too literally: the imagery, in their view, is multi-layered. The poet was fascinated by philosophy too, and counted himself among the friends and admirers of religious thinker and mystic Vladimir Solovyov. A central feature of Solovyov’s philosophy was the cosmic entity Sophia, the feminine manifestation of Divine Wisdom in Orthodox theology, which greatly resonated with Blok. The idea pervaded his oeuvre, in particular the Beautiful Lady cycle of poems. She can be perceived materially — as Lyubov Mendeleeva, as well as metaphysically — not as a woman, but as an ephemeral image of which the poet only has a premonition, forever fearful of losing the sensation of her or that she will change guise. 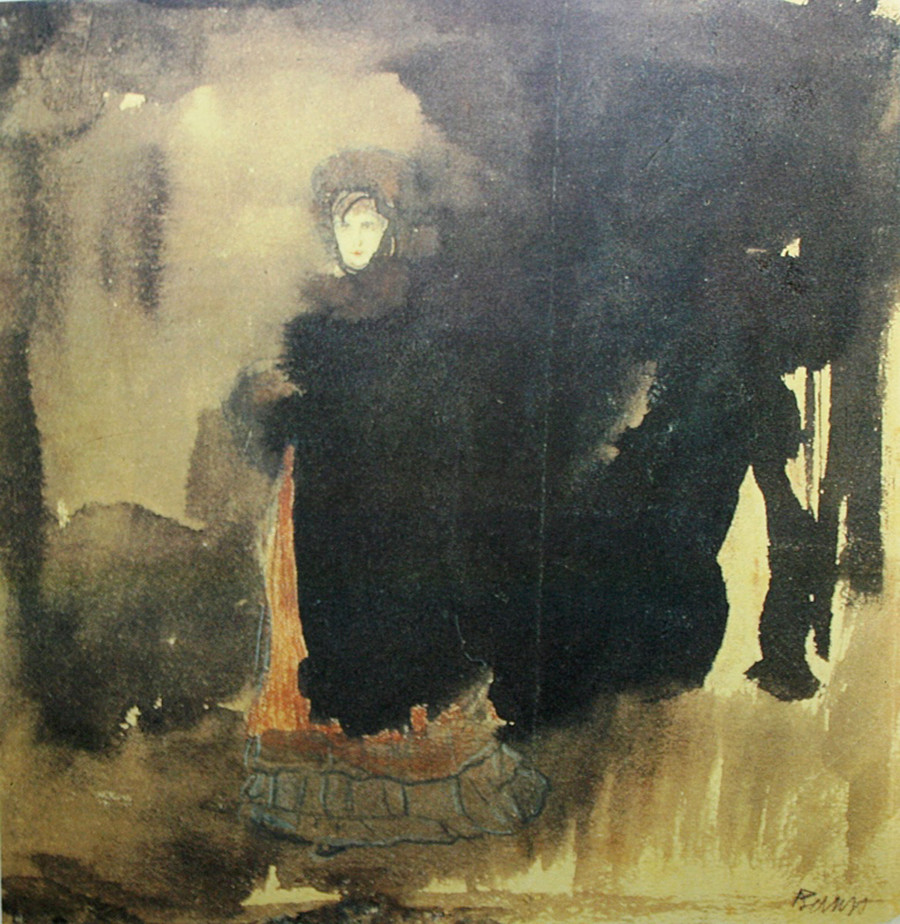 Later, Blok developed the image of the mysterious “Stranger” in a poem written 1906, which earned him genuine acclaim. The lyrical hero is drinking alone in a restaurant when an unknown lady enters. In the darkness, haze, and intoxication, he is unable to fathom whether she is real or imaginary.

A theater lover, Blok also wrote the Snow Mask cycle, which cultivates the sense of mysteriousness, where the themes of snow and masks form two separate sections, the first devoted to a blizzard that sweeps the protagonist both literally off the road and figuratively off the path of life, the second representing a theatrical mask, further heightening the inscrutability.

In addition, Blok was one of the first poets to depart from the rhythmic canons and metronomic stresses typical of the 19th century, thus making his verses more music-like. Blok himself compared the creative process to a melody, saying that he surrendered himself to the will of nature and wrote as if he were simply recording the sounds that came to his ears.

3. Wrote his most important poem about the 1917 revolution 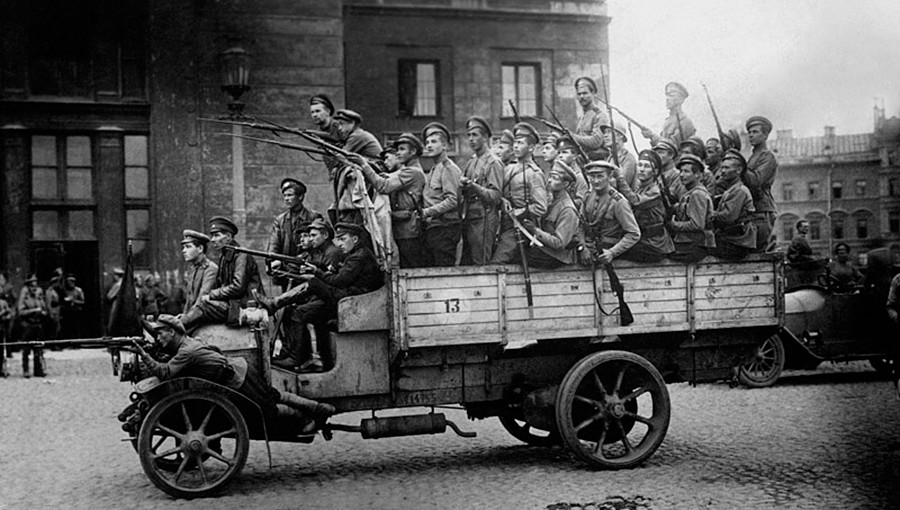 Karl Bulla/The State Museum of the Political History of Russia

The February Revolution and the emergence of the Provisional Government Blok greeted with enthusiasm. The Bolsheviks would come to power only in October, and for now Blok was delighting in the sweet sounds of revolution. (For this, he was greatly criticized by writer Ivan Bunin, for whom the revolution sounded like a cacophony, not a melody.)

Blok not only welcomed the revolution, but also took employment with the new regime as an editor at the state commission set up to investigate the crimes of tsarist officials. The authorities used Blok’s name as a propaganda tool, which, after the Bolsheviks came to power and trampled on free speech, he perceived as a personal tragedy. 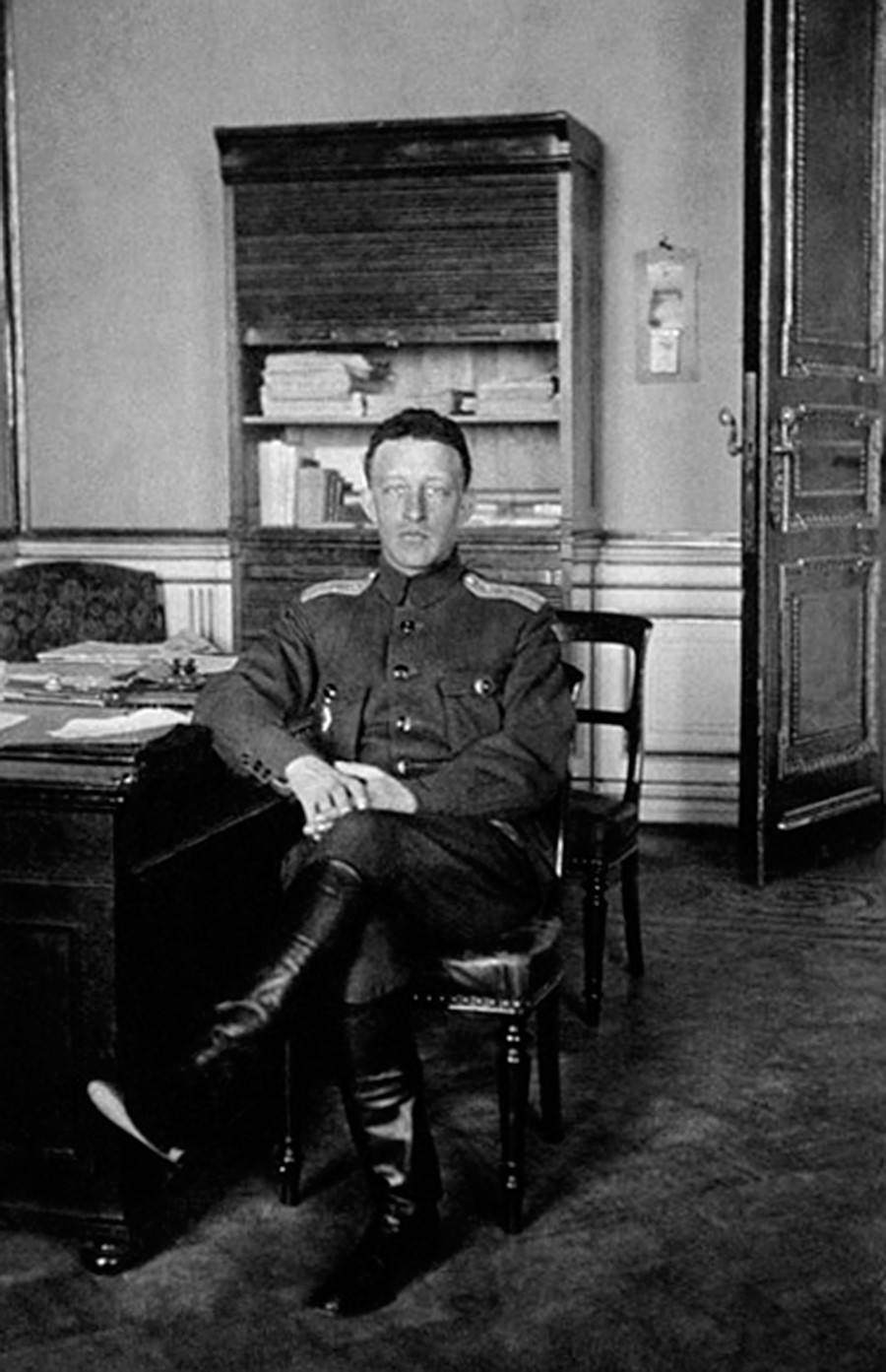 In 1918, he wrote the poem The Twelve, which differed greatly from previous works. So deep and ambiguous is the imagery that experts to this day are still decoding it line by line, disagreeing at every step about the message that Blok was trying to convey. Written intentionally in thuggish street language, it describes the adventures of twelve revolutionaries with rifles slung over their shoulders. On the dilapidated streets of blizzard-hit Petrograd (as St Petersburg was renamed on the outbreak of WWI), Blok describes loose women, vagabonds, taverns, and criminality. The poem concludes with the twelve souls marching forward, “carrying the flag blood-red, / Invulnerable from the bullet <…> In a wreath of white rose, / Ahead Lord Jesus goes.” 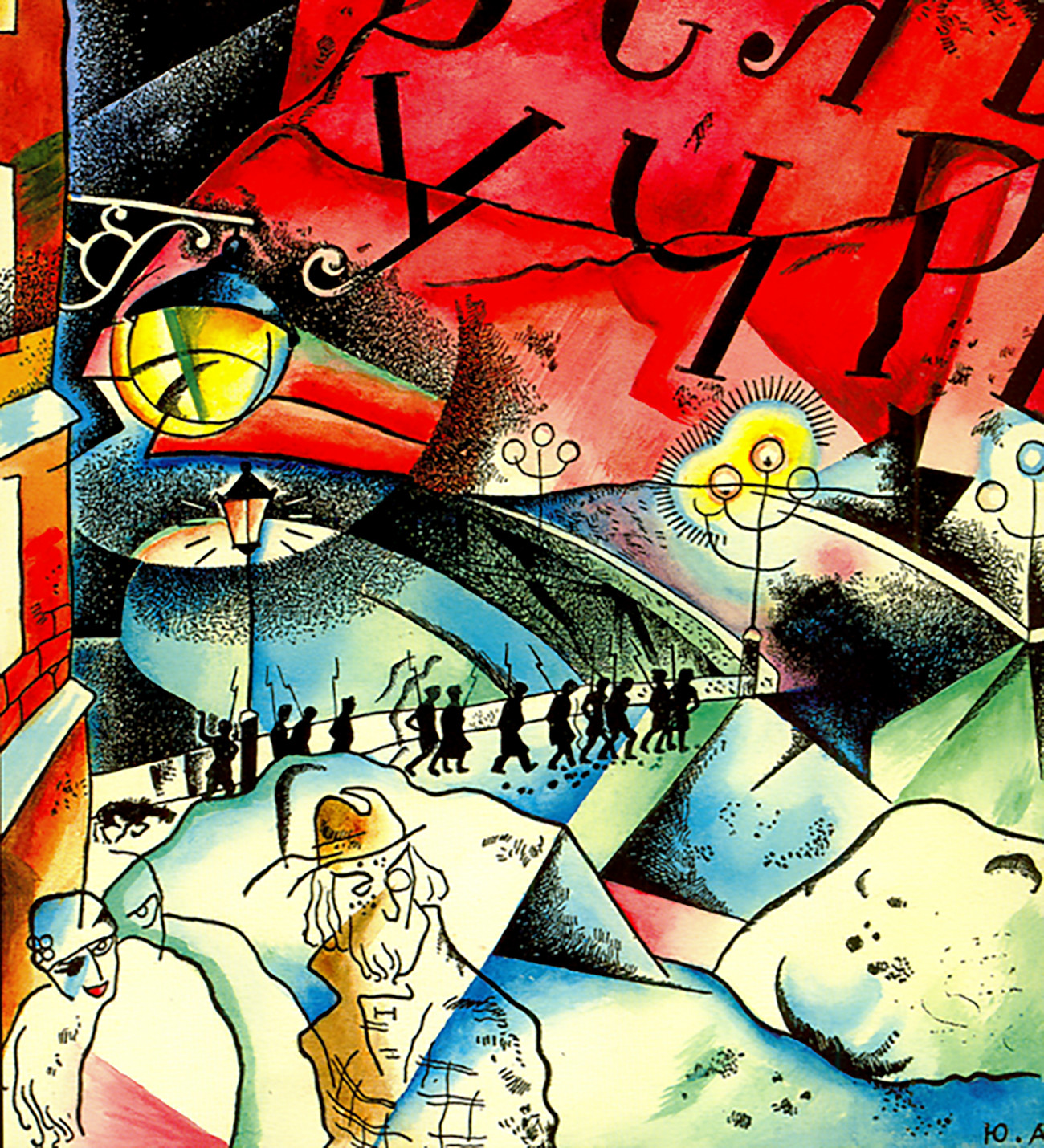 Illustration for "The Twelve."

Blok’s likening of revolutionaries and criminals to the Apostles alienated many Symbolists, intellectuals, and opponents of the revolution. However, modern literary critics cannot agree on whether Christ is depicted as the leader of the revolution, or whether the twelve have betrayed him and are taking him to be executed.

In 1921, the House of Writers hosted an evening in memory of poet Alexander Pushkin, at which Blok delivered a highly publicized speech to his fellow wordsmiths. In it, he reflected upon Pushkin’s notions of ​​what a poet is, the meaning of poetry, and the identity of the “rabble” incapable of understanding it. 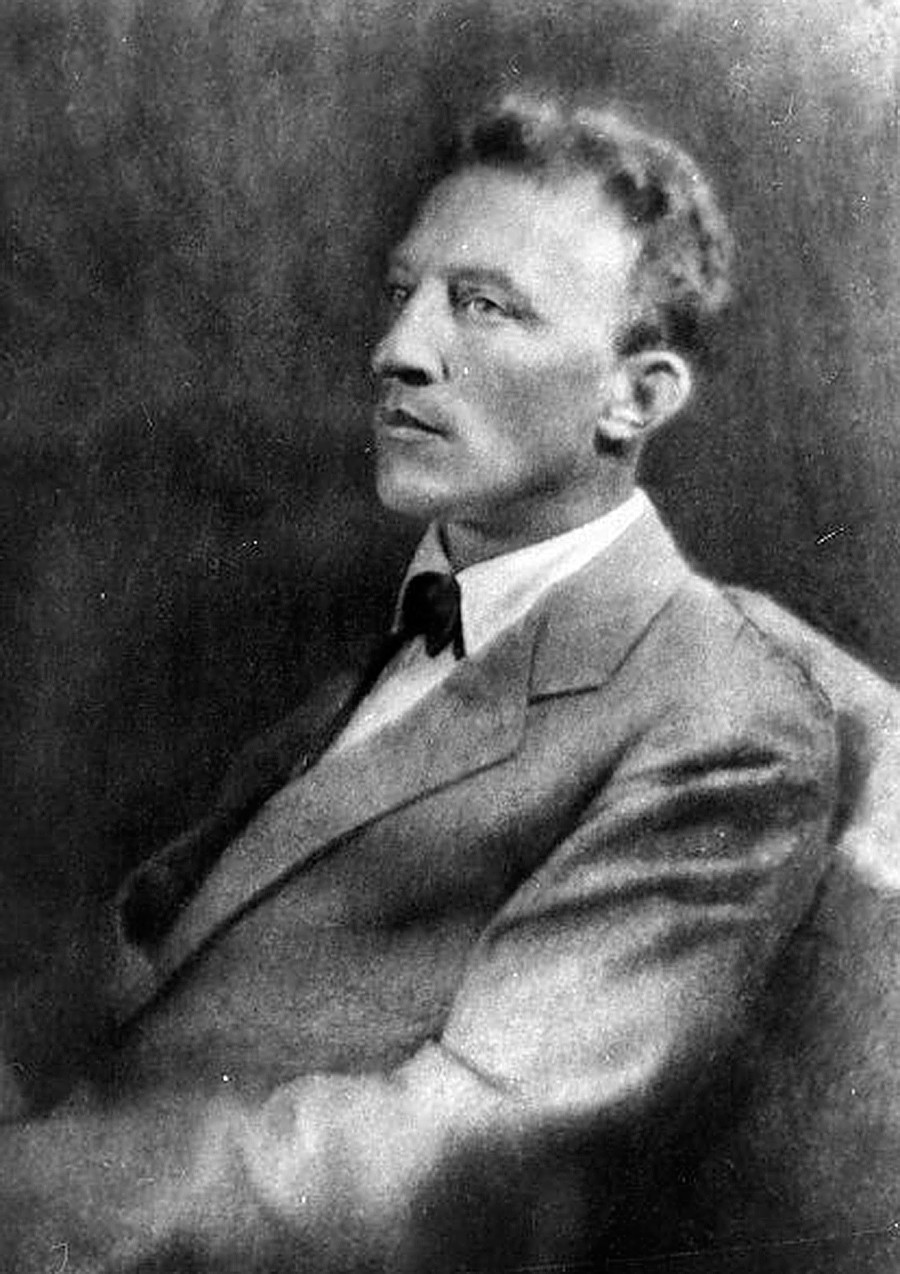 Referencing Pushkin’s works, Blok described him as “the son of harmony” and his main task as being to recognize this harmony among the chaos and elements raging inside, clothe it in words, and convey it to the outer world.

He said that only a very internally liberated person can be a poet. And that censorship is powerless to interfere in the great cause of poetry. Even without reaching a wider audience, real poetry will still echo in people’s hearts. “We die, but art remains,” concludes Blok. 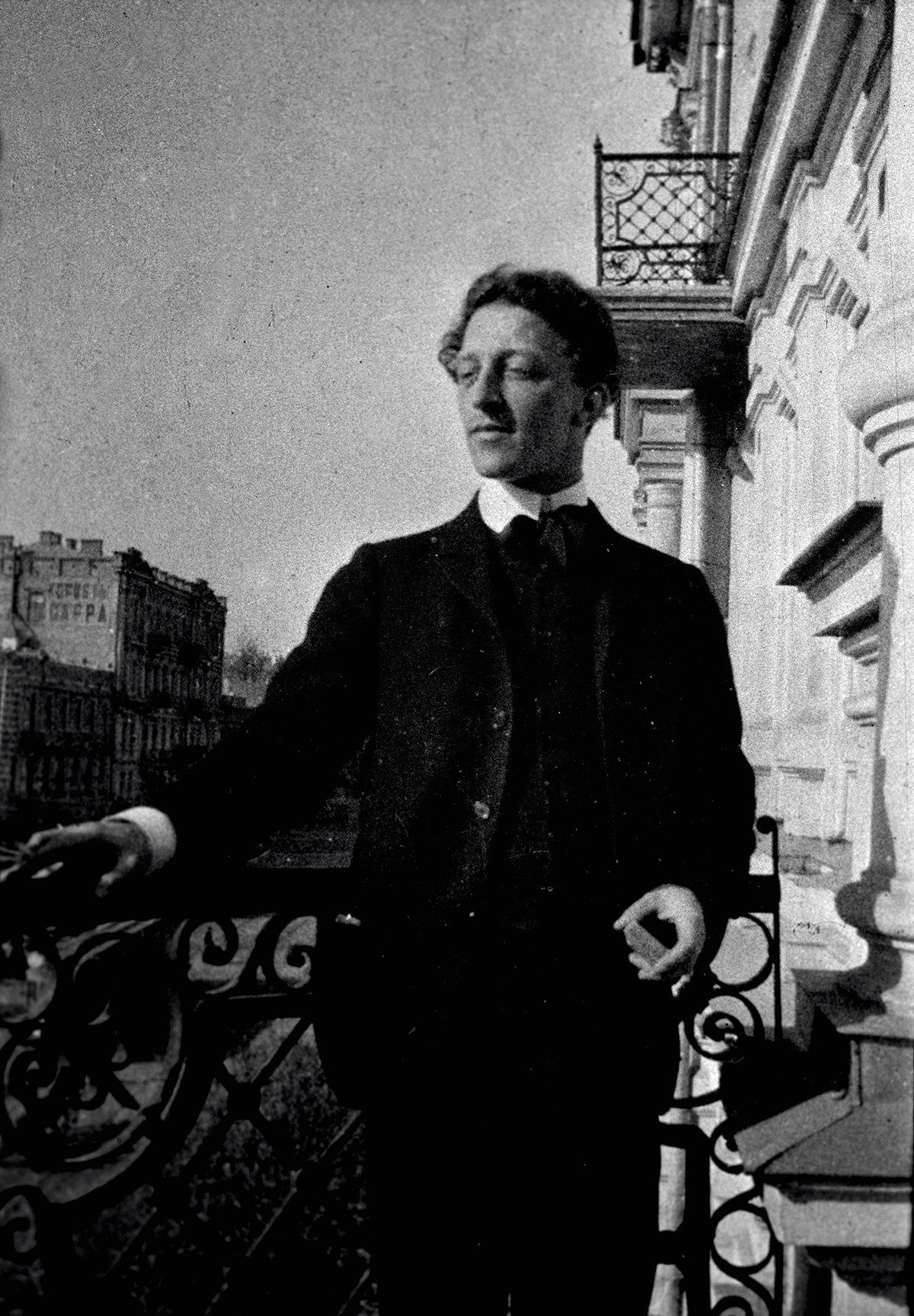 At the same time, he issued a warning to the censors, seemingly poking the new government in the eye. “Let those officials who intend to channel poetry for their own aims, encroaching on its hidden freedom and preventing it from fulfilling its mystic purpose, beware of the most odious scorn.”

One of Blok’s assertions was that poetry should not serve any interests.

5. Died “because he could live no more”

Blok believed that the Bolsheviks had deprived him of the inner freedom necessary for creativity. And when a poet does not write, he dies, for he has no reason to live, Blok postulated. He suffered the consequences of the revolution so keenly that it almost crushed his ability to write. For him, the “melody of the revolution” had faded away: “All sounds have stopped... Can you not hear that there are no sounds?” he said. 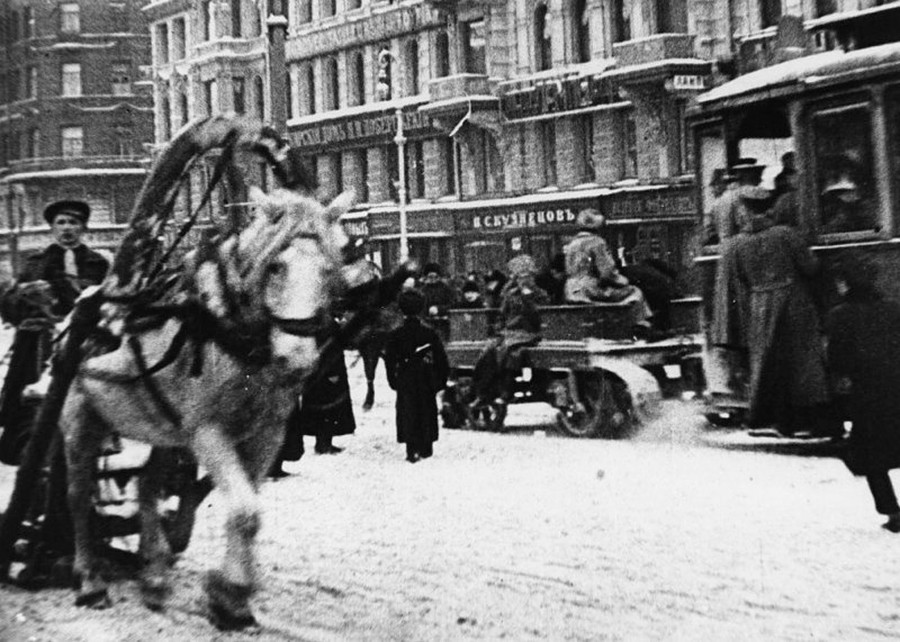 Winter Petrograd during the Civil War

Stress, depression, the wretched conditions in cold revolutionary Petrograd, and the loss of his livelihood led to Blok developing first asthma, then scurvy. Having decided not to emigrate earlier, now Blok sought an exit visa — at least to get medical treatment abroad. However, the Bolsheviks dragged their feet, and granted the poet permission to leave only a few days before his death.

At the age of 41, one of Russia’s greatest poets died in his apartment, having refused food for several days; it was also rumored that he had gone crazy. Poet Vladislav Khodasevich wrote that Blok died “because he could live no more.” (Read more about the last days of Blok’s life here.) 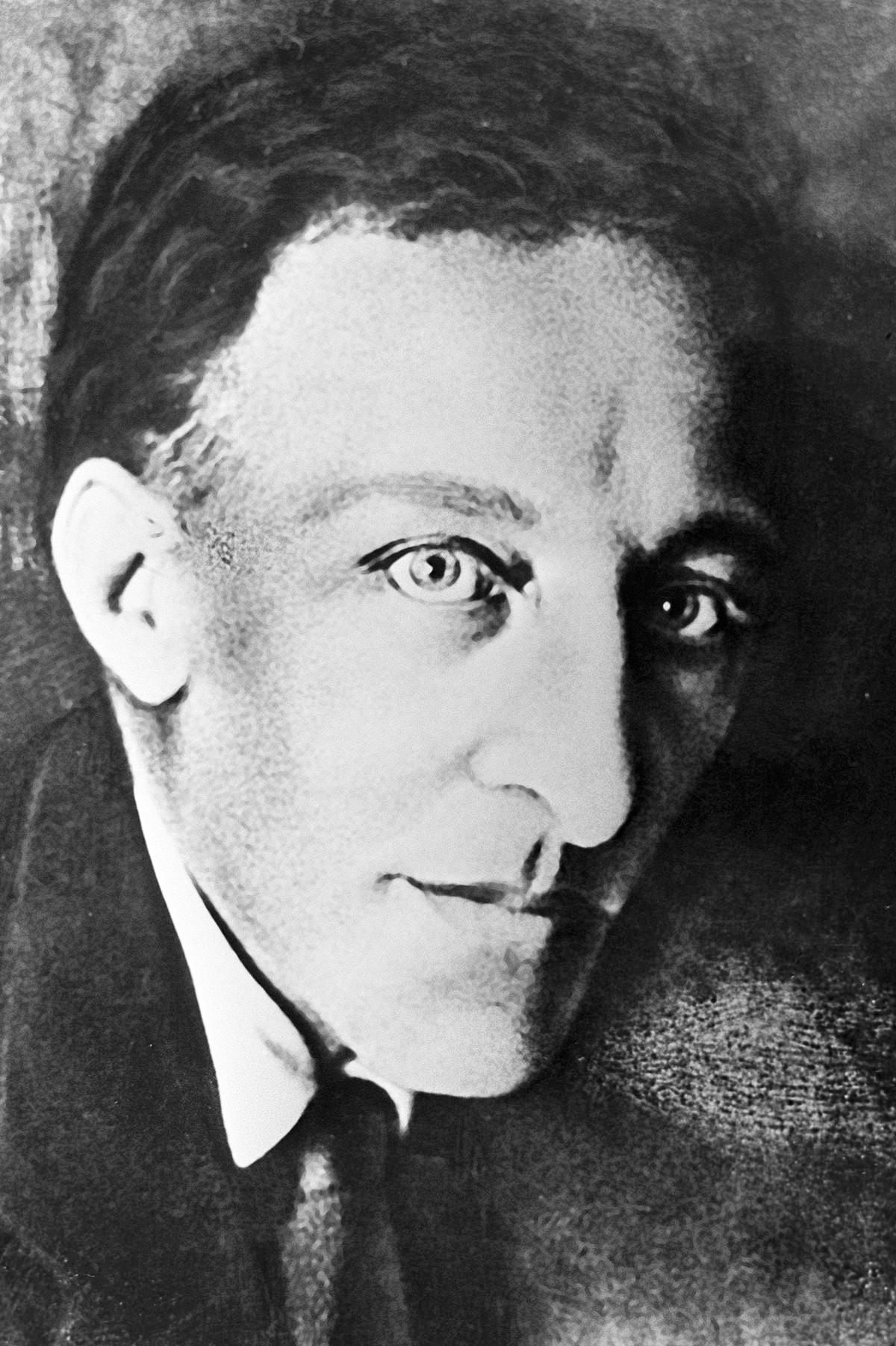 After his funeral, poet Anna Akhmatova wrote an epitaph, describing Blok as “Our sun, extinguished in torment.” In one way or another, the revolution devoured many of the country’s finest poets, writers, musicians, and other creators. But as Blok rightly prophesied: they died, but art remained.