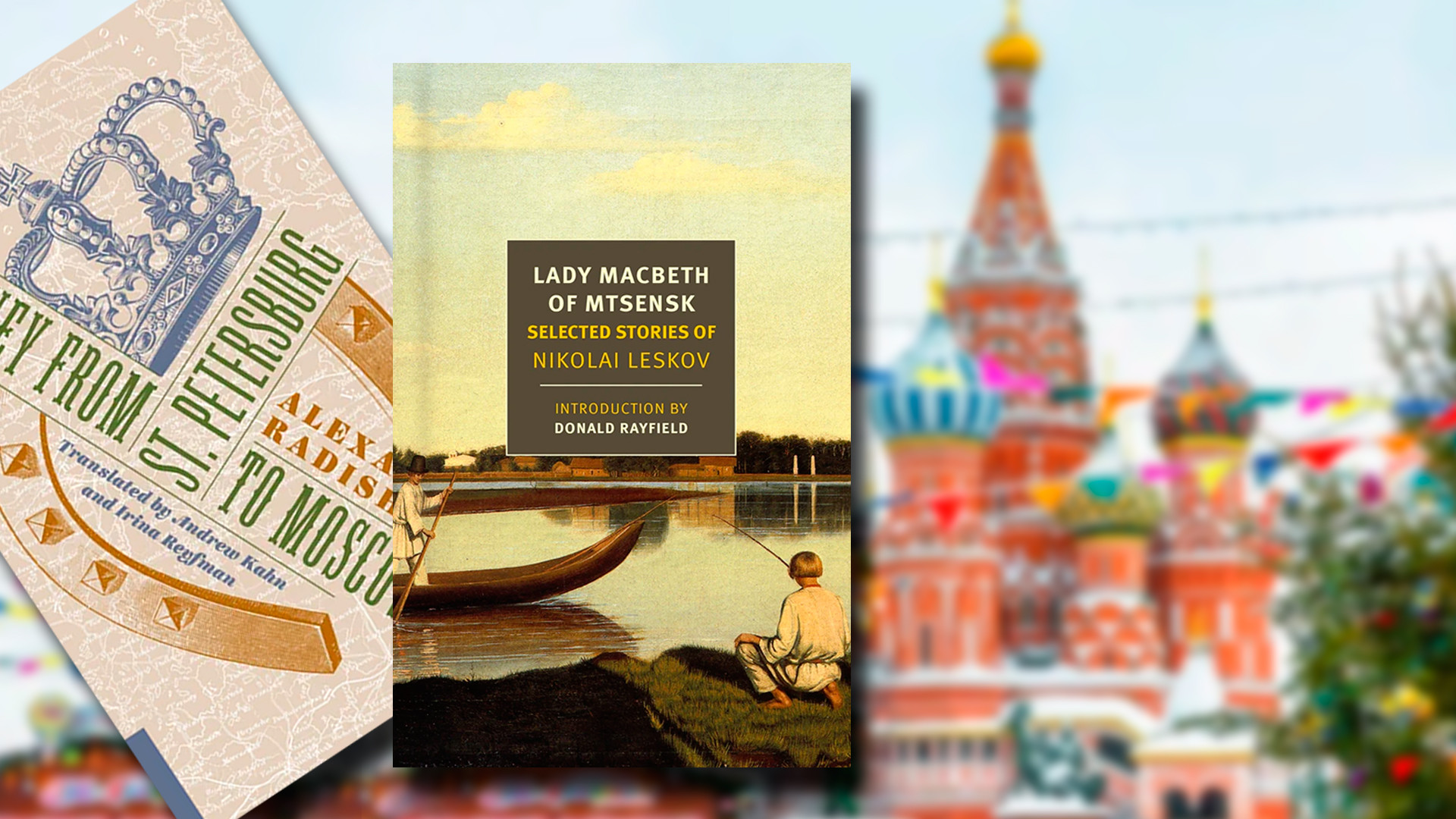 Legion Media; Columbia University Press; NYRB Classics
Despite all the madness of this year, new translations of Russian literature are still being published in English. And here are some of the most noteworthy works including solid classics, new translations, and brand new contemporary novels. 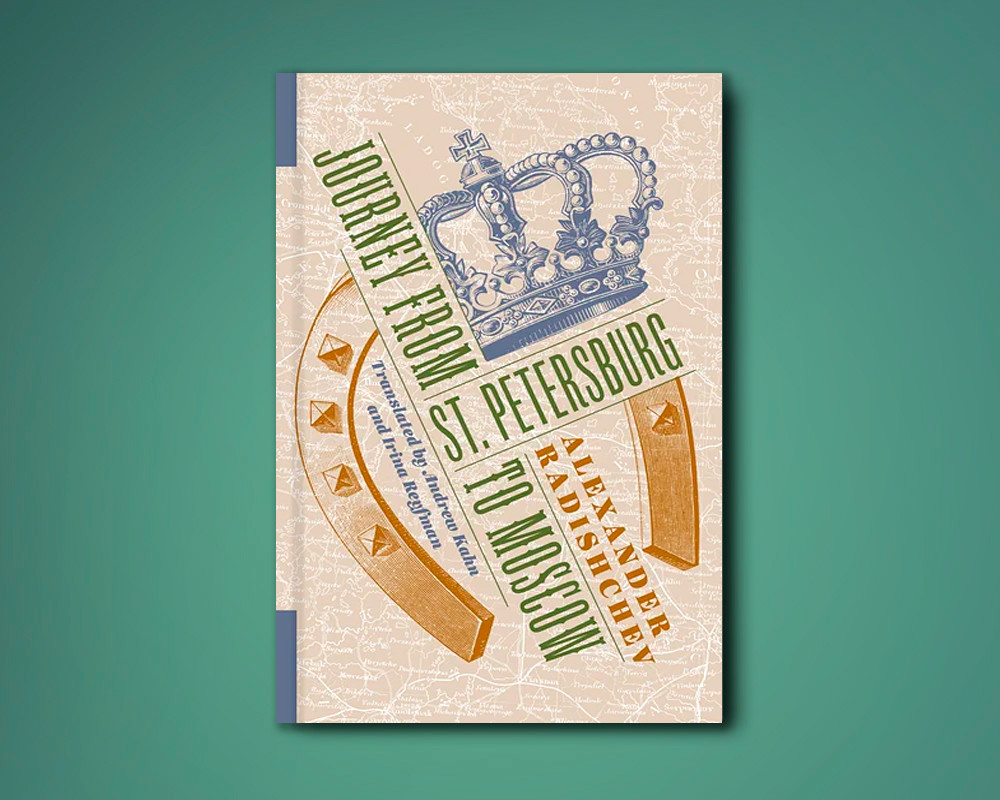 Most Russian school students struggle to read this book written in the late 18th century. However, it’s an incredibly important work, and its author, Alexander Radishchev, became one of the first Russian authors to be punished and jailed for a novel. The book was banned up to 1905 and in the Soviet times Radishchev was called one of the first Russian revolutionaries, while Journey from St. Petersburg to Moscow was soon on compulsory reading lists at schools.

Radishchev was a St. Petersburg official and amateur writer who undertook journeys from the capital city of St. Petersburg to Moscow and back many times. On the road he often stopped in small villages and saw the deplorable situation of serf peasants. He talked to them and learned about the cruelty of their landlords, who treated them like slaves, not people. He undestood how peasants had to work hard even on Sundays, just to be able to feed their families.

Inspired and excited by the French Revolution of 1789, Radishchev wrote the book, criticizing serfdom and the defects of Russia’s social structure where money and goods are available only for rich noblemen. The book angered Catherine the Great - who said that Radishchev deserved the death penalty, however, she only ordered him jailed for 10 years (he was set free within six years following the death of the Empress).

The book is usually compared with Uncle Tom's Cabin by Harriet Beecher Stowe, though the American novel was published more than 50 years after Radishchev's work. 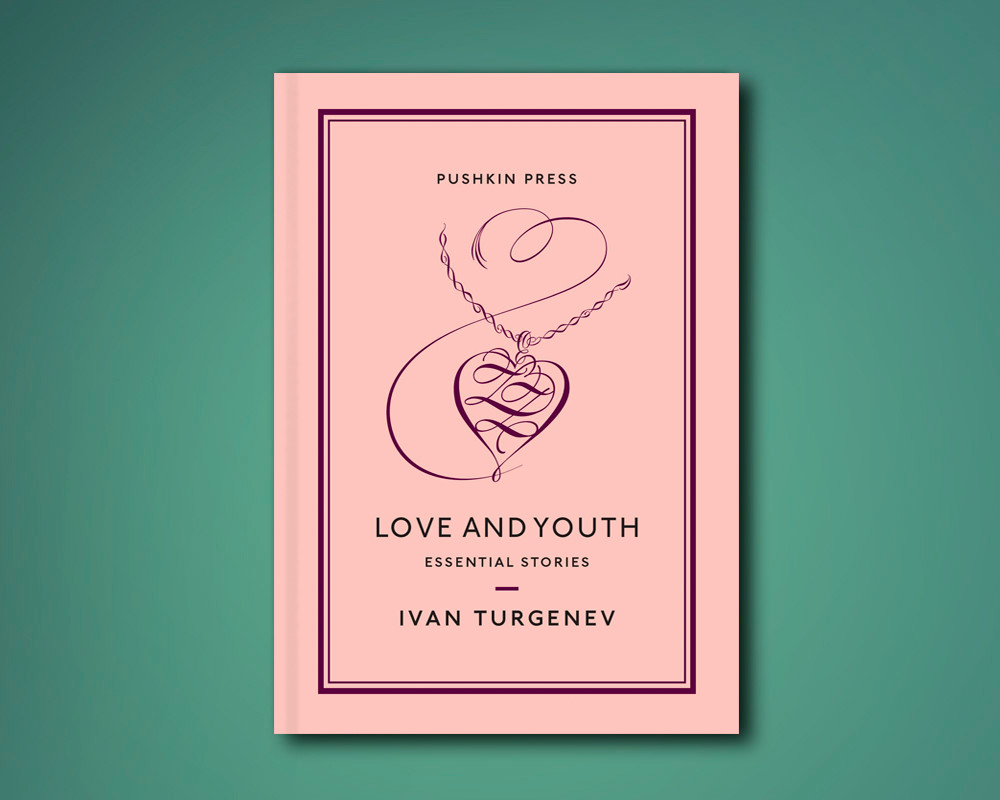 In the Russian language, there is the notion of ‘a Turgenev girl’ about sensitive and smart young  ladies. This image we can see in many of Turgenev’s novels - a virginal young lady who is an introvert and busy with reading all day long. But she usually appears to be brave and mentally more mature than men.

Turgenev is one of the most iconic classic writers of Russian 29th century literature, after more important writers such as Tolstoy or Dostoyevsky. And he did a lot to promote Russian literature in Europe. He is a little lost in translation, though probably most of our readers will know of his most famous novel Fathers and Sons.

The new translation opens a collection of Turgenev’s great stories, including his iconic work called First Love. This is a semi-biographical story where the writer describes his first teenaged feelings for a woman older than himself. His heart is broken (in Russian literature you hardly find a happy ending) and he finds out the woman is actually in love with his father… The story is a memoir of the man later in life, and it’s interesting to follow his investigations of his first flush of love from the perspective of his age. 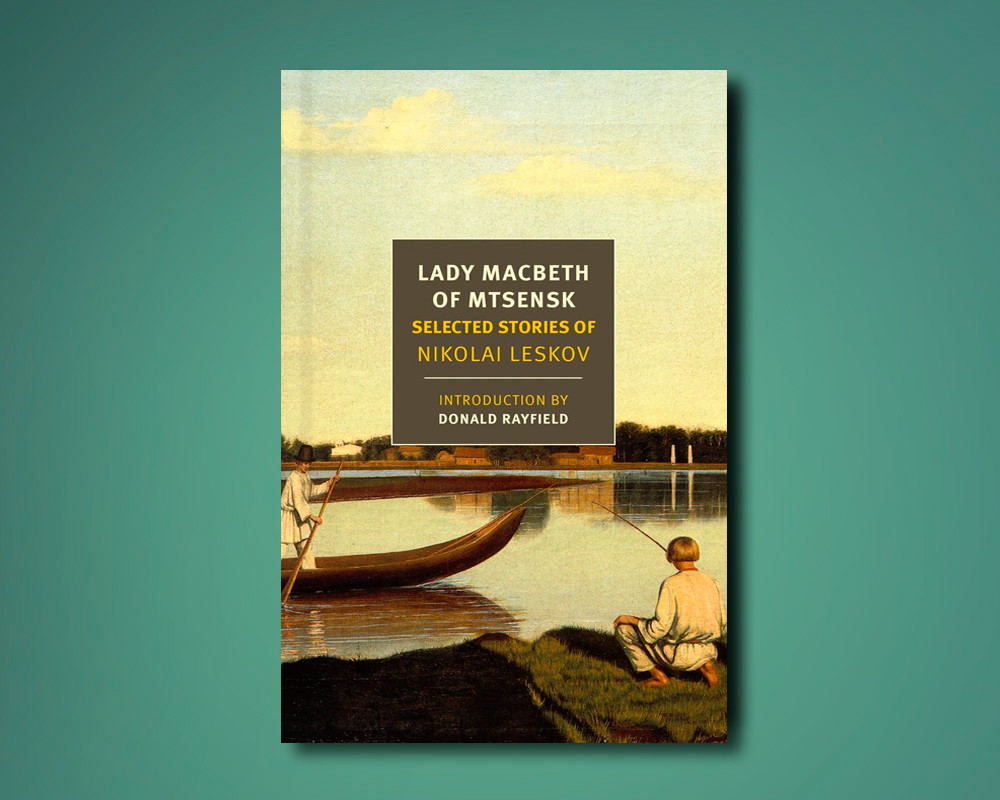 The reference to Shakespeare’s Macbeth is not random for Leskov, another 19th century author. He describes the passions that are pulsing in the provincial town of Mtsensk and they are no less than in all the Bard’s tragedies. Leskov’s book is actually a thriller!

Katerina is married to a rich merchant and lives in the lap of luxury. However, she is constantly bored and feels no love from her husband. So when he leaves for a business trip, she finds another man and secretly meets him. Their relationship is toxic, and she is jealous. But then her elderly father in law suspects her. To keep the affair secret she is even ready to commit murder… and than another murder… and then even more blood.

Among other selected stories is one called The Enchanted Wanderer. Travelers meet a monk that looks like a Russian bogatyr, or a big man in other words. They are curious about this man and ask him about his fate - and he tells of his turbulent life full of events and adventures. And how he finally entered a monastery to atone for his sins and overcome his inner demons. 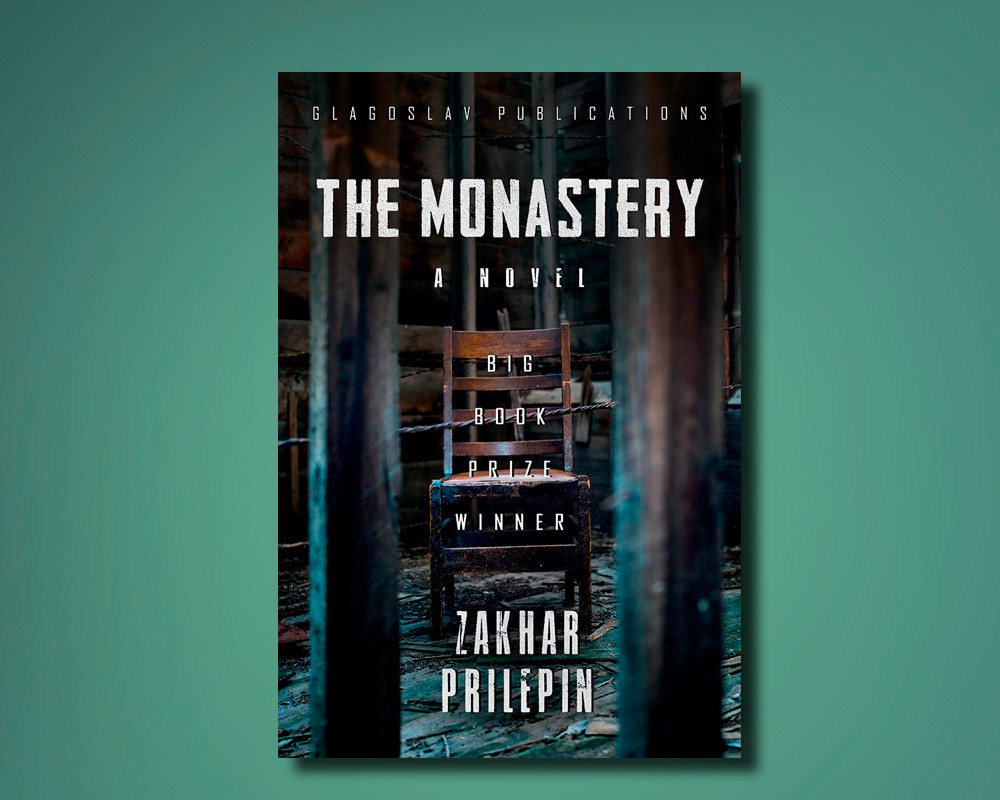 This bestselling contemporary Russian novel brings readers back to the Soviet Union of the 1920s. Its main character has been jailed in Solovetsky prison camp, one of the first Gulags. Artyom is not a hero, but an ordinary man with his weaknesses and his only goal in life now is to survive and arrange better conditions for himself within the reality of camp life.

For these reasons he even manages to start an affair with a female Gulag guard. With her help he finds a more comfortable place to survive the Gulag rather than a common barracks alongside brutal criminals.

Written in 2014, The Monastery brought its famous author several prestigious literary awards in Russia. Touching very sensitive issues such as the Gulag, Prilepin based his work on diaries and archives and depicts close-to-life personalities among the camp’s authorities. A modern book about dark Soviet times is absolutely no less worth reading than the novels of prominent Gulag survivors Alexander Solzhenitsyn or Varlam Shalamov. 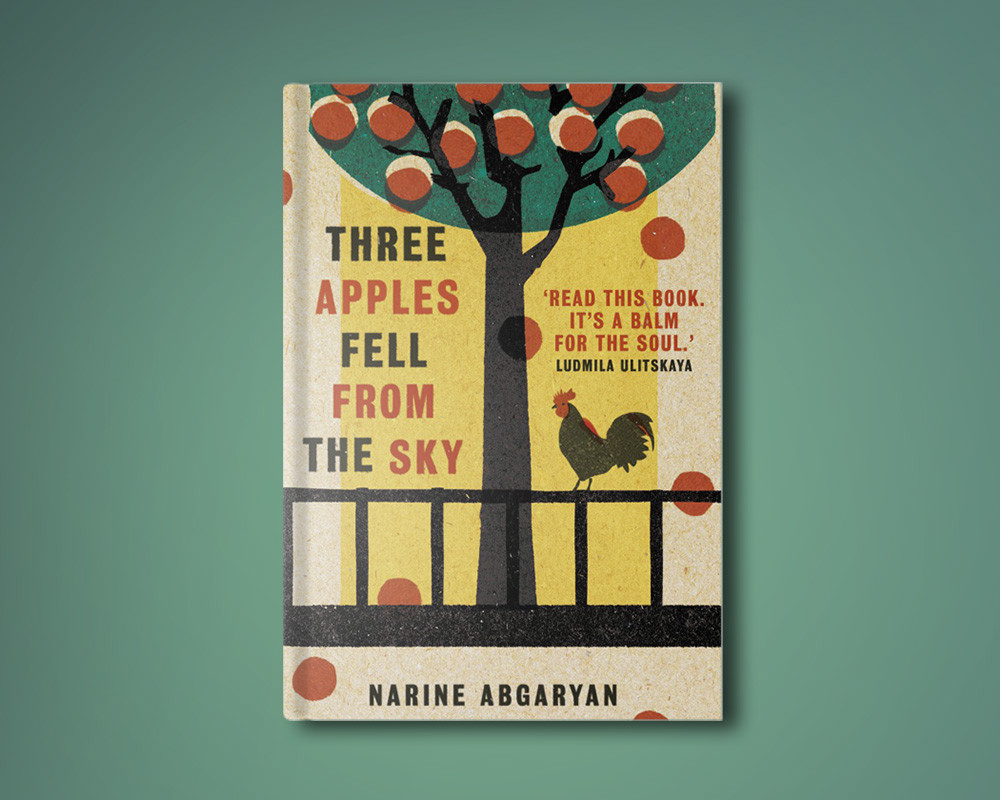 A contemporary Russian author born in Armenia, Narine Abgaryan has written a soulful book of sketches from her motherland. This is a palette of mountain village images, a kaleidoscope of stories full of love and bright national flavor. The book is full of magic realism; however this does not disturb the clear and exciting plots.

Three Apples Fell from the Sky takes its readers deep inside its unhurried pace right from the very first words portraying an Armenian woman who decides to lay down and wait for her death - without forgetting to water her garden plants and feed her chickens.

All the stories are written with an elegant sense of humor. You won’t laugh out loud, but what you will do is smile at the twists of fate and the sincere, bold characters. Finally the book will bring you to question what all great Russian novels raise - the meaning of life.