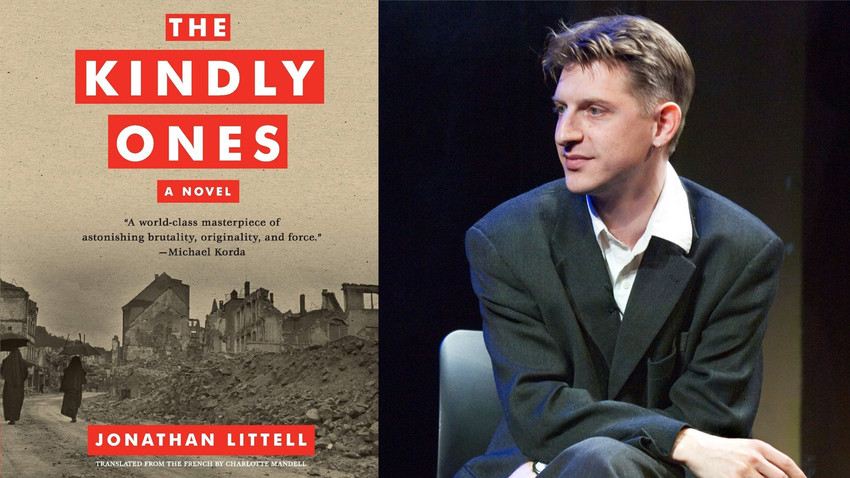 Getty Images; Harper Perennial
Franco-American writer Jonathan Littell has a gift for exploring the darkness of human nature. His Holocaust drama ‘The Kindly Ones’ took readers to the boundaries of humanity and humiliation, earning its author fame and awards. To challenge himself, Littell, whose grandparents emigrated to the United States from Russia at the end of the 19th century, decided to direct his debut Russian-language movie.

Details, however, are being kept secret. What’s known is that Littell finished writing the screenplay, with filming set to begin in 2021. It will be a co-production between Russia, France and Germany. One of the movie’s producers, Ilya Stewart, of the up-and-coming Moscow-based Hype Film company, said that the author of ‘The Kindly Ones’ is “rightfully considered a literary genius of our time”.

“What matters most, and what we really appreciate, is that Mr. Littell decided to make his feature movie debut in Russian. He shows so much interest in our culture,” Stewart said in a statement.

While Littell’s admirers are left guessing what story the screenplay will be based on, one thing is clear: writing is in his blood. His father, Robert Littell, is the author of spy thrillers, such as ‘Mother Russia’, ‘The Stalin Epigram’ and ‘Comrade Koba’ (Koba was Stalin’s nickname.)

READ MORE: Why did Joseph Stalin take the name ‘Stalin’? 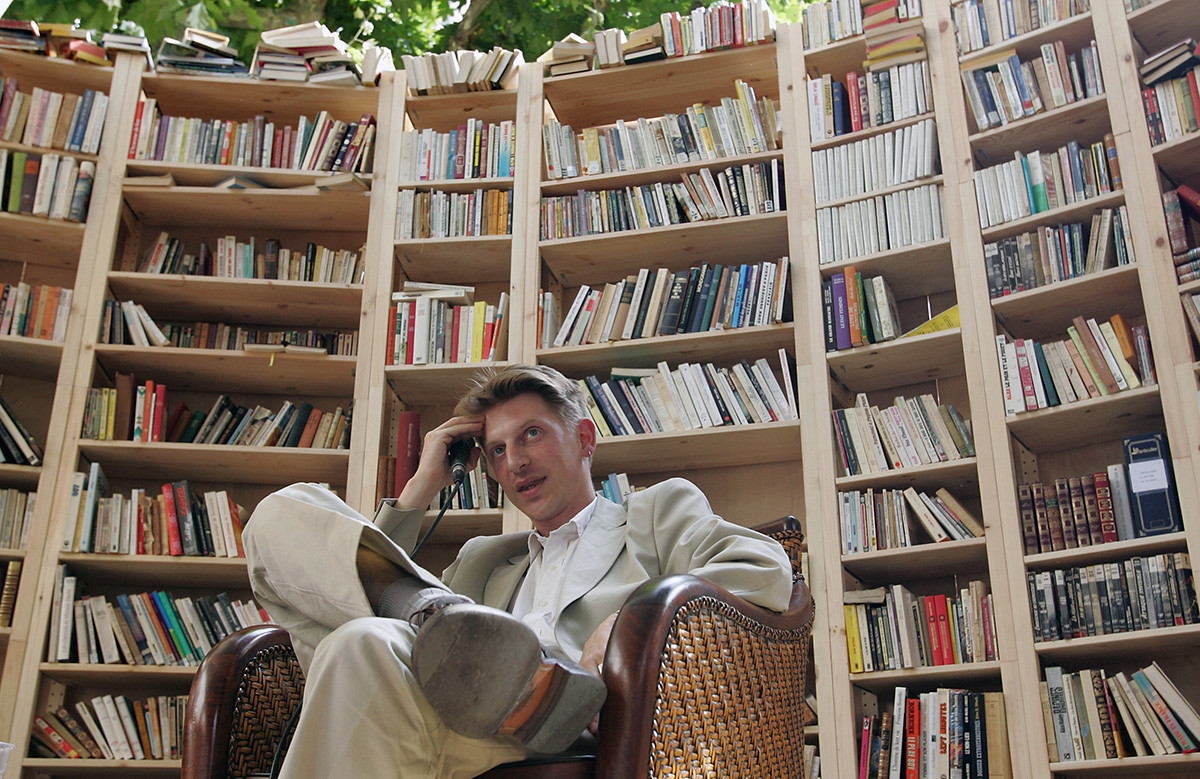 Born in 1967 in New York into a Jewish family, Littell Jr. spent his childhood in France. Jonathan made a U-turn when he returned to the United States and graduated from Yale University. He penned his first book, ‘Bad Voltage’, during his college years, but later said it was a failure. The person who totally influenced him was William S. Burroughs, who introduced the aspiring writer to the works of modernist writers Louis-Ferdinand Céline and Samuel Beckett.

Jonathan Littell became an overnight success with ‘The Kindly Ones’. The disturbing novel earned him the coveted Prix Goncourt, as well as the Grand Prix de l’Académie Française. The writer said that Claude Lanzmann’s tour de force ‘Shoah’ triggered him to write the book. Apart from that, a photograph of Zoya Kosmodemyanskaya, an 18-year-old member of the partisan movement, hanged by the Wehrmacht over acts of sabotage against the Nazis during WWII, gave him an impetus to tackle the subject. Working on his magnum opus, Littell read some two hundred books about fascism and the Third Reich.

“History will be kind to me for I intend to write it,” Winston Churchill once prophetically stated. Littell probably had similar motivation working on ‘The Kindly Ones’. Almost 1,000 pages long, the gargantuan book dropped like a bombshell on the intellectual literary world in 2006, driving a wedge between an army of supporters and scores of critics. 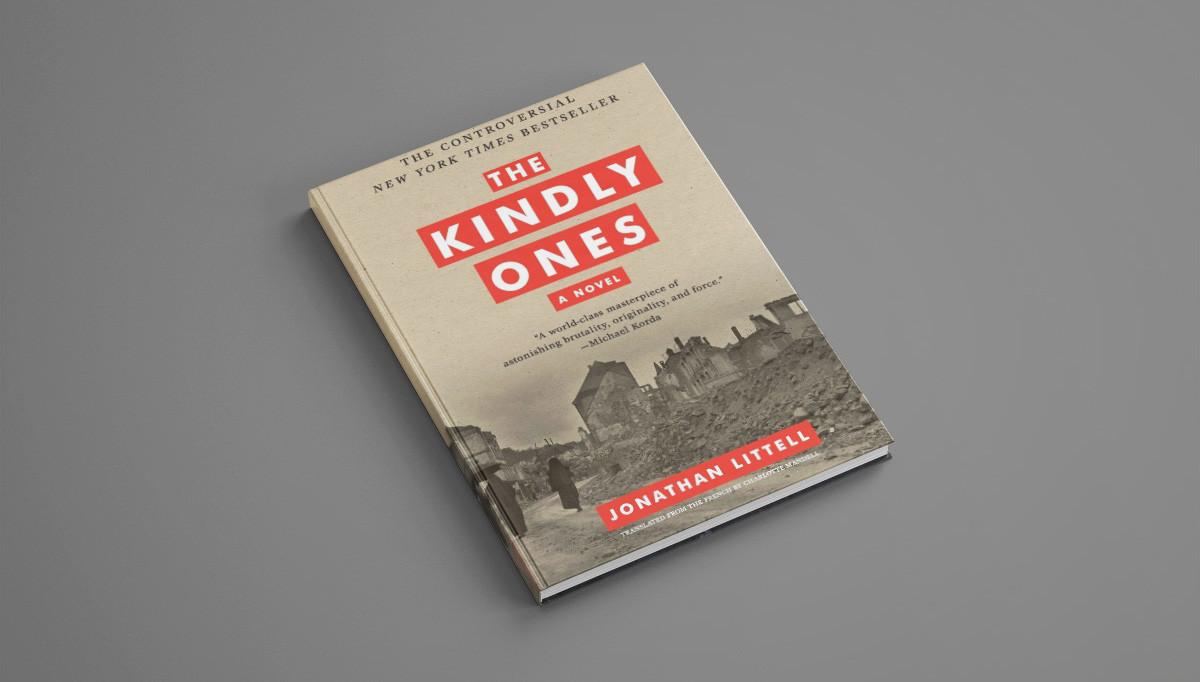 It’s common knowledge that to produce a powerful book one must first choose a powerful theme. The literary leviathan, written in French, details the horrors of Nazi atrocities during World War II, chronicling the heinousness committed by German officers in Poland and Ukraine. Littell gives no quarter to the reader, depicting the ferocious atrocities with the callousness and coldness of Jack the Ripper.

‘The Kindly Ones’ should really come with a health warning. It’s neither for the faint-hearted, nor for the weak-stomached. The disturbing fictional account is written from the point of view of a German SS officer named Maximilien Aue.

“Don’t bend; don’t water it down; don’t try to make it logical; don’t edit your own soul according to the fashion. Rather, follow your most intense obsessions mercilessly.” It seems like Littell took Franz Kafka’s trademark motto to heart when he wrote ‘The Kindly Ones’.

It chronicles the unsettling transformation of a seemingly ordinary young man into a Nazi killing-machine. Littell takes readers on a tour of the Nazi officer’s thoughts and deeds, allowing them to draw their own conclusions after getting a sneak peek at the horrendously sick psyche. But Littell uses Max Aue not to represent the face of evil, but to hold to account crowds of “passers-by” who think they are better than others.

Littell has long been trying to analyze human violence, mass murder and conflict zones. In 1993, he began to work for an international humanitarian organization, seeing misery and despair during the Bosnian war. The New-York-born writer spent seven years of his life in the thick of the action in Sudan, Congo, Sierra Leone and Afghanistan, just to name a few. Littell was in the North Caucasus republic of Chechnya during the two Chechen wars and was wounded during an intense ambush. In 2009, Littell came back to Chechnya to interview its leader Ramzan Kadyrov, but the interview never took place. That didn’t stop Littell from painting his portrait of Russia’s Chechen Republic. 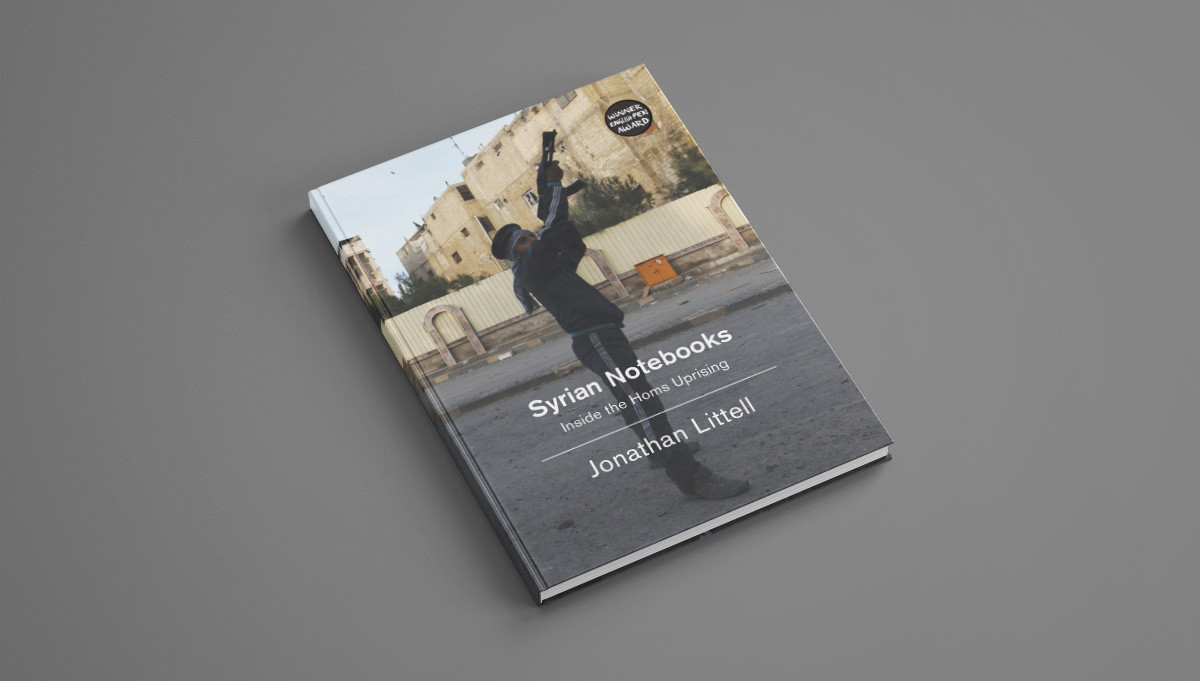 In 2012, the daredevil novelist sneaked into the Syrian city of Homs, once home to 600,000 people. The ancient city was plagued by years of fighting between the government and terrorist groups. Littell kept a journal in which he documented his daily life and published his ‘Syrian Notebooks’ for others to see the grim consequences of heavy fighting and devastation.

Littell continued to study human violence and despair in ‘Wrong Elements’, his debut documentary. Set in Uganda in 1989, it put the spotlight on a group of teenagers, kidnapped at around 12 and forced to join the ranks of the LRA guerilla army, with all the hurtful consequences that one can hardly imagine.

Jean Renoir, the man behind ‘Grand Illusion’, which Nazi Propaganda Minister Joseph Goebbels deemed as a “cinematic public enemy No.1”, said that any director actually makes only one movie in his lifetime. “Then he breaks it up and makes it again.”

The same goes true for Jonathan Littell, who goes to great lengths to create heart-wrenching microcosms of people and society. It doesn’t really matter when and where his books are set. Using Renoir’s metaphor, Littell is writing “one and the same” book about the world’s “wrong elements” – victims and witnesses, murders and good Samaritans. The problem is, we are literally in the same boat. Littell is using his storyline to ask that million-dollar question: What would YOU do if the shoe was on the other foot?