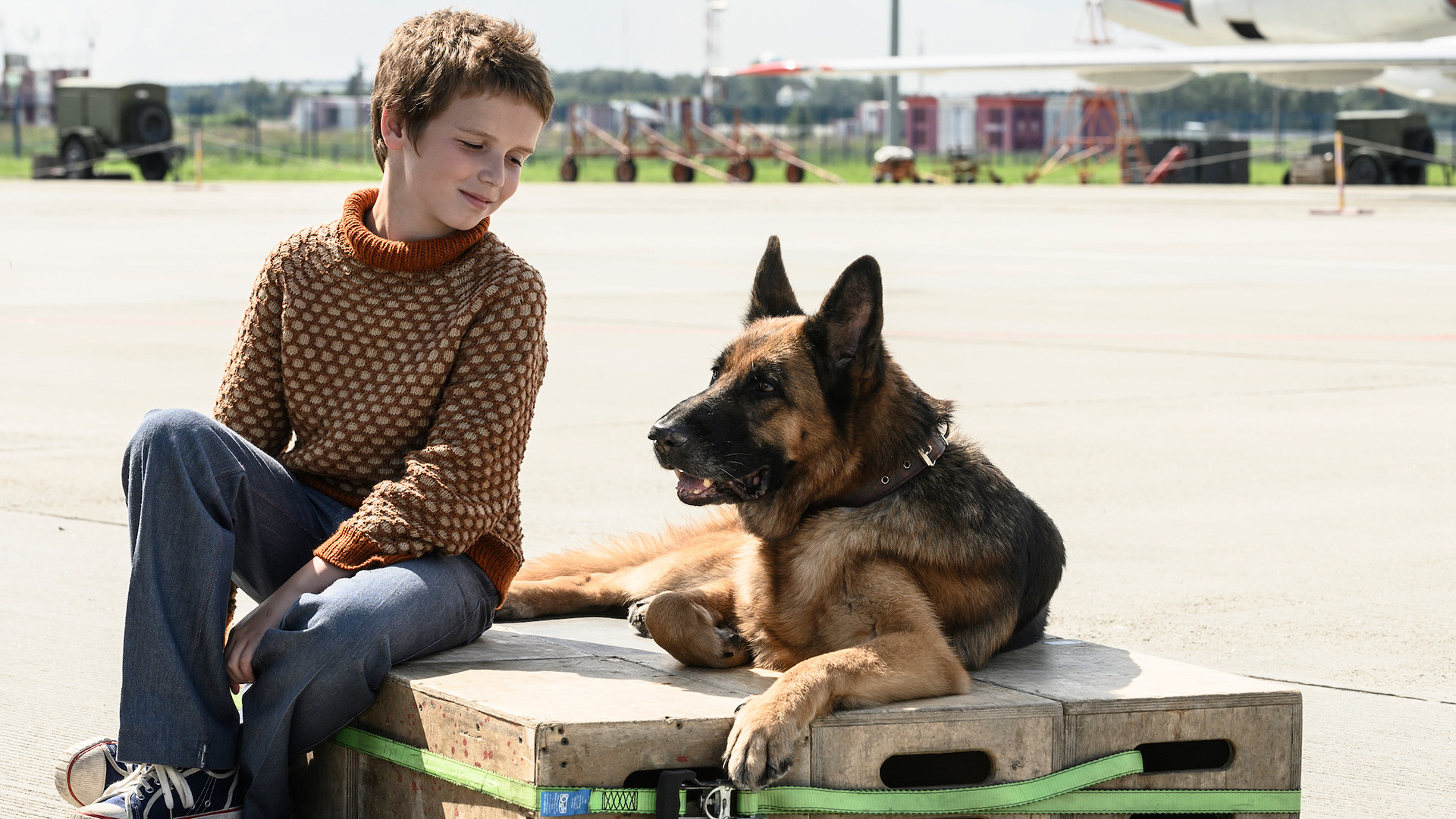 Aleksandr Domogarov, Jr./Mars Media Entertainment, 2020
2021 will give us the Russian answer to HBO’s ‘Chernobyl’. We’ll also learn the tragic fate of the most fabled young Soviet female hero of World War II, as well as a heart-warming story of 'Soviet Hachiko'.

In 1941, when the battle for Moscow was at its peak, Nazi forces took up positions in villages surrounding the capital and the Soviets sent saboteur-scout groups to burn down the buildings in the settlements that the enemy was planning to use to wait out the winter. One of the members of such a group was 18-year-old Zoya Kosmodemyanskaya - yesterday’s school girl and now, a volunteer.

Kosmodemyanskaya managed to set fire to three buildings in the village of Petrischevo before she was caught. The young woman showed incredible bravery in the face of torture and beatings, but never broke. Even as she was led to the noose by the Nazis, she continued to shout to the gathered locals to rebel against the occupiers.

Zoya became one of the most fabled heroines of WWII in Soviet days. Dozens of songs and movies were dedicated to her memory, as well as poems and novels. After the fall of the USSR, her image periodically came under attack from those who believed she suffered from schizophrenia and that her house burnings ended up costing the lives of some of the village’s inhabitants, who ended up freezing without a roof over their heads.

In order to prevent a rewriting of history, the Russian Military-Historical Society (RMHS) decided to initiate a new cinematic project that would tell the story of the famous saboteur. “The RMHS and its staff, as well as many in our country are aware of Zoya Kosmodemyanskaya’s heroic sacrifice. To our sadness, we’ve noticed that, lately, this isn’t true for many others, who don’t know, or don’t remember - there were even attacks and accusations for just about anything. Once, she - a young woman came to the Motherland’s defense, as well as the defense of the world and the present. We believe that we must defend her against these attacks and historical falsifications and prevent her image from being tainted,” RMHS information politics department head Nadezhda Usmanova said.

After the resounding success of the HBO miniseries ‘Chernobyl’, Russian filmmakers began working on their own show dealing with the tragic events. The role of director and main character went to Danila Kozlovsky, which many will know as Prince Oleg from the hit show ‘Vikings’.

The story revolves around Aleksey, a firefighter who signs up to the volunteer brigade that is sent to the epicenter of the terrible catastrophe to deal with the aftermath of the reactor’s explosion. Together with him are his friends, Valery, an engineer, and Boris, who is a diver.

“Our story is not a blow by blow recount of the cleanup and liquidation of the catastrophe, it’s not an attempt to analyze the factors that resulted in what happened there in 1986 - it’s a tale of a family, a hero and a child, their relationships, how their lives changes and how they dealt with these changes,” Kozlovsky told in an interview to Forbes. “It’s about how this catastrophe interferes with their routine and changes them, how they must face it, how they deal with the circumstances and how they buck under their pressure, how they conduct themselves when faced with one of the most terrifying technogenic catastrophes. To us this was of greater importance than any political and other related aspects of the story.”

The movie (set for release in Russia in April this year) was filmed in Moscow, Hungary and Croatia. The main events were filmed at the Kursk Nuclear Power Plant, which is identical to the one in Chernobyl.

It’s 1977. Igor Polsky leaves on a trip, but cannot take his dog with him, because it doesn’t have the necessary medical papers. Abandoned, Palma finds sanctuary at the airport and meets every arriving plane in hopes that her owner will exit the arrivals gate.

An incredible true story became the basis for the plot. It took place in the 1970s and caused a massive stir in the USSR. Thousands of people wrote letters and telegrams, asking to adopt Palma, who now lived at Moscow’s Vnukovo airport. Finally, the German shepherd - who hadn’t trusted anyone for a long time, agreed to be taken in by her new family in Kiev, that of a pedagogical school associate professor, Vera Kotlyarskaya.

Owing to the fact that Palma’s story is incredibly similar to that of the famous dog Hachikō, a decision was made to release a special longer cut of the movie for the Japanese market, which includes additional scenes filmed in the Akita prefecture on Honshu Island, starring Russian and Japanese actors. The movie will be called ‘The Story of Akita and Palma’ and scheduled for release in March.

In the winter of 1941, Nikolay Komlev’s plane is shot down somewhere over the inhospitable wilderness. The pilot survives, but the hardest ordeal still awaits him. He must navigate the freezing forest, surviving cold and hunger as he is hunted by a pack of wolves and German soldiers.

The events in ‘The Pilot’ are very similar to the real-life story of pilot Aleksey Marasyev. Shot down in April, 1942, he traversed the woods for 18 days, using the sun to find his bearings before he could finally reach civilization and be saved by people. Despite eventually having to have both legs amputated, Marasyev managed to talk his way into returning to flying and continued to fight the Nazis in the air until almost the end of the war.

“The movie undoubtedly resonates with the real-life exploits of Aleksey Maresyev, but the character is actually a collective image, as there were actually eight people in the Soviet Army who suffered a similar fate,” director Renat Davletyarov claims.

According to him, one of the primary tasks of ‘The Pilot’ was the study of a person’s experience in extraordinarily difficult situations. “The Great Patriotic War is sacred to our people. This sacred and respectful attitude to it will not pass for a long time, this is just how terrible it was. I don’t believe at all that this will change. But in the realm of fiction, the opportunity to study the plight of man is of the utmost importance,” Devletyarov adds.

‘The Pilot’ is scheduled for release in Russia in late 2021. 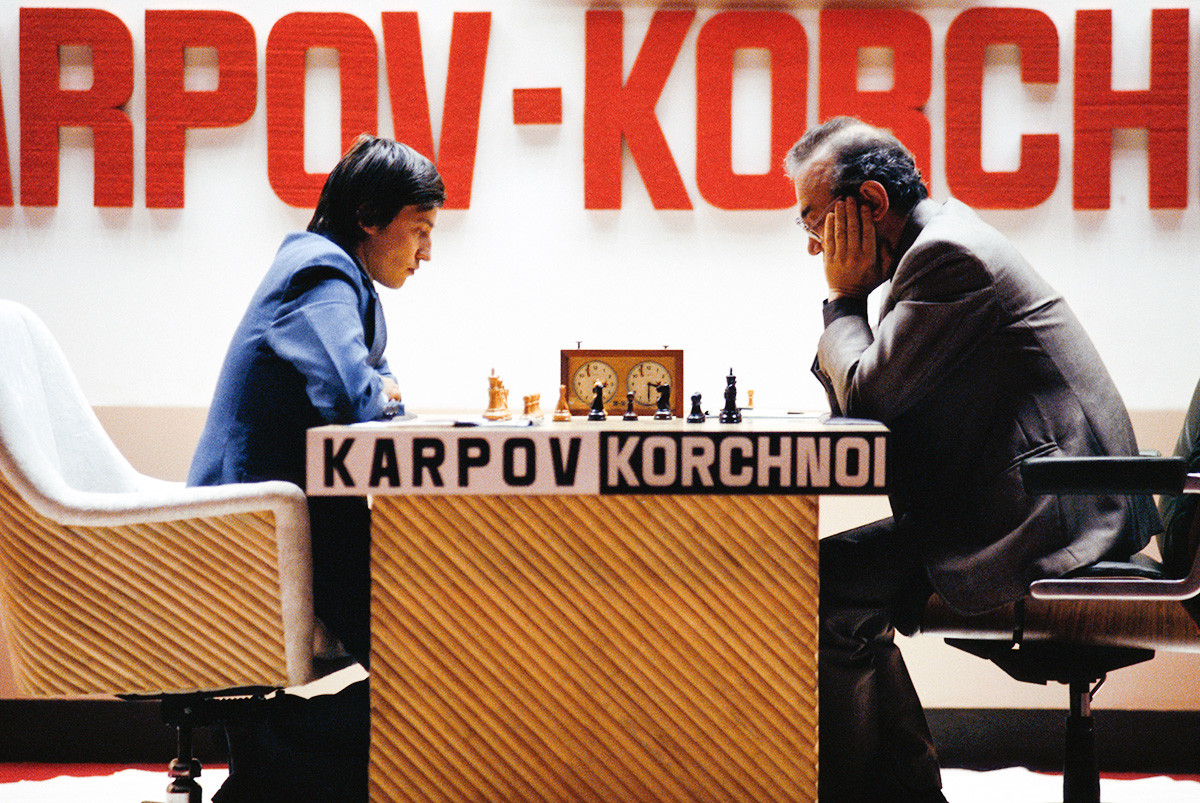 Anatoly Karpov and Viktor Korchnoy compete in the 1978 World Chess Championships in the Philippines.

1978 saw one of the greatest chess games of all time take place in the Philippines - the battle between defending champion grandmaster Anatoly Karpov and his challenger, Viktor Korchnoy. What made the match sensational was the fact that two years prior, Korchnoy had fled the USSR, asking for political asylum in The Netherlands. For many, the match became a symbol of the struggle between the socialist East and the capitalist West.

The game itself was full of scandal. The challenger refused to shake hands with the grandmaster, as well as opting to sit in sunglasses for the duration of the match, while also refusing to stand for ‘The International’, which the Philippinos had mistakenly played instead of the Soviet national anthem. He also demanded that a psychologist by the name of Zukhar be found another seat, instead of in the front row - alleging that he was constantly staring in his direction.

Due to the coronavirus crisis, filming for ‘World Champion’ has faced a number of delays and rescheduling. The premiere has been planned for late 2021. “We will open a new page in the history of chess movies,” director Aleksey Sidorov believes.