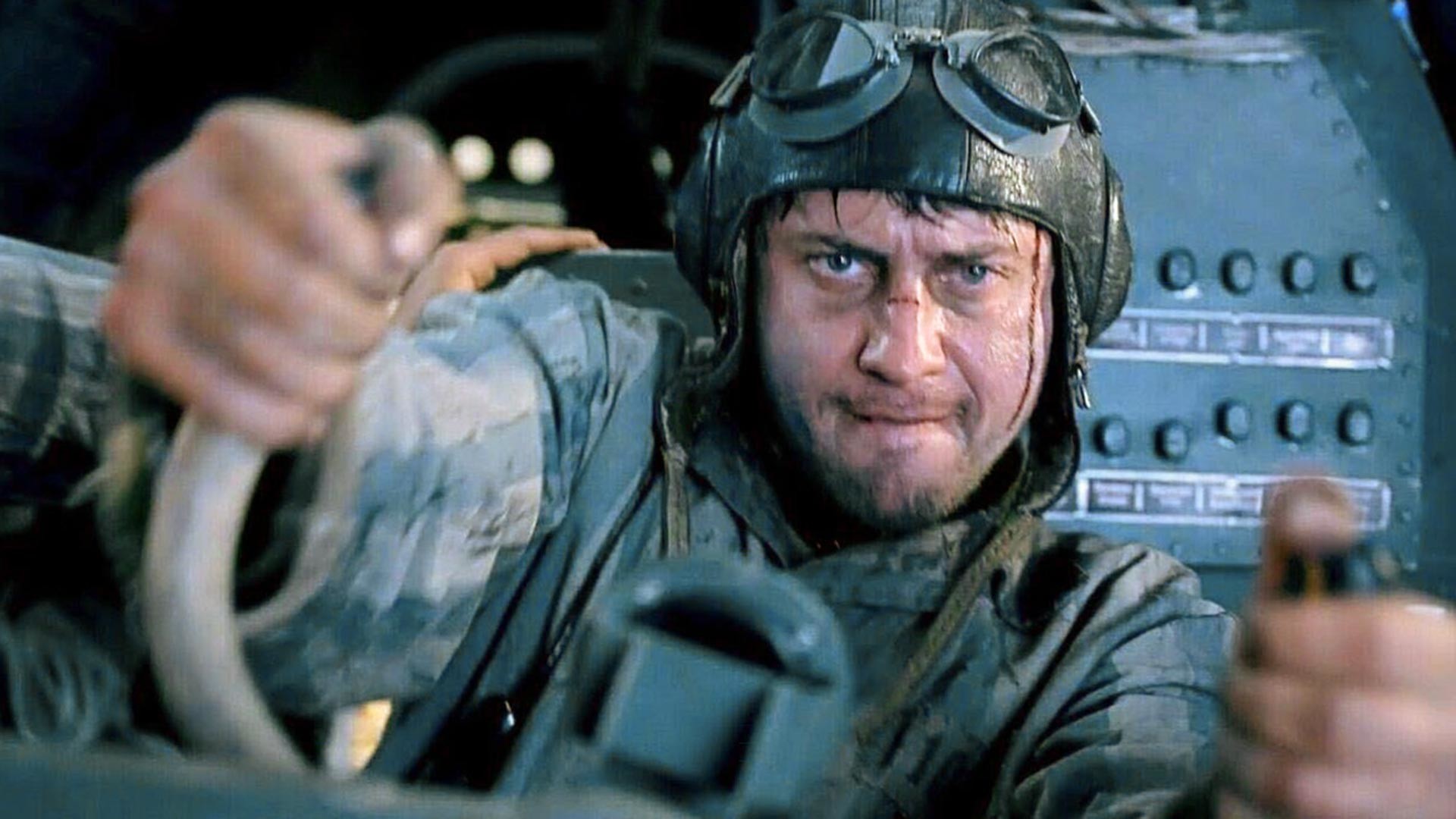 Timur Bekmambetov, Sergey Trofimov/Bazelevs, Columbia Pictures, 2021
Till Lindemann, lead vocalist of the band Rammstein sang a song in Russian specially for this movie. And it was his idea!

1. Based on unbelievable real events 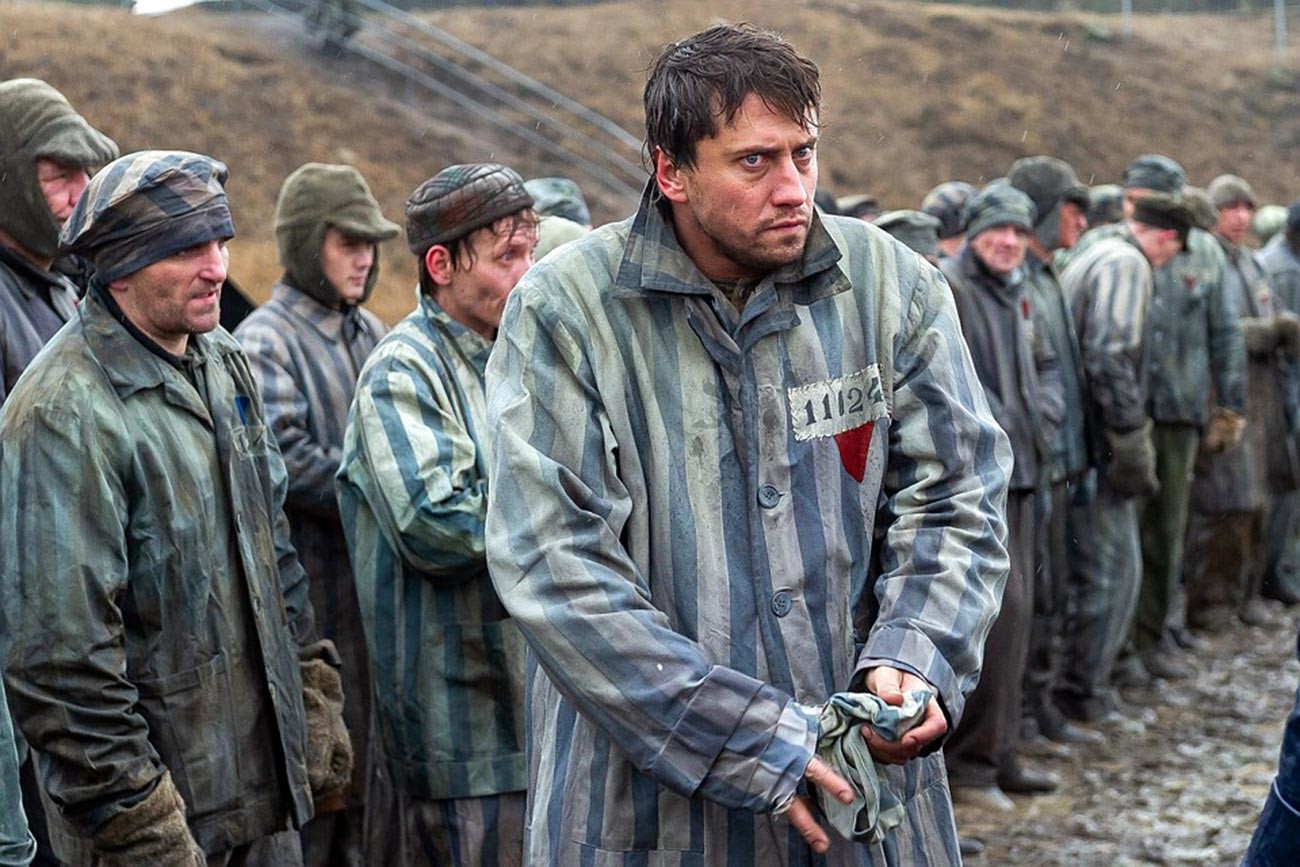 V-2. Escape from Hell is based on the true story of senior Lieutenant of a guards fighter aviation regiment Mikhail Devyatayev, who, in 1944, was taken as a POW. Sent to a concentration camp on the Island of Usedom (in the Baltic Sea), he was selected for the hard labor at the nearby secret German Peenemünde test site, where new jets and V-1 and V-2 missiles were being developed. Being so close to German aircraft, Devyataev wasn’t going to miss his chance to flee…

One of the main consultants of the movie was Alexander Devyatayev, son of the famous pilot, who helped to make it more historically accurate. Some fictional details were still added for more theatrical action. 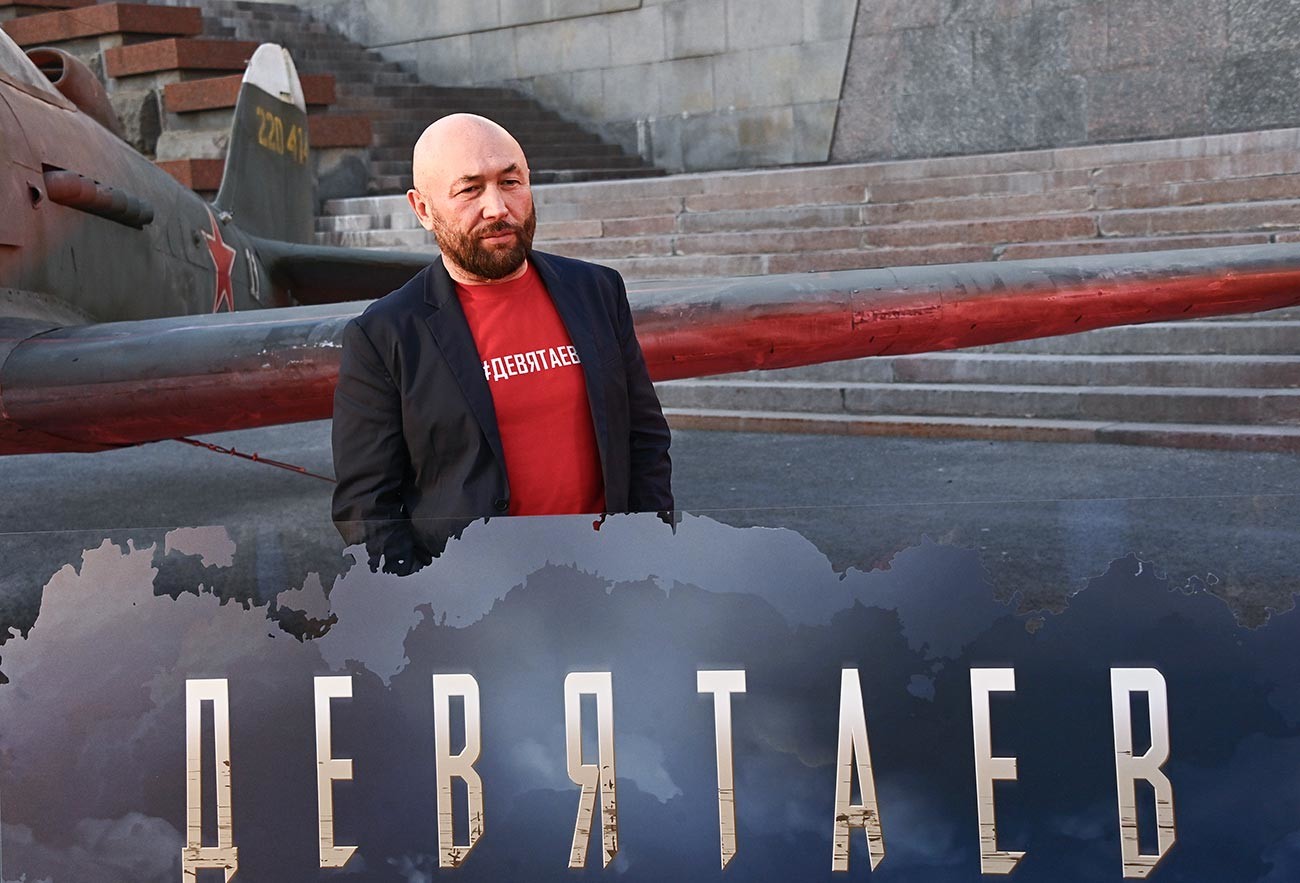 One of the leading Russian directors, Timur Bekmambetov is perfectly known abroad. In Hollywood, he’s been behind such movies as Unfriended (2014), Abraham Lincoln: Vampire Hunter (2012) and a remake of the legendary Ben-Hur (2016). His most successful project to date is, however, 2008’s Wanted, starring James McAvoy and Angelina Jolie.

The movie’s producer Igor Ugolnikov is known for producing historically accurate movies revolving around World War II. On his list are Fortress of War (2010) about the heroic defense of the Brest fortress, which was the first to fight the invading Germans, and recently releasedThe Last Frontier (2020) about the most critical moment in defense Moscow in autumn 1941.

3. OST by Till Lindemann

The lead vocalist of the band Rammstein performed an old Soviet song titled ‘Lubimiy Gorod’ (“Beloved Town”) for the V-2. Escape from Hell movie. Moreover, he sang it in Russian!

“Till offered me to sing this song himself,” Bekmambetov said, “I suppose, that’s because he was raised in Rostock in the German Democratic Republic (GDR). His father spent much time travelling and working as an author in the Soviet Union. Till himself was a pioneer (Soviet boy scout). This song was sung to him by his mom when he was a kid… He found out that I was making a movie about Devyatayev and ‘Lubimiy gorod’ would be its main theme. In GDR, Devyataev was seen as a hero and there is a monument on the Island of Usedom. He had been honored there during the Soviet times and after Germany’s unification. So we made a video clip!” 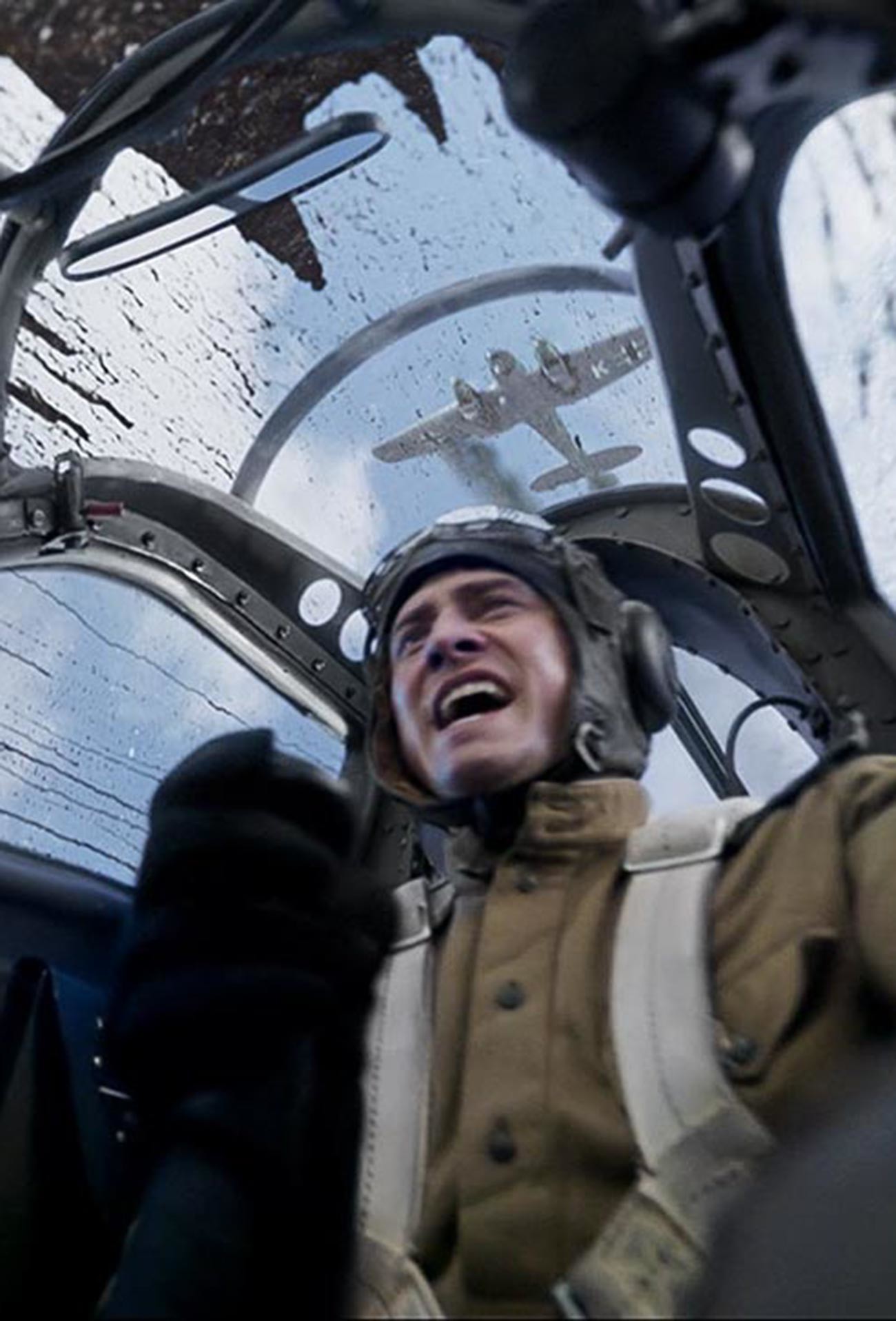 Video game technology instead of traditional CGI was used for filming V-2. Escape from Hell. Such technology had already been tested in Marvel movies and the Mandalorian TV shows, but for Russia, this is a new experience.

The War Thunder multiplayer video game helped to make plane flights in the movie more realistic and virtual pilots were involved in staging the dog fights and were actively fighting leading actor Pavel Priluchny, who plays the role of Devyataev.

“We love the visualisation of the air battles, made by our colleague cinematographers, which were based on the flight tracks recorded by the virtual pilots. The geometry of the flight paths, speed and combat situations look much more realistic than in other modern war movies. It’s cool that War Thunder [technology] can be used not only as a game, but also as a tool, which helps to make movies better,” Vyacheslav Bulannikov, War Thunder producer, says. 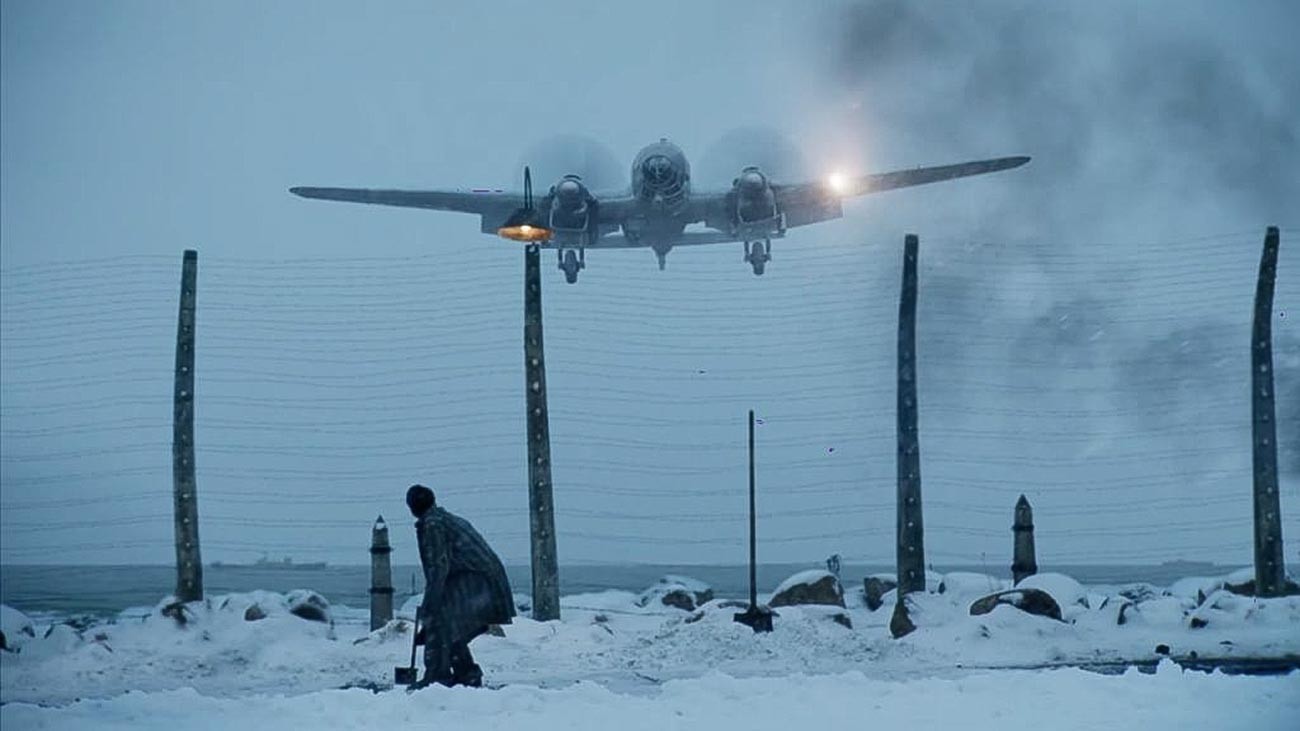 V-2 Escape from Hell was released both in traditional horizontal format, as well as in innovative vertical form for mobile platforms, becoming the world’s first movie to be shot in this format!

“People are consuming [content] on their mobile phones and it's weird that the filmmakers don't care about this audience,” Bekmambetov said. “Of course, it’s not what we studied in our film schools. It’s not how we made our movies. But it’s today’s world and we need to adapt ourselves and, I don’t know — find something new!”