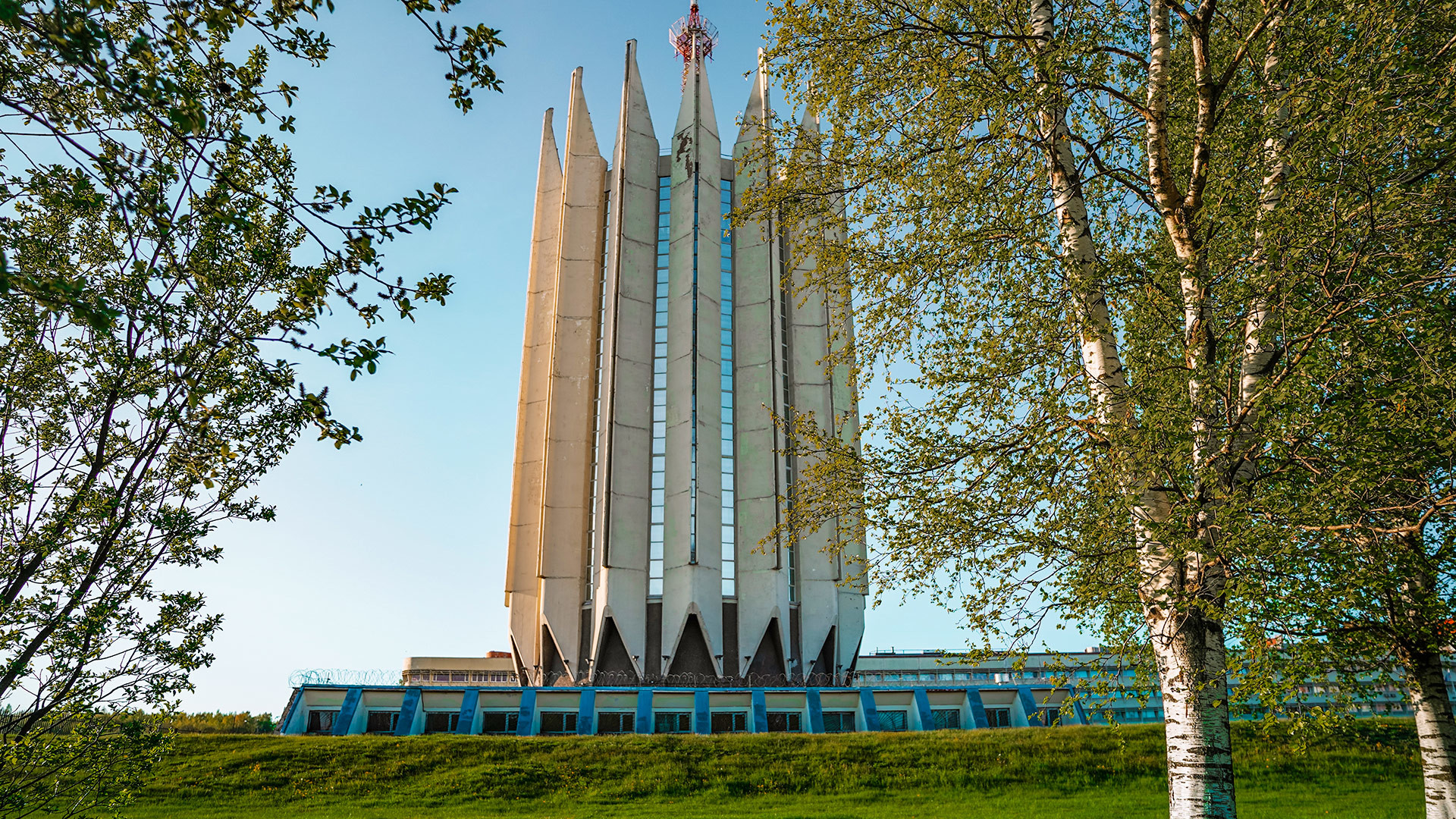 The State Scientific Center for Robotics in St. Petersburg.

Kseniia Ivanova/Getty Images
These massive buildings made of reinforced concrete date back to the 1950s-1970s and continue to impress with their might and brutal appearance.

Brutalism emerged as a style of modernist architecture in Great Britain after World War II. It soon spread throughout the world and was particularly embraced in the Soviet Union. European countries have since gotten rid of many of their brutalist buildings, but in Russia they have largely survived. Here is a selection of some of the most impressive specimens of this architectural style remaining in Russia. 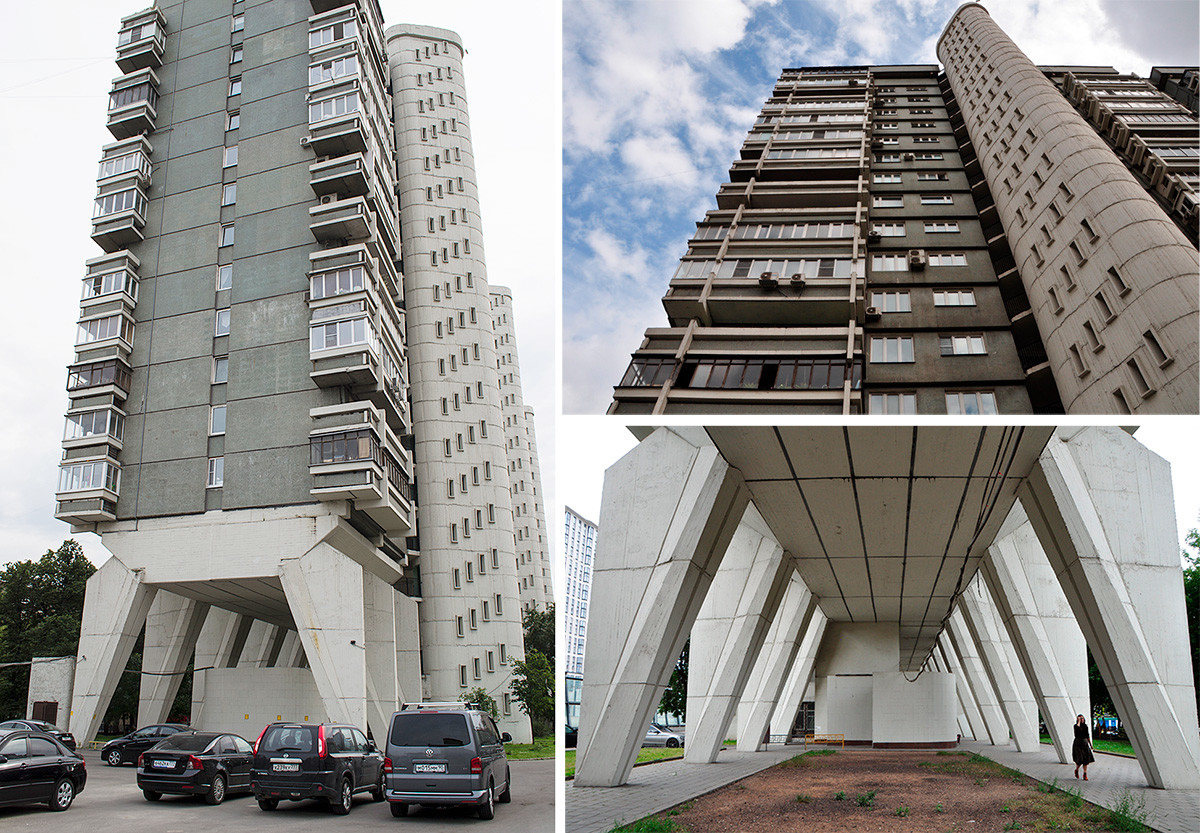 This apartment block for workers of an aviation plant is nicknamed the “centipede” for its unusual shape. Built in 1978 by architect Andrey Meerson, it was initially planned as a hotel for athletes taking part in the 1980 Olympics but eventually became an apartment block. The building stands on 40 pillars that are intended to create a “draft” to blow away exhaust emissions from the nearby motorway. These pillars are so tall that the building’s first floor is in fact located at the level of the fourth floor. The pillars are examples of monolithic construction, whereas the rest of the building is assembled from standard panels that overlap, creating the effect of scales.

“The whole apartment is designed in the right proportions. The kitchen is square with a special niche for the refrigerator, the bathroom is very spacious,” says local resident Anna. 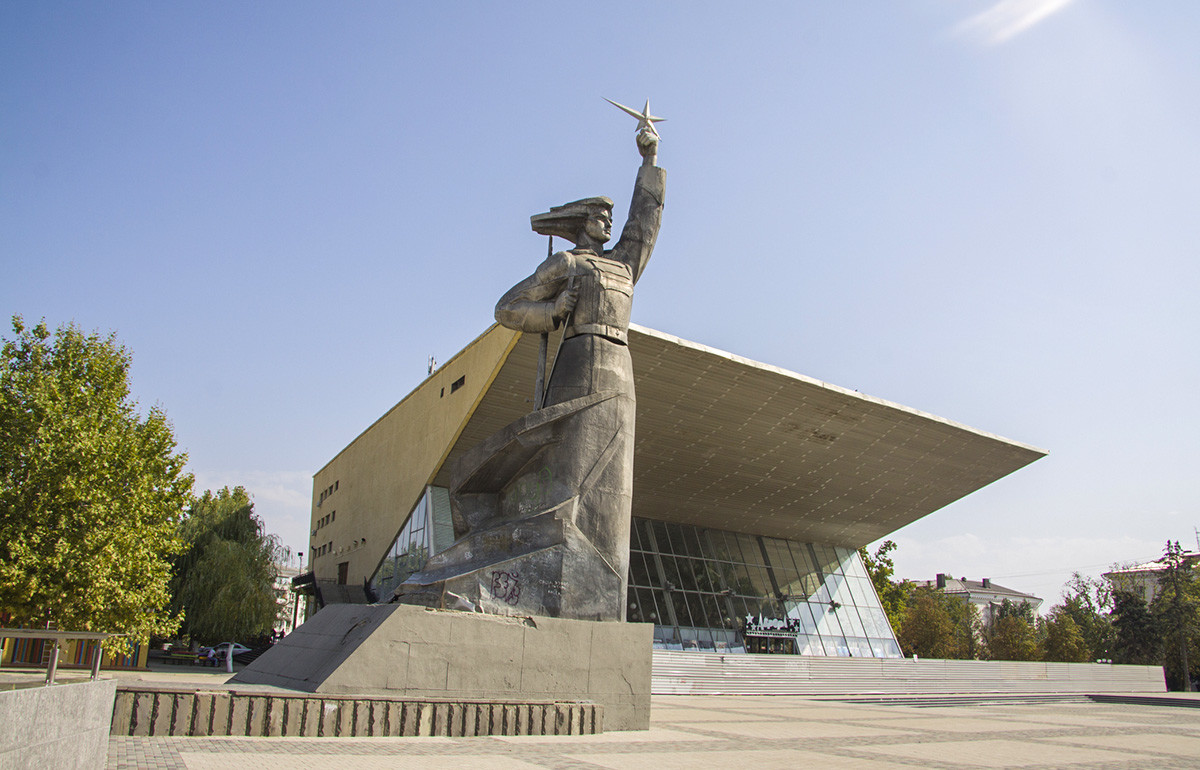 One of Krasnodar's landmarks, the Avrora cinema theater was built in 1967 and already listed as an architectural monument by 1981. From the outside, it looks like a huge ship with a facade made of display glass. The square in front of the building is dominated by a sculpture of Aurora and a fountain. The building is currently under reconstruction, and the architects intend to restore its historical appearance and add new cinema screens underground. 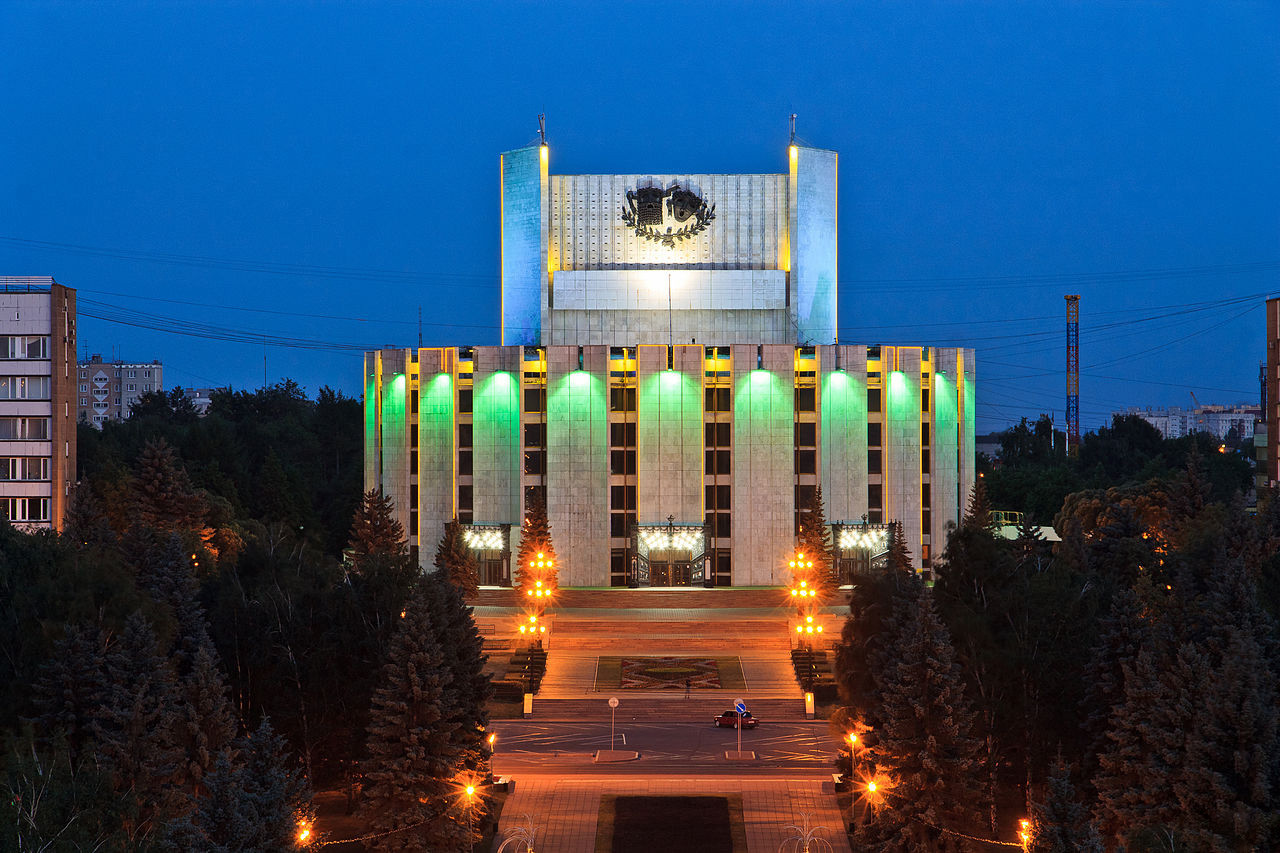 This building, which was erected in the mid-1970s, reminds visitors and residents of the industrial history of this city in the Urals. The brutal marble building is decorated with exquisite cast-iron molding that was created in the local town of Kasli, while the interiors feature rare stones (red jasper, amazonite) and wood. The lobby of the theater is decorated with marble sculptures from local artists. 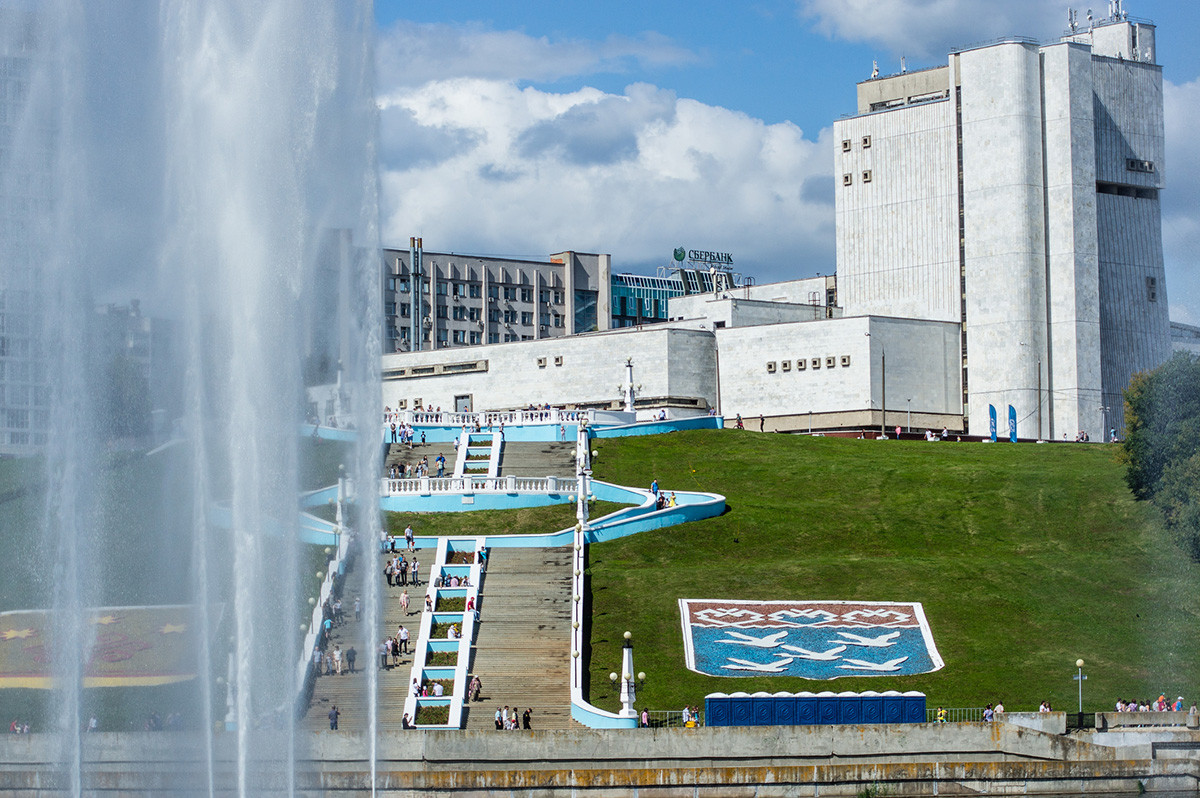 People online sometimes compare this theater building in Cheboksary, the capital of Chuvashia, to a rebel base in the icy wilderness of an unknown planet. This "space" building was erected in 1985 and became a local landmark, although you wouldn't necessarily guess straight away that it is a theater. However, on the inside it looks like a veritable palace with a gorgeous main staircase and a chandelier the size of a two-story house.

Looking at this building, you can't help but wonder: "Where are the windows?" And it may indeed seem that this library building in Rostov-on-Don consists of nothing but walls and perhaps more resembles a war memorial. Nevertheless, the Don Library is a major regional cultural center that boasts a collection of over five million books. Inside, its walls are covered in marble, and the reading halls include conservatories and waterfalls.

The State Scientific Center for Robotics in St. Petersburg

This huge 77-meter-tall tower is a testing laboratory for space technologies built in the 1970s. Its shape resembles either a satellite or a spaceship. The tower consists of a metal frame made of customized ceramsite concrete panels. It is hollow inside. 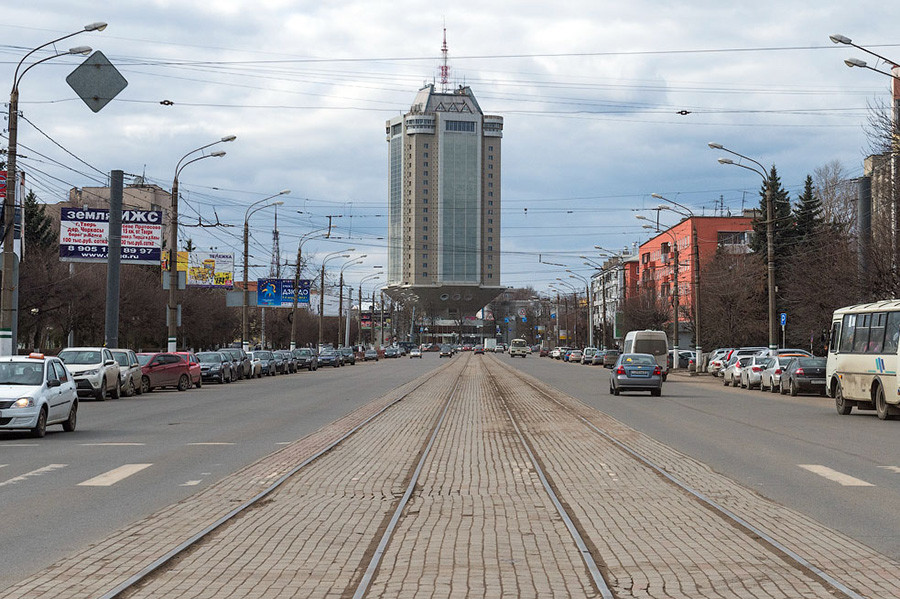 Local residents call this building “ryumka,” which means "shot glass" in Russian. Some residents even joke that during its construction workers must have turned the blueprints upside down. Originally, the building was supposed to house a hotel built for the 1980 Olympics, but its construction was not completed in time. It stood practically unused in subsequent years, although at one point a local TV company was based here. In 2013, after a lengthy reconstruction, the building was converted into a business center.