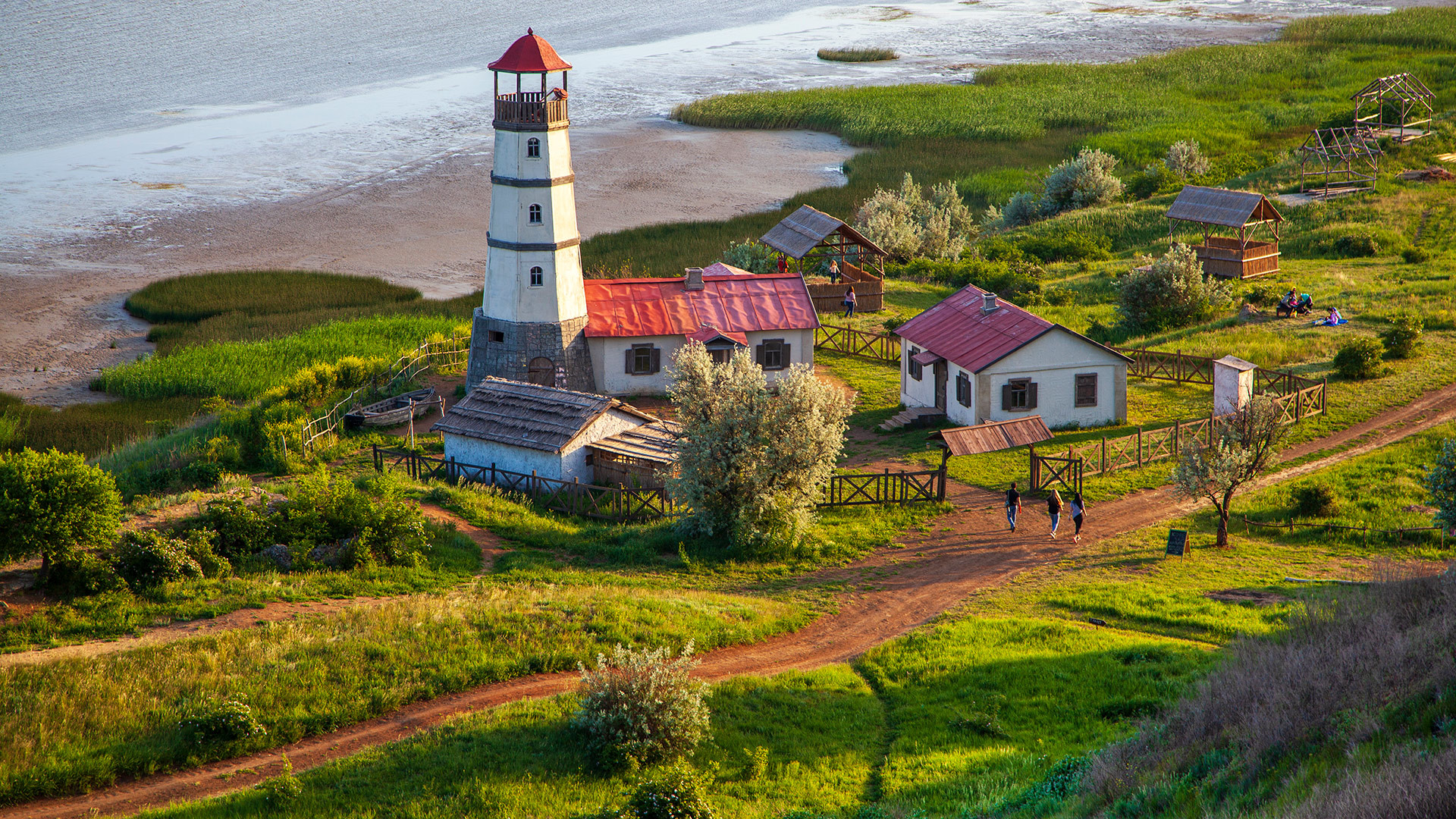 Lighthouse in the Rostov Region.

Evgenii Mitroshin/Getty Images
These medieval-like castles, high towers and paved streets were once built solely for filming, but now amuse tourists and Instagrammers. 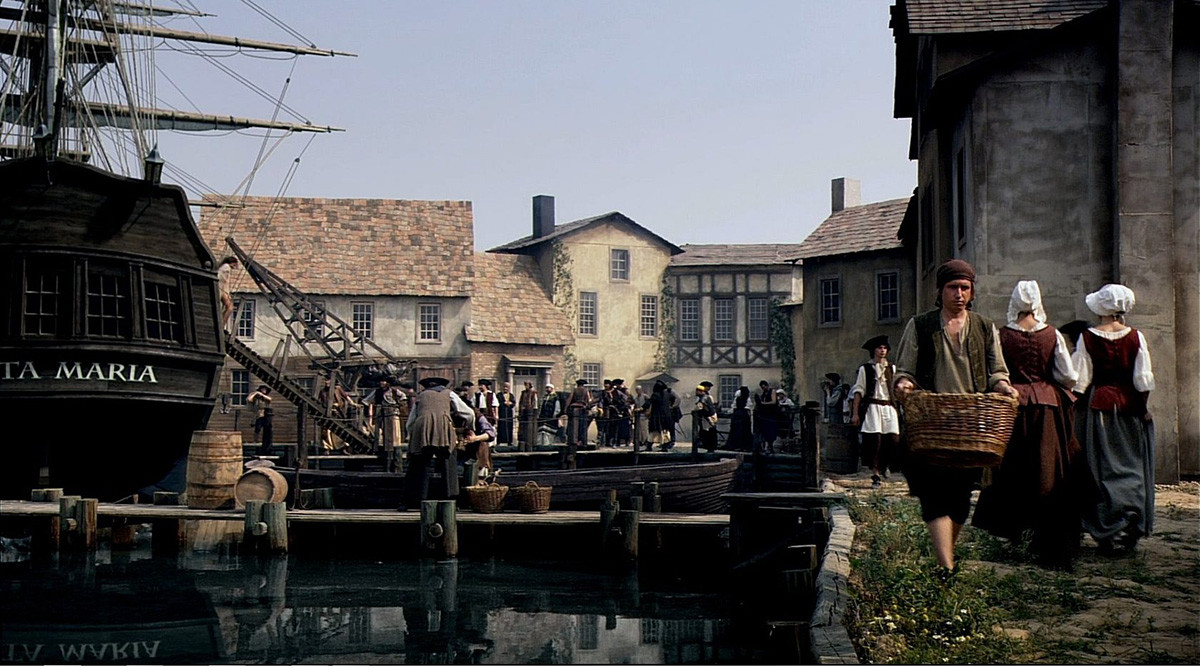 Visiting the movie park Piligrim Porto in the north of Moscow Region, you find yourself in a medieval European town. This location depicting 18th-century England was built for ‘The Secret Service Agent’s Memories’ (2011) historical TV show. In addition to the old houses and streets, there is a square for public punishments, a prison and a huge pirate ship! Although everything is made of drywall, everything looks very realistic. 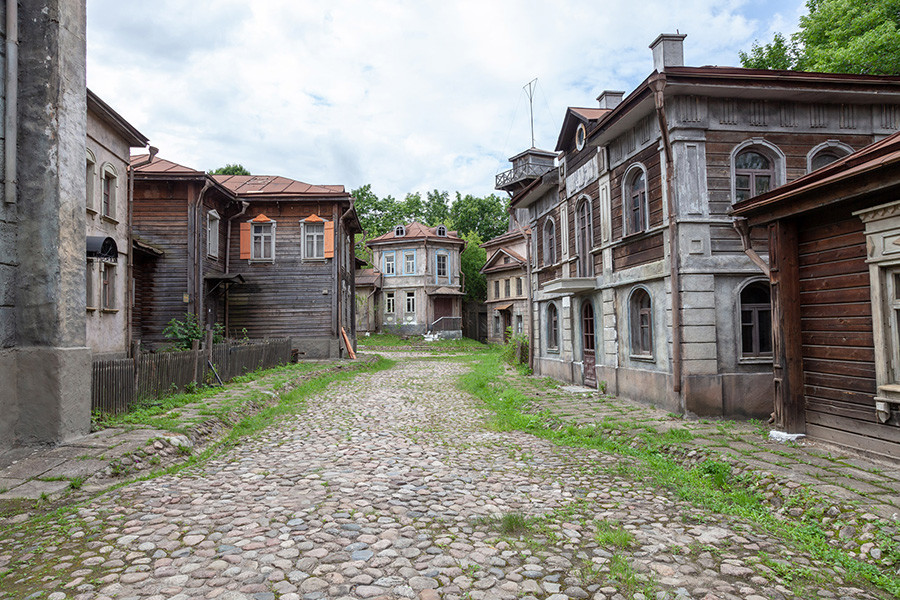 Movie sets of the Mosfilm film studio are located in the south-west of Moscow, not far from the city center. Here you can find houses of old Moscow and St. Petersburg used in the movies ‘Anna Karenina’ (2017), ‘Doctor Zhivago’ (2005), ‘White Tiger’ (2012) and many others (). However, it’s only possible to get there with a tour booked on Mosfilm’s website. 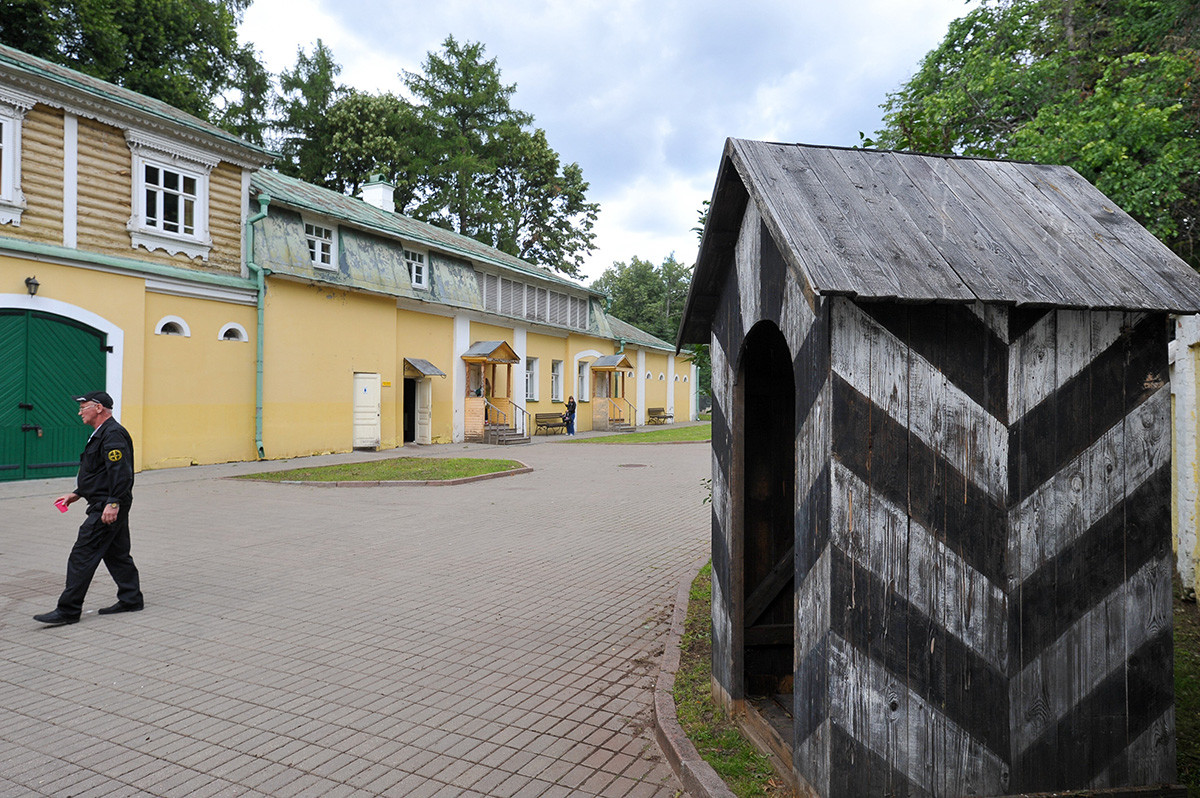 This ancient noble estate literally called ‘Lenin Hills’ was the last shelter for the Bolshevik leader Vladimir Lenin. On the territory of the park, there are sets where the movies ‘The legend of Kolovrat’ (2017) and ‘Hunting the Devil’ (2017) were filmed. The movie sets take you to Russian towns of different ages, from the 12th to 20th centuries. 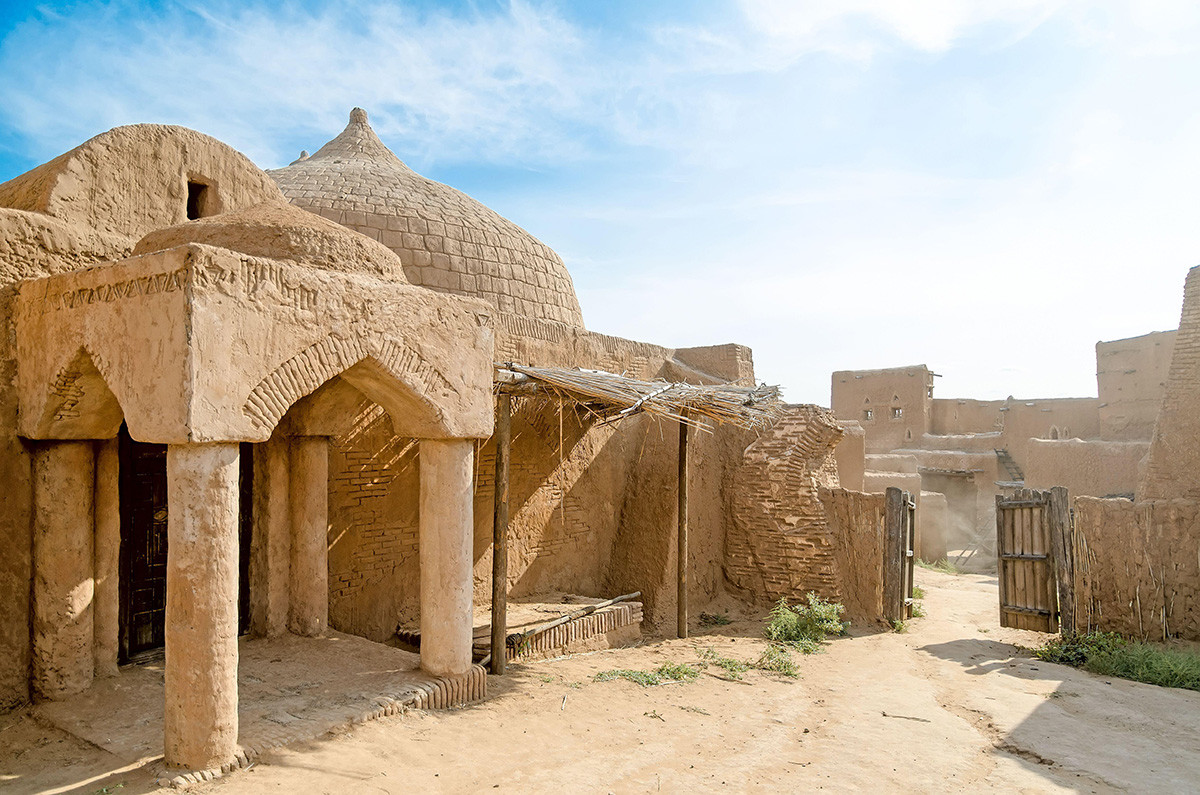 In the Russian southern region of Astrakhan, there is an artificial medieval town called ‘Sarai Batu’, built for the movie ‘Horde’ in 2011. Tourists can relive the life of ancient nomads, try shooting a crossbow, peek into a torture chamber and even ride a camel(!). In fact, in the 13th-14th centuries, not far from this place, there was a real city with the same name, which was the capital of the Golden Horde. The place of archaeological digs is now a museum. 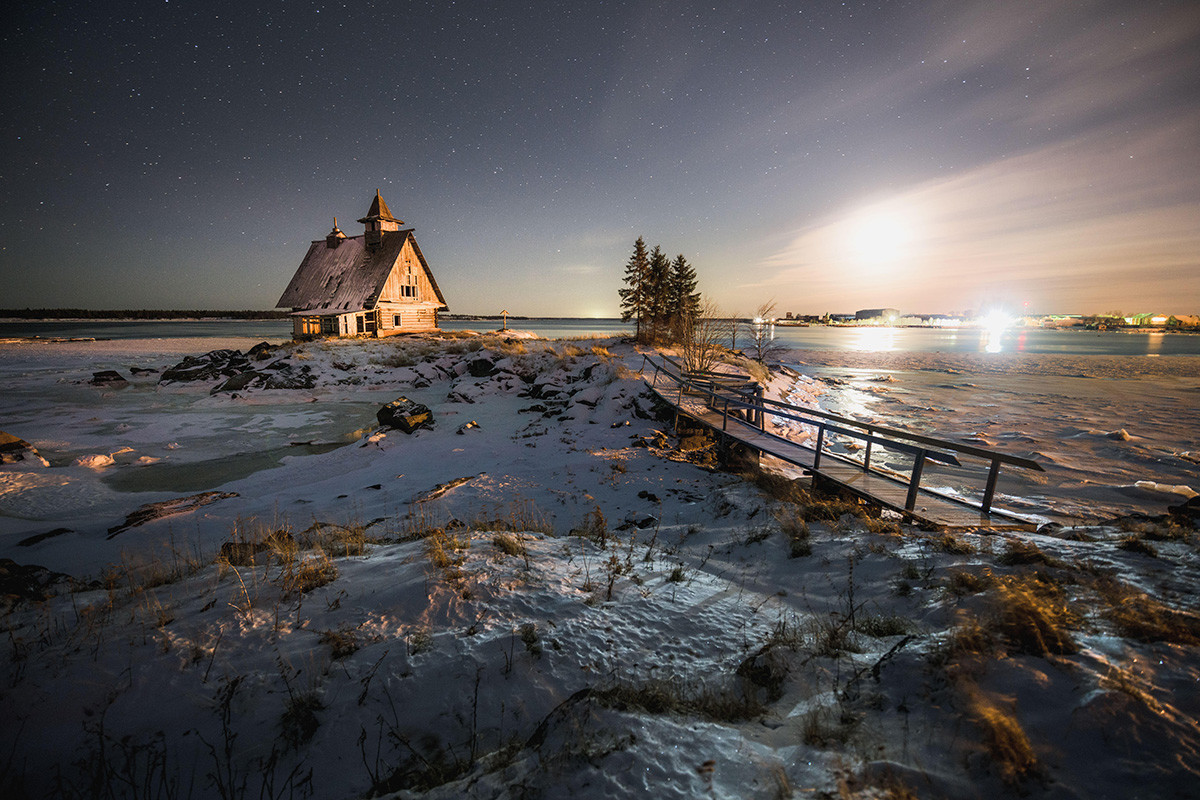 Rabocheostrovsk is a small Karelian village on the shores of the White Sea, the stopover point on the way to the Solovetsky archipelago. The most famous view of the village with an old hut and bridge was actually the movie set for Pavel Lungin’s movie ‘The Island’ (2006). An abandoned barrack was turned into a church and an old wooden barge (which, most likely, was left by prisoners of the Solovetsky camp) was placed next to it. As a result, the scenery became a part of Rabocheostrovsk.

This fairytale town for the movie about a Russian folk superhero was built in the north of Moscow Region in 20XX. Here you can find cute wooden houses with bright towers and terems. The windows have antique-style decorations and inside one of the houses you can even see an authentic Russian stove.

A large number of Soviet and modern movies were shot in Crimea and they are still preserved in different parts of the peninsula. The movie set near Sudak was built in 2004 for the ‘Zhyvaya Ryba’ (‘Live Fish’) movie. It was never completed, but the set ended up becoming a place of pilgrimage for many tourists. The film takes place in the city of Akhtaman, which was inspired by settlements in Morocco and Turkey. Today, this place looks like an ancient Central Asian town destroyed by time. 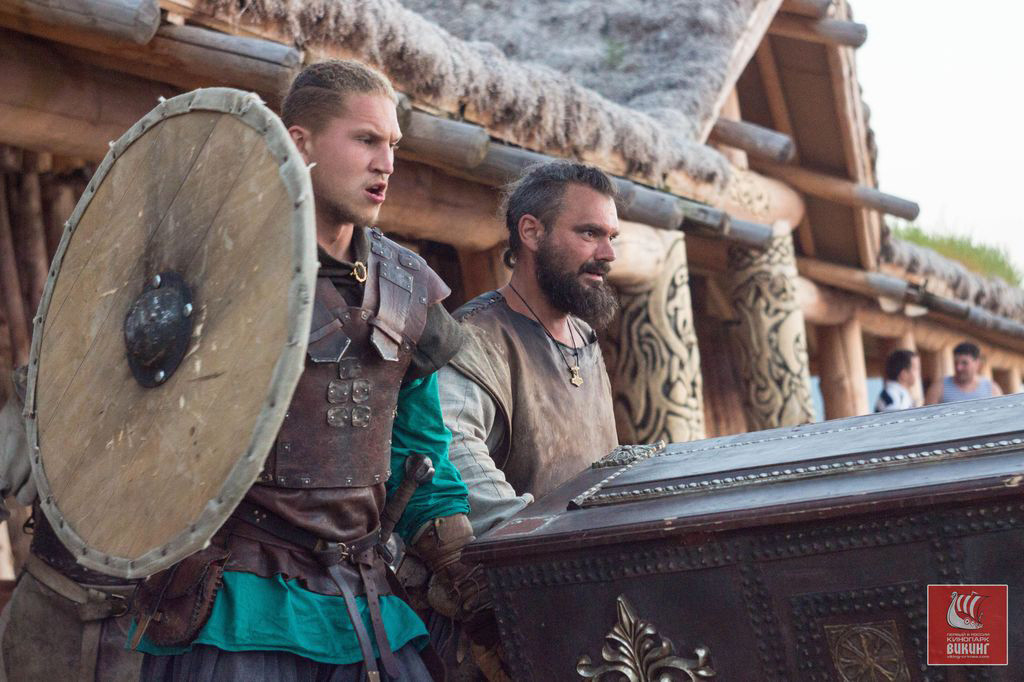 This historical theme park between Simferopol and Alushta in Crimea was the setting for the ‘Viking’ (2016) movie. The park features a realistic medieval Scandinavian town with a market square, a watermill, a blacksmith shop and a restaurant. Today, this place is very popular among locals and tourists with children.

The famous novel ‘Zuleikha Opens Her Eyes’ (2015) by Guzel Yakhina was adapted to the big screen in 2020. The plot takes place in the Siberian village of Semruk in the 1930s. The set was built near Kazan. It includes the commandant’s house, barracks, a canteen and a club on the banks of the Kama River. 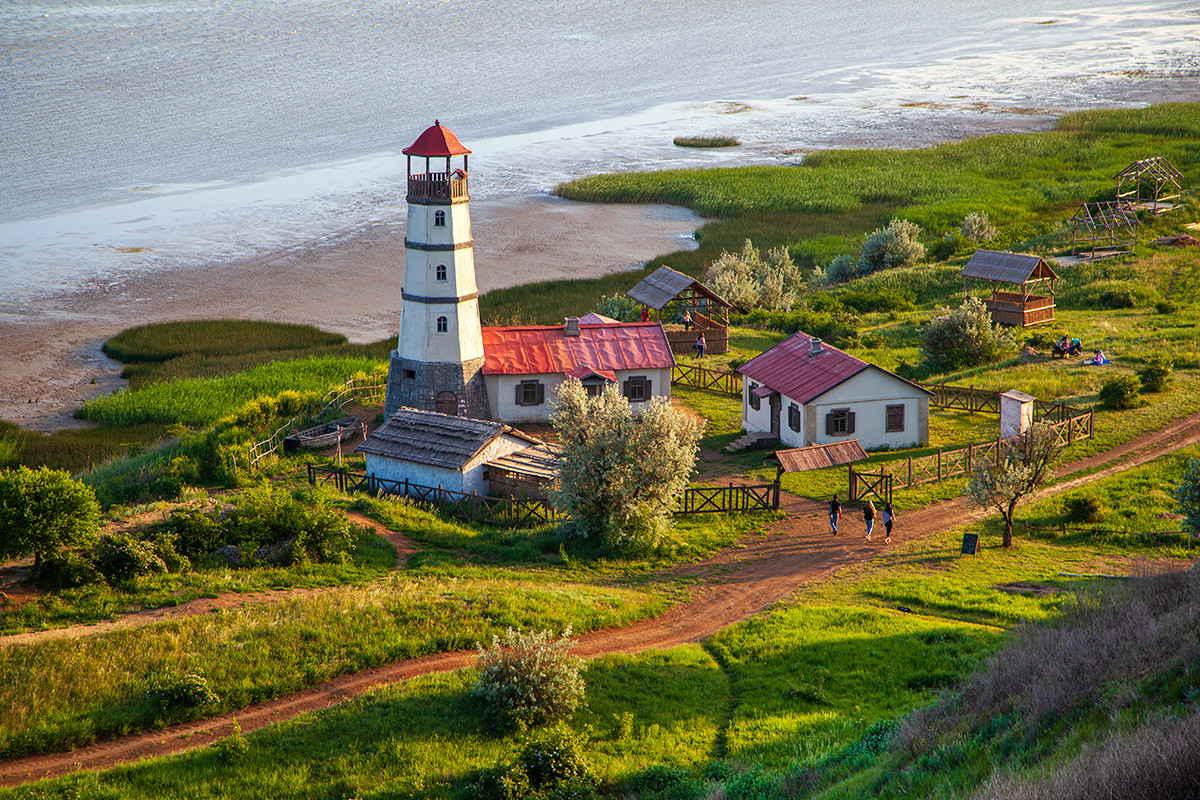 In 2017, the set for ‘The Lighthouse Keeper’ (2019) movie appeared in the village of Merzhanovo. This specially built village consists of several wooden houses and a high lighthouse tower. The film crew decided to leave the set for tourists and it now boasts a drive-in cinema, an observation deck, a cafe and a unique swing with an amazing view of the bay. By the way, it’s considered one of the most instagrammable locations!