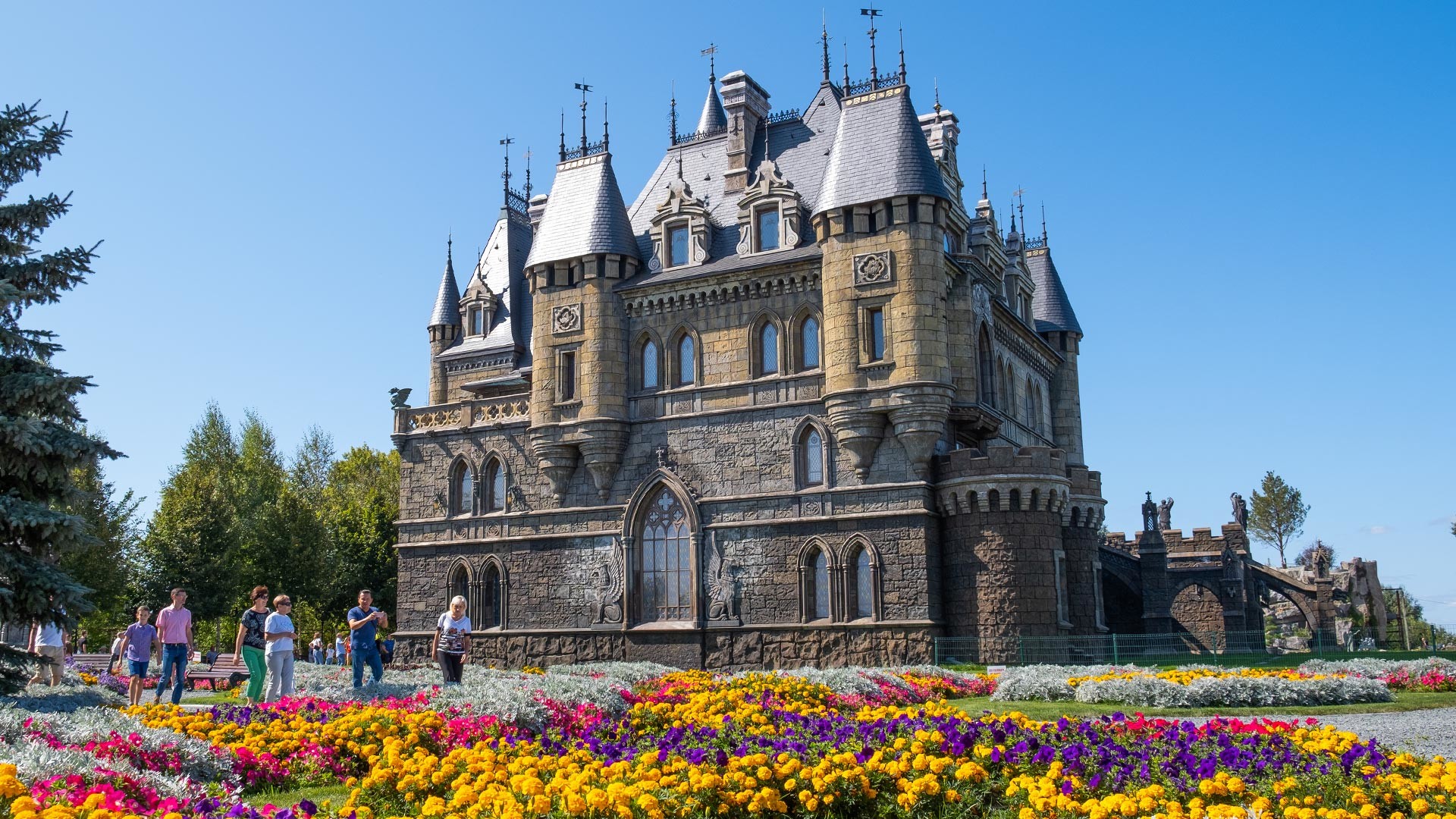 Legion Media
These popular tourist destinations with medieval-like towers and monuments of knights by the entrance are, in fact, modern hotels, theme parks and even... dachas. 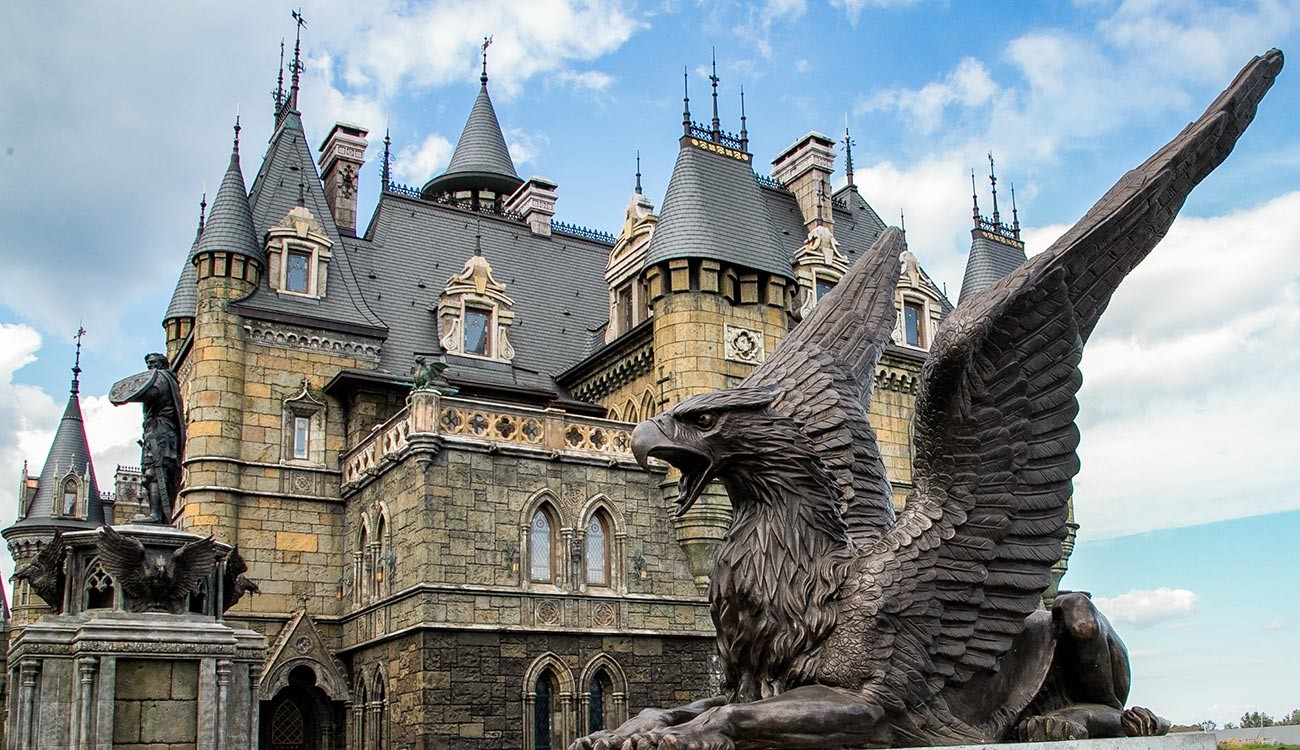 One of the main attractions in Samara Region is the huge gothic Garibaldi Castle, built by local businessman Oleg Kuzichkin in the 2010s and named after his father. This castle is located near the city of Togliatti, the homeland of the AVTOVAZ car plant. The roofs and towers are made of slate, while the entrance is “guarded” by huge bronze griffins.

The Garibaldi Castle was supposed to be a hotel, but it’s not yet finished inside. However, its flowery garden, complete with a fountain, is open 24/7 and there are many visitors who come to take photos with the Gothic castle in the background. This place is especially popular for wedding photo shoots. 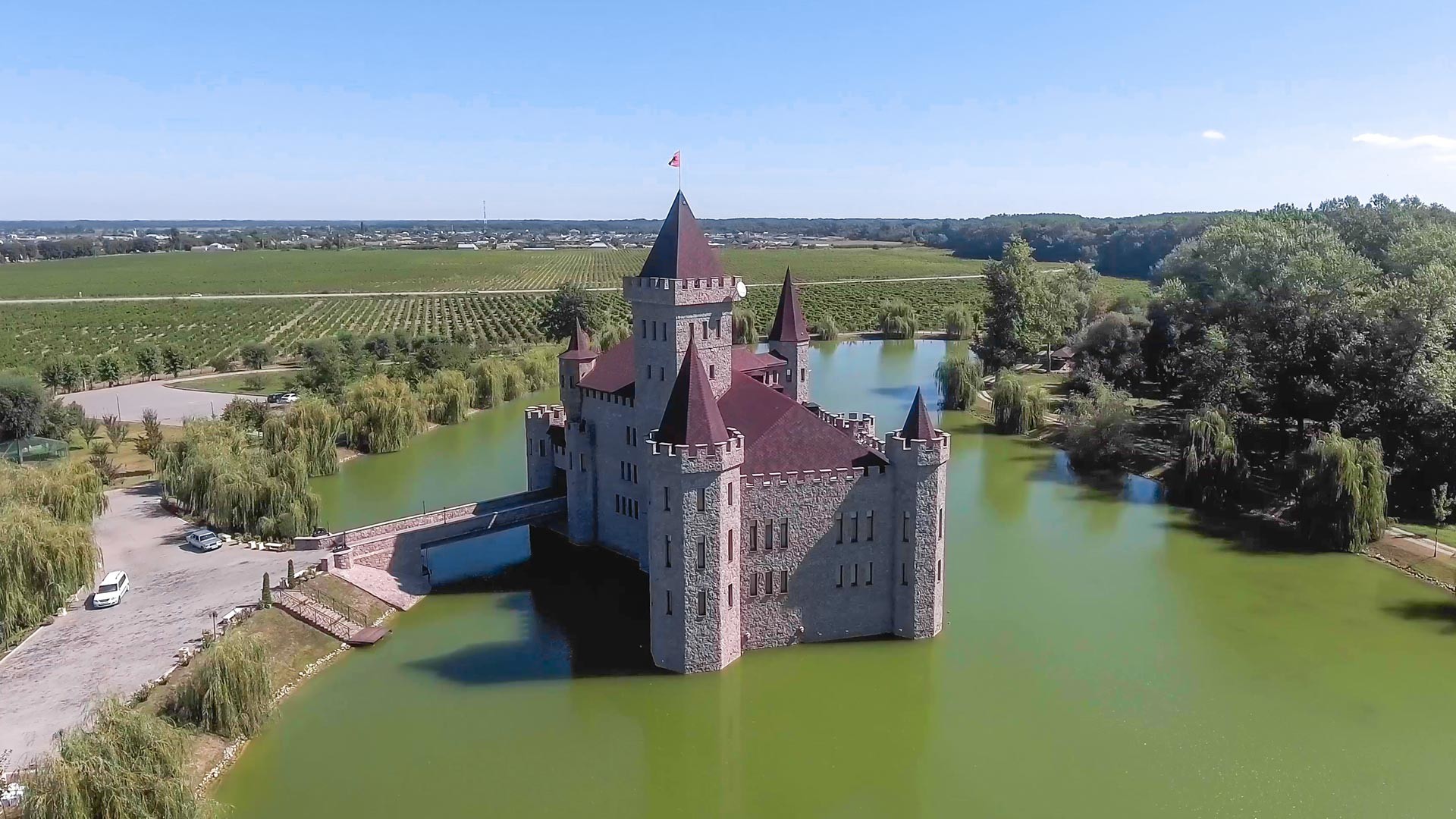 This castle with high towers, massive iron gates and a small lake with swans is located in the Kabarda-Balkar Republic. In the 1990s, a local agronomist came with the idea to develop the wine industry in Russia and decided to build a modern winery in the style of a French chateau.

Most of the land around is occupied by vineyards that grow classic varieties of grapes: Merlot, Chardonnay and Cabernet Sauvignon. Visitors can try all the local wines in the castle’s splendid tasting room. 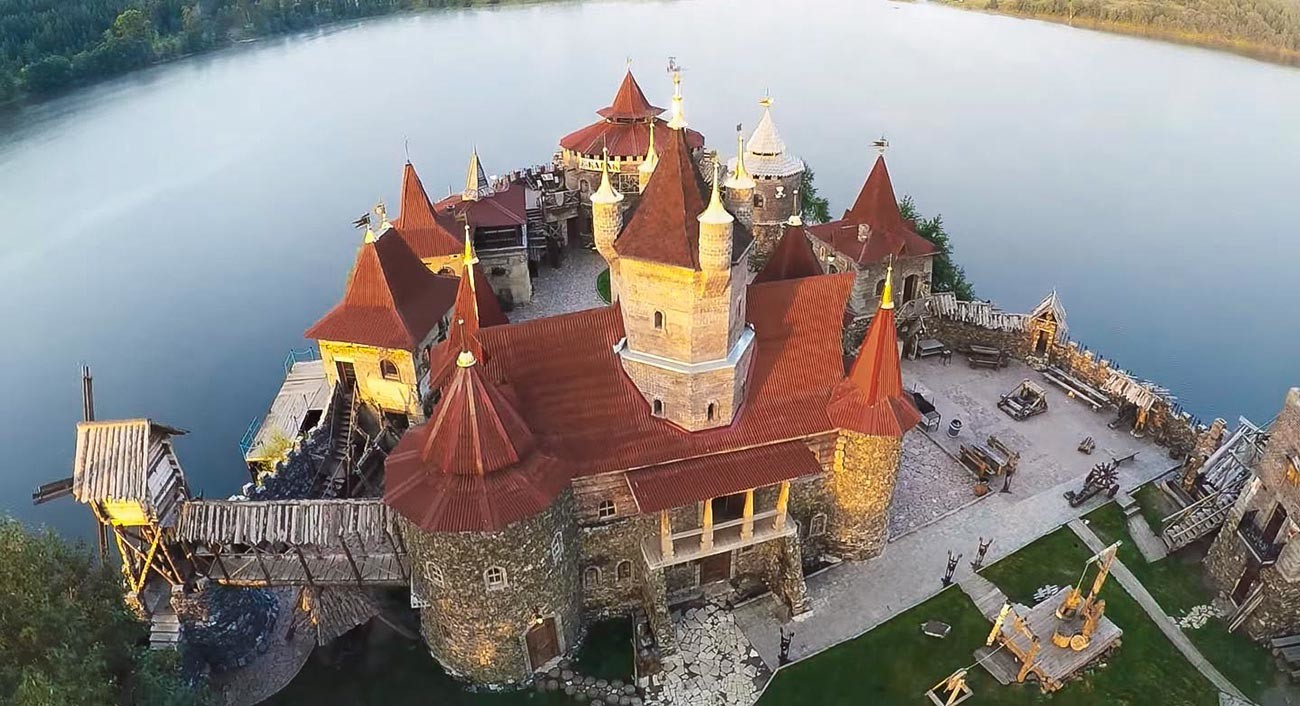 The remote industrial town of Satka in Chelyabinsk Region is one of the most visited places in the Urals. In recent years, a local businessman built a large theme park called ‘Sonkina Laguna’ (Sonya’s Lagoon), named in honor of his granddaughter. The park looks like a medieval castle with a windmill, chapel and even a pirate ship. On the nearby island you can find another castle with kids attractions, cafes and “ancient” interiors. 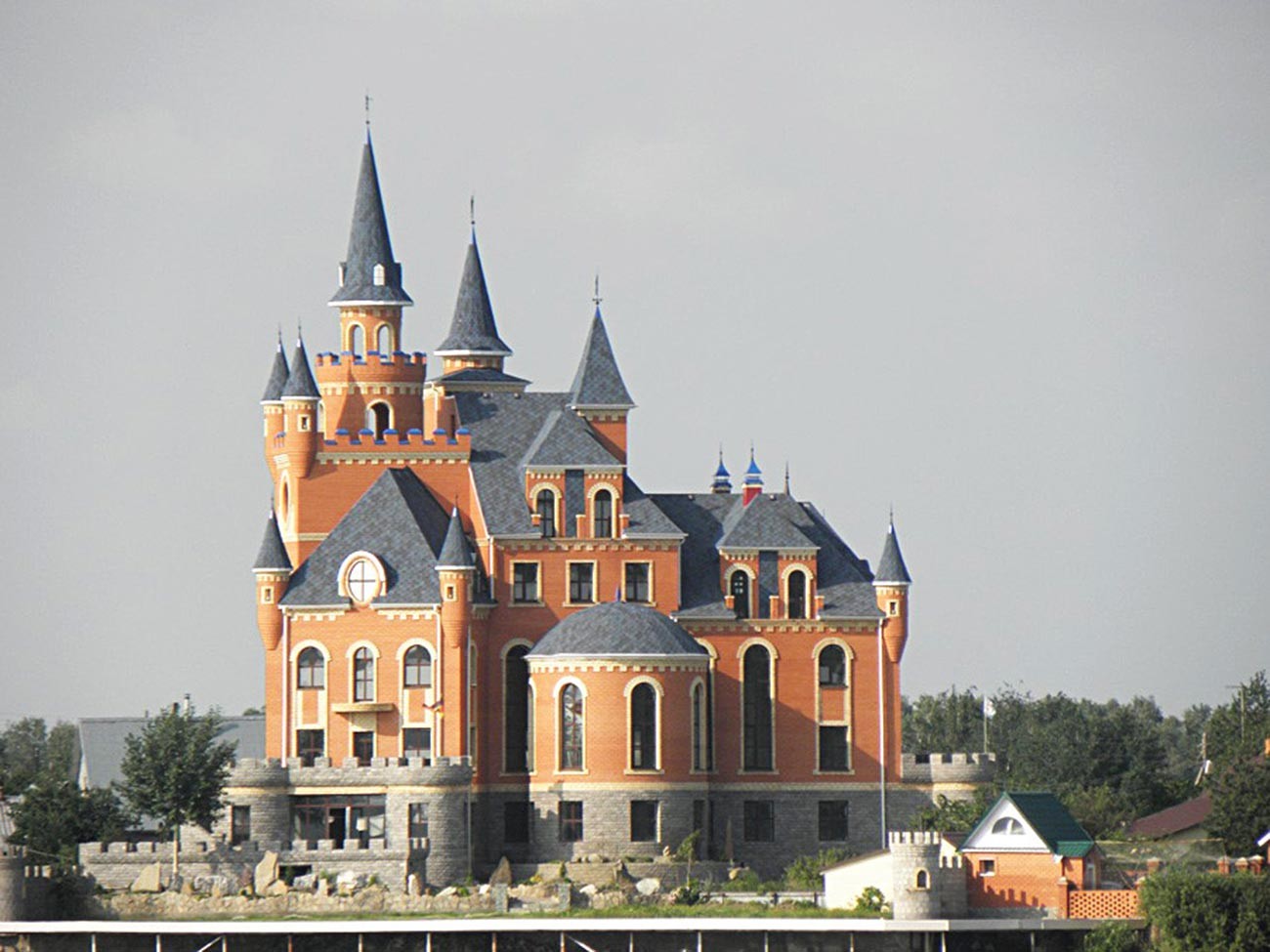 What do you expect to see at a usual Russian dacha? We bet anything but a castle! This unbelievable palace is located near Siberian city of Tyumen. And it wasn’t built by some rich oligarch; instead, it belongs to a dentist who dreamed of turning his dacha into a fairy tale.

5. A castle with a pool in the Russian South 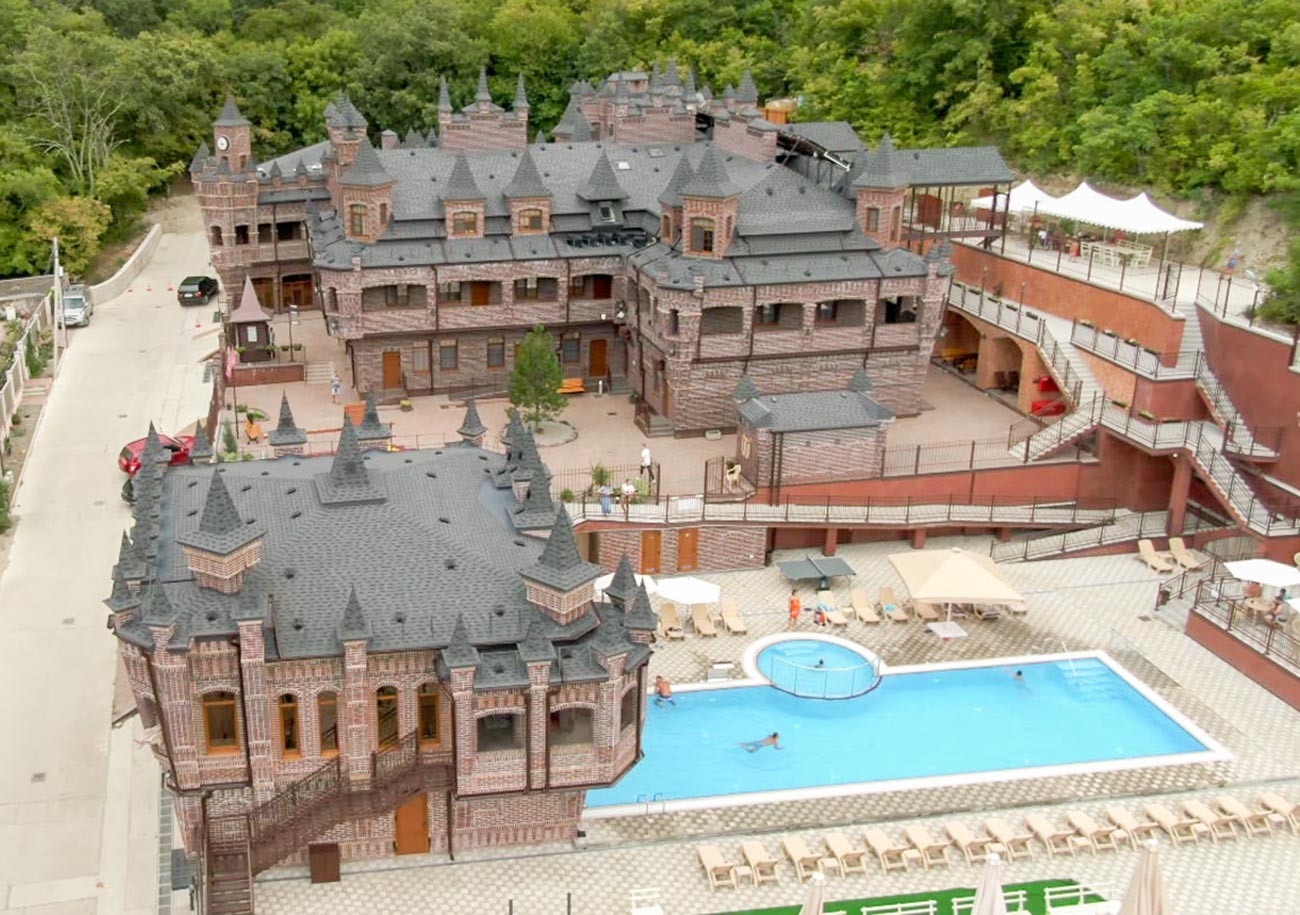 The village of Durso near Novorossiysk is famous for its Russian champagne, but also thanks to this giant hotel built like a medieval palace. Located rather far from the beach and other cities, it’s still popular for most of the year. The favorite part for visitors is the open-air heated pool.

6. A castle from garbage in the Far East 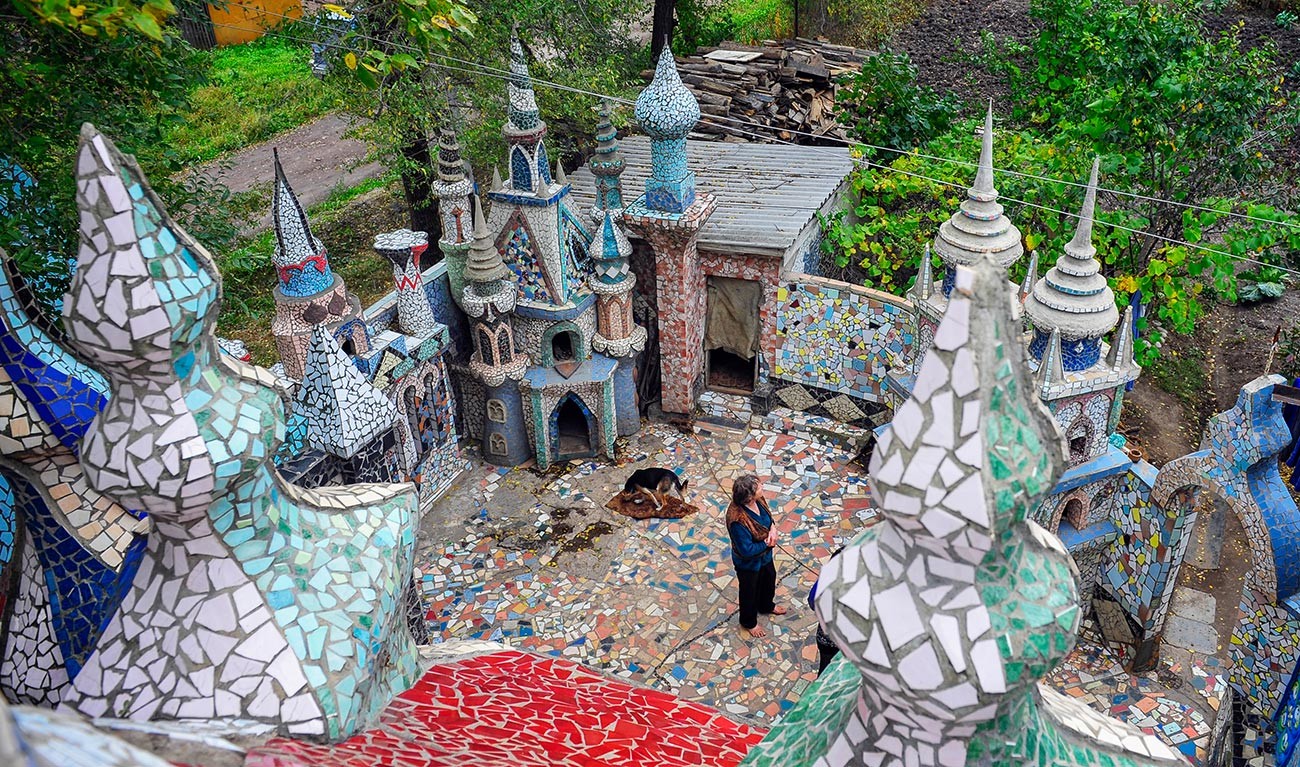 Valentina and Alexei Krivovs from the town of Artyom in Maritime Territory were construction workers and when they retired, they decided to turn their dacha house into a castle. It’s hard to imagine that this house with columns, decorations and elegant domes is made entirely… from garbage. When building it, the Krivovs simply gathered construction debris on the streets and among neighbors. 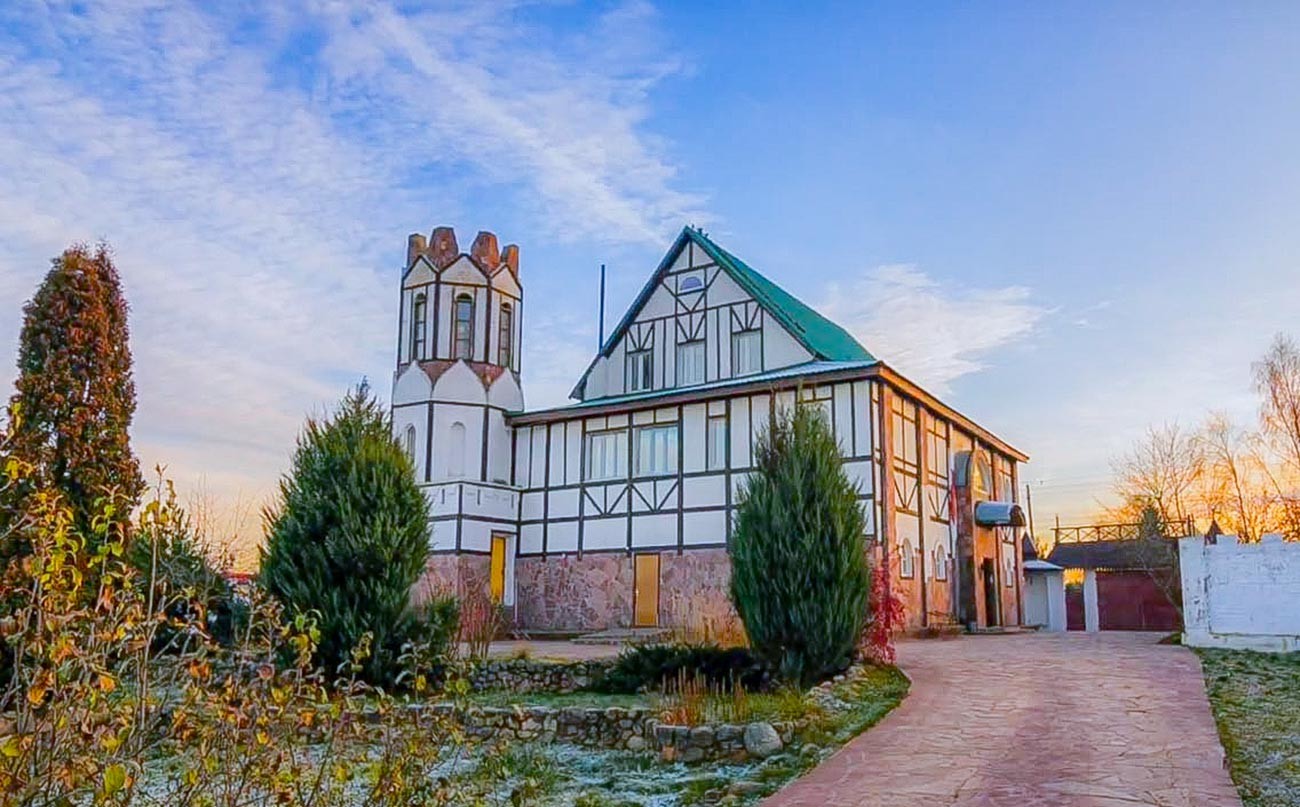 Several years ago, this castle appeared in the village of Glazovo in the north of Moscow Region. It hosts wedding banquets and corporate parties. From the inside, all the halls look as if you are in an old knight’s castle. There are real fireplaces, a hotel in the tower and lakes in the park. In winter, in addition to parties, this place is popular for skiing.