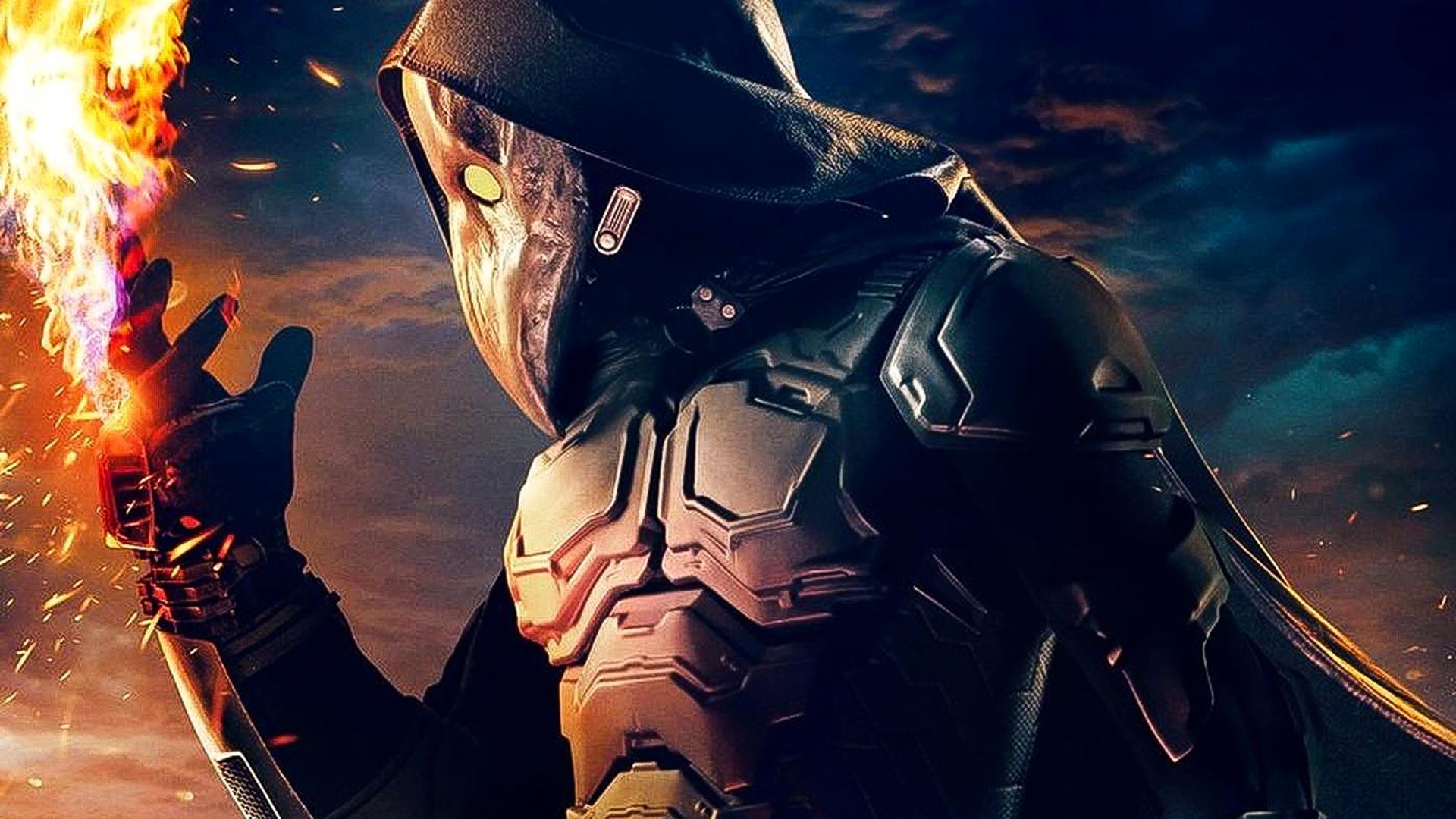 Oleg Trofim/Bubble Studios,2021
On May 5, 2021, the Russian action movie ‘Major Grom: Plague Doctor’, based on the comic book of the same name from Bubble Comics, was released on Netflix. Is this the first truly watchable Russian superhero movie? 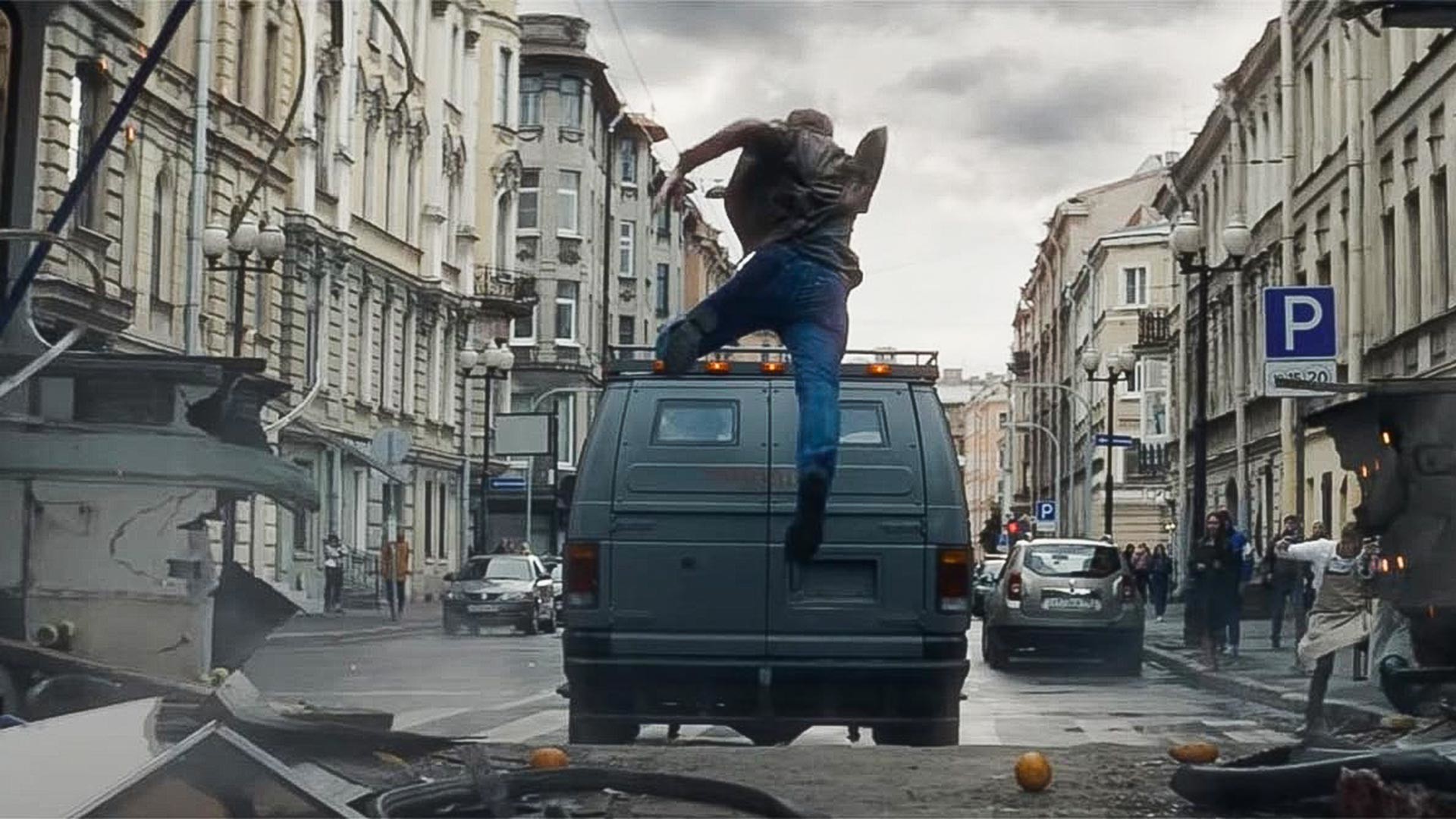 An ordinary rainy day. A police officer is running down a street in St. Petersburg dressed in a vintage jacket and brown beret. His name is Igor Grom, the main character in the movie. In one bound, he leaps into a truck full of robbers in hockey masks, tries to stop them, but gets blasted in the chest with gunfire. Cut to a funeral scene and it looks as if the movie is over before it’s started. That would be original, but not box office-savvy. Suffice it to say that all is not as it seems. 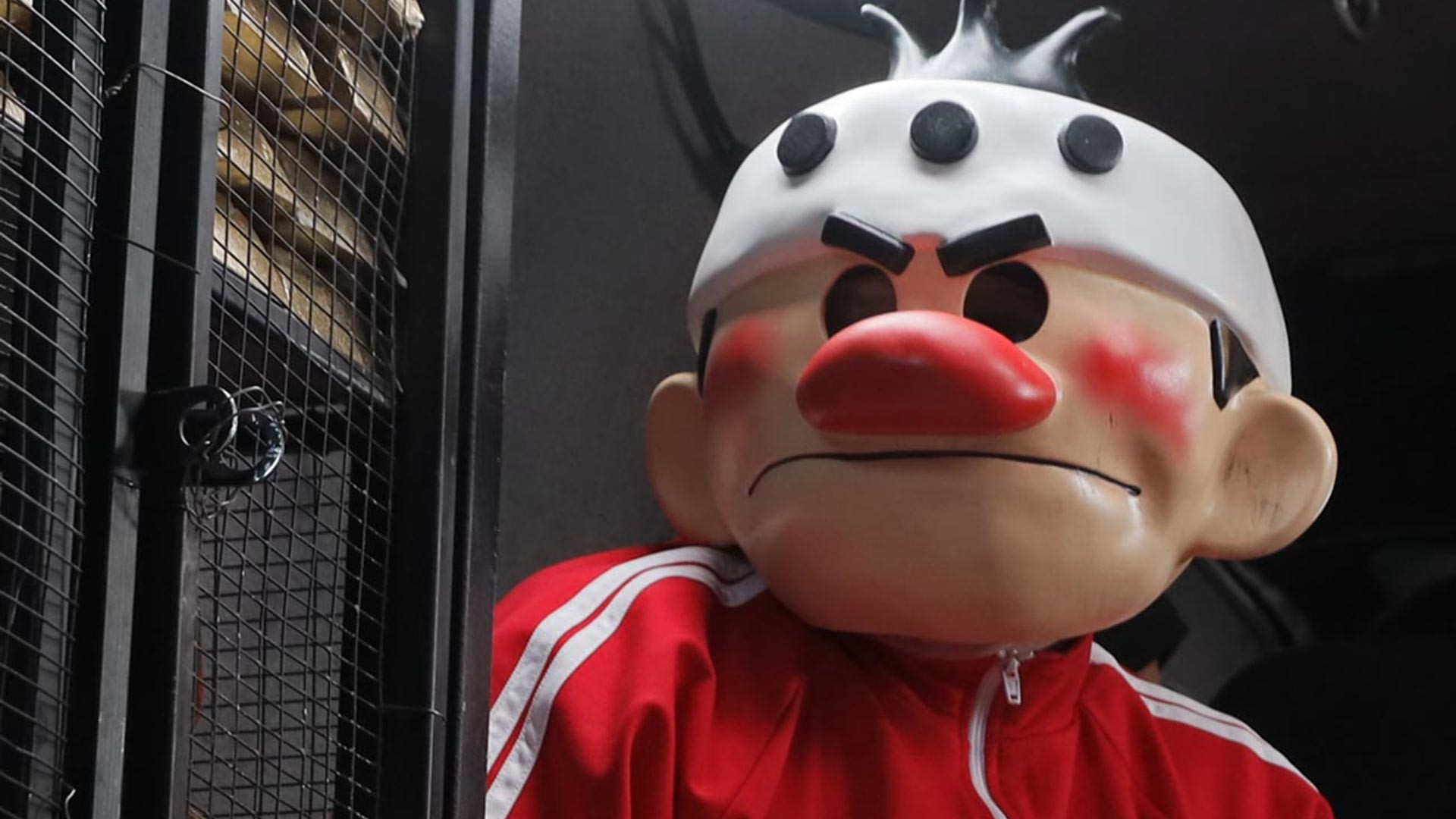 The whole movie is filled with action scenes like these — exhilarating, gritty, sometimes funny. ‘Major Grom’ (whose surname means “thunder” in Russian) stops criminals either behind the wheel of a garbage truck or with the help of a glass and his fists. The fight scenes are not only blood-pumping, but integral to the plot.

The antagonist, the Plague Doctor, and his acolytes spray gunfire all over the place — undesirables get dispatched with short shrift, cars burn and explode during street protests. Caricatured it may be, but it is edge-of-the-seat stuff, as befitting a real superhero movie. 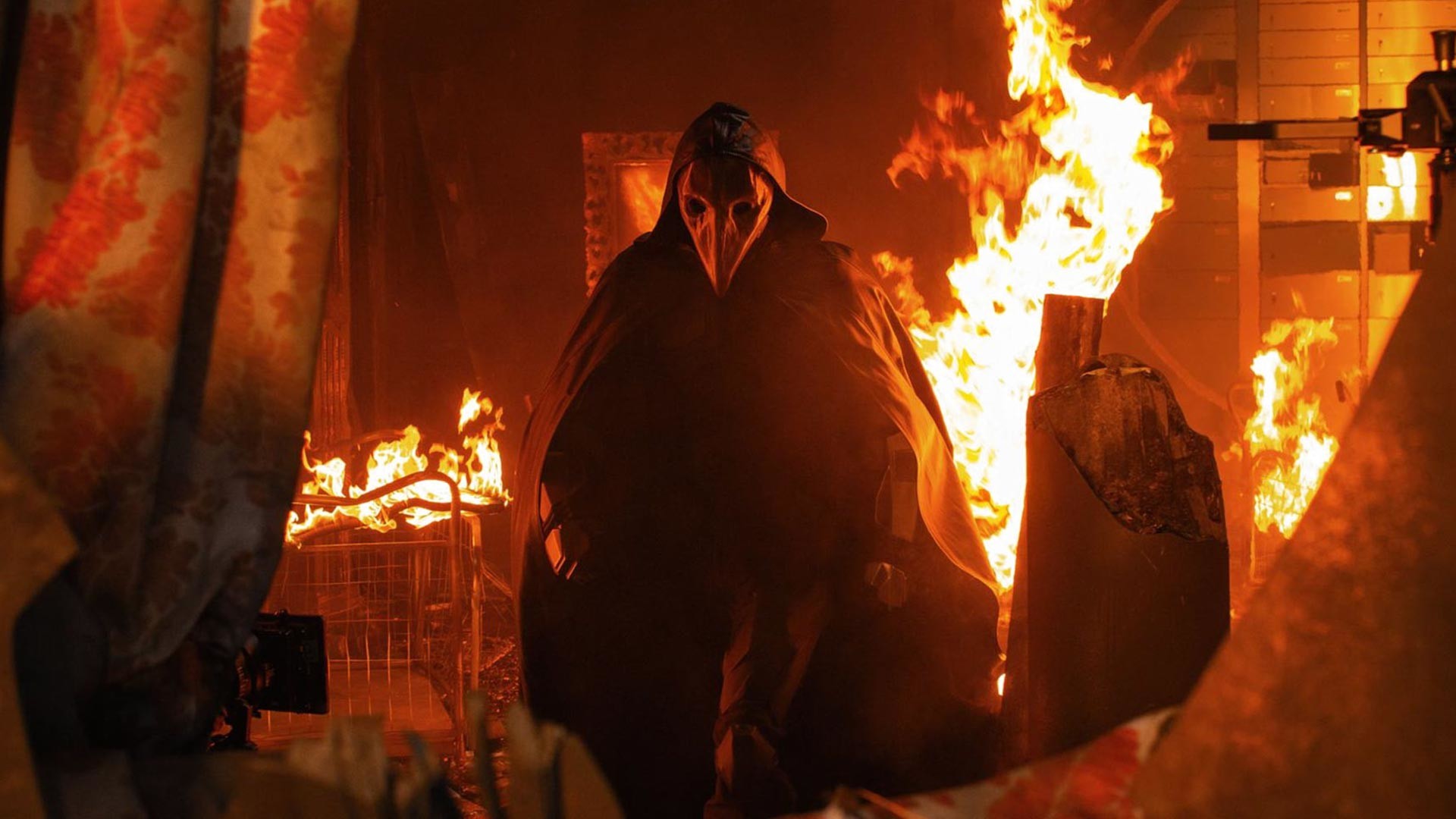 ‘Major Grom’ is not your standard Hollywood superhero who acquires incredible powers through a freak accident or fancy gadgets. He is just quick, nimble and smart. Grom’s “superpower” if any is his never-say-die Russian mindset that gets him out of countless scrapes and sticky situations.

Igor is a loner, a kind of Dr. House in police uniform. At work, the only people he gets on with are his rookie partner and his boss Prokopenko, who forgives all kinds of discipline violations, since Grom is the only one actually able to catch criminals.

A special mention should be made of the villain, whose true identity is shrouded in mystery. On the one hand, the movie presents the main source of evil as the corrupt oligarchs who run the city. Their children run over people at pedestrian crossings without even braking, on the city outskirts local residents choke on the toxic smell of commercial landfills and some are left completely homeless, due to the actions of greedy bankers.

On the other side stands the main antagonist, the Plague Doctor. He seems to be fighting injustice, declaring war on the corrupt. But he does it in the most brutal way — killing them without due process, their families oftentimes getting caught in the crossfire. Despite (or because of) his methods, the Plague Doctor soon becomes a folk hero.

Director Oleg Trofim, in an interview with online portal DTF, claimed that the movie is not politically motivated. Nevertheless, the attentive viewer will notice parallels between the Plague Doctor and oppositionist Alexei Navalny, who also makes active use of social media to interact with his supporters (this allusion is by no means in Navalny’s favor). Another hero in the movie is the talented programmer Sergei Razumovsky, creator of the anonymous social network Vmeste, the main digital platform used by the Plague Doctor. This is a clear nod to Pavel Durov, founder of the social network Vkontakte and the messenger app Telegram, who, incidentally, also began his career in St. Petersburg.

That said, the movie can still be enjoyed at surface level, without an understanding of Russian politics, because, in essence, it is an archetypal tale of revenge born of a sense of fairness and the permissible boundaries of popular justice. 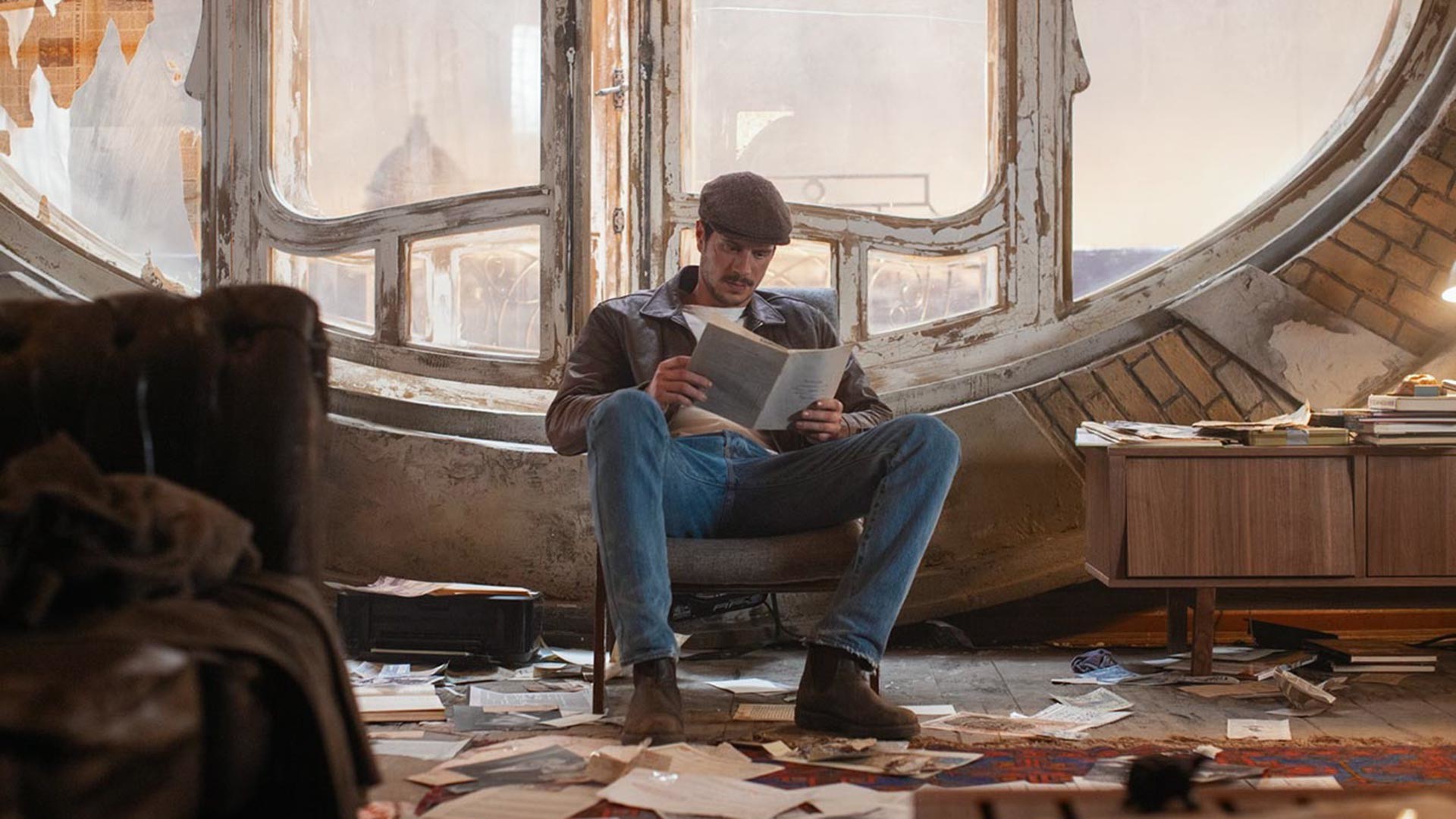 But that is, after all, closer to reality — it does indeed rain constantly in Russia’s northern capital. At the same time, the city’s iconic landmarks are shown in all their glory: we see them during the chases through Palace and Sennaya squares, during the dialogues on the Neva embankment and from the rooftops, where the characters sit eating shawarma, the most popular fast food in the city.

The night views of St. Petersburg are especially impressive — panoramas of the night-time streets with an illuminated St. Isaac’s Cathedral, drawbridges and bars filled with people (yes, no lockdown). St. Petersburg’s Buddha Bar is depicted in the movie as a luxury casino and plays host to one of the biggest fight scenes. Every viewer will definitely want to visit after seeing that. 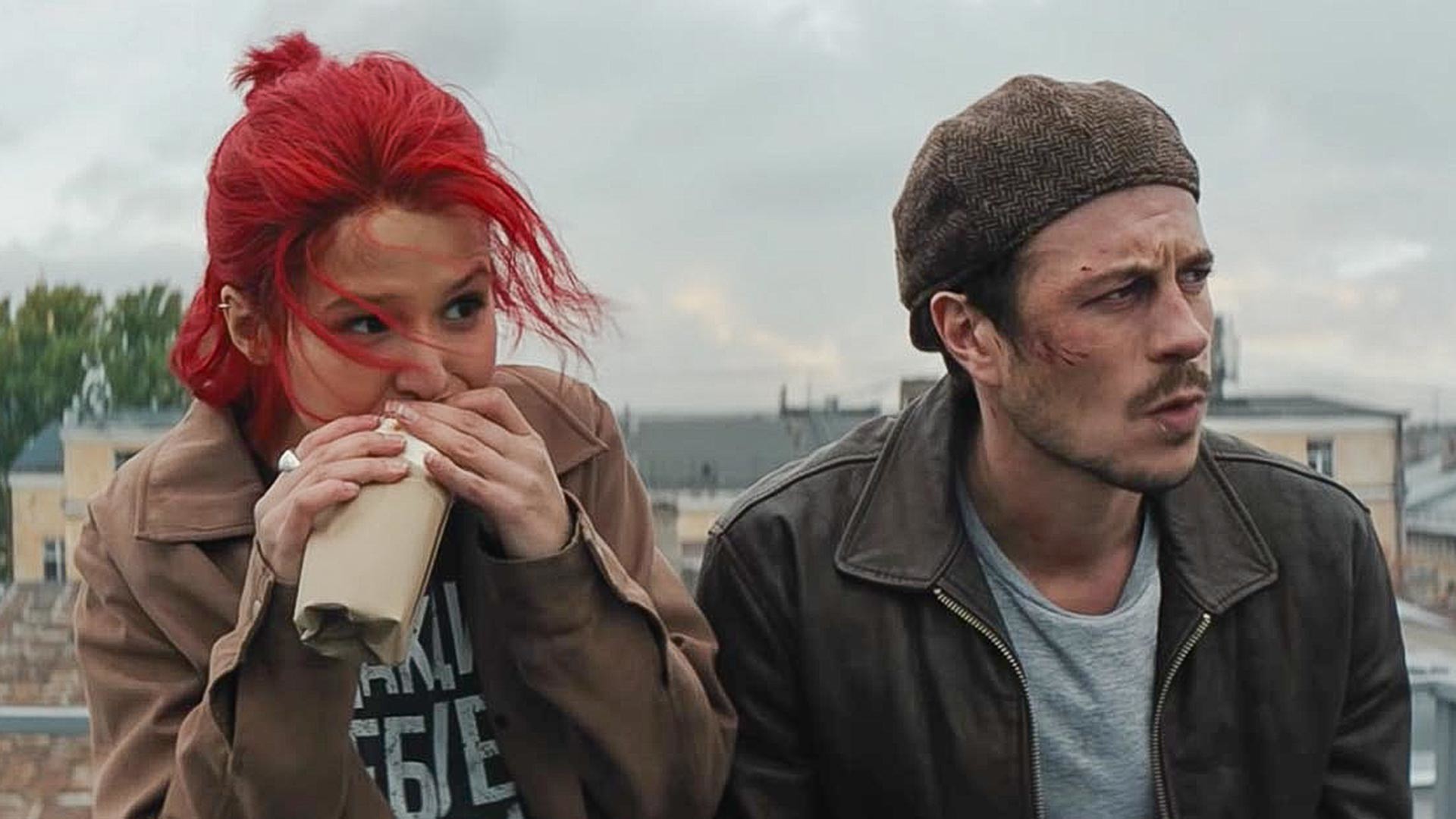 Bad news for viewers who don’t know Russian: all songs in the movie are by Russian performers in their native language. The good news is that the melodies are so unusual and haunting that not knowing the language is no barrier.

The soundtrack is a wild mix of indie bands performing Russian rap, hip-hop, pop, alternative rock, electronica and even folk. Among them are an old hit of the rock group Aquarium, a song from the Soviet cartoon Baby Raccoon and a slowed-down cover of Viktor Tsoi’s usually thumping song ‘Changes’ plays over the opening credits.

“We were looking for unknowns from the underground scene with an authentic and professional sound, but not yet vulgarized by their own popularity. It was important to find true St. Petersburg music and uncover bold new talent in the process, as happened with the movie Brat 2 [Brother 2],” said director Oleg Trofimov about the soundtrack selection process. 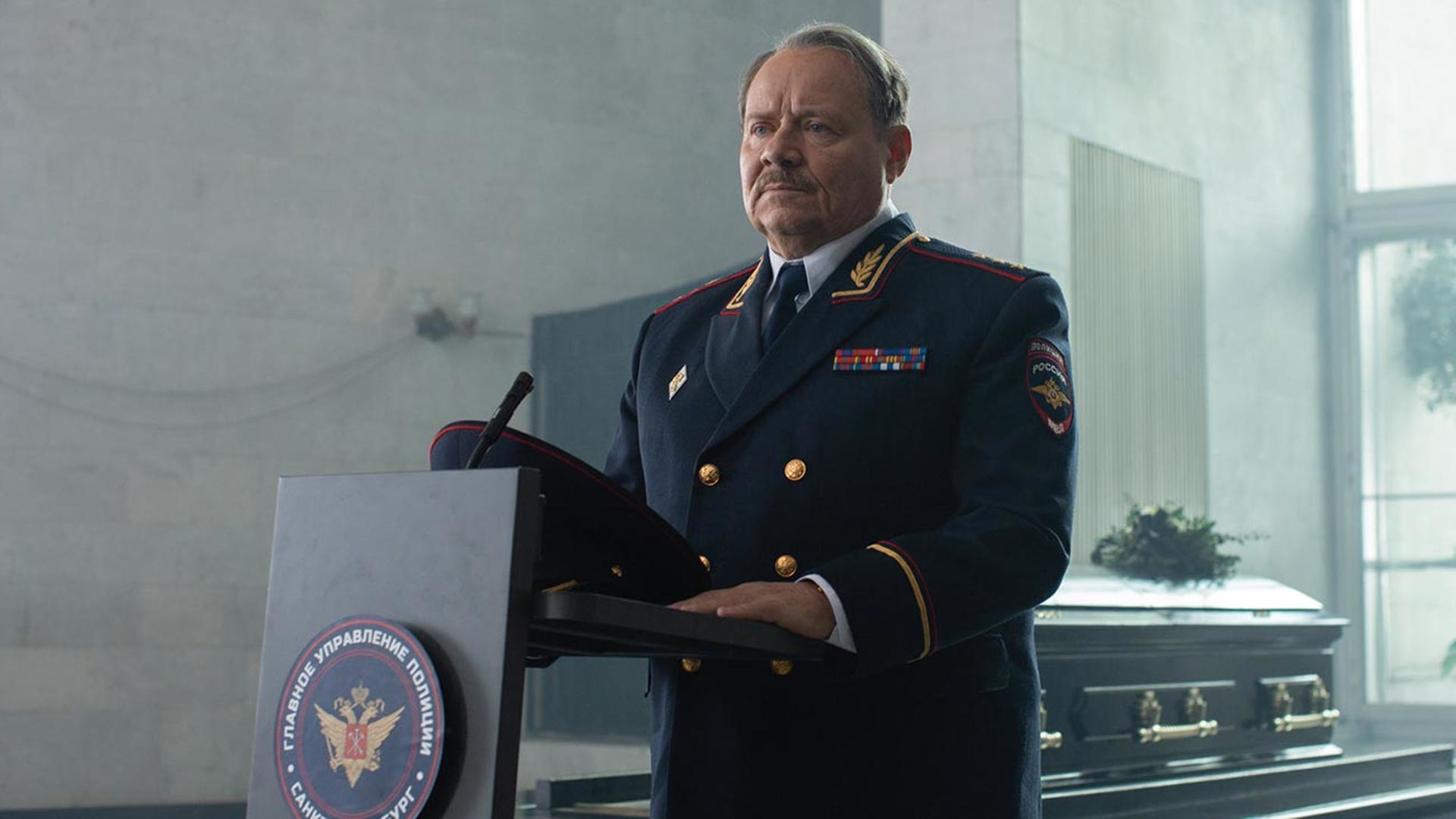 Right from the start, ‘Major Grom’ seems vaguely imitative of the Bond films: an ordinary cop instead of a secret agent; the attractive, cheeky journalist Yulia Pchelkina as the love interest; the ironic Colonel Fyodor Prokopenko in the place of M, head of Britain’s MI5 intelligence agency. Even the opening credits smack of Skyfall.

In the final analysis, ‘Major Grom’ is rescued from the “average action flick” category thanks to its Russian flavor, well-timed and non-vulgar humor and complex, morally grey characters, who cannot be boxed as good or evil.