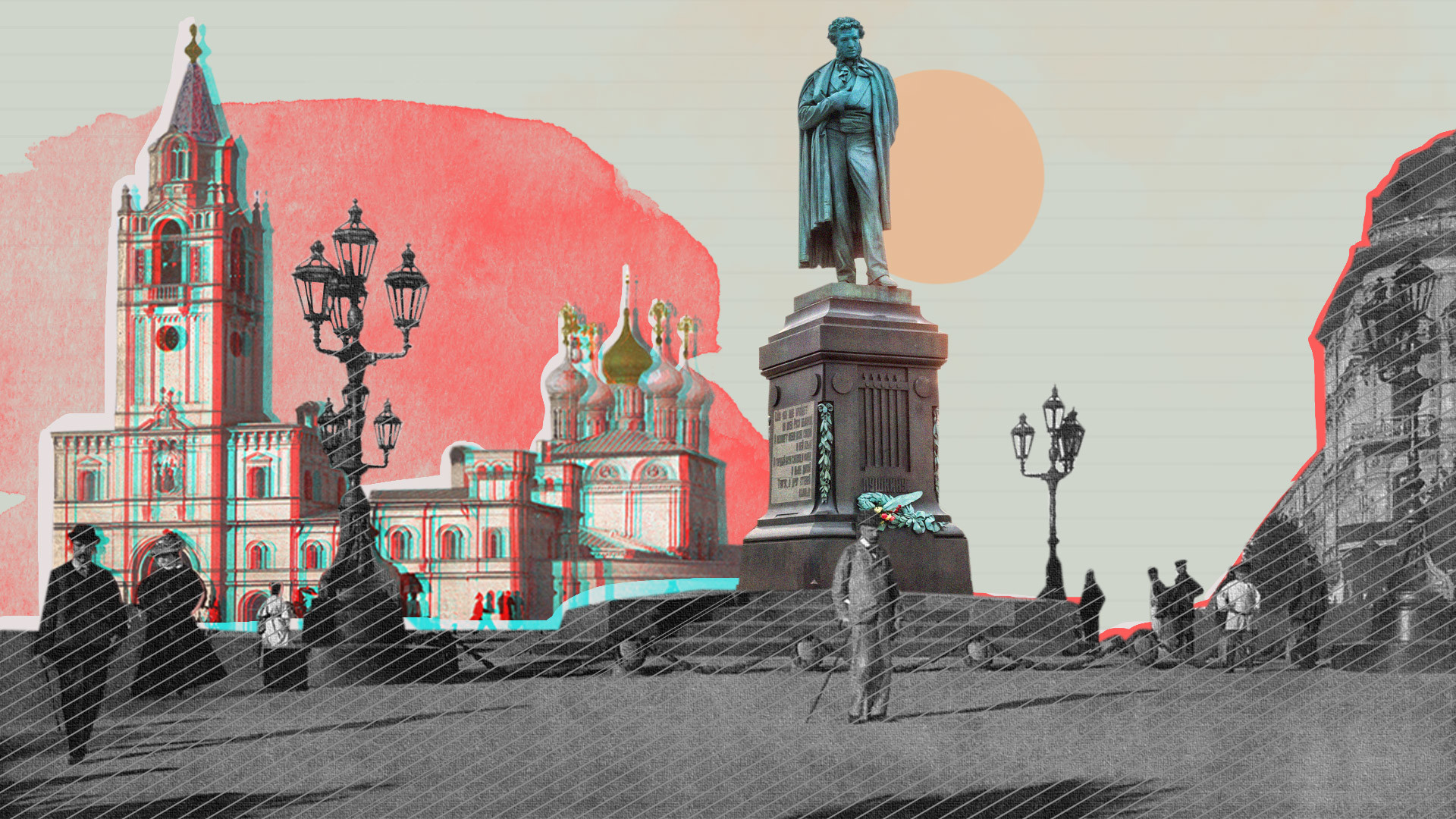 Kira Lisitskaya (Photo: Legion Media, Public domain)
In its centuries-old history, the country has lived through several wars and foreign interventions with devastating fires. New authorities also frequently tried to rebuild cities to their own liking, destroying architectural monuments in the process.

1. The Strastnoy Monastery in Moscow 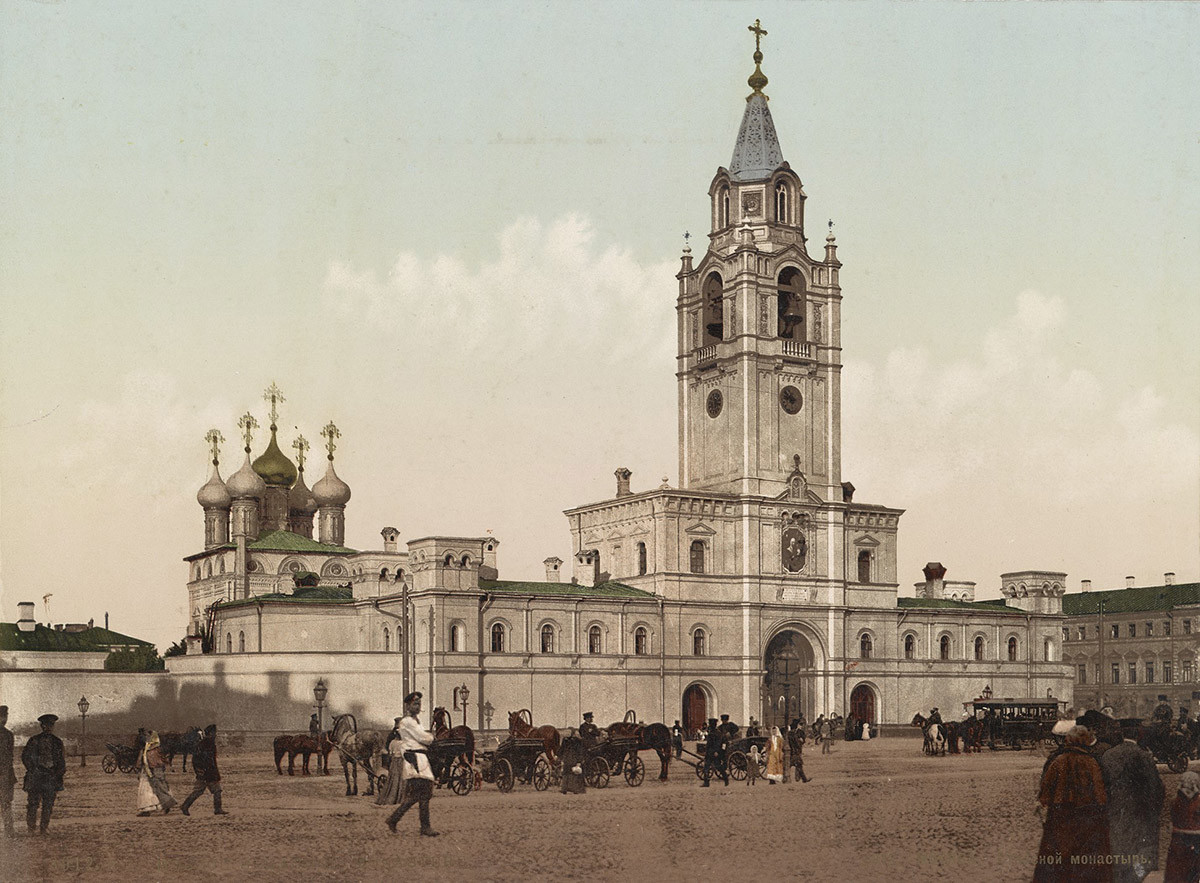 The Strastnoy Monastery, postcard from the late 1890s

In the 1930s, Joseph Stalin signed the General Plan for the Reconstruction of Moscow. Many streets were widened and rebuilt and new transport hubs were created. As a result, dozens of old buildings disappeared. As part of the anti-religious policy, old churches were blown up one after another. For example, in 1937, the ancient Strastnoy (“The Passion”) Monastery was demolished, as part of the reconstruction and expansion of Gorky Street (now Tverskaya Street). Pushkinskaya Square, with its musical theater and monument to poet Alexander Pushkin, now occupies the site. 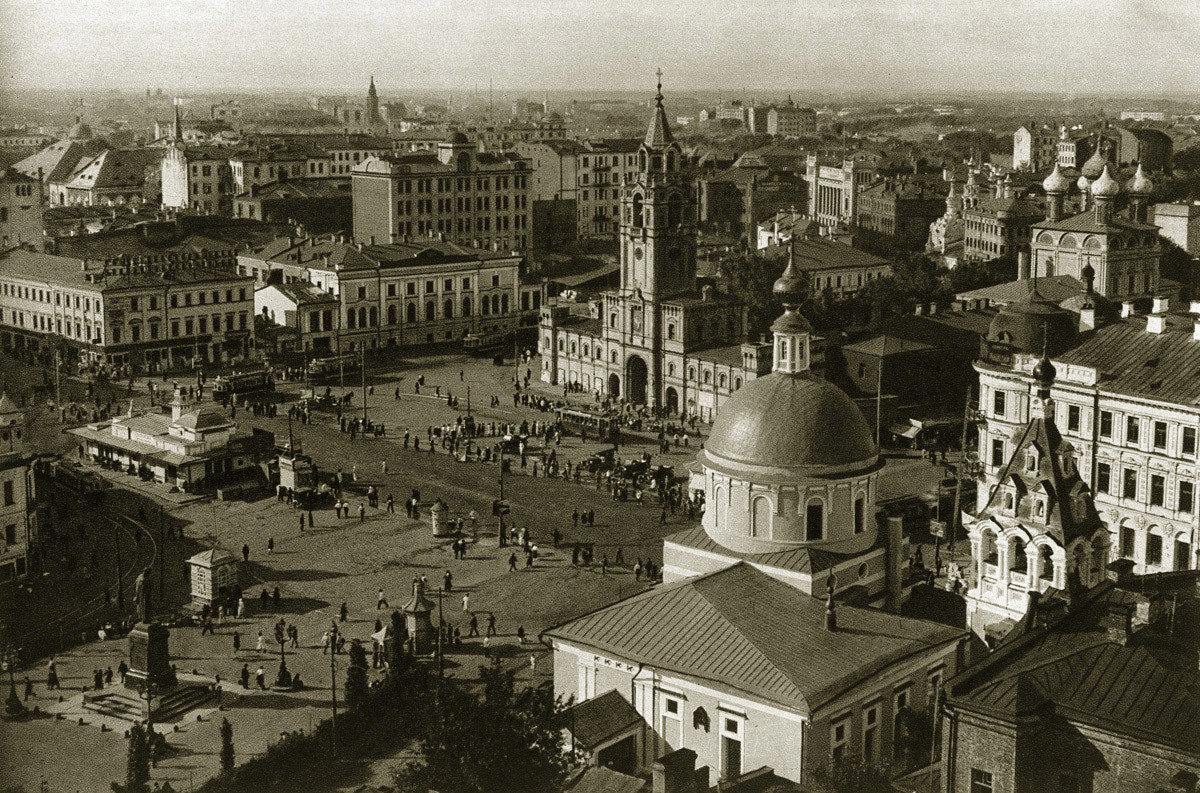 The Strastnoy Monastery and adjacent square in the 1920s. The statue of Pushkin on the other side of the square would be moved to where the monastery once stood.

The monastery was built in the 17th century under Mikhail Fyodorovich, the first of the Romanov tsars. The monastery’s most important relic was the Icon of the Mother of God “Of the Passion”. According to legend, it had healing powers. The monastery suffered damage and was looted by the French in the 1812 war with Napoleon; its bell tower informed the city that the enemy troops had retreated. 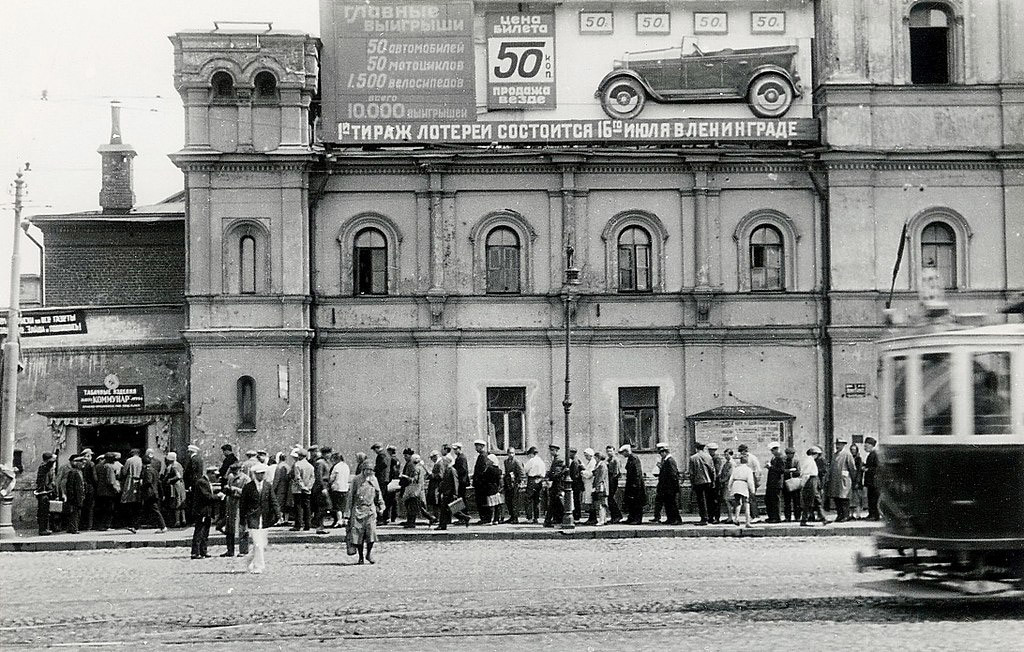 In the 1930s, the monastery walls were used for propaganda posters and advertising

You can check out other lost Moscow buildings here.

2. The Summer Palace of Empress Elizabeth in St. Petersburg

The palace was a gem of 18th century Russian baroque, dating to the reign of Elizabeth, daughter of Peter I. Its architect was the Russianized Italian, Bartolomeo Rastrelli, who designed all the most famous palaces in St. Petersburg, from the Winter Palace to Peterhof. 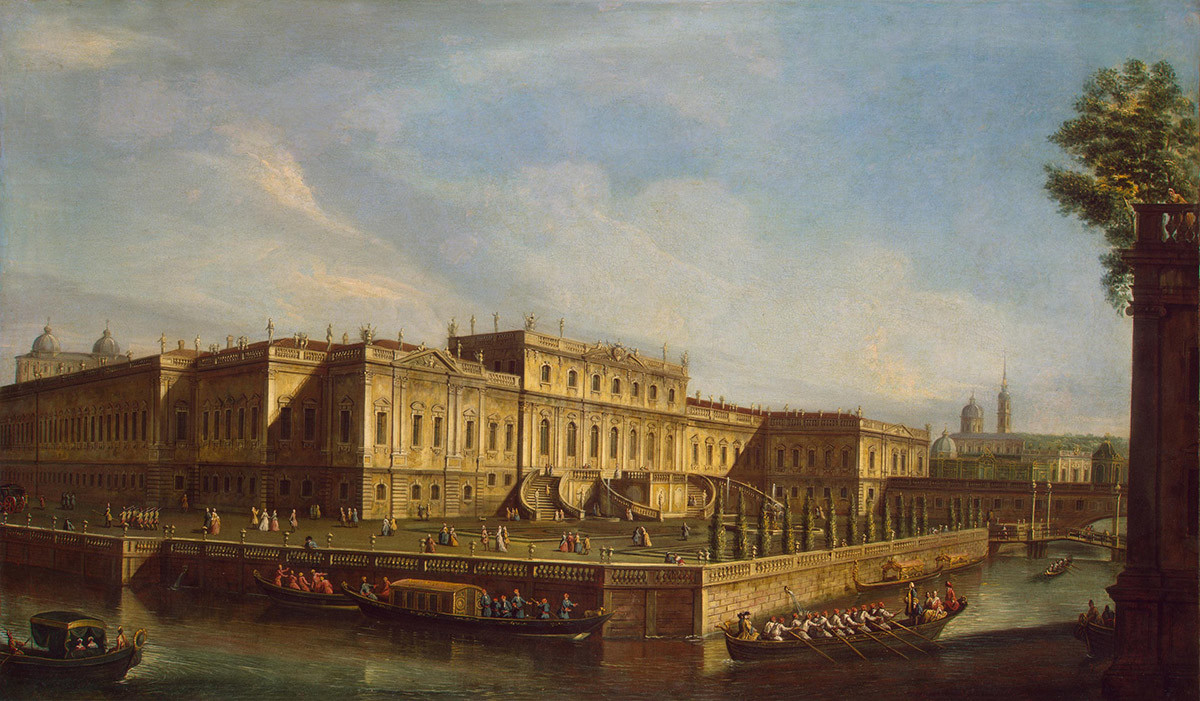 Only an engraving depicting the palace has survived, alongside a description of it: “More than 160 apartments, including a chapel, a hall and galleries. Everything was adorned with mirrors and rich sculpture.” The summer residence was intended as the culmination of the sumptuous Summer Garden project. After the death of Elizabeth Petrovna, Catherine II spent some time there, where she gave birth to a son, the future Emperor Paul I. He, in turn, would have the palace demolished to have the Mikhailovsky Castle, surrounded by a water-filled moat, built for him in its place. By one of the ironies of history, Paul I would be assassinated by conspirators in his new castle, which survives to this day.

3. The Church of the Tikhvin Icon in Irkutsk 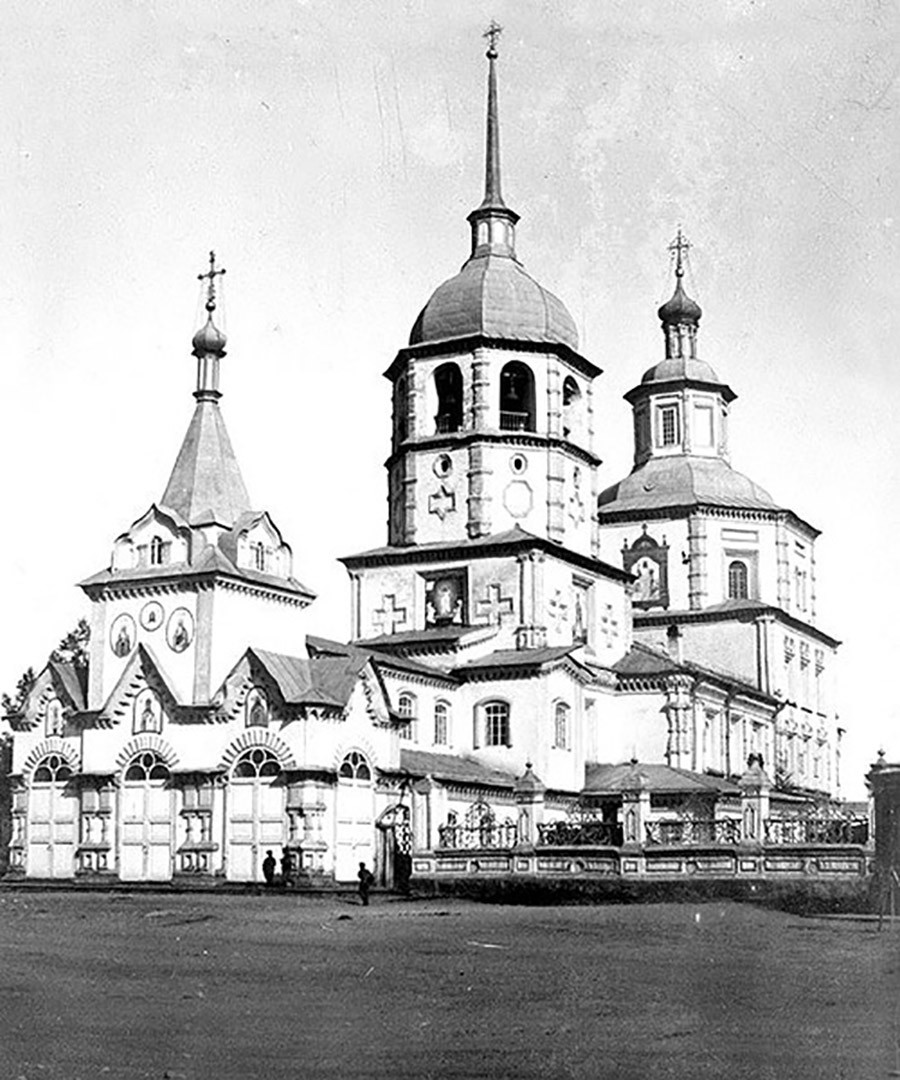 The Tikhvin Icon church in 1910s

This stone church dedicated to the Tikhvin Icon of the Mother of God was built in 1754 and funded by Irkutsk’s richest merchant, Ivan Bechevin. 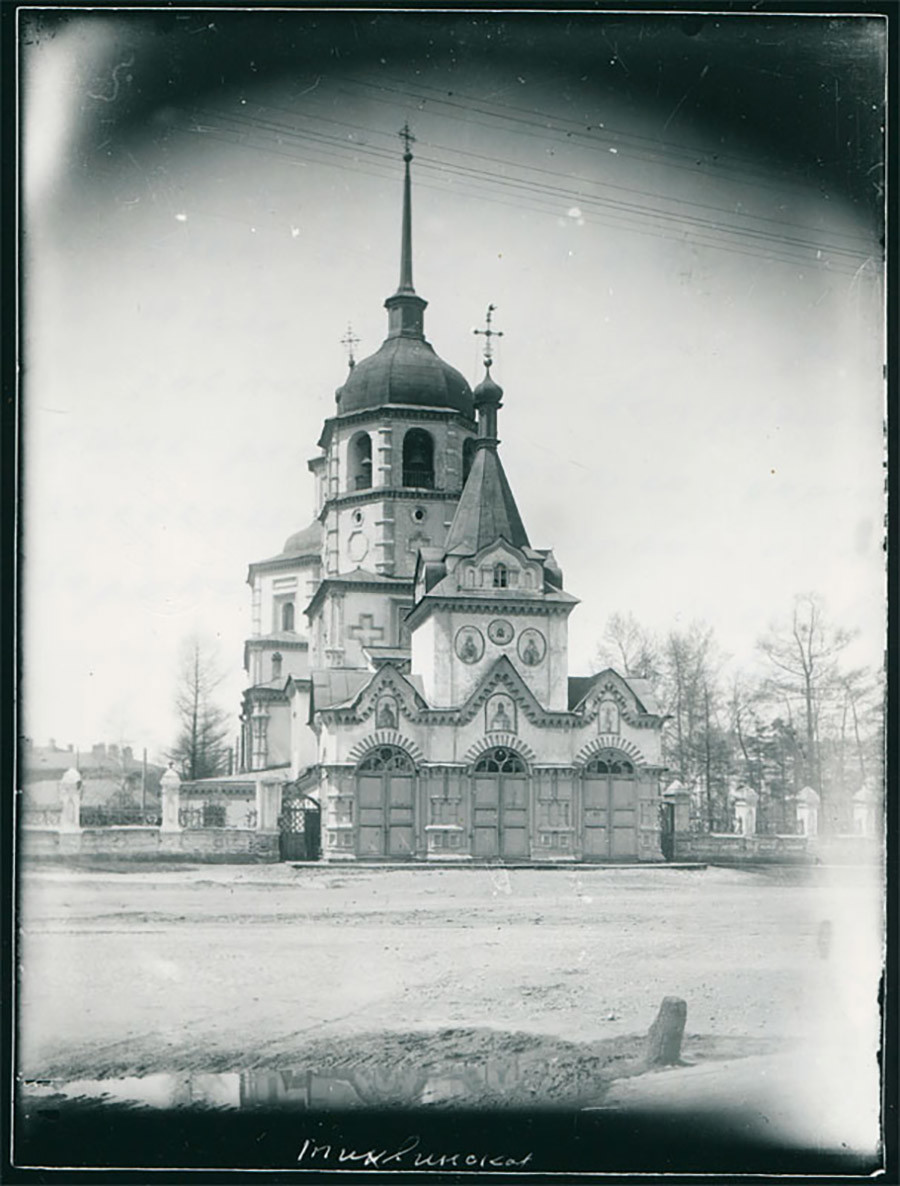 The Tikhvin Icon church in 1910s

It was a vivid example of so-called Siberian baroque, which fancifully combined Russian ornamental design with elements of Eastern and Buddhist origin - multi-tiered arches and even a Wheel of Dharma. The church was closed in the Soviet period and fell into disrepair and, in 1932, was completely demolished.

4. The Shukhov Rotunda in Nizhny Novgorod 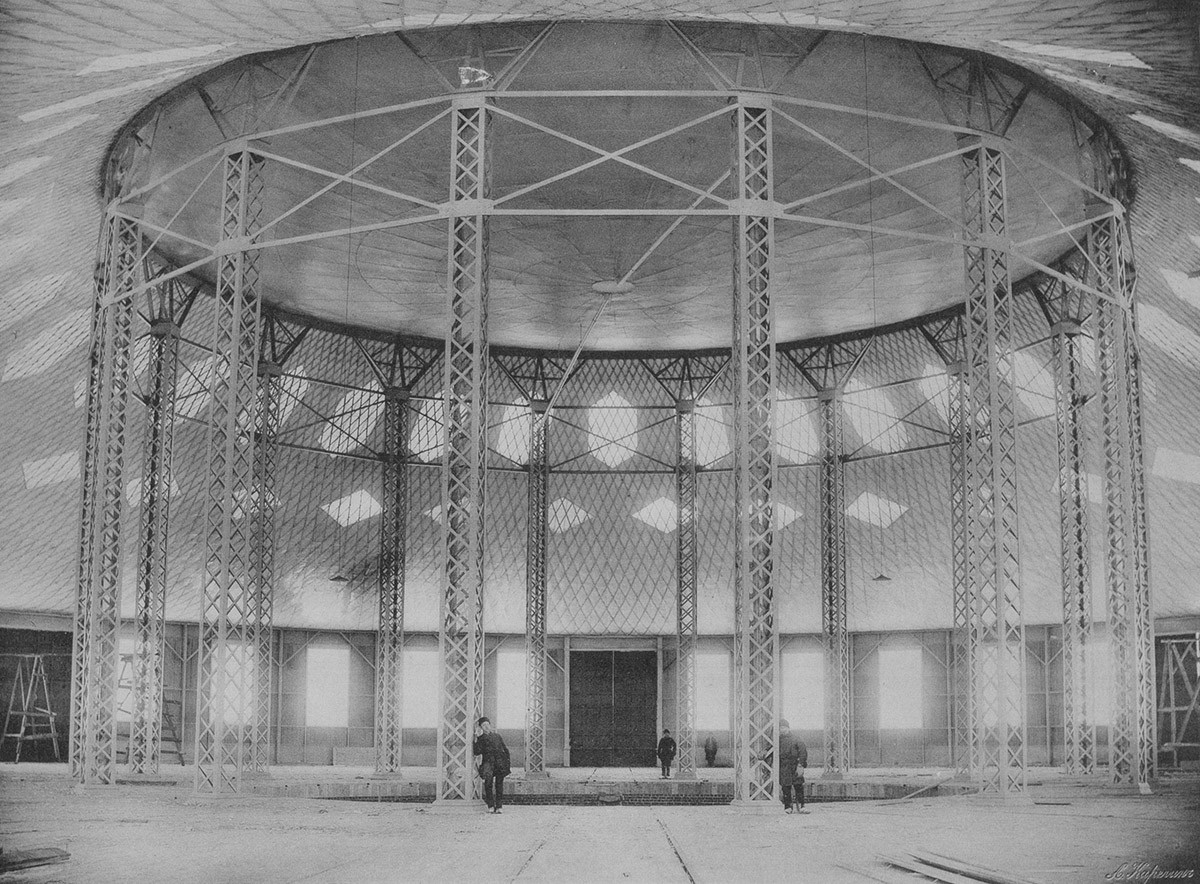 Rotunda, the world's first steel tensile structures, created by Vladimir Shukhov in 1896 for the All-Russia industrial and art exhibition in Nizhny Novgorod

The architect of the famous Shukhov Tower in Moscow was an innovator in the field of metal structures. In 1896, Vladimir Shukhov built a round pavilion with a diameter of 68 meters for the All-Russia Industrial and Art Exhibition. 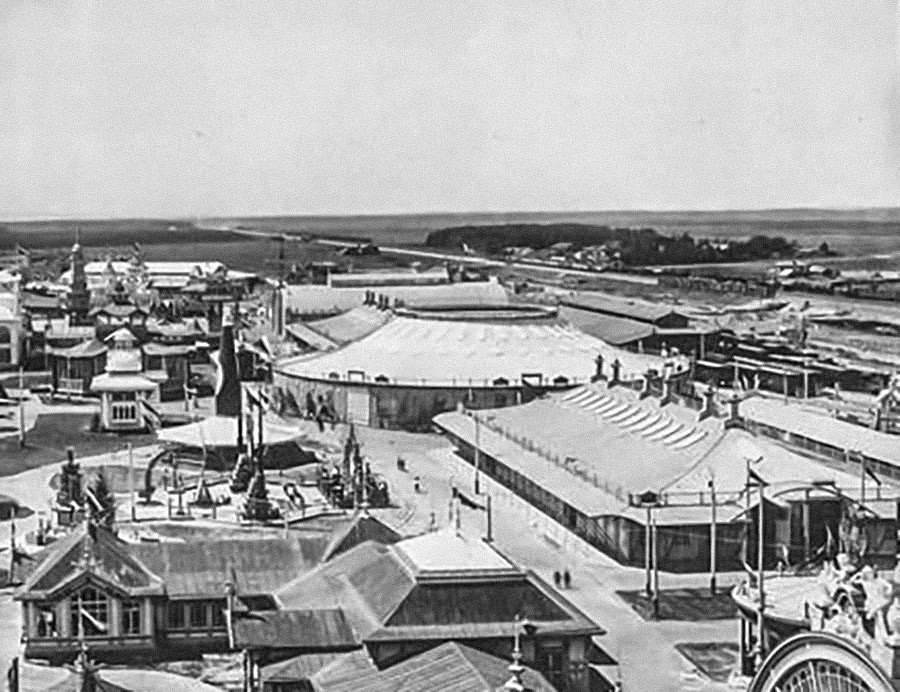 The rotunda was covered by a unique latticed steel shell and, in its central part, it employed the world’s first curved membrane roof. Later in the 20th century, similar structures would be used by architects throughout the world. After the exhibition, the rotunda was moved to the resort town of Yessentuki in the Stavropol Territory, but it ended up being demolished during the Soviet period.

5. The Dormition Church in Kondopoga, Karelia 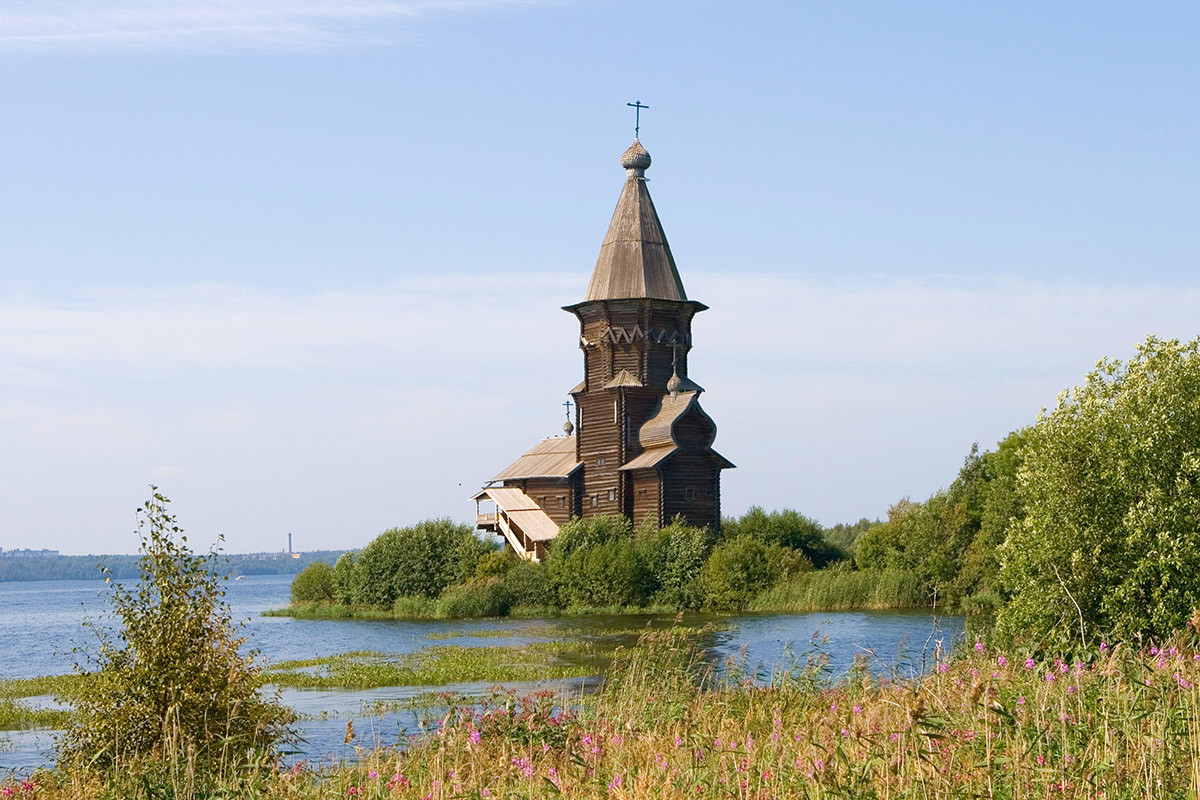 Northern Russia is famous for its wooden architecture, but fires have destroyed the majority of its old churches. Those that survived have been declared UNESCO world heritage sites - they have been restored and carefully preserved. Nevertheless, in summer 2018, Russian architecture enthusiasts were stunned by the tragic news that this unique 18th century church had burnt down. Over the course of three hours, fire almost completely destroyed the architectural masterpiece, which, at 42 meters, had been one of the tallest wooden buildings in Russia. 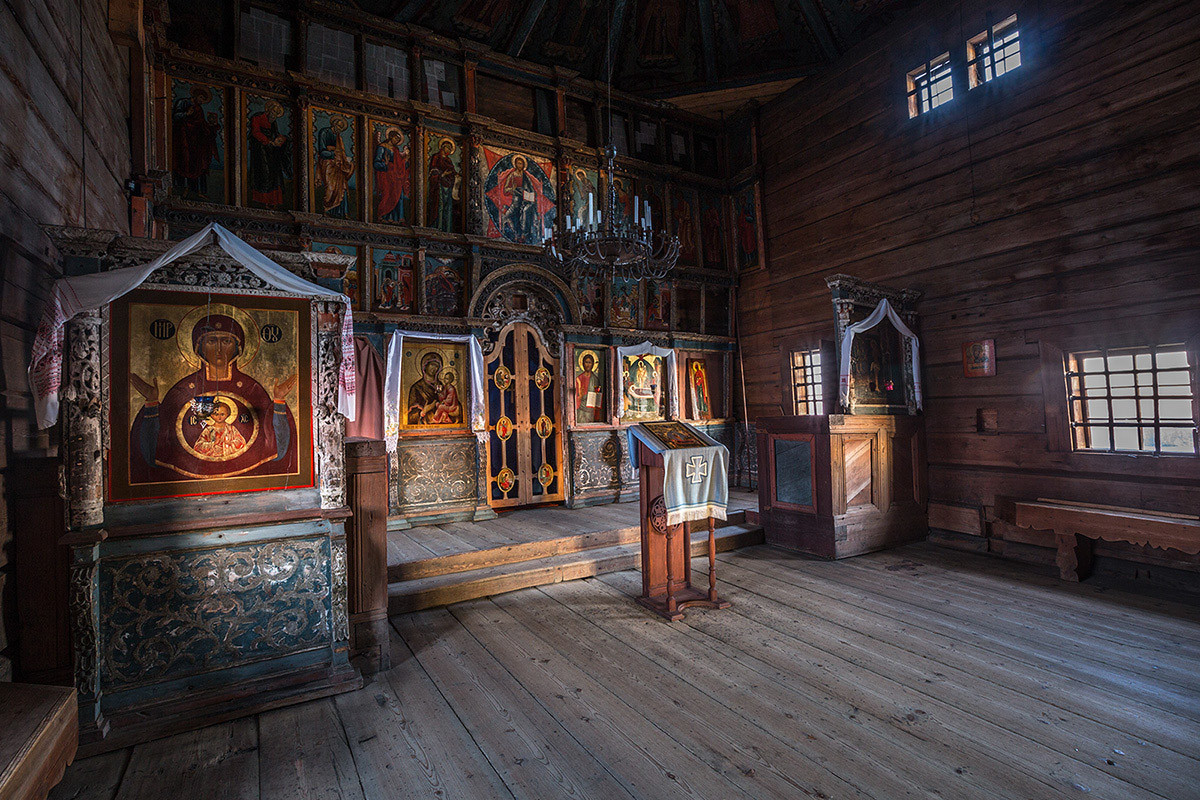 The church's five-tier iconostasis was lost, as well as its ceiling with a unique painted composition titled ‘The Divine Liturgy’. 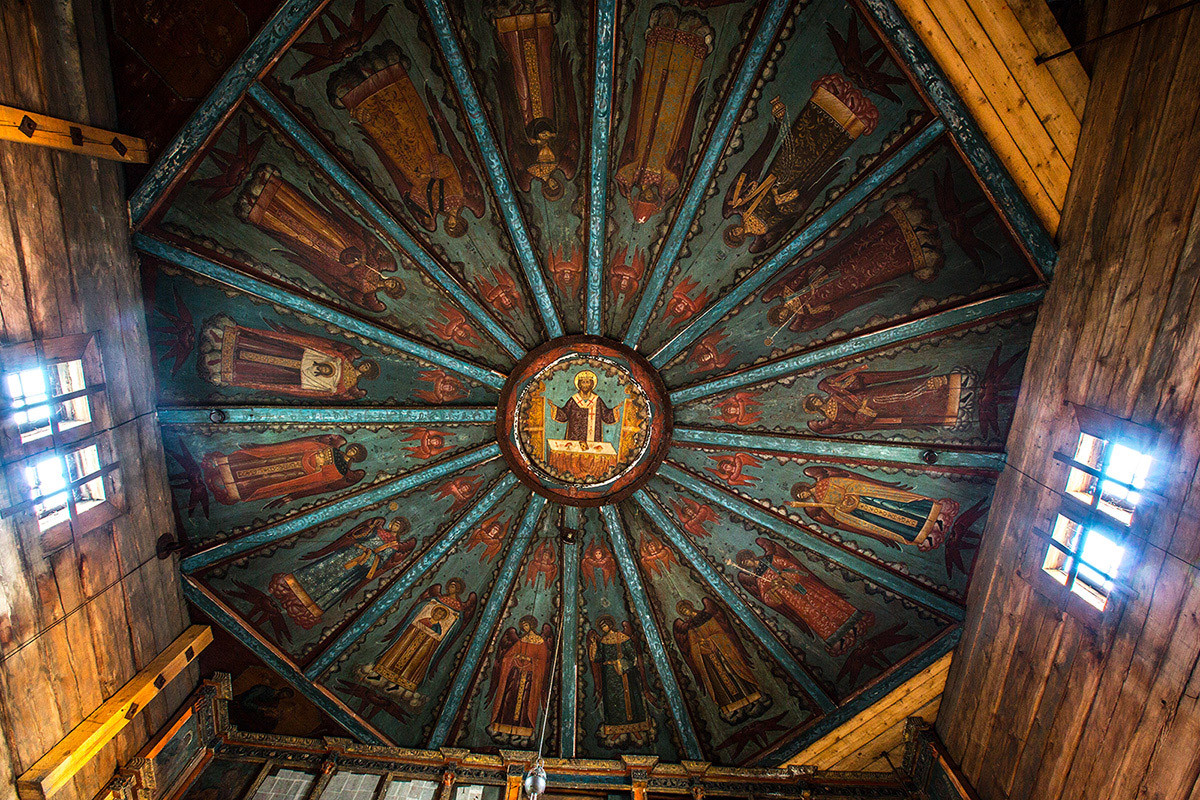 You can read about other wooden masterpieces that have to be seen before it is too late.