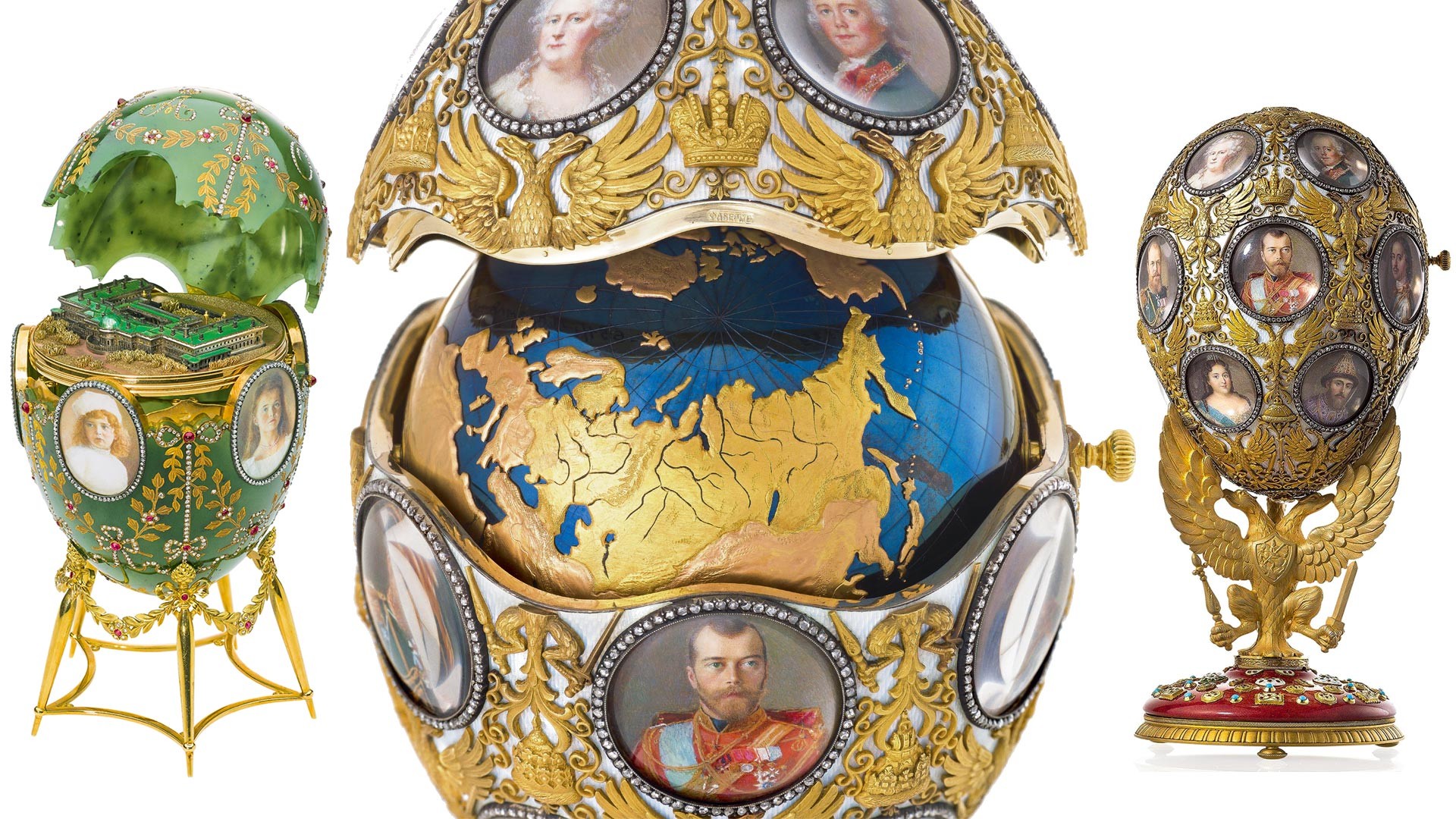 Moscow Kremlin Museums
Goldsmith Carl Fabergé is most famous for the splendid Easter eggs he made for the Russian royal family. However, he did far more jewelry beyond eggs.

Russia’s most famous jeweler Carl Fabergé was renowned in the United Kingdom, too, and, in 1903, he opened the branch of his firm in London. Since then, a big collection of his treasures was held outside Russia and successfully survived the Bolshevik Revolution of 1917. The jewelry that remained in Russia, however, was sold to private collectors across the world. But later, much of it returned to different Russian museums, including the recently opened Fabergé museum in St. Petersburg.

The V&A London’s new exhibition Faberge in London: Romance to Revolution is the first time the museum has mounted a Fabergé exhibition since 1977 (in honor of the Queen’s Silver Jubilee). And the British collection from Her Majesty Queen Elizabeth II, Wartski and other private collections will be joined by Russian guests’ collections - these stunning works below. 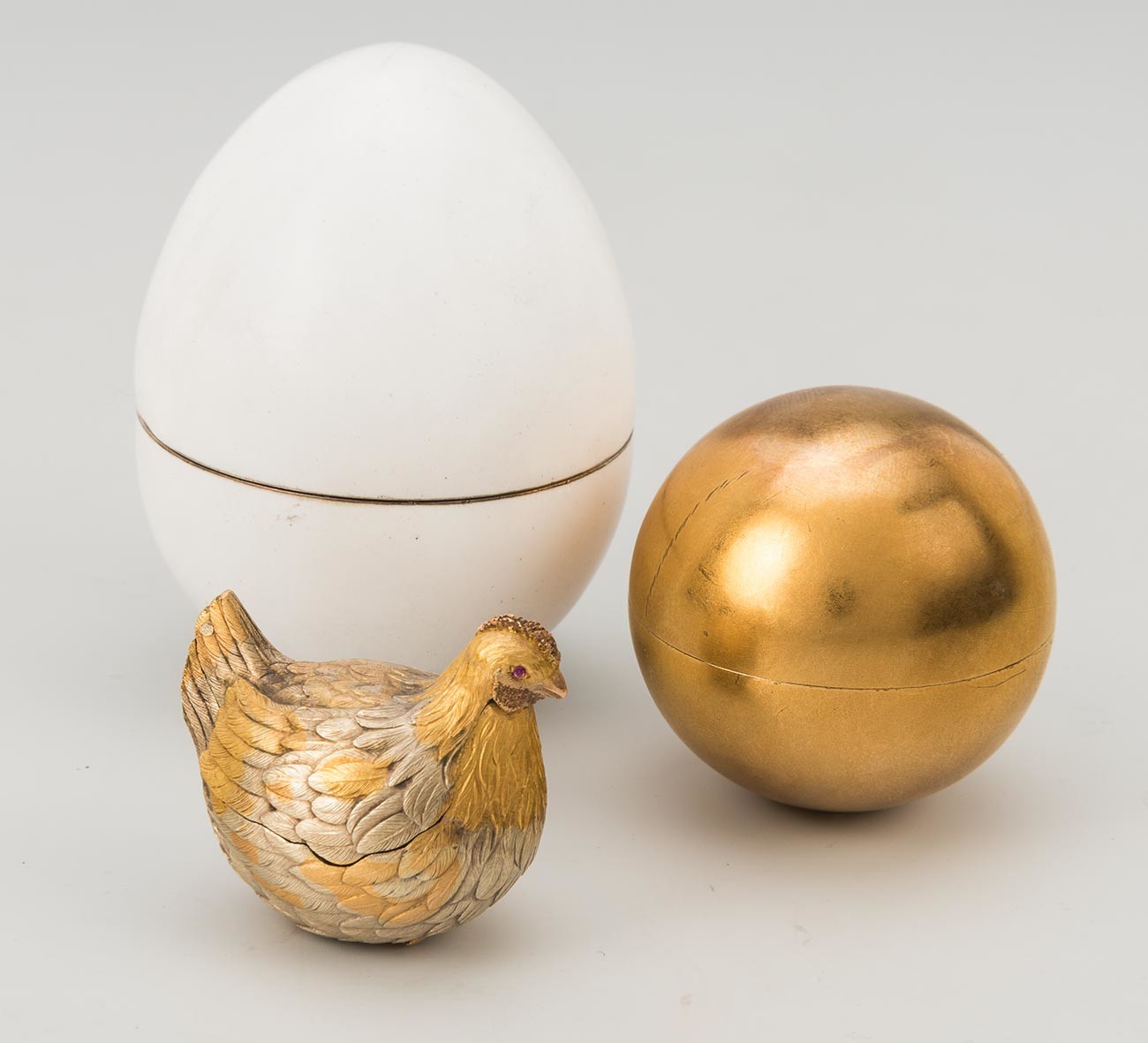 This rather simple golden egg was the first ever Easter egg from the Fabergé firm. Master Erik Kollin completed the idea of matryoshka egg - hen and yolk can be placed inside the egg white. Emperor Alexander III gifted this egg to his wife Maria on Easter and became so excited that ordering a jewelled egg became a tradition for the Russian royal family, and Fabergé masters made another 50 eggs in the following years. 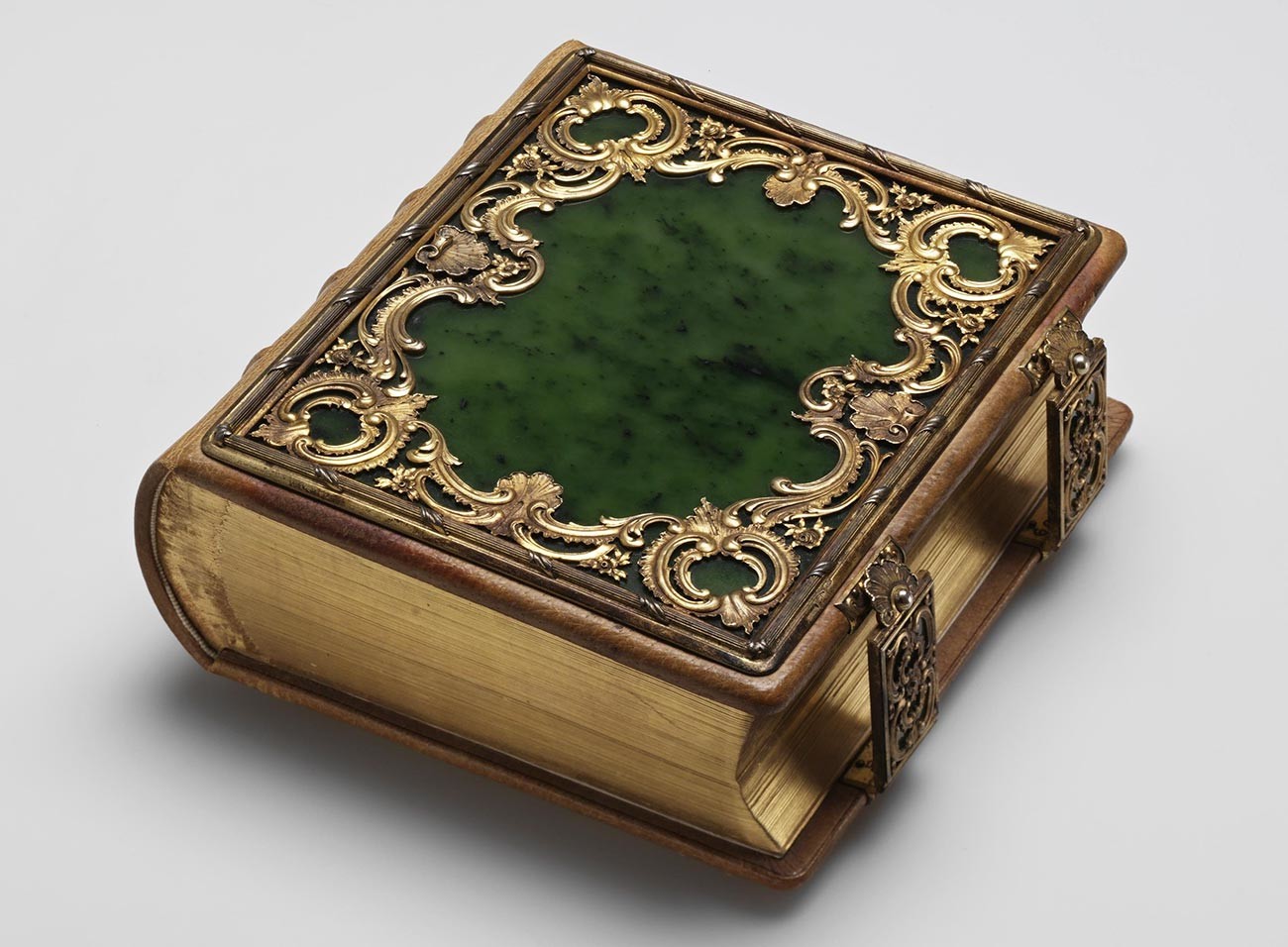 Another Fabergé firm’s master, M. Perkhin, made a jeweled binding for a prayer book that Nicholas II gifted to his wife Alexandra on the day of their coronation. It was a symbolic present, as Alexandra baptized in Orthodoxy to marry the future Russian tsar. 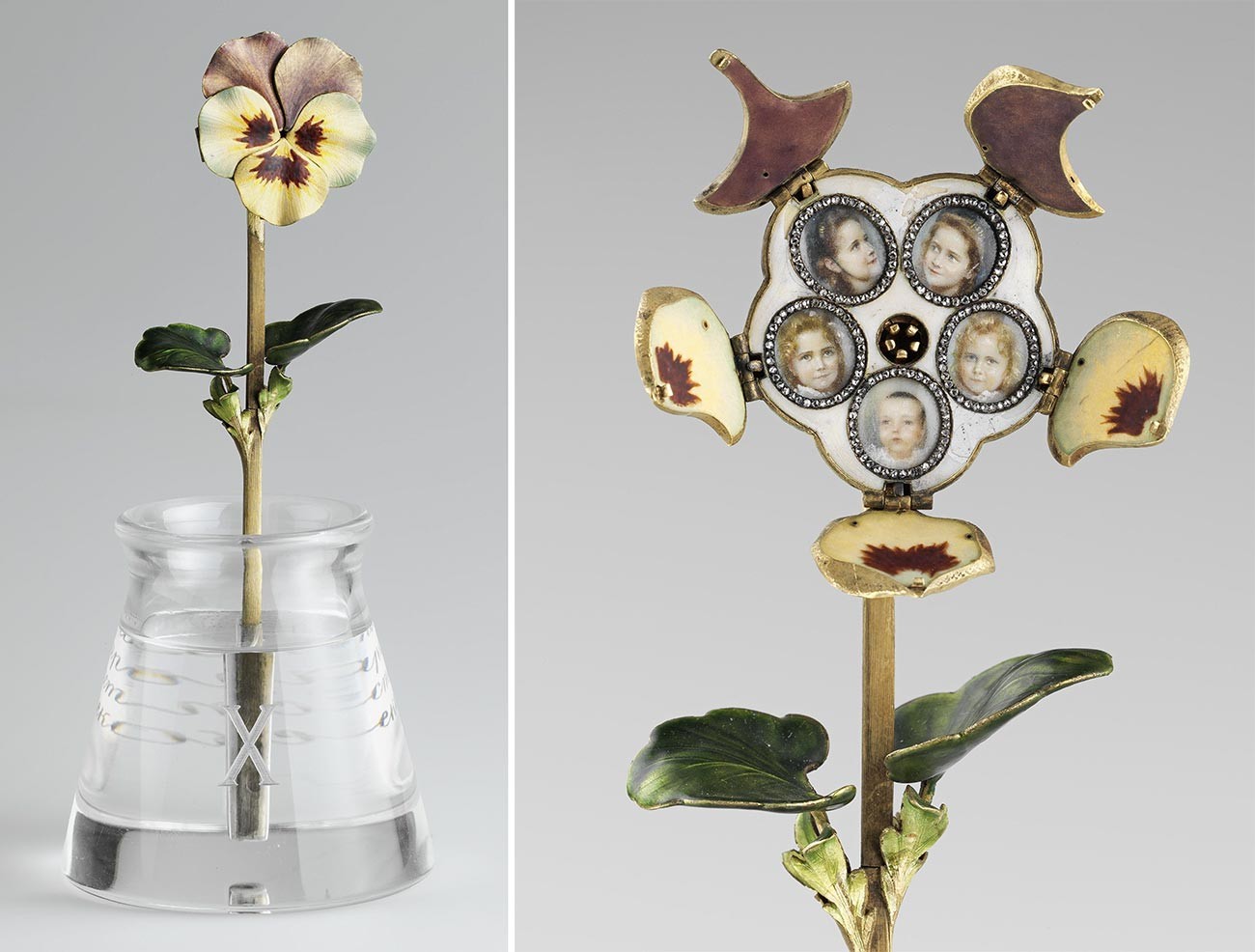 The jewel flower was created by Fabergé firm’s chef master Henrik Wigstrom from gold, diamonds, turquoise, rock crystals and stone. Following the tradition set by his father, Nicholas II gifted this masterpiece to his wife Alexandra at the 10th anniversary of their marriage. Nicholas II smoked a lot and, of course, even a simple cigarette case that belonged to the tsar was a piece of exquisite jewelry. 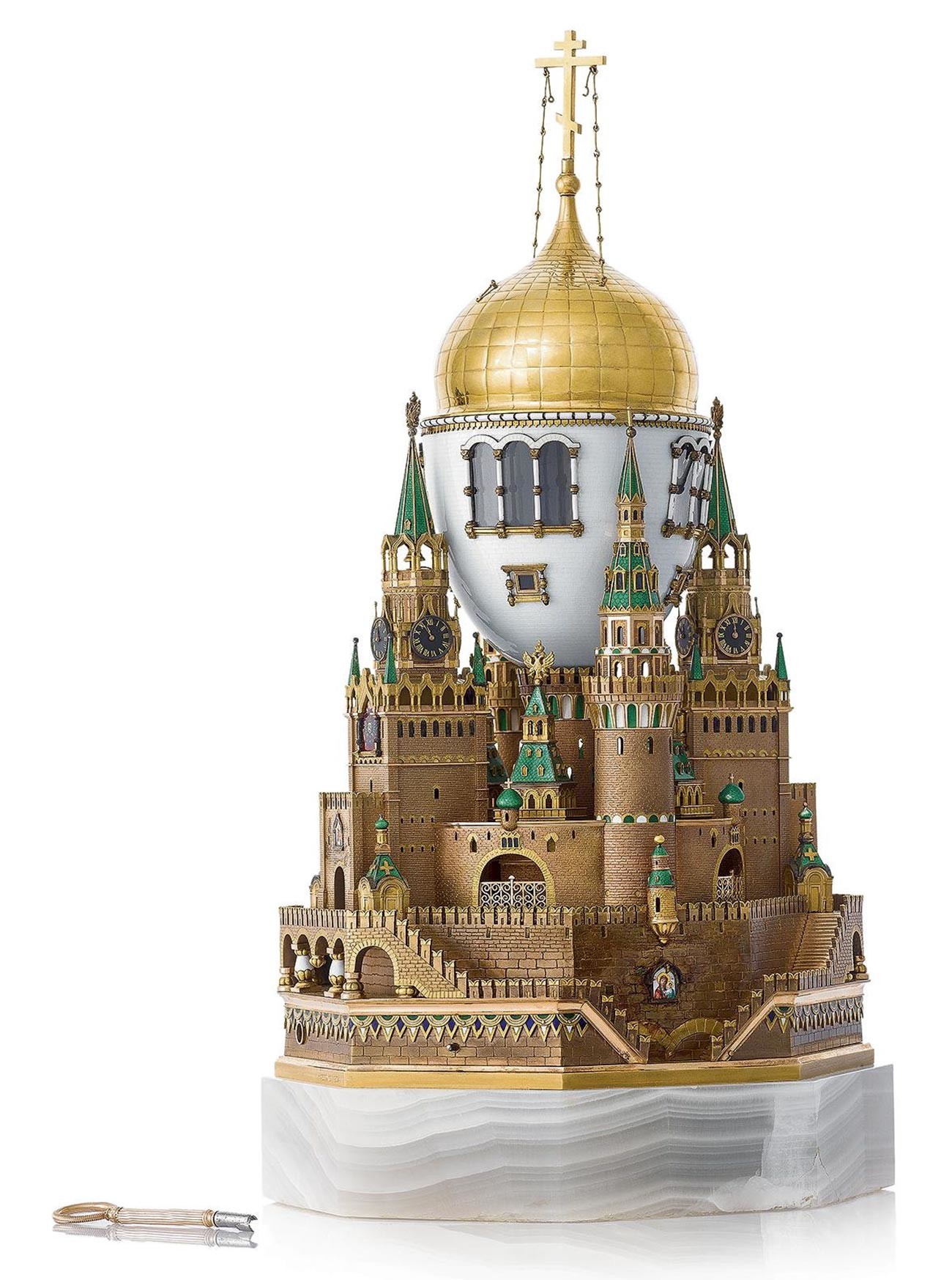 This Easter egg is made of gold, silver, glass, onyx and enamel. It not only has a splendid design, but also works as a real music box. The central white part resembles the Dormition Cathedral of the Kremlin. Another gift of Tsar Nicholas II to his wife. 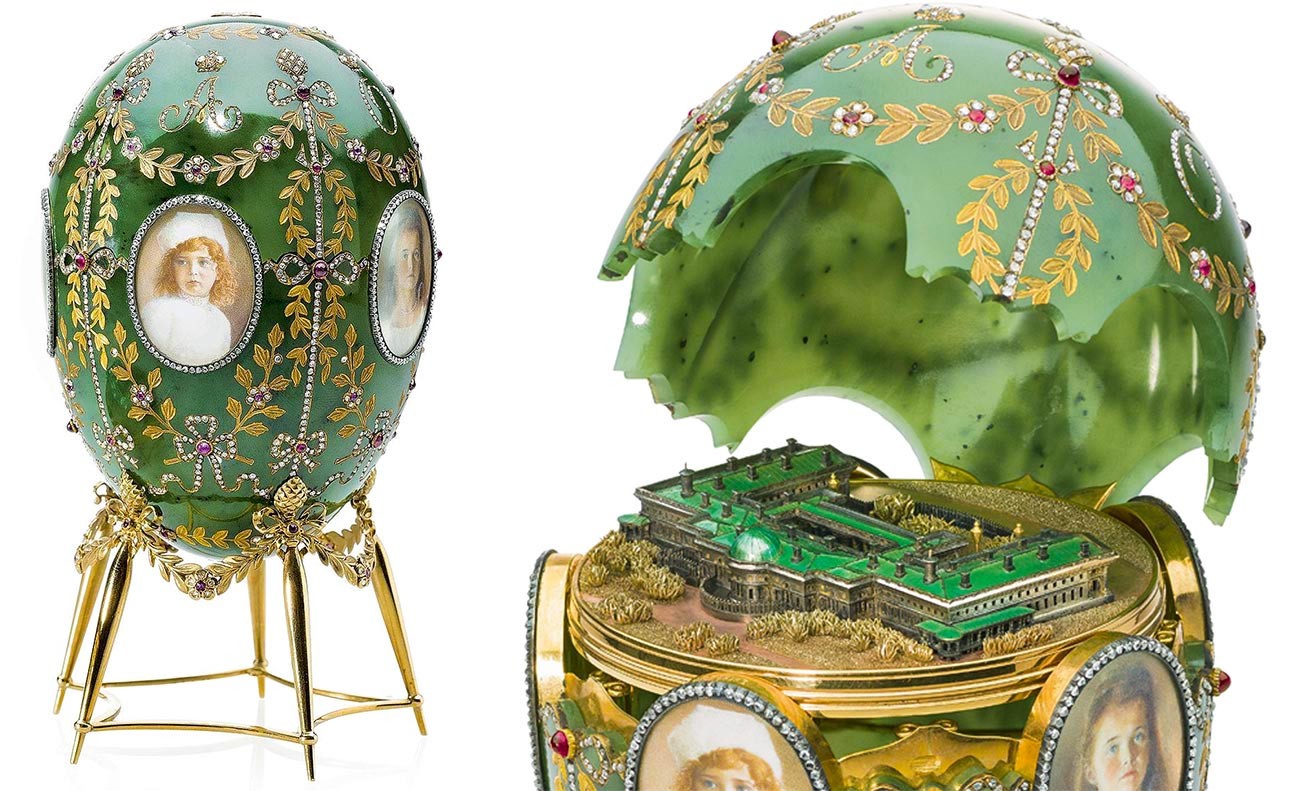 Master Henrik Wigstrom made the egg from nephrite, diamond, ruby and, of course, gold. It was Nicholas II’s order for Easter in 1908. Nicholas II and his wife lived in Alexander Palace in Tsarskoye Selo next to St. Petersburg. And this jewelled egg has a tiny model of the palace inside. 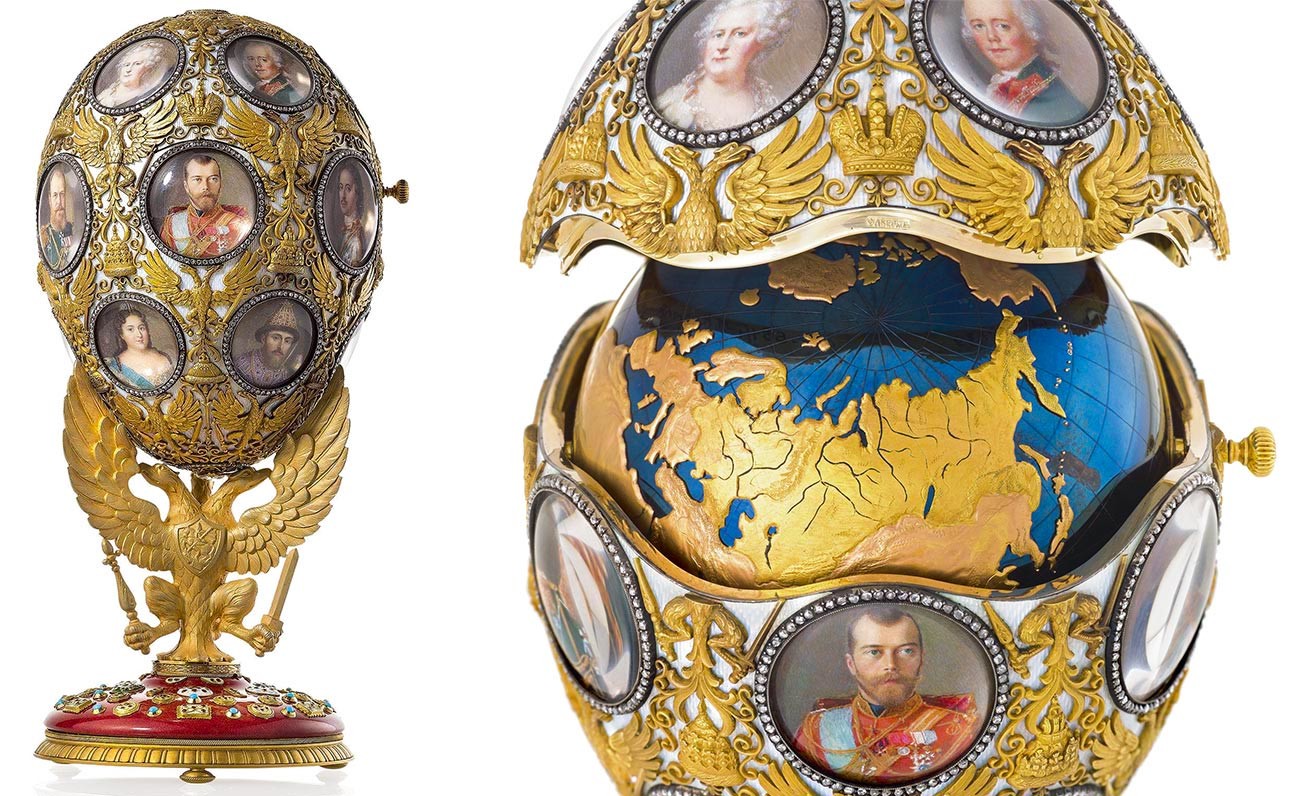 Celebrating the 300th anniversary of the Romanov dynasty on the Russian throne, in 1913, Nicholas II gifted Alexandra this Easter egg. The jewel features portraits of 18 rulers: from Michael, the first of the Romanov dynasty, to Nicholas II himself, who later would tragically turn out to be the last tsar of the dynasty. The egg made by Henrik Wigstrom and Vasily Zuyev is perched on the symbol of the Russian Empire - the double headed eagle.