How the British royal family is related to the Romanovs 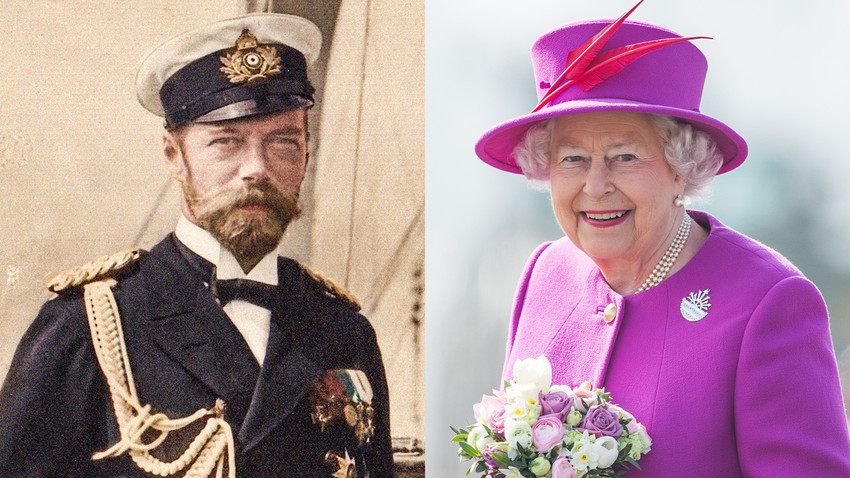 Getty Images
Nicholas II was married to Alexandra Fedorovna, Queen Victoria’s granddaughter, but not only that. We take a closer look at the Windsor-Romanov relations.

In 1917, the British king George V (1865-1936) decided to break relations with his two cousins, German Emperor Wilhelm II (1859-1941) and Russian Emperor Nicholas II (1868-1918). After Nicholas II, George V’s first cousin, was overthrown from the Russian throne during the Revolution of 1917, the British Government offered Nicholas II and his family political asylum – but George V opposed this decision, seeing the Romanovs’ presence in his country inappropriate. 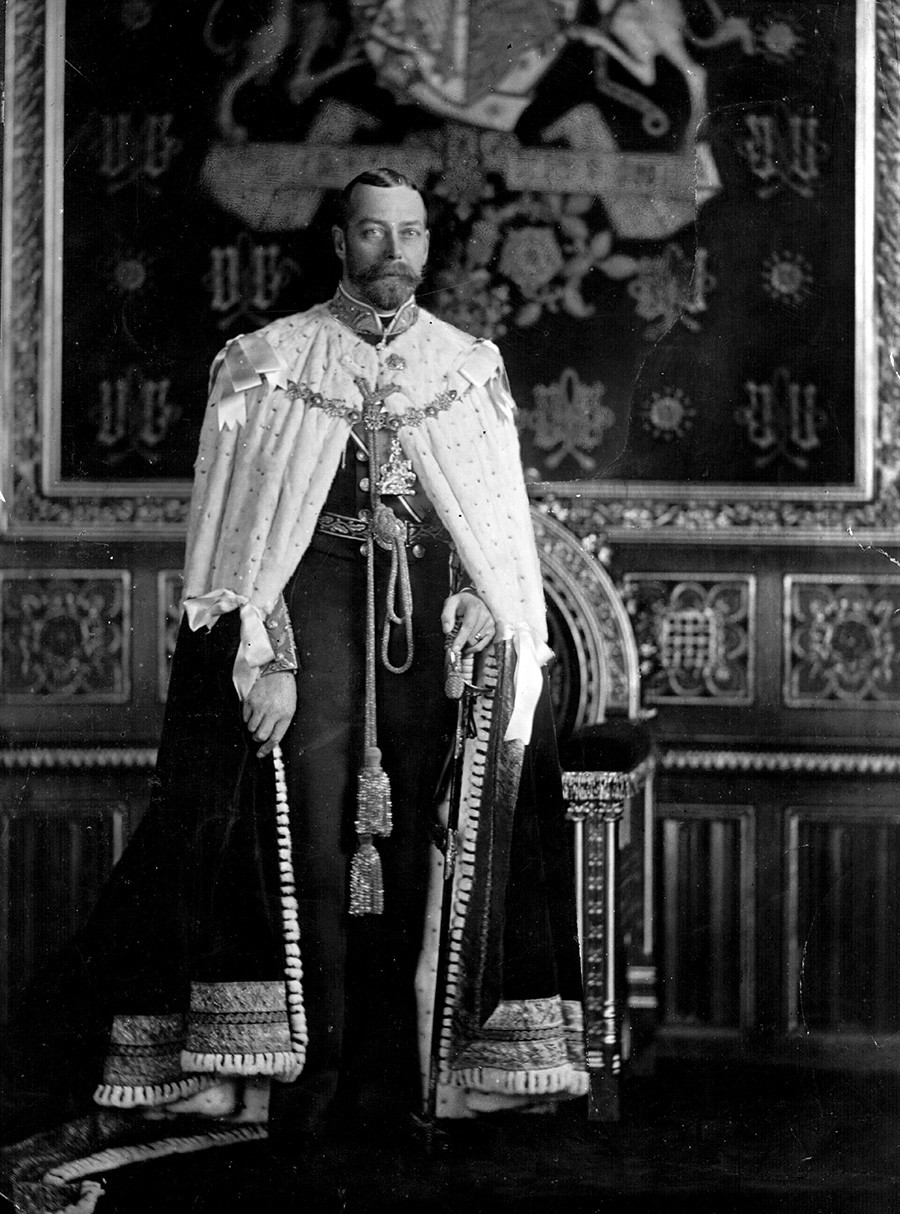 After Nicholas and his family were killed by the Bolsheviks, George V wrote in his diary: “It was a foul murder. I was devoted to Nicky, who was the kindest of men and thorough gentleman: loved his country and people.”

However, only two years later, a British battleship was sent to Crimea to rescue the 72-year-old Maria Feodorovna (1847-1928), Nicholas II’s mother and, at the same time, George V’s aunt.

The House of Saxe-Coburg and Gotha and the Romanovs 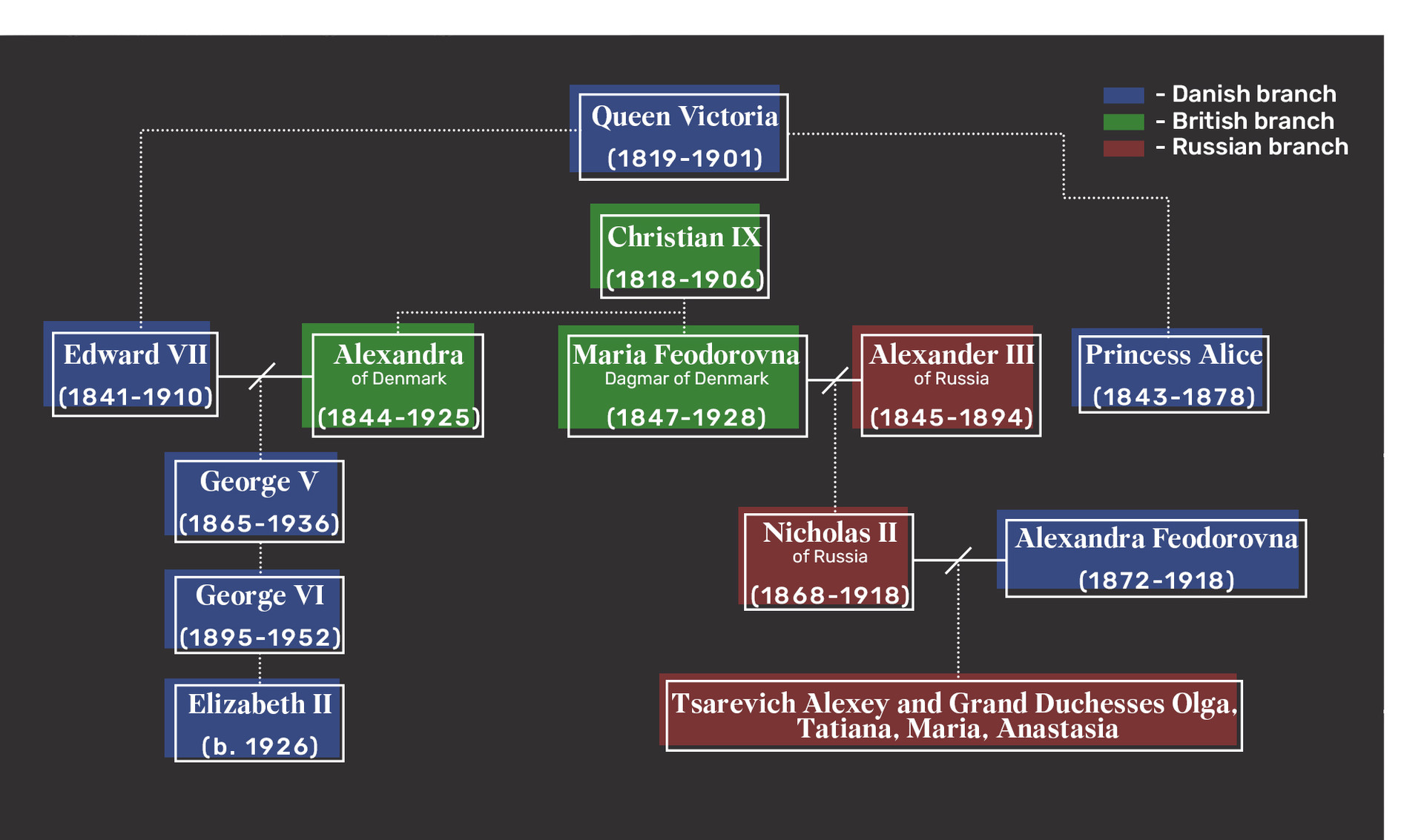 But on July 17, 1917, during the days of World War I, George V changed the name of the British royal house from the German-sounding House of Saxe-Coburg and Gotha to the House of Windsor. This was inspired by the whole anti-German sentiment in the United Kingdom during World War I. Accordingly, the German titles of all king’s relatives were relinquished – instead, George V created his male relatives British equivalents.

House of Saxe-Coburg and Gotha and the last Romanovs are related through 2 people. 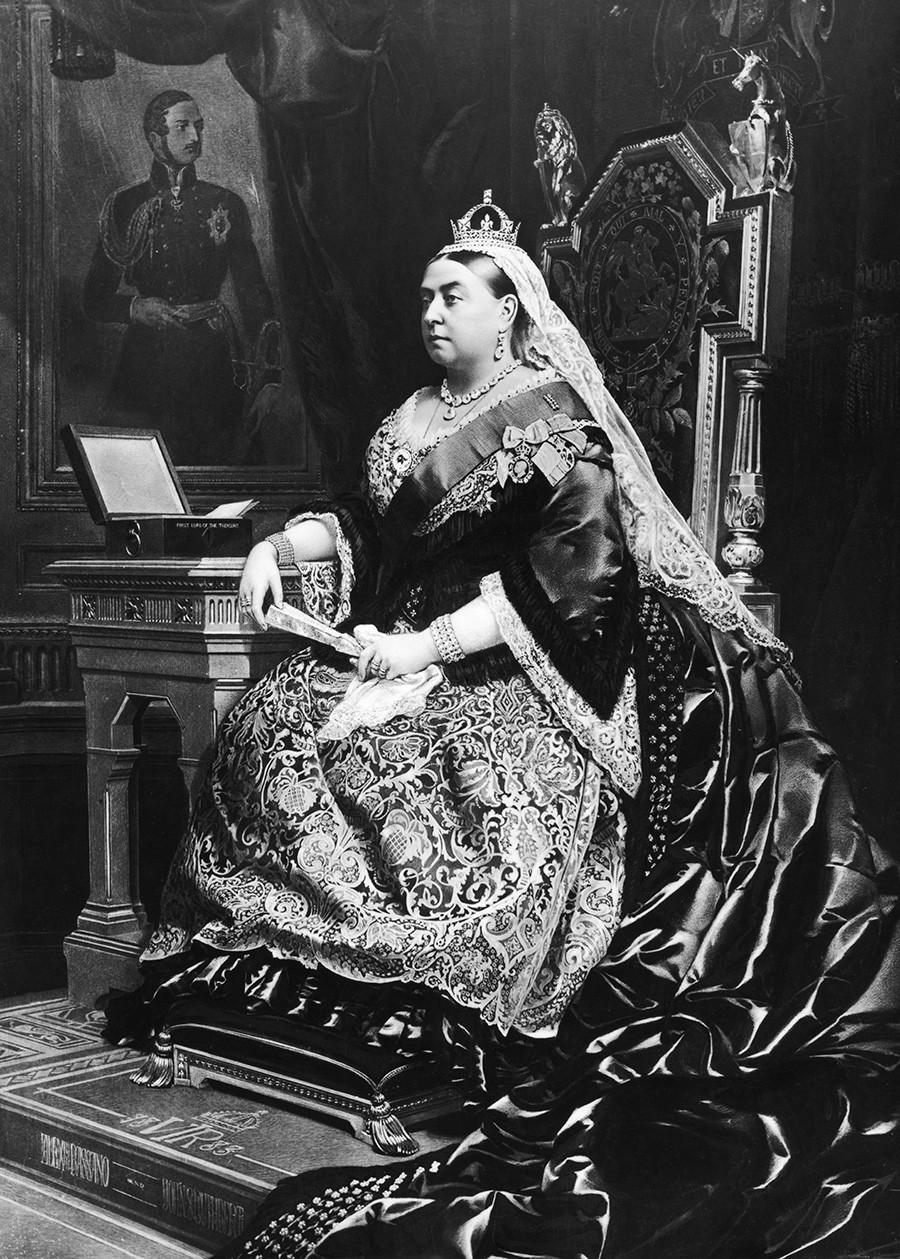 An 1883 painting of Queen Victoria (1819 - 1901), taken from an 1882 photograph by Alexander Bassano. Behind the queen is a portrait of her deceased consort, Prince Albert, by German artist Franz Xaver Winterhalter 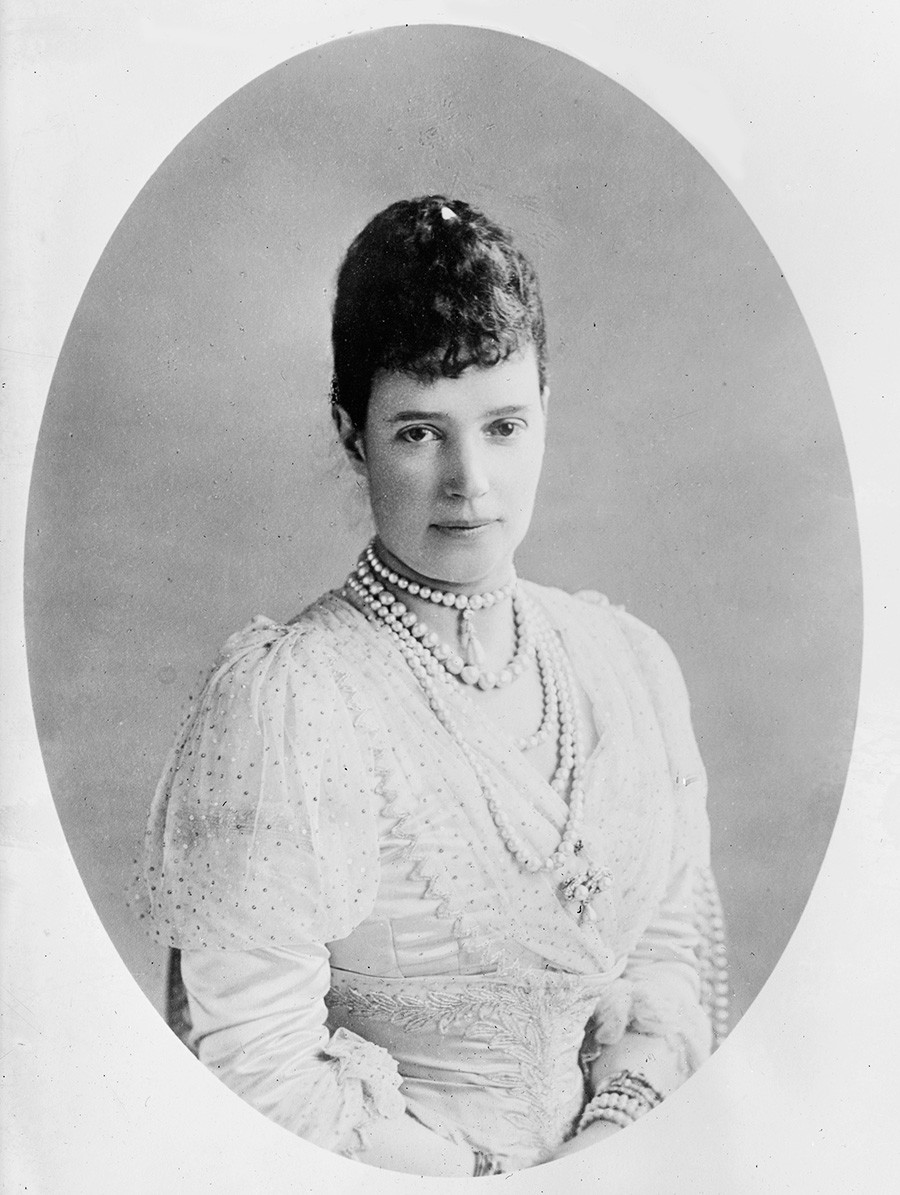 The second, the aforementioned Maria Fedorovna, Nicholas’s mother and the wife of Alexander III of Russia, was the sister of Alexandra of Denmark (1844-1925), mother of George V. Their father was Christian IX of Denmark (1818-1906) – grandfather of both Nicholas II and George V.

The House of Saxe-Coburg-Saalfeld and the Romanovs 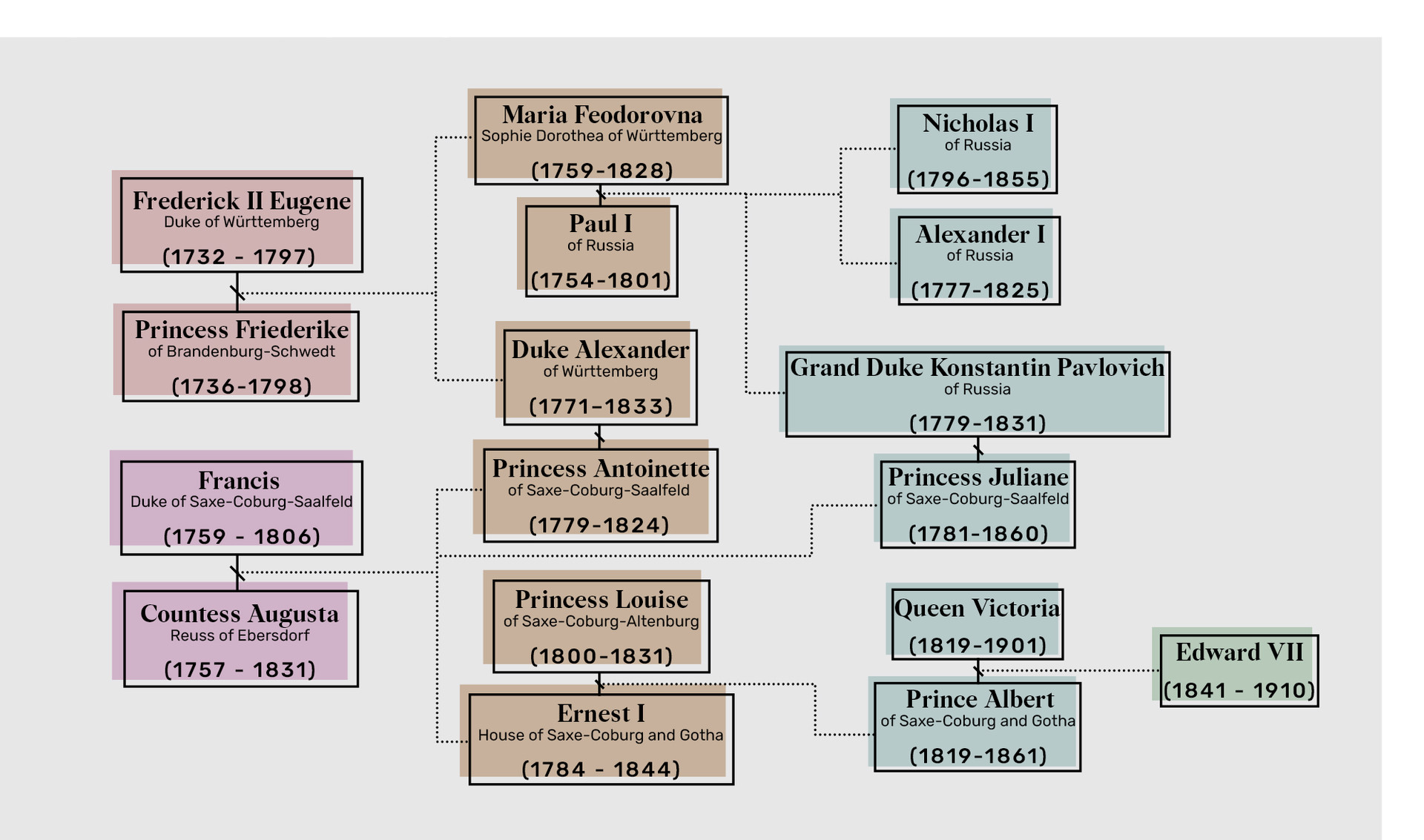 The marriage of Anna Feodorovna and Konstantin Pavlovich was short-lived and bore no children. Through this marriage, however, Leopold (1790-1865), Anna Feodorovna’s brother and the future King of Belgium, had the chance to serve in the Russian army. 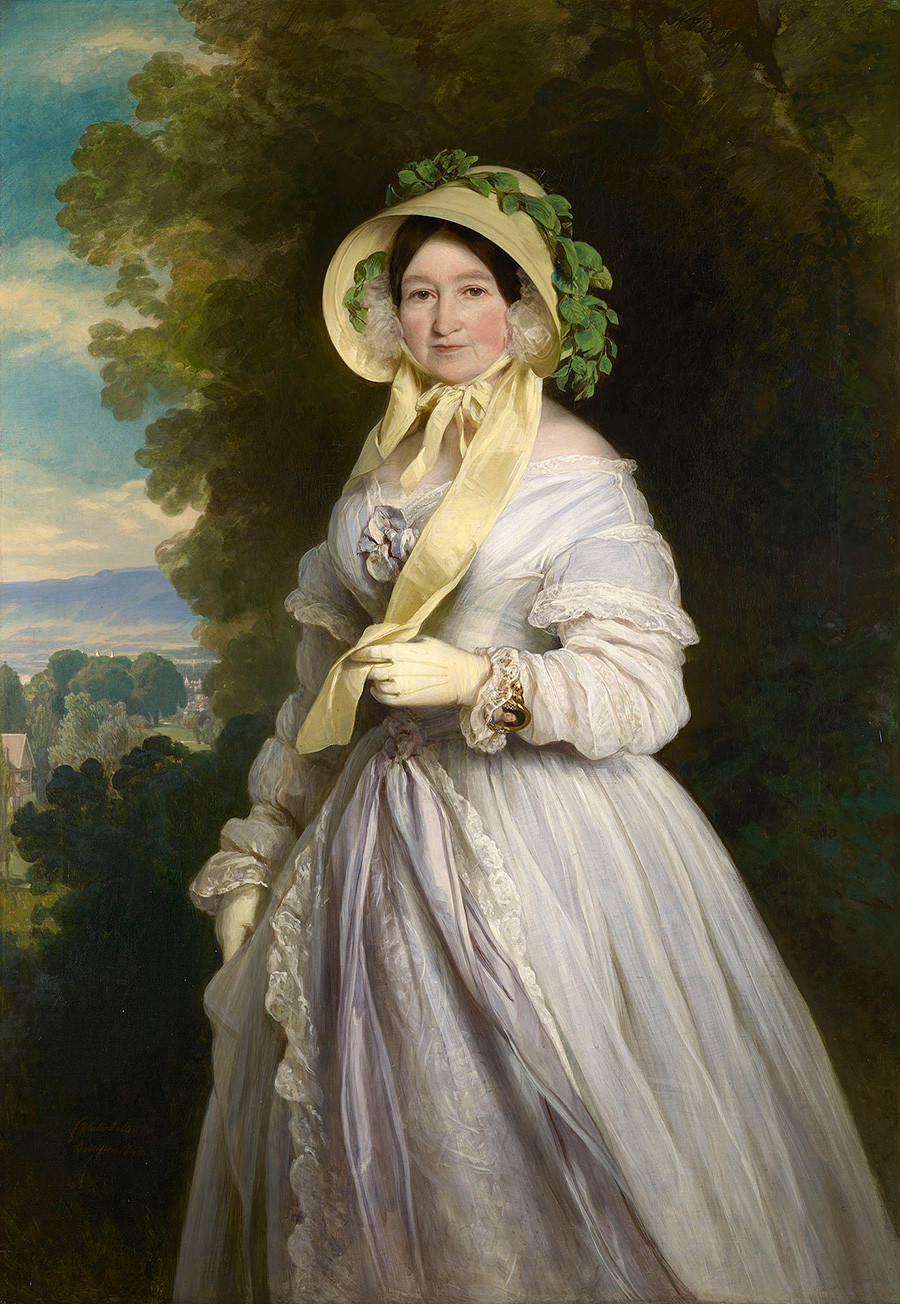 The Royal Collection of the United Kingdom