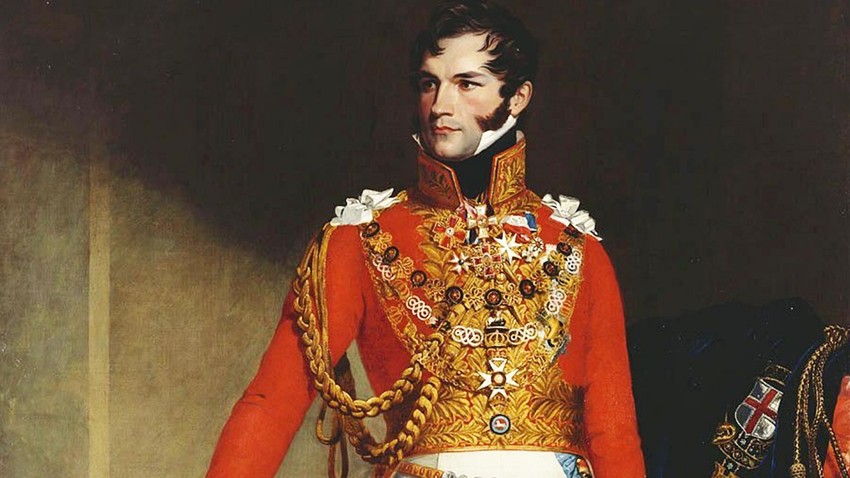 George Dawe
This story reminds us how closely the European dynasties were intertwined with the Russian Imperial family.

Leopold George Christian Frederick of Saxe-Coburg, who later became King Leopold I of Belgium, became a sub-colonel in the Russian Imperial Guard at just 8 years of age and a general at 12. How could this be possible? It all started with a coincidence, namely, an illness that some Russian general caught. Let’s get things straight.

Leopold came to Russia with his older sister, Juliane, who was chosen to become the wife of Grand Duke Constantine Pavlovich of Russia. 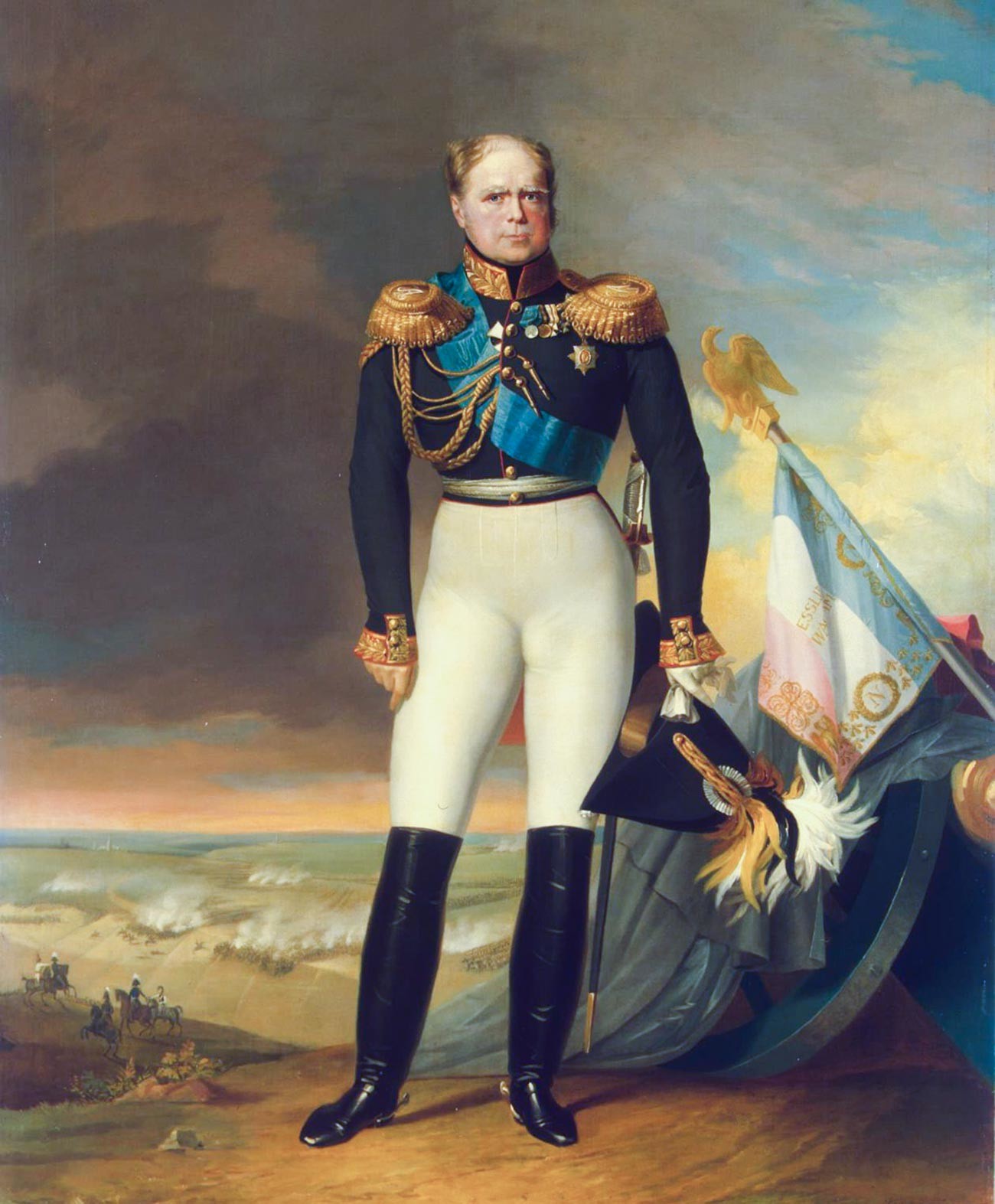 In 1795, Budberg embarked on a journey to Europe, to find a bride for Constantine (Alexander was already married in 1793 to Louise Marie Auguste von Baden (1779-1826). Somewhere during his journey, Budberg fell ill and had to stop in the town of Coburg, the capital of the Duchy of Saxe-Coburg-Saalfeld. Through his friend, a prominent local doctor, Budberg learned about the daughters of Francis, Duke of Saxe-Coburg-Saalfeld, Juliane, Sophie, and Antoinette. Budberg wrote to Catherine that he found very educated, gentle and beautiful German princesses for 15 year-old Constantine, and one of them could become his future wife.

After gathering some information, Catherine approved of Budberg’s choice. The princesses belonged to the House of Wettin, a respected family of Thuringian dukes. (Their father, Francis, eventually became the grandfather of Queen Victoria of England). 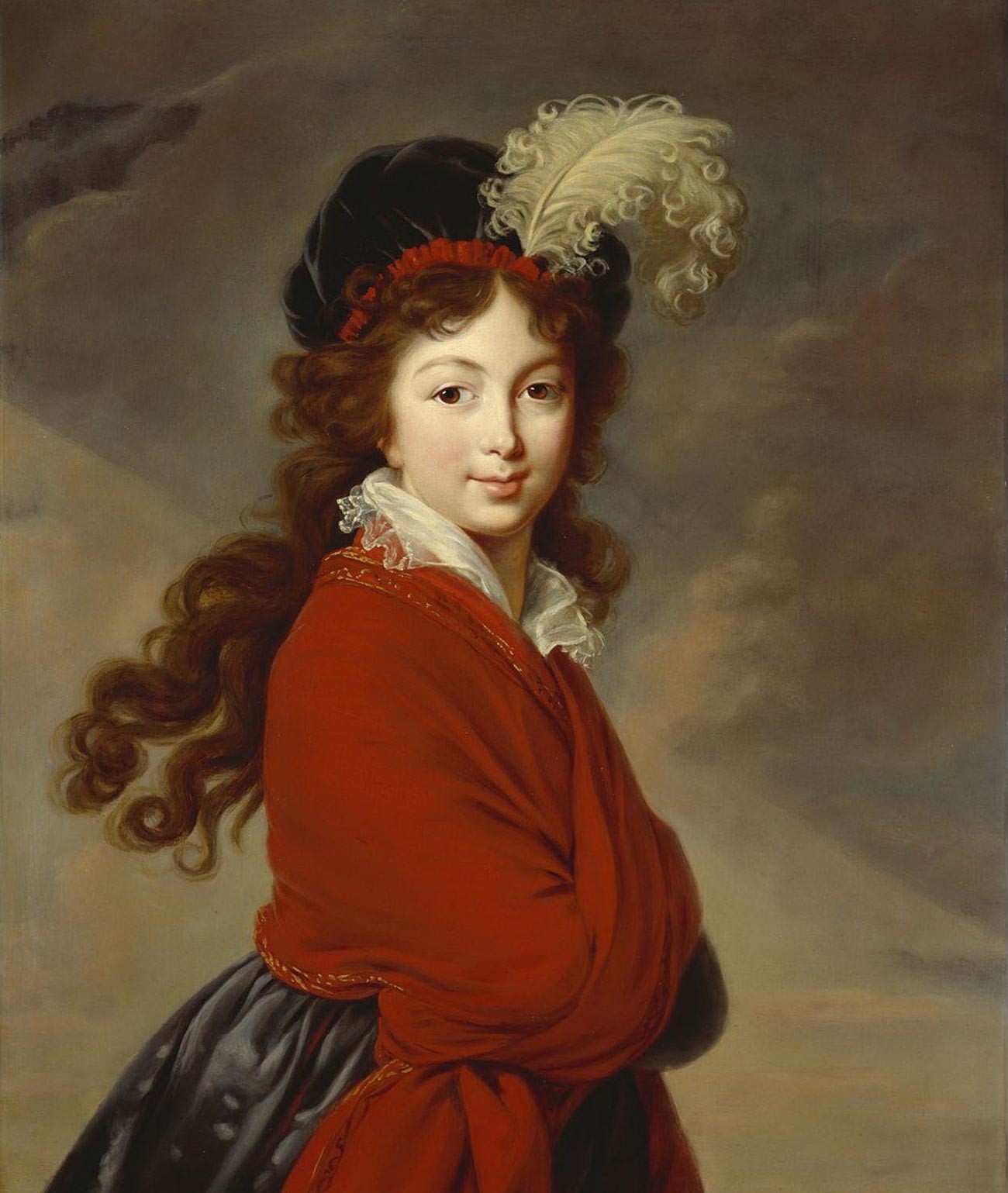 Catherine invited the princesses with their mother, Augusta Reuss of Ebersdorf, to St. Petersburg. Constantine had to make his choice, although he probably didn’t want to marry. Constantine chose Juliane, who was christened into Russian Orthodox faith and adopted the name of Anna Fedorovna. On February 15, 1796, she became Constantine’s wife. With her, her younger brother Leopold came to Russia and entered the Russian Imperial Guard. 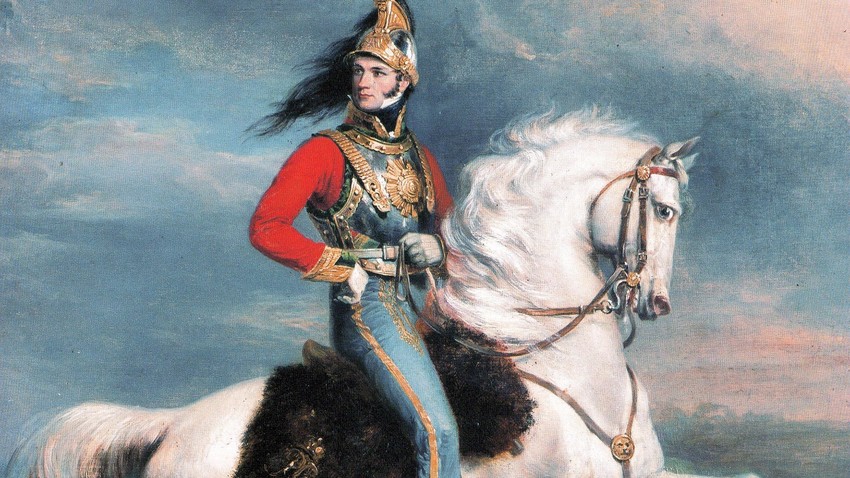 There is no clear information on when exactly Leopold entered Russian service, but in 1799, at 8 years of age, he was listed as a sub-colonel in the Izmailovsky Imperial Guard regiment. Apparently, he entered the service earlier, in the rank of major or captain, and was duly ‘promoted’ to sub-colonel. In 1801, he was transferred to the Imperial Guards' Horse Regiment as a colonel, and in 1803, at 12, became a Major General. Under Russian service, Leopold learned to speak Russian fluently. The future King of Belgium was present in the suite of Emperor Alexander I at Austerlitz in 1805. 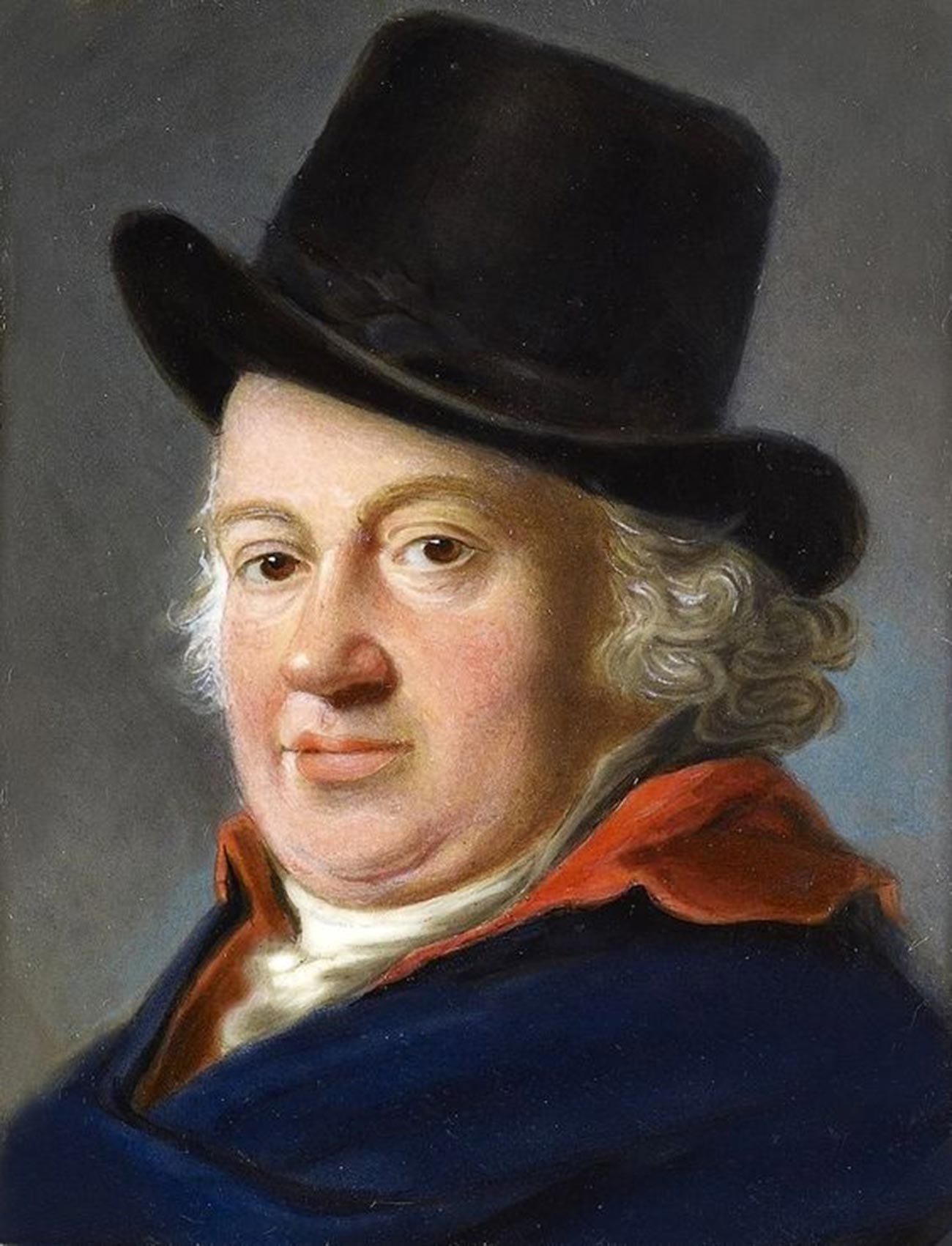 Next year, 1806, found Leopold in his home Duchy of Saxe-Coburg with his father, and they both were captured by Napoleon’s general Jean-Pierre Augereau, who also confiscated the Saxe-Coburgs’ treasures – the dynasty was subdued by Napoleon. Leopold, as a royal, wasn’t held prisoner – he continued his Russian service and took part in the wars against Napoleon, but in 1809, Napoleon demanded him to leave Russian service. 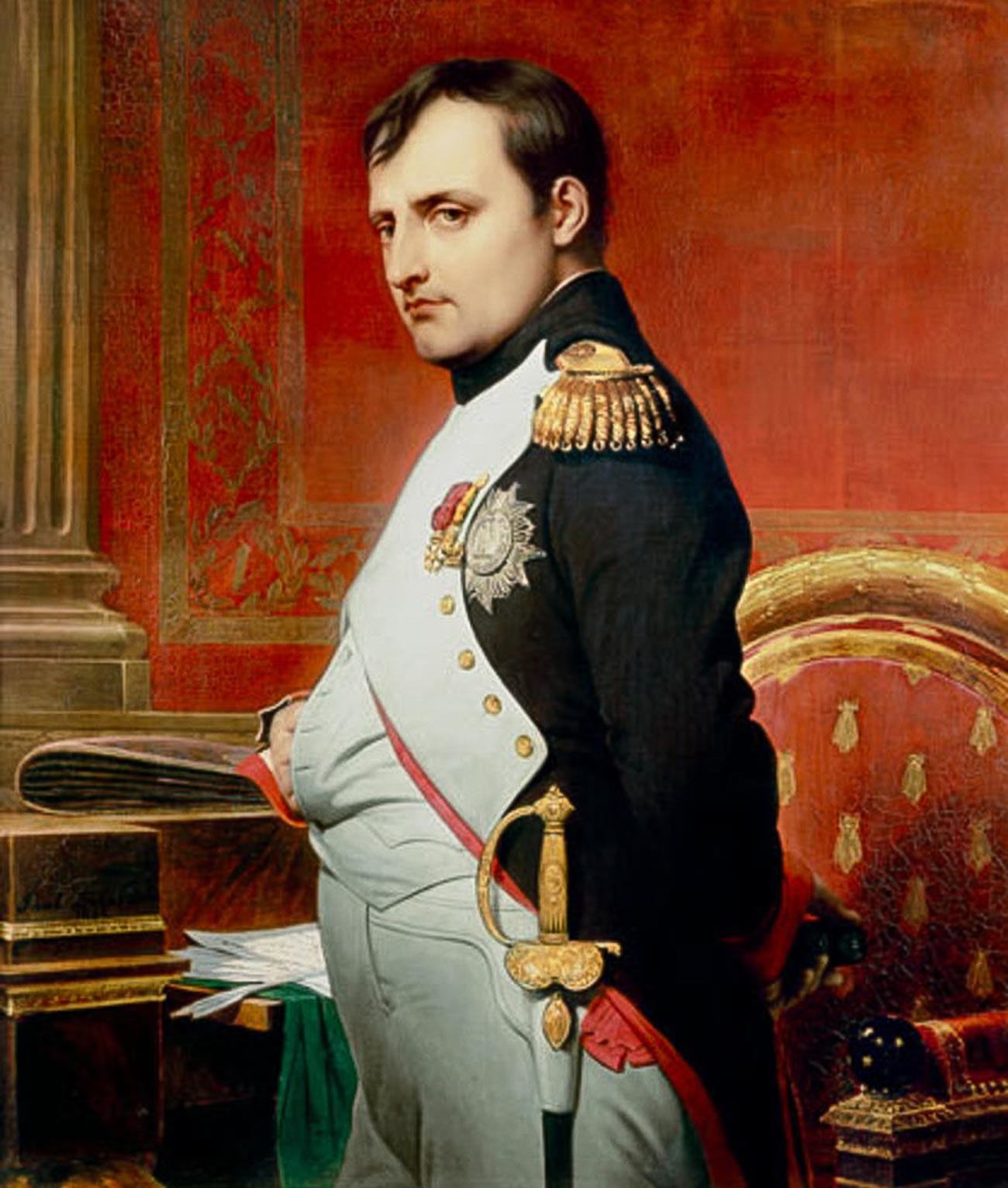 After that, Leopold spent some time in Paris at Napoleon’s court. This is how international relations were like in the 18th-19th centuries: between persons of royal origin and status, certain rules of behaviour were applied, which allowed such persons to move between warring states and serve them at their will. If Napoleon dared to factually imprison Leopold, Bonaparte’s reputation would suffer deeply. Leopold was once even praised by Napoleon as “the most handsome young man he’d ever seen”, but Leopold was obviously humiliated by Bonaparte – he lost his inheritance and his duchy. In 1813, after Napoleon lost the war with Russia, Leopold re-entered the Russian military and was awarded the Order of St. George 4th class “for military prowess in the battles against the French,” which proves undeniably that Leopold took part in real military action, because the Order of St. George in the Russian army was awarded solely to officers who personally engaged in battles. 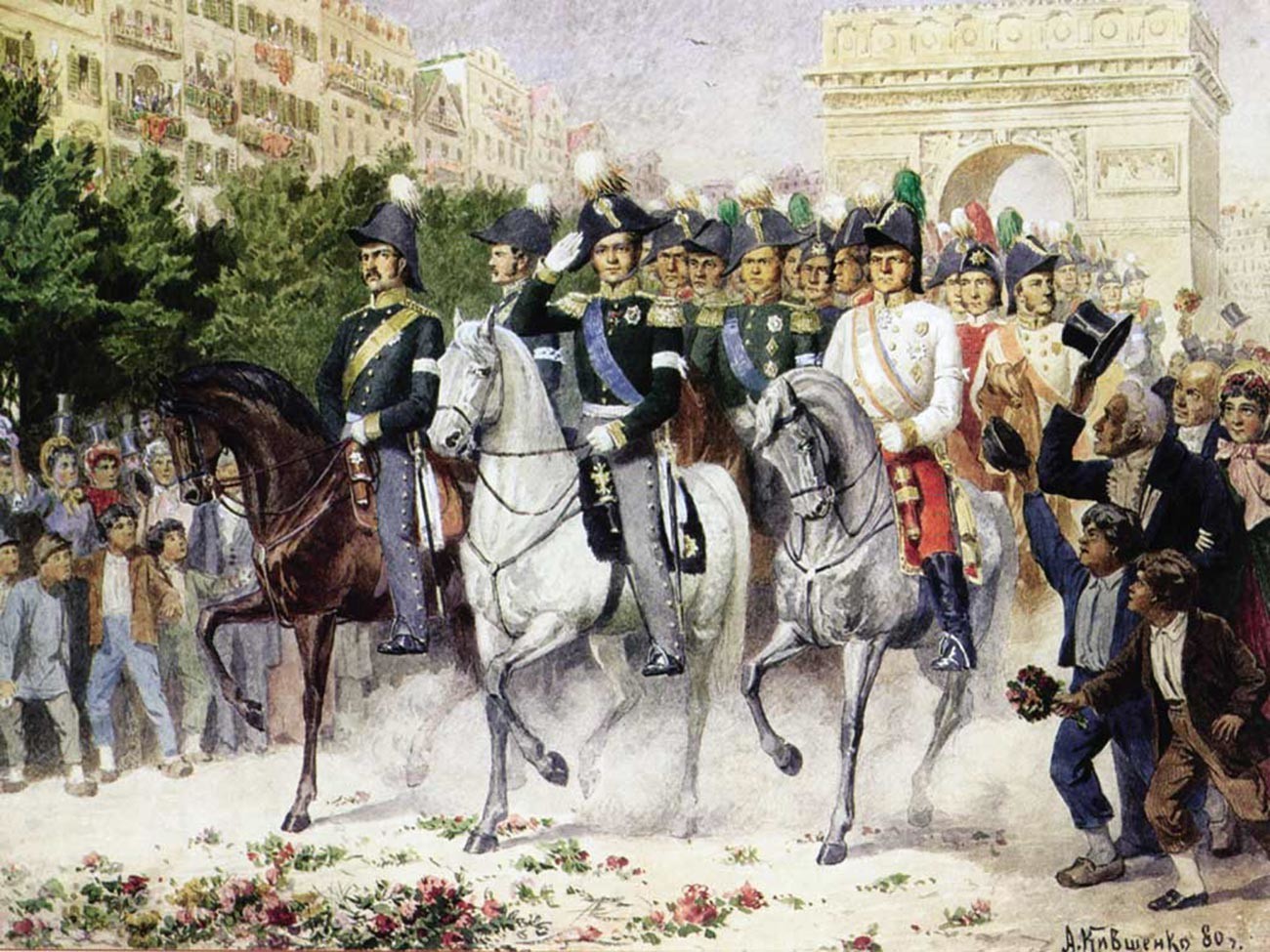 Leopold was in the Russian army during its European campaign of 1813-1814 as a general lieutenant. In March 1814, as the Russian army entered Paris, Leopold wrote: “I can’t remember a moment more beautiful in my life than entering as a victor into the city where I spent time so miserably” (here, Leopold meant the years he had to spend at the court of Napoleon, his family’s oppressor). Leopold shone at the restored court of the Bourbons, accepted at the houses of the highest civil and military servants of France. But with this triumph, the story of his Russian service ends. 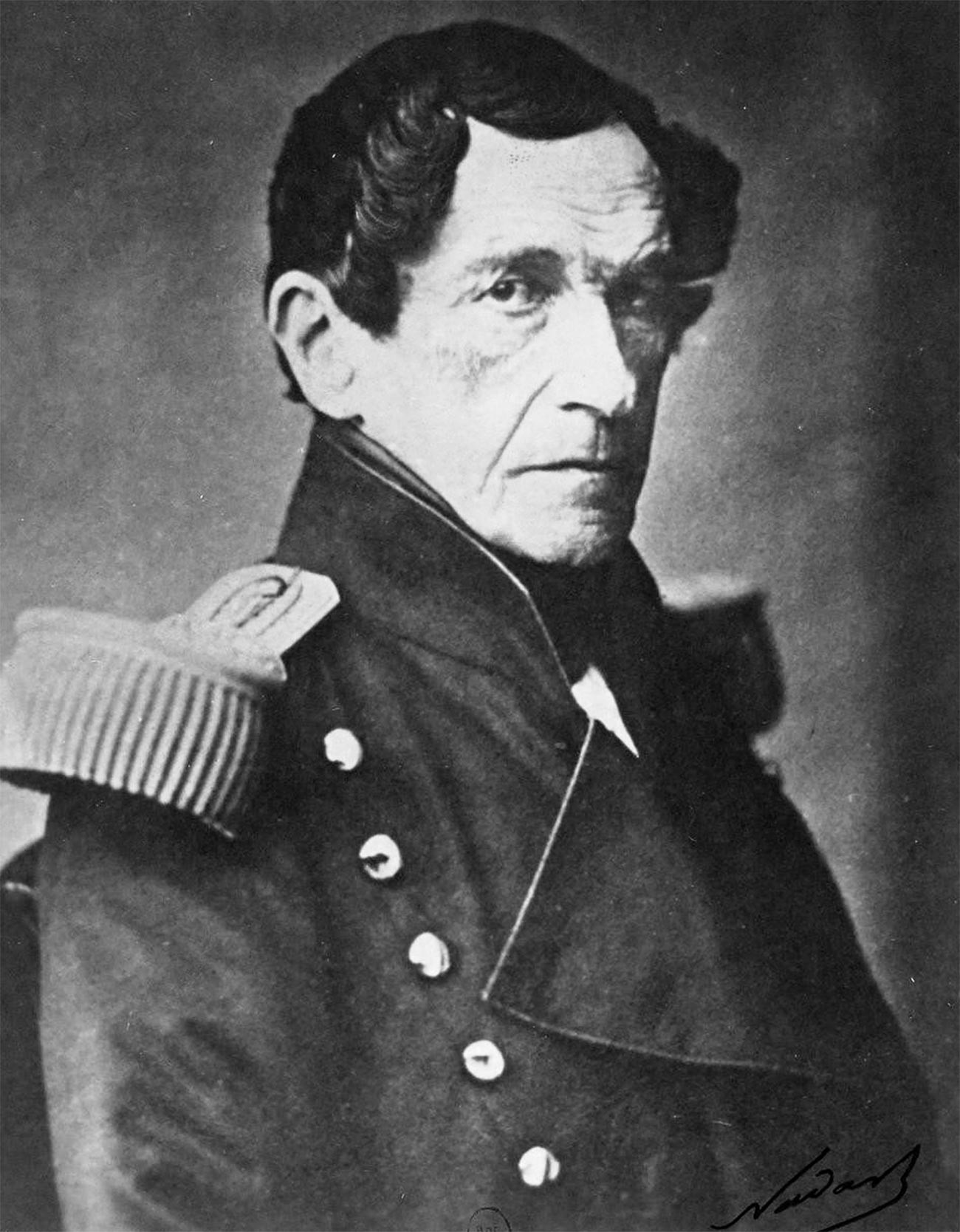 Leopold I in his later years (photo)

Still, there was yet something his Russian royal friends did for him. Grand Duchess Catherine Pavlovna, sister of Emperor Alexander, introduced Leopold to Princess Charlotte Augusta of Wales (1796-1817), who became his first wife. With this marriage, Leopold gained the rank of general in the British army. His young wife died during childbirth in 1817, and their baby perished, too. However, this unfortunate event led to another marriage – Leopold’s sister, Princess Victoria of Saxe-Coburg-Saalfeld (1786-1861), married Prince Edward Augustus, Duke of Kent (1767-1820). They became the parents of the future Queen Victoria of England. Prince Edward died when Victoria was just 8 months old, so Leopold became her official carer until she was 11. Victoria loved Leopold and called him her ‘second father.’

Leopold’s heyday came in 1830, with the Belgian revolution. Belgium became an independent state and Leopold was elected its first king. The rest of his story isn’t related to Russia, but he certainly was a successful ruler who left his throne to his son and died in 1865, aged 74.