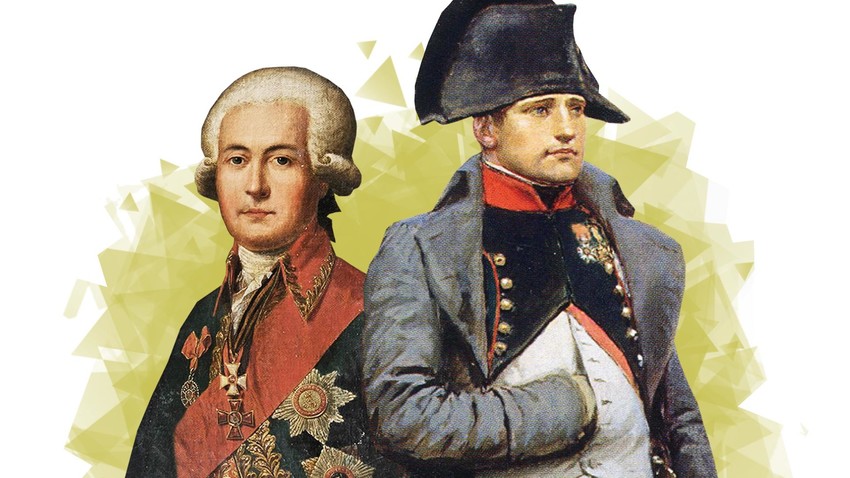 Public domain; Jean-Baptiste-Édouard Detaille
Bonaparte was once a hair’s breadth from enrolling into Russian service. If not for his arrogance, history could have turned out totally differently.

In 1788 in Florence, a Russian Lieutenant-General, Ivan Zaborovsky was accepting foreign officers into Russian military service in order to recruit them for a war with the Ottoman Empire. One day, Zaborovsky was told that some Corsican-born sub-lieutenant by the last name of Buonaparte was asking for an urgent personal audience with him. Normally, an officer of his rank would not have considered this, but the officer in question was Corsican, and the general was instructed to pay special attention to French officers coming from this region, so he gave his consent. 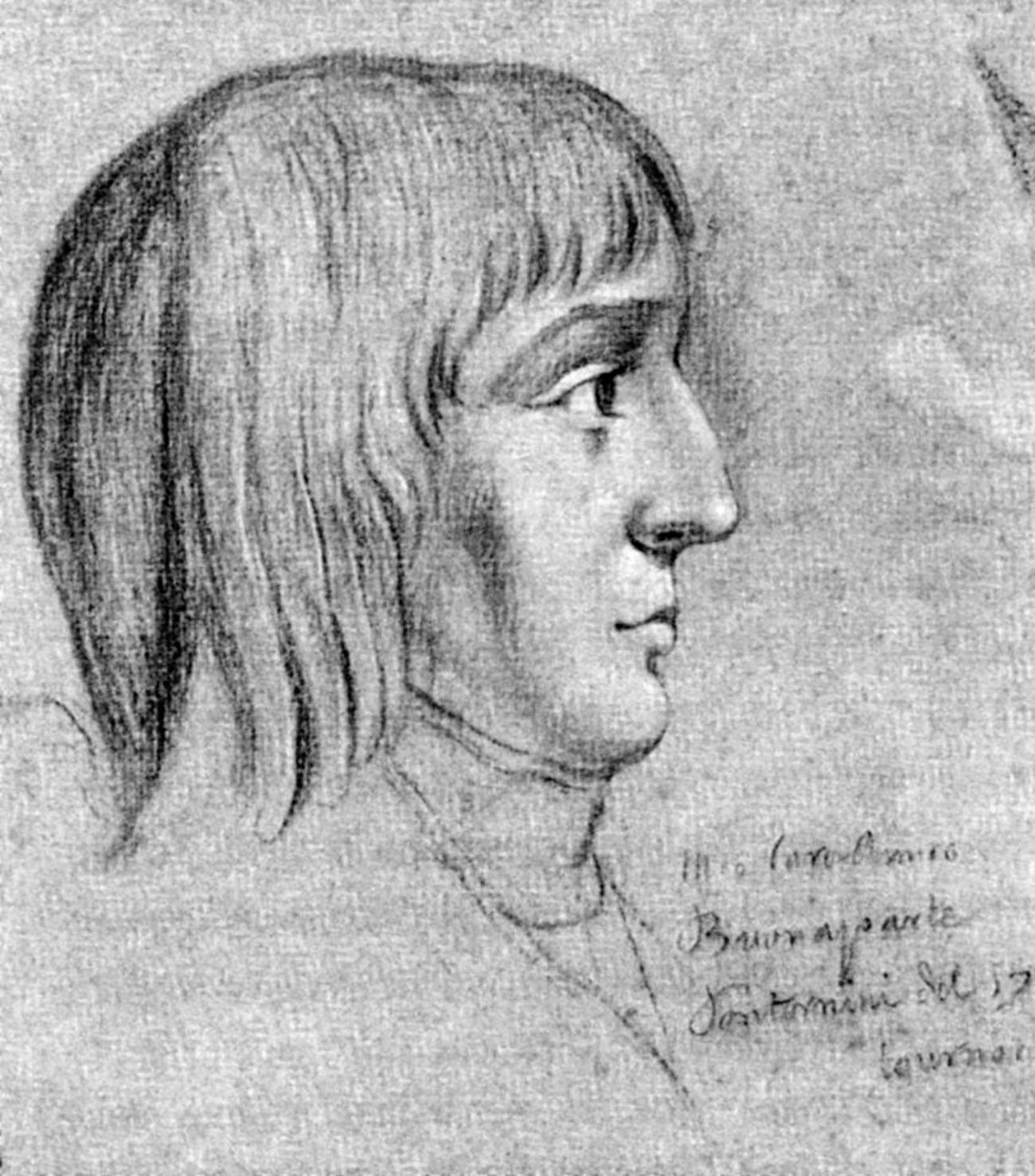 A pale, thin and emaciated 19 year-old sub-lieutenant entered his cabinet. He asked, even demanded, to be accepted into Russian service with the same rank that he had in the French army – which was against the rules Catherine the Great herself had recently introduced. Zaborovsky was a respected and seasoned general. He could possibly make an exception for some French general or colonel, but for an unknown sub-lieutenant? Impossible. Frustrated by Zaborovsky’s refusal, Buonaparte left his cabinet hastily. In fact, he almost ran out, shouting in disdain: “I’ll enter the Prussian service! The Prussian king will make me a captain!”

What was this all about? What preceded this strange incident?

Napoleon Bonaparte left his home in Corsica island in 1779, shortly before turning 10 years old, to enroll in the Military School at the town of Brienne-le-Château in north-central France. Although a kind of outcast (because of his marked Corsican patriotism), Napoleon managed to excel in maths, history, and geography, and upon graduating from the school in 1784, chose the career of an artillery officer. He was accepted in the École Militaire in Paris, which he finished ahead of the schedule in 1785 in the rank of sub-lieutenant and started serving in the French army. 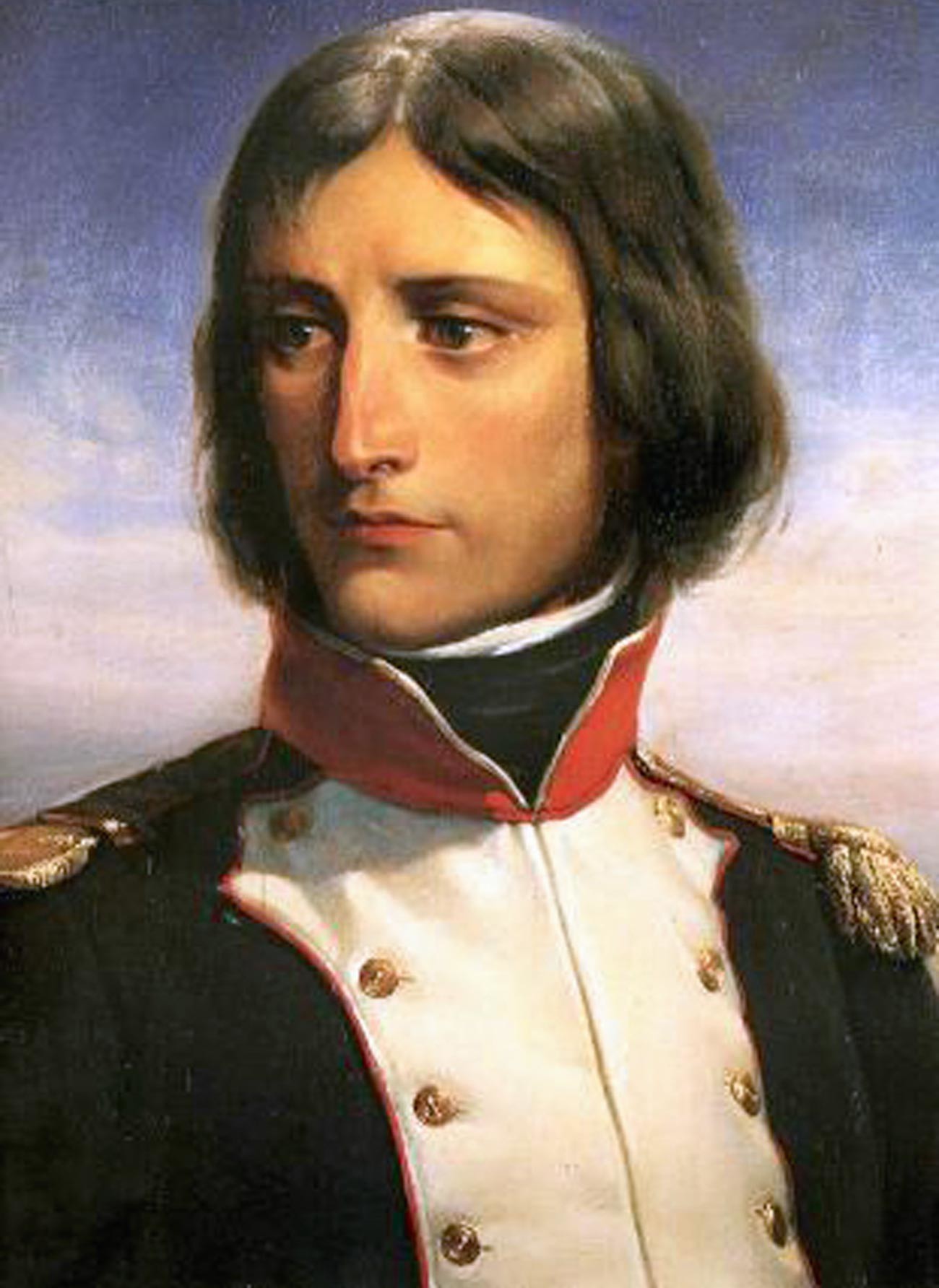 Napoléon Bonaparte in 1792, Lieutenant Colonel of the 1st Battalion of the French National Guard

Earlier this year, Napoleon’s father, Carlo Buonaparte, died, leaving behind a big debt to the French government (his business that he started in his later years, had failed). Napoleon, although not the senior son in the family, took on the responsibilities of the family’s head. Shortly after starting his real military service, he had to ask for a temporary discharge to support his family and returned to Corsica for the first time in years. Napoleon had to prolong the discharge twice, and even after returning to service in 1788 in the same lowly rank of sub-lieutenant, lived a rather frugal lifestyle – he had to send most of his pay home to his widowed mother. Often, the future First Consul had to literally starve, surviving only on his relentlessness and grit.

Desperately looking for ways to kick-start his stalling military career, Napoleon almost enrolled into Russian military service. In 1788, a war between the Russian Empire, ruled by Catherine the Great, and the Ottoman Empire, was underway. Lieutenant-General Ivan Zaborovsky was sent by Catherine to Southern Europe to recruit foreign officers to serve in the Russian Imperial army. What could lure Europeans into the Russian service was money – the Russian army paid much higher salaries than any of the European ones. Zaborovsky had orders to pay special attention to officers coming from Greece, Albania, and Corsica – they had long-standing traditions of war with the Turks, and were summoned to the Russian army under the motto of the “war of Christians against the infidels.” 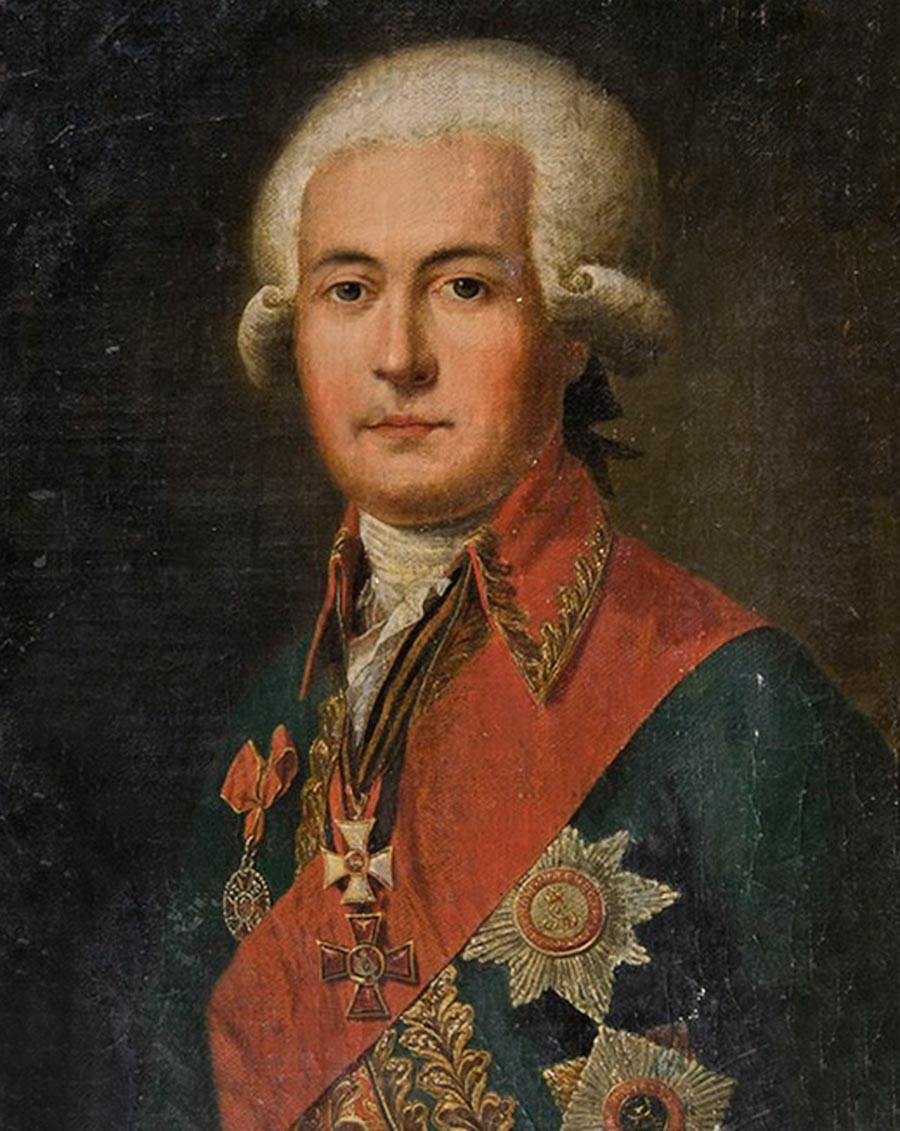 However, not long before that, Catherine issued an order to accept foreigners into the Russian army only by downgrading their military rank one step. Taking this into account, Napoleon would have had to become a praporshchik – the lowest officer’s rank in the Russian Imperial army. No, the ambitious Bonaparte wouldn’t allow this. After all, he was a preliminary graduate of the École Militaire in Paris! So he tried to reason with general Zaborovsky in person, as described. 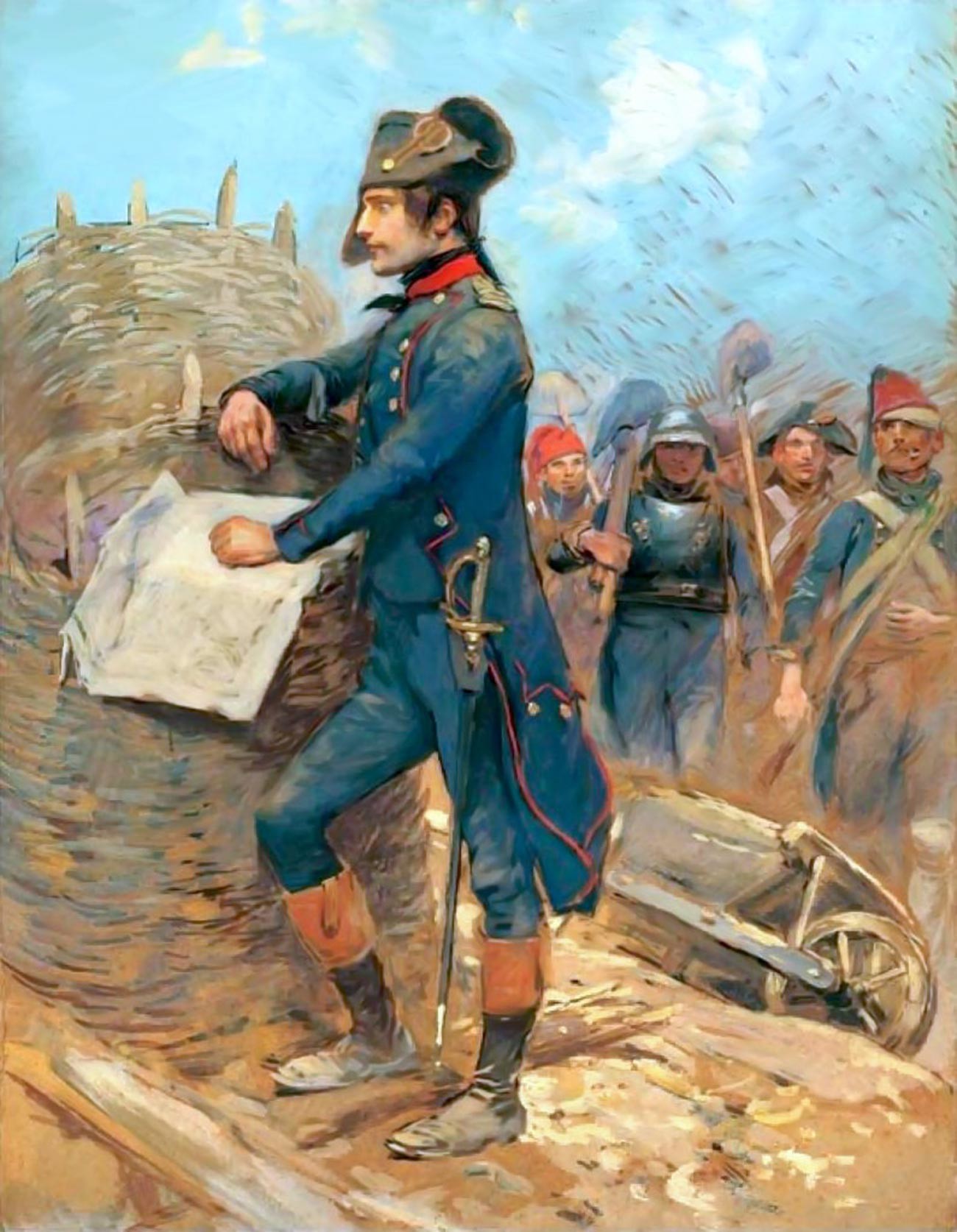 Napoleon at the Siege of Toulon

No, Napoleon didn’t enter the Prussian service, as he promised in mixed emotions. He returned to his regiment, and was promoted to lieutenant only in 1791, after the French Revolution had already happened.

However, after that, his career skyrocketed. He went back to Corsica, where he entered the French National Guard and was soon promoted to lieutenant colonel, then downgraded to captain, but in 1793, after his famous feat during the Siege of Toulon, promoted to brigadier general.

In 1812, when Napoleon’s army entered Russia, Ivan Zaborovsky, already 77, was living in Moscow, serving as a senator in one of the Moscow departments of the Governing Senate of the Russian Empire. An old man, he couldn’t command or take part in battles, so, just like most of Moscow nobility, he had to flee to the countryside. However, Zaborovsky lived to see Napoleon defeated and ousted from Russia. Ivan Zaborovsky died in 1817.