How a statue of a Russian princess appeared in Westminster Abbey 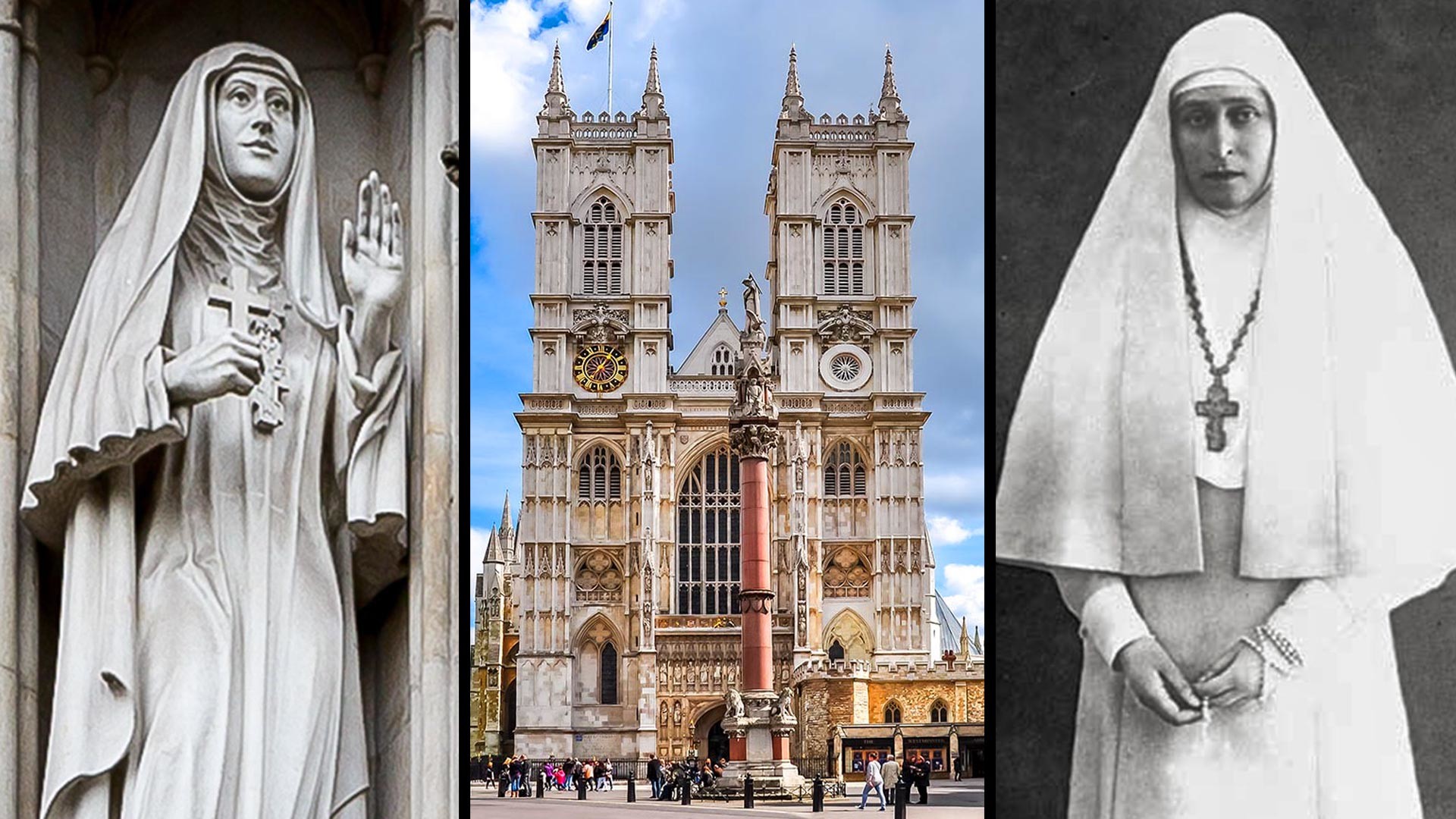 CEphoto, Uwe Aranas; Getty Images; Archive photo
This relative of the last Russian tsar was also brutally killed by the Bolsheviks. Now her figure stands among other martyrs alongside Martin Luther King.

The fate of Nicholas II and his family is well-known. Exiled to the Ural city of Yekaterinburg, they were executed in cold blood in the basement of the house where they were staying. (Read more about the murder of Russia’s royal family). Later, in the 1990s, they were canonized and officially declared martyrs. Now the Russian state is trying to preserve their memory through nationwide billboards with slogans such as “Forgive us, Sovereign.”

But other members of the Russian royal family also suffered greatly, as the Bolsheviks systematically murdered many of the Romanov grand dukes. One of the most atrocious, yet almost forgotten incidents took place not far from that same city of Yekaterinburg.

Who was Elizaveta Fedorovna Romanova

Born Princess Elisabeth Alexandra Louise Alice of Hesse-Darmstadt, she was the elder sister of Alexandra Feodorovna, the last Russian empress, wife of Nicholas II. Ella and Alix were very religious from childhood, and on becoming members of the Russian imperial family, both converted to Orthodox Christianity and engaged in charity work. 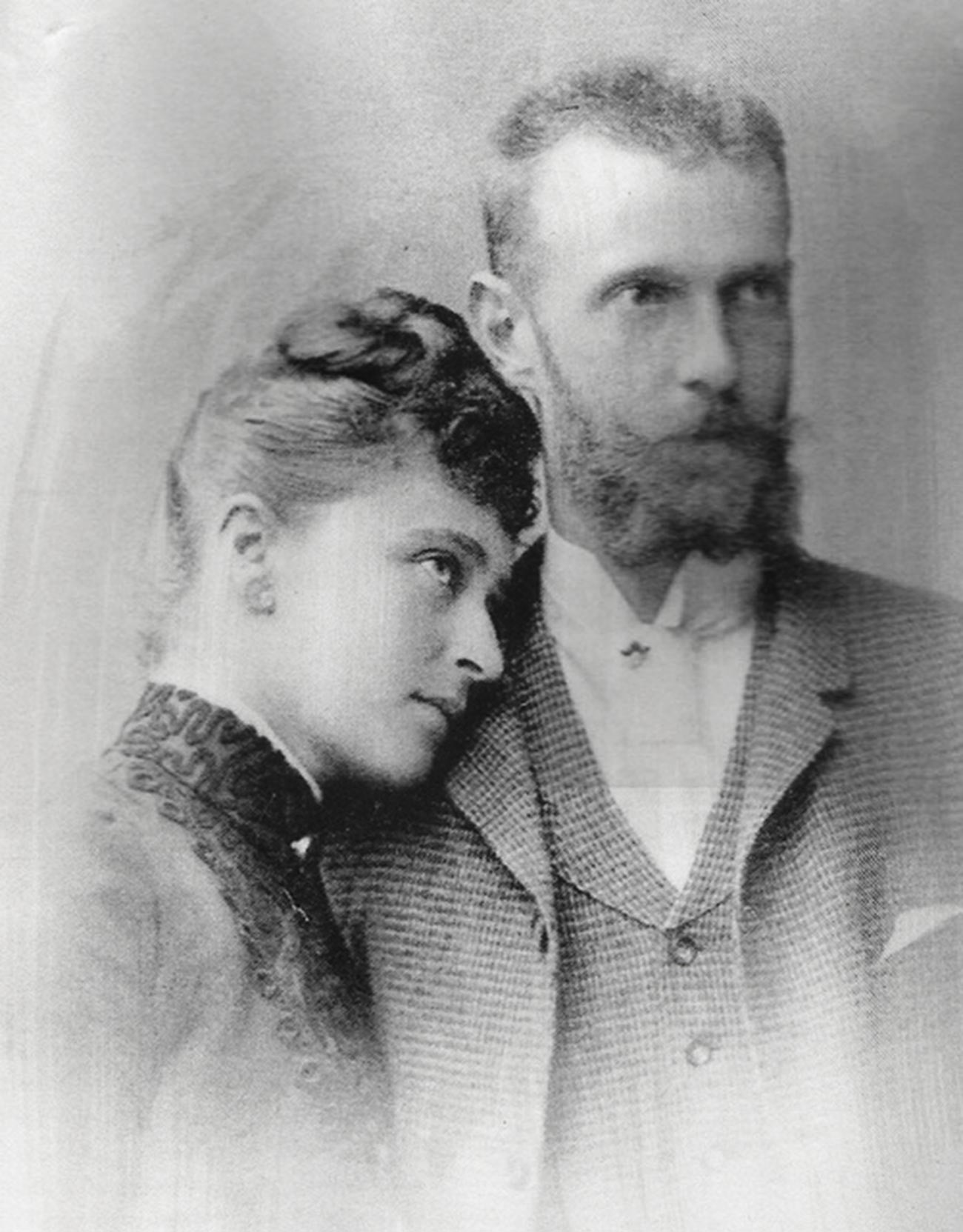 Ella married Grand Duke Sergei Alexandrovich Romanov, uncle of Nicholas II and a very influential man as Moscow’s governor-general. Together, the couple made a pilgrimage to the Holy Land, and for a long time she and her husband chaired the Imperial Orthodox Palestinian Society, which organized humanitarian missions.

Despite her pious lifestyle, Ella’s fate was miserable. She bore no male heirs, and in 1905 her husband Sergei was assassinated by terrorists. Revolution was in the air, and he was an outspoken opponent of any constitution or weakening of the autocracy.

The deeply grieving Ella nevertheless displayed tremendous kindness and mercy, visiting her husband’s killer in prison and even petitioning the tsar to pardon him, but to no avail.

Later, she founded the Martha and Mary Convent in Moscow, where she provided the poor with medical care, food and shelter. 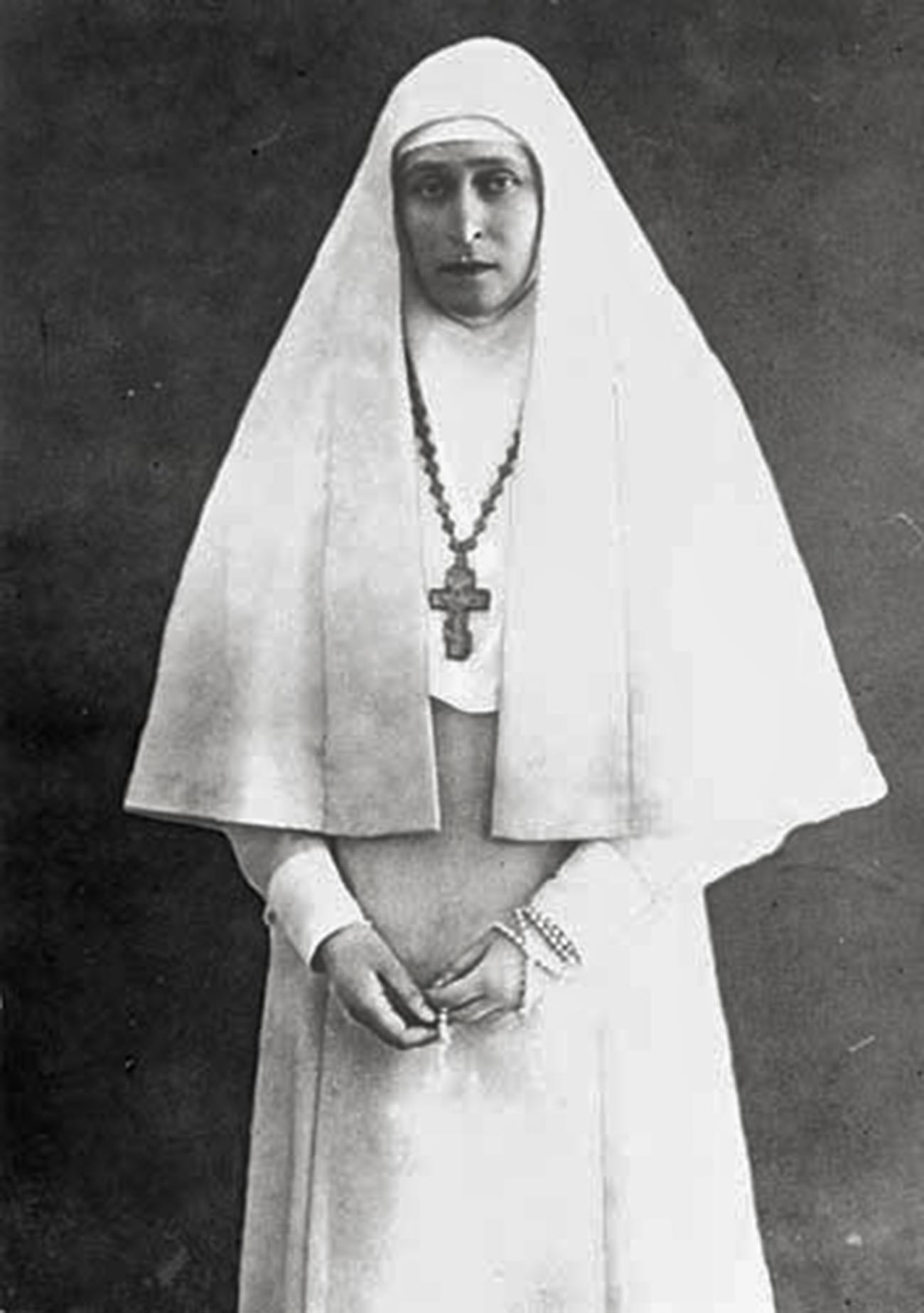 In the spring of 1918, Ella was arrested by the Bolsheviks and, together with many members of the imperial family, exiled to the Urals. On July 18, 1918, the day after Nicholas II and his family were shot, she and a fellow lay sister from the Martha and Mary Convent, as well as five other Romanov grand dukes and princes, were thrown down a mine shaft in the town of Alapayevsk near Yekaterinburg. The Bolsheviks shot one victim beforehand, while the others were thrown in alive, followed by hand grenades — all died long and painful deaths. According to legend, locals heard prayers and singing coming from the mine for several days afterwards. 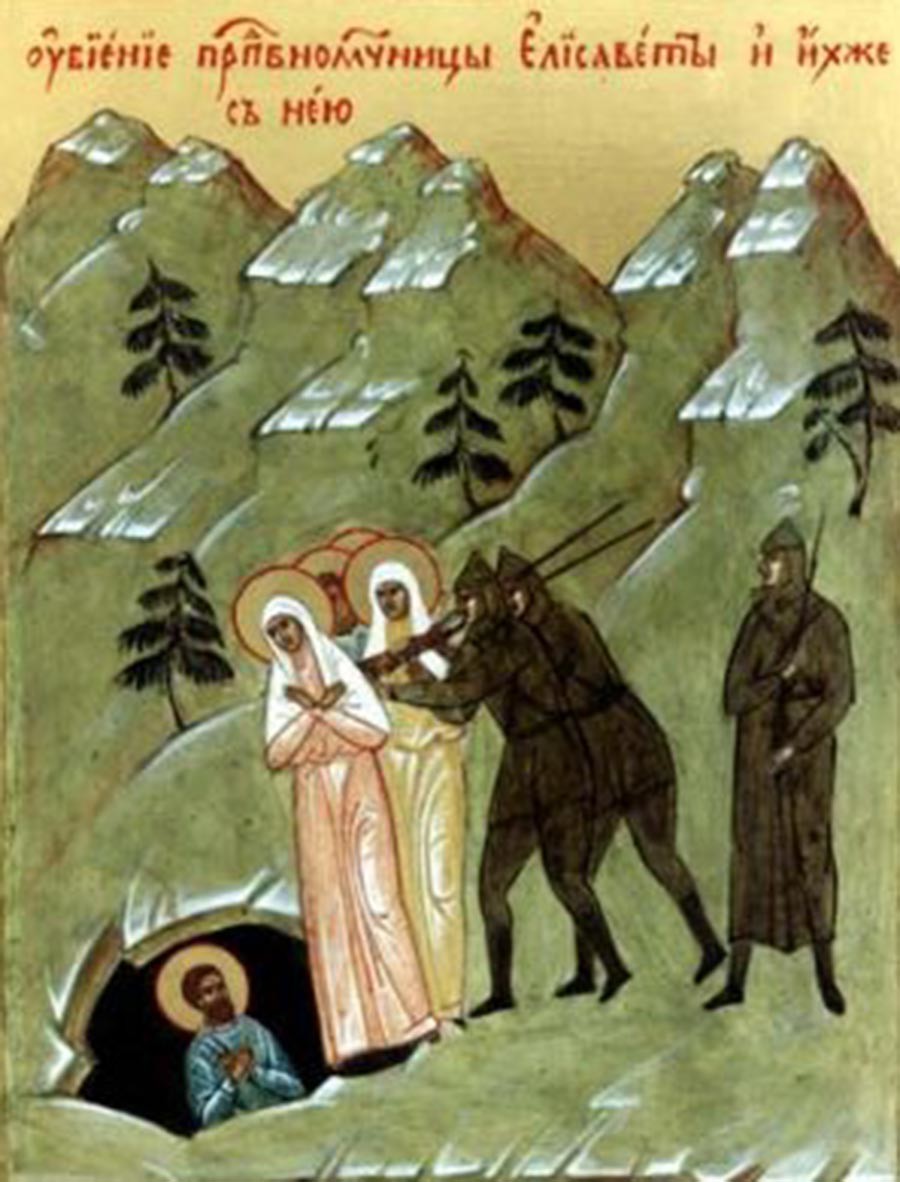 Murder of Elizabeth and other 'Martyrs of Alapaevsk', icon from the

The Russian Civil War was already raging, and by autumn the Bolsheviks had retreated, the city being occupied by troops of the monarchist White Guards. They retrieved the bodies of the dead and gave them a church burial. When the Whites were in turn forced to retreat, Ella’s coffin journeyed with them, and was eventually taken to Jerusalem, where she was buried according to her wish.

Why is there a statue of Elizabeth in Westminster Abbey

In the 1990s, the Russian Orthodox Church elevated Princess Elizabeth and all the “Martyrs of Alapayevsk” to sainthood, and the Alapayevsk Monastery of New Martyrs of Russia was founded at the site where they perished in their honor. Several churches and chapels are dedicated to Ella throughout Russia. The Martha and Mary Convent still works, and a monument to its beneficent founder stands there. 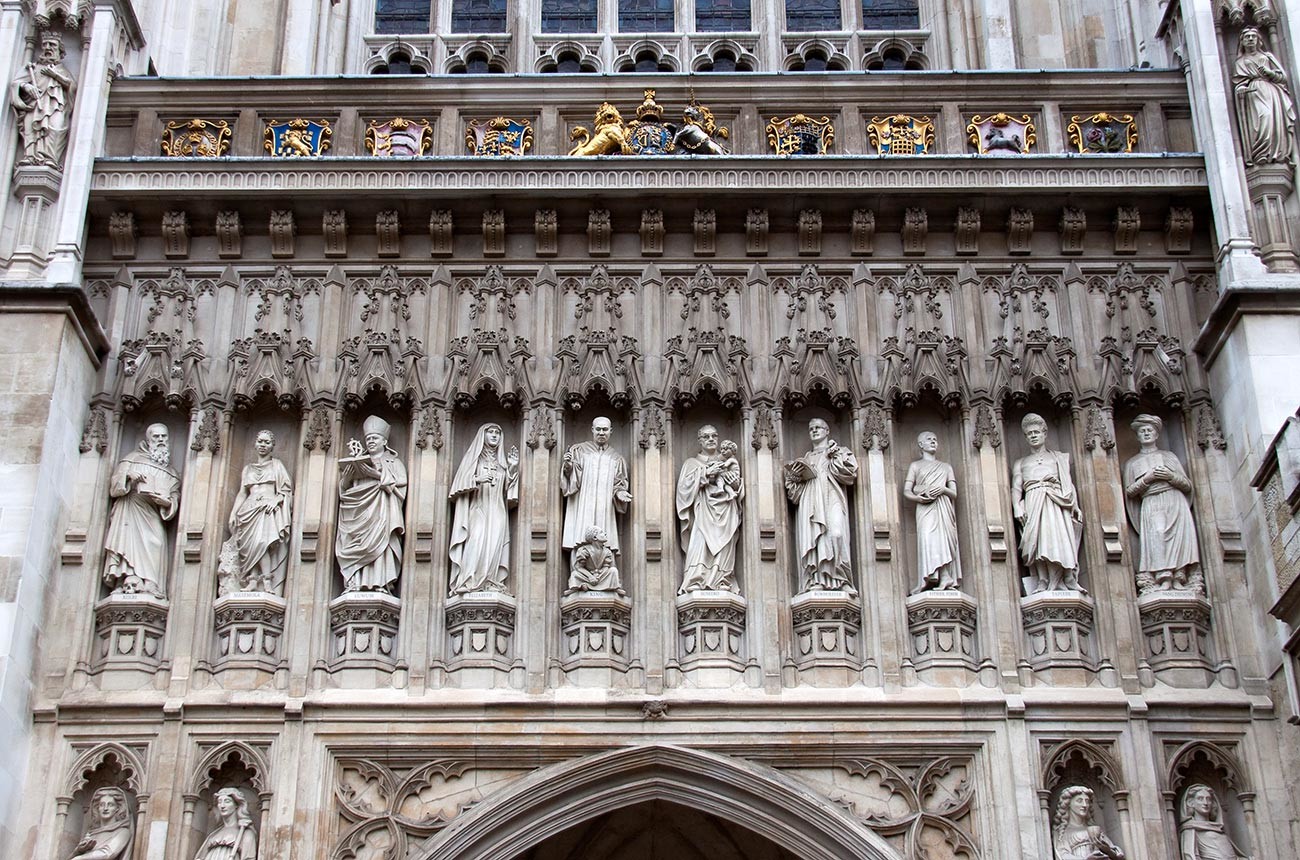 Statue of Elizabeth — fourth from the left 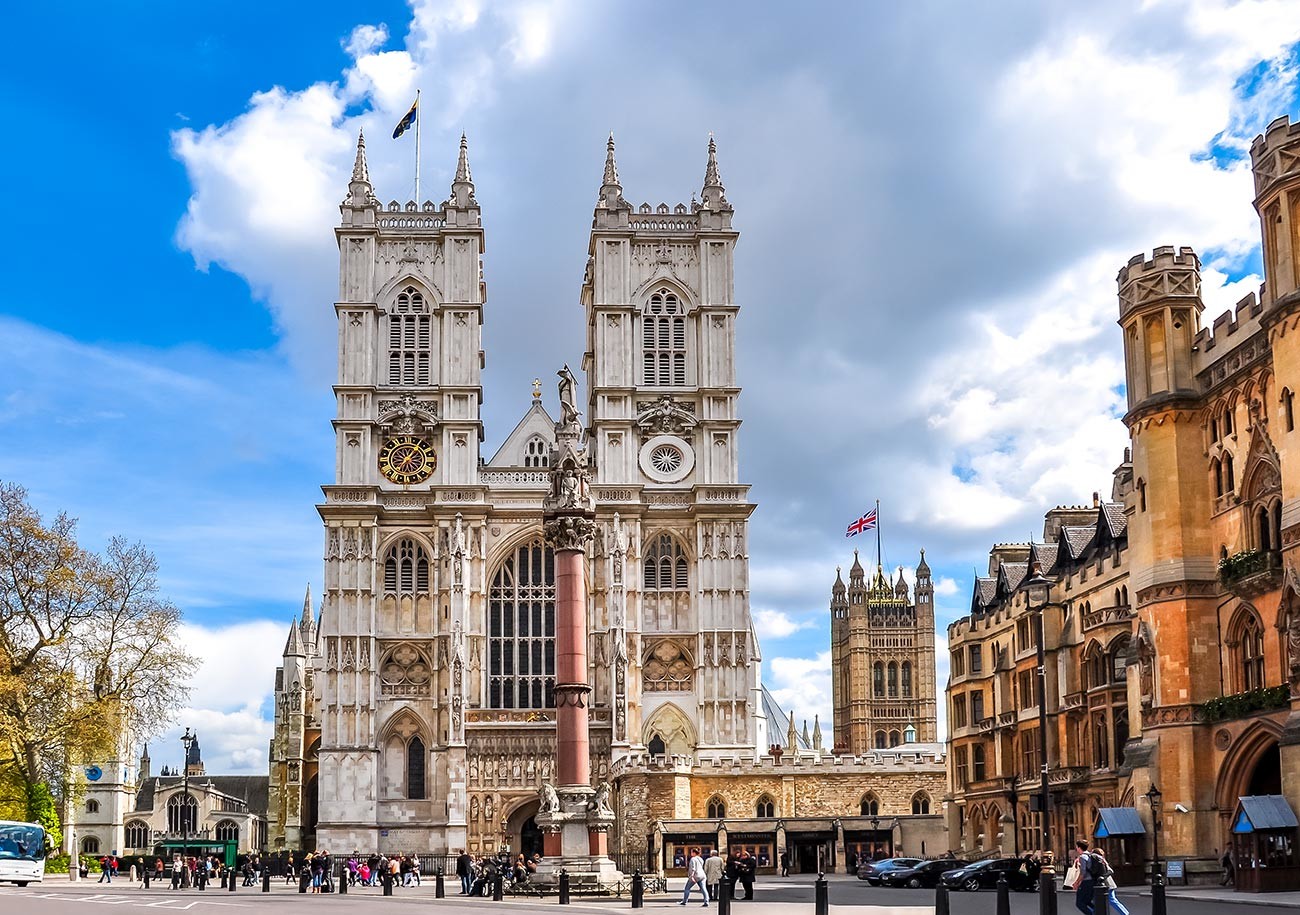 The Russian Orthodox Church Outside Russia canonized Elizabeth back in the 1980s. Then in 1998, on the western wall of Westminster Abbey, it was decided to install statues to all the “new” great martyrs of the 20th century. Ella is there, next to Martin Luther King. 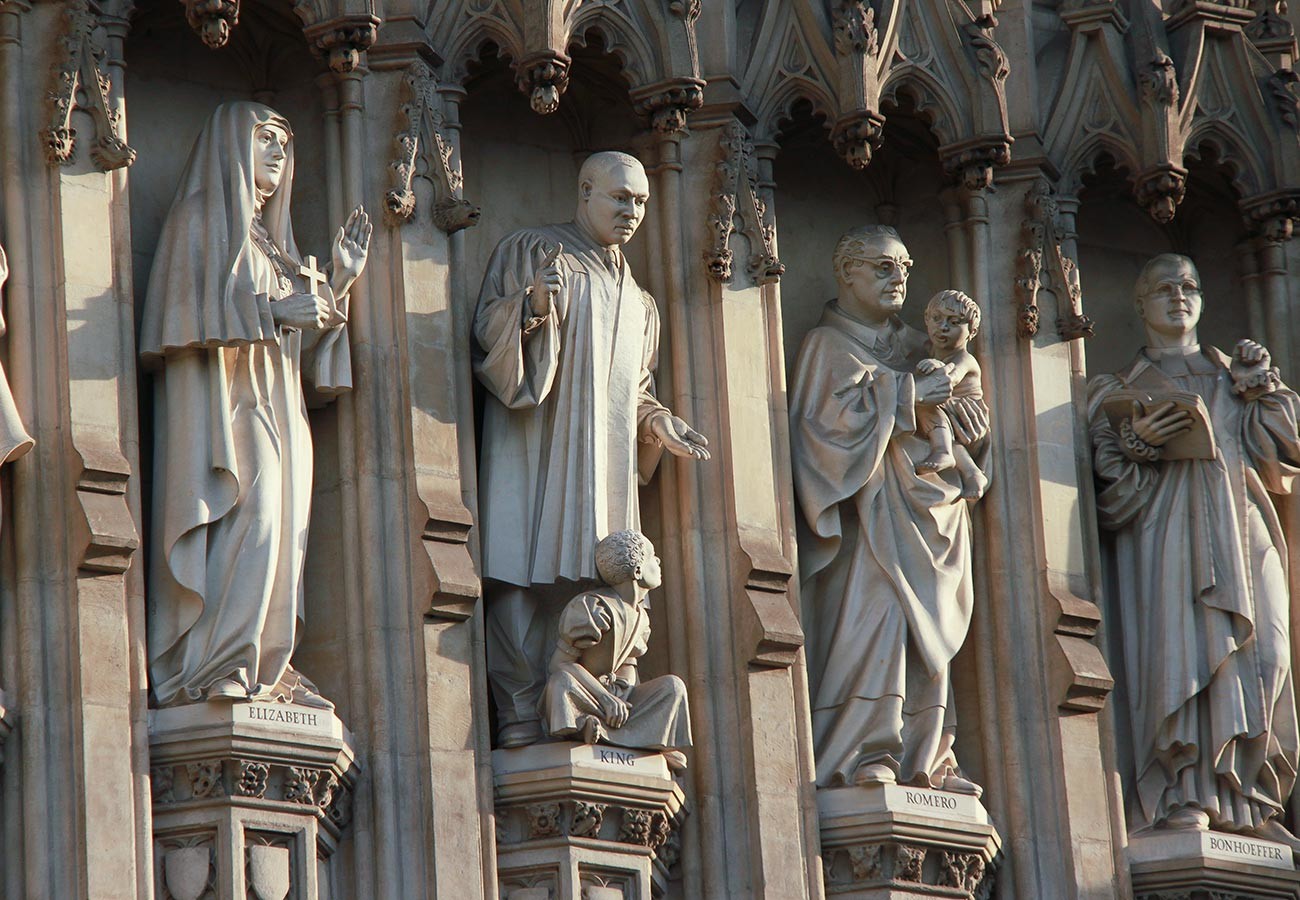 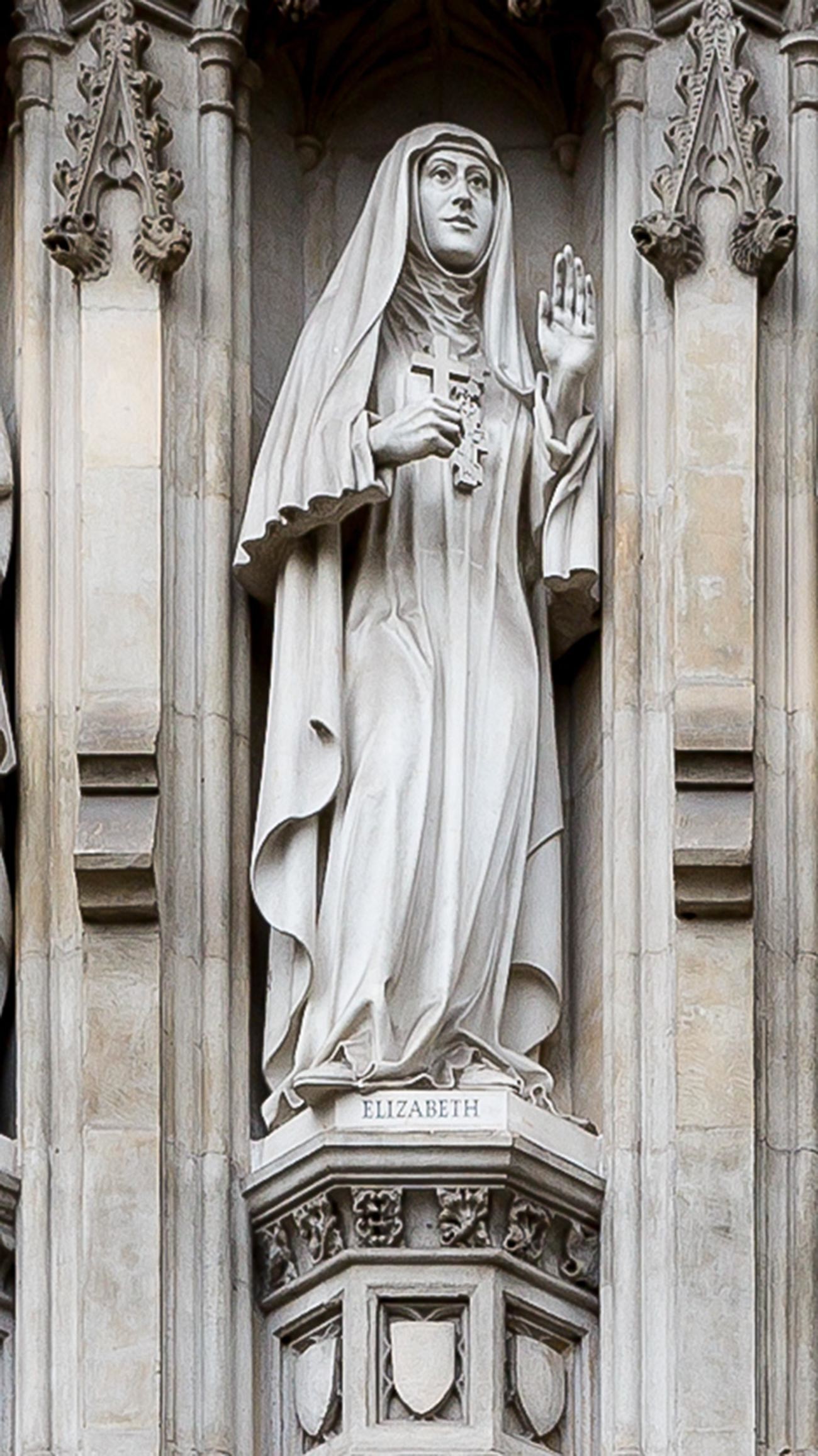 But there is another reason why Ella now stands immortalized in stone in central London — she is very closely associated with the British royal family. Ella and her sister Alix were granddaughters of Queen Victoria. 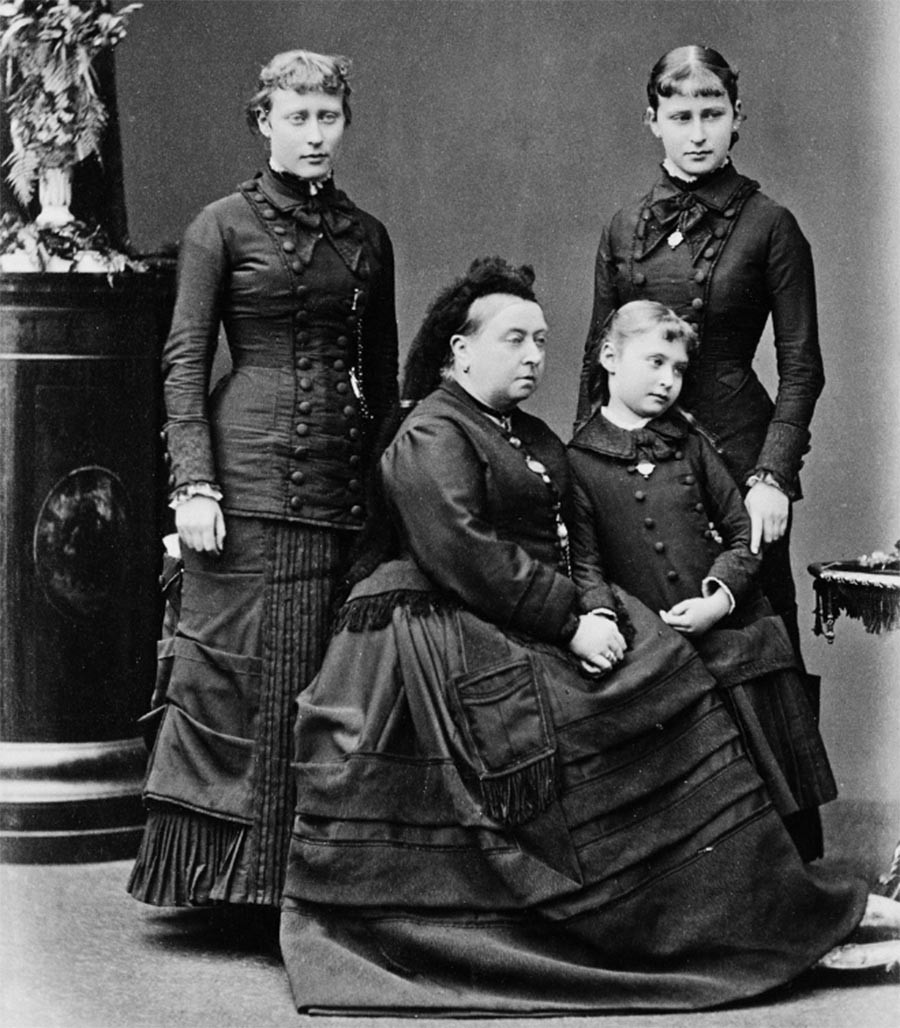 Their mother, Alice, died early of diphtheria, and their father, Duke Ludwig IV of Hesse-Darmstadt, entered into a new, morganatic marriage. Thus, Ella and Alix were raised from an early age by their grandmother, Queen Victoria, and lived at Osborne House on the Isle of Wight.